"In a river beside an old bridge in York England… what the heck is this?" 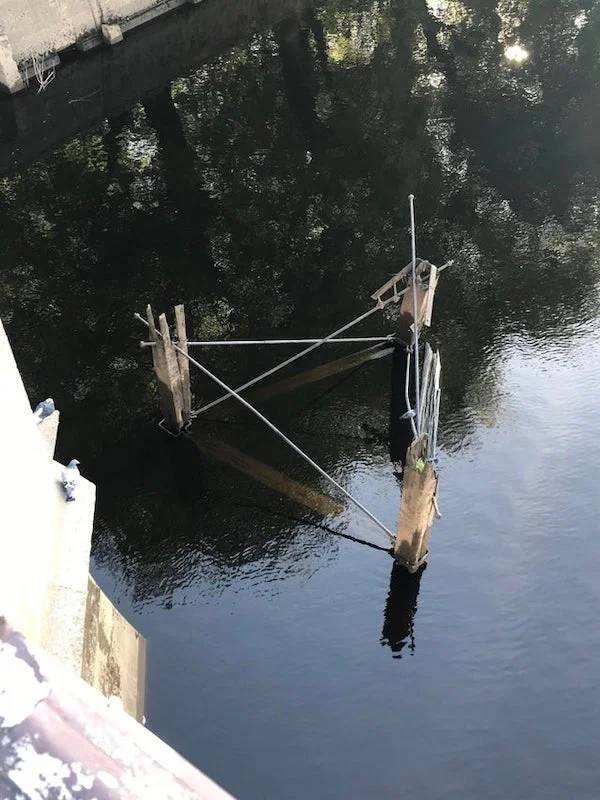 A: "The remnants of a old bridge or pier"

"What is this? Looks like a loaf of bread on one side and was squishy to the touch. I think it’s some kind of sea slug but I’m not sure" 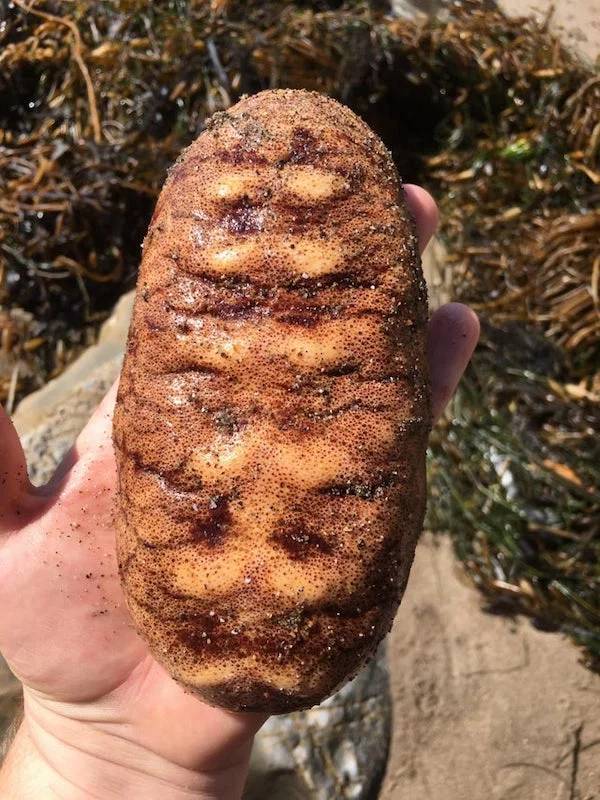 "What is this 1-inch tall doll we found in our mailbox? Whatever is on its head is burnt." 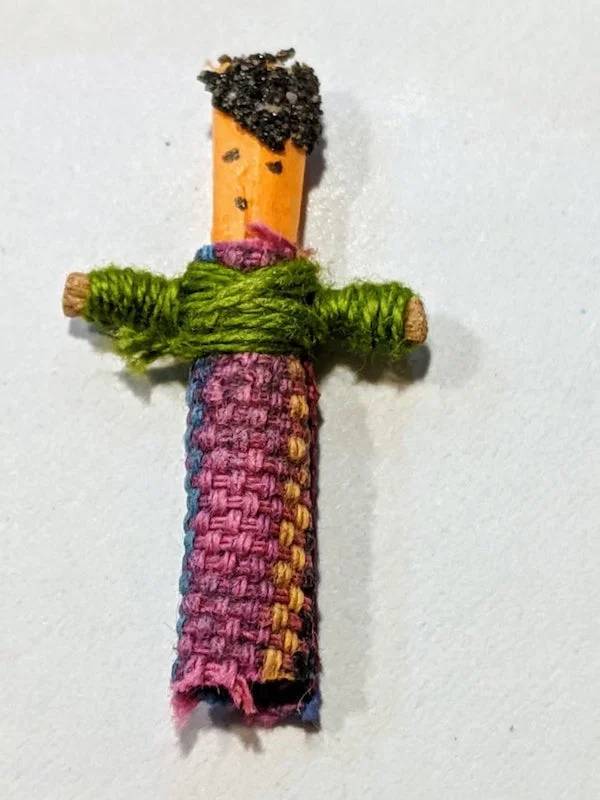 "Found these metal detecting an old home site? Are these old shoes or shoe bottoms? House was mid 1800-early 1900s" 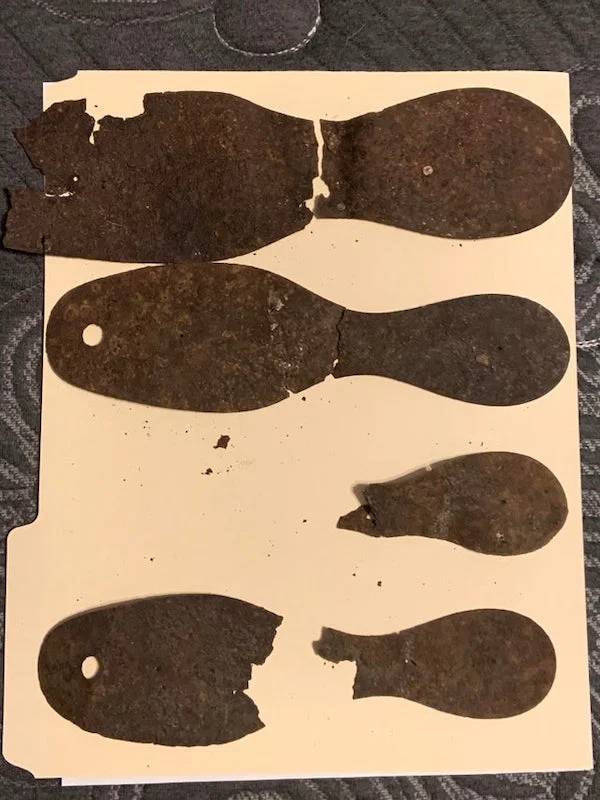 A: "Templates for fabric or leather."

"What is this strange little wooden box with flaps hiding religious pictures?" 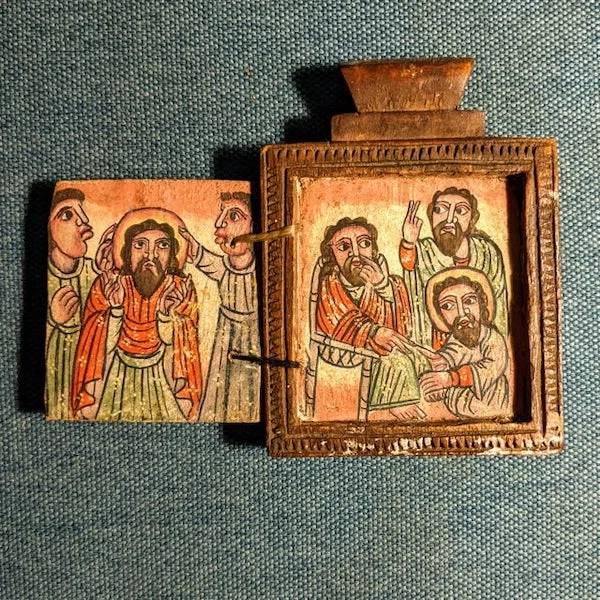 A: "It’s an icon. They’re very common in the Eastern Orthodox churches. They are a focus for prayer."

"What are the little black things used to bind the two right strings? They are on an old classical guitar." 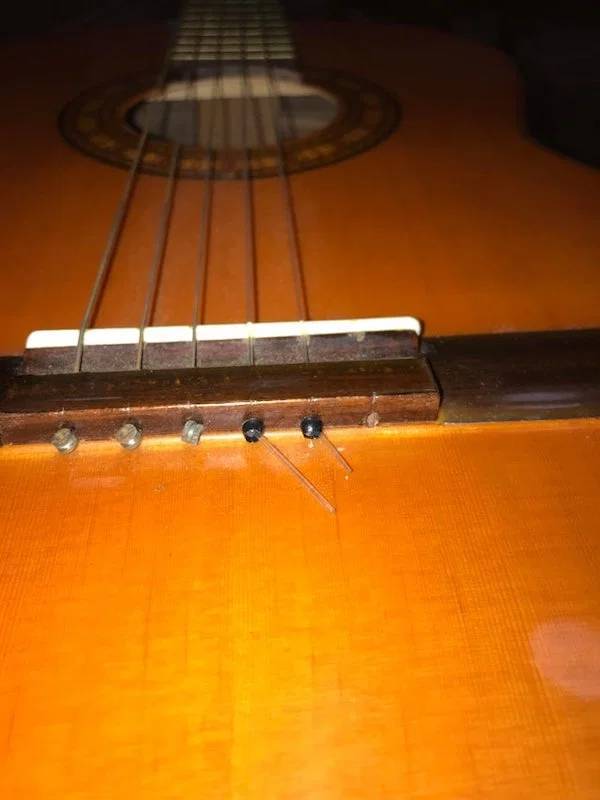 A: "They’re just to keep you from having to tie the strings to the bridge. Pretty much every steel string uses these. It’s not as common with classical strings, but it’s not unheard of."

"What is this large cage-like structure with no top?" 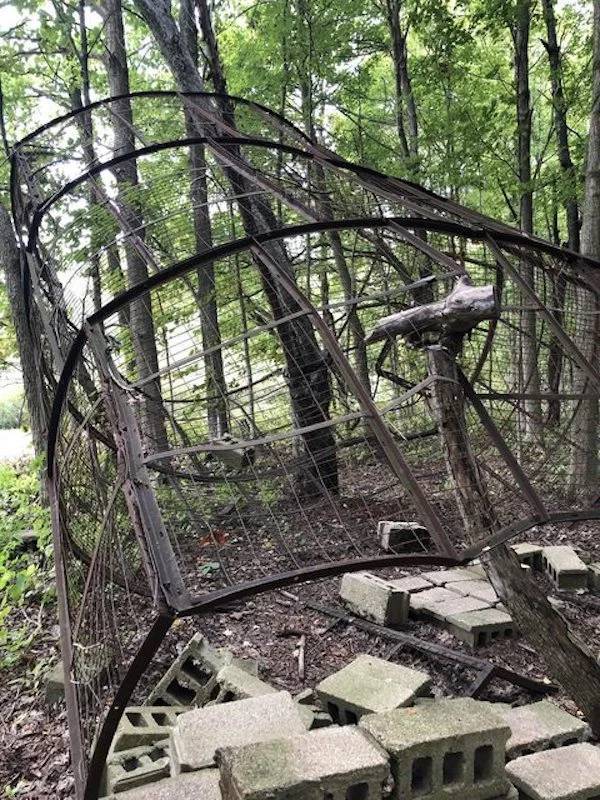 "This is some kind of measuring tool. The wheel on the bottom spins as you run it across a surface and the dial spins. Not sure what it’s measuring or what measurement it uses. Anyone have any idea what this thing is used for?" 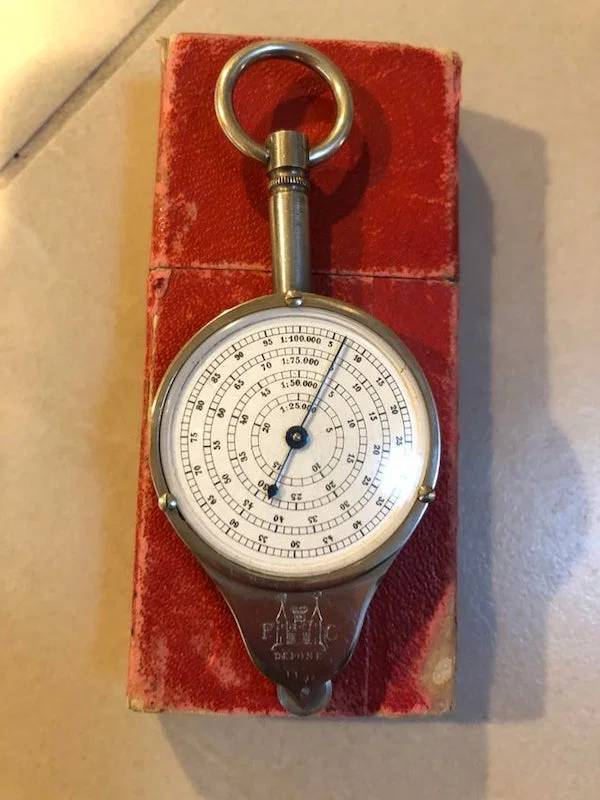 A: "It’s an opisometer, also called a curvimeter, meilograph, or map measurer. It measures a curved line (on a map) and allows you to translate the map’s scale to the distance the route covers."

"Sand like, but softer (it turn almost paste like when you rub it) stuff found in the cylinder on a MX5 having a new head gasket." 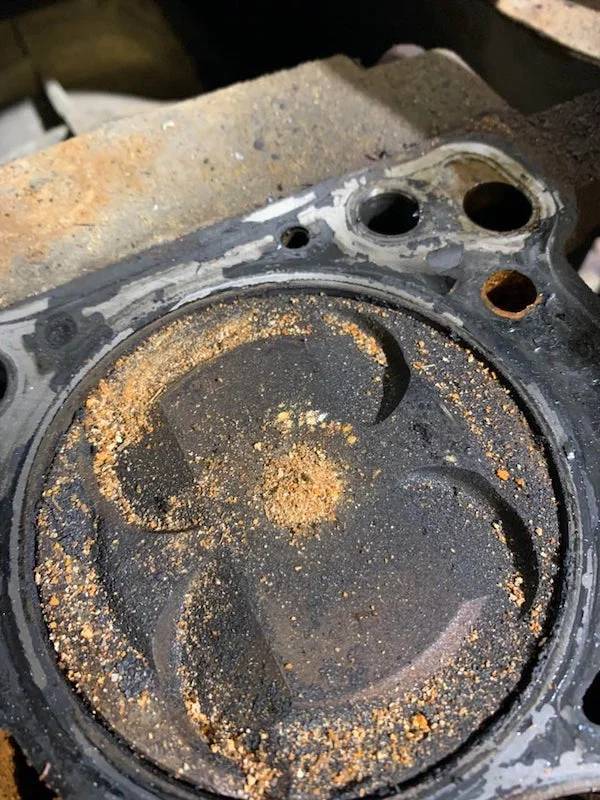 A: "Sediment left over from water in the coolant not being distilled" 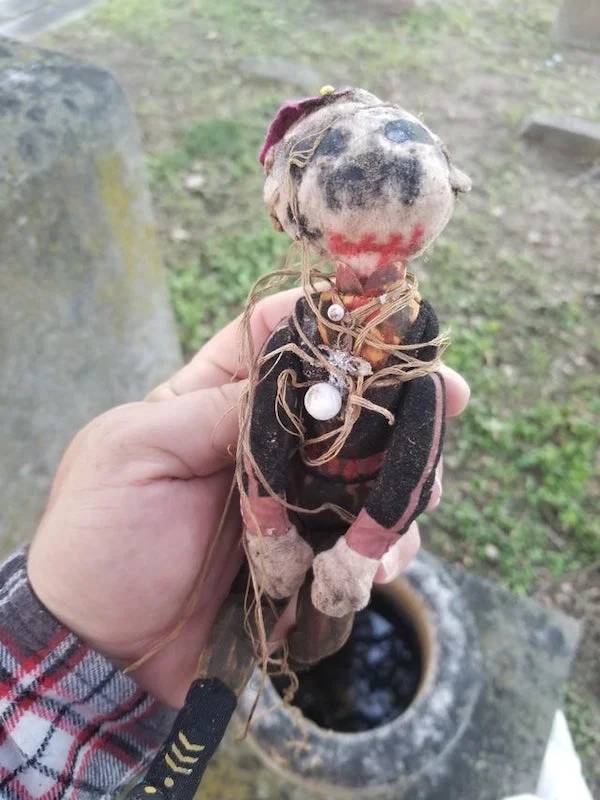 A: "I’m originally from Mexico and grew up hearing about different kinds of “brujeria” (witchcraft, not sure how to translate). Based on what I can make out of the written note, this is called an “amarre entierro”, a burial binding. Not sure if it’s tied up to Santeria or some other magic based religion, I’m not knowledgeable about this practices. I only know an entierro is used to curse a person and consists in making a doll representing that person with the damage you want to inflict upon them and burying it in a graveyard. Looks like the second photo of the note gives instructions on how to break the curse! It was too deteriorated to make out but I can read “to break the curse burial…you must find…3 crosses… and it will break the curse….you will never do it"

"What is this metal honeycomb thing I found mixed in with my frozen cauliflower after baking it?" 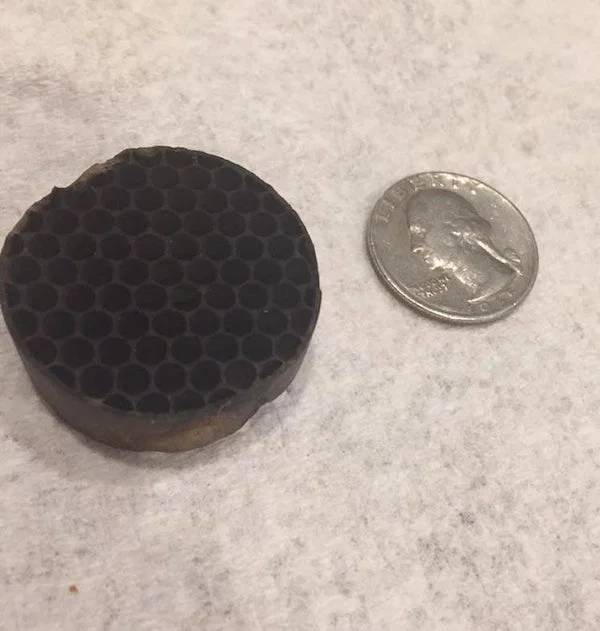 A: "Part of your oven. It goes in the vent tube between the oven and stove top."

"What is this thing I found while walking along the road" 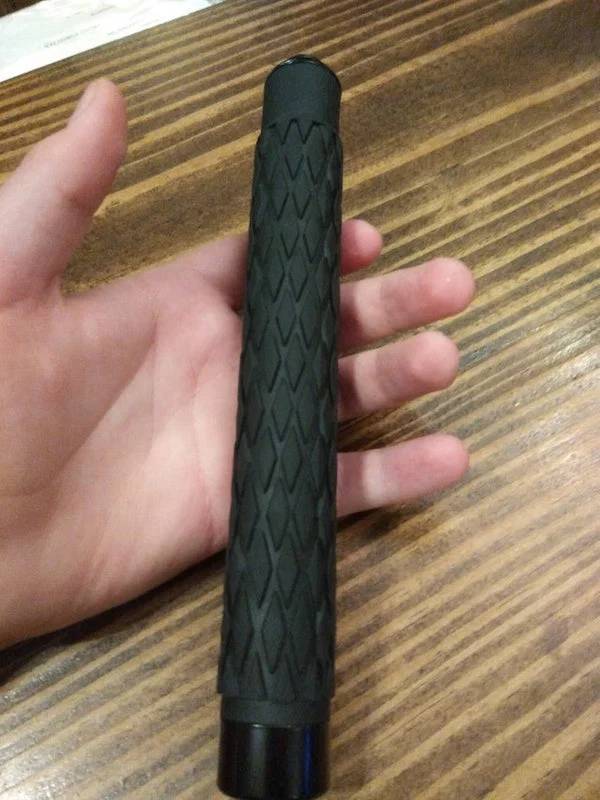 A: "Extendable baton. Give it a nice wrist snap and it will extend out. Need to hammer that roughed up tip into the ground to close it."

"My friend received this as a hand-me-down for an infant. Any ideas?" 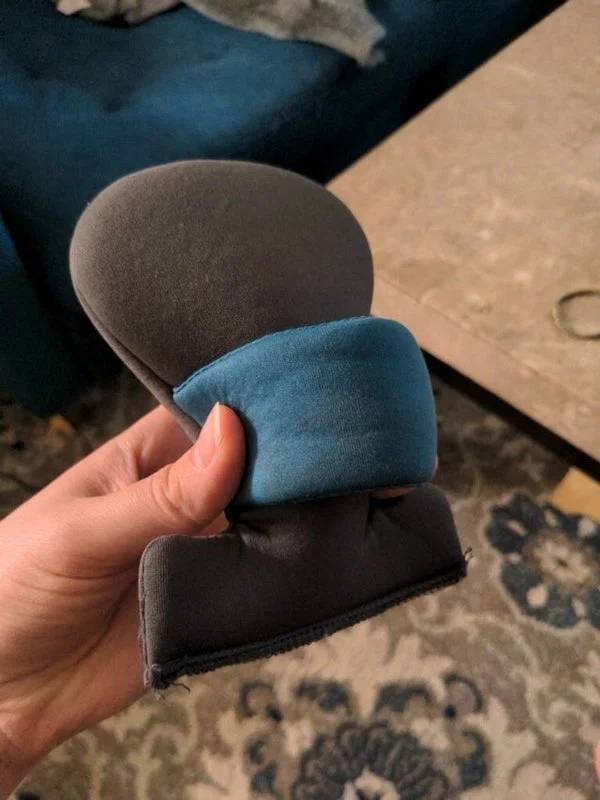 A: "Its a pad to cover the buckle between their legs in a car seat"

"Old bookcase with a hole on the top?" 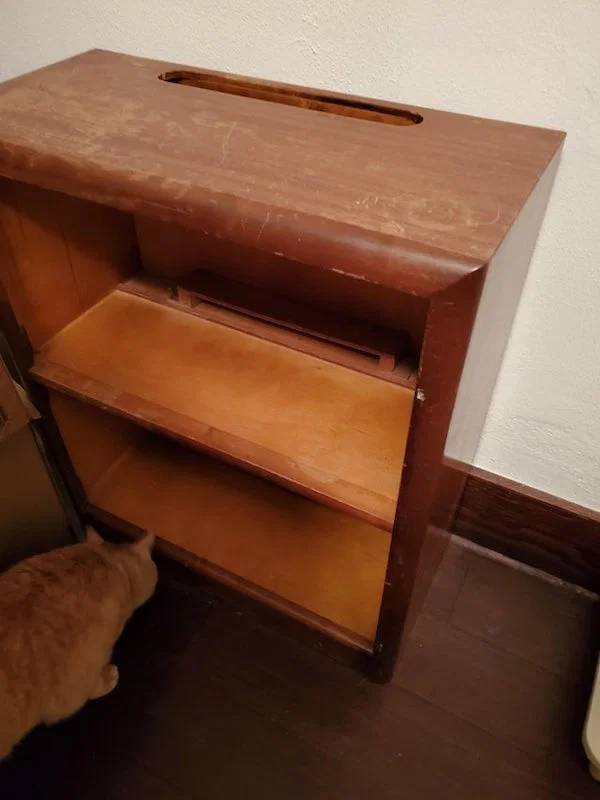 A: "Set of Encyclopedia Britannica go on the shelves and an atlas goes in that top spot."

"Small metal plate with patent dates from the 1800s. Heavy for its size. Anyone know what it is?" 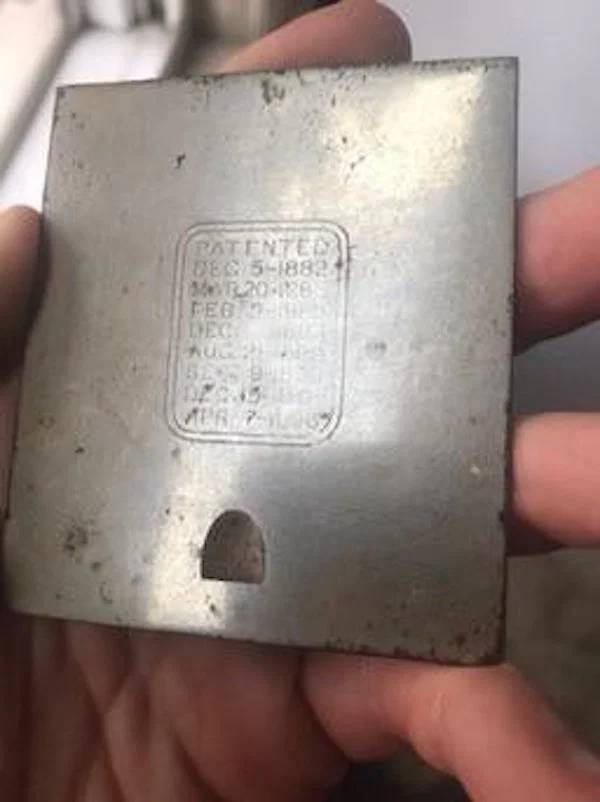 A: "Looks like part of a singer sewing machine."

"Found in a box of PC standoffs. Threaded on one end, and pointed on the other end. I was thinking maybe a pendulum?" 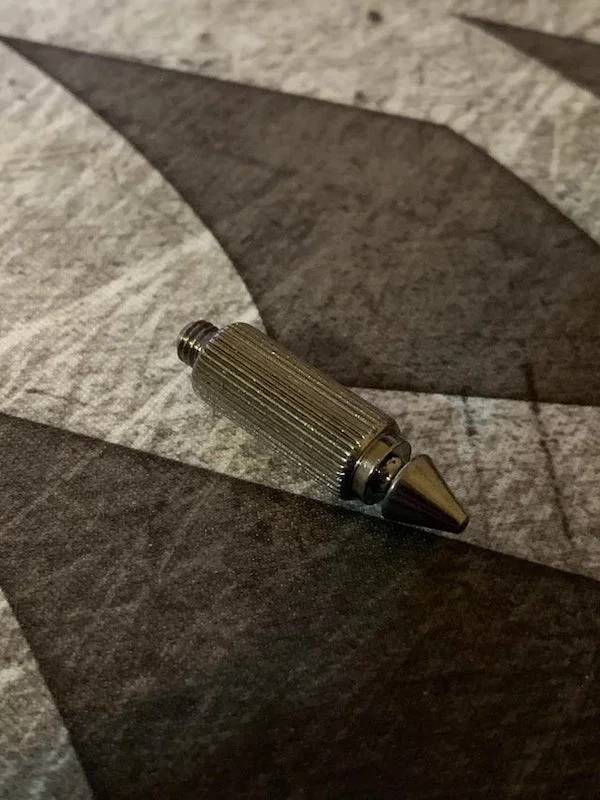 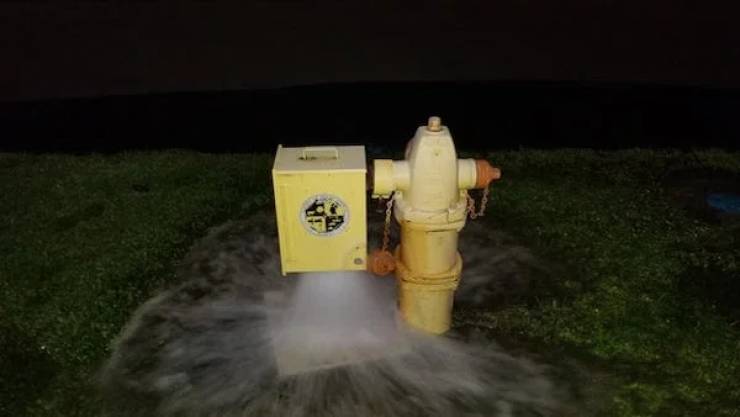 A: "It is an automatic hydrant flusher ."

"We just moved into a new house and the previous owners left this, it says to use recharble batteries only?" 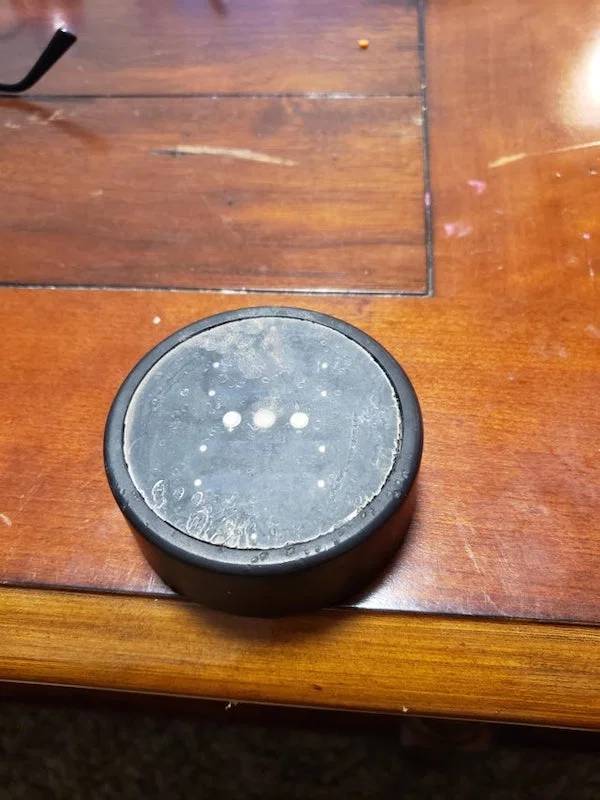 "These light scribbles started showing up on my radio display recently, they change shape every time it’s turned on" 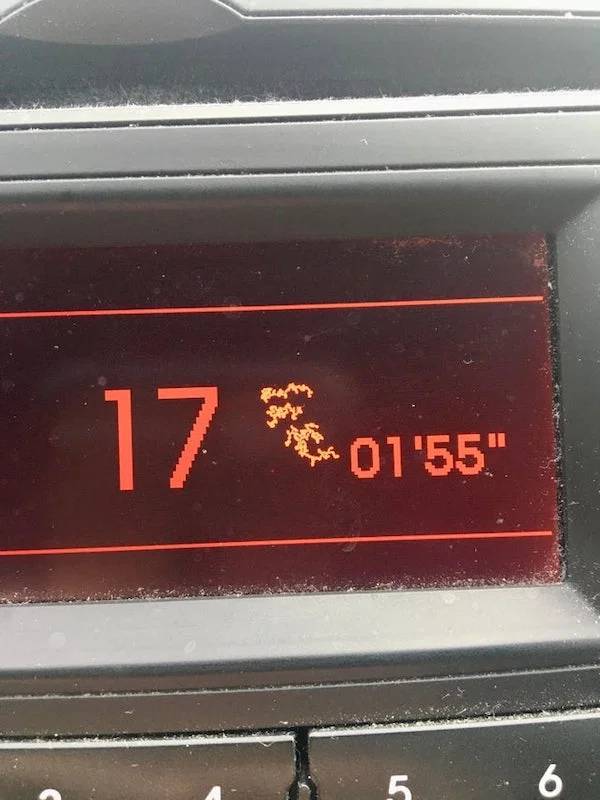 A: "It looks like the lcd display is probably going bad." 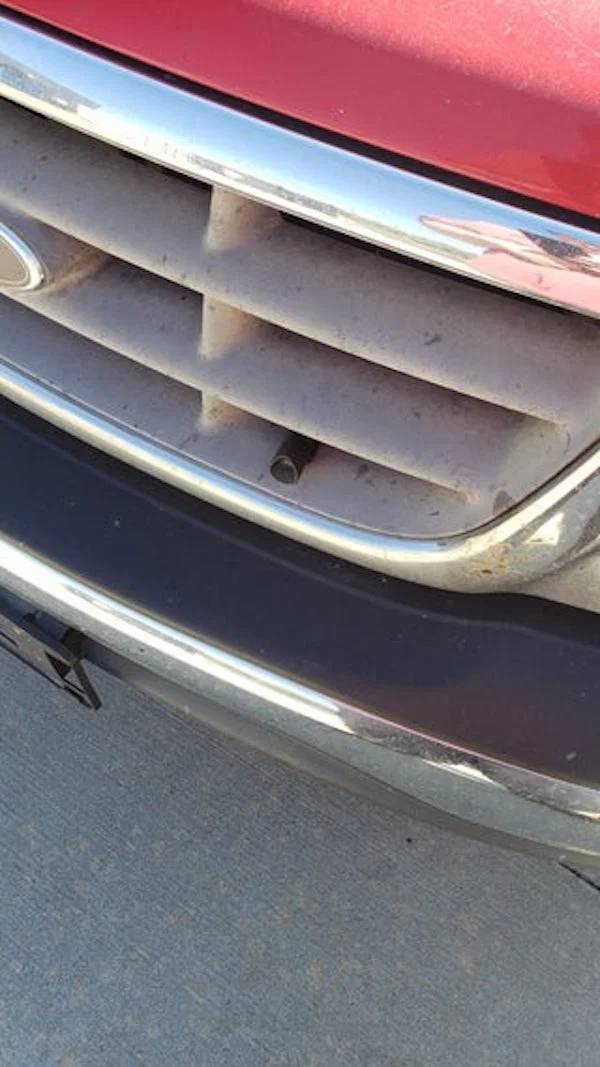 A: "Deer whistle. I tried them many years ago. I think they were calling deer out of the woods and into the road to see what was making that noise"

A: "It is a rain sensor for the irrigation system. Also has temperature measurement."

"Been In the Family Kitchen for Decades" 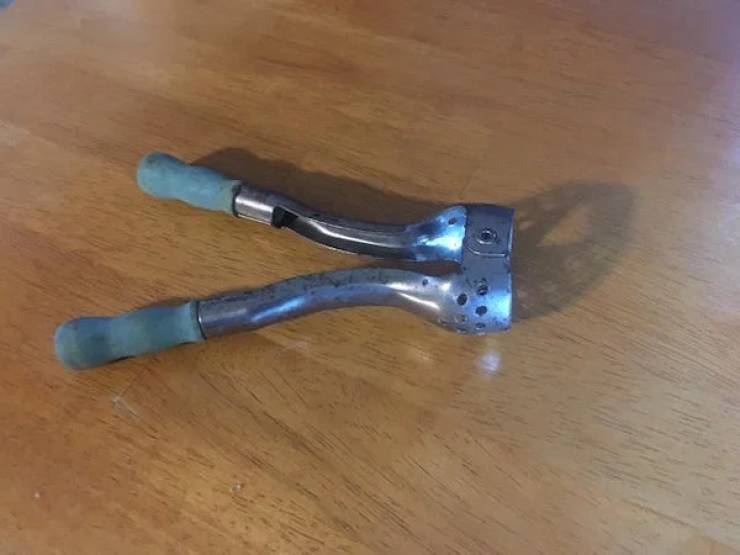 A: "It is a grapefruit corer. It gets posted here quite often. Let me find the patent."

Mellia 4 month s ago
I look forward to these types of posts. Love it!
Reply
2 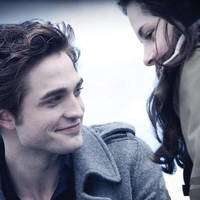 Cissy 4 month s ago
I agree! These are fascinating...more please!!!
Reply
4 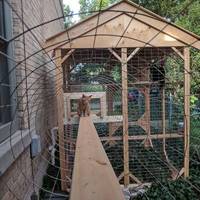 Michael 4 month s ago
#15 Slide plate for a 15 class sewing machine, slides open so you can change the bobbin.
Reply
0 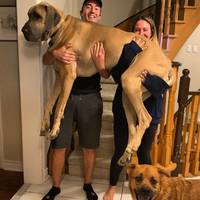 Sinah 4 month s ago
#20 I saw one of these many years ago. Was told they were supposed to scare deer away so they wouldn't be in the road so you'd hit them with your car. Willing to bet it doesn't work and is more of a scam to rid you of a few bucks. (pardon the pun!)
Reply
0 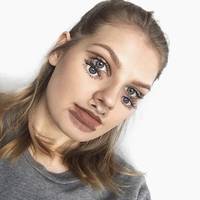