"Duels over a bride at a wedding."

"Animal Courts. By far the most serial offenders were pigs, accused and convicted of chewing off body parts and even eating children. Most were found guilty and sentenced to death by hanging or being burned at the stake. In 1386, a convicted pig was dressed in a waistcoat, gloves, drawers and a human mask for its execution."

Seriously. Someone would wipe the king’s @$$. And it was a respected position."

"Throwing your [email protected]#t out of the window"

I don’t understand why cloaks are amazing

we should bring cloaks back"

"Fight instead of divorce

Why waste time on courts and child support? In medieval Germany, if a husband and wife reached a dead end on some important issue, they entered the ring.

The rules, of course, equalized the forces of men and women. In the ring, the man was in a hole, one hand was tied behind his back, so that he could strike with only one hand. And the wife was given a bag of coal, with which she struck.

Whoever wins the fight (inflicts serious injury or the defeated one asks for mercy) is, therefore, right in the dispute."

"In fact, it was normal to pick your nose back then"

"Public baths. Not on the same scale as they were in Rome, but it was still pretty common to have a bathhouse in medieval Germany and surrounding places to bathe in a group in a large tub of hot, fragrant water, called a “Zuberbad” in German. Now everyone’s all hung up nudity. even among friends, so it’s way less common (although you can still enjoy a public Zuber bath at medieval markets and renaissance fairs in Germanic countries)."

"Boiling fruit before you eat it.

(People in medieval times thought raw fruit was bad for you – so they boiled their fruit before eating it. Boiling removes vitamin C from fruit. This habit is thought to be one of the reasons why there were high rates of scurvy in medieval times. One of the symptoms of scurvy is hallucinations. Scurvy-induced hallucinations are thought to be one of the reasons why so many people in medieval times were documented to have had religious visions. LPT – if you want to see Jesus, stop ingesting vitamin C. Possible side effects include loss of teeth, bleeding gums, aforementioned hallucinations, suppression of immune system, and death)."

Whenever I tell my classes about this they go “ew” but they are all manscaping and waxing other body parts."

In medieval times life effectively revolved around the sun. But particularly in the winter, there was far too much time in the night to fill with just sleeping. It was still common for people to go to sleep at dusk, after a hard day’s work. But they would wake up in the middle of the night and do something (chat to the neighbors, have sex in front of the whole family, have a snack, etc. Then you’d go back to bed for your second sleep, waking up with the sun."

"Seeing someone in stocks on a stage in public."

"This was a love potion recipe from the 10th century:

A woman will lay a cloth on the ground and cover it in grain. She will then strip her clothing off and cover her body in honey. After that, she will roll around on the cloth and try to get covered in grain.

Afterwards, she will get up and take the grain stuck to her body over to the mill and ground that into flour. She will then use that flour to bake bread and give it to her husband to eat.

There was also another love potion that involves a wife presenting her naked butt to her husband who then rolls bread dough on it that will be turned into bread." 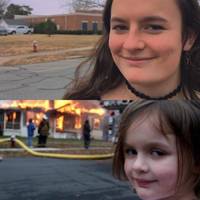 Telly 5 month s ago
#9 I live in Germany and I have read a lot about live in medival ages, but I have never heard about that -> don't belive that.
Reply