Some Weird Life Moments Are Hard To Explain… (18 GIFS)

"I was t-boned in an intersection. Not a very serious accident, mostly just shaken up. I was out of state at college at the time. Minutes after the accident, my cell phone rang and it was my dad. He said all the sudden he was consumed with an overwhelming urge to call me, and was everything ok?

I told him I was in an accident. He has passed away since but he and I always had a very strong connection. I wish he would call me now, but then I guess it would be the strangest moment."

"I saw my doppelgänger while driving in a parking lot. We passed each other going super-slow, and made eye contact. We both started laughing, and then continued on. My wife was sitting in the passenger seat, and saw him as well. It was super weird, and really fun for whatever reason. We still talk about it 10 years later. I regret not stopping and finding the guy to take a photo together."

"I had a dream once and within the next month, everything from that dream happened in real life. For example, in the dream my wife re-aranged our room wich is weird because she hates rearranging stuff and then the next week she arranged it exactly like dream. In the dream i also got promoted and then less than a week later i did in real life."

"Friends and I in my [email protected]#tty Mazda smoking weed in the ally behind my gfs house. Neighbor walks out and starts punching an electric pole until his hands look like hamburger meat and there is blood soaking his white shirt. He calmly walks back into his house. We uncalmly get the [email protected]#k out of there."

"i was walking home one day and when i passed this one old dudes house and his dog was outside and when i walked passed i could have sworn the dog told me to get the [email protected]#k off the property in perfect English."

"I told work I had to go out of town for a week for a family member’s (my grandmother’s cousin in Texas) funeral. Completely fictitious. … in reality I just wanted time off to hang out at the luxury home my friend was house sitting, hot tub, full bar, etc.

The day my “vacation” started, I got a call that my grandmother’s cousin passed away and they were going out of town for the funeral and expected me to go with them."

"I spent a night a bit drunk with some friends sketching and sharing new ideas for an art project we were working on. We talked a lot about using a fire extinguisher filled with paint for a background effect on huge canvas or a full room, but were wondering where we could get one for cheap and if it would work as we expected.

Around 5 am I leave my friends apartment to take the first subway home and I [email protected]#t you not, two streets further on my way and in the middle of the sidewalk there is a [email protected]#king (empty) fire extinguisher. Took it home. It was such a strange coincidence, since i never stumbled upon an empty fire extinguisher in the street at any other point in my life. I was pretty sure I dreamt about it when I woke up later, but nope, it was still in the corner of my bedroom!"

"I was at work several years ago, and a coworker (S) had a massive seizure. (He later told us he had never had one before.) Everyone started freaking out, and a man came over and gently held S down because he was in danger of slamming into a desk. When the seizure passed, the man stood up and said “Ambulance should be here soon, so my work is done” and left.

The weird thing? Nobody had ANY idea who that guy was. We were all so concerned about S that we didn’t really register that the guy was a stranger until S was taken to the hospital. We were in a building that required a keycard to enter, and it was closed to the general public. There were only 12 of us in that office, and he wasn’t one of us.

So who the hell WAS he?"

"After I totaled my car a man with burn scars all over his face and hands came to my window. He asked if I was ok and then came and sat in the passenger seat. He said “I need you to know that everything happens for a reason”. I said “I know”. The next thing I know I’m talking to the other driver and police and the guy is just gone. No one else saw him."

"My Mom was looking at an old photo album and talking about a party that she organized for her coworkers more than 25 years ago. She said that it was nice of me to have help her there setting up the tables etc…

I have zero recollection of that party, nothing, so I thought she was joking. Then she showed me the pictures and I’m there!!! Wtf! It’s not like I was a kid. I was maybe 19 or 20.

I wonder what else my brain erased."

"When I was in my teens, my dad relapsed into his drug and alcohol addiction again. It was the last straw for my mom and I, and we took off in the car at night to go for a drive and get out of the house. We were both angrier than we’d ever been.

As we drove down the street, each streetlight we passed popped and went dark, for at least three blocks. At the time it really felt like our anger was so destructive that it was affecting the world around us.

My mom and I still talk about that night and wonder wtf was going on with those lights."

"Ok, this happened at my grandma’s house. I was lying awake on the couch in the middle of the night, when this kaleidoscope of colors and lights appeared on the ceiling and began moving around the walls. I silently watched it until it disappeared and went to sleep. I shared the living room with my sister, and my grandma slept in a chair to keep us company. Since it was dark and I hadn’t heard anything, I assumed I was the only one still awake to see it.

The next morning at the breakfast table, my grandma brought up the “light show” she had seen the night before and didn’t seem to know what it was. She described what I’d seen perfectly.

After she left the table, my dad and aunt both seemed very concerned that she might be losing her mind. In my little kid brain, I thought if I told them I’d seen it too, they might think the same about me so I kept quiet about it.

If it hadn’t been for the fact she’d seen it too, I would’ve chalked it up to a number of things. But I honestly don’t know what to make of it."

"Staying at grandparents for the weekend theyre eating dinner in dining room im in living room (open concept house everyone sees eachother) Power is lost lighys are out dark as could be! Power comes back on in what seems like 1 second. Grandmother is asleep in her bedroom and my Grandfather was out in the Garage. It has [email protected]#ked with me my whole life 31 now i was about 5 or 6 at the time. Sadly both have passed by now. Only Matrix situation that messed up in my life so far!"

"When i was 9 i was told to clean my room and we would go to the local video store to rent a video game for the weekend. I clean my room, my mom approves of the cleaning job, we go to the store and i get my game. Whole trip lasts 20 minutes tops. Get back and all my toys are spread out across the floor in neatly organized lines, very deliberate looking. No one else was in the house. Nothing missing. Just this strange toy issue. My guess is it was a friend of mine either [email protected]#king with me or looking for something of theirs but no one ever confessed."

"Why does my pen suddenly disappear when it falls on the ground."

"I once met this really weird dude from Montreal in NH, and was trying to tell my one friend all about it.

We went to Montreal and I was like “Maybe I’ll hit up my buddy ha ha ha” but obviously I didn’t.

We stepped out of our Uber at the restaurant we were going to and there he was. Montreal is a city of 2 million people. This was over 2 years ago and the odds still keep me up at night."

"This one time when I was little my dad woke me up at like 2am and he said “get ready, we’re going to McDonalds”. . . . I was soooo [email protected]#king confused and kept asking why, but he wouldn’t answer anything besides, “because” or “to have fun”, the rest of my family (2 brothers, sister, and mom) didn’t come with and IIRC they were still asleep when we left.

The play place was closed, and we just kinda sat there for an hour or so eating, then went back home. To this day, I still have NO idea why he frantically needed me out of the house and he swears he doesn’t remember that happening, but the whole thing was SO weird that I kept the toy that I got from the happy meal to remember it by, that I still have it to this day. . .

BECAUSE it’s my only proof of this weird [email protected]#king night that my dad (almost scarily) hurried me to McDonalds at 2am.

I have 2 thoughts, my sister [email protected]#t the bed and they were worried I’d make fun of her??? Maybe they somehow noticed like rats or something in my room??? But were worried I wouldn’t be able to sleep if I knew that there were rats and they needed an hour or so to get it out???

Either way, very strange night that my dad refuses to tell me the truth about, which only makes me think it’s something much worse??? Like. I’m 23 now, if he said “yeah ur sister [email protected]#t the bed and we didn’t want you to know” I’d have been like cool cool cool nice good thinking lol, but he REFUSES to believe that it happened????????? WHAT HAPPENED" 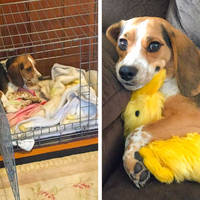 Mindie 2 year s ago
#18 I would like to know what came about this. Very odd indeed.
Reply
1

Daphne 2 year s ago
my step father murdered my step mom and sister, 3AM took me to burger king, because well they have the saying "we let you do it your way" or some sh#t
Reply
Powered by