These Things Are Simple, Yet Still Pretty Creepy (17 GIFS)

"Sleeping in the reflection of an uncovered mirror. I think the whole point of the superstition is you just scare yourself when seeing reflection at night, but makes me uneasy."

"The basement when the lights are off."

"My grandma was Irish and she always told me you hear music at night don’t follow it."

"I don’t really believe in ghosts and can usually think of reasonable explanations for “supernatural” events on the internet. But as soon as there’s a sound in my own home and someone says “it’s a ghost” all of a sudden all logic is out the window and this ghost is gonna kill me"

"I don’t know where these superstitions originated or how exactly they’re supposed to work, because I live in the American south and we have a bunch of superstitions from both Europe and Africa, but: Most people around here paint the roofs over their porches a specific shade of blue to ward off bad spirits. I also turn my shoes in two different directions after I take them off by the door. This supposedly confuses hags/haints/bad juju in general so it won’t find you. I do this fully recognizing how ridiculous it is."

"Skin walkers. I was roommates in college with a Navajo guy and I was far from home so spent some holidays with his family. They had so many stories but when it came to skin walkers they would clam up fast and they would never talk about them after the sun went down. Maybe they were messing with me but I’m still terrified of them."

"So I walk around Manhattan a lot for work, and there is always scaffolding with ladders attached. Every time I walk under one, I cross my fingers."

"I don’t mess around in graveyards. I don’t ever visit one unless I’m paying respects to family. It always strikes me as weird when people use them for stuff like photo shoots. It feels disrespectful for some reason, even though there’s not really anyone around to disrespect"

"As a health care worker: Saying it’s ‘quiet’ today. You just don’t do it. If you say that, the rest of your shift is certainly not going to be quiet. Also, being on call overnight during a full moon is for some reason guaranteed to be your busiest call shift."

"I’m not down to drive on back country dirt roads at night. The kind with no street lights and very few homes. I don’t believe in the paranormal but if anything paranormal exists it will be a cryptid."

"I’m not superstitious, but I am a little stitious… I absolutely refuse to turn my back to the basement stairs after turning out the light."

"Both my parents are non religious, very pragmatic people, and I’m their creepy black sheep type daughter. For some reason having to do with a story from his teen years that my dad REFUSES to talk about (weird because he’s a very talkative person), I was never allowed to have a ouija board. I’ve watched scary movies since I was little with my parents, they never cared about any of my darker interests, but that’s where the line was. To this day I’ve never touched one and I’ve been out of the house for half a decade."

"I’m a 33 year old woman, but whenever I turn the kitchen light out before bed, I still freak out and run to my room like a child. AS if a ghost is going to jump out at me in the dark for those few seconds."

"Messing with anything considered a holy object, building, land, etc. I don’t care how cool that black volcanic sand is, I am not taking it home. I do not wanna get smited by Madame Pele this evening"

"Provoking/looking for ghosts. Like, I don’t believe in them, but I’m also not trying to start some [email protected]#t. Lights randomly flicker or a glass moves from where I thought I had it last, I ignore it and don’t ask questions." 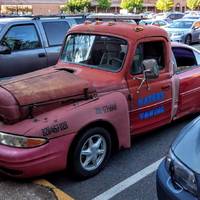 Lisa 9 month s ago
#11 the full moon events are explainable:
it is statistically proved that on the full moon people are more active which is the same factor as the tides of the ocean - human is built mostly from water |
Reply
0 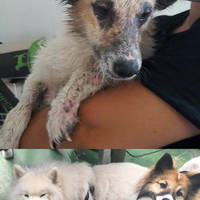