"When I was 15 I began working, and by the time I was 17 I had enough money to buy my first car. Me being young, when my egg donor and stepdad said they were titling it in their name, for insurance and registration purposes, I didn’t question it. Six months later, they’re divorcing.

(Egg donor is my bio mother, but she’s doesn’t deserve any recognition in my life other than contributing genetic material.)"

"When the divorce is finalized, my egg donor informs me that MY car, that I paid for, was going to my ex-stepdad in the divorce, since it showed at joint property between them.

I was furious. The car looked nice on the exterior, but burned through a quart of oil every two days, and drove like cr#p, but it was still my car. The week before my ex-stepdad was due to pick it up, I quit putting oil in it. I drove around town extra that week, I was that smoke cloud in town of burning oil."

"To top off my revenge, my friend had a goldfish die. It was a pretty big fish, 3-4 inches long. I asked for it.

The morning of the car being taken, July mind you, I cut the yellow foam beneath the passenger seat. The foam was sticky, abrasive, and resealed easily due to the stickiness. I cut the foam, and stuffed the dead fish into the padding, and pushed it as far over as I could, then the foam stuck back together nicely."

"He showed up with his girlfriend (girlfriend was the mistress, thus causing the divorce) and he made a big show of giving her MY car as a gift to her. I just smiled.

I wish I knew how well the car went over, hours later, in the hot July weather, but I can imagine." 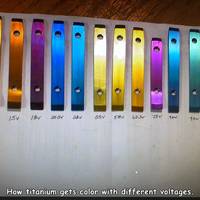