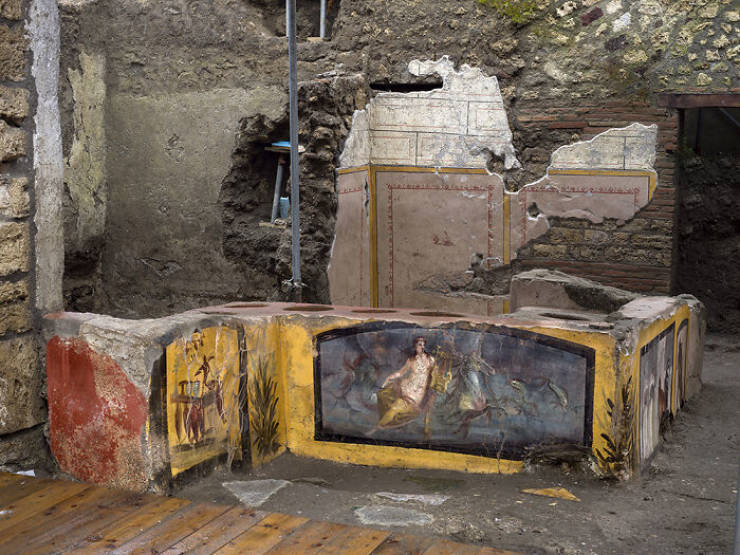 The bar is decorated with gorgeous frescoes of animals, some of which were served by the vendor (not the dog, obviously) 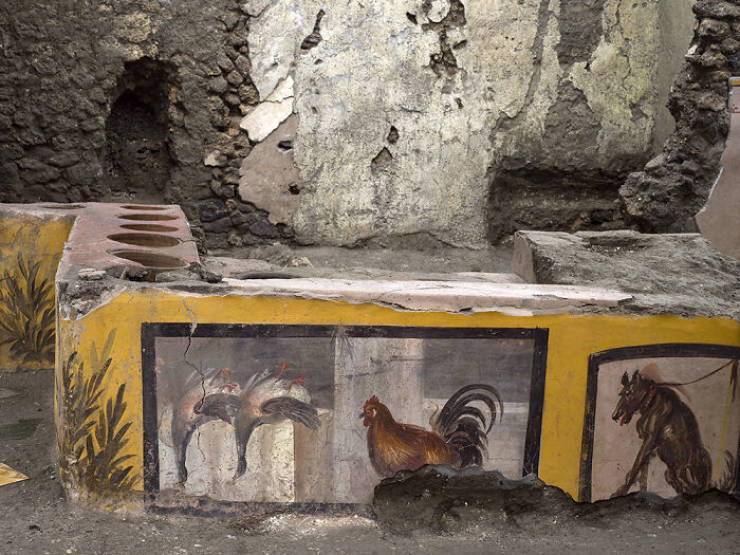 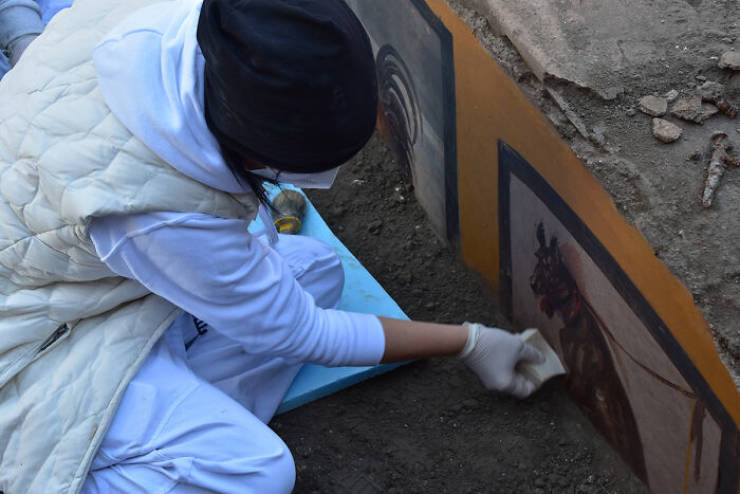 All things considered, the frescoes are in wonderful condition 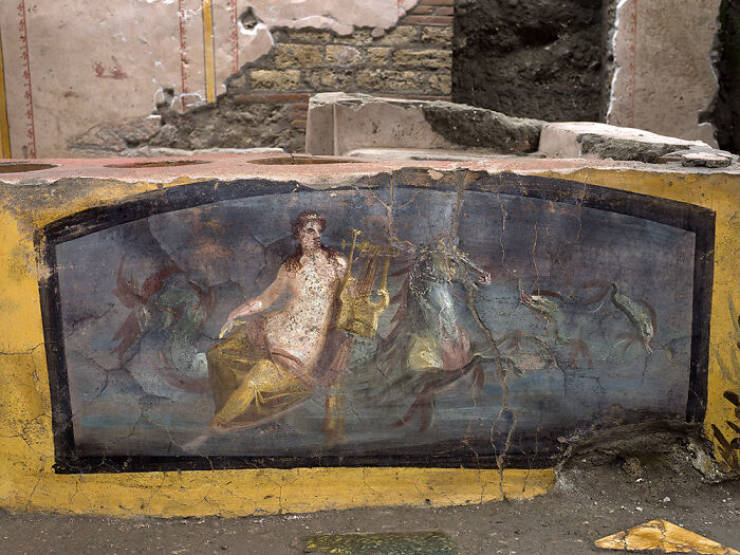 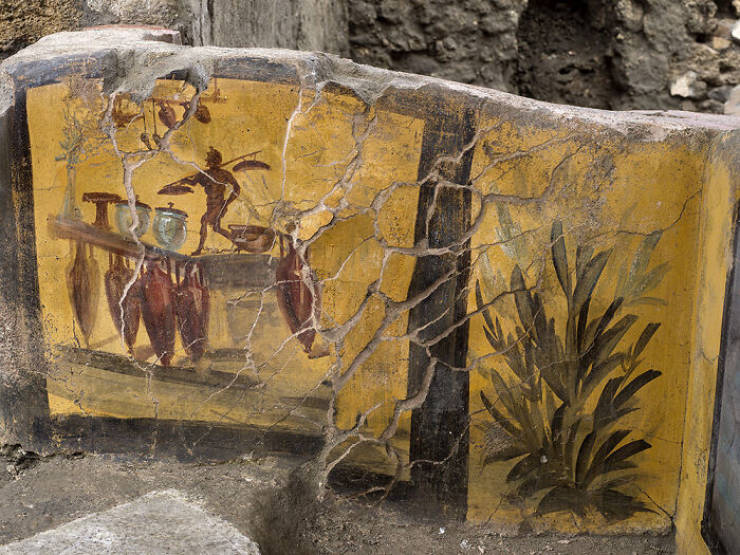 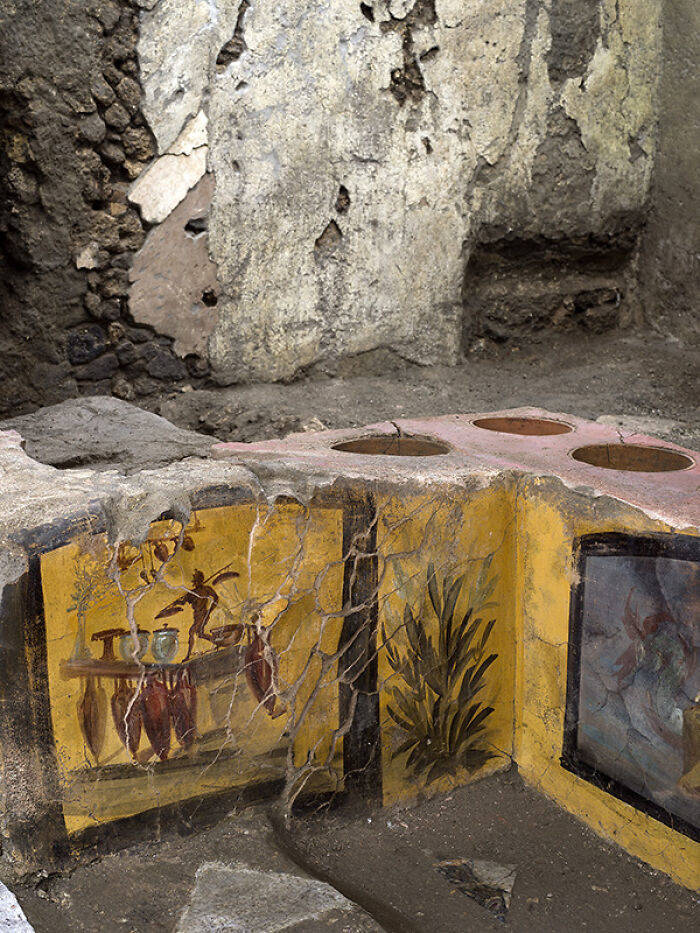 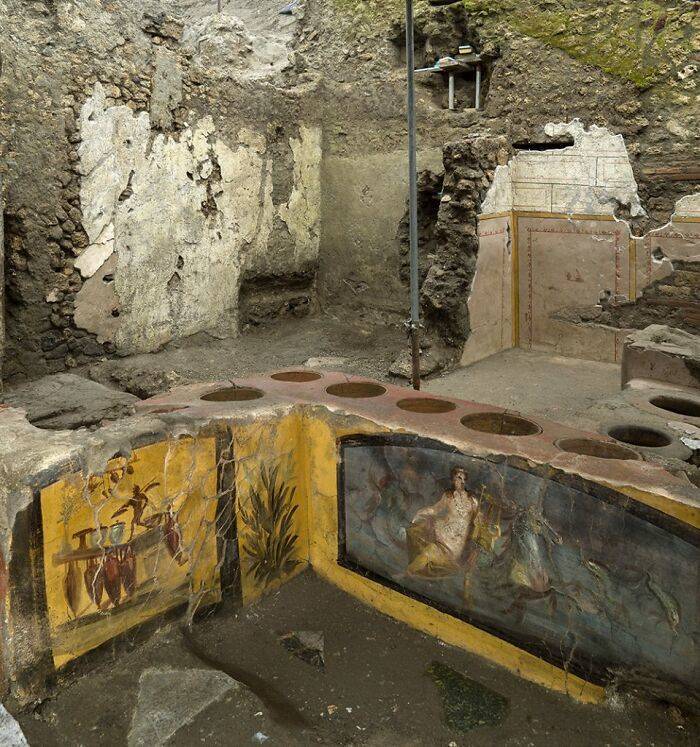 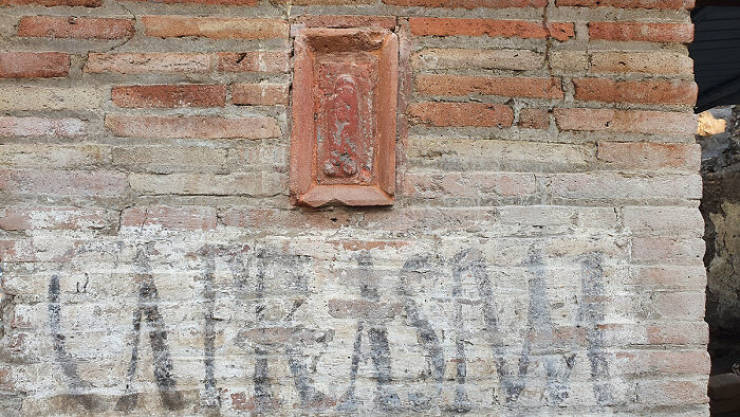 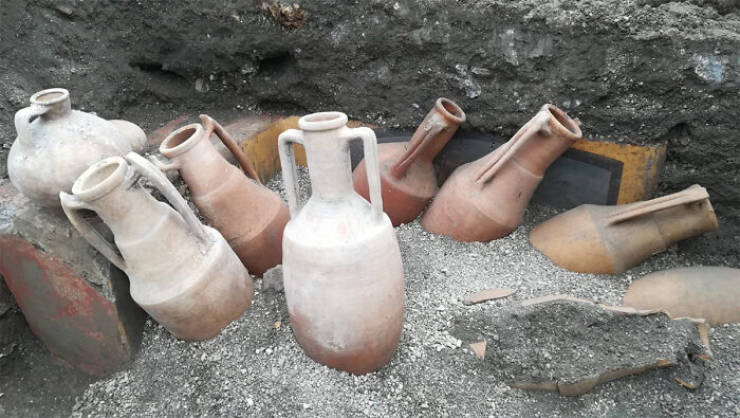 “This is an extraordinary find. It’s the first time we are excavating an entire thermopolium,” Massimo Ossana, the director of the Archaeological Park of Pompeii, told the media.

I spent a good 5 minutes looking at the frescoes in detail because they’re absolutely gorgeous. Especially the hen one. The details and colors there are stunning. I never knew an uncooked chicken could make me feel so happy.

Frescoes are usually painted on freshly applied plaster using water-based pigments. As the paint dries, it sets together with the plaster and becomes a permanent part of the surroundings.

Archaeologists found traces of food in the thermopolium’s terracotta jars, including beef, pork, fish, and snails. Vendors would lower the jars into the shop’s counter that had circular holes to hold them. Meanwhile, the front of the counter was decorated with colorful frescoes (they really do catch the eye, don’t they?), some of which included animals that you’d find in the snacks.

What’s more, researchers discovered wine flasks, amphorae, jars for making soups and cooking stews, and a patera—a decorated bronze drinking bowl. You could get pretty much everything that you’d want here.

What did you think of the thermopolium, dear Readers? Would you love to wet your taste buds with whatever the ancient Romans were offering to buy at the time? Which of the frescoes did you enjoy looking at the most? Share your thoughts with us in the comment section!