“McDonald’s” Secrets From The Words Of Former Employees (22 GIFS)

“I worked at McDonald’s in France, and we had a star system for our personal lunch/dinner breaks (depending on how long we worked that day). We got nine stars per meal: a sandwich was worth three stars, medium sized fries/potatoes were two stars, a medium drink was two stars, and a dessert was two or three stars, depending on the type of dessert.”

“At night time, the ice cream machine goes into heat mode, so it was always easier to say the machine was broken than to explain to customers what heat mode was.”

“The best time to order nuggets is at lunch time. Managers change the grease at night and chicken products get their own grease tray, so if the managers are about their business, the freshest nuggets are served at lunch.”

“There are certain times that are best to order food, also known as ‘GAP’ times, which is when McDonald’s expect[s] mystery shoppers. The times are generally rush hours such as breakfast between 7-9, lunch between 11-2, and then dinner between 4-6.”

"My McDonald’s was pretty clean because they didn’t really allow you to sit or rest if you weren’t working. You were always supposed to be wiping, sweeping, etc.”

“We can hear everything in your car when you’re at the drive-thru, so I overheard a lot of arguments — most of the time they were funny. It was annoying whenever someone in the car dictated to the driver what they wanted because I already heard it.”

“When we heard your voice over the headset in the drive-thru, we’d always play a game of ‘Hot or Not?'”

“There’s actually an alarm that rings every hour that signals all workers to wash their hands. We had to wash our hands every single time we went to the lobby or to the cold chambers.”

“When someone orders extra dipping sauce, you either push the ‘Extra Sauce’ button and the sauce they want, or just push the normal sauce button. When I worked the drive-thru, if a customer was polite and wanted extra sauce, I would just enter what sauce they wanted and ‘forget’ to charge it. If someone was an @$$hole, you bet I wouldn’t hesitate to charge for extra sauce!”

“I distinctly remember during the night shift, we kept a bottle of vodka in the ice bin and topped off our courtesy cups from the drink machines to see how drunk we could get. Good times.”

“I worked at McDonald’s in a college town when Superbad came out, and every frat guy thought it was so funny to order a McLovin’ in the drive-thru. It was so annoying.”

“I work the night shift at a 24/7 McDonald’s now. We get slammed hard when the bars close, so I’m so glad our lobby isn’t open anymore. Drunk groups in the lobby make a huge mess and like to hit on us, as if we aren’t already counting the seconds until they leave.”

“You have to ASK for fresh if you WANT fresh. Some places do a bad job at keep[ing] track of the fresh timers. I’d personally ask for everything fresh even if you have to wait 3-5 min[utes] for it to be ready,”

“I was an opener for McDonald’s. We opened to the public at 5 a.m., but got everything ready at 4 a.m.. We normally didn’t get a rush until about 8 a.m. or 9 a.m., so the food would stay on a heater for three to four hours after being made.”

“When the ice cream machine is up and running, it’s absolutely NOT clean. Nobody’s cleaned the inside of that thing in actual years.”

“My experience probably wasn’t the best because it was at a 24-hour McDonald’s truck stop. Management made us have lunch at 10 a.m. for an 8 a.m. shift to use up the breakfast sandwiches customers didn’t buy.”

“If you look in the cups, it says where to fill the ice to — and our drinks have syrup in them so they taste sweeter.”

“I have permanent burn scars on my forearms from the french fry grease during the very short time I worked there. Once we were super short-staffed and I had to close, then turn around and open the next day. I only lasted a week. I have mad respect for fast-food workers — most of y’all are awesome.”

“The breakfast burritos are pre-made and microwaved, and the pancakes are microwaved, too. If your cheese is melted or if a snack wrap is hot, it’s been sitting on the hot tray.”

"And “People who’ve worked at McDonald’s are not ‘last resort job’ kind of people — they’re pretty successful. Most of the older teenagers who work there have amazing self-discipline. McDonald’s employees are some of the most hardworking people I’ve ever met.”

“Those wonderfully tiny diced onions on your burger? They aren’t exactly 100% real onions. They come in these bags where they’re dumped into a five gallon bucket, then water is poured in and there’s a huge spoon that’s used to stir it.”

“To get fresh fries, order them without salt and then toss some salt on them yourself. It surprises me how many people don’t know this.”

Felicity 1 year ago
Just my opinion, Izismile, but posts that have an entire paragraph of text to read should not be combined with Gifs. It's distracting and needless. Thanks.
Reply
11 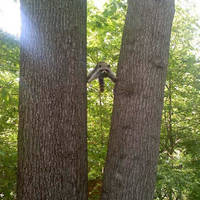 Phillip 1 year ago
#17: ALL fountain drinks have syrup in them, its how they are mixed. You have the syrup which is the flavor and sugar, then the soda water which gives it fizz, and each is pumped and mixed in the machine.
Reply
-1 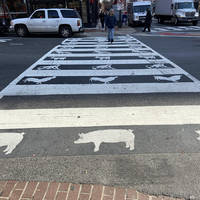 Randy 1 year ago
Phillip, and your point being?
Reply
Powered by