These Business Practices Are Awful! (12 GIFS)

“I served at a restaurant where we wore pagers that buzzed us when a table’s food was ready. Good idea, right? Well, the owners had the policy that you had to immediately go pick up the food no matter what, and that included if you were in the middle of taking another table’s order. They said that people ‘understand’ and are ‘cool with it.’ They weren’t."

“I worked at a restaurant that wouldn’t let people get a refund on their food even though there was a cockroach in it. Instead, they offered a 10% discount on the food, as per their ‘policy.’ Needless to say this restaurant no longer exists.”

“A veterinarian I once worked for tried to make me reuse bloody IV tubing between patients. ‘Just rinse it out,’ he told me.”

“Honestly, overdraft fees in general. Many banks will charge you an overdraft and deny the transaction — because apparently it costs them $35 to deny a transaction.”

“My friend worked at a dog kennel that would give tours to prospective clients, showing off how each dog would get its own indoor/outdoor area and specialized attention. Then, when the holidays came, they got more bookings than they could accommodate, so they set up cages and stacked kennels in a back room.”

“There was a vendor at the market who sold homemade almond milk. They had a few flavors, which were all a bit unusual, but very good. After a few months, they decided to stop selling almond milk and start selling almond milk subscriptions. You were not able to buy one at a time.”

“I worked for a big car rental company in the returns department. They would push us to find and charge customers for any new damage on their cars by awarding bonuses on top of our monthly salary. We were given mirrors to look for scratches under the cars where costumers would normally not have checked before they rented the car.”

“I went to an independent makeup store because I wanted to support small businesses, and the shop girl told me I would need a lot of products because I was ugly. I was SHOOK.”

“A stadium in Philadelphia has a deal with two towing companies where they intentionally make event parking difficult resulting in people getting towed. They split the fines.”

“I worked at a deli. On my first day, the first thing I witnessed the owner do was take the packaging off latkes that had gone bad, scrape the mold off of them, and then reheat them in the oven and repackage them.”

“Free trials that require a credit card and the ones do not auto-expire. Ridiculous.”

“I worked at a Mexican restaurant that would reuse salsa. They had two pitchers in the back — one for red and one for green salsa. Any uneaten salsa that was left on the tables was dumped into the corresponding pitcher until it was full (usually a couple of days), and then it was re-poured into the small dipping bowls for the customers.” 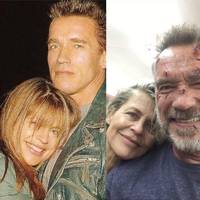 Chester 1 year ago
All these are reasons to NOT SUPPORT LOCAL BUSINESSES DURING PANDEMIC I honestly HATE so many local places. LET THEM ALL GO UNDER
Reply
Powered by