“Apparently in ancient egypt the pharaoh would rub one out into the Nile in a ritual to make sure the fields would be fertile.”

“Caligula Emperor of Rome, sure people know about him making his horse a senator, but another story is when he failed to invade Britain after not getting across the channel. Instead of admitting defeat he chose his most British looking soldiers , marched them back in chains and paraded them through Rome as his spoils of war.”

“Agnes Macdonald, wife of the first Canadian Prime Minister, travelled with her husband out west after the completion of the transcontinental railroad. She was really excited to see the country, but to her dismay she couldn’t see much from inside the train because the steam from the engine blocked the view.

“There was a Samurai who was actually worried about how obsolete their system had become and now that Samurais were no longer needed in Japan. He decided to go to Korea and insult them so much that they would kill him and thus the rest Samurais would avenge him by going to war with Korea and proving their worth.”

“In ancient Egypt, servants were smeared with honey to attract flies away from the pharaoh.”

“People in the middle ages sentenced insects to exile after destroying crops.”

“Xerxes I. He ordered to build a bridge across the hellespont and when it was nearly completed, a storm had destroyed the bridge, he got so pissed off that he ordered the soldiers to whip the sea 300 times for not complying with his plans. Apparently he also ordered for ALL the engineers who built the bridge to be beheaded before whipping the sea.”

“Crassus, a Roman politician is said to be one of the richest people in history. He had a number of endeavors, but one was real estate. He didn’t buy property in the conventional sense. He formed a fire department to serve the city. When a fire broke out, he rushed there, and asked if he could buy the property for it’s value. The owner usually would agree, because while they would lose their home, the fire department would put out the fire and they would keep their possessions. If they didn’t agree, he just stood there and watched it burn. Once everything was destroyed, he would offer again, at a pittance of the original price. At one point he owned 1/3 of the real estate in the City of Rome, in about 70BC, when Rome was immensely wealthy.”

“The military government of Myanmar built an entirely new capital in the middle of the jungle from scratch simply because their astrologer told them to.”

“Per Wiki: Tarrare (c. 1772 – 1798), was a French showman and soldier, noted for his unusual appetite and eating habits. He ate so much that his parents couldn’t provide for him and turned him away. During his life he traveled with a band of thieves, was opening act for a charlatan, worked as a street performer, served as a courier in the French army, underwent various procedures to try to cure him of his appetite, was suspected of eating a toddler so was ejected from the hospital, and died 4 years later of tuberculosis.”

“At the 1904 Olympics in St. Louis, the marathon was a total mess: The first place finisher did most of the race in a car, the guy in second almost died from eating rat poison, and the fourth place finisher raced in dress pants and shoes, and took a nap by the side of the road for part of the race.”

“In 897, Pope Stephen VI exhumed the corpse of one of his predecessors, Pope Formosus, and put it on trial. He had a deacon stand behind the cadaver and move its mouth and talk for it while Stephen charged Formosus with becoming pope illegally.

When Formosus was declared guilty, the papal vestments were stripped off his rotting body, his blessing fingers were cut off, and he was buried in a graveyard for foreigners. He was then dug up again and his body was thrown into the Tiber River. His body was retrieved from the river and a later pope nullified the Cadaver Synod and he is now buried in St. Peter’s Basilica in his papal vestments. The cardinals who helped with the cadaver synod were excommunicated and they made a law that cadavers could not be put on trial. Then a later pope upheld Formosus’ guilt and put a plaque on Stephen’s tomb praising him for his cadaver synod.”

“Mansa Musa was the richest man in history. He went on a pilgrimage, and was so generous with his gold along the way that he destroyed economies of cities he passed through for years after with hyperinflation..”

“The big thing in Victorian England was wallpaper which was dyed a certain shade of green. Green was considered to be a calming colour, and this particular shade the most beautiful green in the world. It was used not only in wallpaper, but also to dye dresses, fake flowers for hats, and even confectionery.

The dye was called Scheel’s Green, after its inventor. Its key ingredient? Arsenic. Yes, people were happily covering their walls in deadly poison, and quite a few people died as a result. Putting arsenic in wallpaper and other items was never banned by the government, it just fell out of fashion.”

“How the assassination of Archduke Ferdinand, the cause of WW1 and all the subsequent wars, was a result of bumbling assassins and a stupid stroke of luck. Long story short, after a failed attempt, one of the assassins, Princip, escapes to a restaurant to hide and eat in shame. Fernindad was on his way to the hospital because his companions were injured in the explosive attempt. Ferdinand driver makes a turn down the wrong street and the car stalls right in front of Princip. Princip then fatally shoots Ferdinand.”

“Elizabeth Bathory was a countess from the 1600s who tortured/murdered a bunch of young girls and women and supposedly bathed in their blood because she believed it would give her eternal youth.” 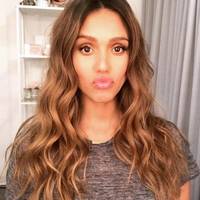 Odo 1 year ago
#1 Sure but, do that now, in the Walmart produce section and get banned for life. 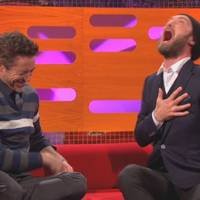 Mehitabel 1 year ago
#16 is fake
yes, she existed, yes, she lost her land because of those rumors, but it was more a political case and someone came up with this stories so she could be prosecuted
Reply
Powered by