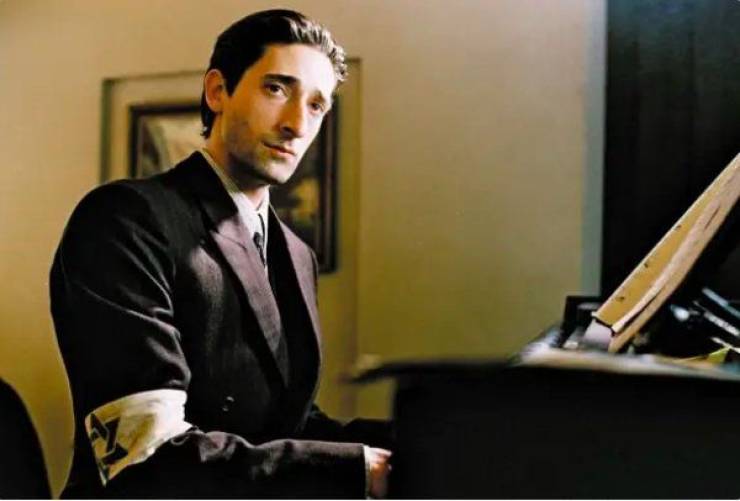 Adrien Brody gave up his apartment, his car, and many of his belongings in order to play a Holocaust victim in The Pianist. To get inside the head of Polish-Jewish musician Wladyslaw Szpilman, who was confined to the Warsaw Ghetto during World War II, Adrien made the decision to go back to basics. He sold most of his worldly possessions, moved to Europe with only two bags, and began a severe dieting regime so as to experience a fraction of what Szpilman went through during the Holocaust. 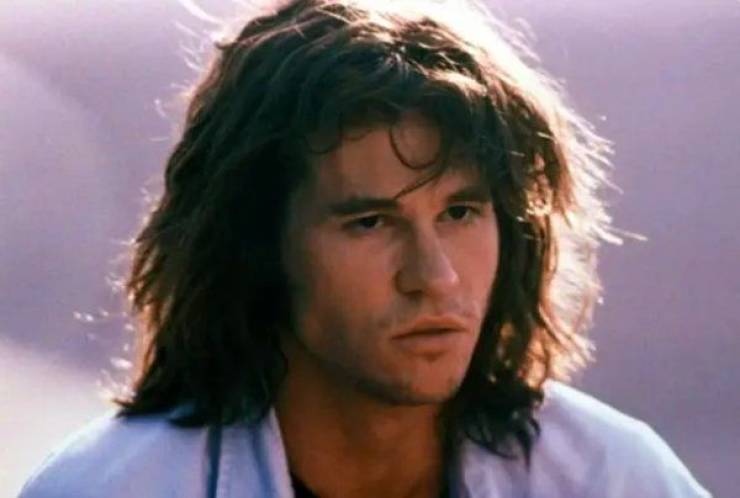 To play the legendary frontman Jim Morrison in The Doors, Val Kilmer immersed himself completely in Jim’s world, learning how to speak and sing like him, going to his favorite hangouts, even wearing Jim’s clothes. Kilmer had to go to therapy after he finished filming because he couldn’t stop thinking like Jim Morrison. 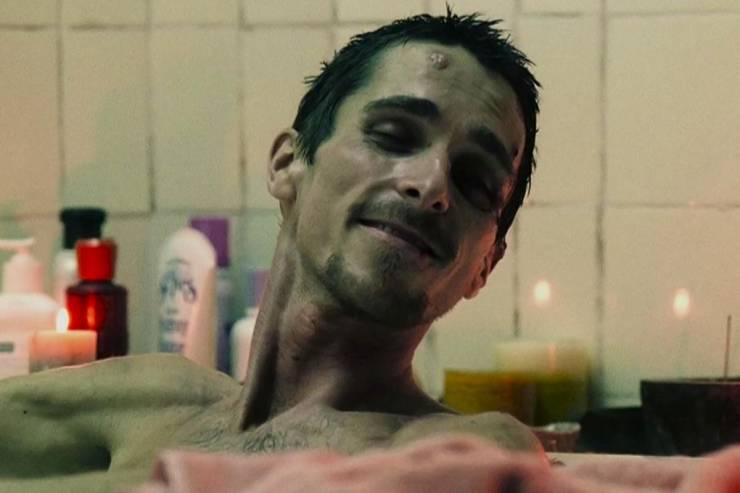 Christian Bale lost 63 pounds for his role in The Machinist where he played a factory worker who is suffering from severe insomnia. He ate only an apple and a can of tuna fish a day. His inspiration was a photo of the withered musician Hank Williams three months before his death. In the film, the weights written on the bathroom wall are Bale’s actual weights. After the film, he spent the next six months gaining 109 pounds for Batman Begins. 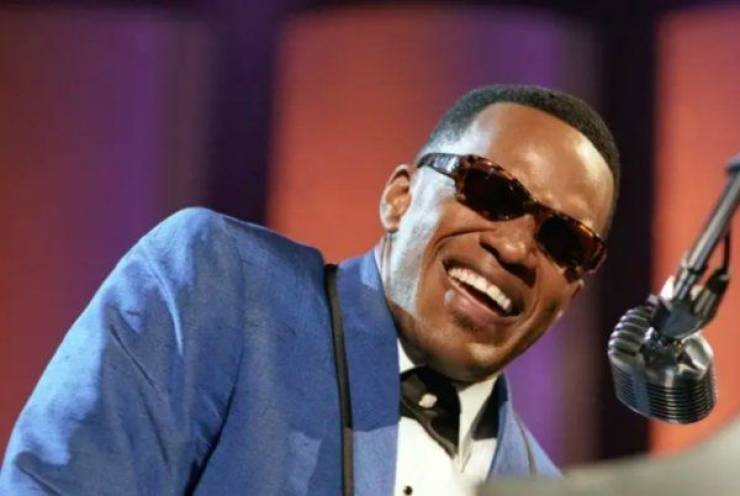 To play the legendary singer-songwriter Ray Charles (who was blind from the age of seven) Jamie Foxx would have his eyes glued shut for 14 hours a day. It was actually the director, Taylor Hackford, who suggested it to Jamie, who would have prosthetic eyelids modeled on Charles’s own attached to him while he was filming. Oftentimes, Jamie’s colleagues would forget he couldn’t see him and leave him alone on set to find his way around. 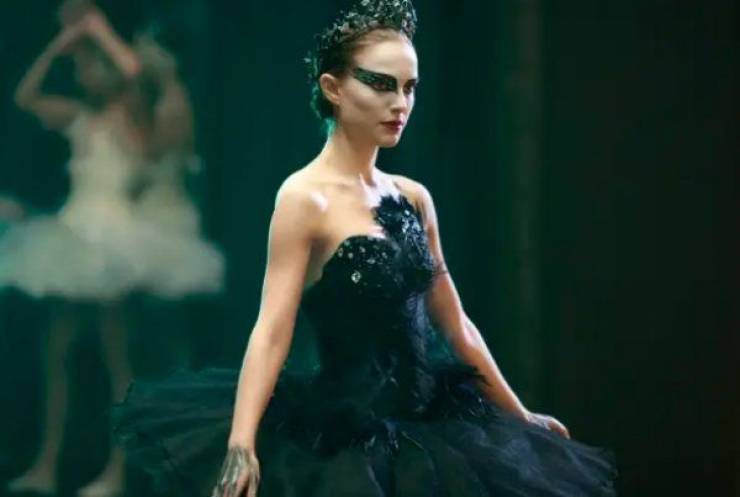 Natalie Portman won the Oscar for Best Actress for her performance in Black Swan. Portman spent an entire year in a rigorous ballet program for eight hours a day every day. She lost 20 pounds, which may not seem substantial, but the already-small actress only weighed 98 pounds during filming. 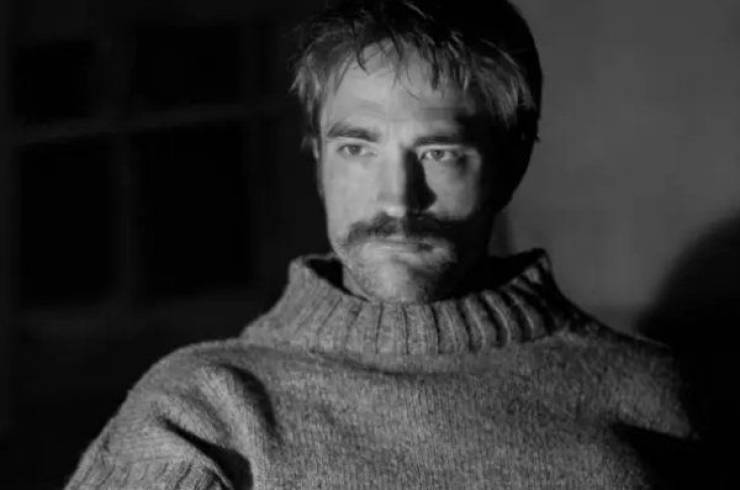 During filming for The Lighthouse, Robert Pattinson would often drink in excess before his scenes, getting into a “maddened” state in order to play his character – a drunken sailor who is slowly losing his grip on reality. He ended up licking puddles of mud, making himself sick, and even peeing himself. 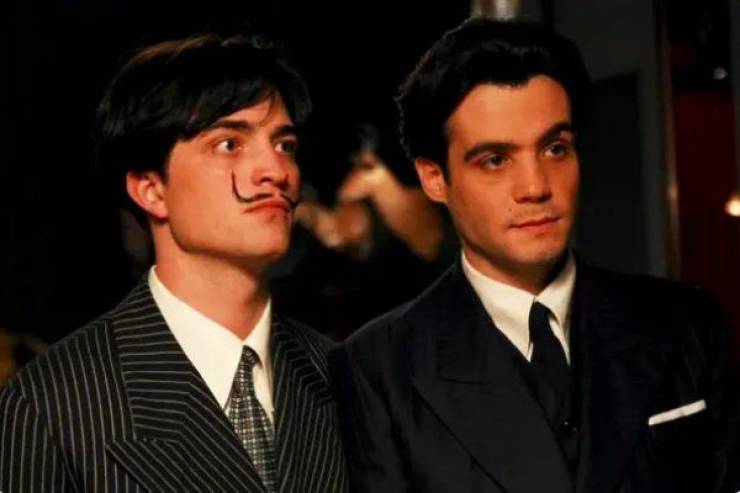 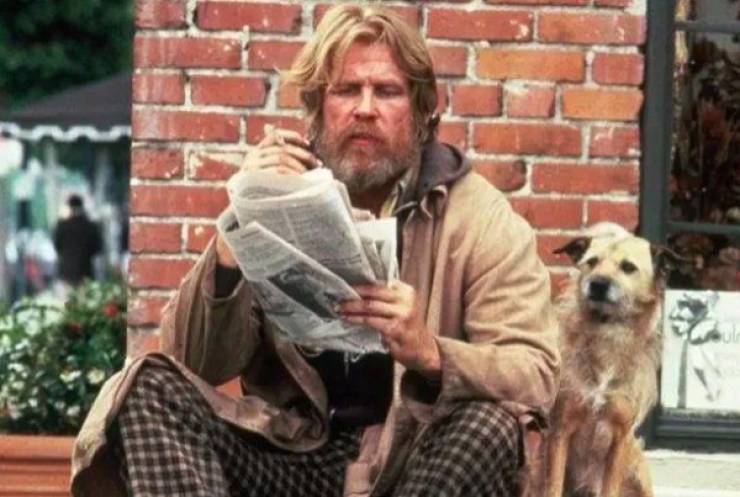 Nick Nolte spent lived as a homeless man to prepare for his role in Down and Out in Beverly Hills. Nick played a sort of philosopher-vagrant, and to research the role spent five weeks living on the streets of Los Angeles. On set, he also ate real dog food twice – once straight out of a bowl, and once from the can. 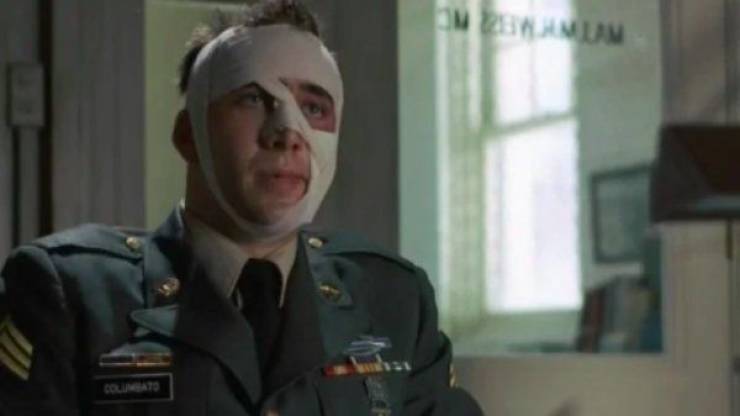 For his role in Birdy, Nicolas Cage played a disfigured veteran helping his friend from war recover in a psychiatric hospital. Cage was only 19 at the time, and prepared for his role by having his wisdom teeth extracted without anesthesia. He also spent day and night with his face bandaged for weeks, in order to feel the physical pain and discomfort of his character Sergeant Al Columbato. 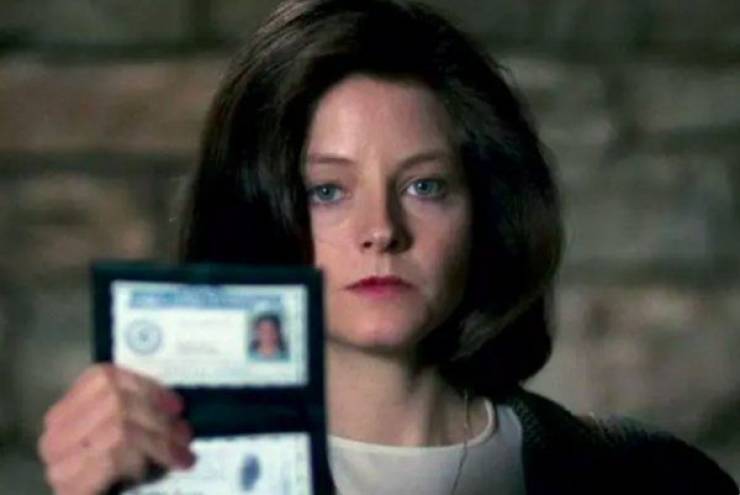 For her iconic role in The Silence of the Lambs, Jodie Foster actually joined the FBI Academy in Virginia that her character Clarice was attending. Jodie immersed herself in the daily routines of the trainees at Quantico’s FBI Academy and also met with senior FBI officers and serial killer experts to learn more about her role. Her co-star, Scott Glenn, took a different approach and on one occasion listened to a recording of a pair of serial killers torturing and killing a victim, which he later said was probably a step too far. 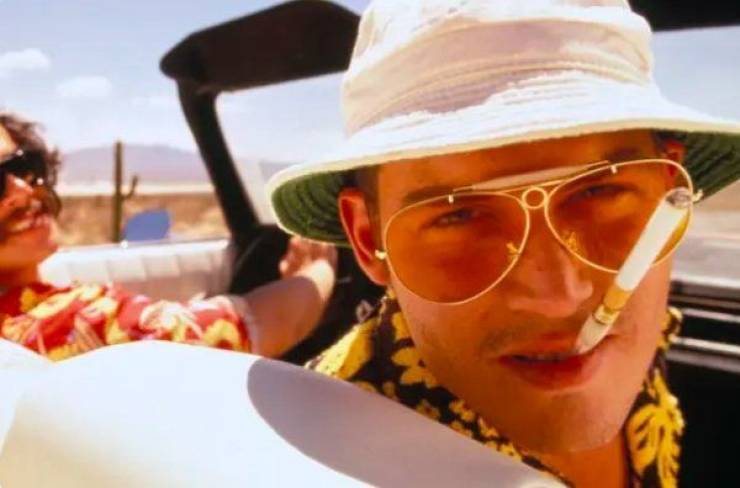 Johnny Depp spent years studying gonzo journalist Hunter S. Thompson and even lived in his basement for a while. To play the pioneering American author, Depp spent as much time as he could with Thompson. He drank with him, followed Thompson’s unusual sleeping pattern, allowed Thompson to cut his hair, and, for some reason, ending up living in Thompson’s basement where he would obsessively read his writing archive. 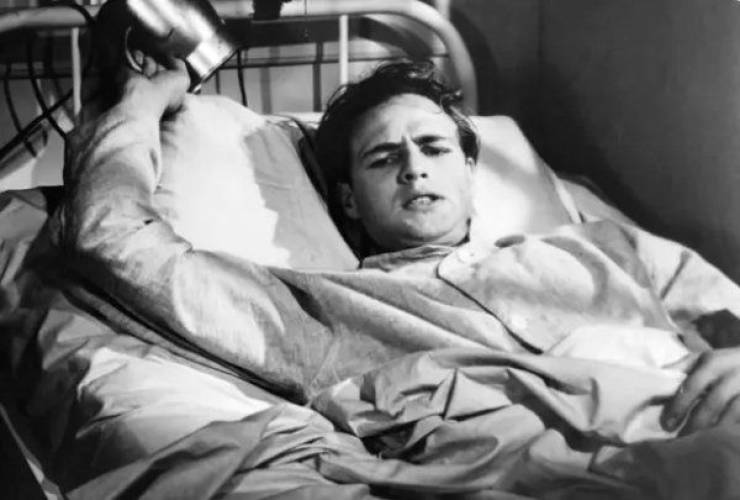 Marlon Brando spent a month in bed at a veteran’s hospital in order to play an injured WWII lieutenant in The Men. Often considered one of the first method actors, Brando would go to extreme lengths in order to prepare for his roles. To play Ken Wilocek, a soldier who is seriously injured in combat, Brando checked himself into the very same hospital in which his character is rehabilitating in the movie – Birmingham General Army Hospital in Van Nuys, California. 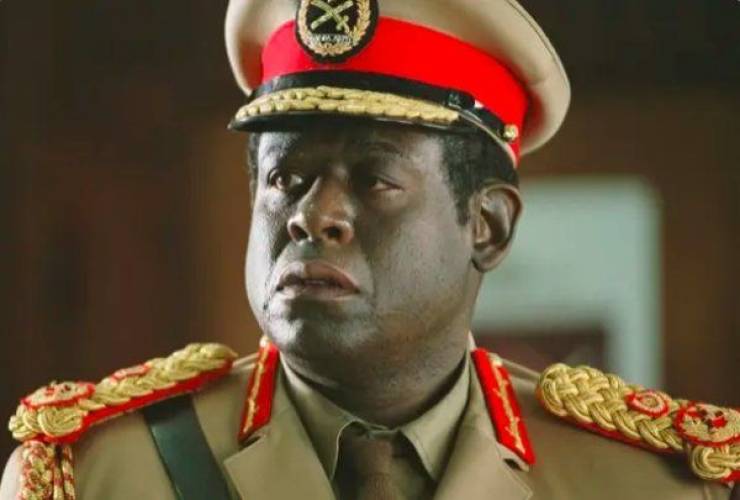 For The Last King of Scotland, Forest Whitaker learned Swahili and Kakwa so he could ad-lib on set. He also ate nothing but mashed bananas and beans and remained in character off-set. Whitaker’s performance won him an Academy Award for Best Actor. 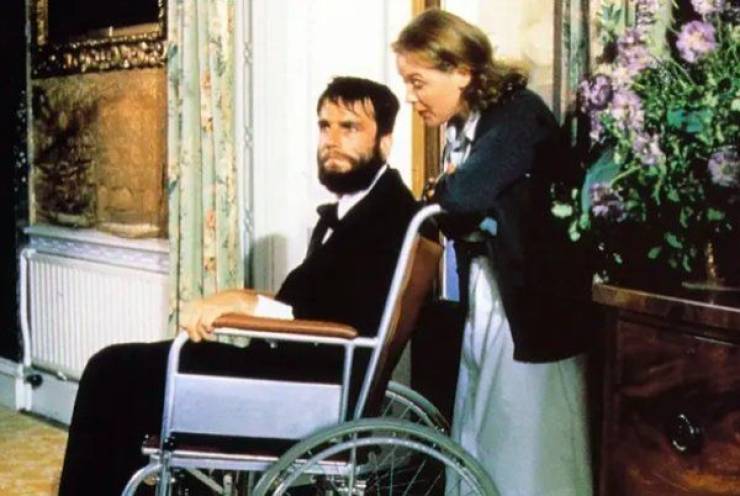 And, of course, the ultimate method actor, Daniel Day Lewis, has gone the extra mile for many roles – including remaining wheelchair-bound throughout the filming of My Left Foot. During filming, in which Daniel Day Lewis played an artist with cerebral palsy, he would remain in his chair in between takes and even had crew members feed him; he ended up breaking two ribs in the process. 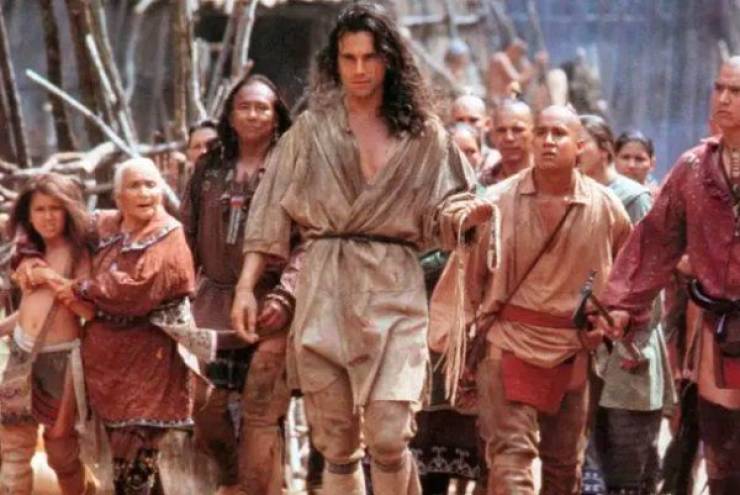 He also lived in the wilderness of North Carolina for a month in order to prepare for his role in The Last of the Mohicans. Daniel learned how to skin animals, throw tomahawks, build canoes, and reload muskets while running. He took his rifle everywhere with him – even to Christmas dinner – and abstained from using modern technology whilst on set. Afterward, Daniel said he struggled to shake off his part in the movie, and even experienced hallucinations and claustrophobia from no longer being able to spend time indoors. 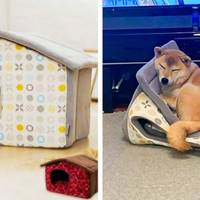 Norry 9 month s ago
#7 going the extra mile for Pattinson, yet just another Tuesday for Louis C.K.
Reply
5 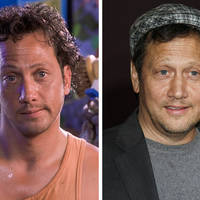 Reg 9 month s ago
Maybe, these actor's could have tried acting.
Reply
4 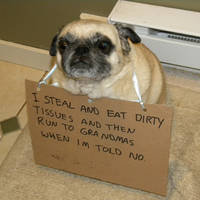 Emanuel 9 month s ago
Reg,
These dramatic "live like the character" stories make me laugh. Adrien Brody sold off his stuff and moved to Europe with two bags to pretend to understand what it was like to be a concentration camp survivor. The key ingredient for all of them is missing...the reality of the situation and knowing that it's just all just pretend and going home to palatial digs when it's all done or in Brody's case, just going to an ATM and checking in to the most expensive hotel in Paris when you get tired of roughing it . All of this is just drama on and off the set.
Reply