Early on in the movie, James Cameron re-created this actual photo of a boy spinning a top on the deck of the Titanic. 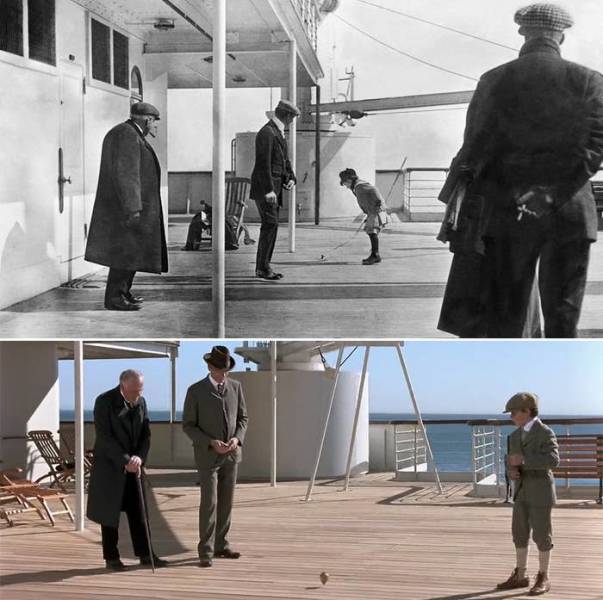 The duplicate Titanic they built for the film was a replica of the starboard side of the ship, but it was actually the port side that faced the docks at Southhampton. So for historical accuracy, everything on the set was built backward (note the "White Star Line" sign), and the footage was flipped in post production... 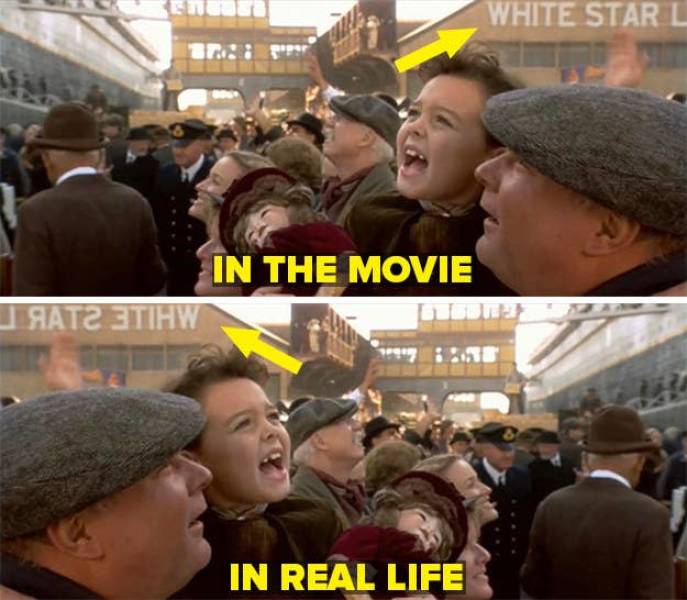 ...and when I say everything, I mean everything — including the tickets: 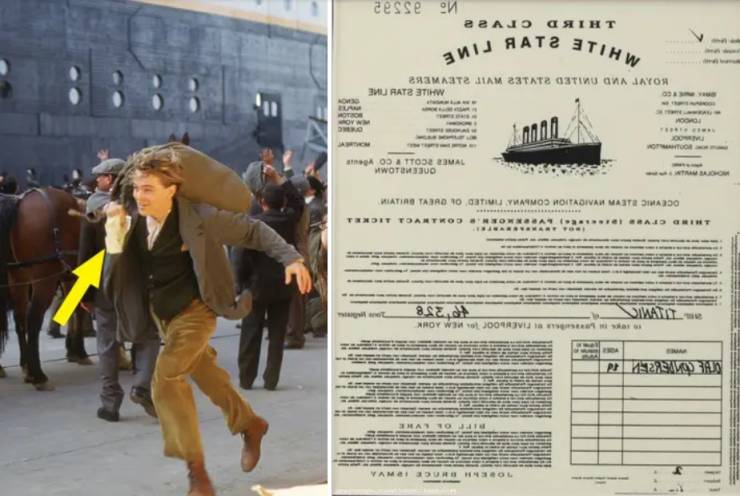 It might be difficult to see from this angle, but the fourth smoke stack doesn't emit as much smoke as the other three. This is a true-to-life detail as only three of the four stacks were connected to the ship's furnaces. The fourth stack was mostly for aesthetics, but might've also provided ventilation for the kitchens. 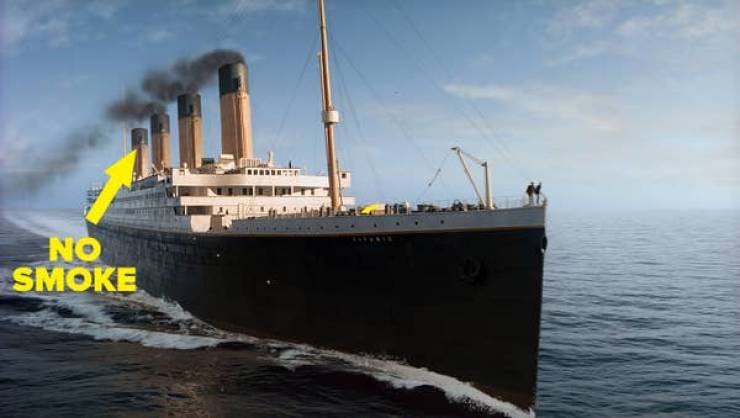 When shooting the dining scene where Jack attends a first-class dinner with Rose's party, actual Beluga Caviar was served to the actors.

As of 2005, Beluga Caviar — one of the most expensive types of caviar you can buy — is now illegal in the United States (barring some exceptions).

It might not surprise you to learn that Jack's sketch of Rose wasn't really done by Leonardo DiCaprio — it was actually drawn by director James Cameron.

While they were filming the scene just after the ship goes down when Rose is floating on that controversial door, the water was probably just a little bit colder than it actually should have been, and Kate Winslet ended up getting hypothermia: 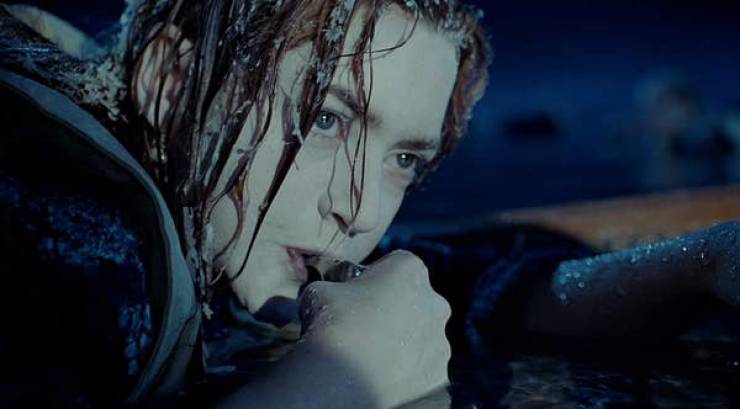 And that's not even the worst of it: As they filmed the scene when Jack and Rose were running from a wave that was sweeping down a corridor, Kate's dress got caught and she reportedly almost drowned. 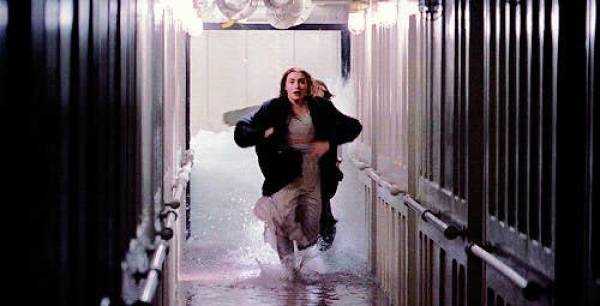 The 1912 Renault Type CB Coupe de Ville being hoisted onto the ship at the beginning of the movie is the same one Jack and Rose have sex in later on. And guess what? According to the ship's manifest, there actually was one of these aboard the Titanic, and amateur treasure hunters have launched several expeditions in an attempt to locate it at the bottom of the Atlantic Ocean (to no avail). 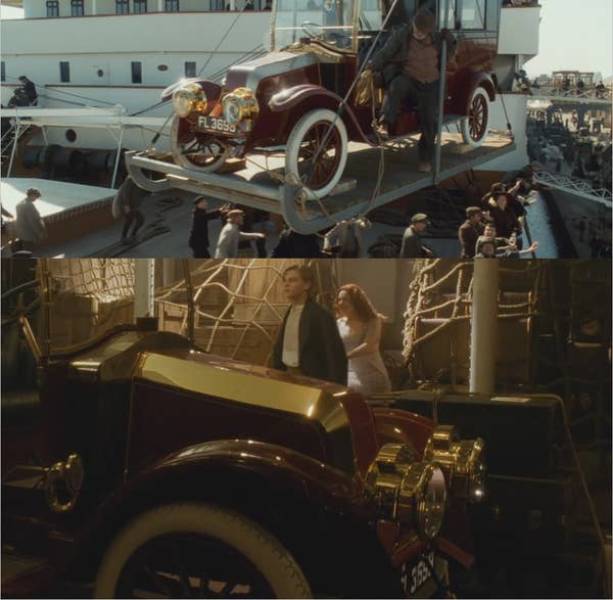 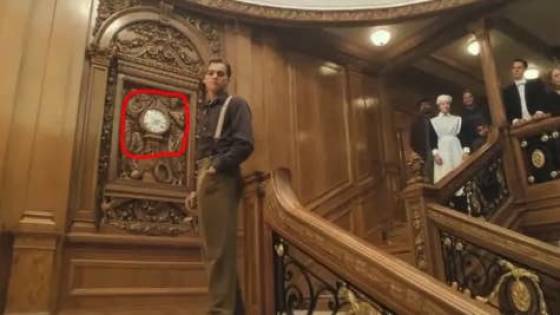 An inquiry made in 1912, shortly after the tragedy, found that there were 37 seconds between when the iceberg was spotted and when it made contact with the ship. In the film, Cameron made sure the scene between the spotting and the impact lasted precisely 37 seconds. 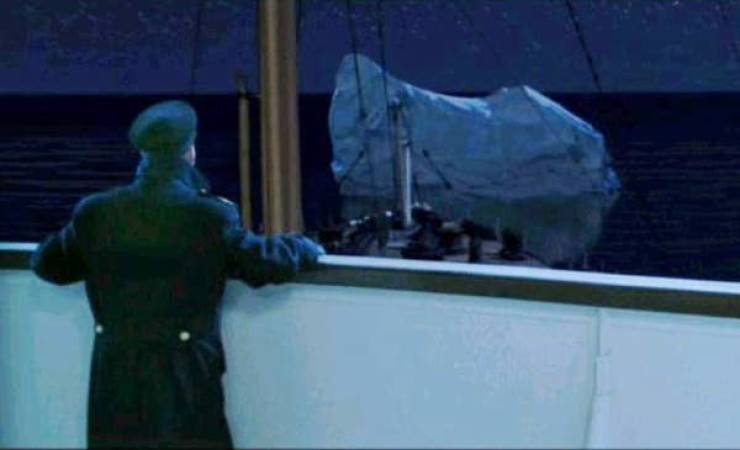 Despite Cameron's apparent obsession with historical accuracy, right down to the smallest of details, there were still a few errors. At one point Jack tells Rose that he went fishing on Lake Wissota in Wisconsin, which is impossible considering the lake wasn't formed until five years after the Titanic sank due to the construction of a hydroelectric dam. 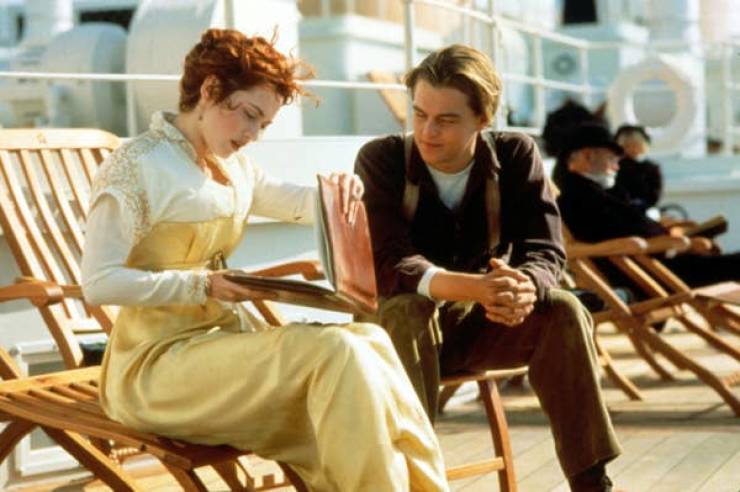 This particular inaccuracy was one of several inconsistencies that led to a popular fan theory that Jack is actually a time traveler.

He also got the sky wrong in the original theatrical release — an oversight he likely never expected to be called out for. Instead of an actual night sky, it was just a random assortment of barely visible white dots — he corrected this in the 2012 rerelease after being called out by Neil DeGrasse Tyson. 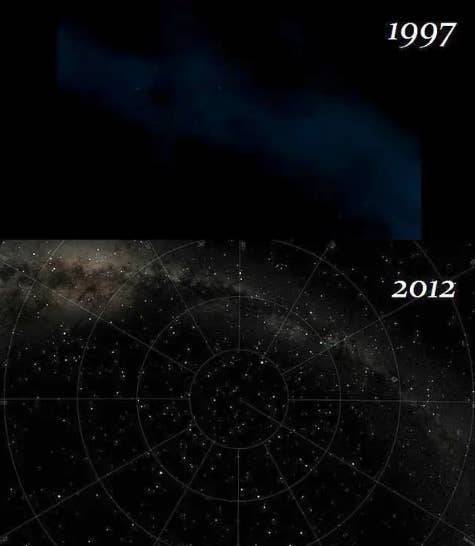 At the very beginning of the movie, one of the items Jack and Fabrizio win in the card game is a pocket knife. When the ship is sinking, Fabrizio uses that same knife to cut down a lifeboat. 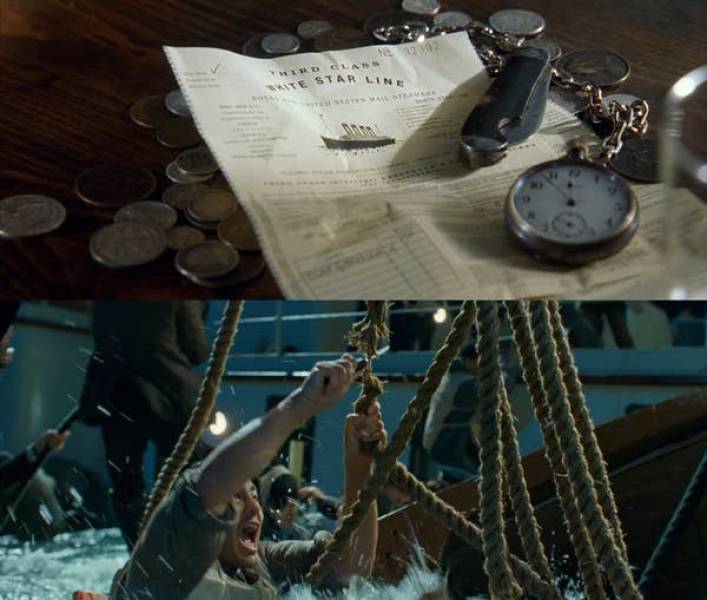 Speaking of the poker game, Jack shows a mean poker face when drawing his winning card — it was a tense moment. In reality, he already had three of a kind and would've won the game anyway. 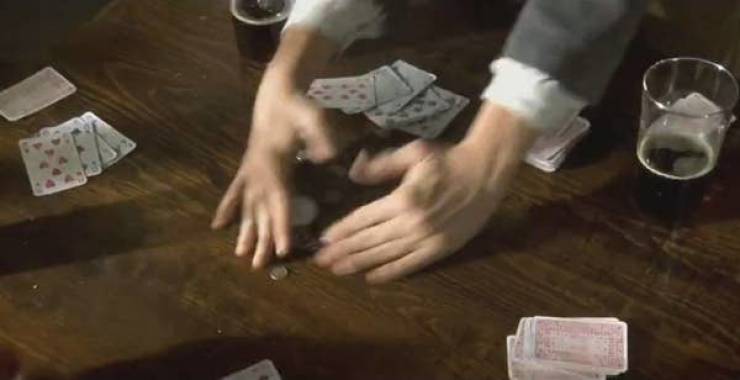 Remember this guy? Jack and Rose encounter him on the deck as the ship is going down. Did you know he's based on an actual Titanic survivor by the name of Charles Joughin, who was the chief baker and one of the best paid crewmen on the ship? 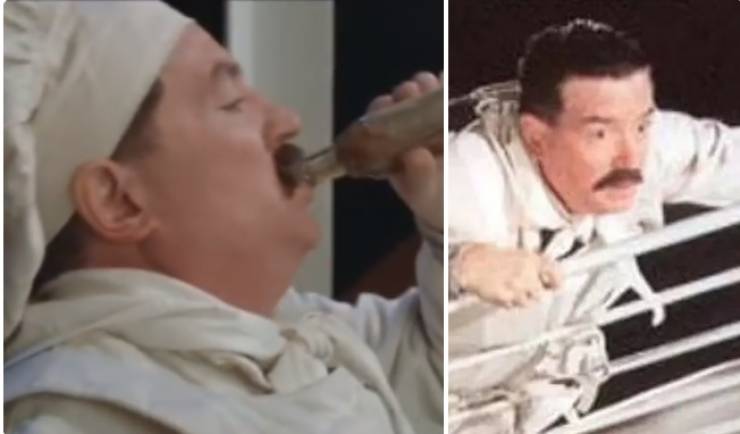 Rumor has it that he survived in the frigid water because of the amount of alcohol he had consumed before the ship went down.

The man and woman that lie in bed together as their room floods are also based on real people: Isidor and Ida Straus, co-owners of Macy's Department Store, who died in the wreck. 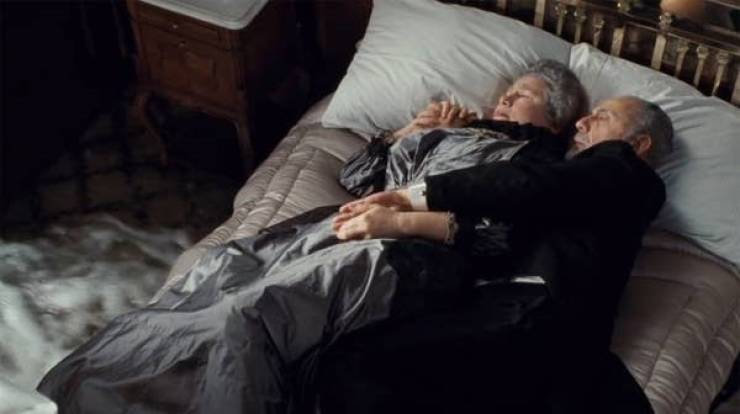 This actual artifact recovered from the wreckage and that you can see at the Maritime Museum of the Atlantic in Halifax, Nova Scotia (left), looks suspiciously similar to that infamous "door" that's been so hotly debated since the movie's release over 20 years ago.

There's a scene in which Thomas Andrews, upon realizing that the "unsinkable" ship he designed is sinking, rests both hands on the mantle and stares into the clock. That moment is a direct reference to a scene in A Night to Remember (1958), which is also about the Titanic tragedy. 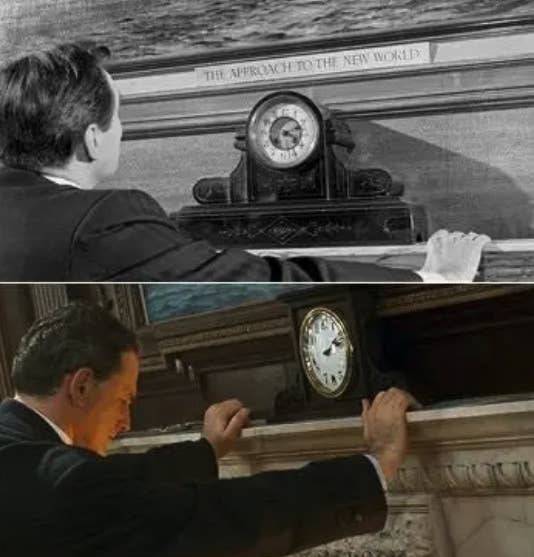 At one point Jack tells Rose he'll take her to the Santa Monica Pier where they'll "ride on the rollercoaster til [they] throw up, then [...] ride horses on the beach, right in the surf." At the end, when it's panning through Rose's old photos, there's one of her on horseback with the Santa Monica Pier in the background. 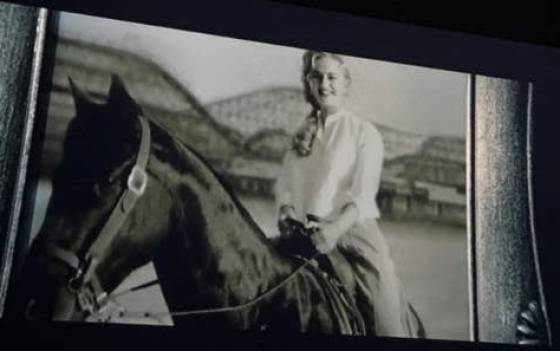 During this heart-wrenching scene where a mother is trying to soothe her children as the ship sinks, she tells them of Tír na nÓg, which is paradise in Celtic mythology. Another name for it is "Tír fo Thuinn," which translates to "Land Under The Wave," as one of the methods for getting there is by going underwater.

And lastly, when we first meet Rose, she's wearing a sort of locket that appears to be of a similar size and shape as the Heart of the Ocean. We now know she had it all along, but had she been wearing it all these years too? 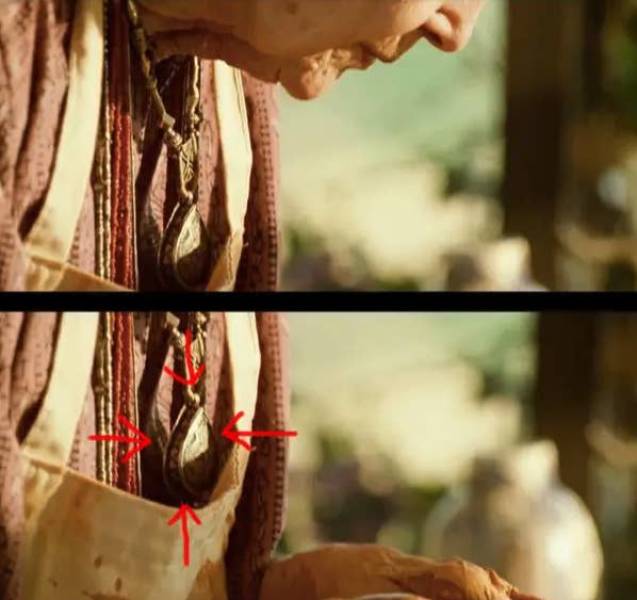 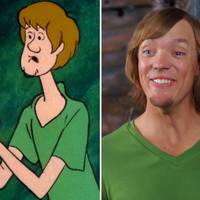 Eugene 7 month s ago
Wonderful film, but having lived through the release back then, they would not take the music off the radio for weeks. The damn theme song with voice overs played a dozen times a day and it drove me crazy!
Reply
4 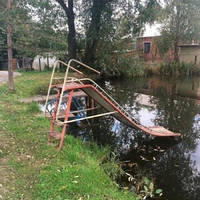 Tine 7 month s ago
#16 Alcohol will make you more likely to get hypothermia, as it will increase the blood flow to your skin, and thereby lowering your core temperature. It will also make you shiver less, which is the body's last countermeasure against freezing to death.
Reply