In The Sound of Music, they had to film just silhouettes during "Something Good" because Julie Andrews kept giggling — the lights above them kept making strange noises during the scene. 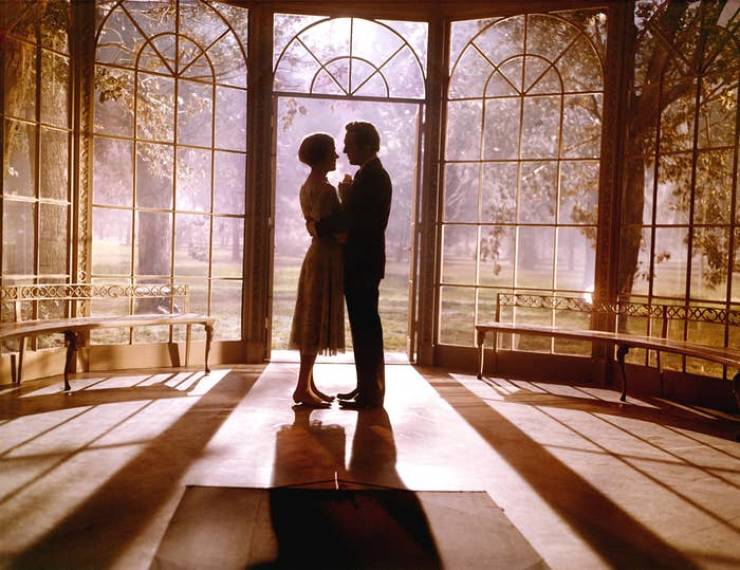 In Supernatural, the holy water was actually a mixture of lube and water, according to actor Alaina Huffman.

The scene in Spider-Man when Peter catches the food on MJ's tray was not done with CGI — Tobey Maguire actually had to catch it (though his hand was glued to the tray), and it took 156 takes.

In Indiana Jones and the Last Crusade, there was one scene in which Harrison Ford and Sean Connery went pants-less because it was so hot. 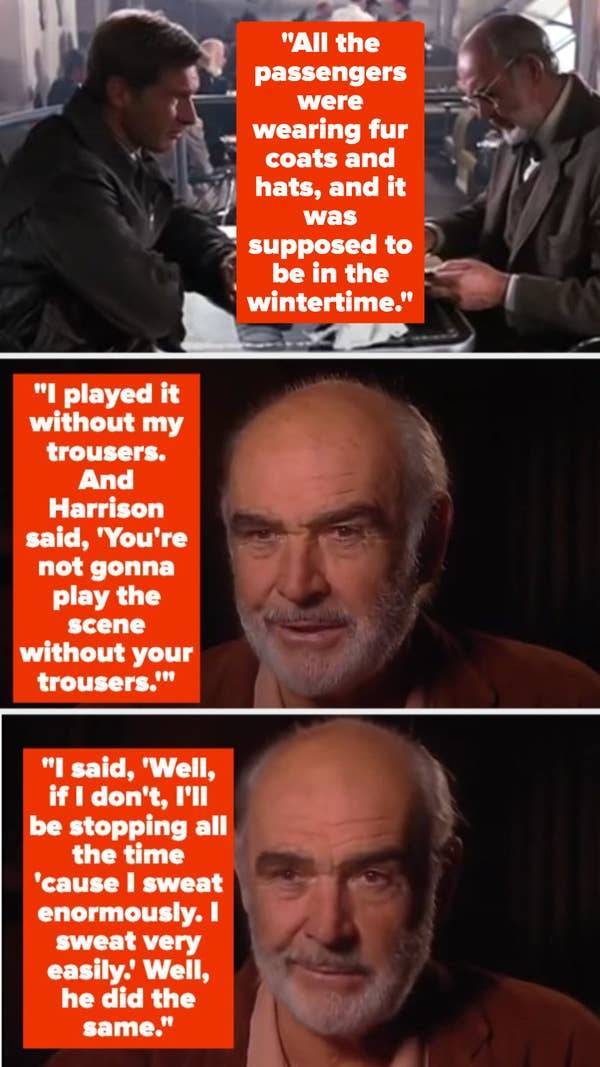 In The Wolf of Wall Street, Matthew McConaughey kept beating his chest and humming before takes of the restaurant scene as a relaxation exercise. Leonardo DiCaprio suggested he bring it into the scene, and it made it into the final cut.

During Anya's heartbreaking monologue about death in the Buffy the Vampire Slayer episode "The Body," Emma Caulfield said, the only thing she was thinking about was how much she had to go to the bathroom. 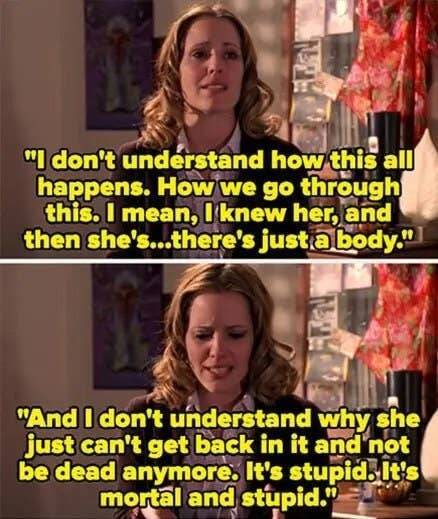 The Harry Potter and the Prisoner of Azkaban scene where Hermione punches Draco was originally supposed to be a slap — Tom Felton asked Emma Watson to try slapping him for practice. However, she slapped him super hard, and Tom said he walked away with his "tail between his legs." It was later changed to a punch.

In The Last Jedi, Laura Dern kept saying "pew" whenever she fired her blaster.

And similarly, in The Phantom Menace, Hayden Christensen would make a light-saber noise whenever he fought with one.

After the baby who was supposed to play Toby in Labyrinth kept crying at the puppets, he was replaced with the infant son of the conceptual and costume designer for the film, who was used to being around puppets. The baby, Toby Froud, later ended up being a puppeteer and fabricator of goblins who worked on Dark Crystal: Age of Resistance. 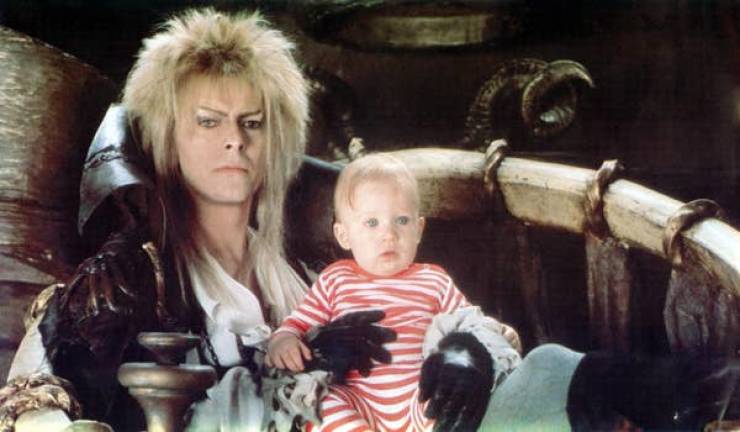 In Gilmore Girls, Alexis Bledel never actually drank coffee (she doesn't like the taste) — her coffee cups were filled with Coke instead.

The DVD of It included a scene where Georgie actually escapes safely in the opening sequence of the film — the cast and crew shot this just for fun. 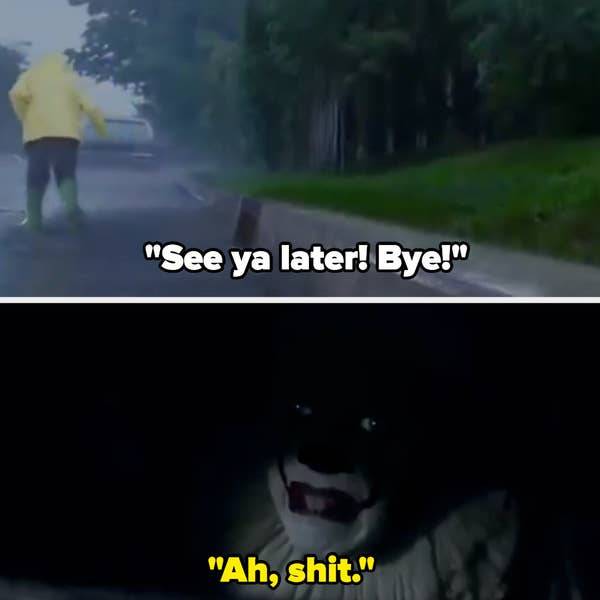 According to The Lord of the Rings: Great Movie Mistakes & Trivia, Sean Astin, frustrated at the two-hour process of getting the hobbit feet prosthetics put on, started a count of how many times they were put on and then not even seen on camera. The count ended up being 50. 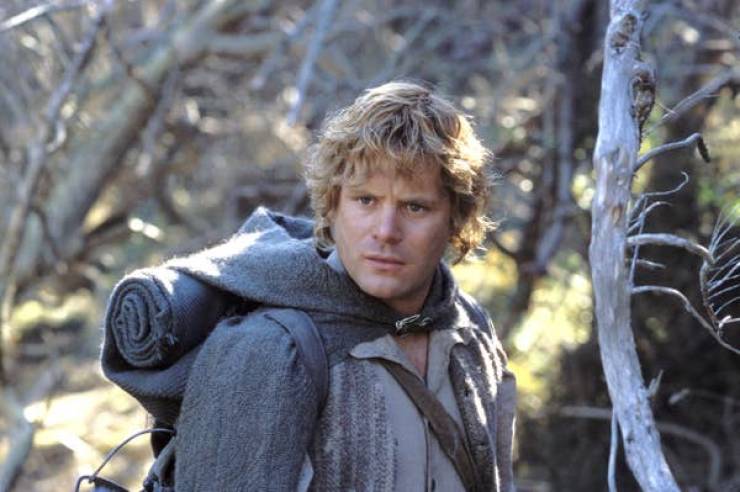 Also in Harry Potter and the Prisoner of Azkaban, Alan Rickman and Michael Gambon played a prank on Daniel Radcliffe during the scene where all the students sleep in the Great Hall by putting a fart machine in his sleeping bag. 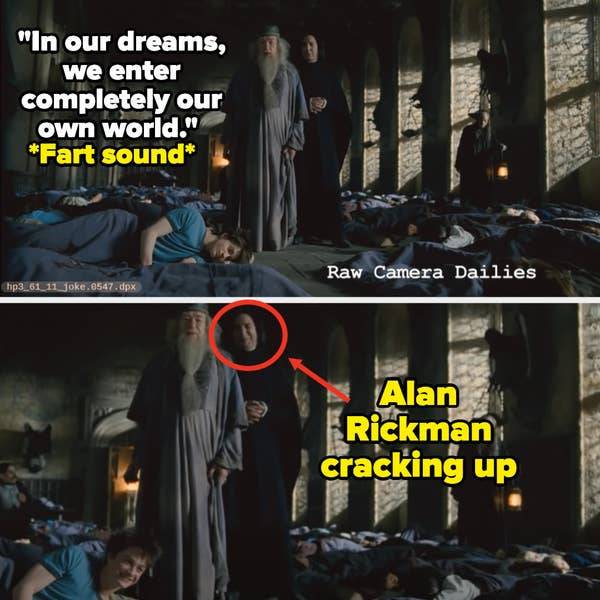 In Coming to America, you might not know (Oprah didn't!) that Eddie Murphy plays the old Jewish man. Murphy said that a lot of people don't even know it's him in that scene and that once, while walking around on the lot to test out the makeup, he actually got the number of an old lady who thought he really was the character. 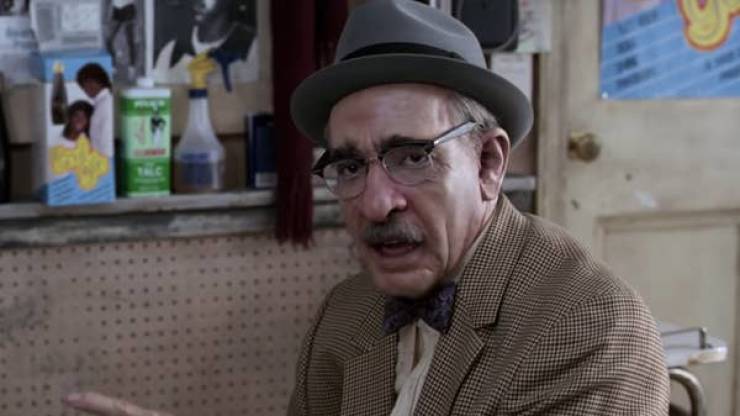 In When Harry Met Sally..., the scene with the pecan pie line in the Metropolitan Museum of Art was improvised, which is why Meg Ryan looks to the side (at director Rob Reiner) — however, she ends up going with it. 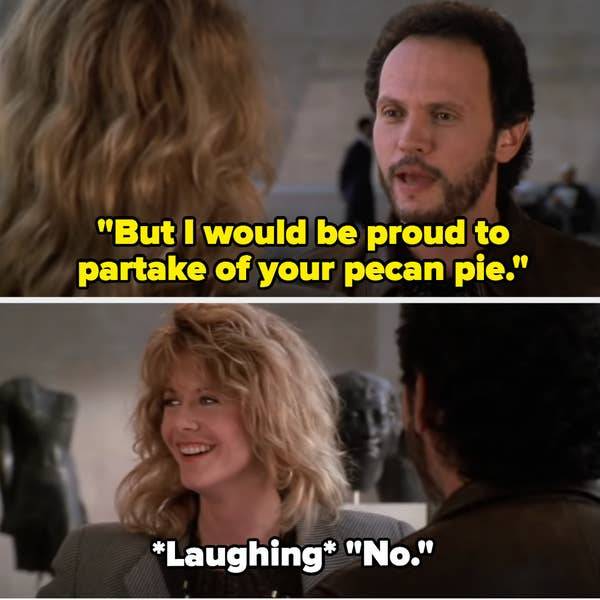 In The Avengers, the reason Tony Stark offers Bruce Banner a blueberry is that Robert Downey Jr. kept randomly bringing snacks to set and eating them during scenes. 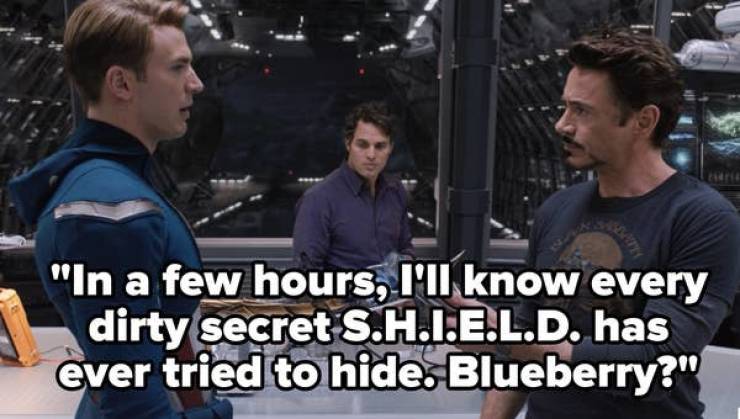 And finally, in Cujo, the dogs (friendly Saint Bernards) used to play the murderous animal had to have their tails tied down because they kept wagging them. 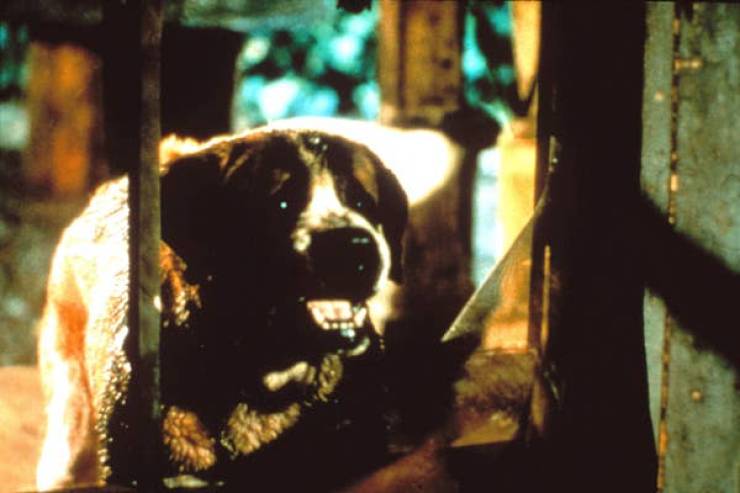 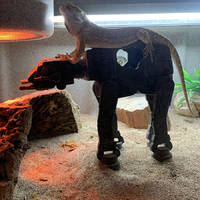 Jos 1 year ago
#15 It must have been great makeup for Oprah not to know it was Eddie Murphy. I thought Oprah knew everything. She’s the second smartest woman in the world, behind Hillary.
Reply
1 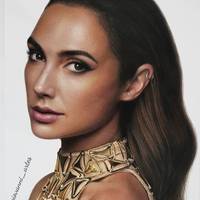 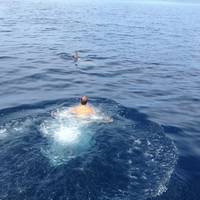 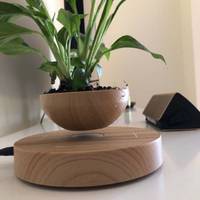 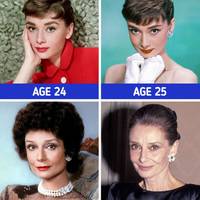 Michael 1 year ago
Martin,
It wasn't him it was actually Ewan McGregor
Reply