Hollywood Actors And Actresses: At The Start, Peak, And Current Point Of Their Career (13 PICS) 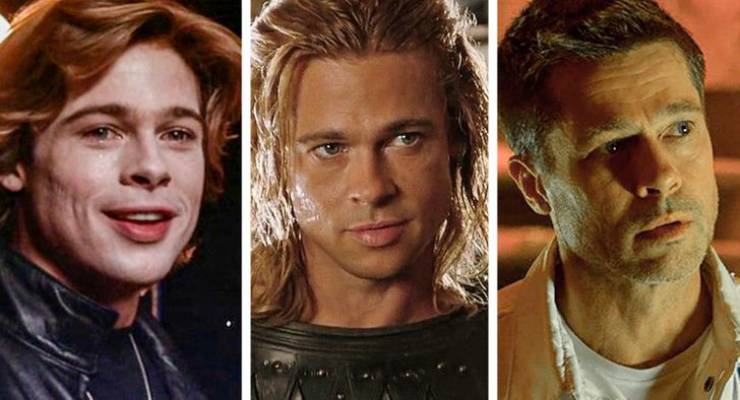 Brad Pitt’s first leading role was in the 1988 movie The Dark Side of the Sun. He was jumping in the air from happiness when he found out that he would portray an unusually strong man with a severe allergy to the sun.

In 2004, Pitt starred as Achilles in Troy, loosely based on Homer’s Iliad. The movie was a success and earned $497 million worldwide.

Brad Pitt continues to act, and his latest movie was Ad Astra. His acting in this movie was praised by critics. 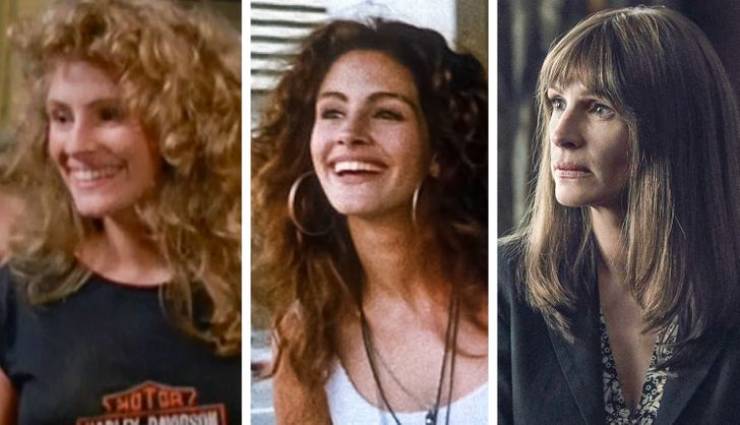 Julia Roberts’ first movie was Firehouse. She played a minor, uncredited role there.

In 1990, she established herself as a leading lady in Hollywood after headlining the romantic comedy film Pretty Woman.

In 2018, the Homecoming TV series held its world premiere. Critics mentioned it as “an impressive small-screen debut for Julia Roberts.”

DiCaprio made his film debut in the low-budget horror film Critters 3.

In 1997, DiCaprio became a superstar after the release of the iconic movie Titanic.

On May 21, 2019, Quentin Tarantino’s Once Upon a Time in Hollywood, starring DiCaprio, premiered at the Cannes Film Festival. The movie received a 6-minute standing ovation after the show.

In 1983, Nicole Kidman made her film debut in a remake of the Australian holiday season favorite, Bush Christmas. The actress was 16 years old at the time.

Kidman’s first Hollywood project that brought her to international recognition was the thriller Dead Calm (1989).

In 2020, The Undoing TV miniseries, starring Kidman, became the most-watched show on HBO, and it gained viewership every week over the course of the season. 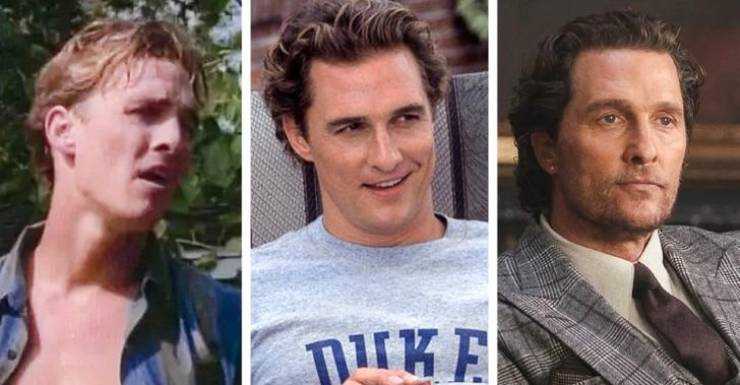 Matthew McConaughey began his acting career participating in TV commercials and music videos. In 1992, he received his first role in an episode of the Unsolved Mysteries TV series.

McConaughey gained popularity in the early 2000s when he acted in successful romantic comedies, like How to Lose a Guy in 10 Days. The leading role in Dallas Buyers Club, for which McConaughey received the Golden Globe Award for Best Actor — Drama, and the Academy Award for Best Actor, became a turning point in his career, making him a sought-after dramatic actor.

At the end of 2019, Guy Ritchie’s The Gentlemen was released. The film received generally positive reviews from critics and was also a commercial success, grossing $115 million worldwide against its $22 million budget.

Kate Winslet began her acting career in 1991 playing minor roles in different TV series for 3 years. One of these series was the British television sci-fi series Dark Season.

In 1997, Winslet became a Hollywood star. She was cast for the leading role in Titanic which received 11 Oscars.

Winslet’s latest project is the crime drama miniseries Mare of Easttown that premiered on HBO in April, 2021.

Matt Damon made his film debut at the age of 18, with a single line of dialogue in the romantic comedy Mystic Pizza.

In the early 1990s, Damon and Affleck wrote Good Will Hunting. This movie made Damon famous.

In 1991, Cruz made her feature film debut as the lead female role in the comedy drama art house film, Jamón, jamón. The movie received favorable reviews. And just a year later, Cruz was nominated for both the Goya Award and the Spanish Actors Union Award as Best Lead Actress.

In 2001, Penélope Cruz starred in the feature film Vanilla Sky which earned $200 million worldwide. It was a huge success.

Robert De Niro made his film debut in Brian De Palma’s comedy The Wedding Party in 1963. However, due to disagreement between the film director and investor, the movie wasn’t released until 1969.

For the role of the young Vito Corleone in The Godfather Part II, De Niro won an Oscar as Best Supporting Actor. The movie received 11 nominations at the 47th Academy Awards, winning 6 of them.

In November 2020, the crime comedy The Comeback Trail was released where De Niro played a movie producer and a scammer.

A 9-year-old Scarlett Johansson made her film debut in the comedy-drama adventure film North co-starring alongside Elijah Wood and Bruce Willis.

At the end of 2019, the comedy-drama film Jojo Rabbit starring Johansson was released. The movie won many awards, including an Academy Award, a BAFTA, and a WGA for Best Adapted Screenplay. 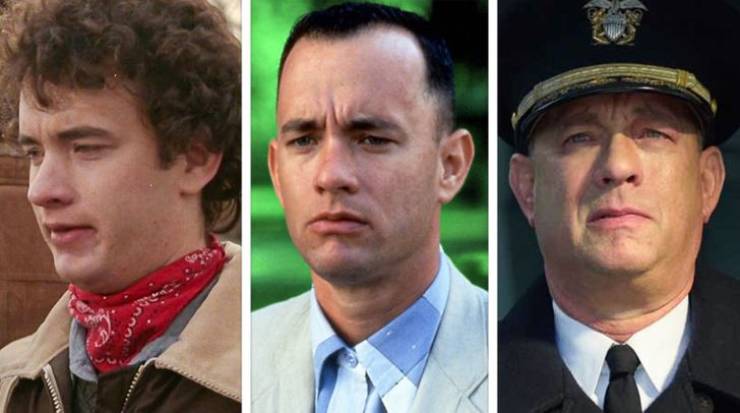 Tom Hanks’ first movie was He Knows You’re Alone which was released in 1980.

His greatest success took place in 1994 when Forrest Gump was released. The movie won 6 Oscars while Hanks became a national hero. 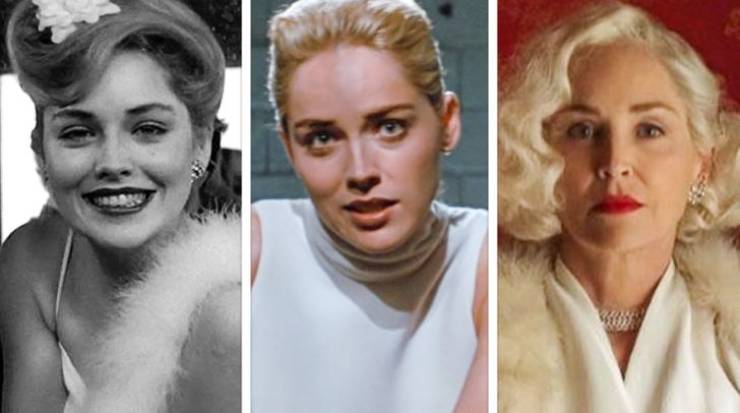 Sharon Stone made her film debut in Woody Allen’s comedy-drama Stardust Memories. She played a brief role as a girl on the train.

Stone rose to international recognition when she starred as Catherine Tramell in the thriller Basic Instinct (1992), for which she earned her first Golden Globe Award nomination for Best Actress in a Motion Picture — Drama.

In 2020, Stone acted in the Ratched TV series where she played the mother of one of the patients. 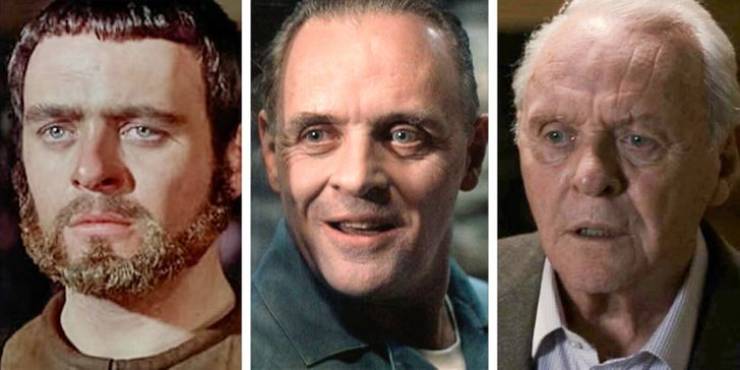 Hopkins’ first leading role was as Richard the Lionheart in The Lion in Winter (1968).

In 1991, he portrayed Hannibal Lecter in The Silence of the Lambs, and achieved international recognition. The movie won many awards, including Oscars in all the top 5 categories: Best Picture, Best Director, Best Actor, Best Actress, and Best Adapted Screenplay. Later Hopkins reprised the role in its sequel Hannibal (2001) and the prequel Red Dragon (2002).

In 2020, Anthony Hopkins played a man struggling with his memory in The Father. He also won a second Academy Award for Best Actor for his role at the age of 83. 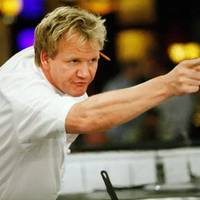 Thirza 11 month s ago
i am Gordon Ramsey
Reply
1 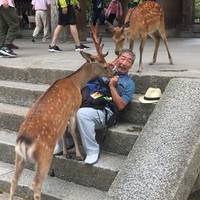 Oswald 11 month s ago
Some of these ladies look better with age.
Reply