Jefferson’s Plan for the White House 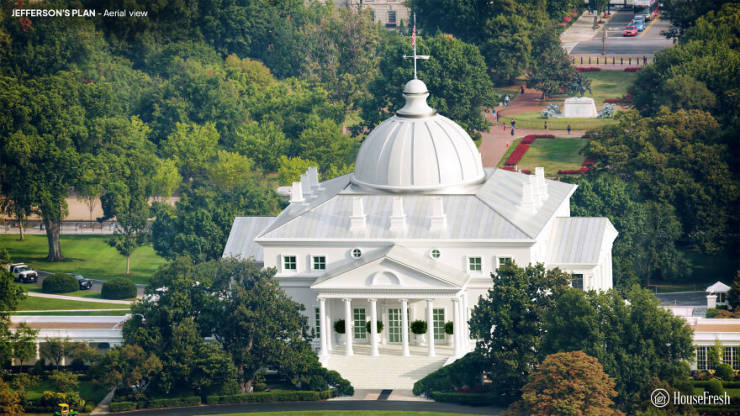 Thomas Jefferson was Secretary of State at this time, and closely involved with the administration of the competition. But he was also an architect and enthusiast of classical European design. Experts attribute a losing entry labelled “Abraham Faws” to Jefferson. The ‘real’ Faws submitted his own, amateurish entry, and Jefferson’s anonymous design was later attributed to Faws due to a clerical error. 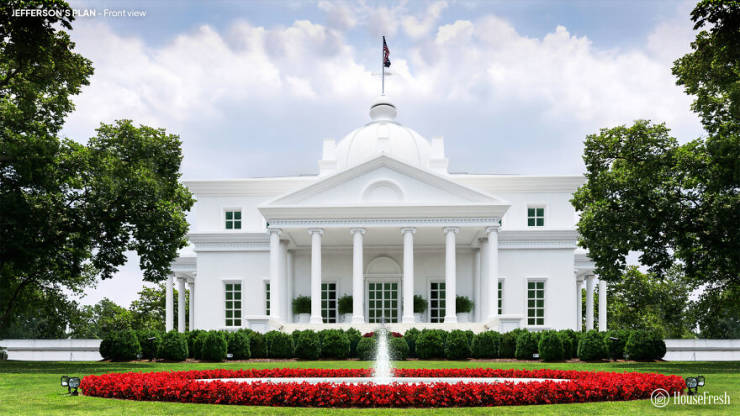 Jefferson would move into the White House as president in 1801, describing the mansion as “big enough for two emperors, one Pope and the grand Lama.” All the same, he couldn’t help himself but expand on it, adding colonnades and other features to shape the White House as it now looks. 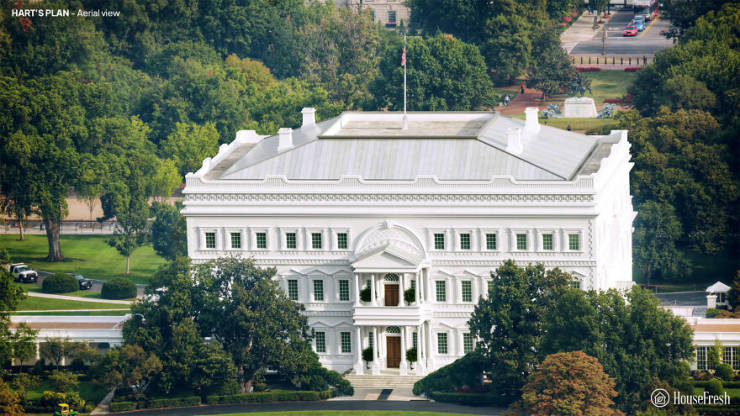 The competition to design the White House was part of a broader challenge to suggest architecture for Washington’s seat of power. Phillip Hart was an amateur architect – more likely a professional builder – who submitted proposals for both the president’s house and the Capitol. 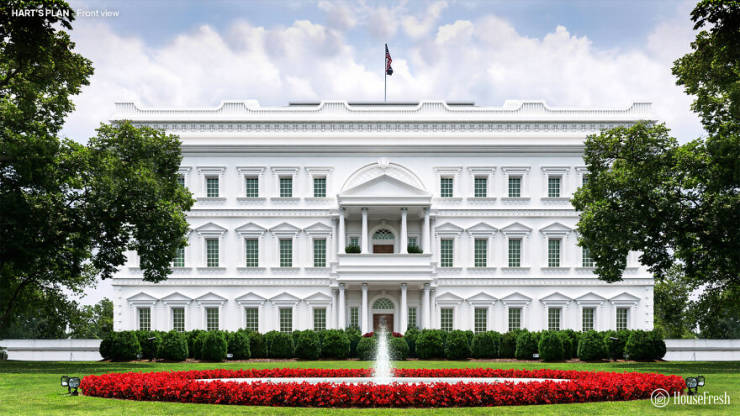 Hart’s White House echoes his vaguely absurd Capitol sketches. The foreshortened top floor and faux-Renaissance style lacks the style and sophistication that Washington desired from a building that should, “in size, form, and elegance… look beyond the present day.” 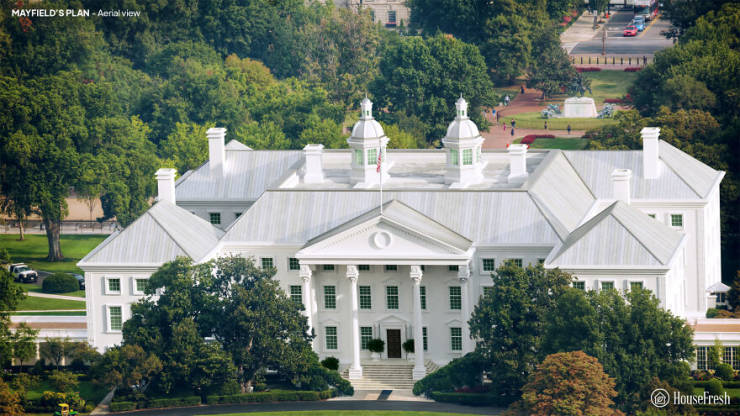 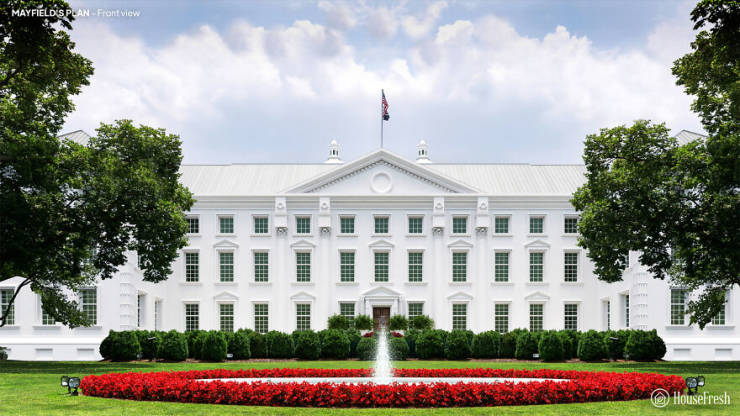 Carshore’s steeply-pitched roofs are bordered with a lead walkway, with a rainwater reservoir in the roof of the main block. But to the judges, his work lacked a vital spark. According to architectural historian Hugh Howard, Carshore was a ‘gentleman amateur’ and his rejected entry may be the only building he ever designed. 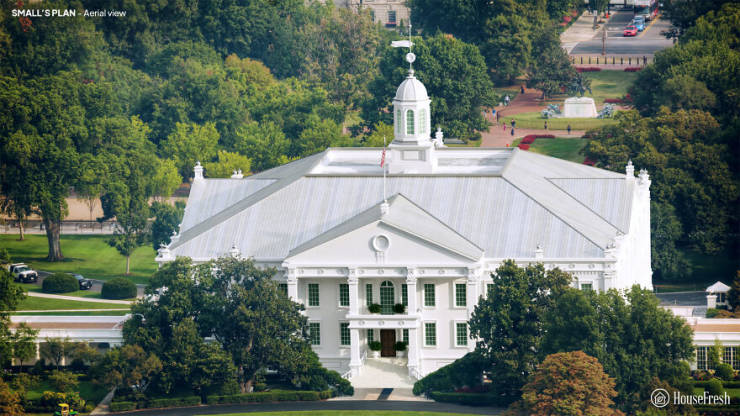 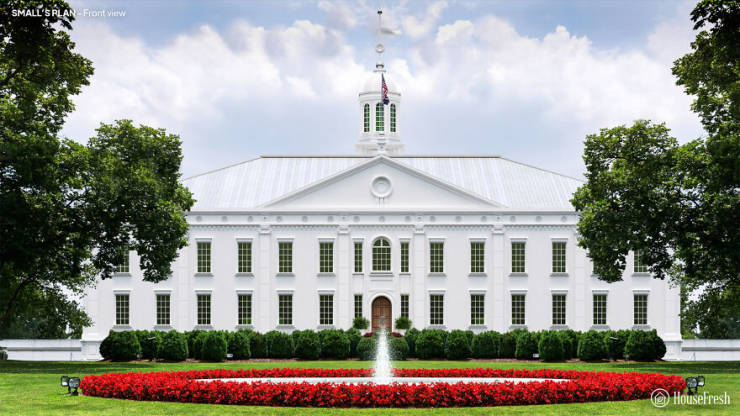 Small connects the stable and kitchen blocks to the main house via arcades. But his maze-like interior of hallways and mysterious staircases would have been awkward for the president. Curiously, Small did anticipate oval-shaped rooms for the White House – but he failed to integrate them into his broader design in any meaningful way. 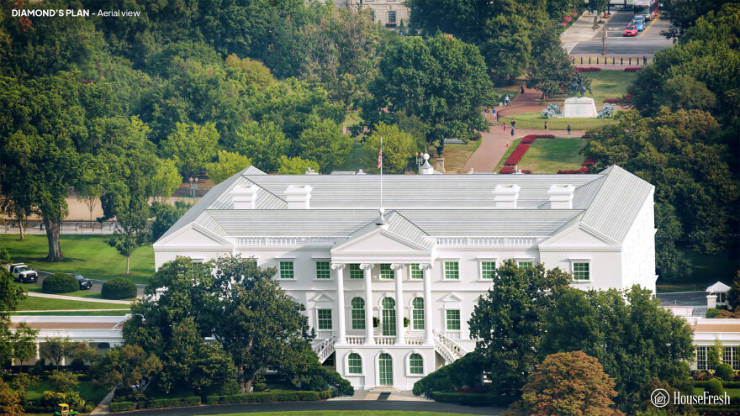 Originally from Ireland, James Diamond was an architect and builder. Diamond’s White House is set around a rectangular court. However, Diamond notes on his design that “the Open Court may be changed to a Picture Gallery and Lighted from the Top, which would have a grand Effect.” 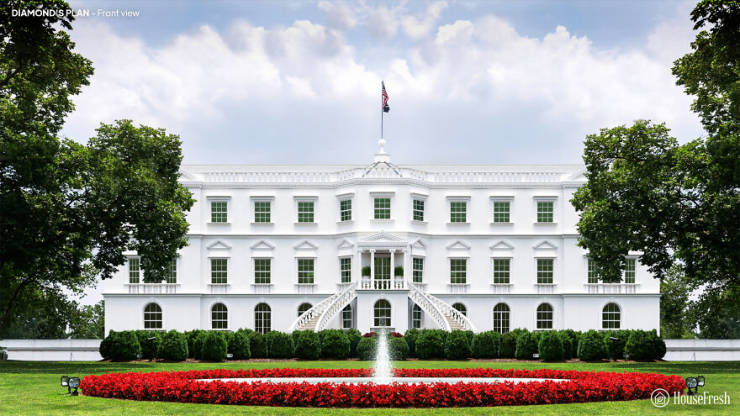 Diamond’s design incorporates sophisticated design elements like Ionic columns and window frames capped with pediments. But the staircases are positioned inconveniently far from the entrance, and the overall grandness is thought to have been too ornate for George Washington’s tastes.

This is how it ended up looking. Aerial view 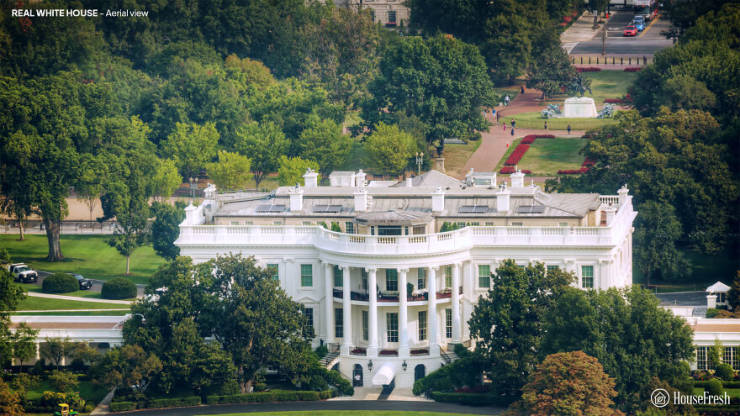 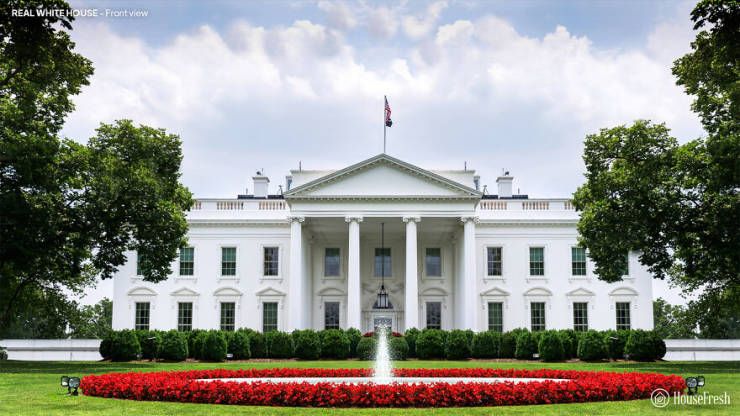 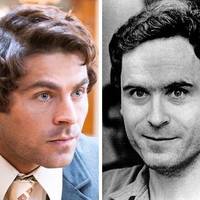 Manny 9 month s ago
#7 YOU'RE KILLING ME, SMALLS!
Reply