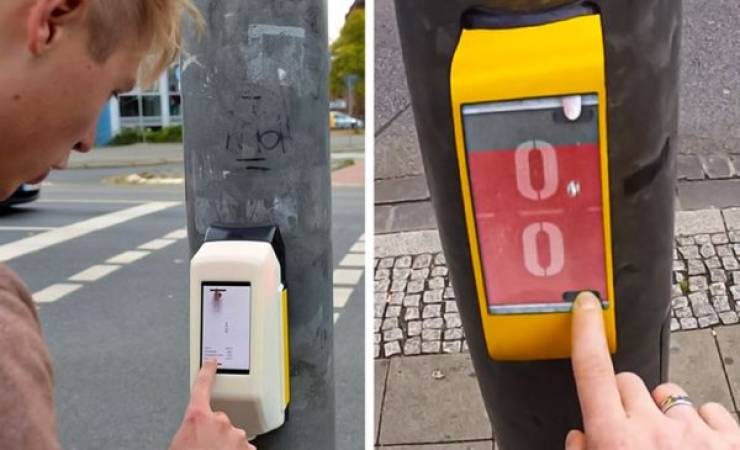 In Germany, you can play pong with the person on the other side of the traffic lights. 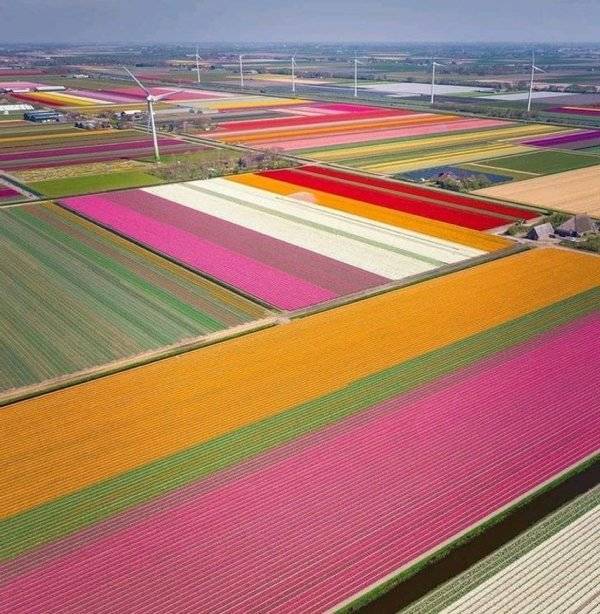 This field of tulips in Holland I just saw that in my neighborhood in France, there’s a daily baguette delivery service. 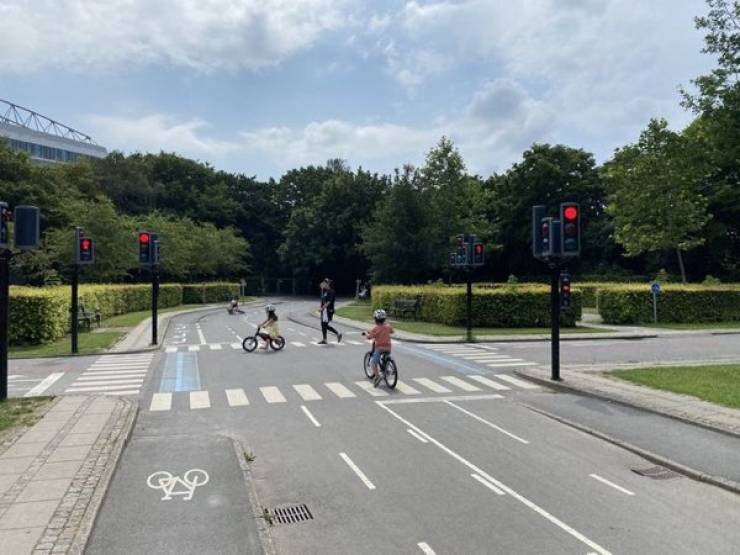 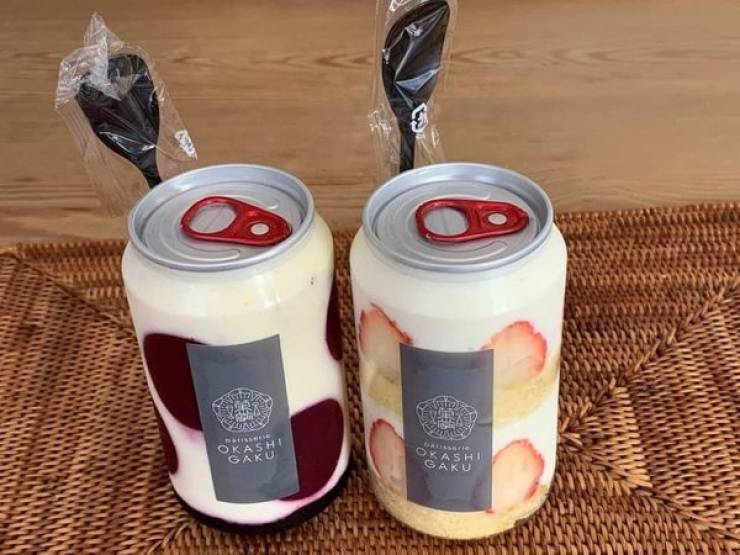 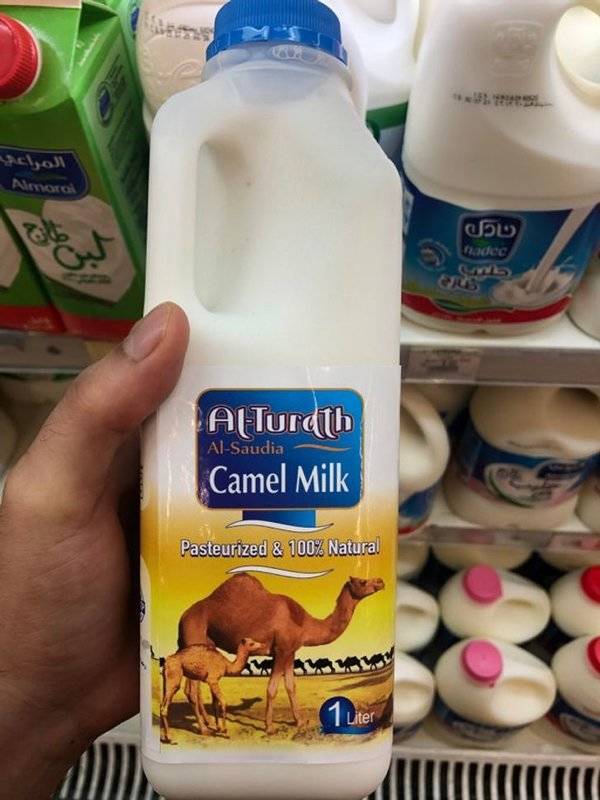 I’m in Saudi Arabia, and they sell camel milk in supermarkets. 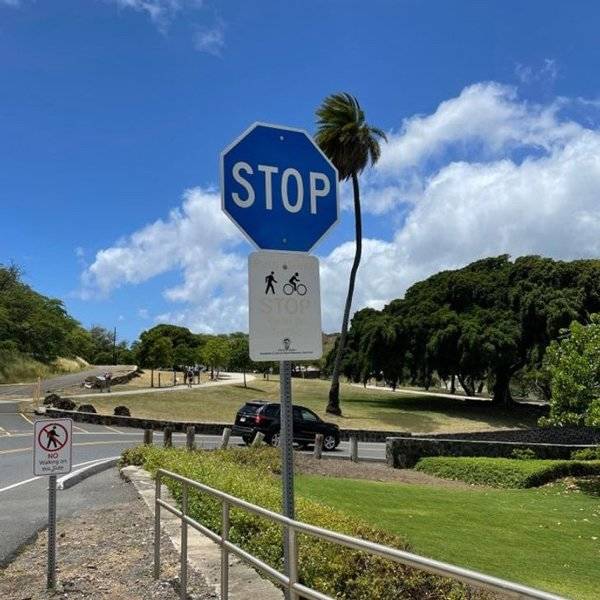 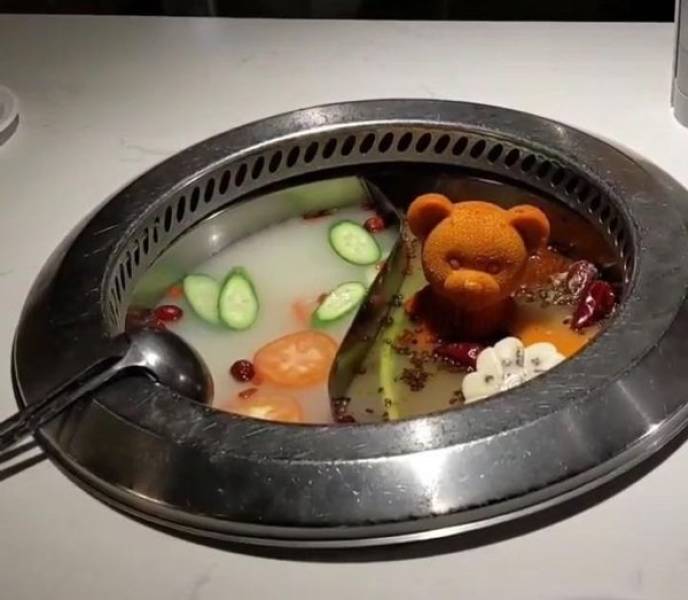 A hotpot restaurant in Queens puts all the spices in bear form. 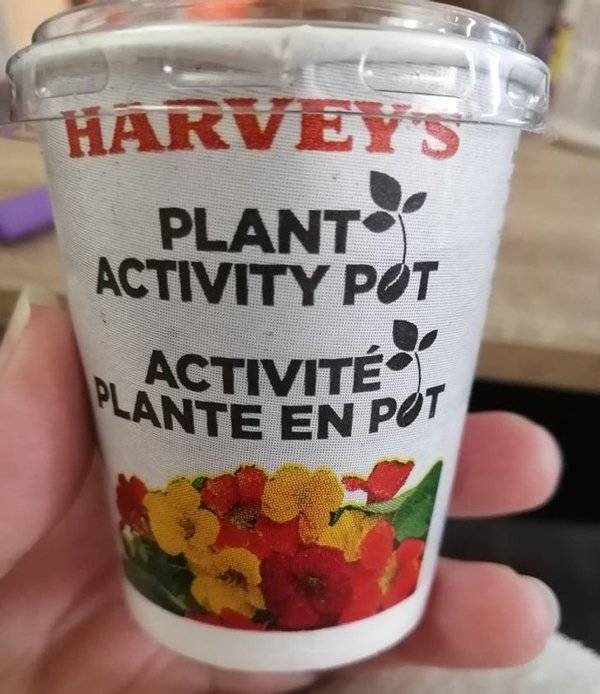 Harvey’s (Canada) gives ’grow your own plants’ instead of a toy in their kids’ meals. 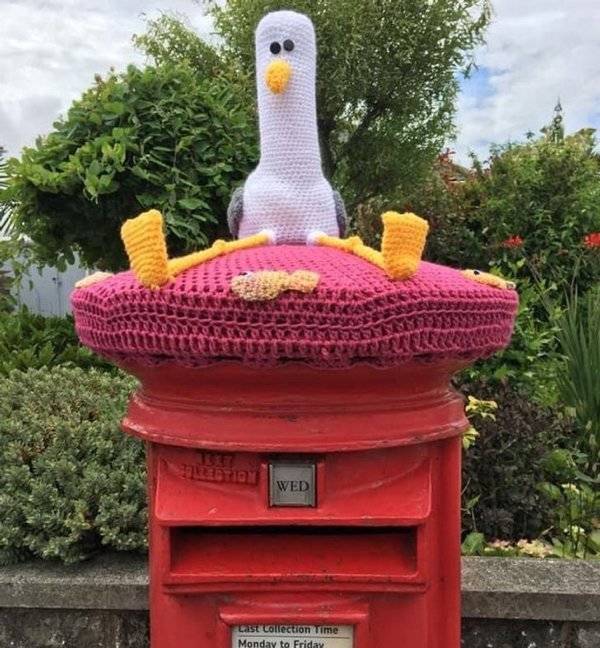 Someone in my town is crocheting little hats for postboxes, Dorset, UK. 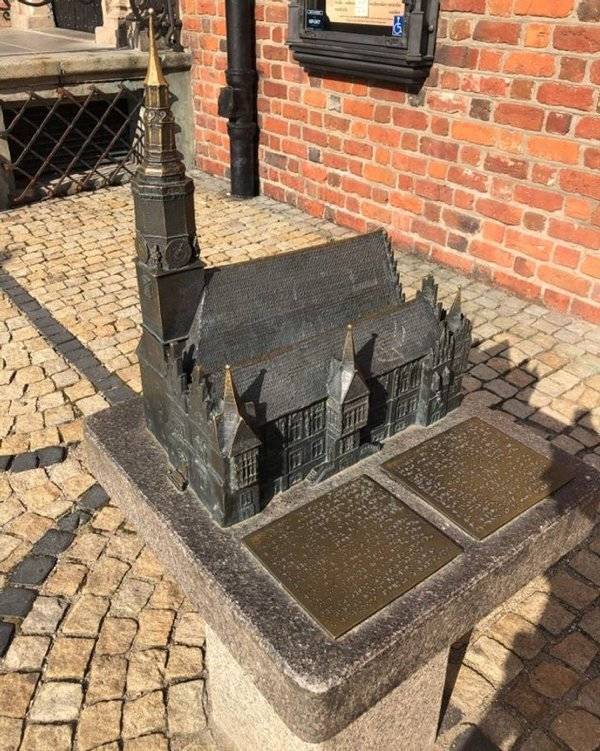 In Wroclaw, Poland, each cathedral and even the rivers have a tactile model nearby for blind people to see them too. 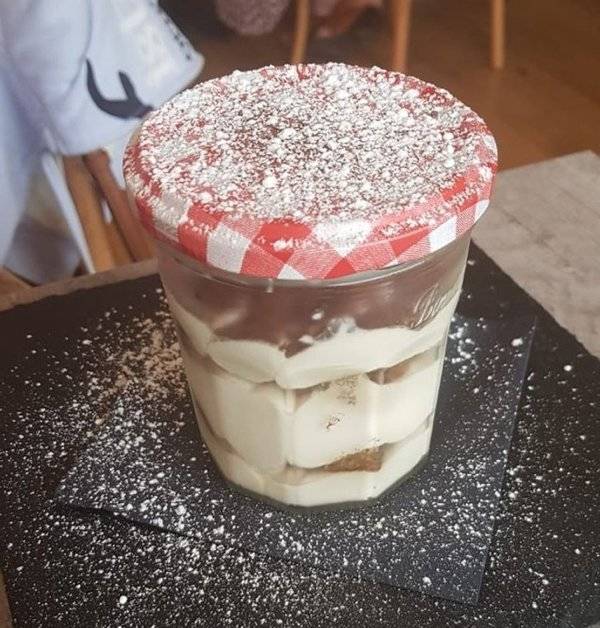 A friend ordered tiramisu in Scotland. Why sugar the lid? 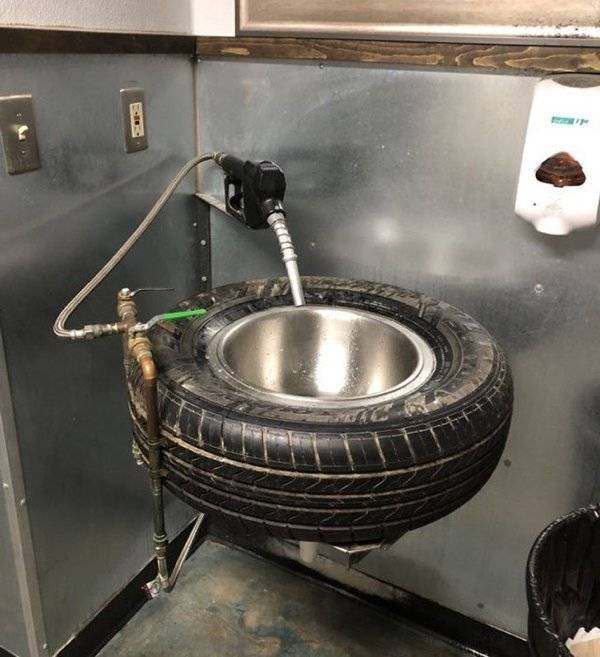 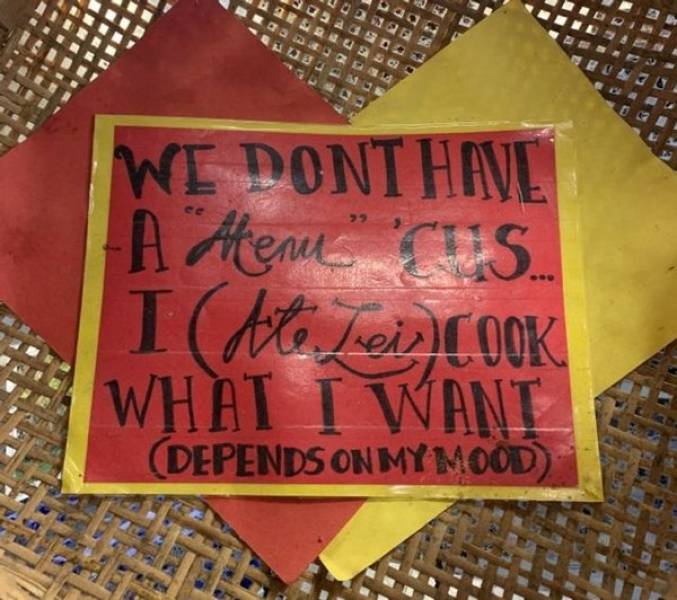 A Filipino restaurant in Seattle with no menu 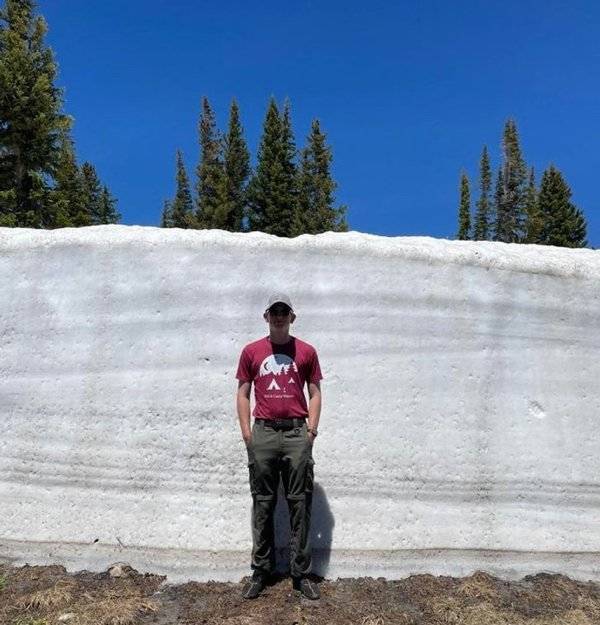 In Wyoming, there are some huge snowdrifts still. I’m 6’1” for scale. 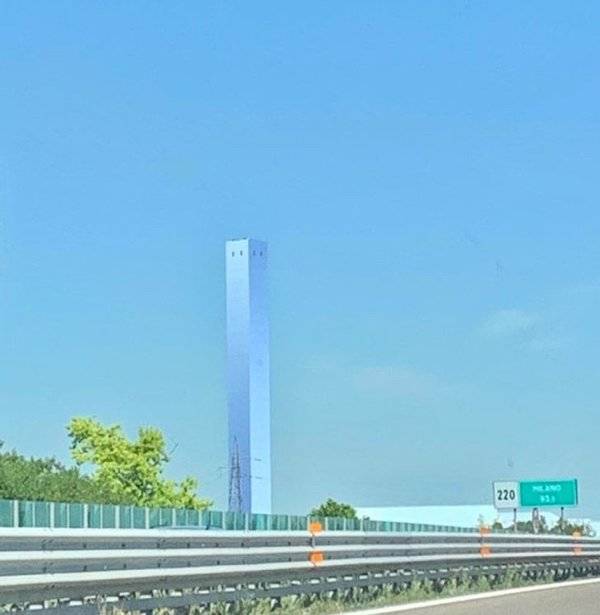 Saw this surreal looking skyscraper on vacation in Italy. 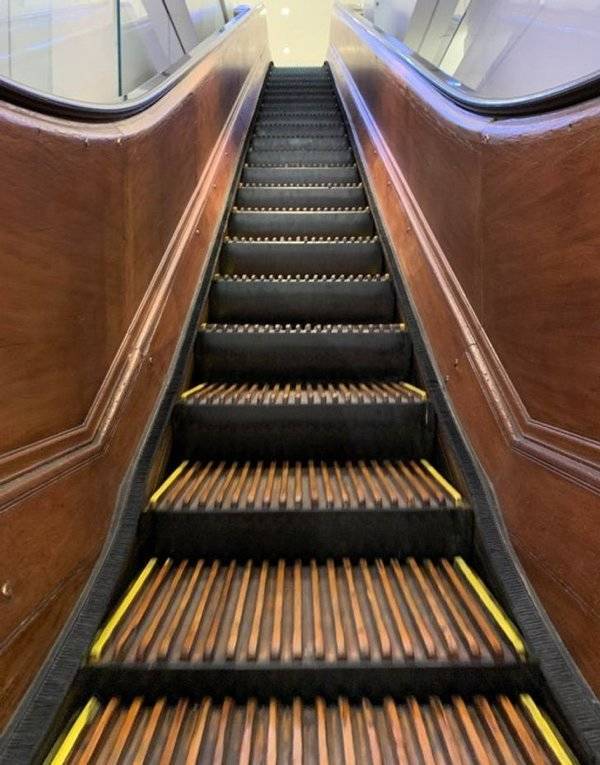 Macy’s in NYC still has a couple of their original, still functioning, wooden escalators. 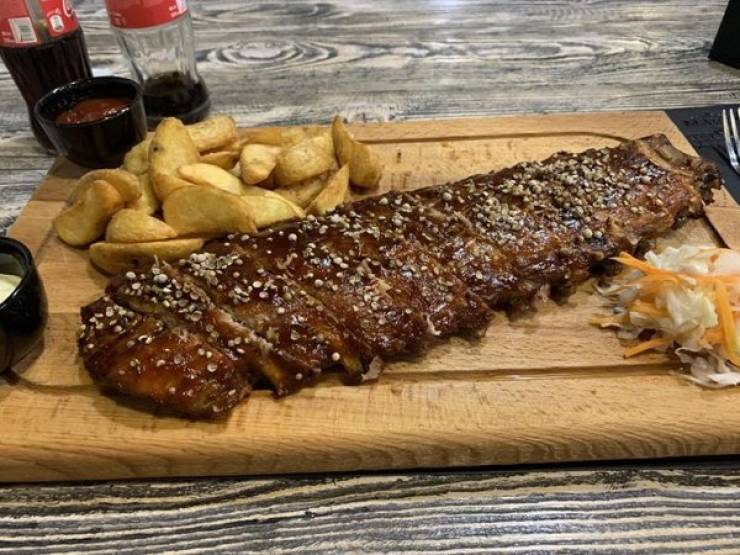 My friend is vacationing in Armenia. This is his $6 dinner. 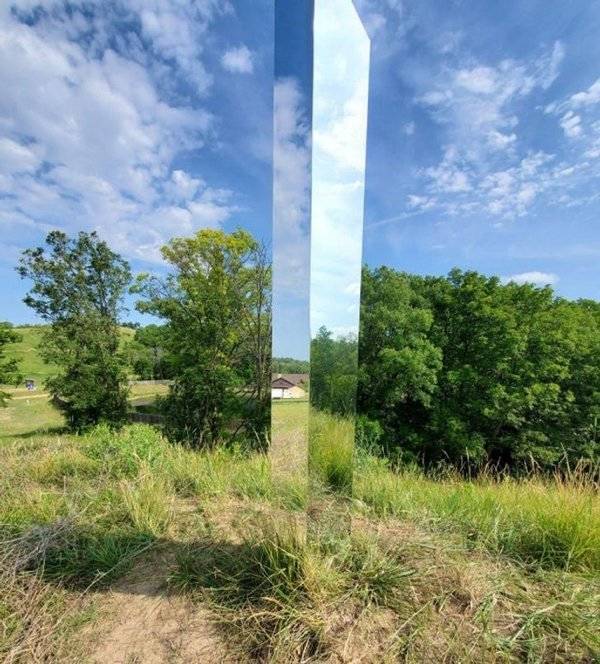 Another obelisk found this morning in Detroit Lakes, Minnesota 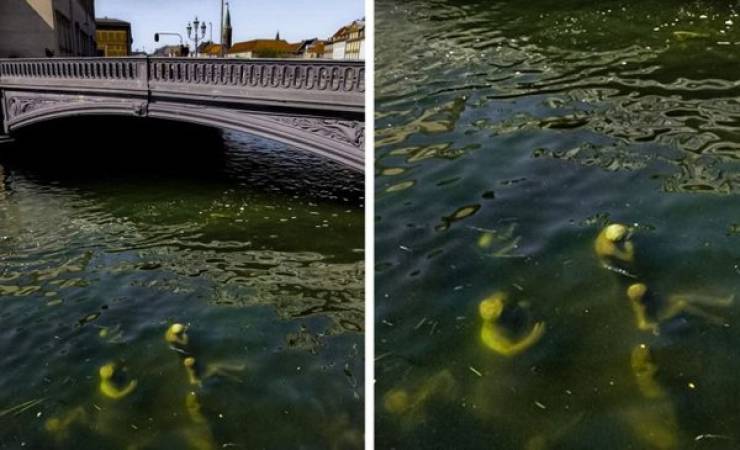 These underwater statues I found in a canal in Copenhagen 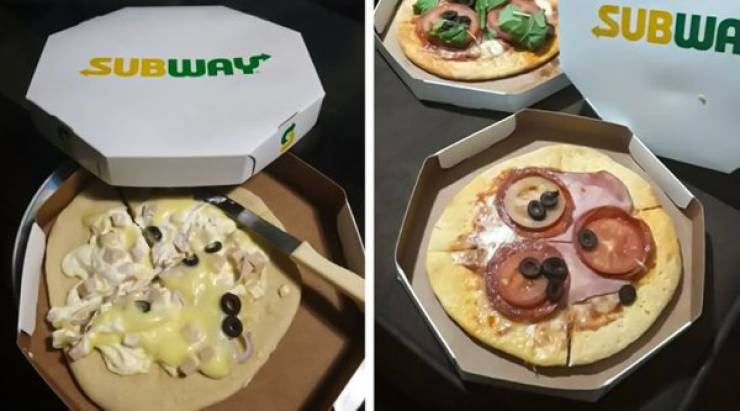 So, Subway is now selling pizzas in Brazil… Drove past this building that looks like a picnic basket in Ohio. 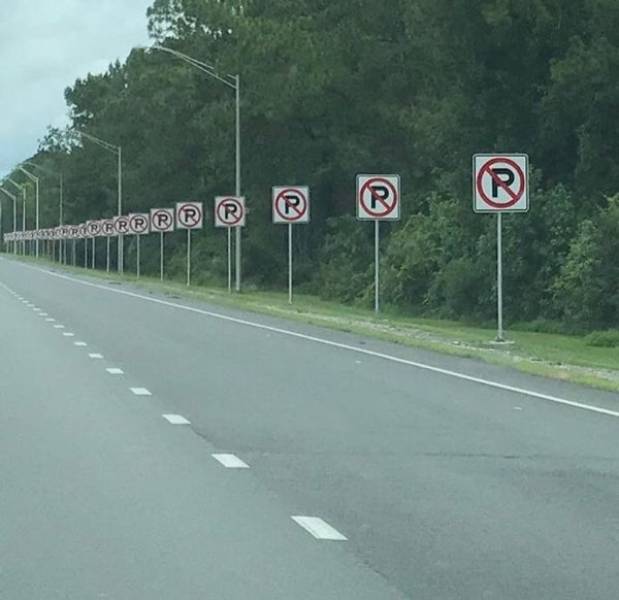 You are really not allowed to park along this stretch of highway in Florida. 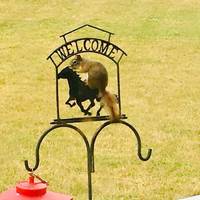 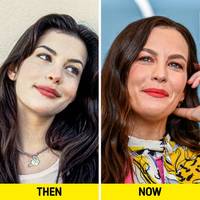 Luella 11 month s ago
#2: the country is called the Netherlands. A country with the name Holland does not exist. The closest are two provinces of the Netherlands called Noord-, and Zuid-Holland.
Reply
2 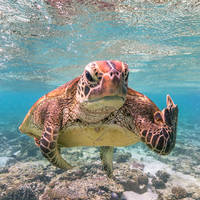 Lainie 11 month s ago
Luella,
Holland has been the common shorthand in English for the Netherlands for a very long time now and it's just part of the parlance. It's easier to say too. And you're not going to like knowing that Spanish speaking countries call the Netherlands "Holanda", because the formal name of "Paises Bajos" is also a little more verbose too. And dig this: Holland.com is the official website for the Netherlands as a tourist destination, and website is managed by the Netherlands Board of Tourism & Conventions. So even the "Dutch" use Holland as an appellative.
Reply
0 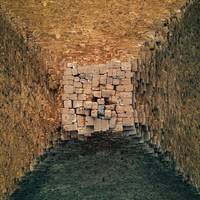 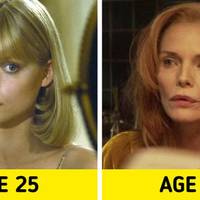