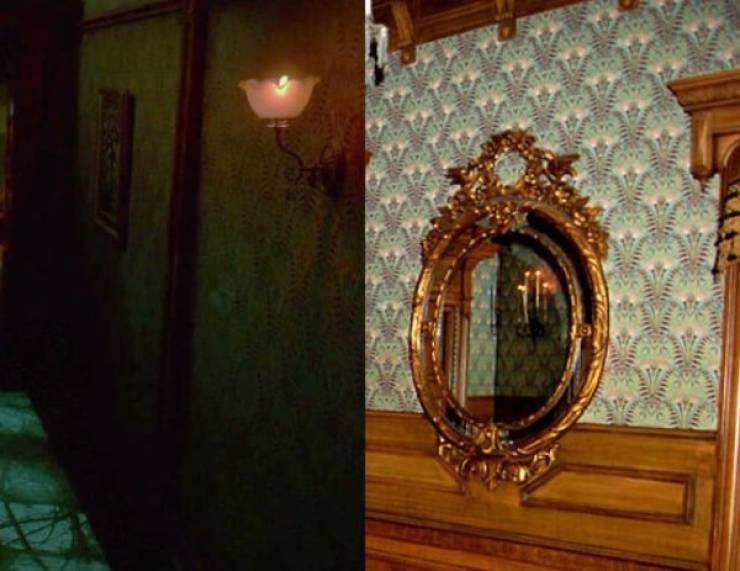 "In Crimson Peak (2015), the wallpaper in this scene is the same wallpaper used in the foyer of Disney’s ‘Haunted Mansion’ ride. Guillermo Del Toro included it as an “inside joke”."

"In The Hobbit: An Unexpected Journey (2012), Peter Jackson plays a dwarf running away from Smaug in the prologue (he’s the one at the forefront)." 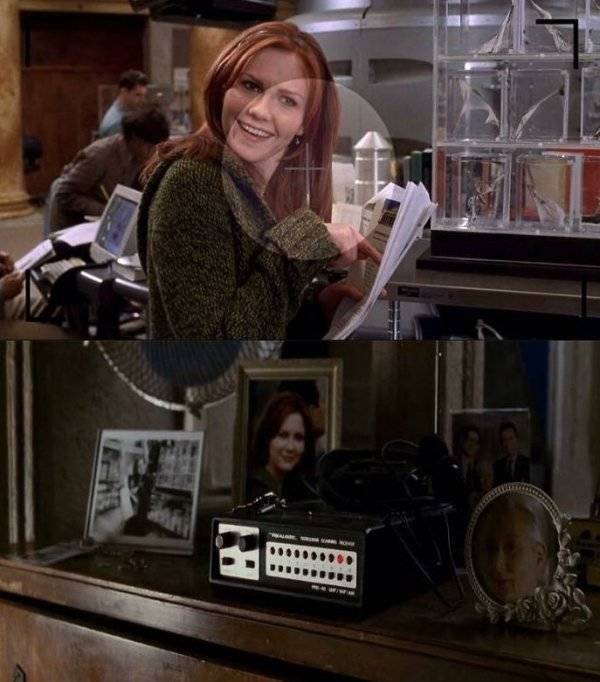 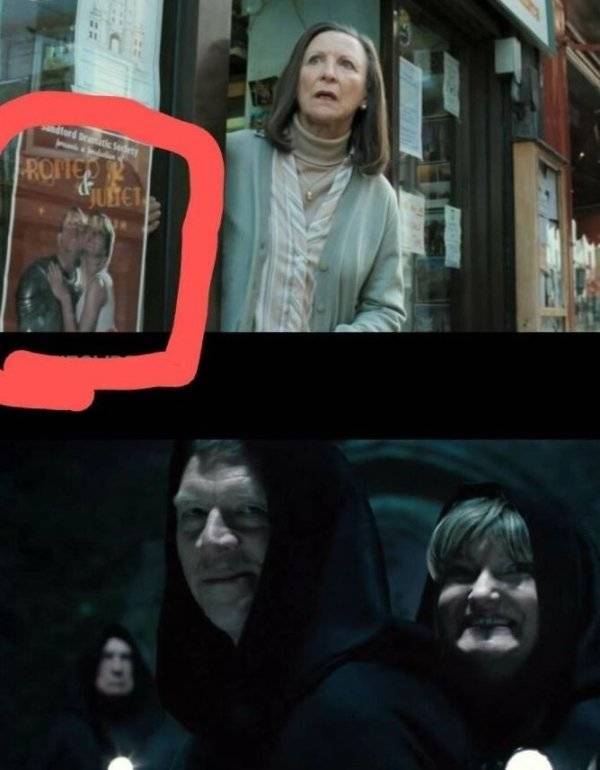 "Hot Fuzz (2007) – Looks like the Neighborhood Watch have wasted no time in recasting Romeo and Juliet with Sanford’s own semi-professional actors."

"In Avengers Endgame (2019) the town that becomes New Asgard is the same town in which the Red Skull originally discovers the Tesseract in Captain America: The First Avenger (2011)." 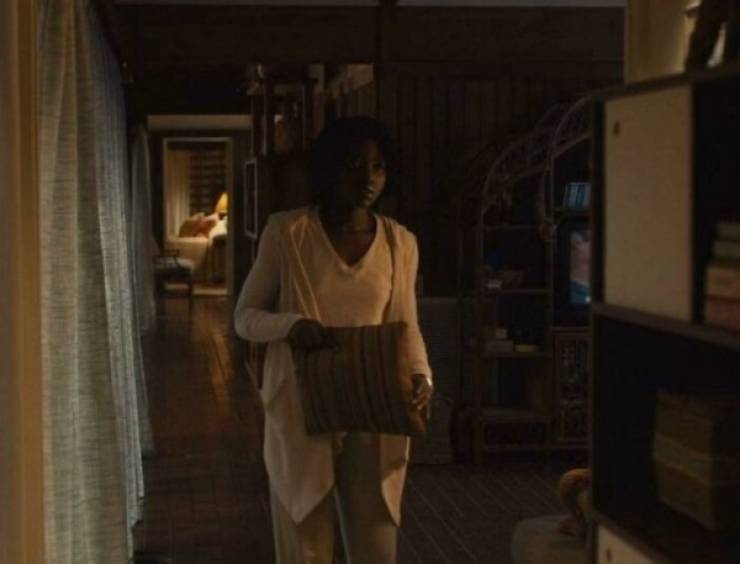 "In “Us” (2019), Adelaide can be seen pausing in the hallway suddenly before saying goodnight to her kids, to Gabe’s concern. If one listens closely, she does this after the baseball game Gabe is watching announces the score is 11-11. In addition, one team is Minnesota, also known as “The Twins”." 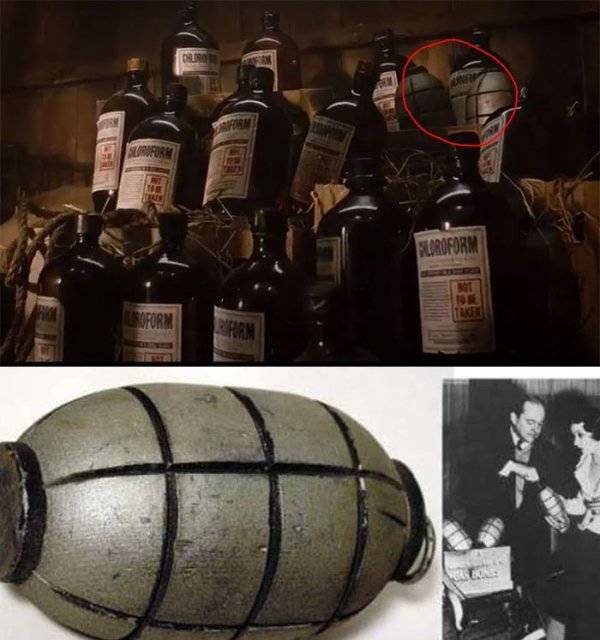 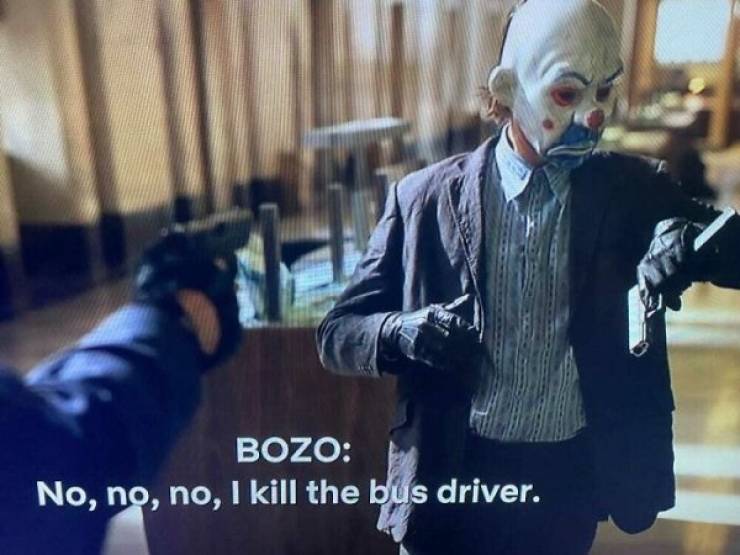 "During the bank robbery scene in ‘The Dark Knight’ (2008), each of the Joker’s goons is referred to by a codename, most of them taken from “Snow White and the Seven Dwarfs.” The Joker’s codename is never said on sreen, but if you have the captions on you’ll learn it’s Bozo." 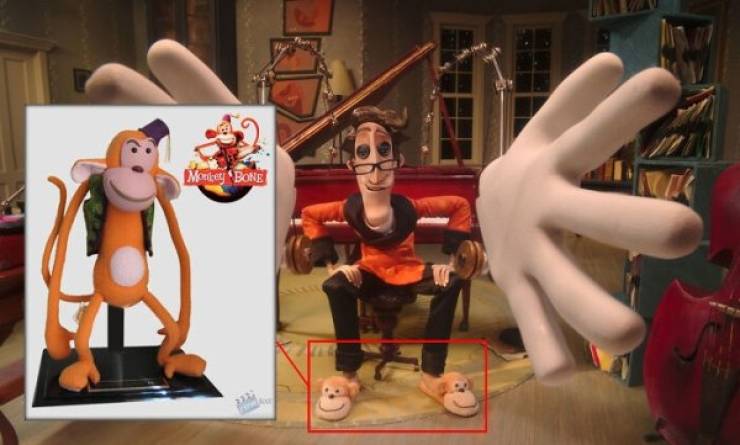 "In Coraline (2009), the other father is wearing “Monkeybone” slippers. Monkeybone is a 2001 comedy film directed by Henry Selnick, who also directed Coraline." 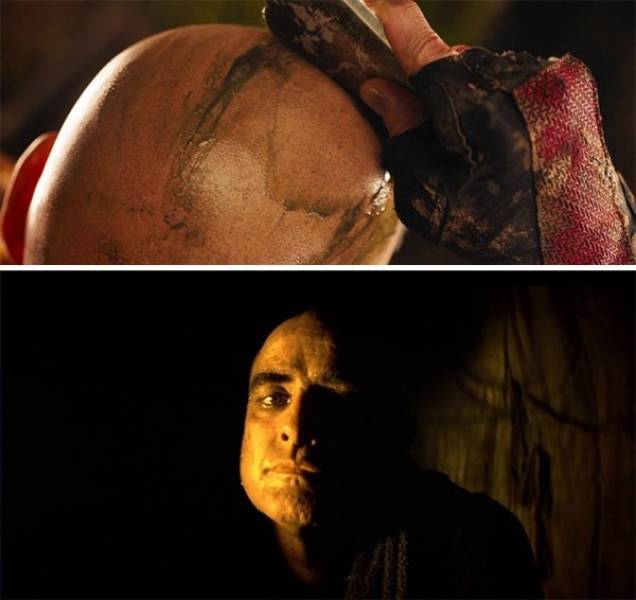 "In The Sonic Movie (2020), Robotnik shaving his head with a piece of metal is an homage to Marlon Brandon in Apocalypse Now." 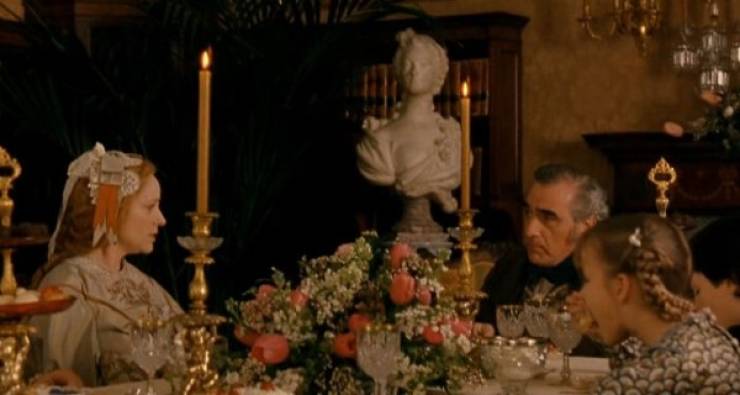 "In Gangs Of New York (2002) the movie’s director Martin Scorsese has a very brief cameo as the wealthy house owner whom Cameron Diaz’s character robs." 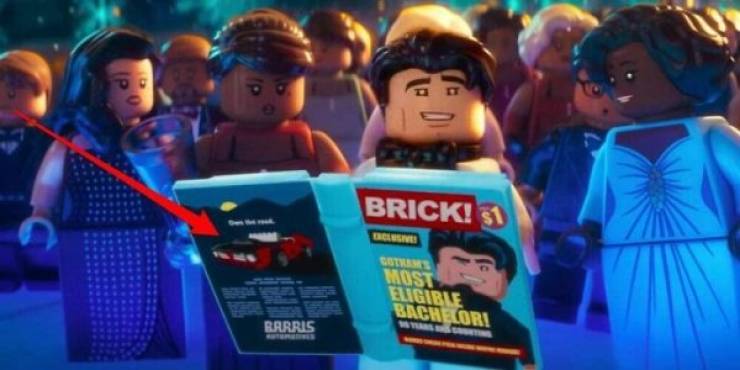 "In The Lego Batman Movie (2017), you can see an advert for “Barris Automobiles” on a magazine. George Barris built the Batmobile for 1960s Batman TV series." 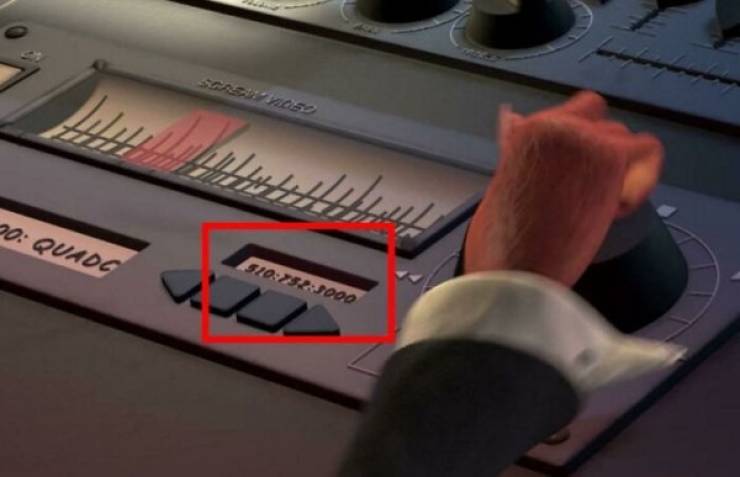 "In Monsters, Inc. (2001), at the end of the training simulation, on the control panel the numbers 510:732:3000 appear – that was the main phone number for Pixar Animation Studios at the time the movie was released (it has since changed)." 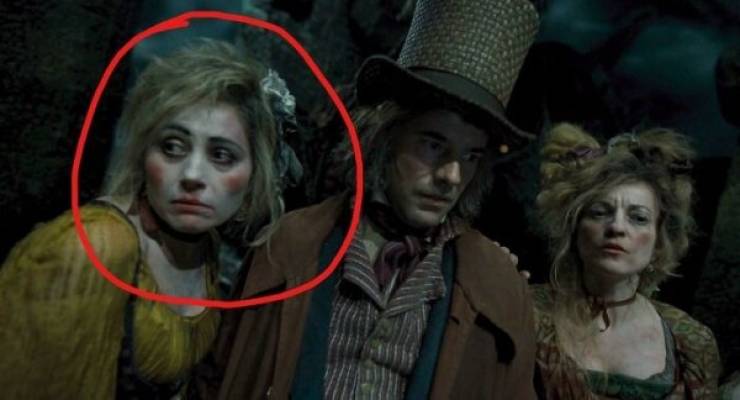 "In Les Miserables (2012), one of the prostitutes is played by Frances Ruffelle. She played Éponine in the original 1985 Les Misérables production."

"In Zoolander (2001), Mugatu was named after a Star Trek villain, called Mugato. Confirmed by Ben Stiller on Twitter." 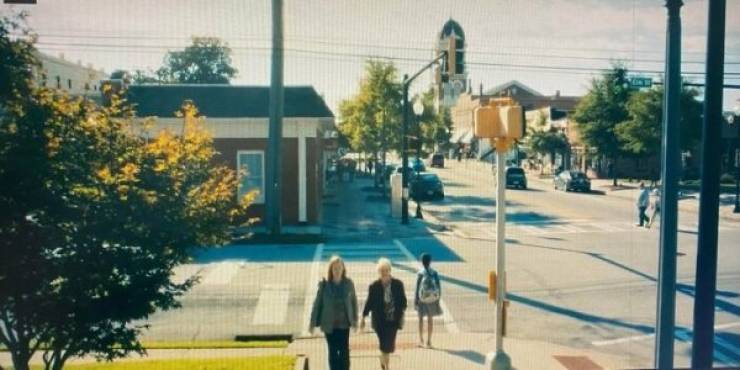 "In Doctor Sleep (2019), Abra visits Dan in the small town and the street name seen in the background is “Elm Street”." 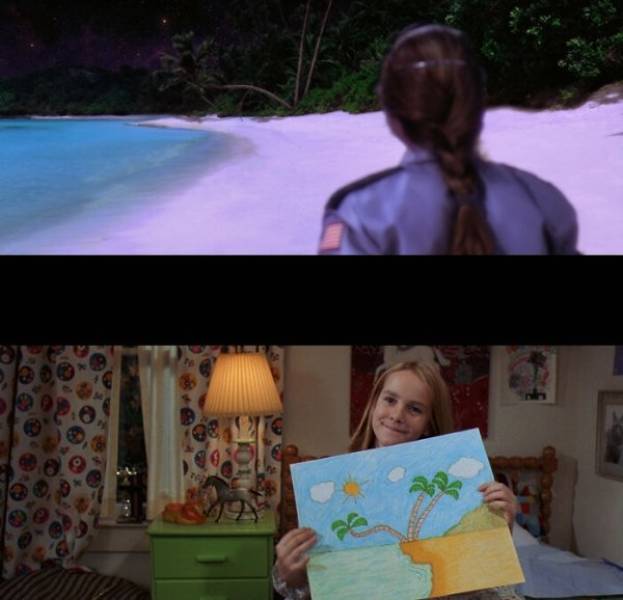 "In the movie Contact (1997) the trees and landscape in young Ellies drawing are identical to the one on the other side of the wormhole." 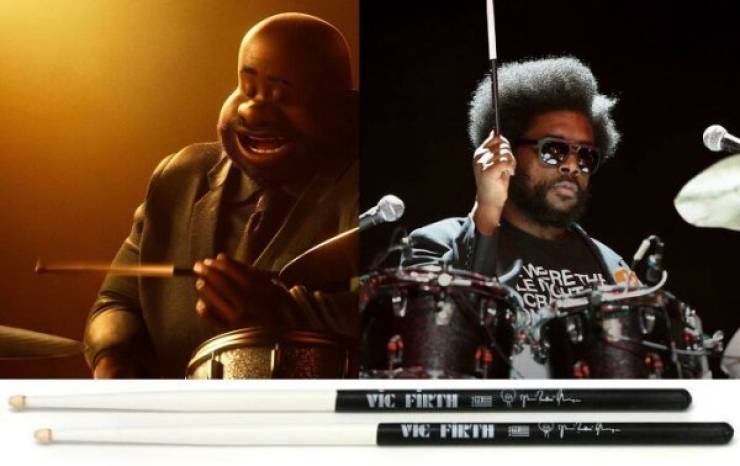 "In Cheech & Chong’s Up in Smoke (1978), the dog who eats Chong’s burrito when they are in Tijuana was unscripted. It was a local stray that wandered into frame, took the burrito, and walked away. Cheech & Chong just ad-libbed around it, and the scene stayed in the movie." 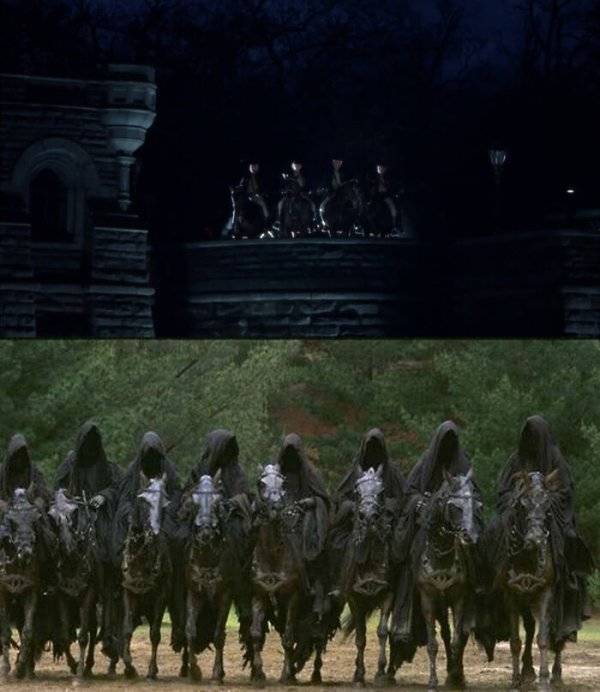 "In Elf (2003), the design of the “central park rangers” is a reference to the ringwraiths from the Lord of the Rings trilogy. Also, the Rangers were always shot in silhouette to hide their real appearance." 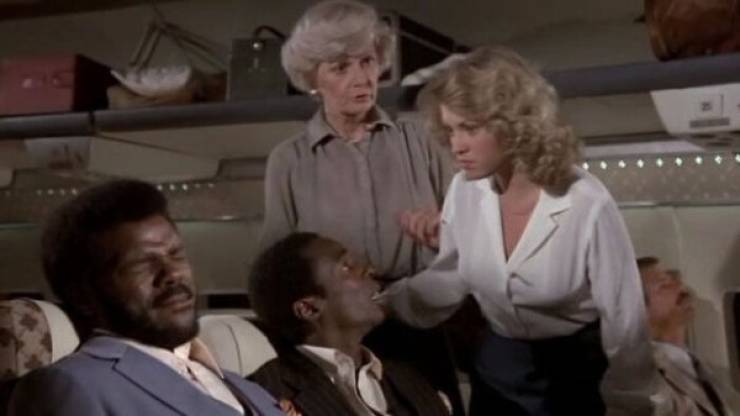 "In Airplane! (1980) the Jive scenes were lines the actors Al White and Norman Gibbs had prepared for their audition. They also taught the old lady (Barbara Billingsley) how to speak Jive."

"In Die Another Day (2002), Bond picks up the book “Birds of the West Indies” in Cuba. This was a book written by the real James Bond; the ornithologist who inspired Ian Fleming to name his spy after him. The edition is the 2002 Collins edition." 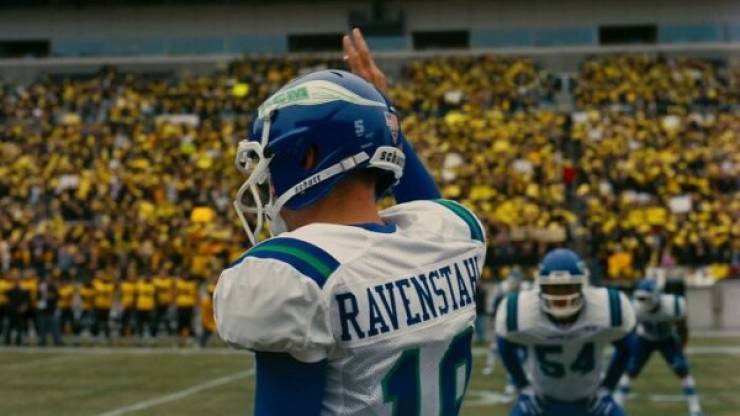 "In The Dark Knight Rises (2012), one of the football players is named “Ravenstahl”. He was played by Luke Ravenstahl, then mayor of Pittsburgh." 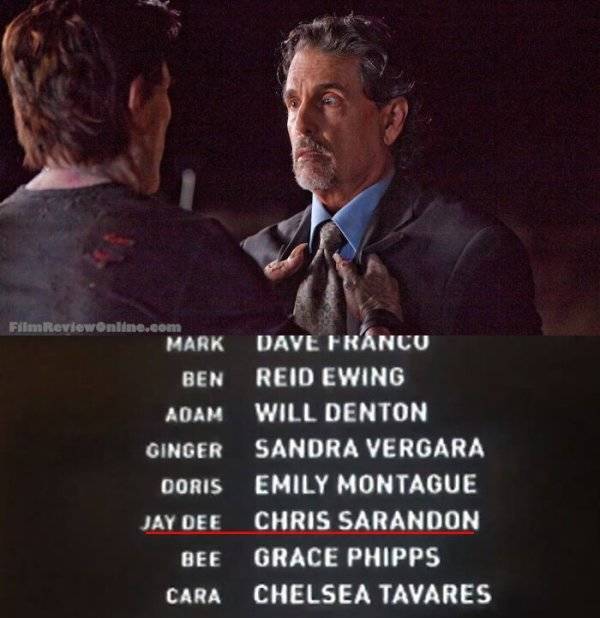 "In Fright Night (2011), one of Jerry’s victims is played by Chris Sarandon. He played Jerry in the original Fright Night (1985). His character is credited as “Jay Dee”, meaning J.D, the initials of Jerry Dandridge."

"In The Grand Budapest Hotel (2014), Wes Anderson randomly cast a St Bernard he saw in the streets of Görlitz, Germany, while they were filming. He also avoided hiring an animal wrangler by having the dog’s owner appear in the scene." 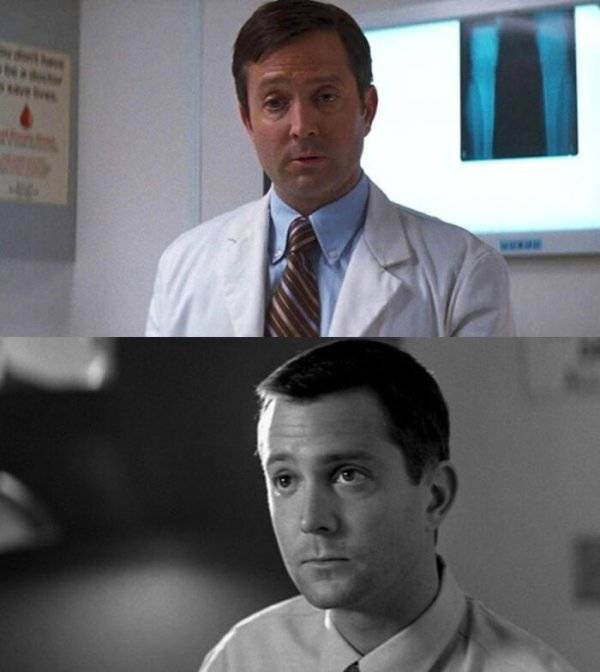 "In The Dark Knight Rises (2012), comedian Thomas Lennon plays a doctor. He also played a doctor in Memento (2000), another Christopher Nolan movie. Nolan specifically offered him the role in Rises. Lennon thinks both characters are the same person." 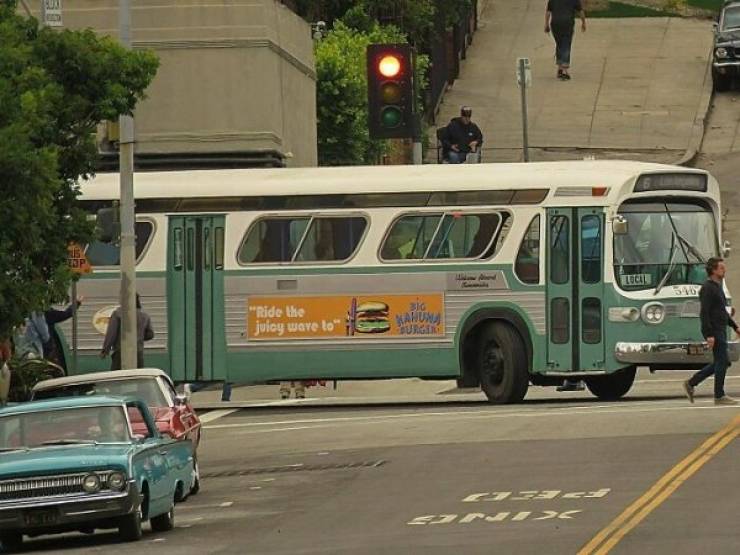 "In “Once Upon a Time in Hollywood” (2019), the logo for Big Kahuna Burger can be seen on a passing bus, a fast food restaurant that is also mentioned in other Tarantino movies such as “Reservoir Dogs” and “Pulp Fiction”." 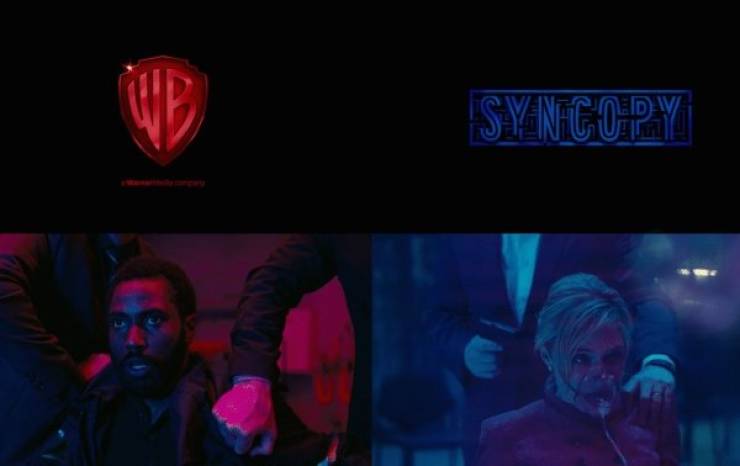 "In Tenet (2020), the Warner Bros. and Syncopy logos are colored red and blue respectively. These are the colors used in the film to represent normal and inverted time." 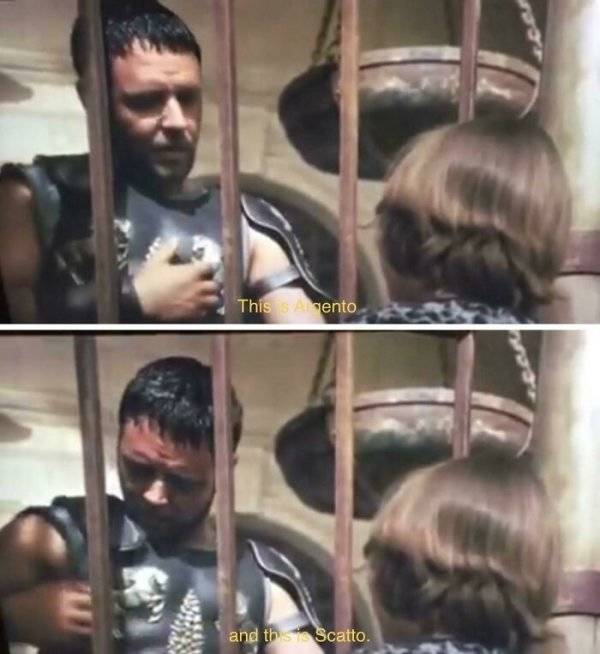 "In Gladiator (2000), Maximus tells Lucius that his horses’ names were Argento and Scatto. According to Ridley Scott, Russell Crowe came up with the names as a joke. Argento and Scatto in Italian mean “Silver” & “Trigger”, the names of the horses of The Lone Ranger and Roy Rogers."

"In Kong: Skull Island (2017), Before flying into the storm Samuel L. Jackson’s character says “ and lastly hold on to your butts” this is a reference to his role in the 1993 film Jurassic Park, where he said the same line right before trying to turn the power back in the park." 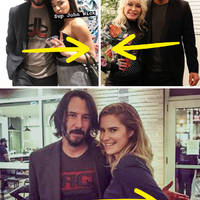 Tess 8 month s ago
#16 It was called "Nightmare on Elm Street" because, like Main Street, most towns in America have an Elm Street. Unless you live in Georgia, in which case it's Peachtree...
Reply
5 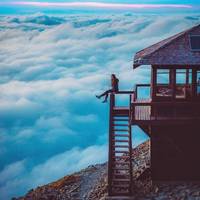 Robbie 8 month s ago
#27 Tarantino has a number of fake brands that make appearances in his movies, especially Red Apple cigarettes. He began doing this in his early films to avoid dealing with corporations, and continued doing it as an easter egg in subsequent productions.
Reply
0 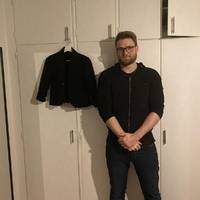 Louis 8 month s ago
#31 I hate that manic douche bag crybaby so much I would pay money to watch him slowly be run over by a steam roller.
Reply
1 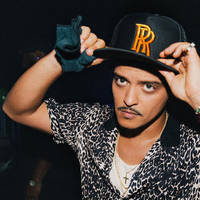