Small piece of eroded material with irregularly drilled holes. Found on a beach in Scotland.

A: This is an old, worn, toothbrush head. 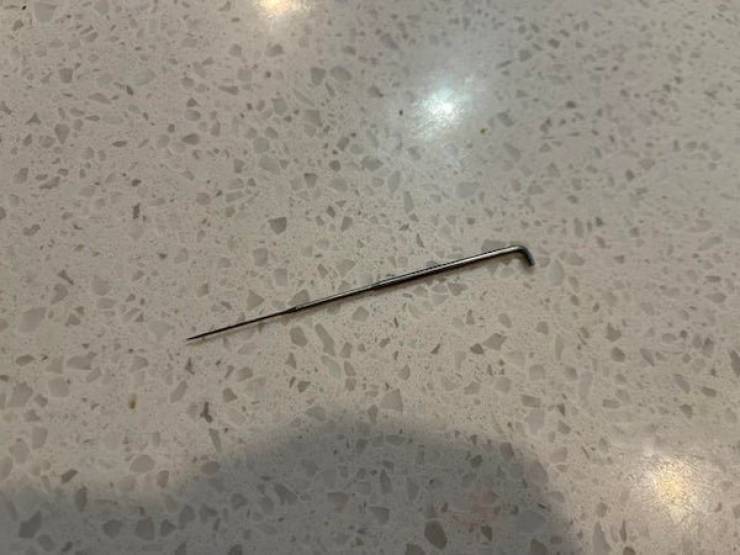 My dog brought this in. I was thinking maybe it’s a lockpick but I looked up lock pick sets and I haven’t seen anything that looks like this. It’s a very sharp metal object about 3 inches long.

A: It’s a felting needle 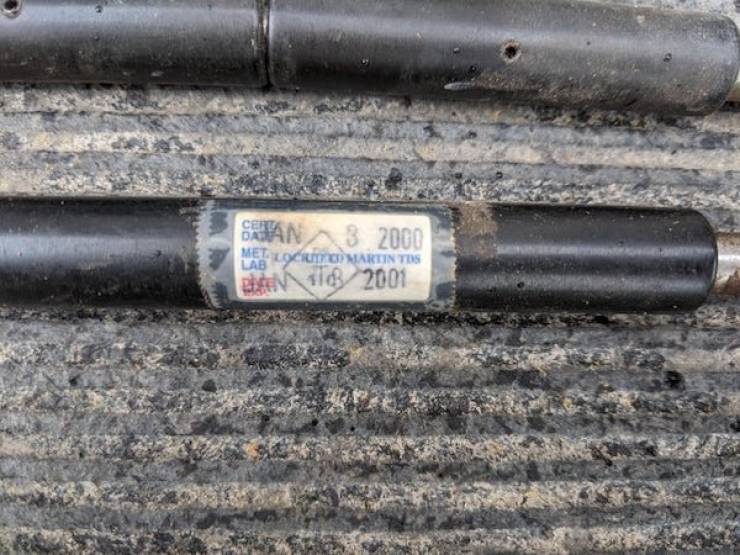 A: These look like go/no go pin gages. The green stuff is called peel coat and it is a heated wax that goes on a Gage after calibration. It is removed by the machinist or inspector that uses it. 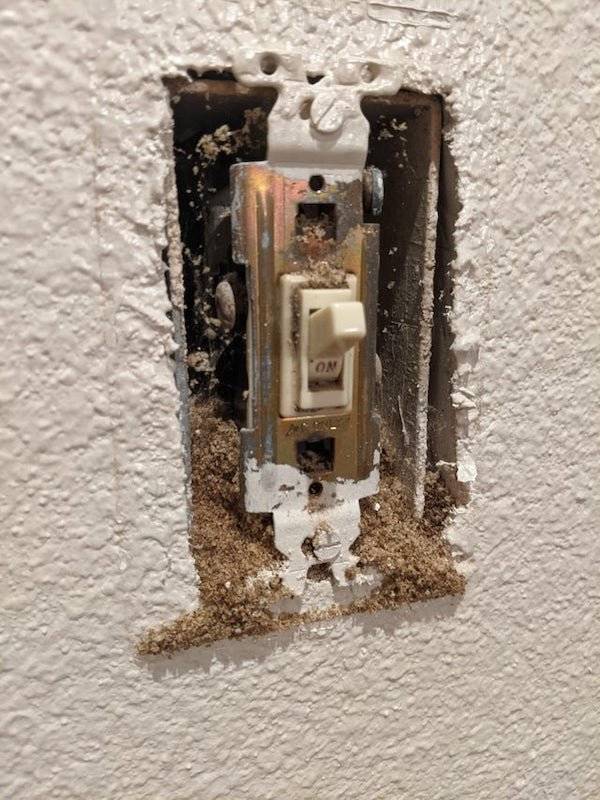 Took cover plate off light switch and this is under it. Feels like sawdust, but more “springy”. 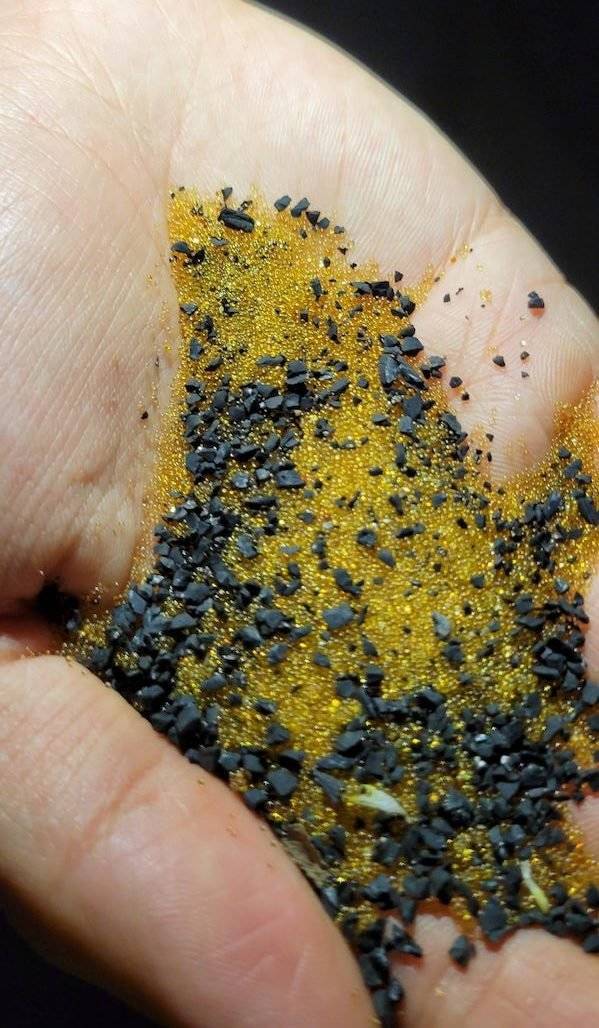 What are this yellow transparent little pebbles that I found at a hill, it was mixed with little pieces of rubber, it has no odor, and they feel solid to the touch (like plastic) 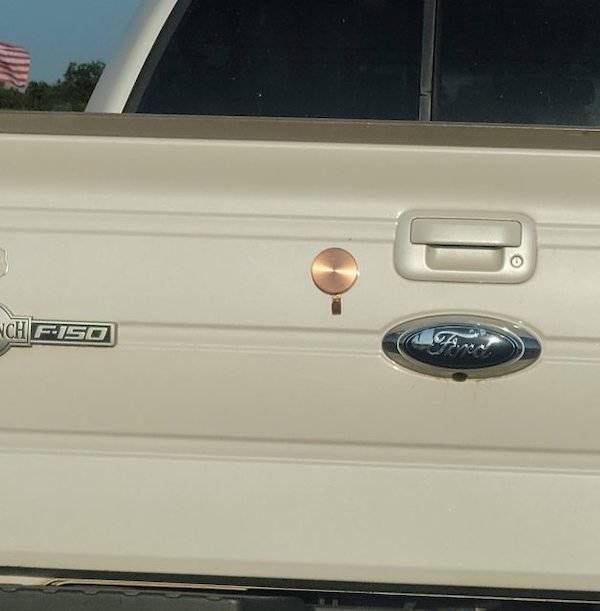 This copper circle on the tailgate of a truck. Looks like a tag of some kind hanging out of it. A few inches across. Found in Texas. What is this thing?

Everything screws in and out, except rotating that rotating arm which slides freely in out. 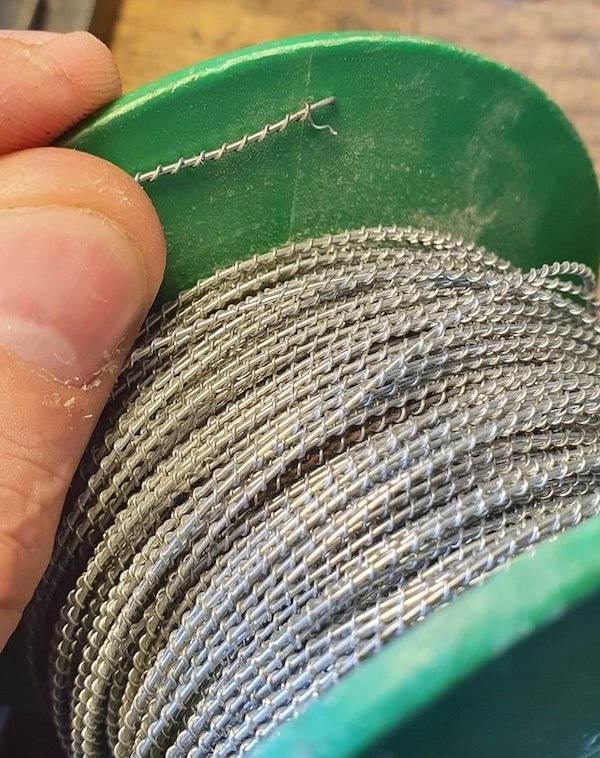 What is this steel wire, with a smaller gauge of wire wrapped around it, used for? Magnets are attracted to the metal, and it’s harder than aluminum (both core and wrap) so I’m guessing it’s stainless steel.

A: This looks like what you have Lead sealing wire. Used with security/tamper seals. 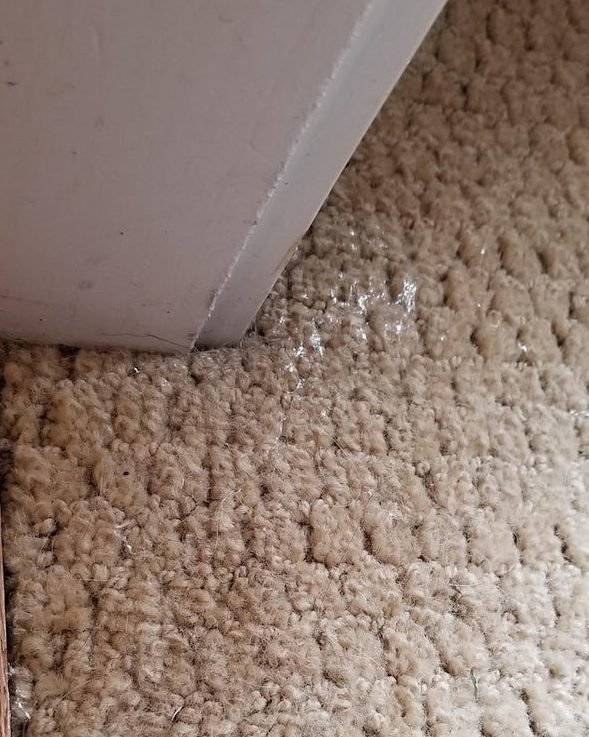 WITT: clear, shiny film. Disintegrates when I touch it. Has no smell. Almost looks like tinsel.

A: It’s either a slug or snail trail 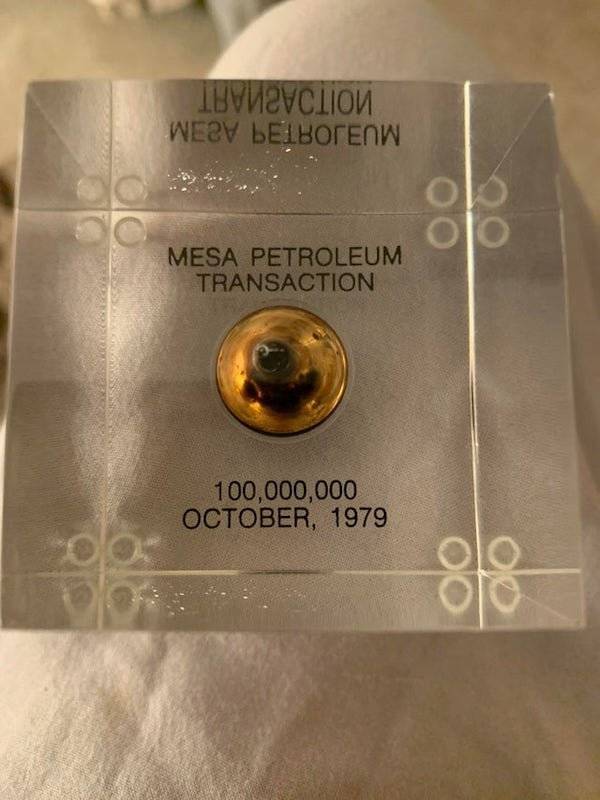 A: Commemorative oil drop from a business deal or milestone 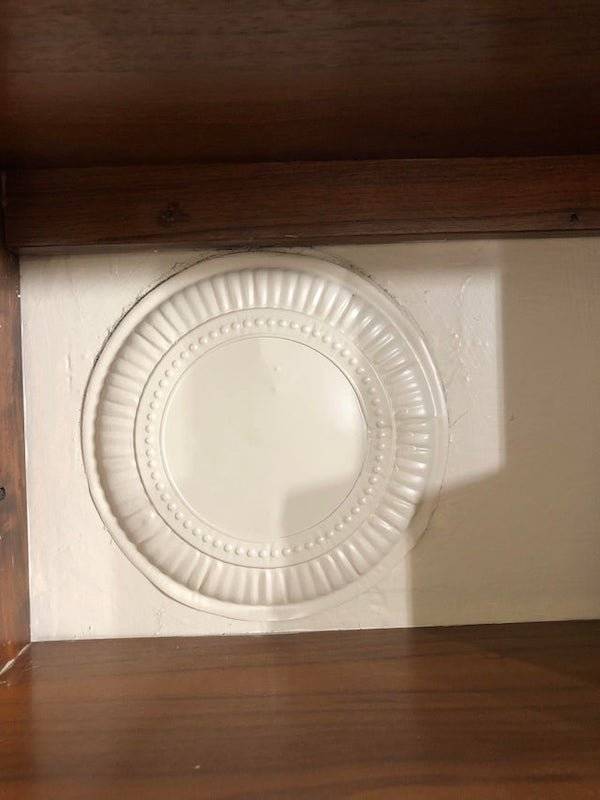 A: I believe it covers a hole in the wall that used to be for a stovepipe. 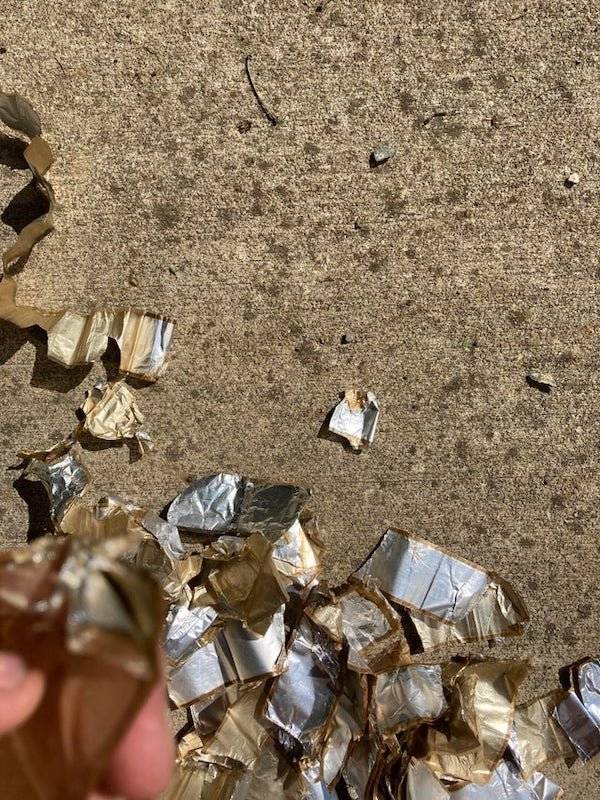 Mowing the yard and ran over something that looks like a bunch of rolled up strips of aluminum foil on brownish no sticky tape. Some of it is a long rolled up section, others are like multiple strips stacked together. It went everywhere. I gathered it all up. Any idea what I hit?

A: Looks like a roll of aluminum muffler tape. Found under a wall in Wales, UK – solid metal with bolts in the concrete around it

A: It could be a base plate or fixing for an old iron railing 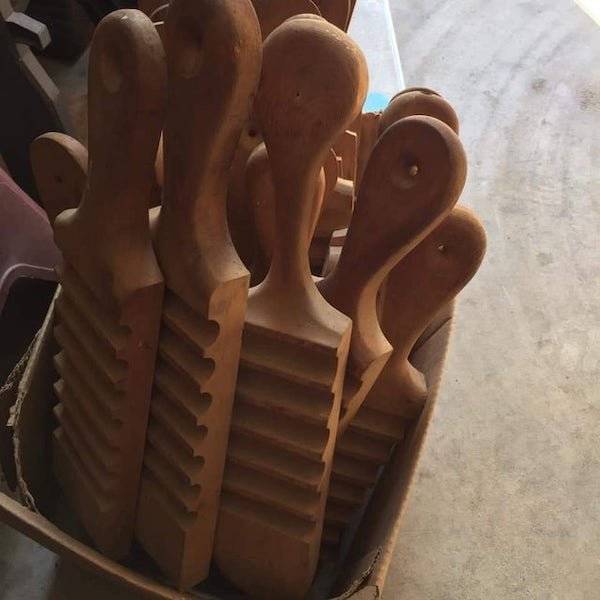 Grooved wooden paddles. Was thinking maybe to clean something? Estate sale had 23 so assuming it’s disposable. 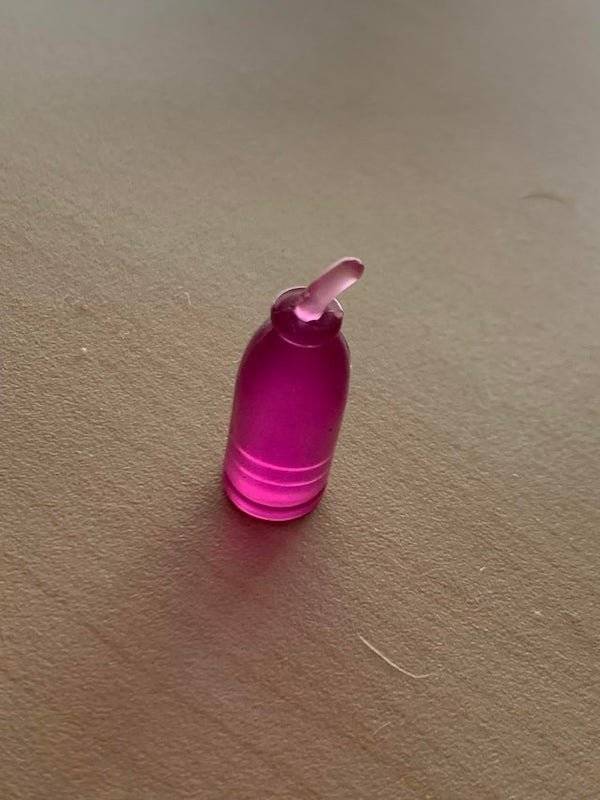 About 1 gram and 3 centimeters tall. Rigid, translucent plastic. Flat bottom. Found it on the bottom of a drawer. What’s this?

A: I think it’s a toy hamster water bottle. I remember having something like this when I was young with my Littlest Pet Shop set. The current orientation is upside down. 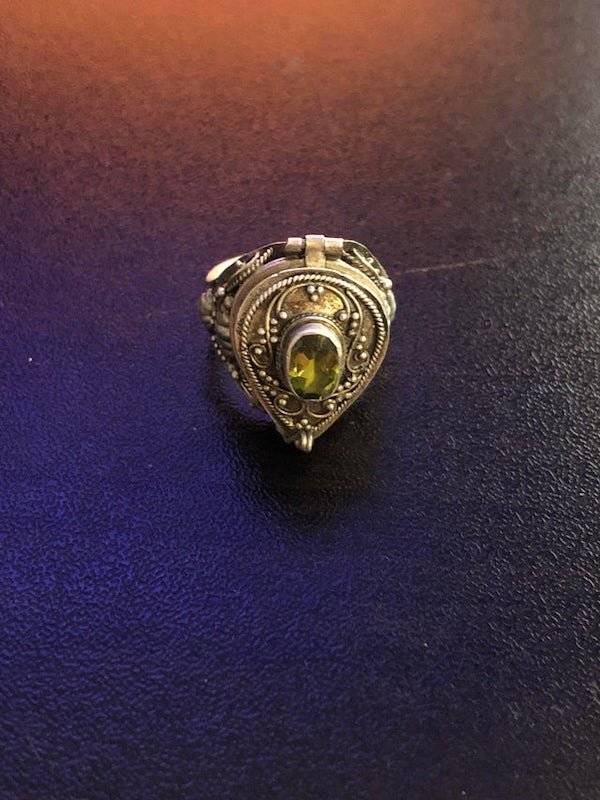 What is the purpose of a ring like this? It’s a sterling silver ring with a gemstone on top. The face of it is clasped shut and can be opened up to reveal little space for holding something.

A: This is a perfume ring which holds solid perfume. Ladies wore them way back in the day when there was more rotten stuff decomposing around towns, gutters & in the street. They would hold the ring to their nose when passing a stinky area. Some folks call them poison rings & there are locket rings, but Im pretty sure this is a perfume ring. 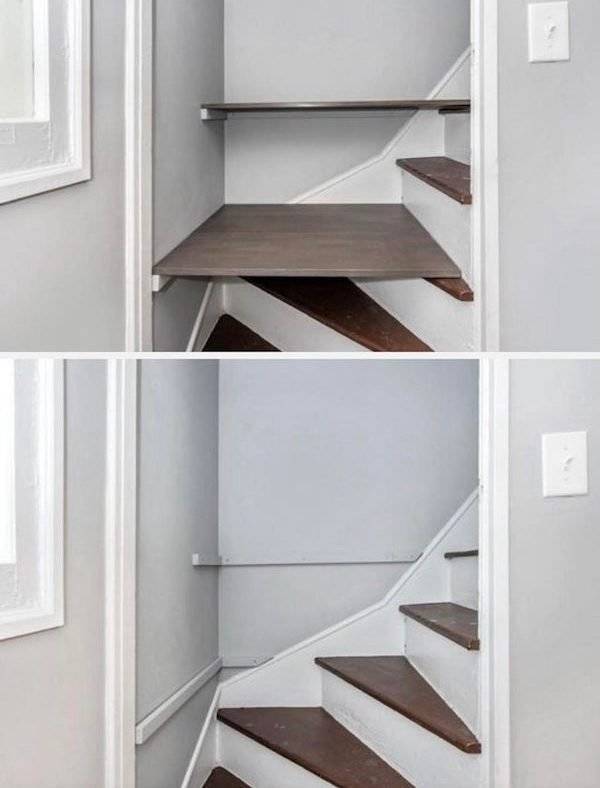 A: In some older homes, with limited rooms on the second floor, folks “close off” the upstairs in the winter so they aren’t paying to heat it. (Likely there was a door in that door frame. These shelves would allow the stairs to essentially function as a closet for those months. 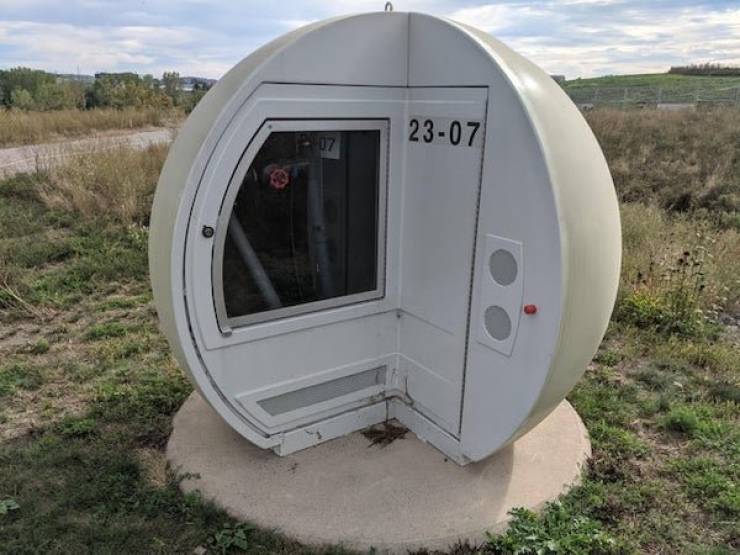 Spherical containers with valve and pipes inside. There must be at least 50 of these close to a stone-pit. What is it for ?

A: Biogas capture wells, on a former landfill. 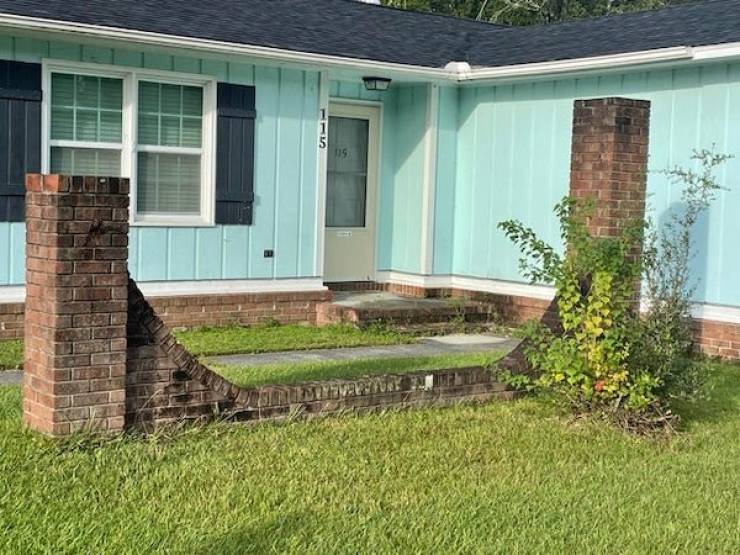 What is This Random Brick Structure?

A: I’m going to guess that this house was a model house for the subdivision, and the sign for the development was mounted between the pillars. I can’t find any mounting holes, but they might have been in the mortar before it was redone. 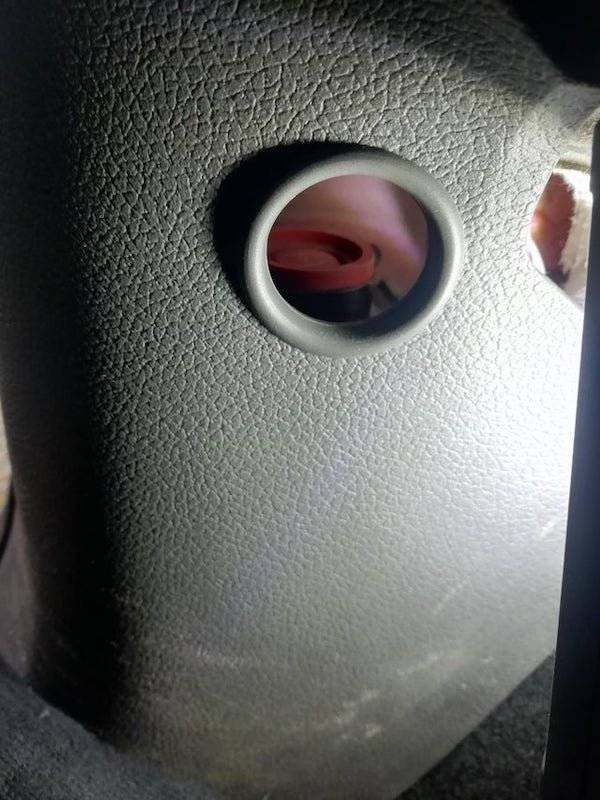 This rubber button in my 2007 Ford Focus mk2 1.6 petrol. Seems to be important as there is a blank on the opposite side.

A: It’s a fuel shut off reset button/solenoid. Should you be in a crash it activates and won’t let the car restart until it’s returned to the position it was before. 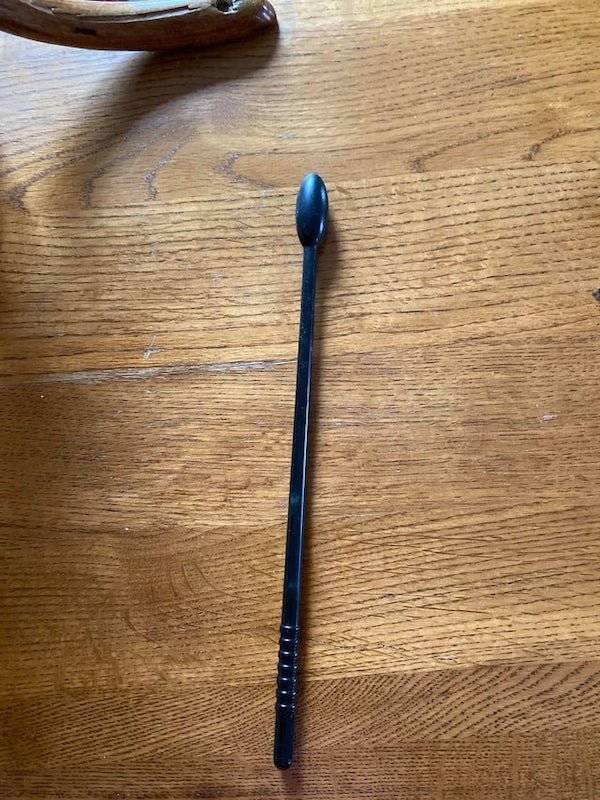 Would be grateful for any help identifying this. It was found in a dryer and I have no additional information at this time. It seems to be metal and I’m unsure of the length as well.

A: That’s a toy drumsick for a little kids drum set. 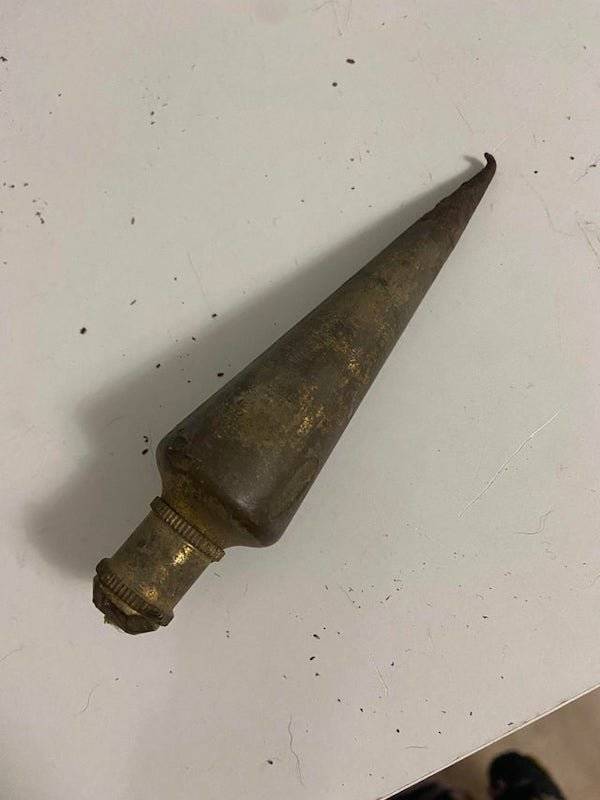 Found buried (not too deep) in my backyard. It’s very heavy, the nonpointed side looks like there was a wire there at some point

A: Plumb bob. It’s a weight with a pointed tip at the bottom to ensure that construction is vertical. 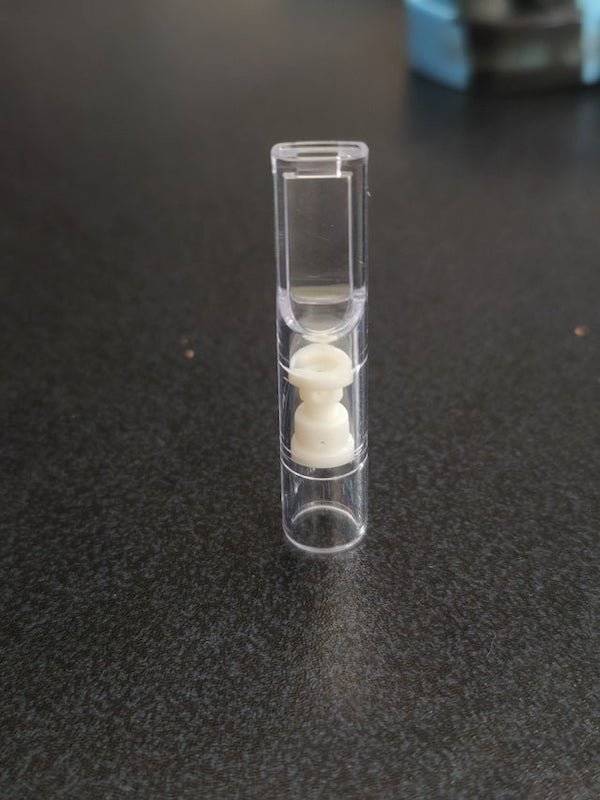 Got these with a pack of cigarette lighters. Absolutely nothing else in the packet, no instructions. Any ideas on what they are? They are small and plastic with a piece of plastic inside with no hole in it, almost like a plug or a stopper or some kind.

A: You can keep the cig in your mouth without smoke going in to your nose and eyes, so hands free. I used one at home when I smoked in my 20s. I wouldn’t want to be seen at the bar with one though. 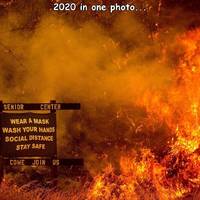 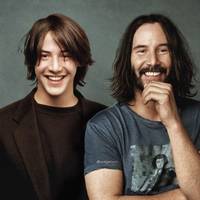 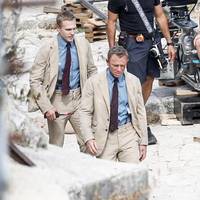 Midge 10 month s ago
#20 yeah dont keep your ford focus long unless you like fixing things with discontinued parts.
Reply
0 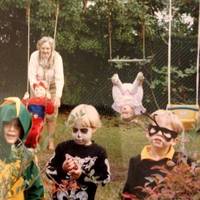