"At the beginning of this scene in the movie, Avengers: Infinity War, we can see a jacket on Tony Stark’s shoulders. However, in the next shot, the jacket is gone." 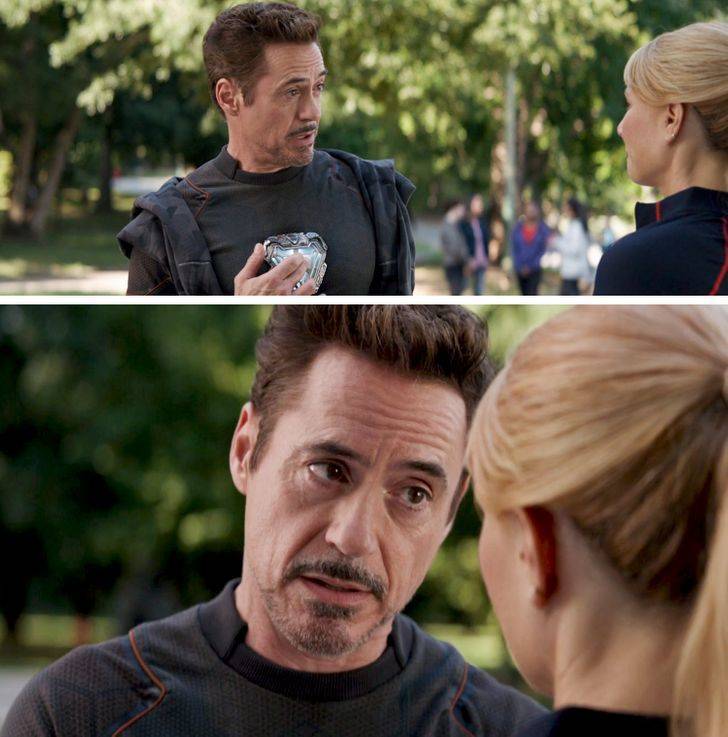 "In one of the episodes from the hit TV series, Friends, Monica was replaced with another actress for a few seconds." 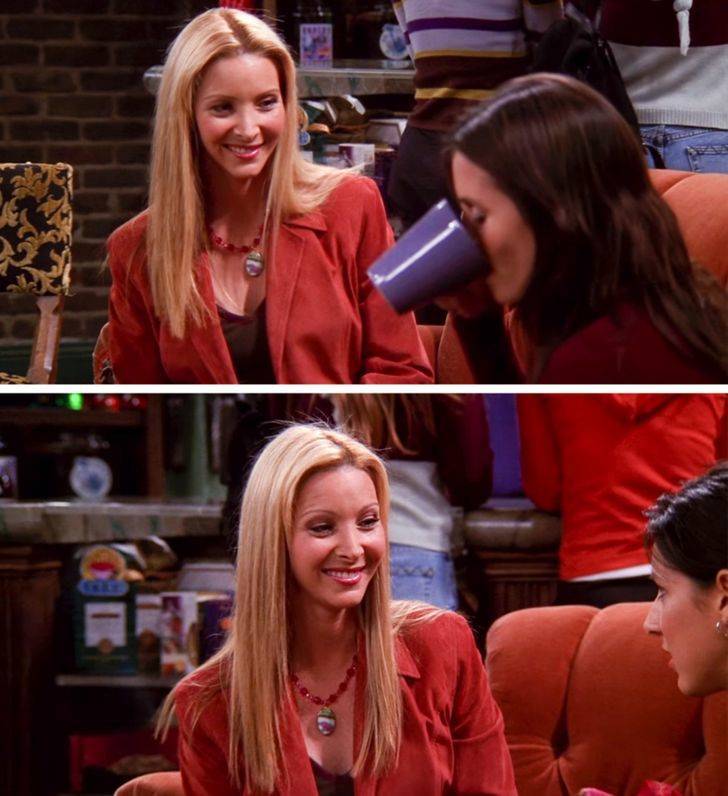 "When the main character of the movie, Gravity, is crying, her tears are floating in the air in a picturesque way. However, in real space, tears would stay on the face, and you’d have to wipe them off with a tissue." 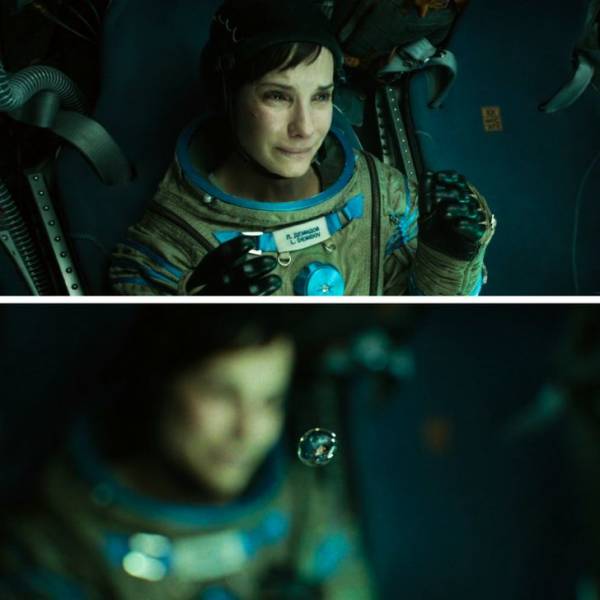 "The heroine of the Modern Family TV series is talking on the phone, which is turned upside down." 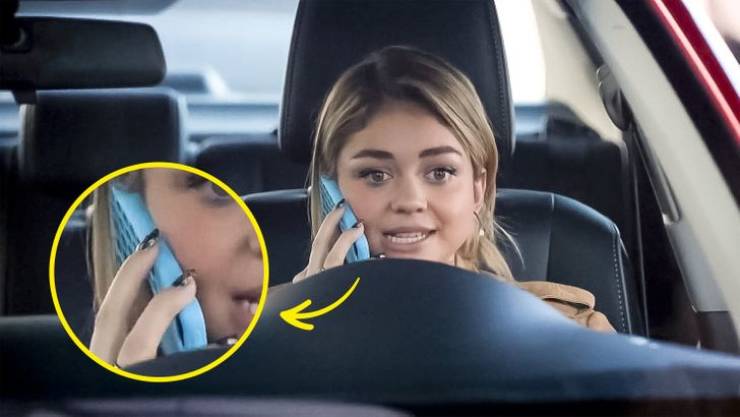 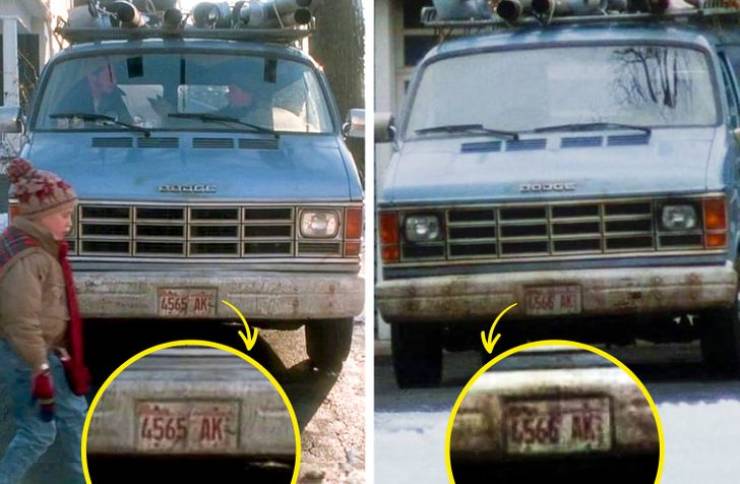 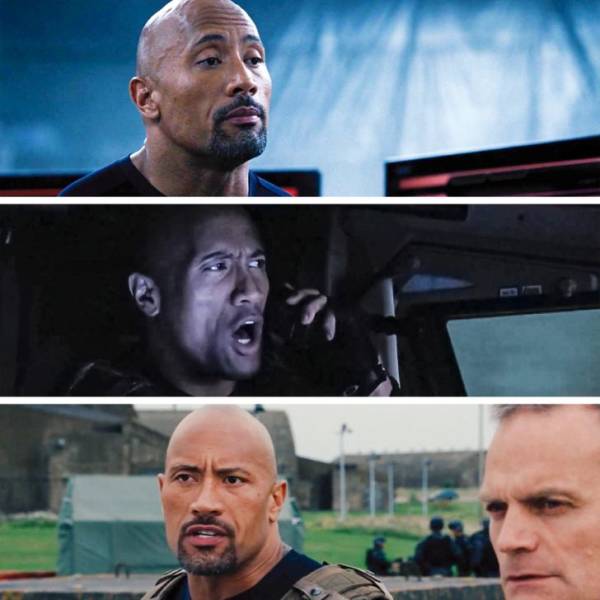 "In the comedy, Mean Girls, Lindsay Lohan’s character says that she used to live in Africa. However, in her childhood photo, she’s sitting on an Asian elephant, not on an African one." 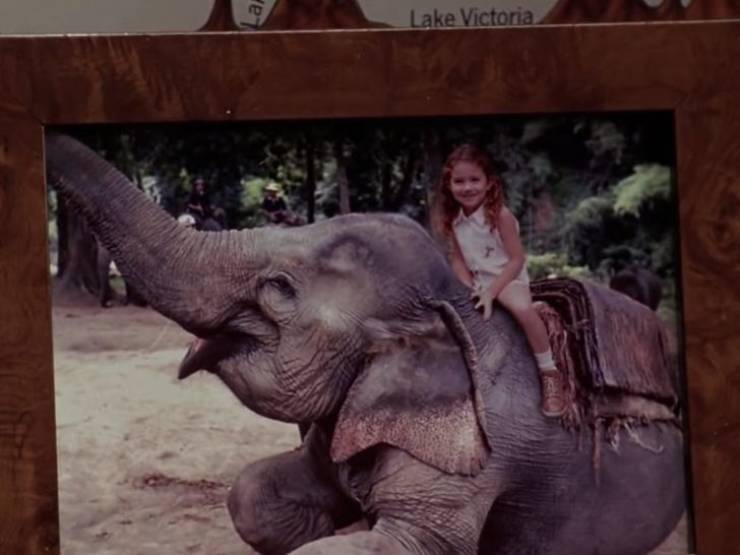 "When Happy sews the wound on Peter Parker’s back, you may notice that he has nothing in his hands." 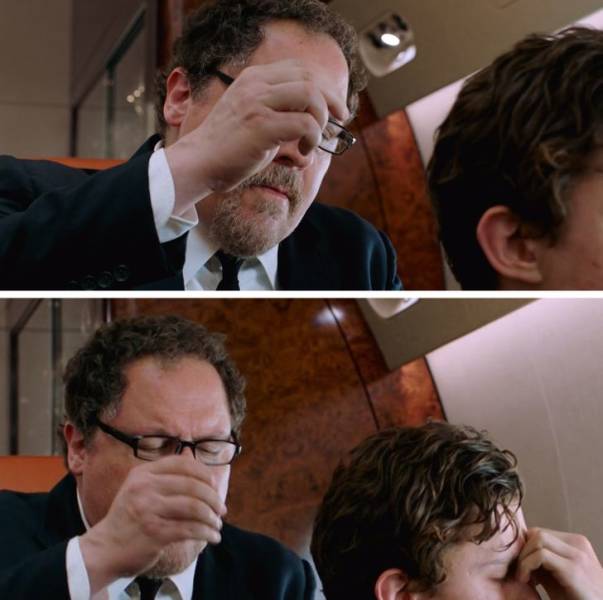 "In the movie, Arrival, no one paid attention to the fact that the scientists saw Heptapods’ symbols flipped because the aliens drew them on the other side of the glass. This could distort the meaning of the messages." 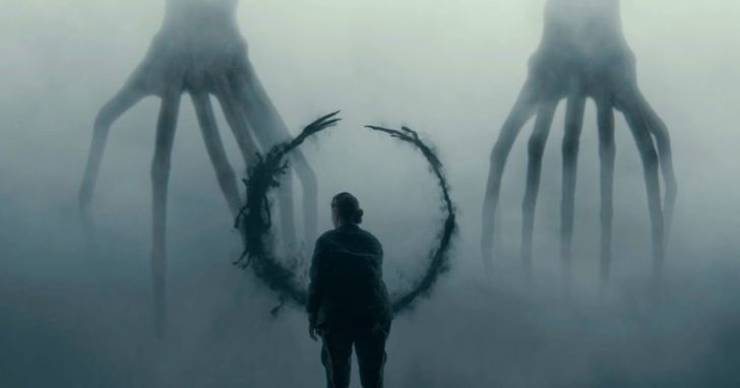 "In one of the scenes from the New Girl TV series, the nail polish on Jessica’s finger nails appears and disappears." 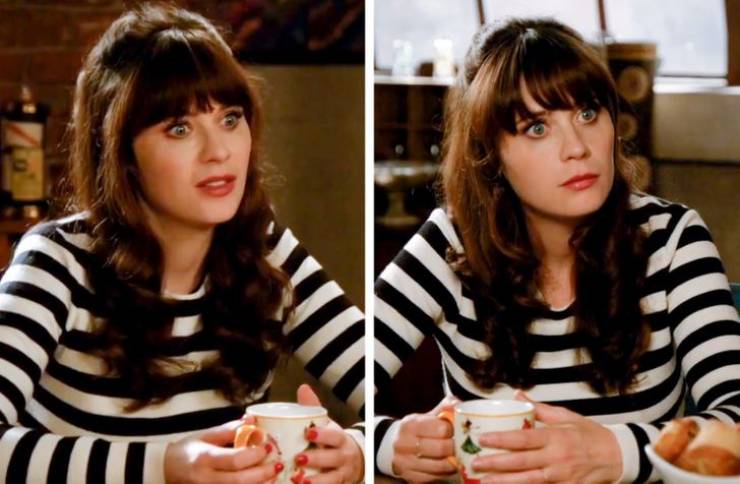 "After being sorted to Gryffindor, Harry sits down next to Ron. But in the next shot, we can see that he’s sitting next to Hermione on the other side of the table." 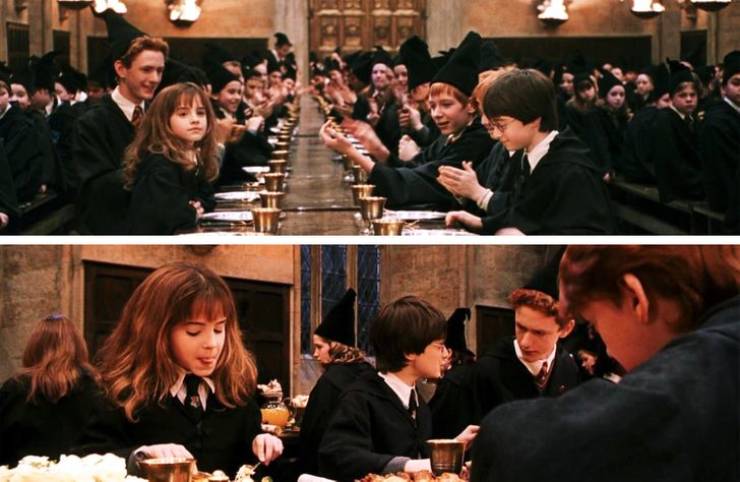 "In the movie, Django Unchained, the main hero wears stylish sunglasses. However, such glasses didn’t exist in 1858." 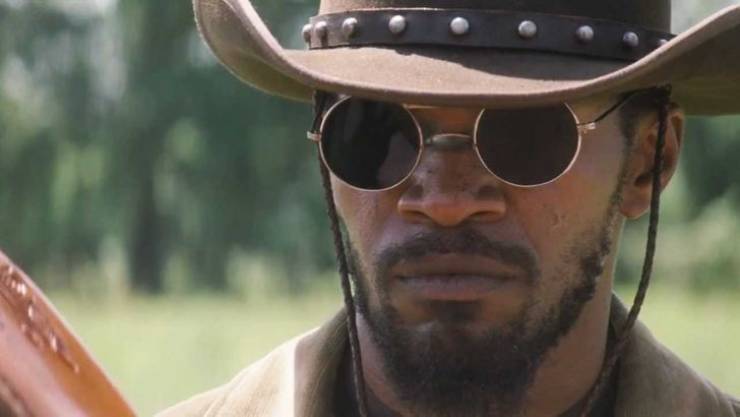 "This scene from the Living With Yourself TV series supposedly takes place in 2014. At the same time, Miles is holding an iPhone X which was released in 2017." 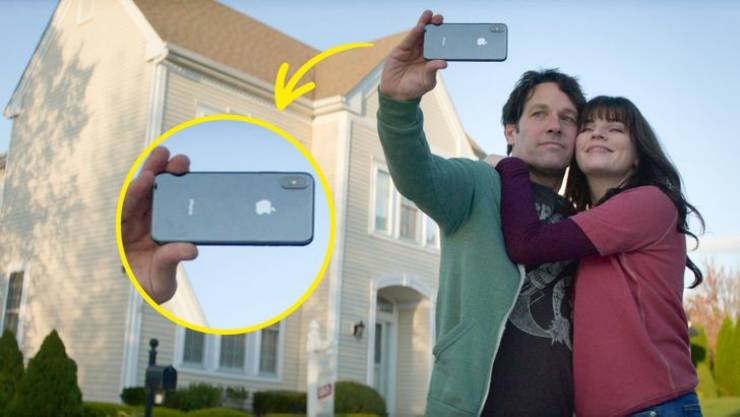 "In the movie, Moneyball, Brad Pitt’s character presses the turn-off button on the phone first, and then he says, “I’ll call you back.”" 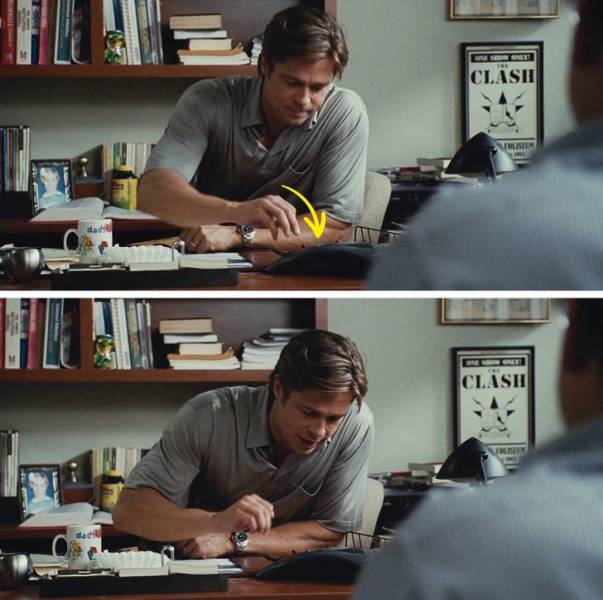 "When looking at Toni Collette’s closeup in the movie, Hereditary, we can see the edges of her wig." 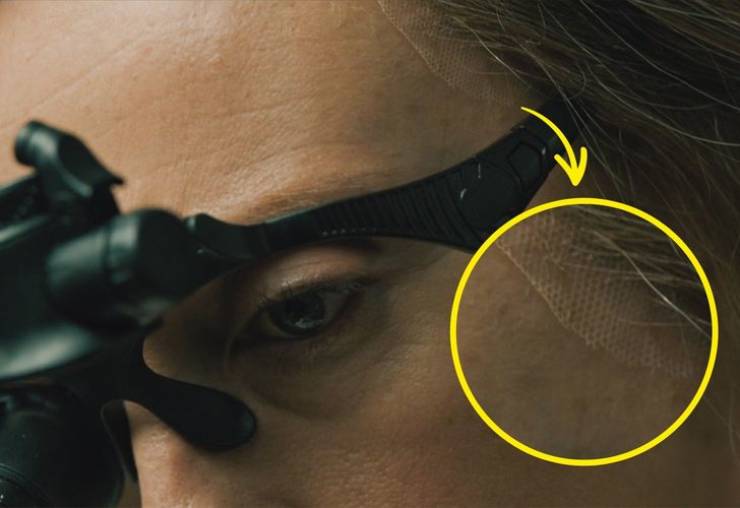 "We wonder how the main heroine of the comedy, Overboard, manages to drive the car without keys in the ignition." 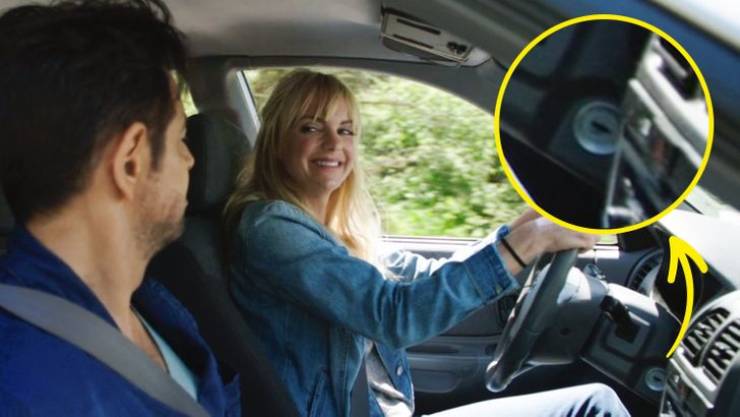 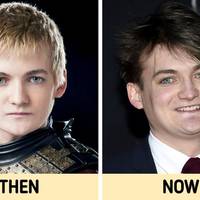 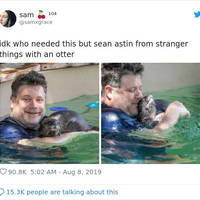 Sandy 6 month s ago
#12 If you are trying to find mistakes in a Tarantino movie you're wasting your time. Many of them are intentional, especially anachronisms
Reply
1 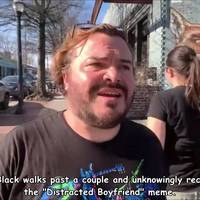 Round sunglasses have been around for years ... there's nothing that suggests they are some famous modern brand.
Reply
6 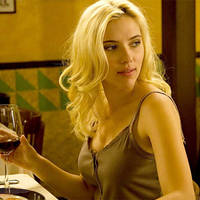 Danielle 6 month s ago
#9 No...the messages were being drawn for the scientists to read, what you're saying is like writing a sign and then holding up the blank side to the audience.
Reply
1 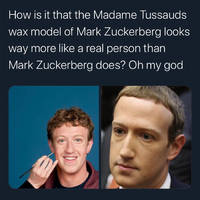 Clair 6 month s ago
#5 car plates are changes by purpose. They are robbers after all.
Reply