Celebrity Romances That Weren’t Meant To Be (16 PICS)

Jennifer Aniston and David Schwimmer crushed on each other. 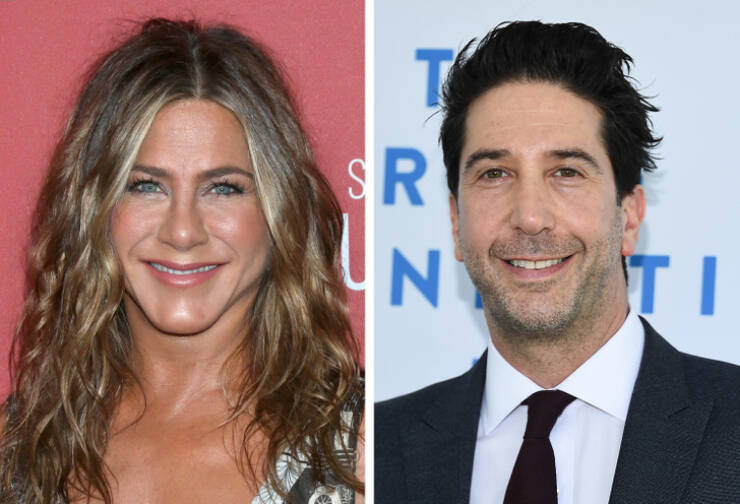 Jennifer Aniston and David Schwimmer didn’t just play star-crossed lovers in the hit sitcom, Friends, but they also crushed on each other for real. However, knowing the characters they were playing, they decided to let their feelings go in order to perform at their best. 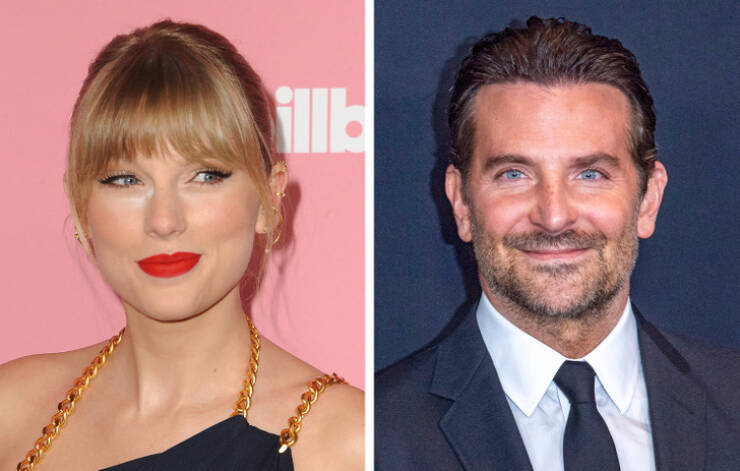 Taylor Swift may have made a whole album about Jake Gyllenhaal if All Too Well is to be believed, but once, she crushed on Bradley Cooper. He reportedly found her a bit too young and politely declined her interest. 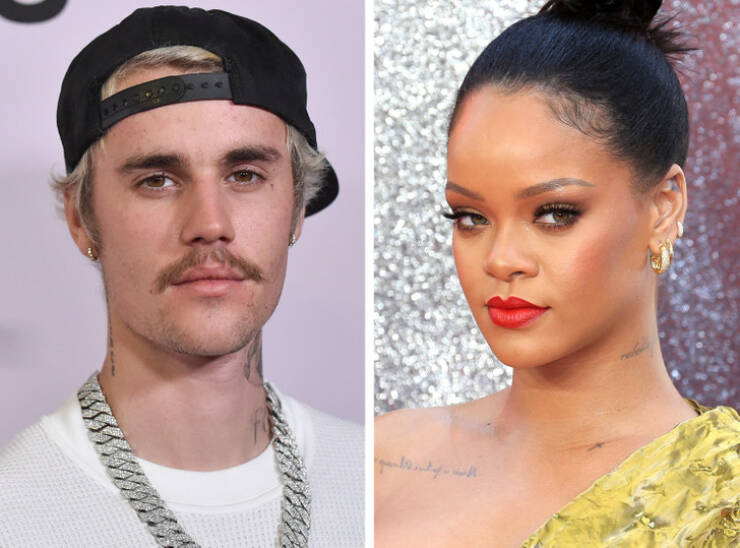 Not only was Justin Bieber turned down by Rihanna, but he was also cool enough to post about it on Instagram. Bieber posted a picture of them together, captioning it with: “’Can I have your number please’ -Justin ’Nah’ -Rihanna.” 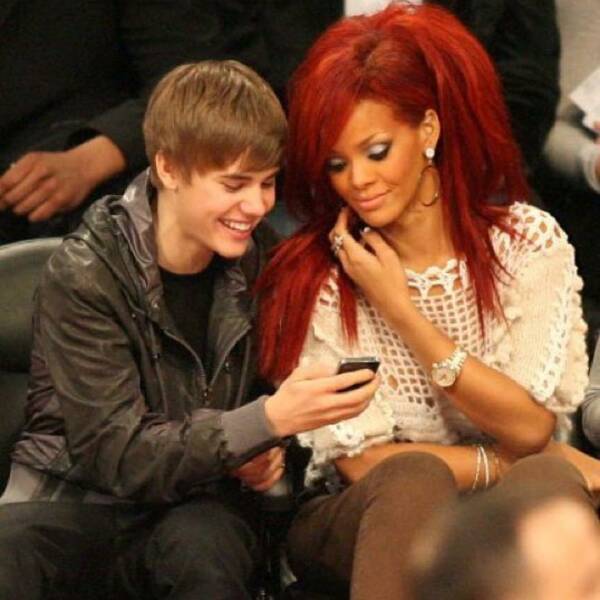 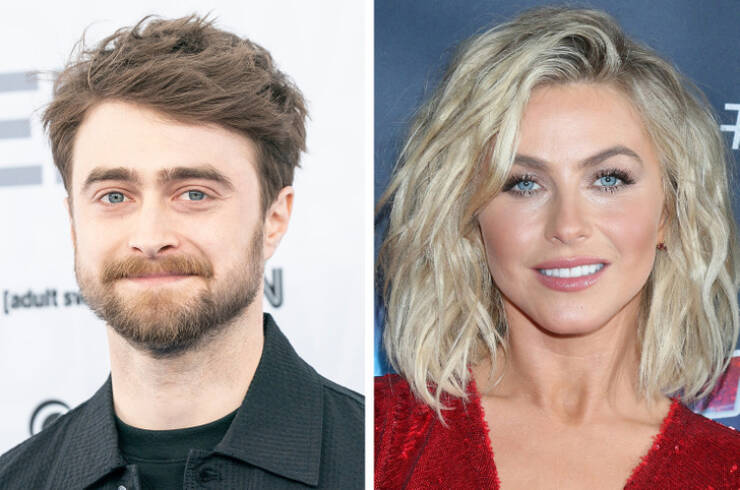 Julianne Hough used to work as an extra on the Harry Potter movies and crushed hard on Daniel Radcliffe, enough to send him a Valentino Beanie Baby on Valentine’s Day. She never heard back from him, and to this day walks in the opposite direction if she spots him because she feels awkward.

Jimmy Fallon did not talk to Nicole Kidman. 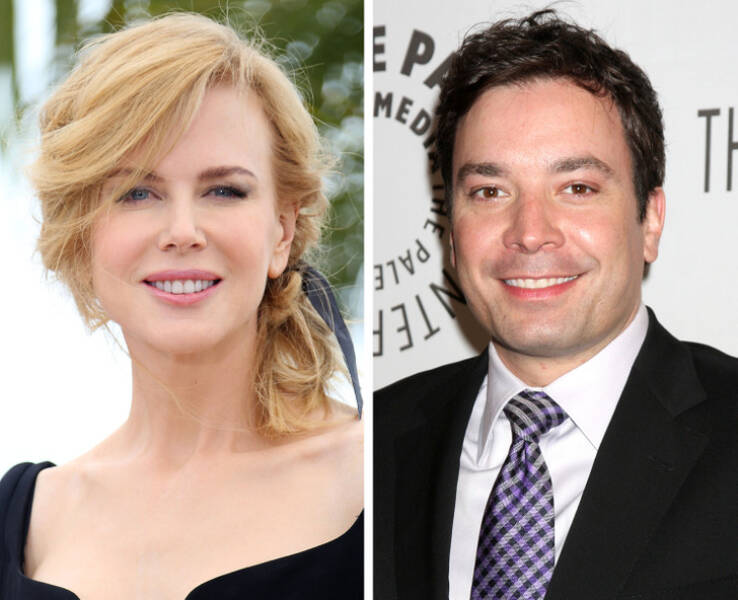 Once, back when Nicole Kidman was single, she liked Jimmy Fallon and even went to his apartment via a mutual friend. Jimmy Fallon remained clueless about her interest, but was so nervous that he barely talked to Kidman. As she mentioned on his show, “Oh, I remember.” 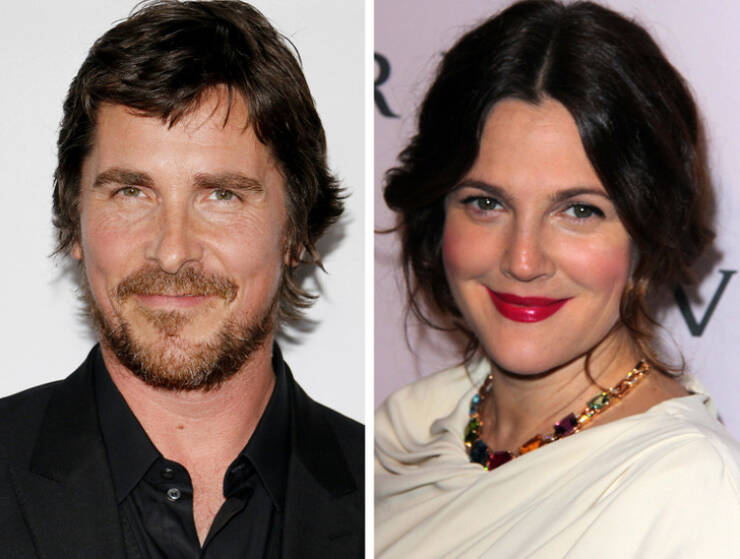 Back when Drew Barrymore and Christian Bale were teens, they hooked up for a movie date. According to Bale, they watched an awful horror movie and that was it. Barrymore never called him back, and she, in turn, claims she does not remember why she didn’t because he was nice. 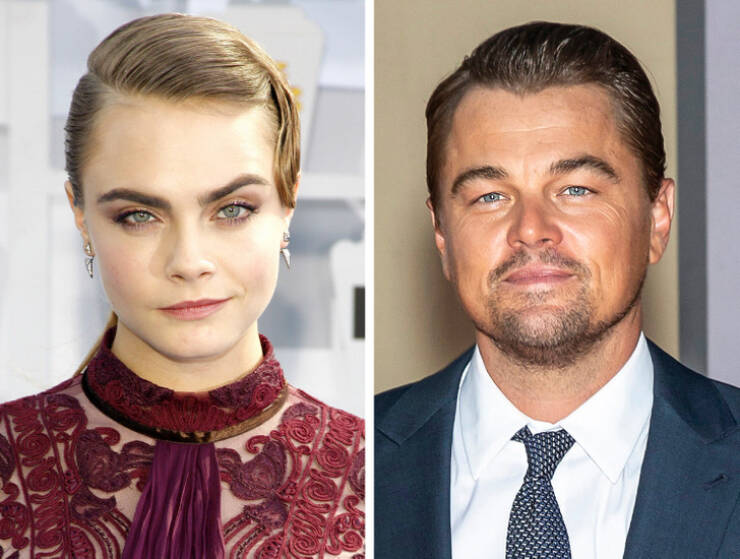 Sources allege that Leonardo DiCaprio was enamored with model Cara Delevingne at one time, but she refused to be yet another conquest. Not only did she dodge him, but she also turned down all his requests to develop the crush into a relationship. 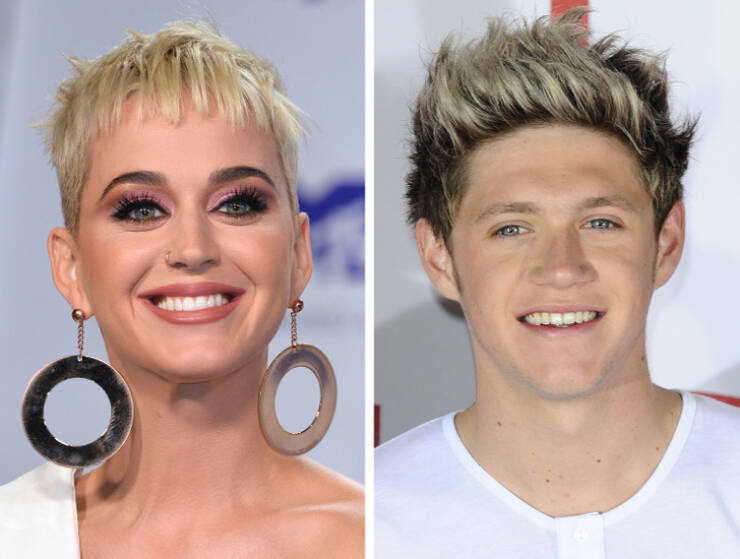 Katy Perry and Niall Horan have often flirted with each other over the years, with Horan proposing to Perry as well. But she has always turned him down, calling him too young for her. That said, Niall says she’s not that much older than him. 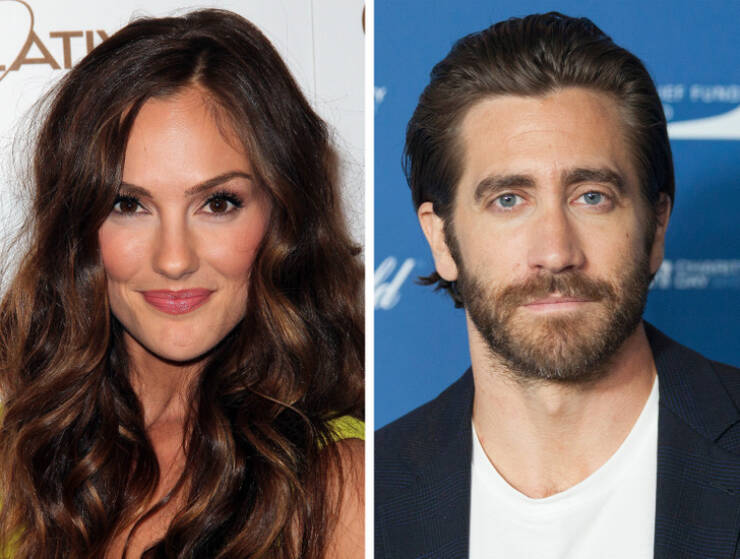 Euphoria star Minka Kelly gave Jake Gyllenhaal a wide pass because she was trying to patch things up with an ex. Sources allege that the 2 have a history, but Kelly finally turned him down for good. 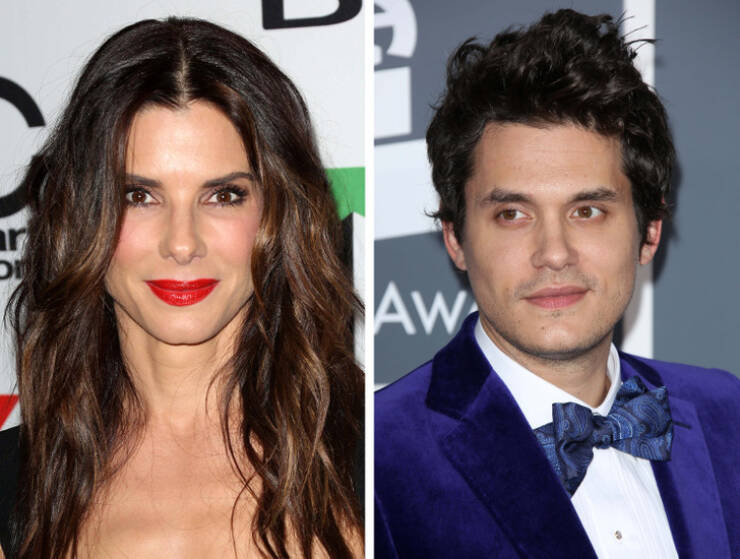 John Mayer proved a bit too flighty for Sandra Bullock’s taste. Sources say that when he approached her through mutual friends, Bullock was flattered but turned him down because she was looking for a relationship at the time, not just a fling.

Eva Longoria did not care for George Clooney. 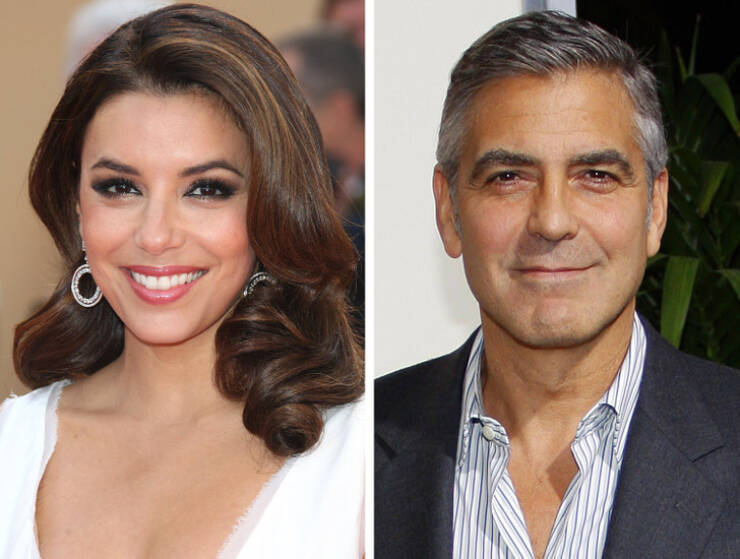 George Clooney was once very interested in Eva Longoria. Only, while she was divorced, he still had a girlfriend, and Longoria was not okay with cheating. While Clooney went about his breakup, Longoria found love elsewhere. 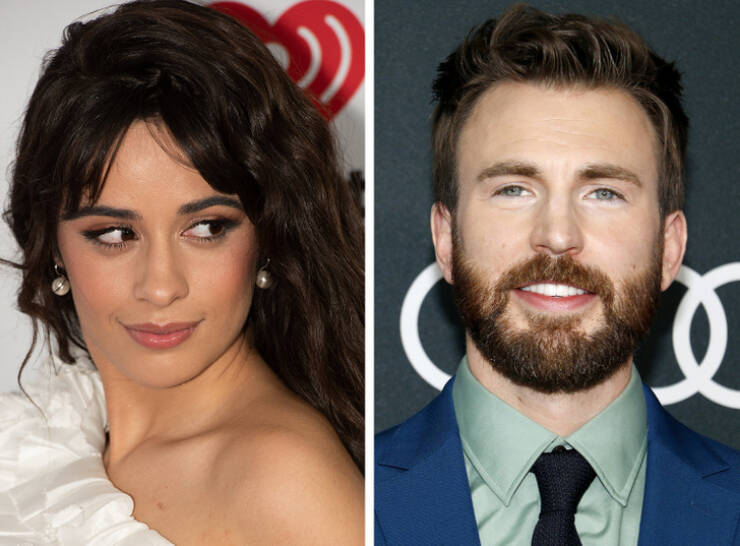 Camila Cabello may admire Chris Evans and find him handsome, but she made it very clear that he was not her type of man. This was after Evans declared that he had a crush on Cabello.

Drake got rejected by both Rihanna and Nicki Minaj. 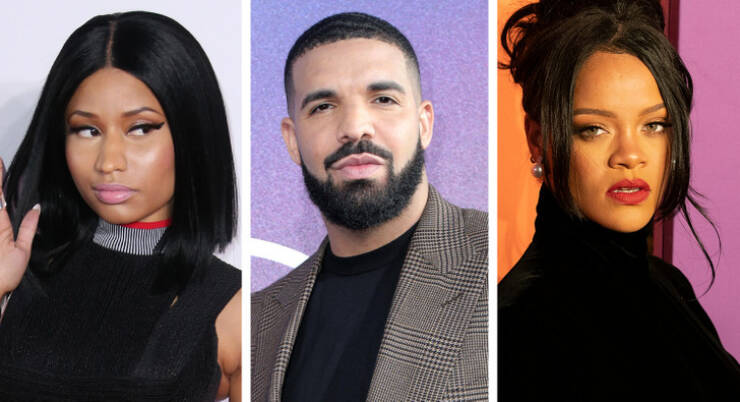 Drake has been crushing on Nicki Minaj forever now, and the 2 have joked about getting married to each other as well. But as Drake said, “She looks at me like I’m her little brother.” He also called Rihanna his “ultimate fantasy,” but nothing happened there either. 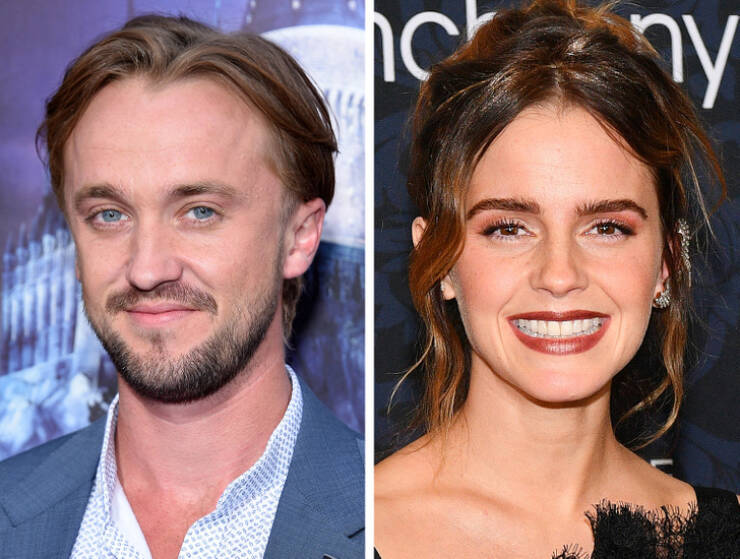 While Emma Watson was “pure friends” with Daniel Radcliffe and Rupert Grint, Draco, Tom Felton was another matter. She claimed that she had a crush on him between the ages of 10 and 12, but he saw her as a little sister, and it broke her heart. 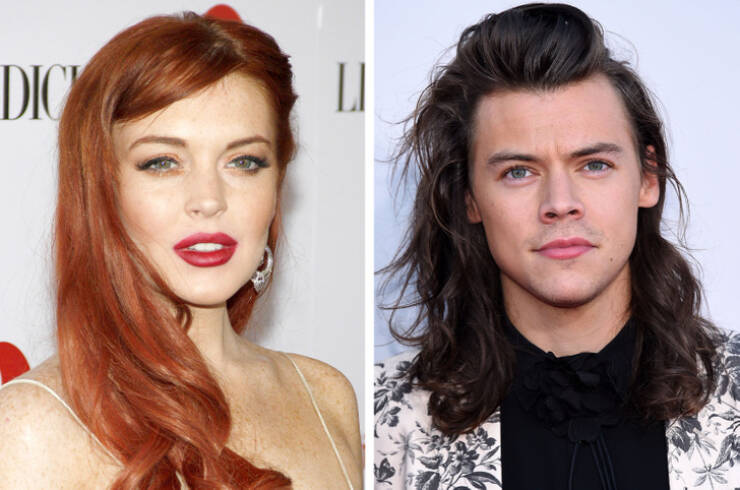 Lindsay Lohan supposedly turned down Harry Styles once. The story goes that he showed up at her hotel door at 2 a.m. and Lohan didn’t recognize him. She claims he was wearing a suit and looked rather dapper, so she wished him good night and called him “good-looking” before shutting the door in his face. 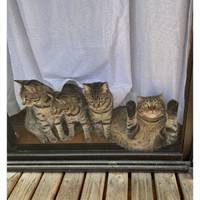 Court 5 month s ago
I just came here because I had to ask: Why in the rotten piss would anyone ever give two rat stinking farts about any of this????
Reply
3 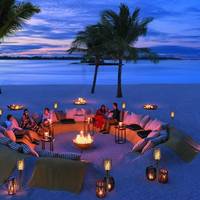 Jeanette 5 month s ago
#9 What the hell has she done to herself?
Reply