In Catch Me If You Can, the events take place in the 1960s, when the braces Amy Adams’ character wears did not yet exist. 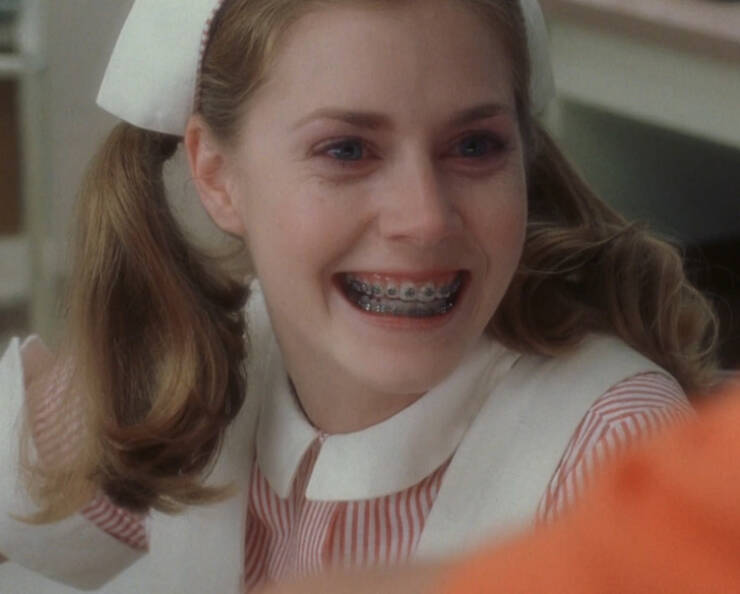 In Iron Man, Pepper Potts is wearing a hands-free device, but in the next scene, it’s gone. 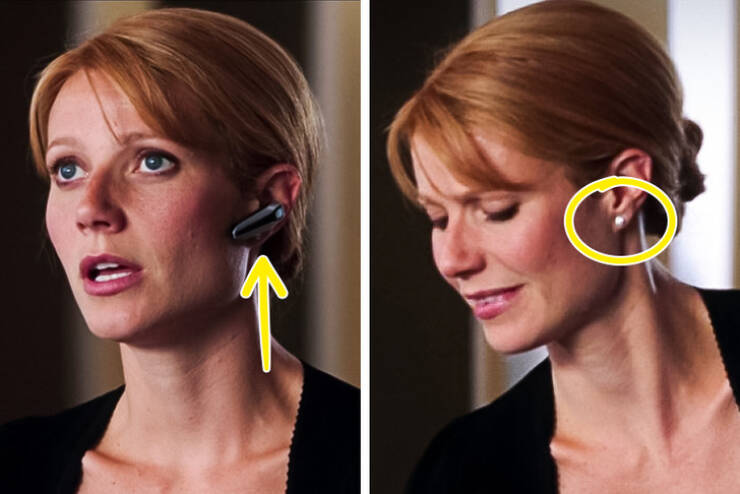 In The Lord of the Rings: The Two Towers, Gandalf the White is wearing sneakers. 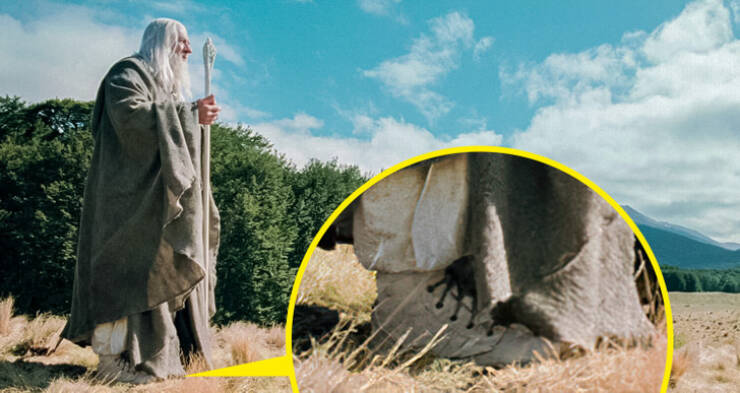 In one of the scenes of Moulin Rouge!, the thin straps of the lead character’s dress are replaced by wide straps. 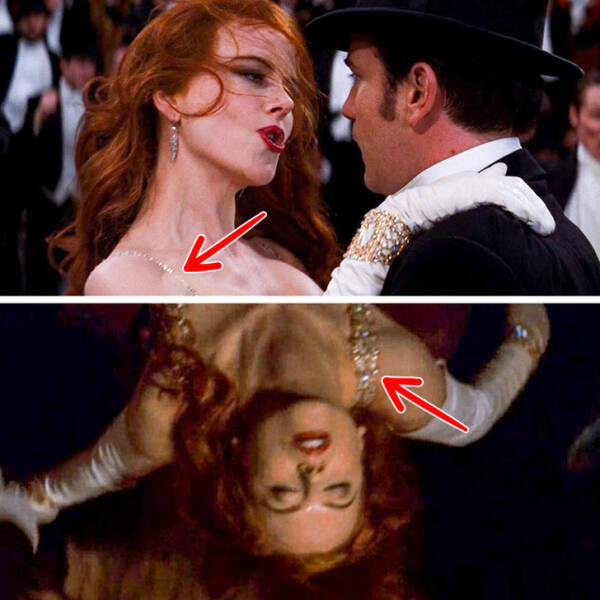 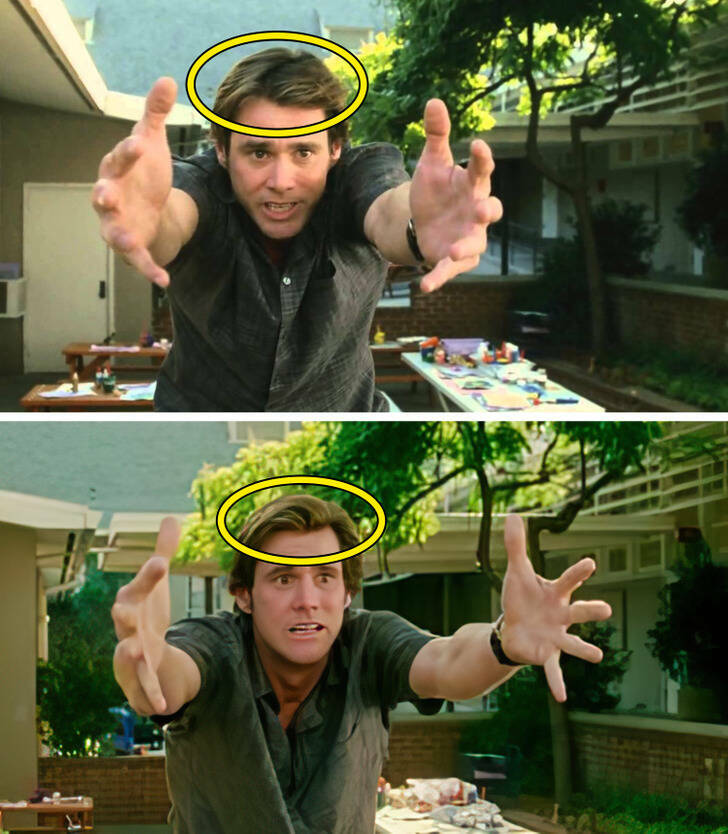 In this Matrix scene, you can clearly see the camera in the reflection of the door handle. 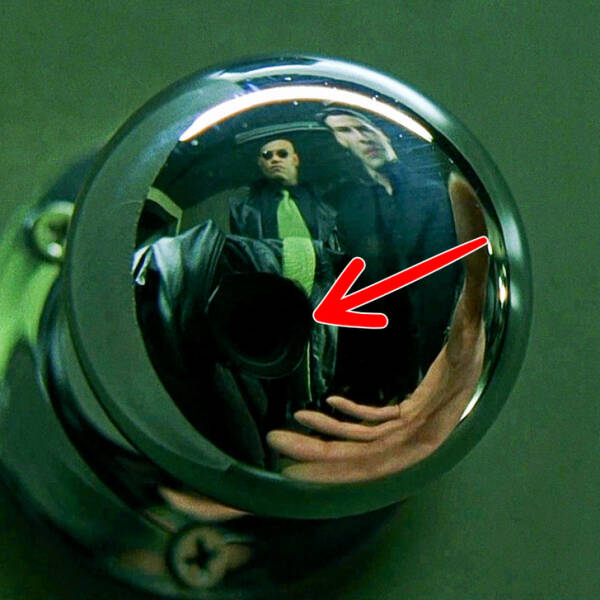 In Harry Potter and the Goblet of Fire, the sleeve of Lord Voldemort’s robe is first rolled up but then rises up on its own. 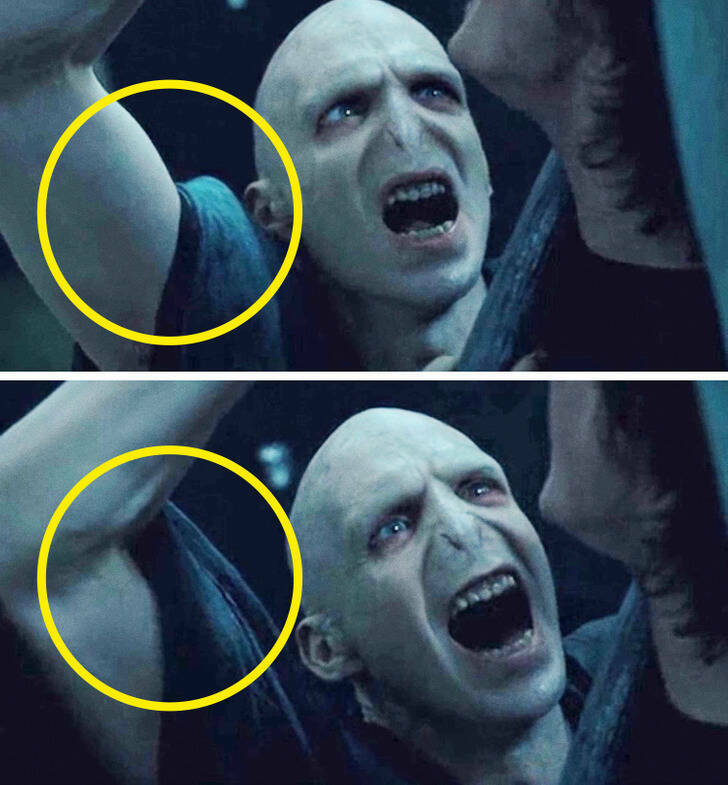 In Marie Antoinette, you can see hair extensions on the head of the queen’s son. 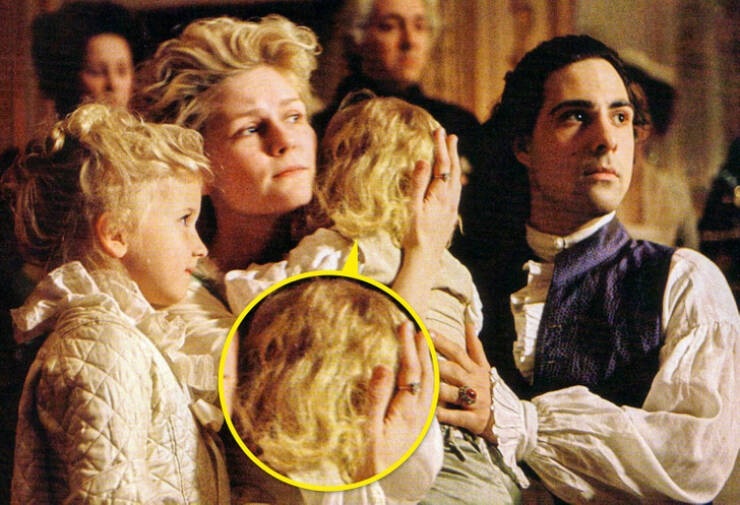 In The Other Boleyn Girl, they forgot to comb Natalie Portman’s hair back, which completely contradicts the rules of the French headdress. 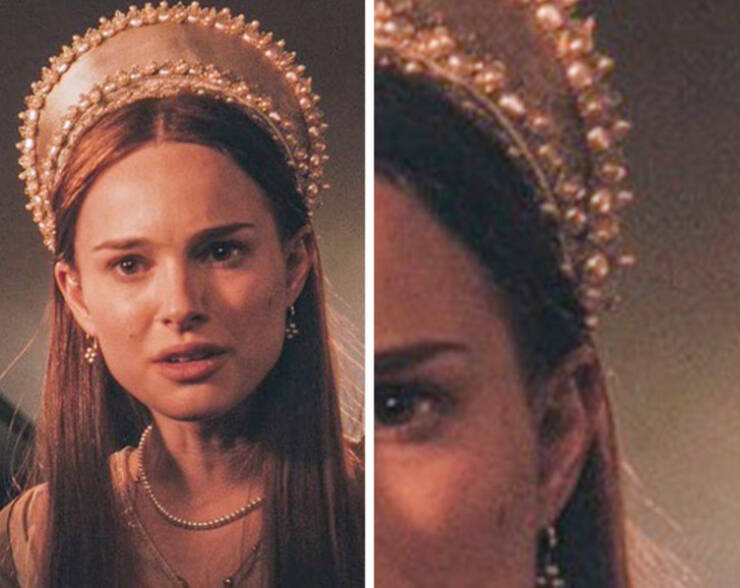 Anti-reflective lenses became popular in the 1980s. Sharon Tate could not have worn them in Once Upon a Time In Hollywood. 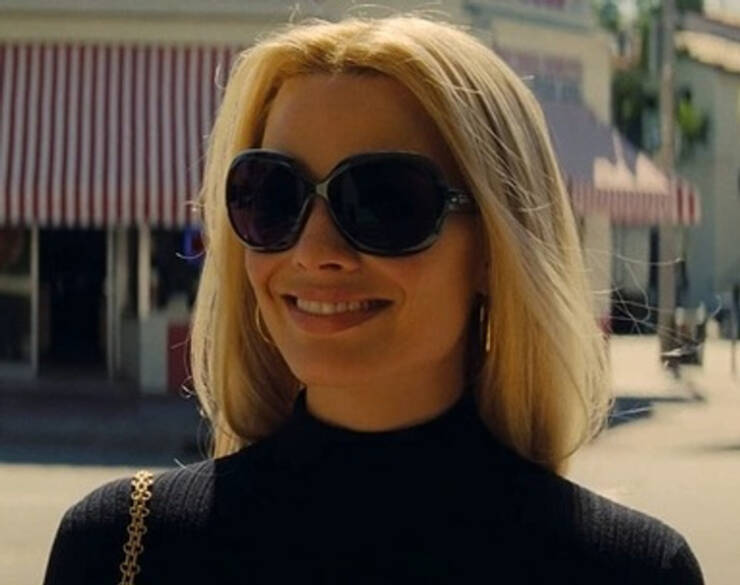 In Back to the Future, Marty McFly plays a Gibson ES-345 guitar, which had not yet been created in 1955. 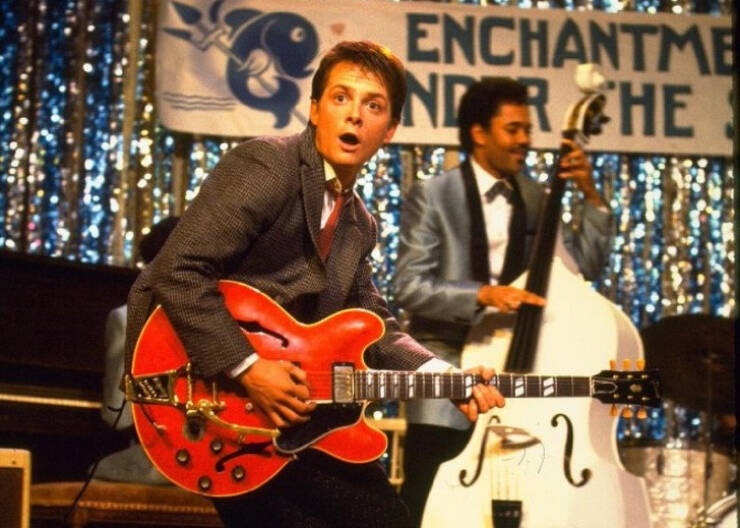 In Miss Congeniality, the state represented by this girl changes unexpectedly. 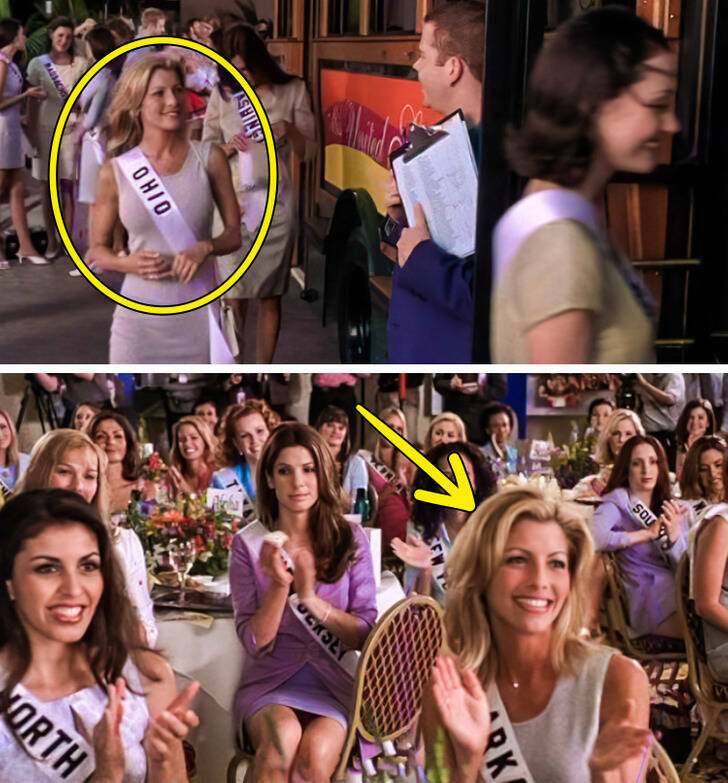 In Frida, you can see how the actress is “bedridden.” But the artist’s earrings hang down, revealing that she is actually standing, not lying down. 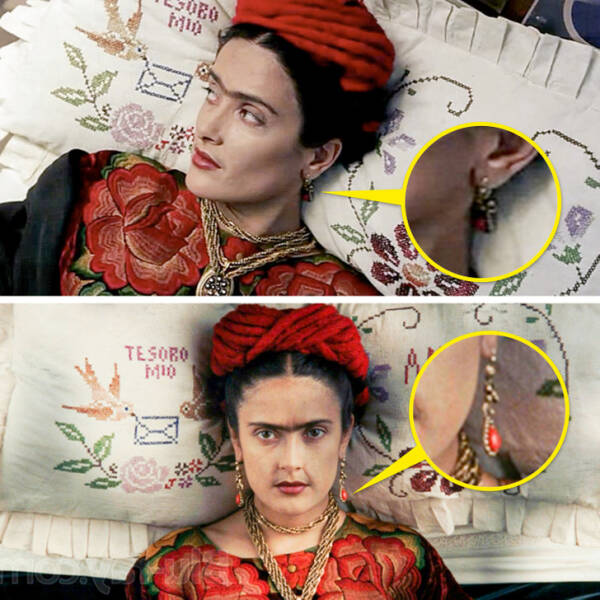 In A Series of Unfortunate Events, hands do wonderful things. 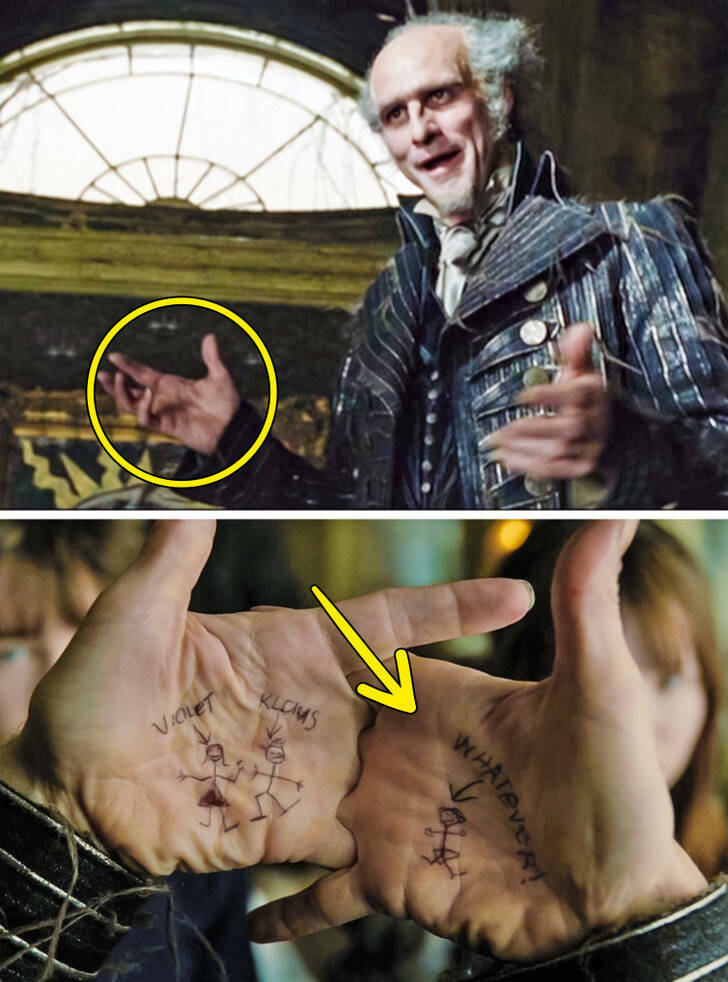 In Spotlight, the journalist takes notes, but there is no single word in the notebook. 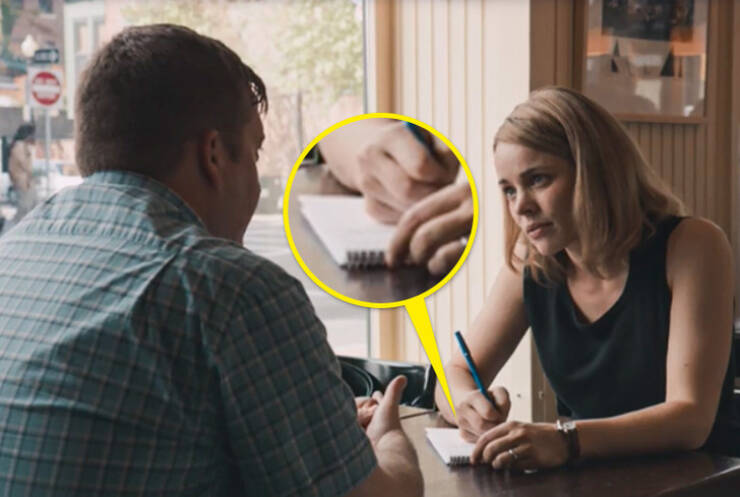 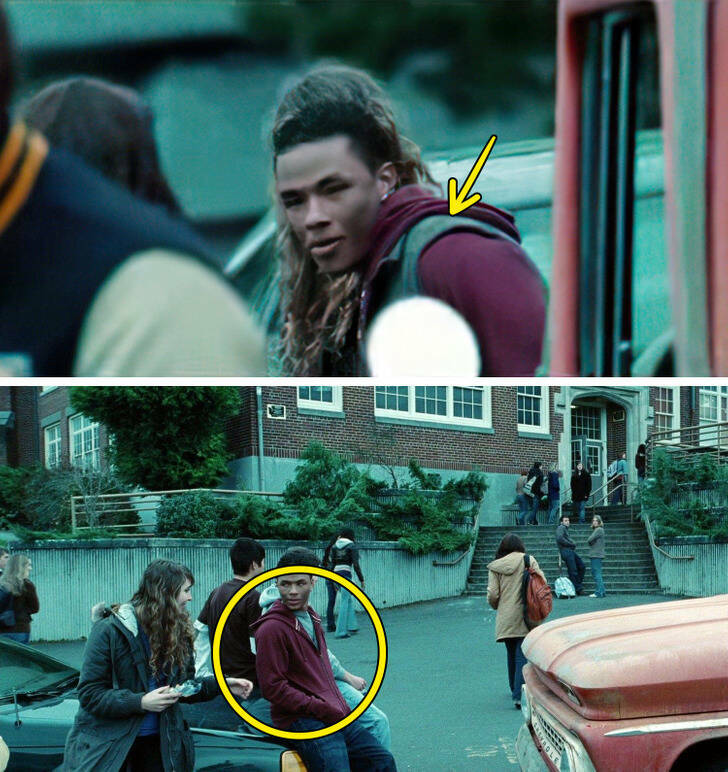 In Titanic, the water looks clean when it should be murky because of the amount of organic waste in the ocean. 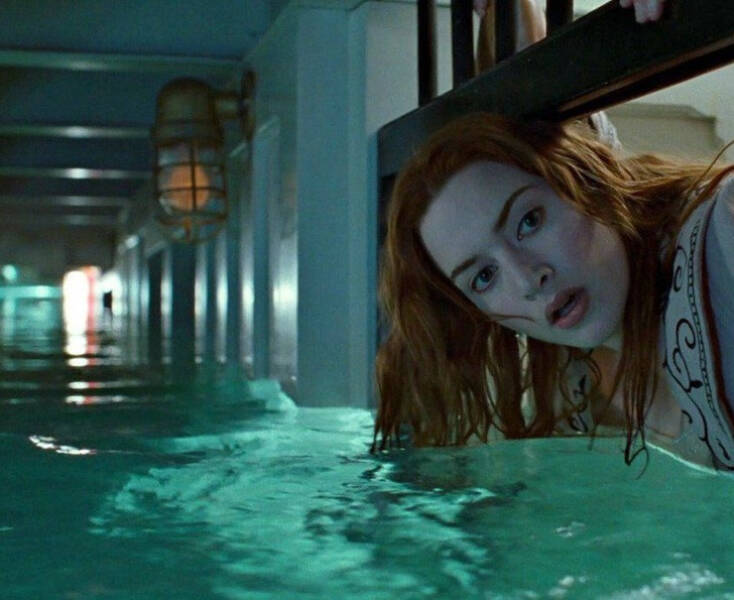 In Nothing Hill, the entire film crew can be seen in the reflection of Julia Roberts’ sunglasses. 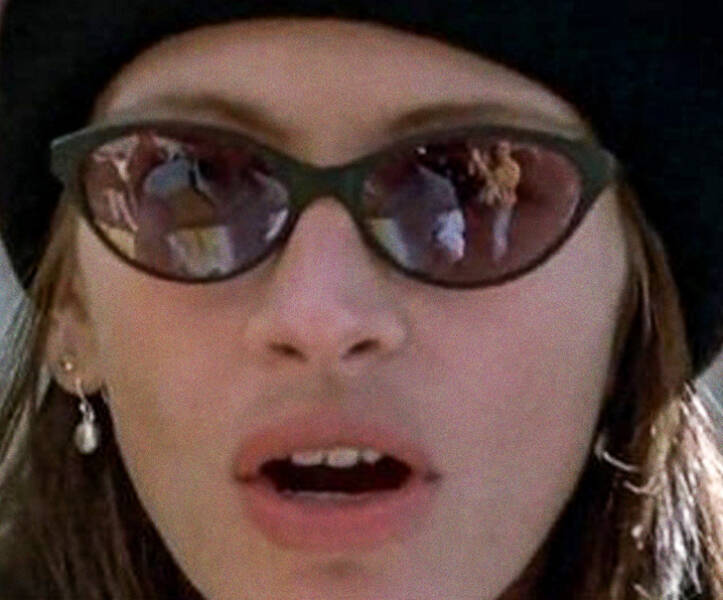 The tattoo that She’s All That’s lead character had disappeared on the day of the last holiday of the year. 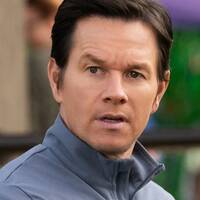 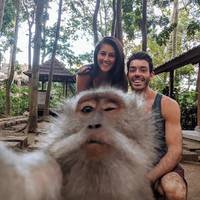 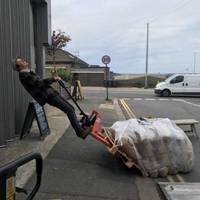 Kimberley 2 month s ago
#17 "Organic waste" is from dead things and fish poo, and is one of the reasons I don't go to the beach. Also, I don't like sand. It's coarse and rough and irritating and it gets everywhere.
Reply
1

Bernard 2 month s ago
What about Cats the movie? There was a massive mistake as it was meant to be good but it was sh#te.
Reply
Powered by