Monsters Inc. premiered in 2001 to prove monsters are not always scary and, apparently, to show scratches disappear. 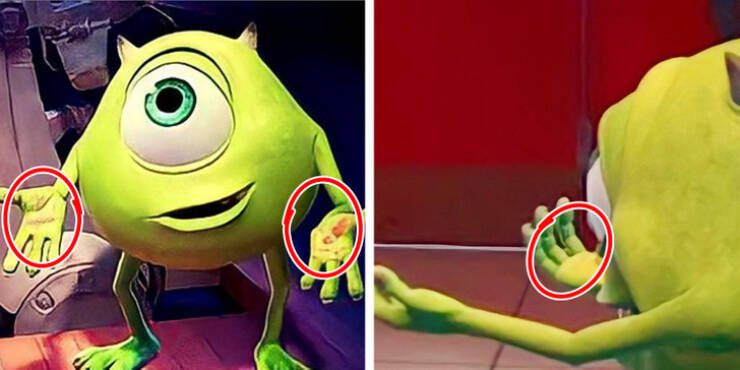 Frozen is clearly one of the most beloved and blockbuster movies of recent times, but it has some small mistakes. There is a scene in which Anna and Kristoff fall with a rope tied around their waists; however, in the next scene, it’s nowhere to be found. 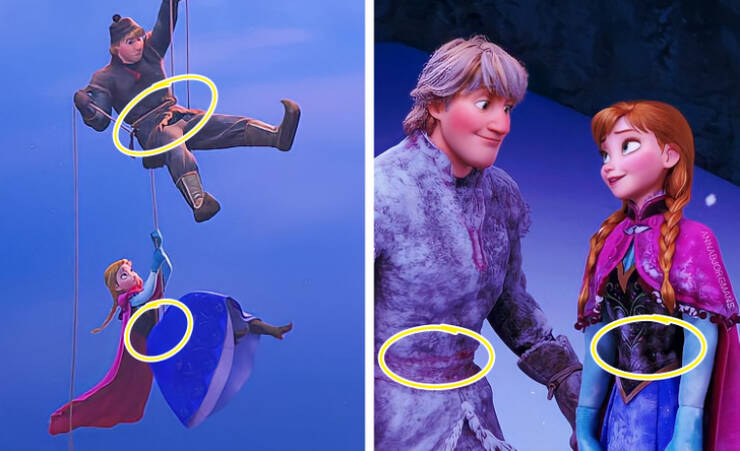 Up managed to move the audience to tears with its beautiful story. The protagonist couple builds a life together and the home of their dreams, but the mailbox seems to move from one scene to the next. 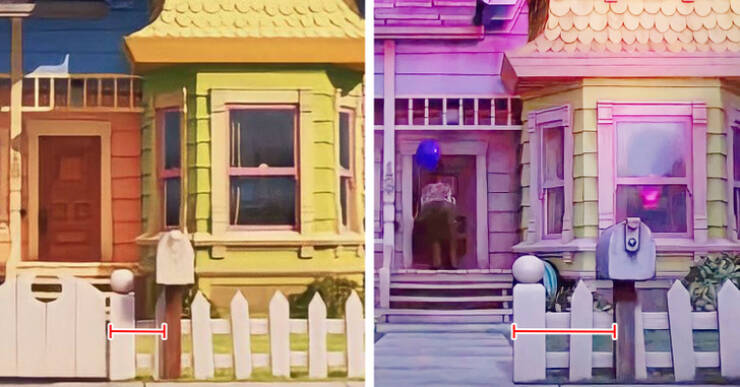 In Inside Out, there’s a scene where Riley introduces herself to her new classmates. There you can see the books on her desk changing color. Initially, the one on top is blue, and then it changes to maroon and beige. 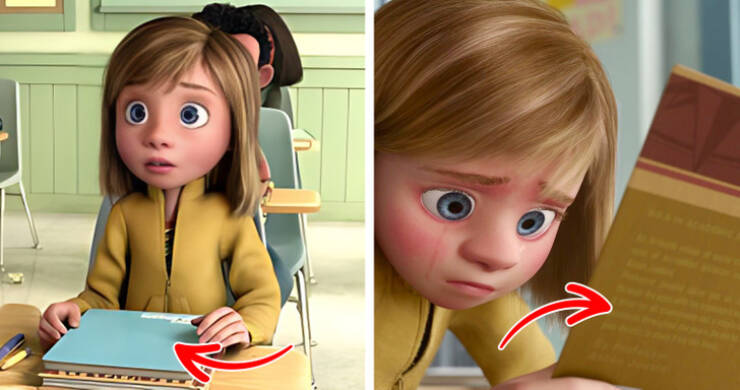 Wreck-It Ralph! left the video games world and jumped to theaters, but there’s a catch. When the big guy crushes the cake, you can see Mary empty-handed. Shortly after, she’s holding cake dolls. 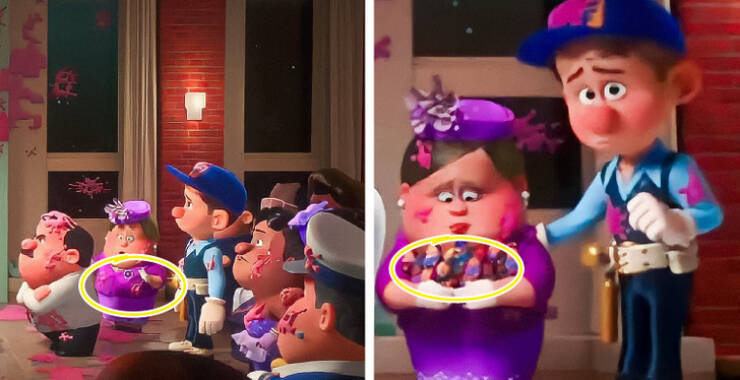 Alice’s Adventures in Wonderland was written by Lewis Carroll. In the opening credits, you can see that the author’s name is missing an “L” and that the title of the movie has changed slightly. 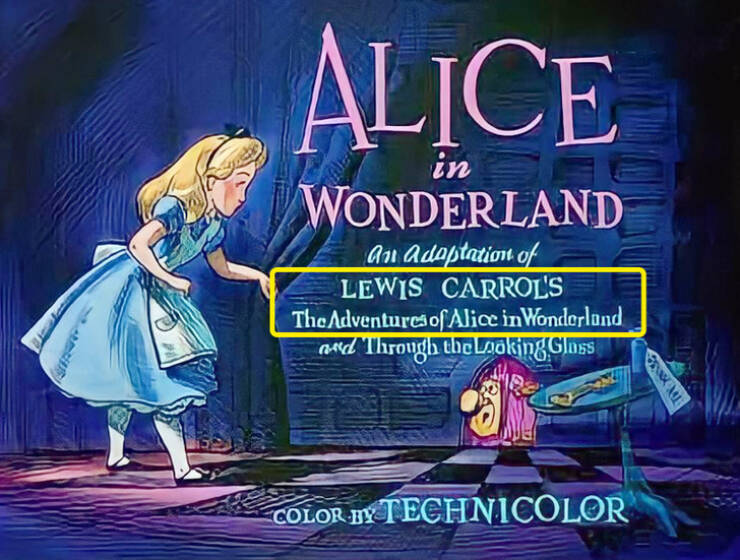 One Hundred and One Dalmatians was released in 1961. At the beginning of the film, when Pongo goes to the park with Roger, we can see how he leaves his hat on the bench. However, only a few seconds later, it returns to his head again 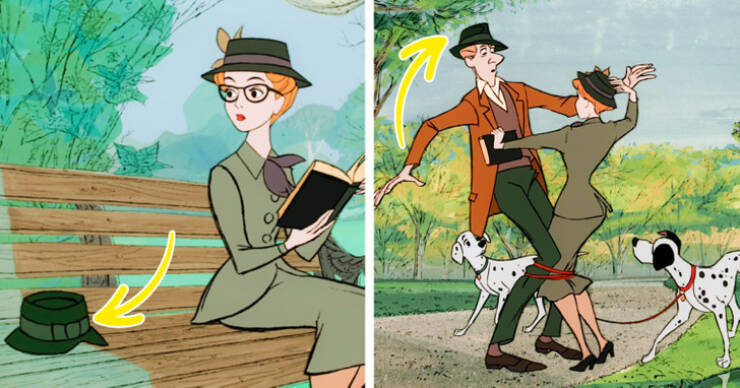 In Peter Pan, Michael goes flying thanks to magic fairy dust. No one would think that the color of Peter’s shoes would change during the flight, but it does! 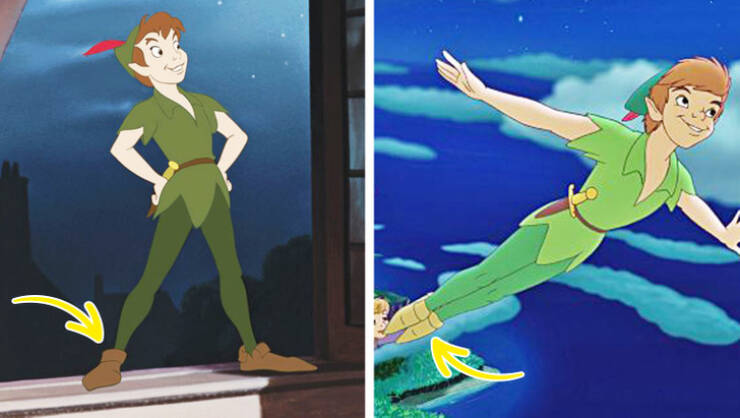 Mulan disguises herself together with her friends. We can see how initially her fan is green, but when she faces the boss on the roof, it became yellow. 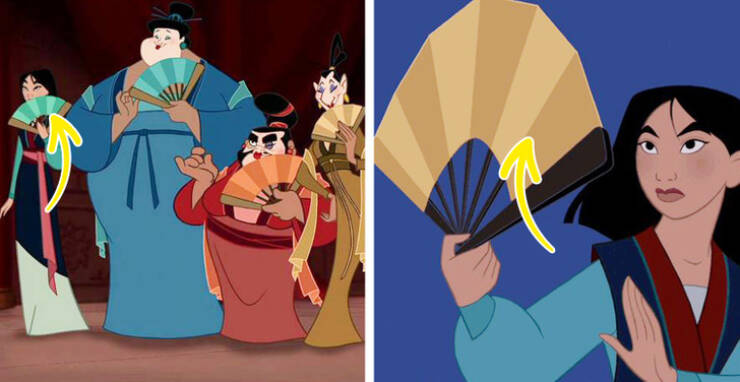 King Triton is a charming, but strict father who won’t let Ariel come to the surface in The Little Mermaid. He always wears a trident and a five-pointed crown. However, when his crown drops, we can see that it suddenly has 8. 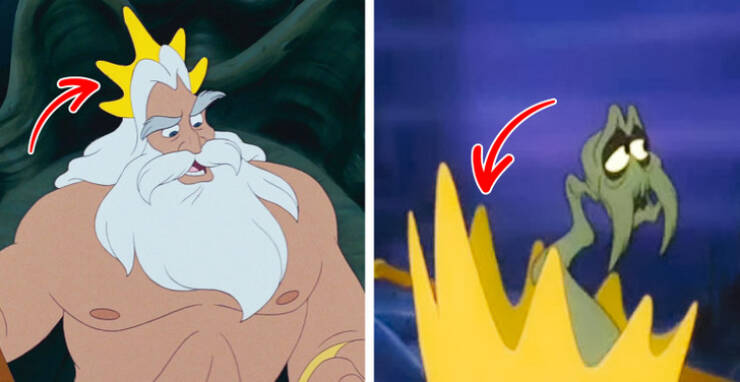 Aladdin changes his outfit from time to time during the 1992 film, but there seem to be features of his clothing that change from one moment to the next and quickly change back. For instance, the patch on his pants appears and disappears. 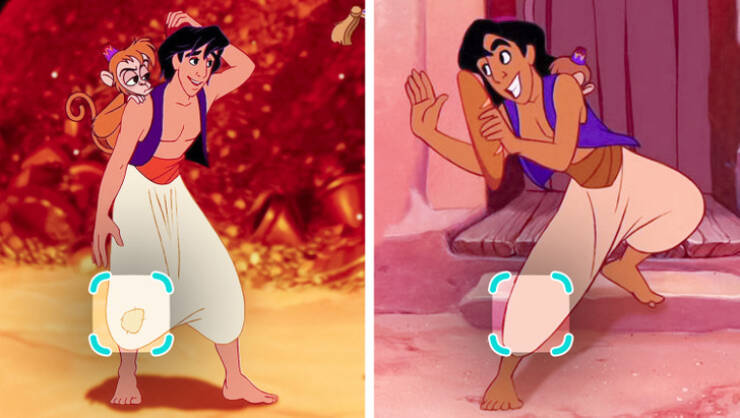 Gaston, the bad guy in Beauty and the Beast, shows up at the protagonist’s house in his best clothes, but ends up staining the book with mud when he puts his feet on the table. 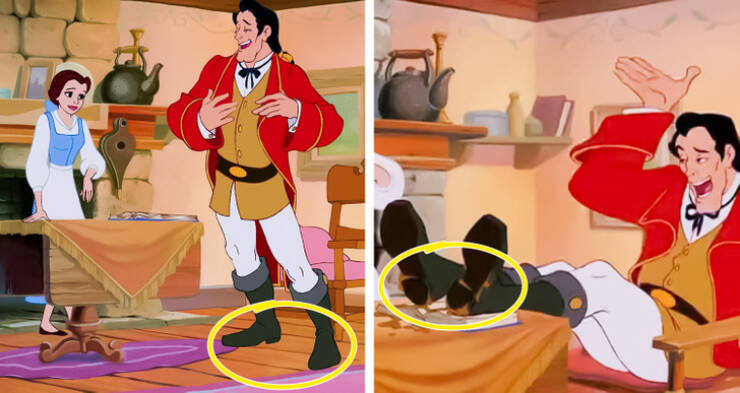 In The Lion King, Timon starts to dance the hula with his characteristic self-confidence, but if we look closely, we can see how he goes from having nothing around his neck to having the traditional necklace with flowers. 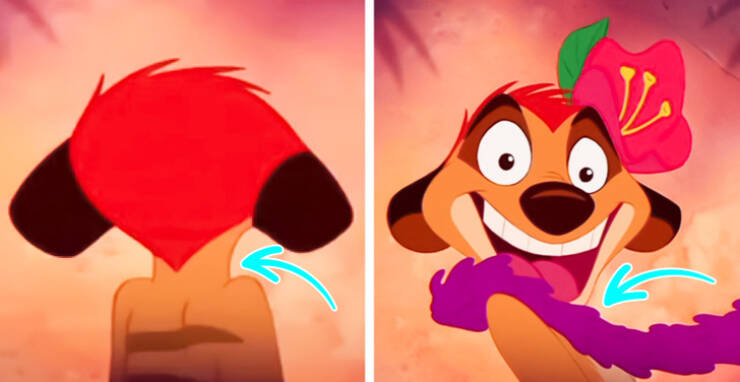 The Princess and the Toad was released in 2009. Tiana’s dream is to own a restaurant that carries the memories of her dad. However, the pic that her father signed changes from one scene to the next. 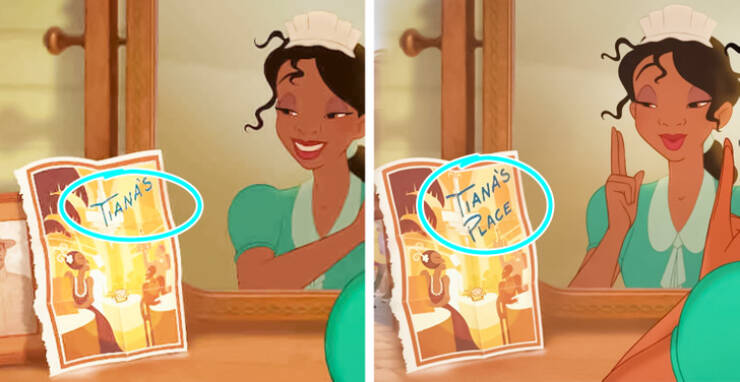 Remy stole our hearts thanks to his culinary talent in Ratatouille and his friendship with Linguini. But in the scene where he argues with Colette, who scolds him for having dirty sleeves, the stain disappears. 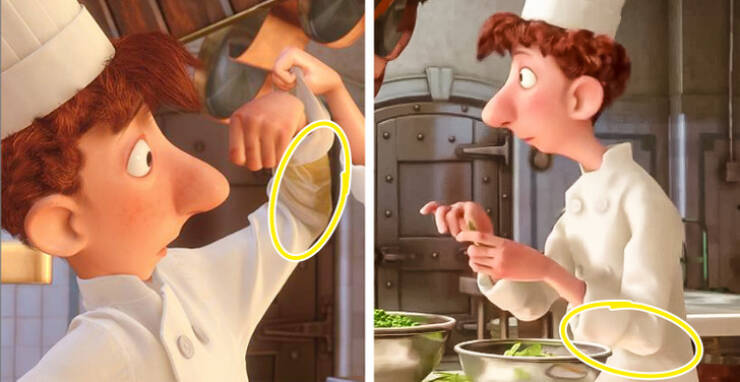 In Finding Nemo, when the dentist takes the main character out of the fish tank to give him to his niece, we can see how the bag changes from a zippered bag to a normal bag. 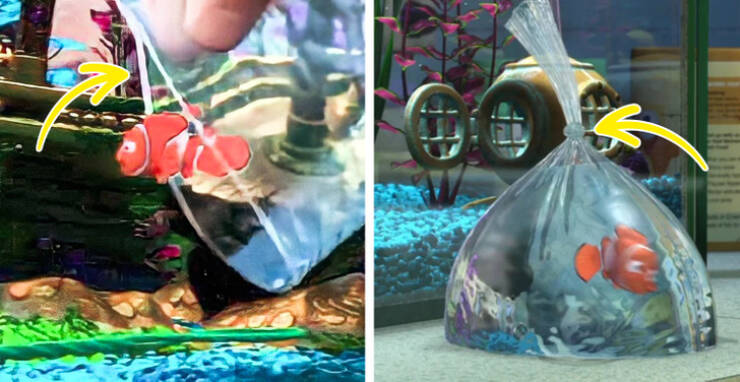 Judy 2 month s ago
who actually takes the time or effort to spot these "changes"?
Reply
Powered by