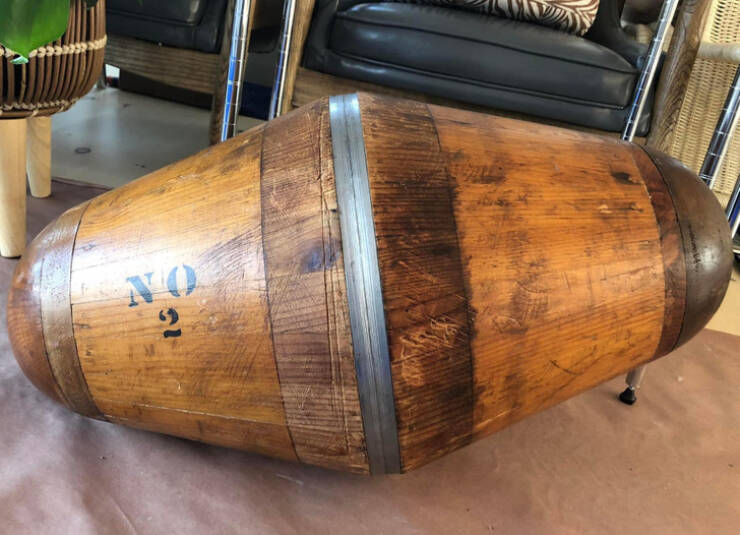 ’’It’s a ’former cone’ - used to shape raw felt into cone shapes for hat making. The felt is wrapped around the cone, and then cut in half (down that metal band) to produce 2 halves that are the first step in forming a wool felt hat.’’

“I bought an old house and found this in a cupboard untouched from the 1960s till today, any idea what this is?” 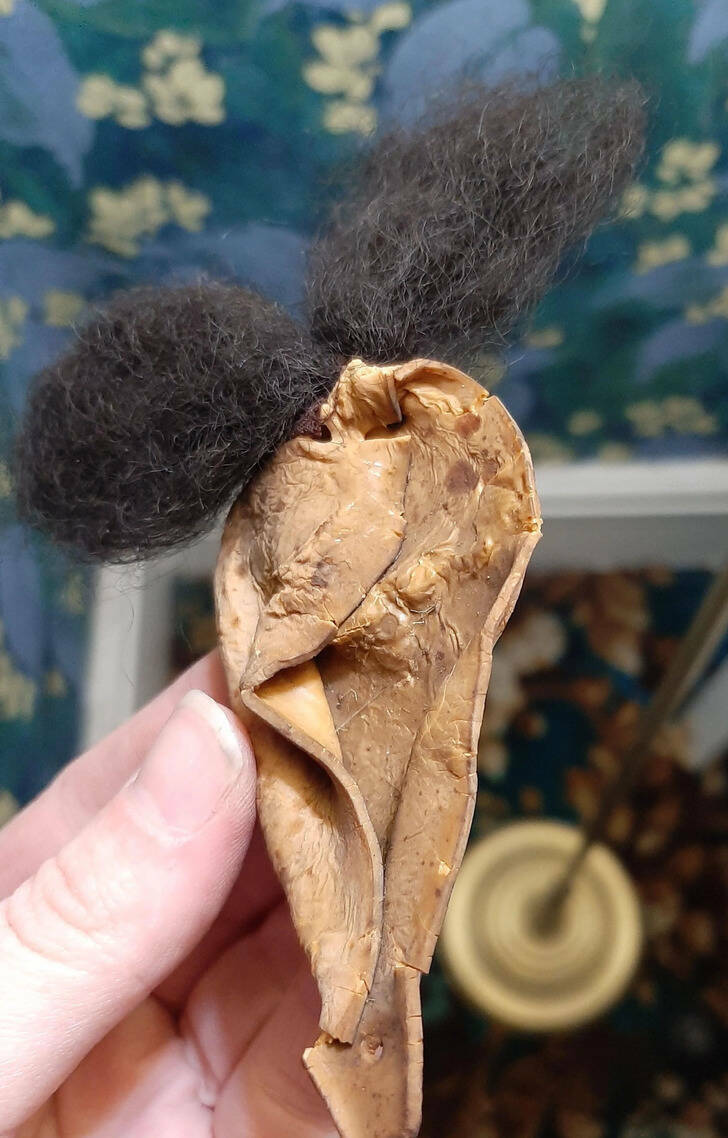 ’’You’re holding it wrong. Looks like a nose with an attached mustache from the joke shop to me, minus the elastic.’’

’’My friend and I found this red cylindrical object outside of his apartment. It’s about 2 inches tall and has a silver needle on the end.’’ 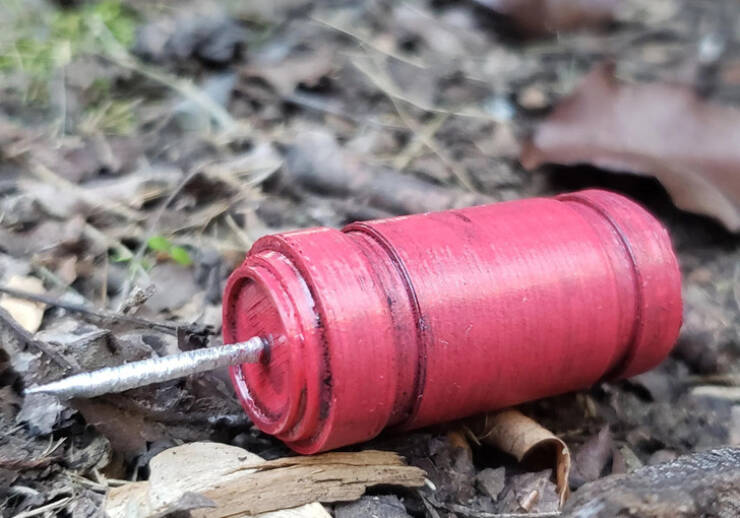 ’’If it’s 3D printed, it’s probably a prop — an Anti-Quirk Bullet from a My Hero Academia cosplay.’’ ’’4- to 5-inch lipstick-like item with a logo and “Produced by Hiromi Yamamoto” underneath. One AAA battery, doesn’t function.’’ 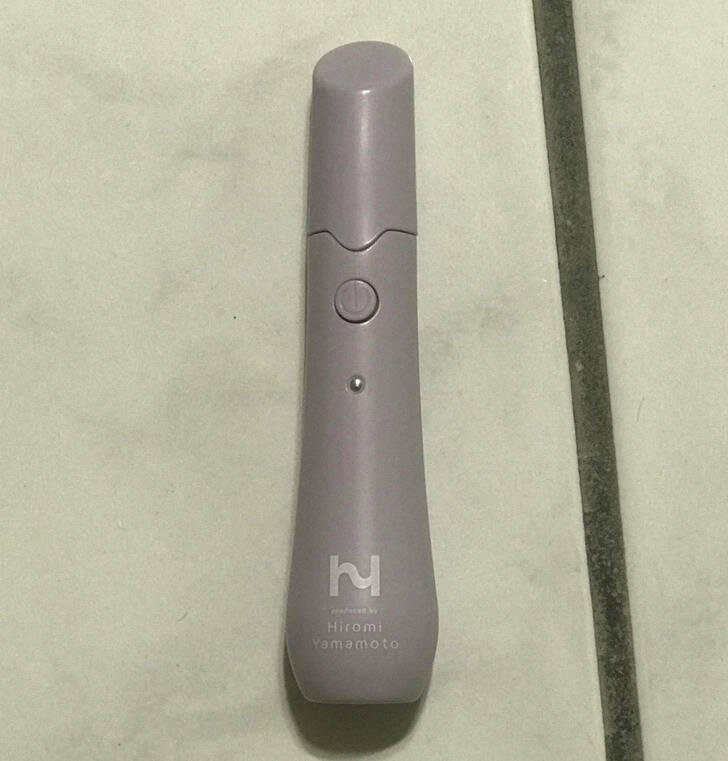 ’’Weird purse, made of metal & velvet with a cage inside of it, adjustable vent on one side & air holes on the side that pulls out.’’ 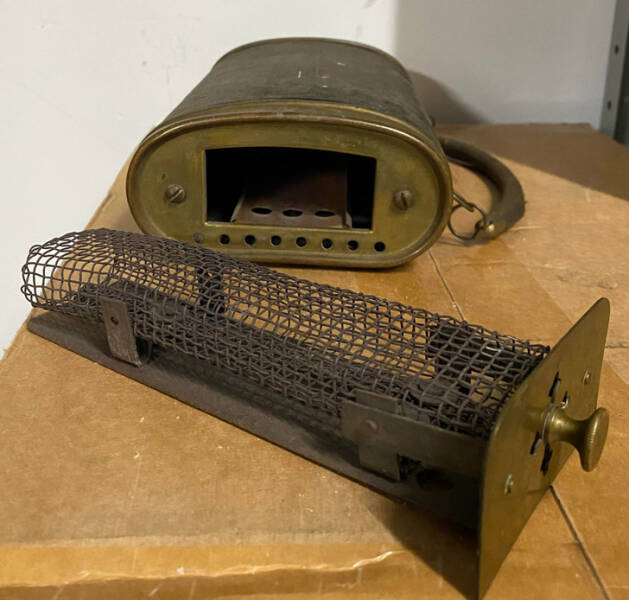 ’’Wooden sticks at a café in Florence’’ 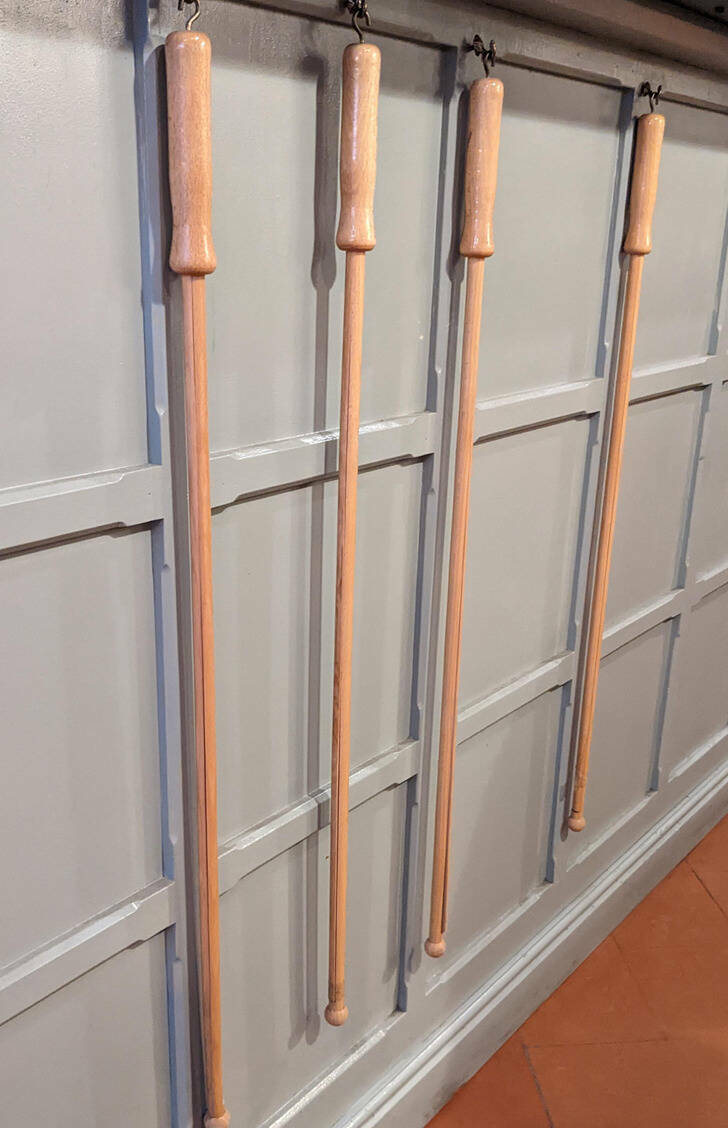 “Newspaper holders. The sticks have a split in them & the papers go through there. Usually sized for broadsheet newspapers.”

’’This has a long handle like a shovel, but on the end, it looks like a sort of basket/rake thing?’’ 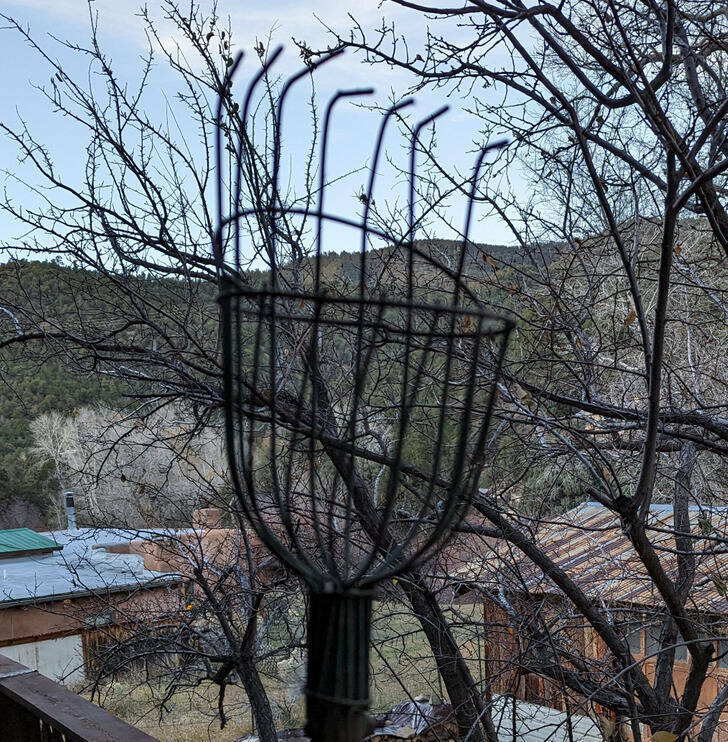 ’’What are these small white boxes around the base of our bed at the hotel?’’ 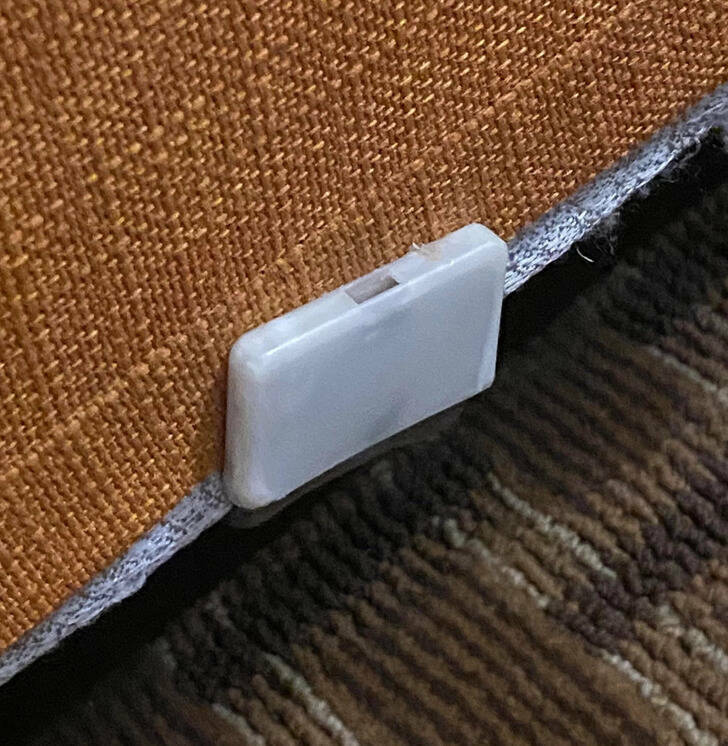 ’’I would of guess that they lock the cover onto the box spring. Slipping a screwdriver in the slot might release the cover. Much like those security pins on clothes, but in this case just a safety pin.’’

’’What are these small plastic “caps”? Like a wire nut, but not. White plastic with colored rubbery plug and loop. Yellowish-brown foam or sponge is inside.’’ 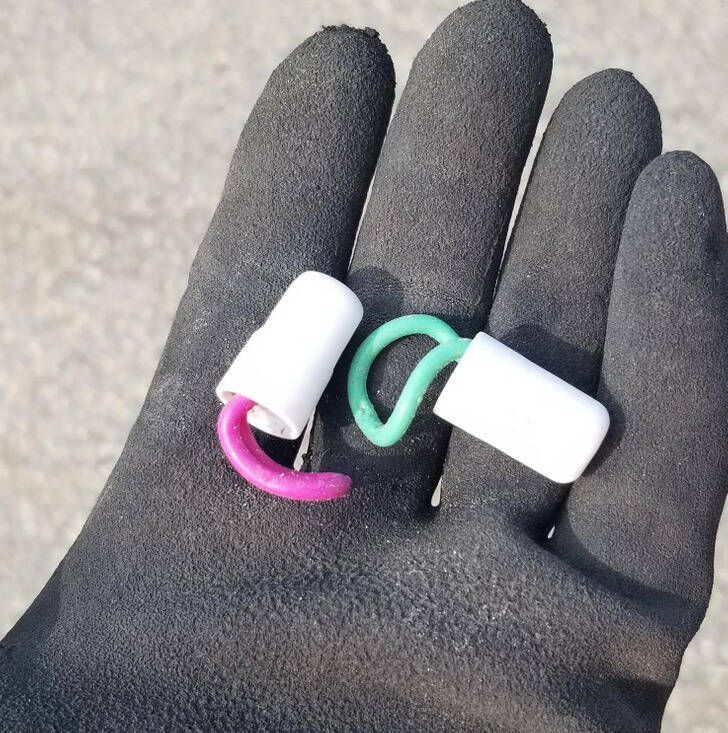 ’’These were included in a memorial golf tournament swag bag. They are approx. 7″ long, made of semi-rigid plastic.’’ 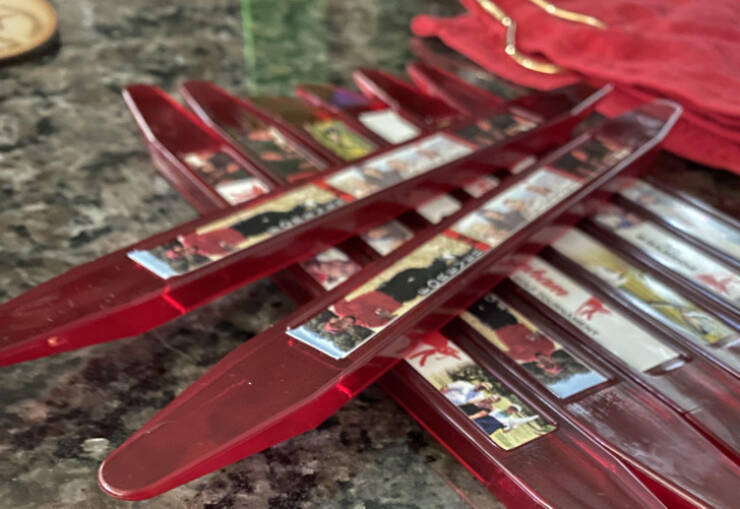 ’’What is the red pointy plastic used for? I can’t get a straight answer.’’ 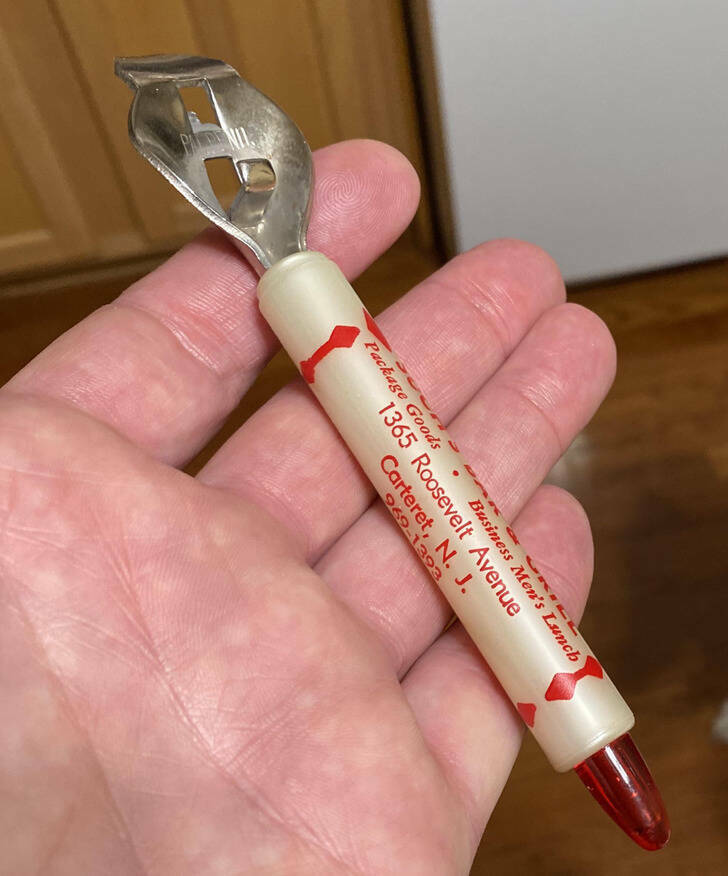 ’’My guess is for opening old style, push tab style cans, so you don’t cut your finger.’’

“I found this in a bag of prawn crackers. It’s very hard and translucent.” 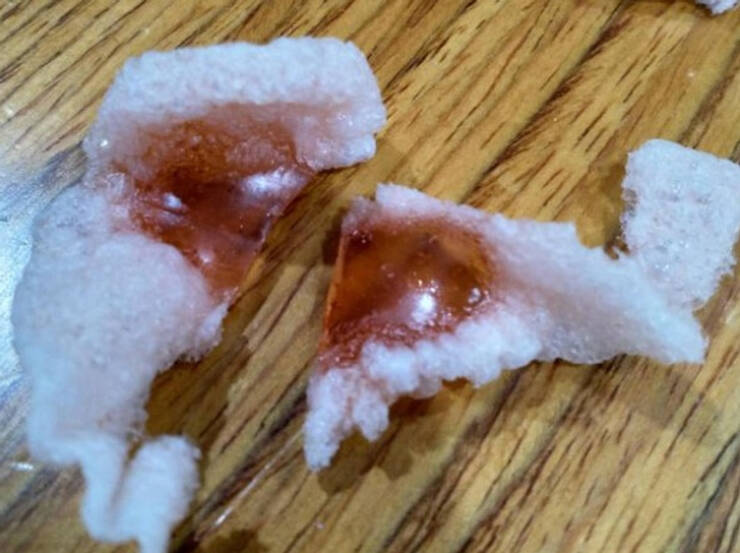 “That’s what prawn crackers look like before you deep-fry them.”

’’From a gumball machine. Plastic with foam at the ends. Slightly weighted.’’ 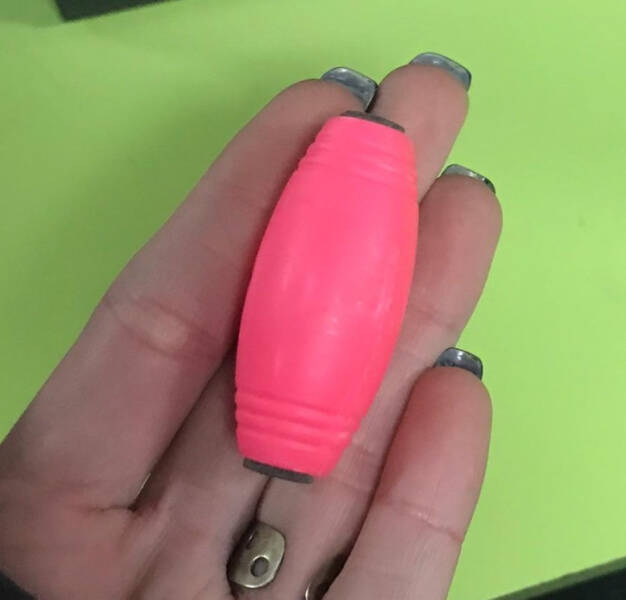 “Here’s a video that shows what it is *supposed* to do.” 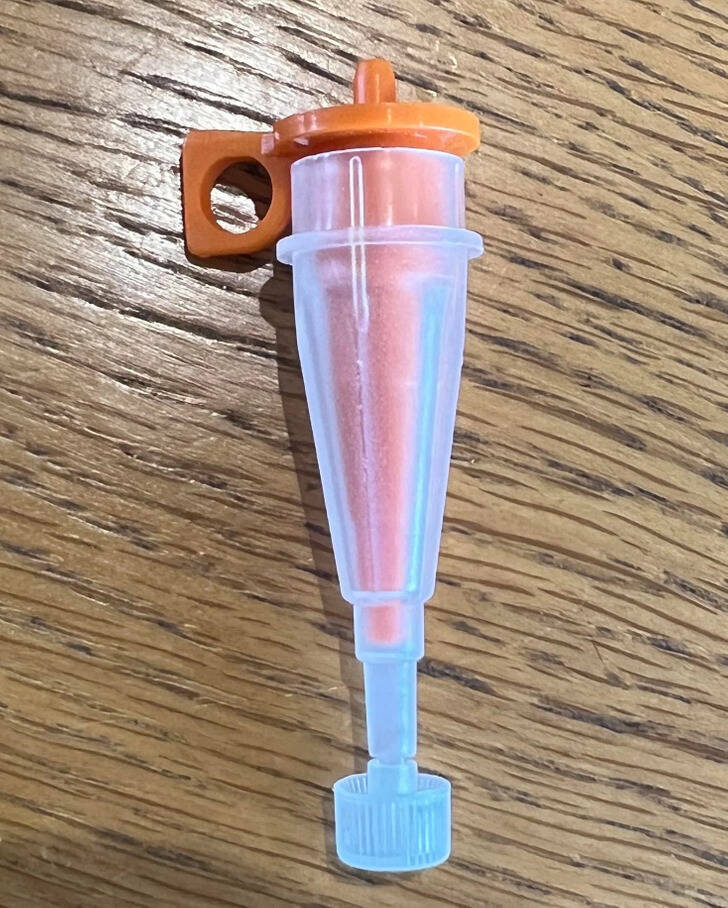 ’’I think it’s a PEG / G-tube adaptor. You push/ screw the thin end into the tubing attached to the liquid feed bag, and then push the conical end into the PEG tube. Or you use the clear outside to connect the G-tube to a syringe.’’

’’What are these buttons on the floor under the sinks in this university bathroom? They don’t seem to do anything when pressed.’’ 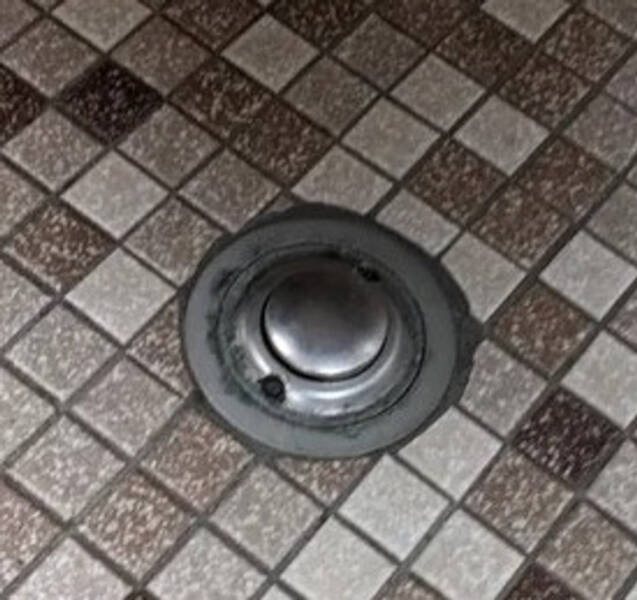 ’’It’s a foot pedal valve for the lav faucet now replaced with hand sensors on the faucet. It’s a true valve and actually more reliable, but more expensive.’’ 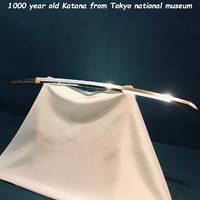 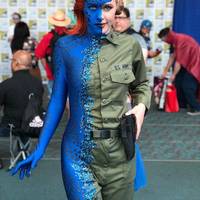 Levone 1 month ago
#31 Is a tie rack. Mounted on the closet wall with the spinner down and hang a neck tie on each arm.
Reply
2 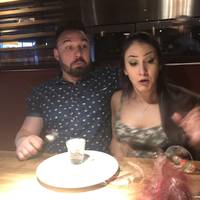 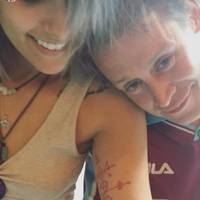 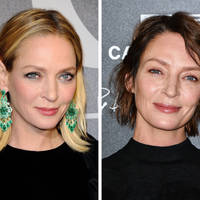 Link 1 month ago
#1 Considering the item is wider than a sitting chair, how big would the hat be? Are we talking about a oversize floppy sunhat?
Reply
Powered by