A father and son escaped injuries after a pre-race stunt gone badly caused a fiery wreck on the front stretch of the Charlotte Motor Speedway in Concord, N.C. 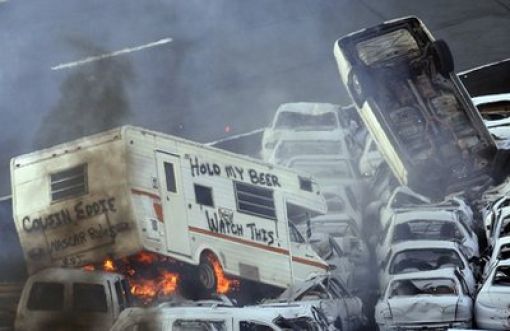 Spanky told the medics that he was ok, that he was a daredevil laughing the potential disaster off.

After this crash, I hope someone took away his beer and drivers license!

Now that is huge! 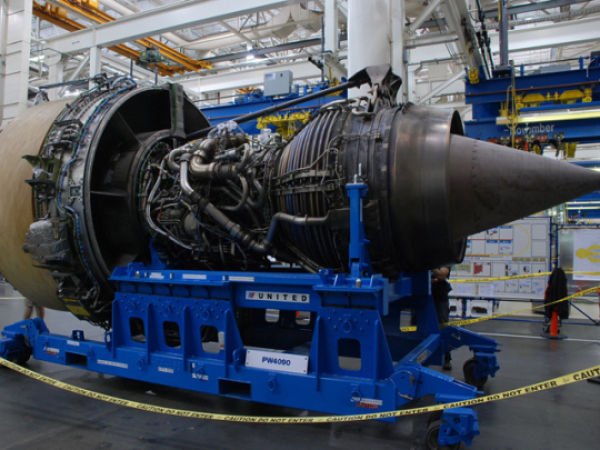 Just one shot of the inside of an airplane engine shop.  Those are some huge moving engines, be careful you don’t get squished. This powerful engine can put out 91,790 pounds of thrust.

Mexican’s Fire it Up 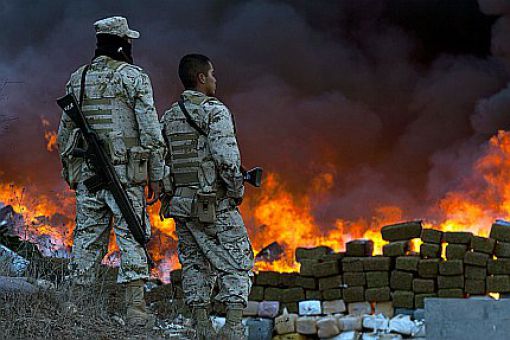 Yup, they are firing up some weed this week in Mexico, but no one except maybe the soldiers are getting a buzz off of it.

The Mexican army is arranging 134 tons of weed to be burnt at the border of Tijuana, Mexico.  From the snaps we saw half the soldiers are wearing protective gear and half aren’t.  I wonder if he was up or downwind most of the afternoon.  I’m betting the residents of Tijuana eat and sleep really well for the next two days. 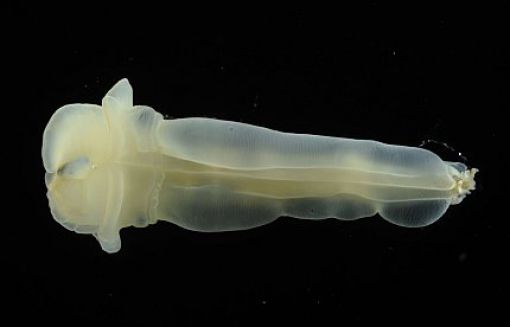 After you view this photo for a bit, you might come up with some wild and naughty ideas, but the truth of the matter is that this interesting guy is a Enteropneust (Acorn worm)  found at the depths of  2500 meters in the ocean. 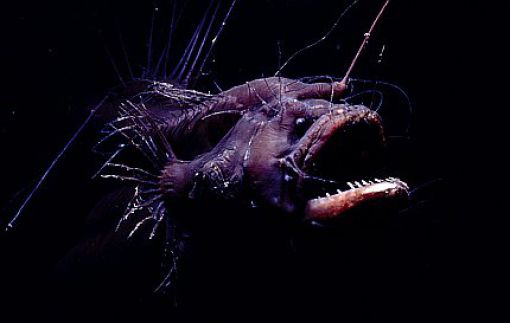 This guy reminds me of the fish that Nemo and Dori find during their chase for the diving mask.  In reality this is a deep-sea anglerfish at a depth of over 1000 meters.

British graffiti artist Banksy is talented and these pics prove it. 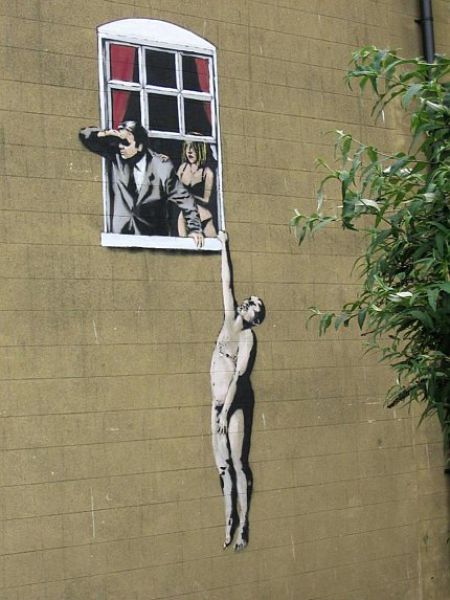 Whoops there he is!

2Cool4Ice 9 year s ago
First time ever i want to be in the mexican army!
Reply