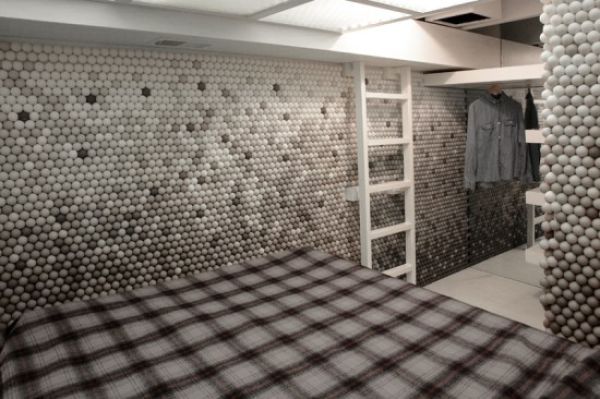 The apartment in is Daniel Arsham’s and it is covered from tip to stern with ping pong 25,000 balls. It took them two months to complete and the creation cost him less than one hundred dollars per sq. foot. 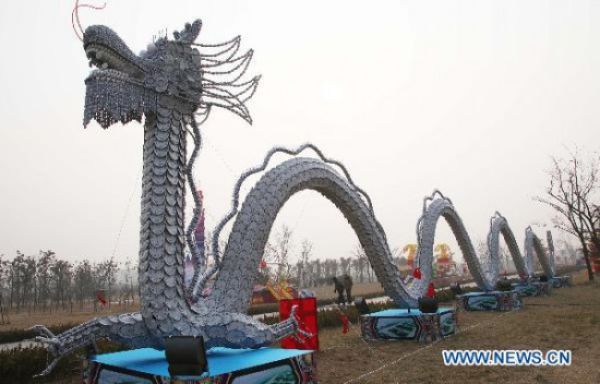 This dragon is from China, but it is also created with china plates. There are a total of 2,800 porcelain dishes and tea cups were used. 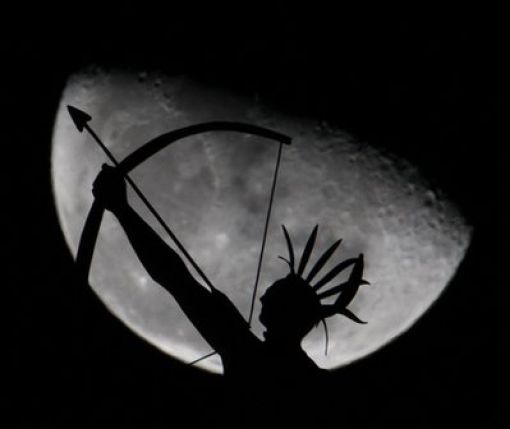 This is a statue of an American Indian and is silhouetted against the rising moon as it stands atop the Kansas State Capital Building in Topeka, Kansas. 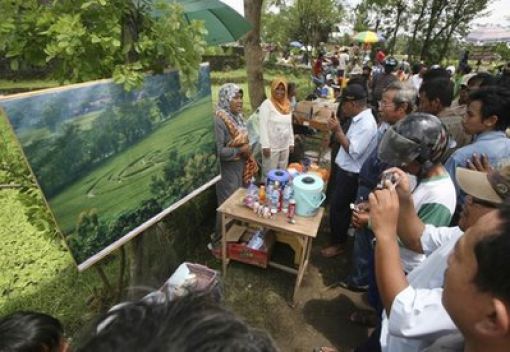 Vendors are now selling photos of the 70 meter wide crop circle that appeared over the weekend in a rice field in Sieman, Yogyakarta, Indonesia. 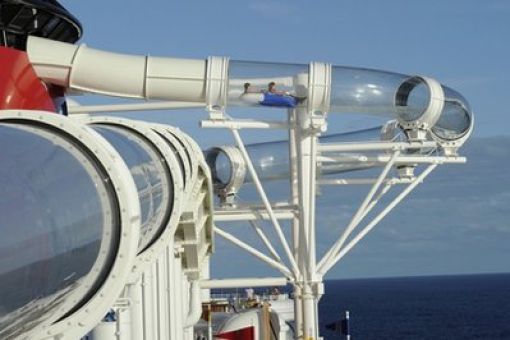 This is an updated photo from the new Disney cruise ship. The aqua duck is a clear tube/flume ride that features turns, drops, twists and it accelerates over river rapids. They plunge over the side of the ship and down 12 feet over the side and offers a huge view of the ocean. 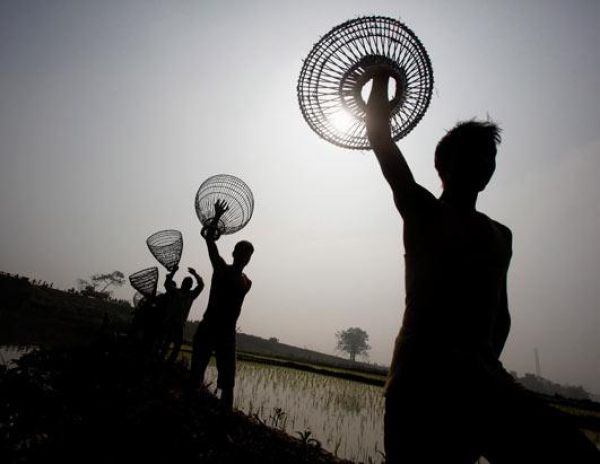 During the festival of Jonbeel in Jagiroad, India the people carry traditional fishing tools. Russians begin to donate blood for the bombing at the Russian airport. 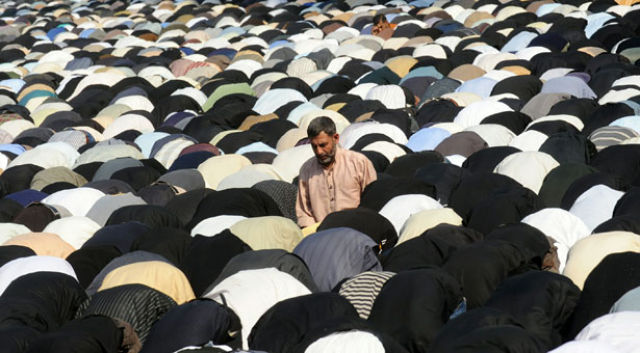 Everyone else is praying and this guy looks lost. I wonder if he just forgot to kneel or maybe he is wondering if he left the coffee pot on at home. 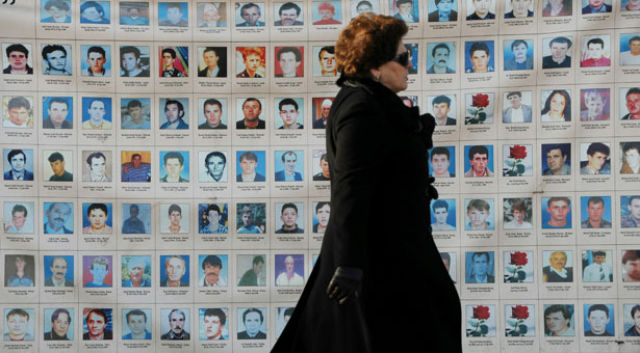