The Many Interesting Highlights of Detroit City (28 pics)


Detroit is not only about abandoned places. There are a lot of sights, settings and tourist attractions too. 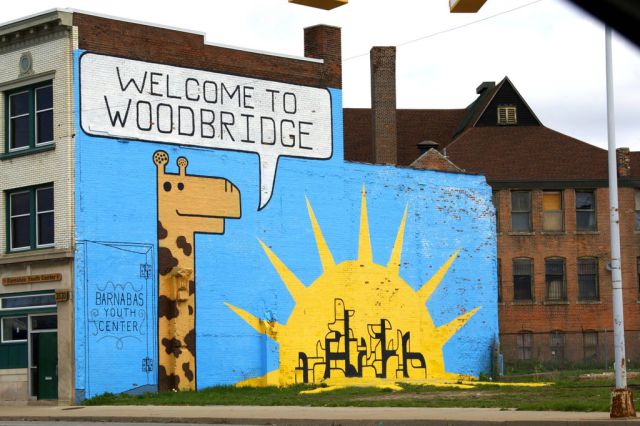 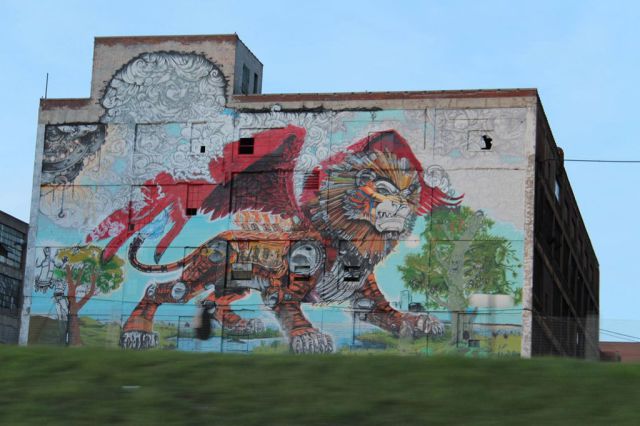 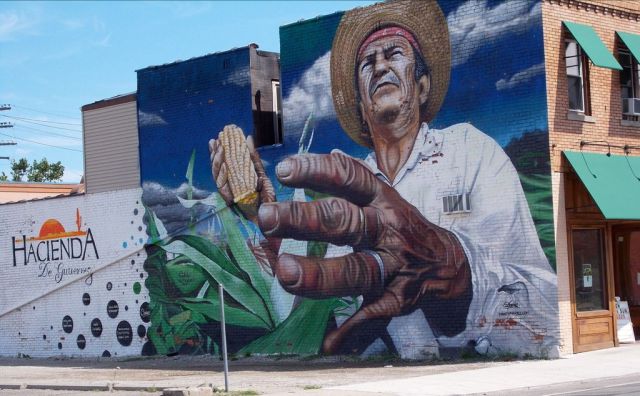 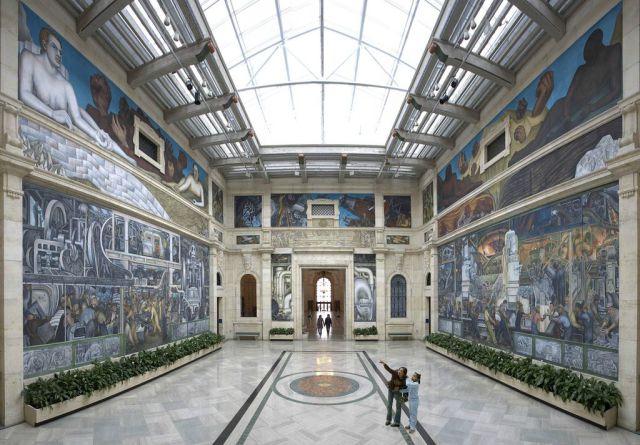 It's inside of the Detroit Institute of Arts, and is a completely enclosed courtyard, filled by Diego Revera's interpretation of Detroit's (at the time) industrialized state. 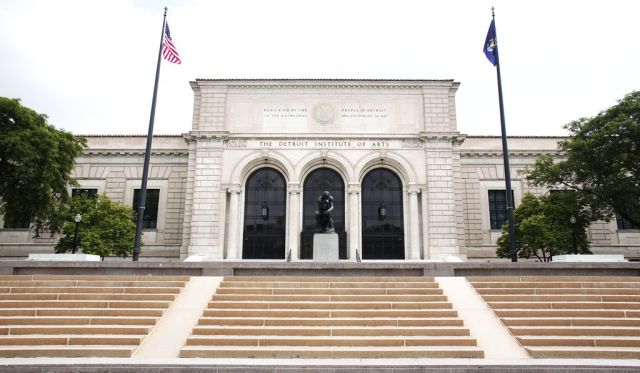 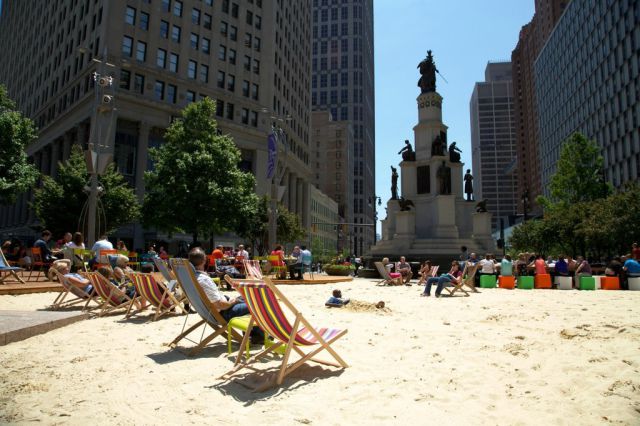 Another one of the gems of the city is Campus Martius, at the heart of downtown and the "hub" for all our crazy hub-and-spoke streets. 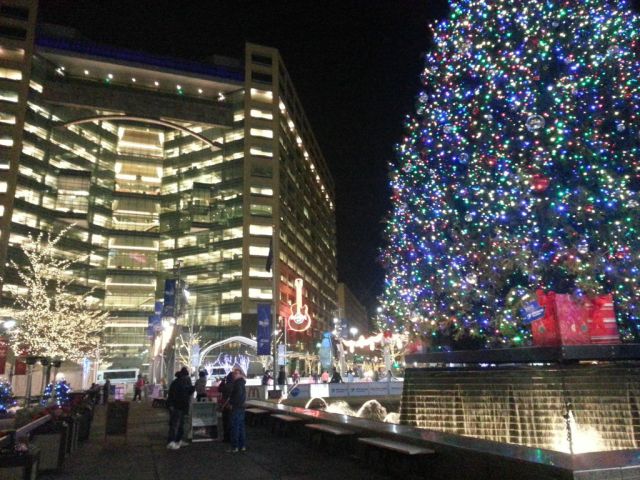 This is the lit tree that sits above the fountain at the same park, looking NE.

The Spirit of Detroit 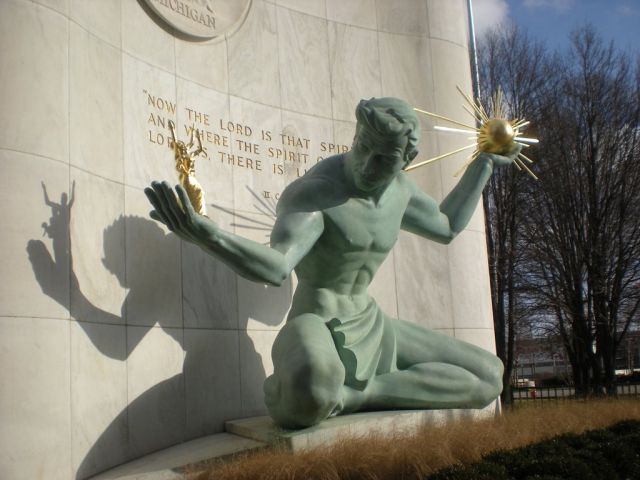 Heading south of Campus Martius, you will see the Spirit of Detroit. It was added in the late 50's by an artist called Fredericks.
9 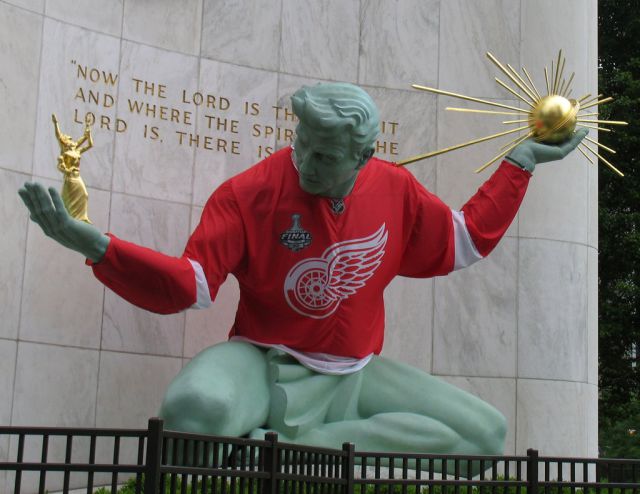 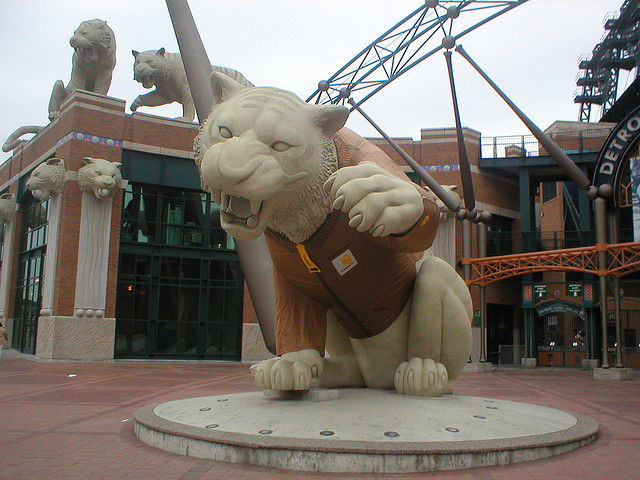 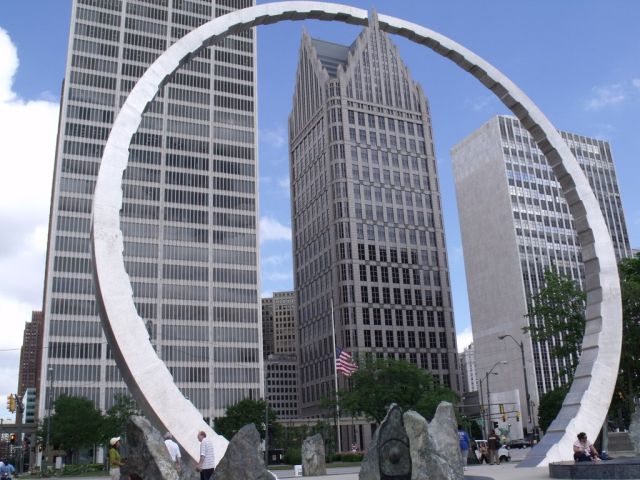 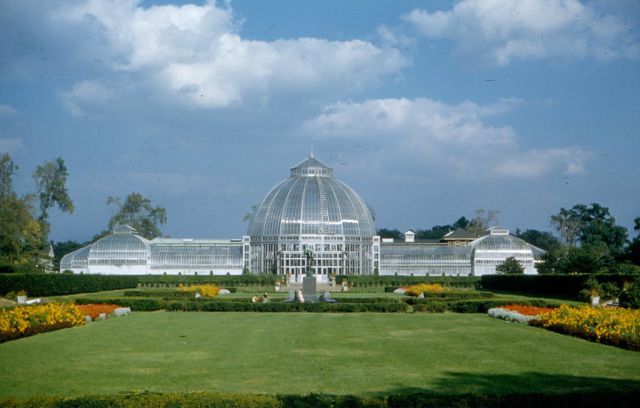 Another of Detroit's great parks is Belle Isle. Here is one of the many places on the island, the Conservatory. It originated during WW2, when the Queen of England sent a collection of rare and unique orchids to the US for safekeeping from the German air raids. 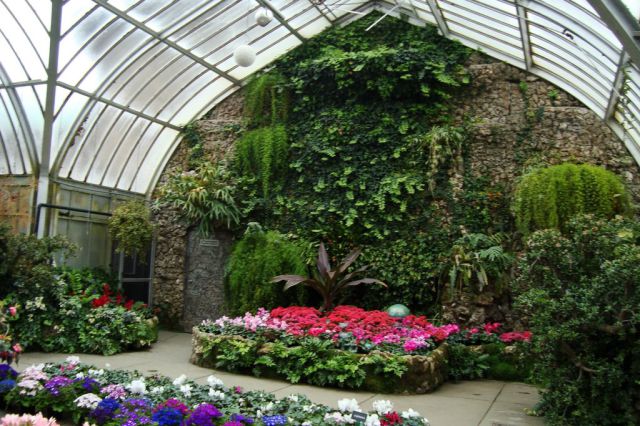 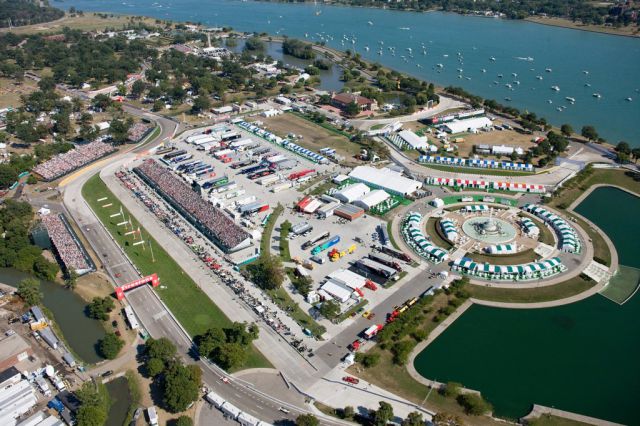 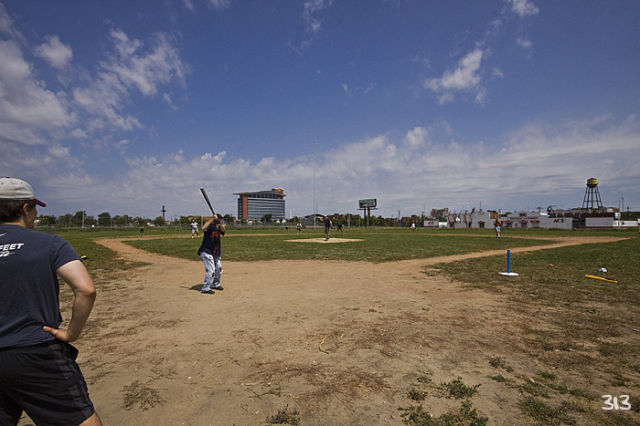 After old Tiger's Stadium was demo'd, it was rescued by a local group of Corktowners who maintained the landkeeping, maintenance, and improvements on the grounds. Pickup games are held on the weekends, and the local little league practices on the field. 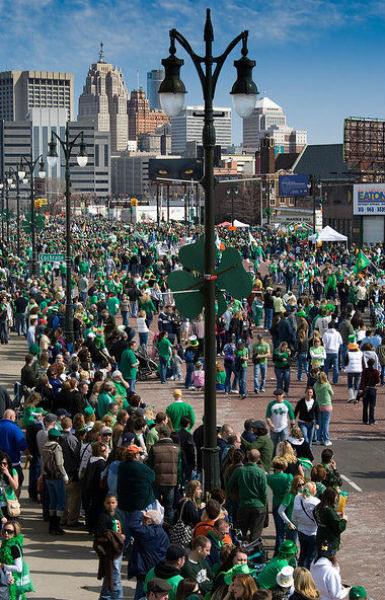 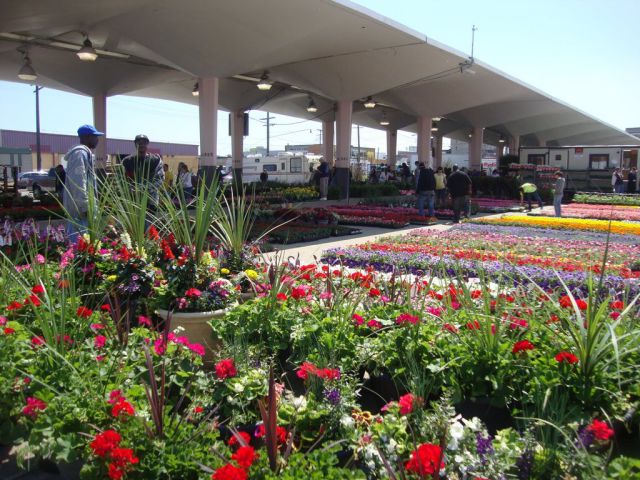 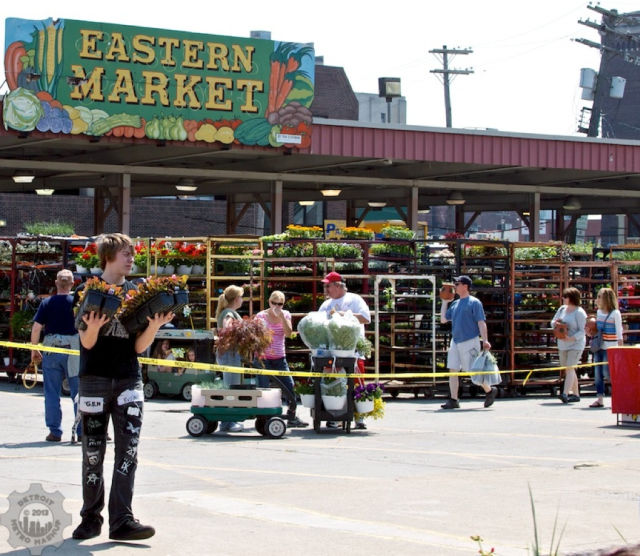 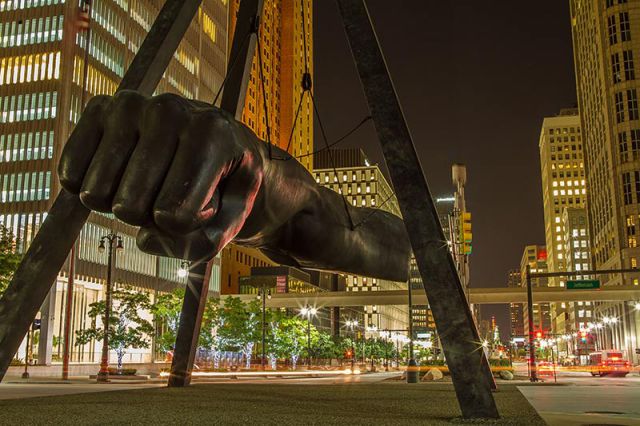 Because of his efforts to fight Jim Crow laws, and his monumental status as one of the first black sports heroes in America, Joe Louis received the honor of this monument to his impact in and out of the boxing ring. 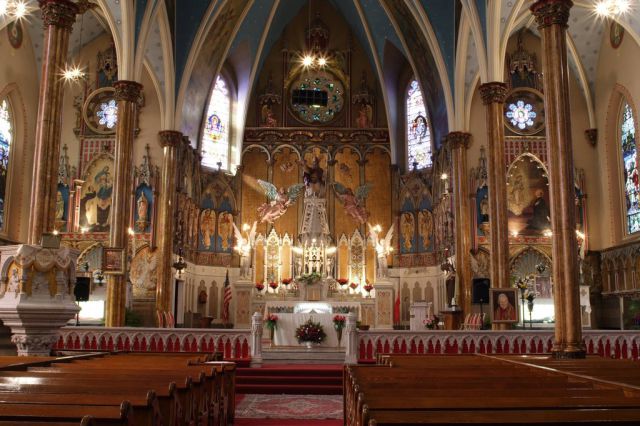 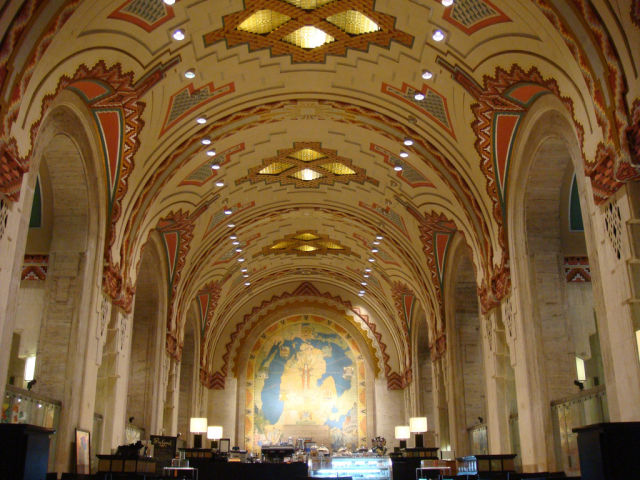 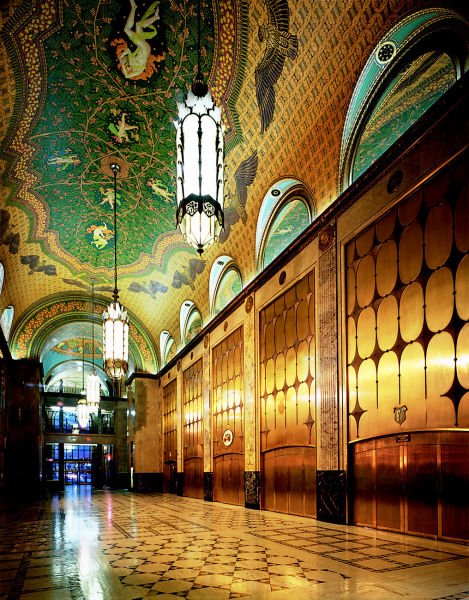 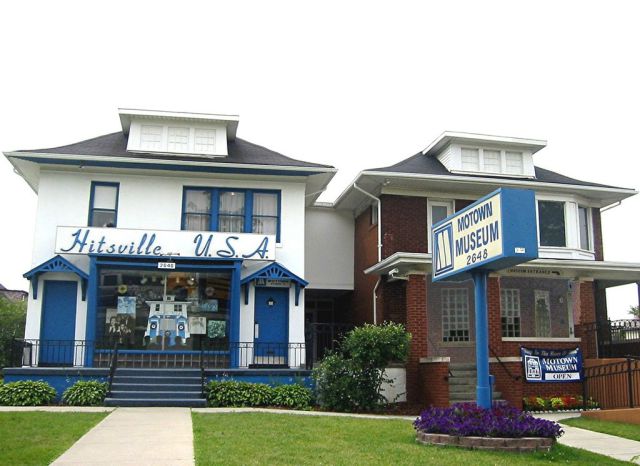 Located on W. Grand Boulevard, the Motown Museum is a testament to Detroit's creativity. 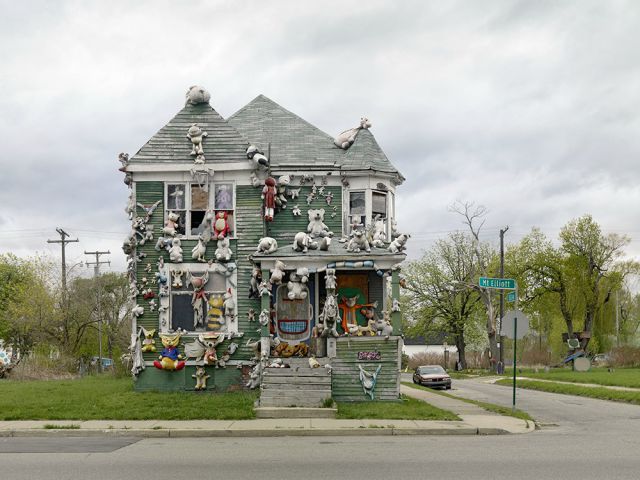 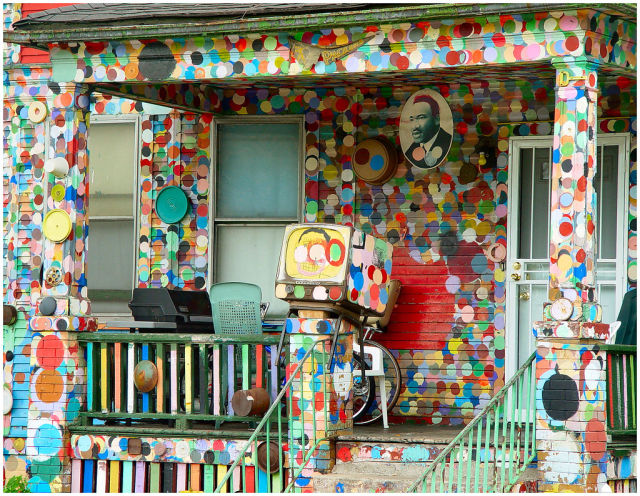 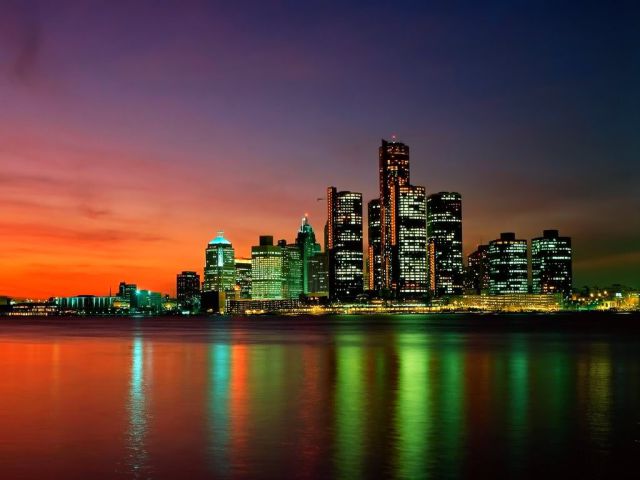 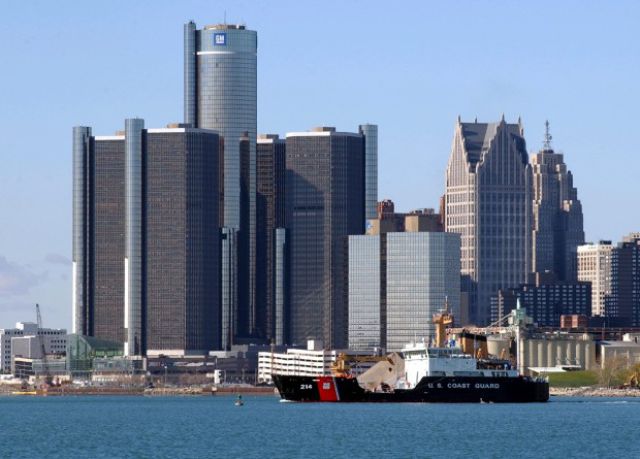 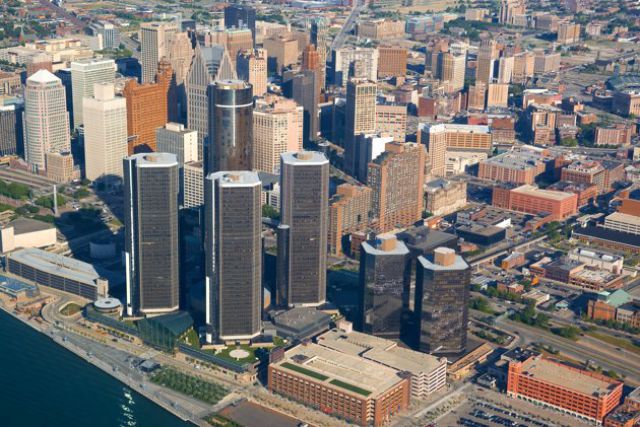 Mr. Ree 6 year s ago
Visiting Detroit is like visiting Somalia except Detroit has more niggers.

marvin.vanloon 6 year s ago
If you know anything about Detroit, it has some bad areas; where poverty and politics have destroyed - and many many good areas. I work daily throughout the city, the people and places can be genuinely good. If you don't act like you have a problem with people, you can be just about anywhere - so the Somalia comment is unnecessary.
Reply
3

Mr. Ree 6 year s ago
Really? look at the crime levels of Detroit over the past two decades and compare that with the demographics of the population.
More blacks = higher crime rates (especially violent crime).
BTW, This is true of just about any city in the USA.

HennieB 6 year s ago
This is true for every part of the world where there a more niggers than whites. They fuck everything up.
Reply
-2

pitterpat 6 year s ago
lol By all means Mr. Ree, teach us all about the socioeconomics per capita of "any city in the USA" in the past twenty years! Be sure to include all your data aside from your referencing "niggers, nee-groes, or hmmm, lets see, the other fifty derogatory demographic adjectives you're so famous for. I'm sure I'll have at least 100 more reasons to counter your ignorance due to their downfalls. You blame Race. I blame Unions, Welfare dependent Government, Lazy Immigration policies... you know, the REAL issues draining U.S. city, state and federal accounts the hard working taxpayers are funding.

By the way? Detroit's downfall had nothing to do with their minority population. It had instead, everything to do with the automotive industry and General Motors Unions. Once GM left? So did the money. Once all that corrupt Union money was gone? So was their local and state lobby honey-money. What's left isn't the fault of race. It's the fault of greed. And not from any corporation, mind you. Rather, from Americans from all races who chose their own private pocket over progress.

(Don't you just love the irony here of that ignorant Union ideology? They fight for fairness for workers by biting the corporation that's feeding them only to kill the corporation due to their own Unions greed and pocketing kick-back money too from the -cough *underworld* cough- . Tell me who's corrupt here? lol It would be funny were it not so sad.)

GM wanted to stay in Detroit, their Union wanted too much. It was more lucrative to out-source than continue to pay under the table to corrupt politicians kick backs, pay Union heads hush funds and pay Union workers wages they didn't earn nor produce. So GM packed up and moved out. Detroit went more downhill from there since all the real dregs of society followed the money with their Unions elsewhere. But whoa!! They couldn't get jobs elsewhere! DUH! Because they proved with their production record that they couldn't qualify for jobs in a demanding market! lol Got love Karma.

Welcome to the new U.S.A. Mr. Ree. If you blame a race of people, you're the problem with America. Why? Because it's easier for simple minded people like you to blame one thing instead of really knowing what's wrong and helping to correct it. You can't handle understanding what's wrong and have no idea why, so you choose ignorant and insulting commentary.

oddbal 6 year s ago
I thought China bought Detroit when they filed for bankruptcy.
Reply