The Slumdogs of a New York City Gone By (27 pics)

Three young street children huddle together over a grate for warmth in an alleyway off Mulberry Street, Manhattan 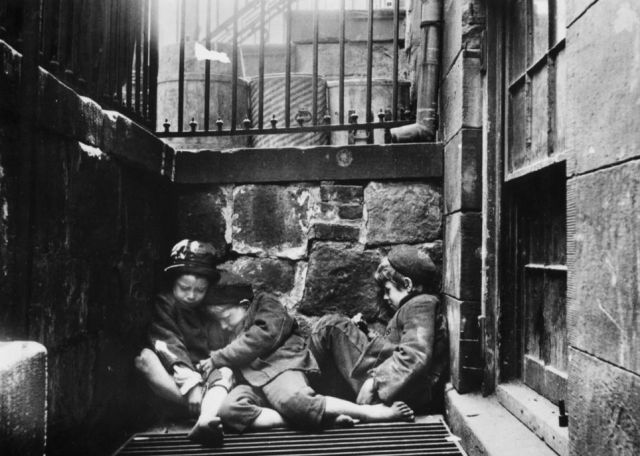 A young girl, holding a baby, sits in a doorway next to a garbage can. Riis was a great reformer and his work helped to draw attention to the plight of the deprived 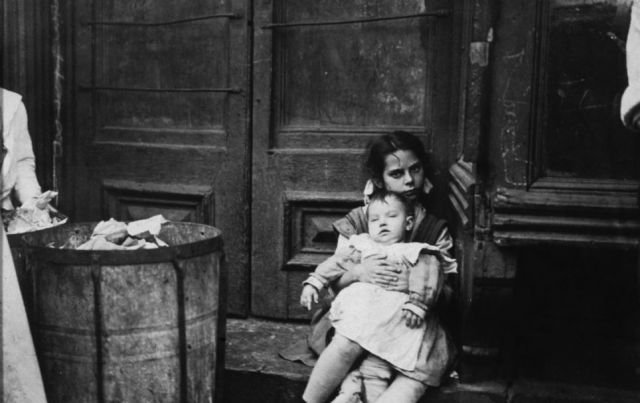 In an astonishingly atmospheric image taken in 1887, a group of men loiter in an alley known as 'Bandit's Roost' off Mulberry Street The sight of Italian immigrant families in New York on Jersey Street, living in shacks could be a scene from the developing world today 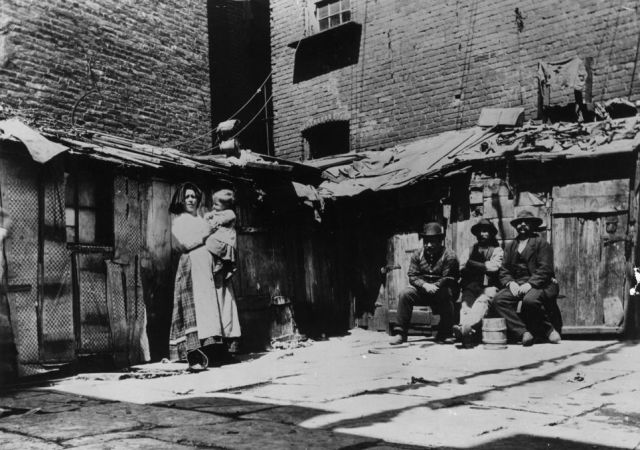 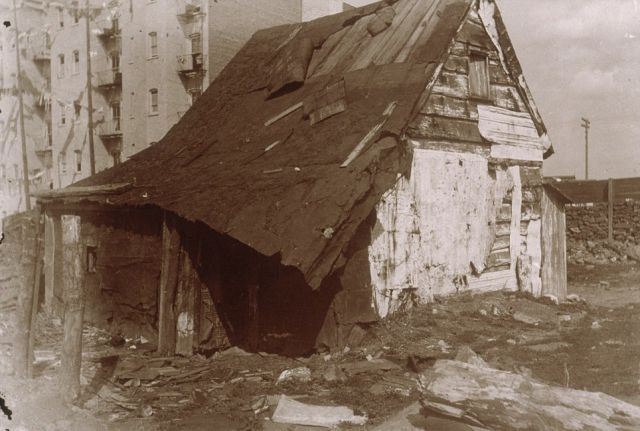 View of a back-lot house on Bleecker Street between Mercer and Greene Streets, almost toppling into an excavation site 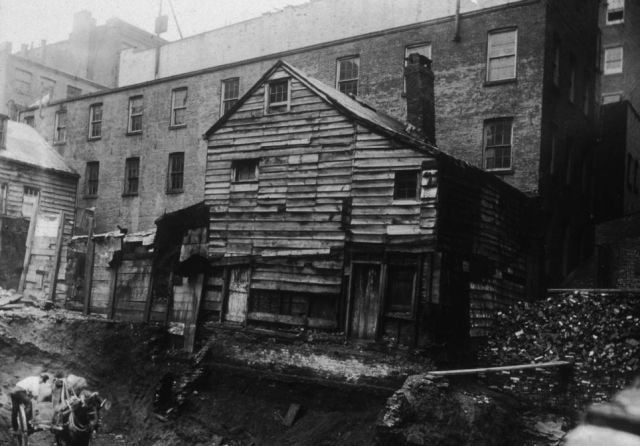 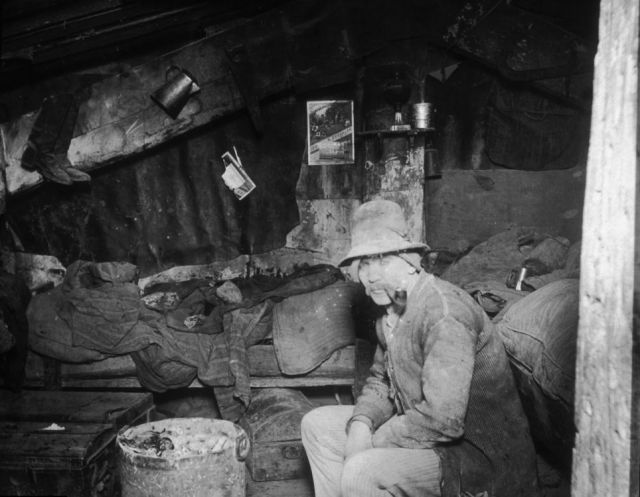 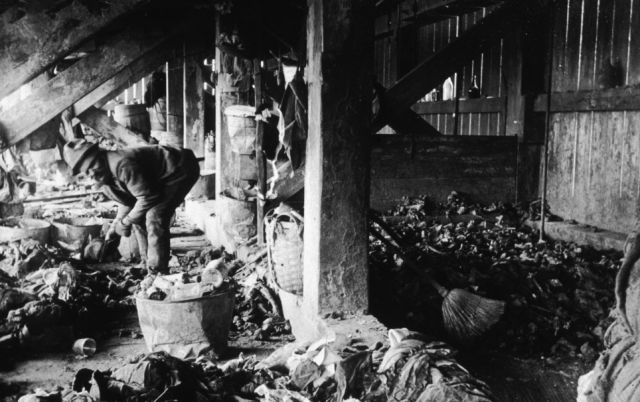 In a picture taken in 1890 a Bohemian family of four roll cigars at home in their tenement. Working from six in the morning till nine at night, they earn $3.75 for a thousand cigars, and between them could turn out three thousand cigars a week 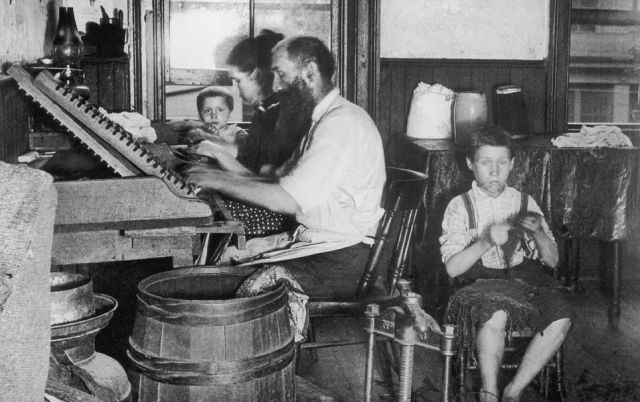 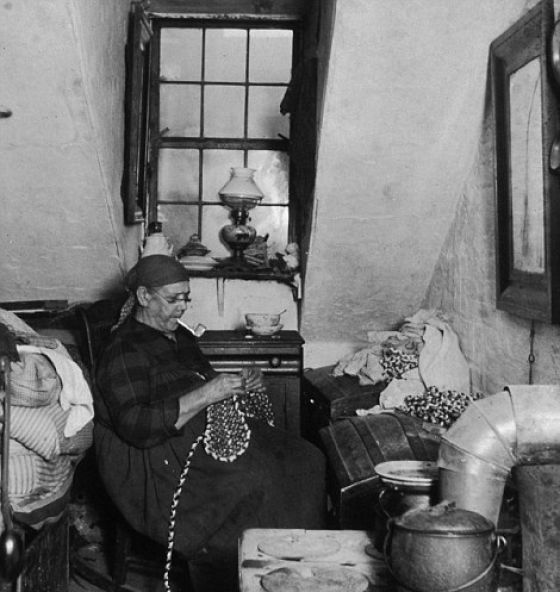 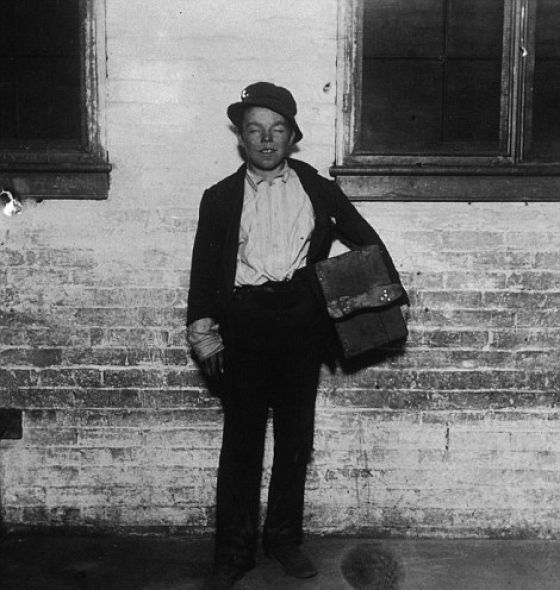 A Native American, Mountain Eagle, and his family make handicrafts while one son plays violin in their tenement at 6 Beach Street in this image taken in 1895 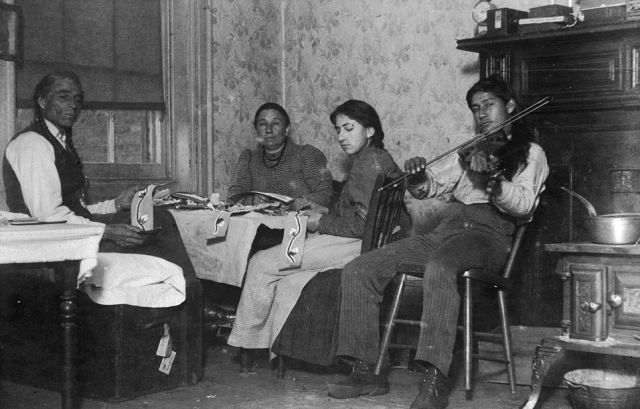 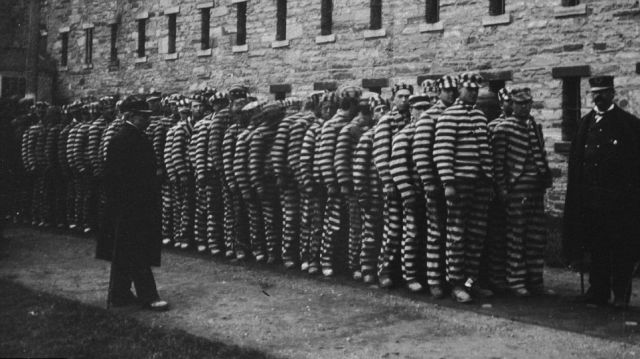 A shrine in 'Bandits Roost', between Mulberry Street and Mulberry Bend, Little Italy, during the feast of Saint Rocco on the 23rd May, 1895 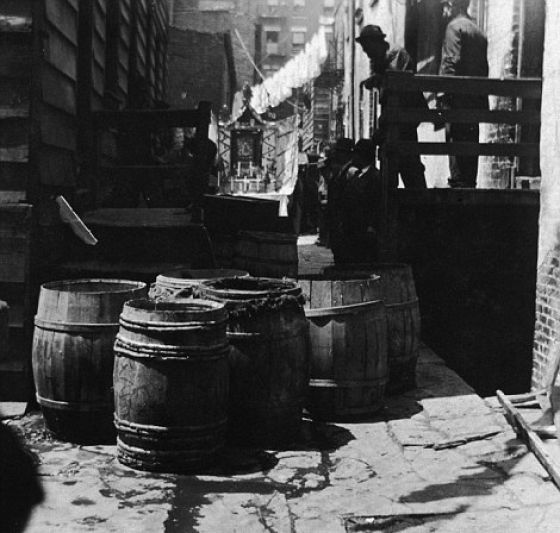 A real mulberry tree behind an early building, presumably the original dwelling in the area of Mulberry Bend 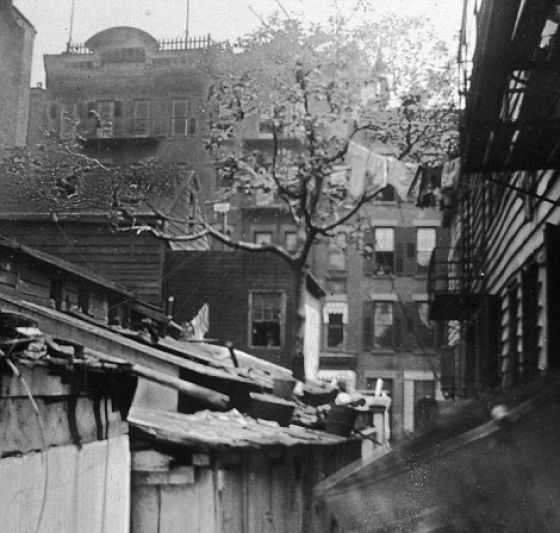 One girl laughs with delight at having her photo taken as street children get the chance to read at a library at 48 Henry Street, New York City in 1900 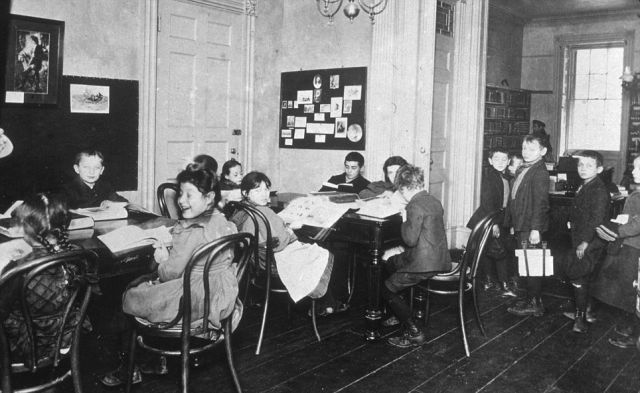 Children play with barrels under the washing hung between tenements in Gotham Court, Cherry Street around 1890 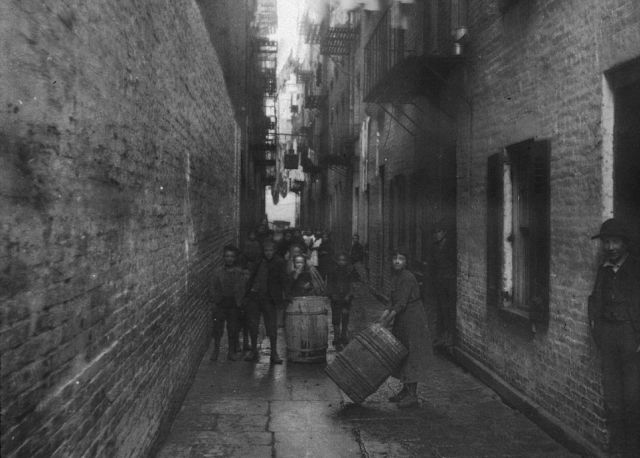 Teachers show primary school children how to plant seeds in a plot of land in New York. This picture was taken in about 1900 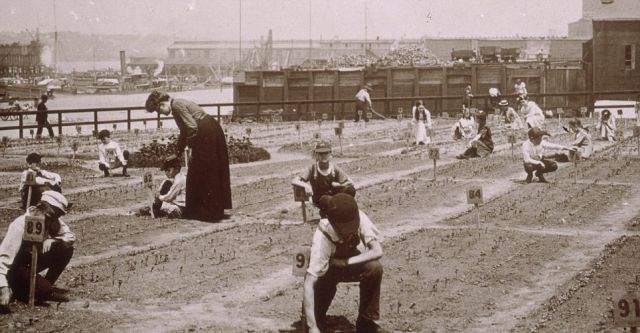 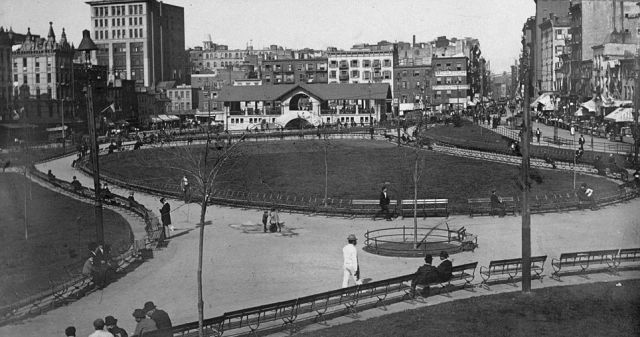 A group portrait of a football team posing in front of a fence at the West Side Playground, 68th Street, in 1895 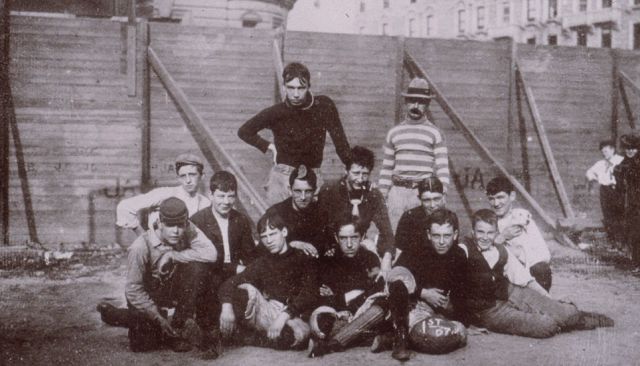 A grocery shop and post office on Mulberry Street in Little Italy, around 1890 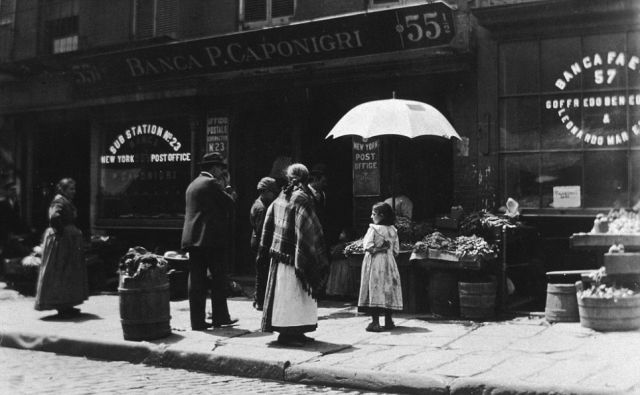 Warmly wrapped up children play in front of Dewitt Church, 280 Rivington Street, in 1890 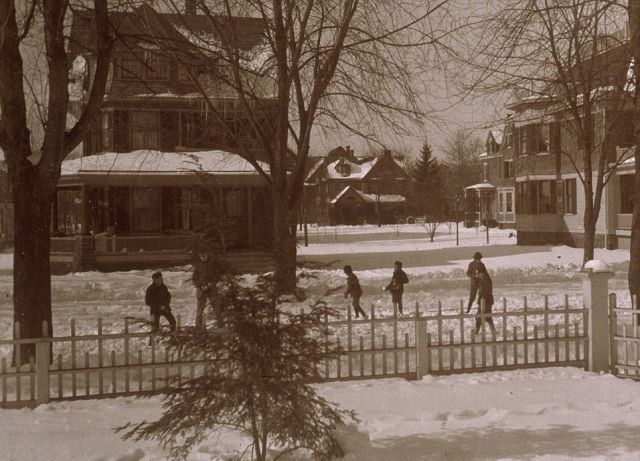 Riis also captured the city at leisure. Three girls jump rope while a group of children and adults form a semicircle around them on the rooftop playground of the Hebrew Institute 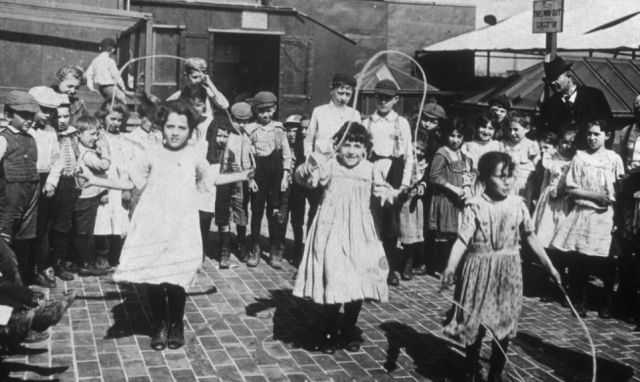 Children swim under the supervision of adults at Public Bath #10, at the Hudson River 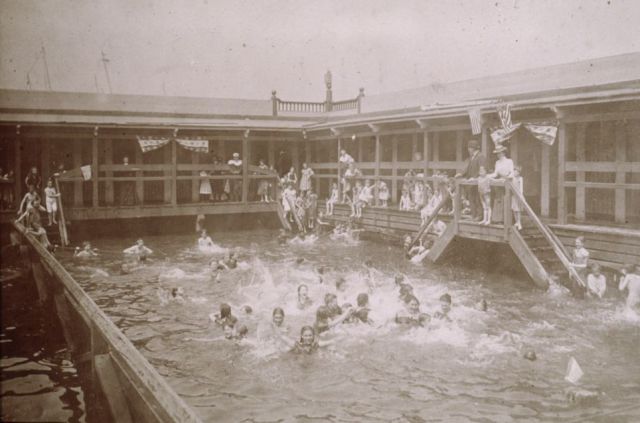 Schoolboys play with a ball on the rooftop playground Children of Mott Street Industrial School, New York, salute the Stars and Stripes, and repeat the Oath of Allegiance 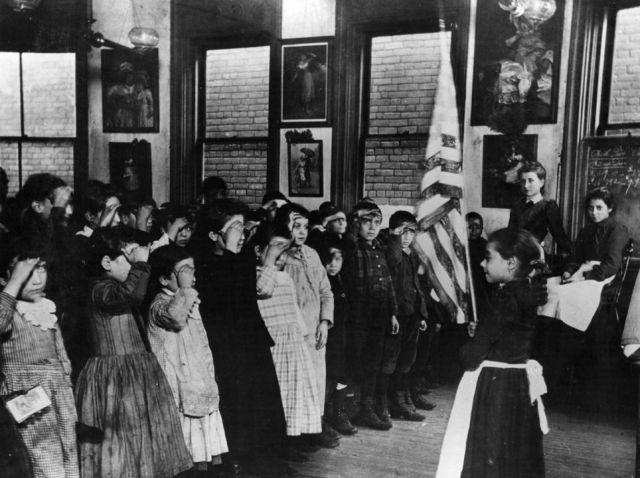 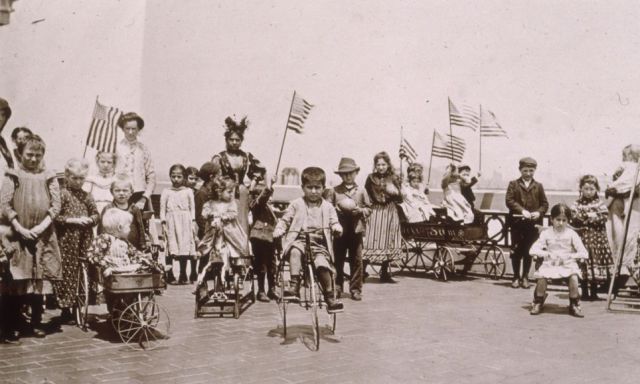