Wealthy people can try just about everything there is to do in the world and these are some of the best and most expensive activities ever. If you’re lucky you may get to try one of these in your lifetime too.

Sublimotion, a restaurant that challenges the senses.

Located in Ibiza's Hard Rock Hotel, Sublimotion is part restaurant and part theatrical performance. It also comes with a per-person bill of about $2,015. Diners are seated at a communal table in a long, windowless room, where walls serve as canvases for projected scenery and artwork. The temperature, humidity, lighting, music, and ambient sounds are all altered with each dish of the 20-course meal. This is done so that each plate is its own, multisensory experience, as described by a Daily Mail reporter. The chef behind this is Paco Roncero, who has another restaurant in the same hotel with food you can afford, but less nitrogen tanks. 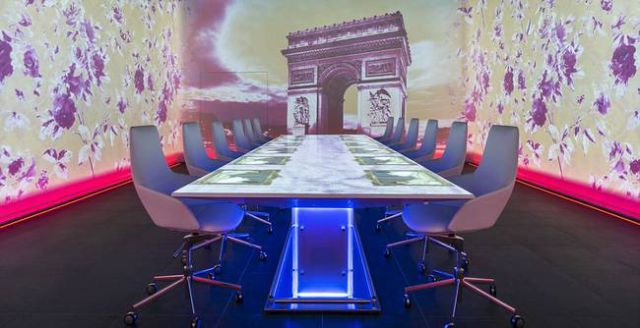 You know you're rich not only when you can drop a million pounds on a vacation, but when you can take two years off to do it.

VeryFirstTo.com is a site offering luxury goods and experiences, but this £1 million vacation package was a far shot even for them. Surprisingly, the trip has at least two takers as of now: a student from China and a businessman from Italy. The trip includes stops in more than 150 countries and takes two years to complete. We'll see if this vacation plan gains traction among the elite. 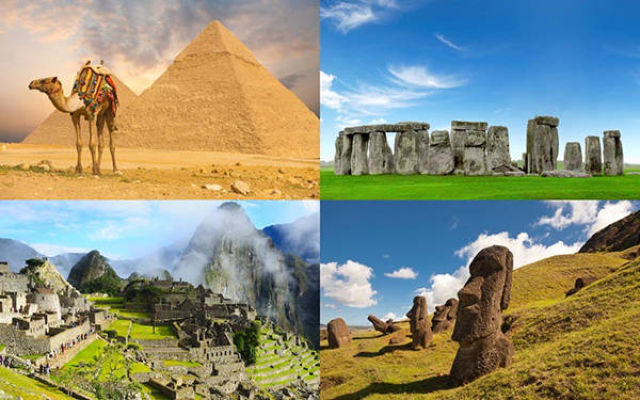 The most expensive hotel room in the world.

The Royal Penthouse Suite also comes with bulletproof glass and a private elevator, because you know how jel some people can get.

The Royal Penthouse Suite at the Hotel President Wilson in Geneva costs $83,200 per night. Yes, per night. The suite comes with 12 bedrooms, each with their own marble bathroom. It also has a private staff on hand consisting of a chef, butler, and personal assistant. It features got a wraparound terrace overlooking the Alps, a full entertainment system, billiards table, and private gym. 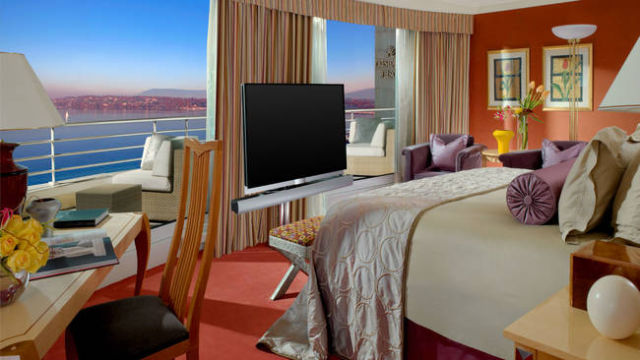 The most expensive bottle of wine.

The 12-liter bottle comes in its own oak case.

A wine shop in Dubai is selling three Balthazars (12-liter bottles) of Château Margaux 2009 for $195,000 apiece. The Le Clos wine shop, located in Dubai's International Airport, is selling three of the only six ever produced. Not only do you get the wine, you also get flown to France (first class, of course) to visit the vineyard for a private tour of the grounds and cellars. You also get a dinner hosted by the chief winemaker of Château Margaux. 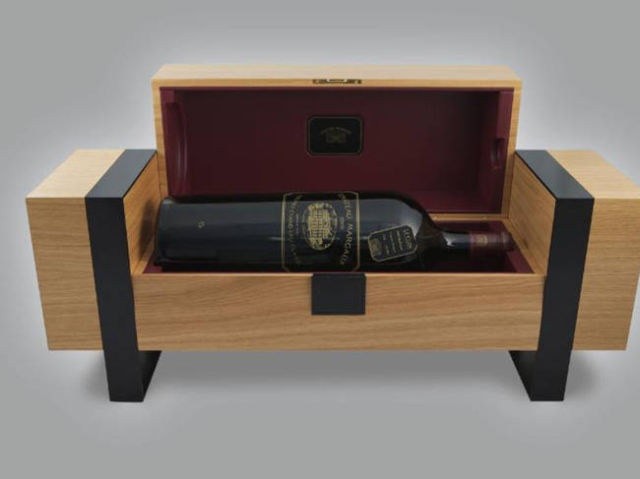 Perfect for a modest get-together.

Laucala Island in Fiji is an uninhabited island available for private parties. For $150,000 per night (with a minimum of five nights), up to 72 people can enjoy an island's worth of amenities, including a variety of sports, activities, classes, and dining options. Each guest also gets 90 minutes of complimentary spa treatments. The resort was developed by Red Bull magnate Dietrich Mateschitz, who describes it as "paradise on Earth." He's probably right, but we'll probably never get a chance to find out. 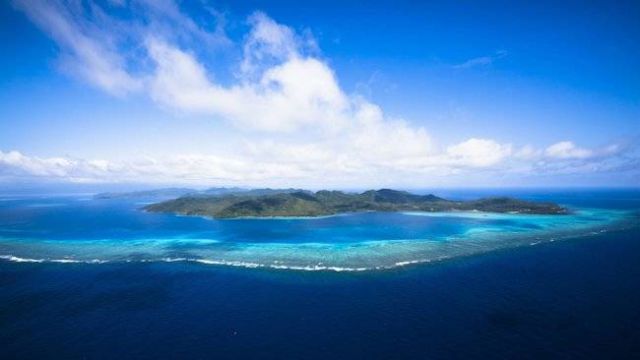 The credit card that's more expensive than most people's purchases.

The Centurion card is made from anodized titanium. Because why not.

The American Express Centurion card is the most exclusive card out there. It is so exclusive  that you have to be invited to get one. Requirements include $16.3 million in assets and $1.3 million in household income. You also have to be able to pay the card's $2,500 annual fee and $7,500 initial fee. If you already have the resources for all this, then you can use the card to buy pretty much everything. The biggest purchase made with this card on record was a $52 million private jet. 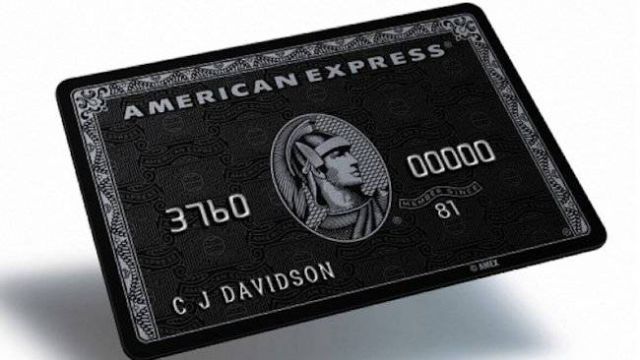 A ticket aboard this luxury plane costs $23,077, and is more like a five-star hotel than a plane. The luxury starts before you even board the plane, writes reporter David Low, who cashed in a ton of frequent flyer miles. When you first arrive, you are led to a private waiting room serving a variety of delicacies and a bellhop to carry your luggage. On the plane, passengers get a private suite with a full bed, cabinets, and a complimentary glass of Dom Perignon. More food is available on the flight, and Bose headphones and Ferragamo toiletries are offered as gifts. If more airlines would take cues from this, maybe more travelers would put up with the obnoxious ordeal of airport security. 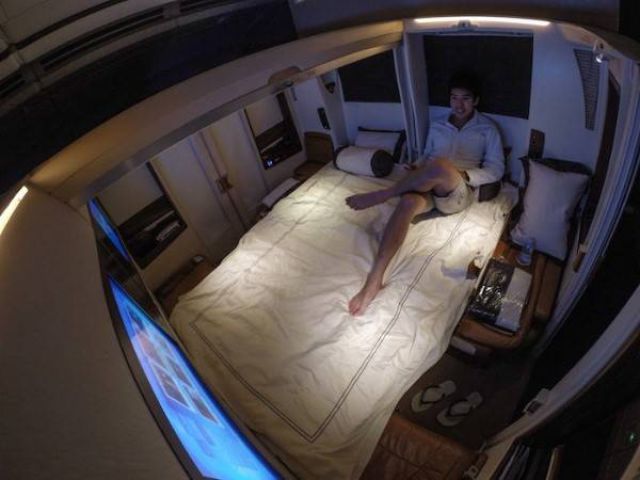 Besides being expensive, being encrusted in diamonds also limits motion and probably gets really heavy.

Anyone with tattoos can tell you that high quality work is not cheap, but this takes it to another level. This also isn't permanent (which is a good thing, actually). For a promotion of their products, South African diamond company Shimansky adhered 612 diamonds to model Minki van der Westhuizen. The cost of the diamonds was estimated to be $924,000, and made motion difficult for Minki. The promotion was successful, though, and Shimansky plans to do more promotions like this in the future. 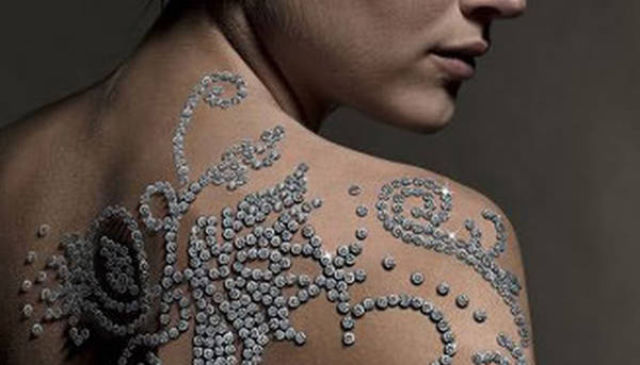 The most expensive apartment in the world.

If you need to be refreshed, just take the water slide from the dance floor to the infinity pool.

It's still under construction, but when it's complete, Monaco's Odeon Tower will boast the most expensive home in the world: the Sky Penthouse, costing $400 million. That's nearly twice the current record-holder for the most expensive penthouse, London's One Hyde Park, which sold for $223 million. The penthouse features five levels, each with its own kitchen, and a dance floor on the top level that connects (via water slide) to the infinity pool down on the terrace. Parking is extra at $330,000, more than the average U.S. home sells for. This floating hotel visits 49 ports in 115 days, and circumnavigates the globe.

The World Cruise by Silversea leaves Los Angeles and hits 49 ports in its 115-day, around-the-world voyage. Its final stop is in Ft. Lauderdale, FL, and guests stay aboard the ship in spacious suites that include balconies and a dining area. The cost of the whole trip is $346,500.

The fact that these things are even out there might confuse you a bit. After all, couldn't this much money be spent on something, well, useful? Like helping the impoverished, or cleaning up...wait, an infinity pool? 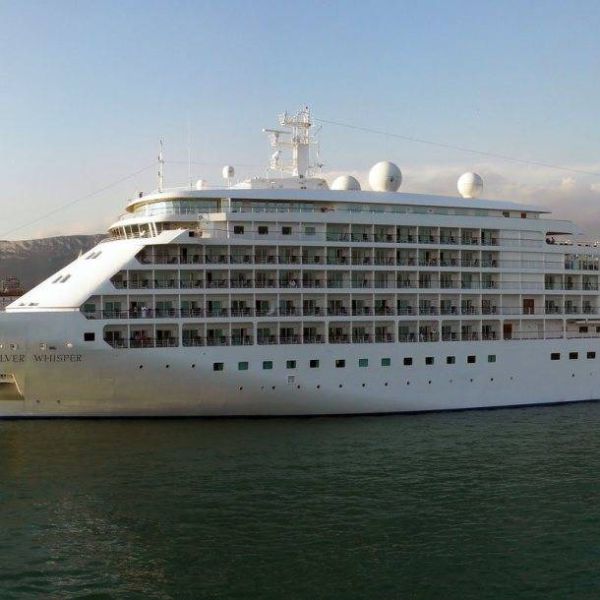