Remember when Maude Flanders died via a volley from a t-shirt cannon brigade? Maggie Roswell, the voice actress for Maude, got into a payment dispute with the show — she lived out of state and had to pay for her own flight to LA and wanted a raise to compensate those expenses. The show found it cheaper to just kill her off. 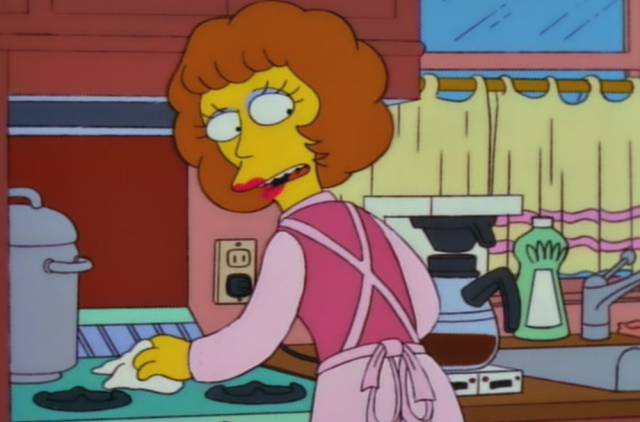 On Cheers, Carla’s husband Eddy was written off because of some rude comments that the actor made. He had a national radio show at the time and made some jokes about Rhea Perlman’s looks and getting “combat pay” for kissing her. Perlman wanted him off the show, the show runners agreed and had him killed off by a zamboni. 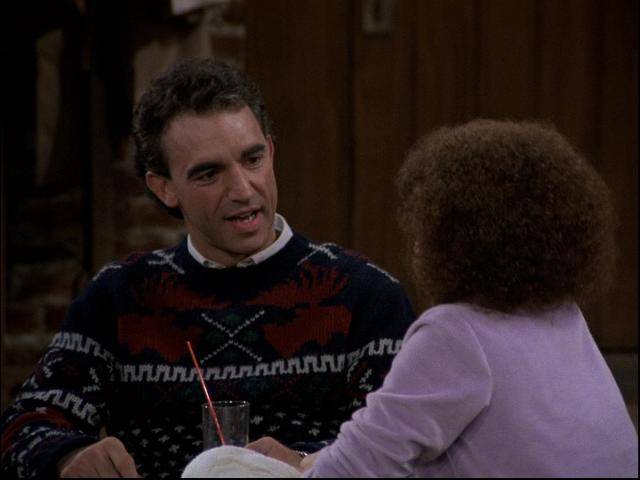 Billy the Blue Ranger (David Yost) wasn’t fired from The Power Rangers, but he randomly walked off the set during his lunch break one day and never came back. 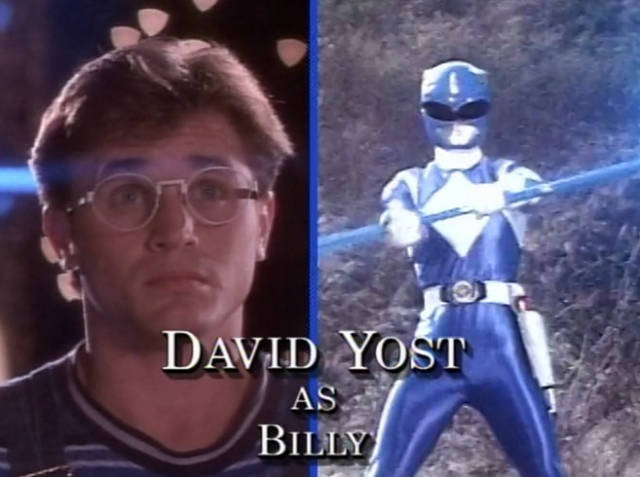 They told us Steve from Blues Clues left to go to college. He really left because the actor was going bald. (He also had some musical interests he wanted to explore, but the actor said, “Mostly because I refused to lose my hair on a kid’s TV show, and it was happening fast.”) 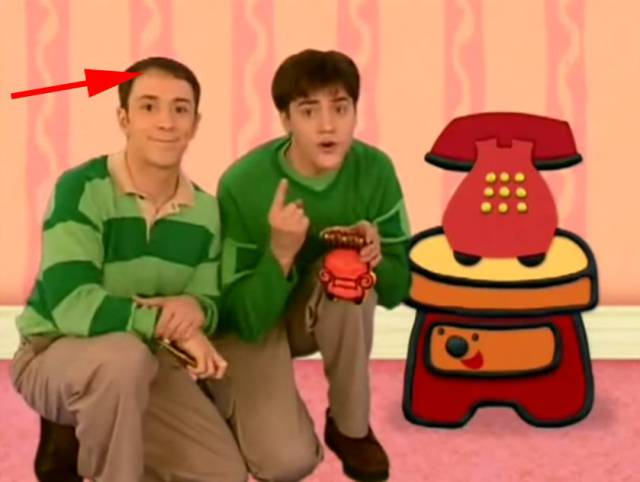 William Hartnell left Doctor Who because he had arteriosclerosis and his health was declining to the point where he couldn’t keep up with a TV acting schedule. The producers came up with the idea that the Doctor could regenerate into a new body, because the show was doing well and they wanted to keep it going. Hartnell was apparently the one who suggested Patrick Troughton should take over the role. So ultimately Hartnell’s illness inspired the premise gimmick that would make the show (and its hero) effectively immortal. 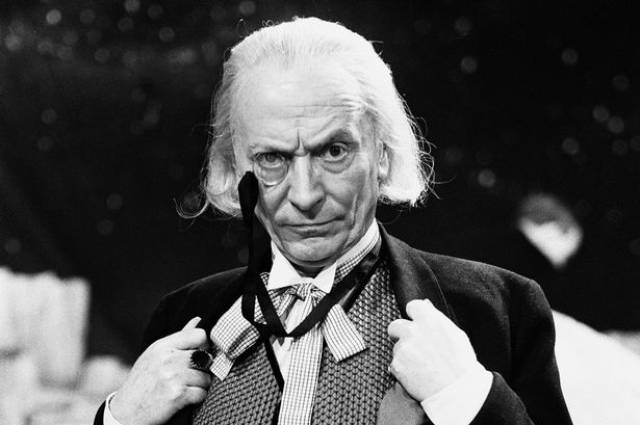 Michael O’Hare, who played Jeffrey Sinclair in Babylon 5, left the show due to suffering from psychological issues (paranoia, hallucinations, etc). They wanted to put the show on hiatus while he sought treatment, but he insisted be written out so the show could go on without him while he got help. The shows creator agreed to keep his condition a secret till after O’Hare’s death (at his request). 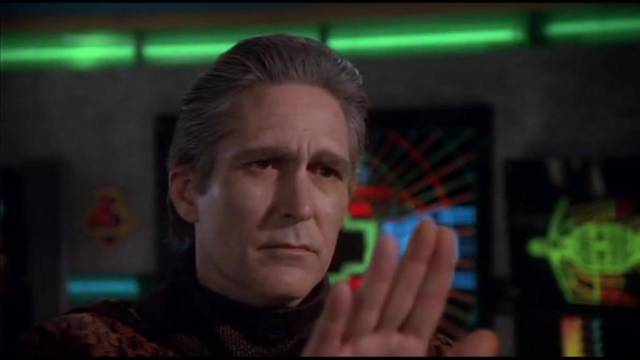 The original owner of the store on Sesame Street was a wonderful, kind old man named Mr Hooper. The actor who played him died, and rather than quietly write him out, Sesame Street had a whole show explaining he died. 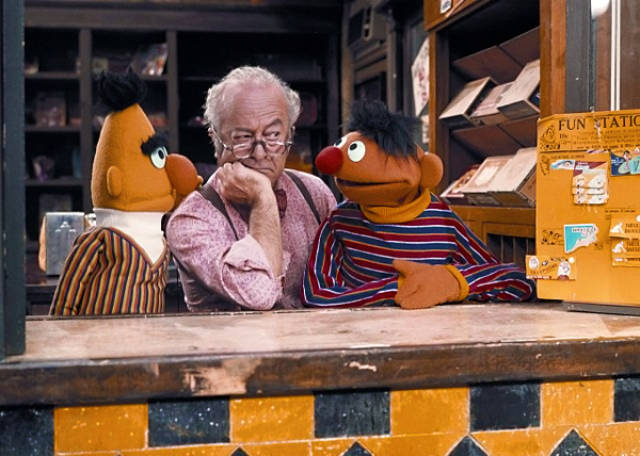 Janet Hubert – The original Aunt Viv in the Fresh Prince of Bel-Air was fired from the show after violating her contract by getting pregnant. She wasn’t written off but she was replaced by Daphene Maxwell Reed in the last 3 seasons. 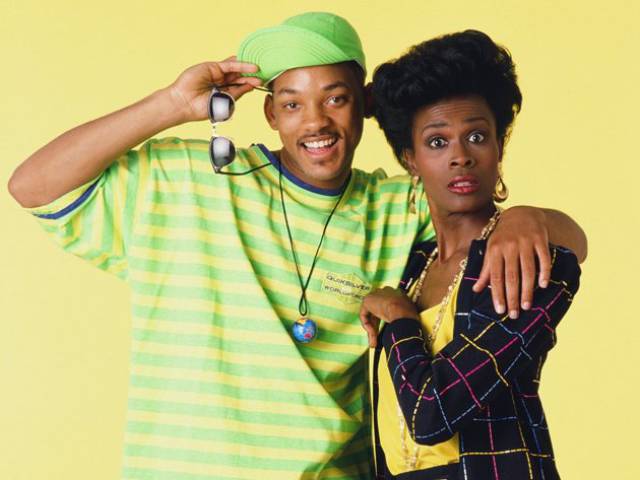 Brenda from Beverly Hills: 90210 was written off the show because Shannen Doherty was being a demanding self-entitled bitch and got fired.

Prue Halliwell was killed in Charmed because Shannen Doherty was fired for being a demanding self-entitled bitch and kept getting into arguments and having hissy fits about Alyssa Milano. You’d think the woman would have learned her lesson at some point. 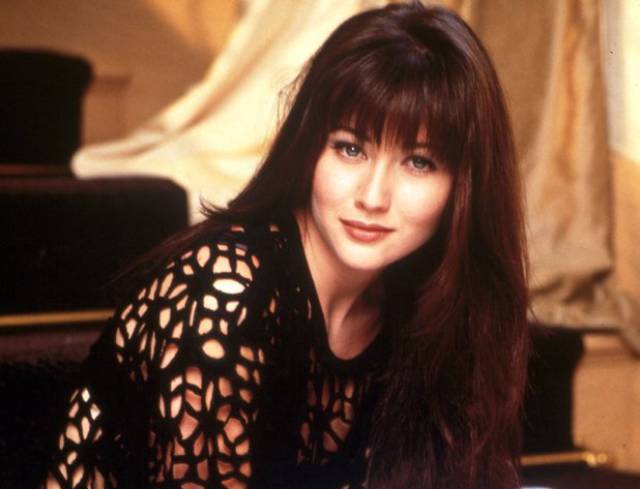 One of the many reasons that Punky Brewster was cancelled is because the star of the show, Soleil Moon Frye suffered from a condition called gigantomastia, literally giant breasts, and had a breast reduction surgery prior to her 16th birthday to reduce her 38DD to a more manageable size. The actress developed so quickly and so large that the producers felt there was no way they could reasonably portray her character age-appropriately. 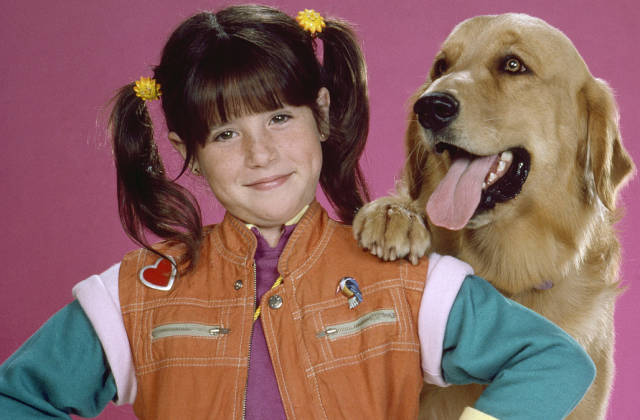 Kyra from the show Reba (Scarlett Pomers) left the show, with the full support of the cast, mid-season in 2005 to get treatment for anorexia. She was 5’2″ and weighs only 73 pounds.

After completing treatment and getting her weight back up and life back together she returned to the show. She walks into the house and someone asks, “Hey, where have you been?” To which she replied, “I went to get something to eat!” 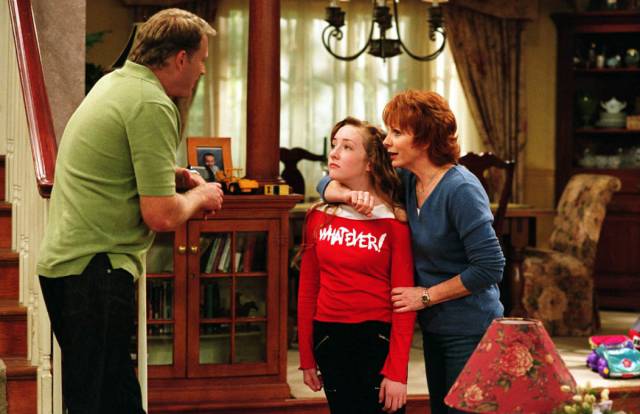 Lisa Bonet was written off of the Cosby Show for ‘creative differences’, but in reality it was because she was in Angel Heart and had done a topless spread in a magazine. It didn’t fit with Cosby’s vision so she was fired. 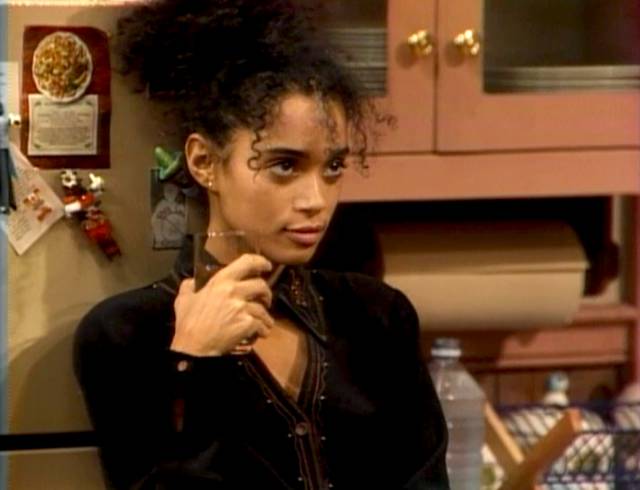 Dominic Monaghan asked to be written out of Lost because he was seeing Evangeline Lily, but she dumped him and he couldn’t stand to work with her anymore. 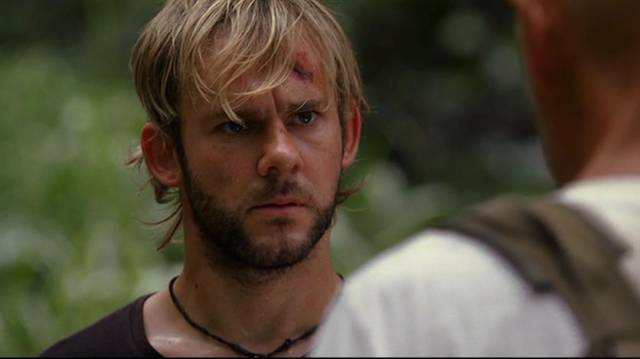 Chef was killed off on South Park because the voice actor Isaac Haye, a Scientologist, had a problem with the fact that Parker and Stone lampooned Scientology in one episode. 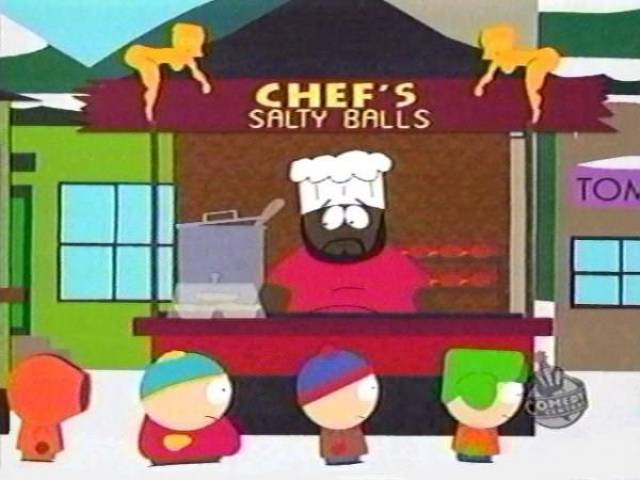 Tommy Chong left “That 70’s Show” because he went to jail for 9 months for selling bongs. In jail he was cell mates with Jordan Belfort (as portrayed by Leo DiCaprio in “Wolf of Wall Street”), and Chong was one of the major influences convincing Jordan to write his book.

Tommy Chong would later reprise his role as Leo on “That 70’s Show” after getting out of jail. 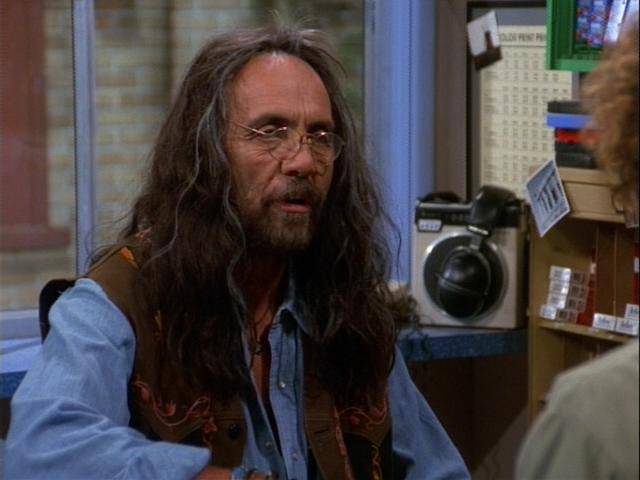 Damon Wayans was allegedly fired from Saturday Night Live during the show (between the open and the goodnights) because, sick of playing underwritten side characters, he came out for a sketch and played his bit part as an extremely effeminate man without any prior indication that he would. 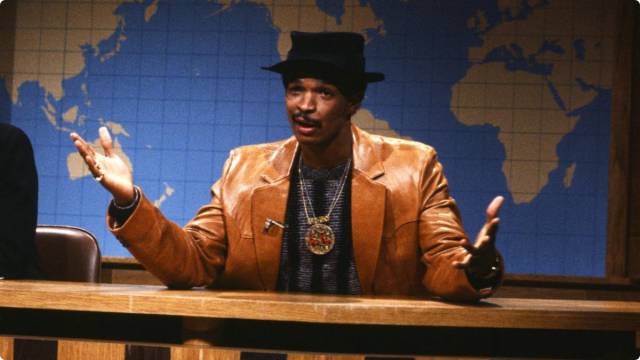 Before long Urkel was such a hit that the show eventually became all about Steve and his wacky adventures. Gone was the down-to-earth show about a typical black family doing typical black family things, and in its place was a show about a man-boy genius creating wacky inventions and traveling through time, cloning himself, and having other crazy adventures. In the end, the woman that played Harriett (the entire reason the show existed, remember) quit because she couldn’t stand what the show had become. 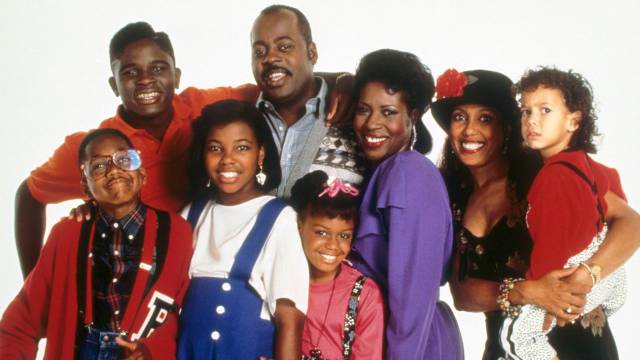 laughinggas 5 year s ago
I have no idea who most of them are.
Reply
-3