What The French Find Odd About The U.S (26 pics)

Waiters asking you if everything is OK all the time.

In France, waiters will usually leave you alone even if you don’t want them to – sometimes you will literally have to scream for help for them to notice you. 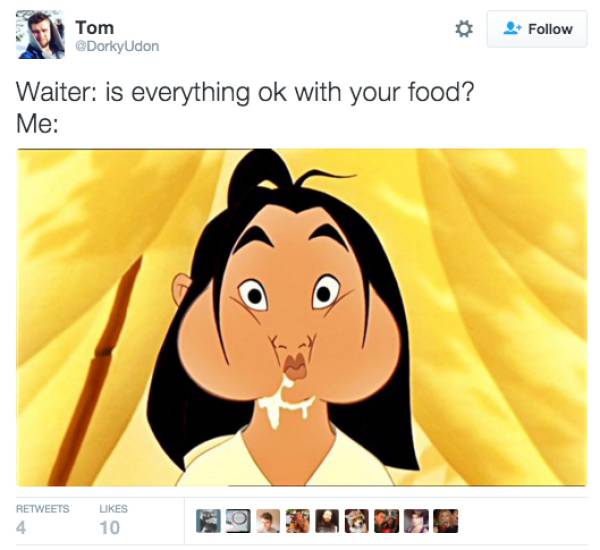 The obsession with icy-cold water.

No matter the season, American restaurants seem set on serving only icy-cold water. My American friends told me that’s because it’s “more refreshing,” but who would want a brain freeze in December?? 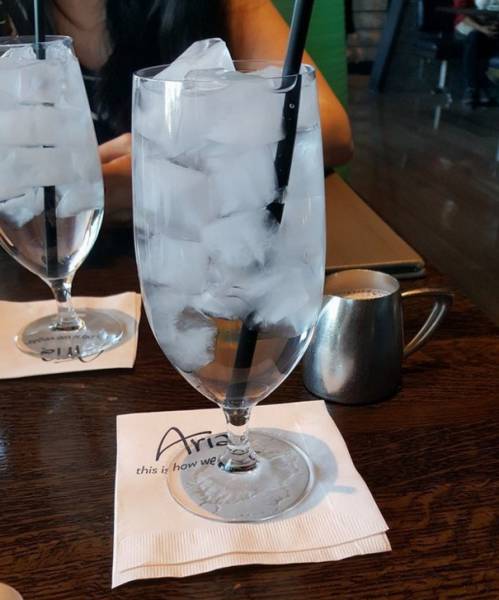 Same thing with the AC.

Why do you guys love the cold so much? And when you go from 90 degrees outside to 20 degrees inside a supermarket in the summer, isn’t it a lil’ bit too much? 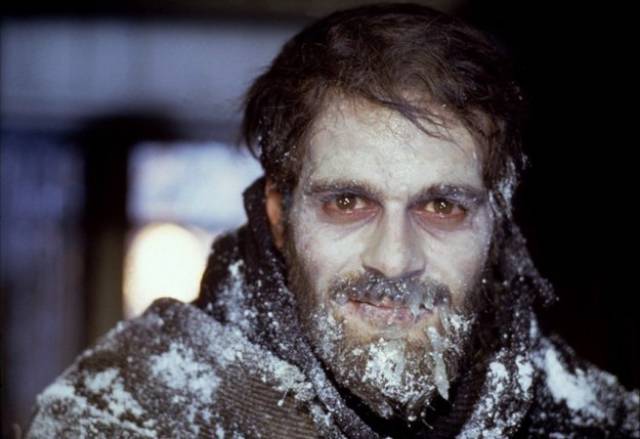 All this math at the end of a meal is just cruel.

The huuuuuuge portions of food at restaurants.

A French family could survive on this pizza for several days. 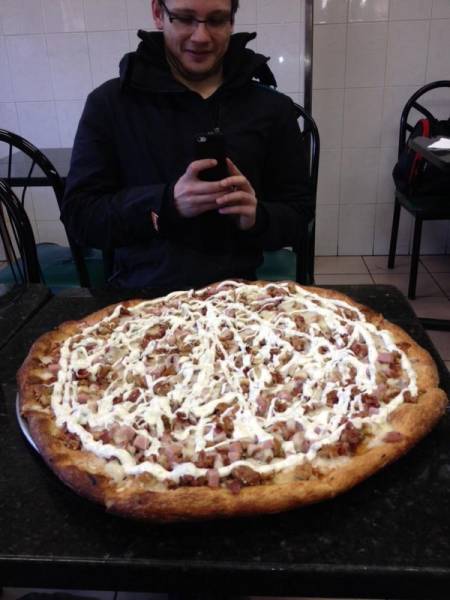 The fact that there are no jugs of water on restaurant tables.

Instead, waiters refill your glass when it’s half-empty. I could really do that myself.

Pharmacies where you can also buy beer, cigarettes, soda, and candies.

I’m not criticizing, but it seems like an odd combination. 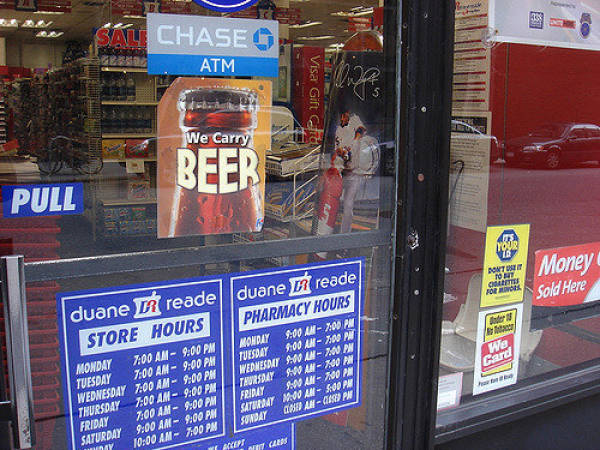 The feeling that the consumer is truly king.

A really refreshing and nice feeling when you come from a country where the consumer is pretty much always in the wrong. Wanna return something you bought in France? It’s probably not gonna happen, and they don’t care if the pants they sold you had a hole at the crotch; you should have looked closer. 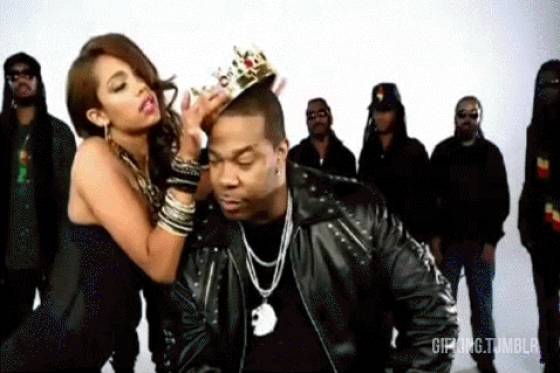 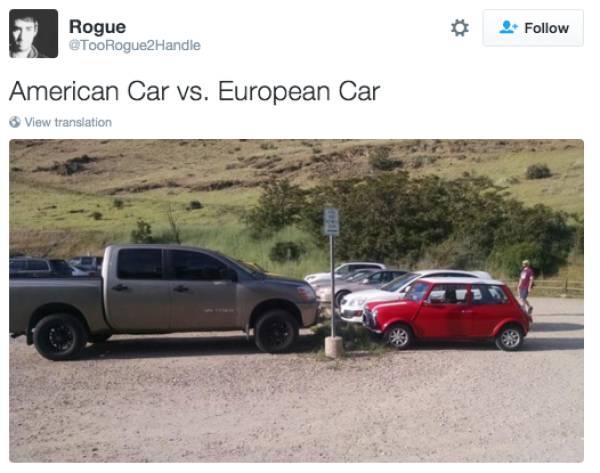 WINE IS MEANT TO BE SAVORED, NOT CHUGGED. 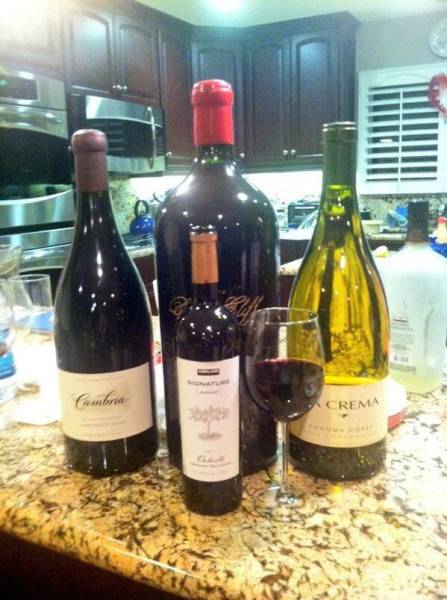 Getting carded when you want to buy beer, even though you’re already past 30.

I couldn’t even tell you what the legal age for drinking is in France and I don’t remember ever getting carded there at any point in my life. 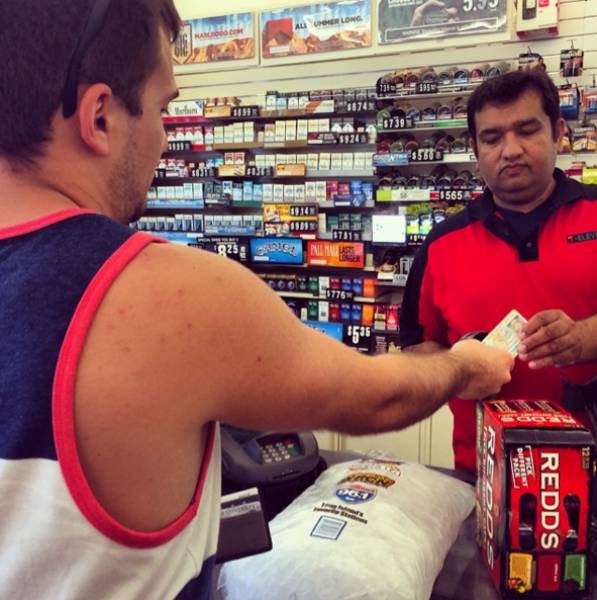 Strangers smiling at you all the time.

That’s actually super nice (albeit slightly scary at first, when you’re not used to it). 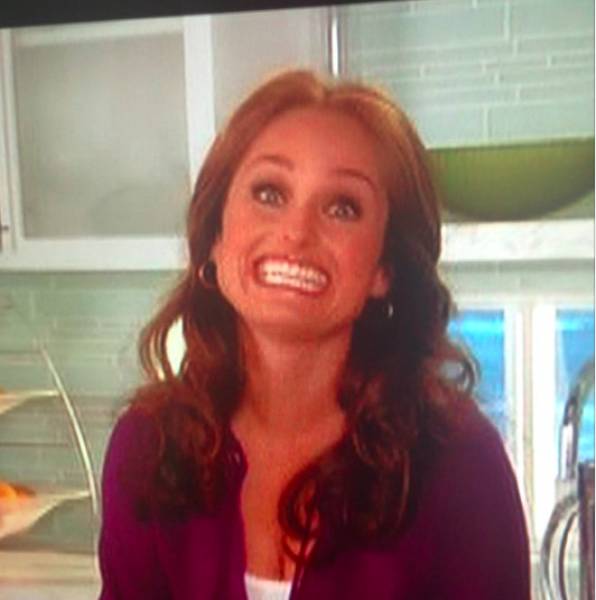 A tradition completely foreign to us, except for what we learned from Hollywood movies. Many French teens are actually pretty jealous about that one. 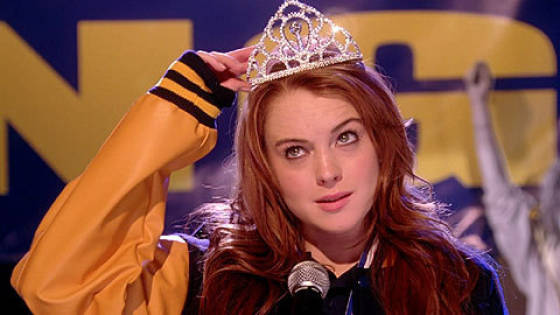 Parisians wouldn’t wear flip-flops and sweatpants to take out their trash.

There is something endearing and remarkable about really not giving any fucks. 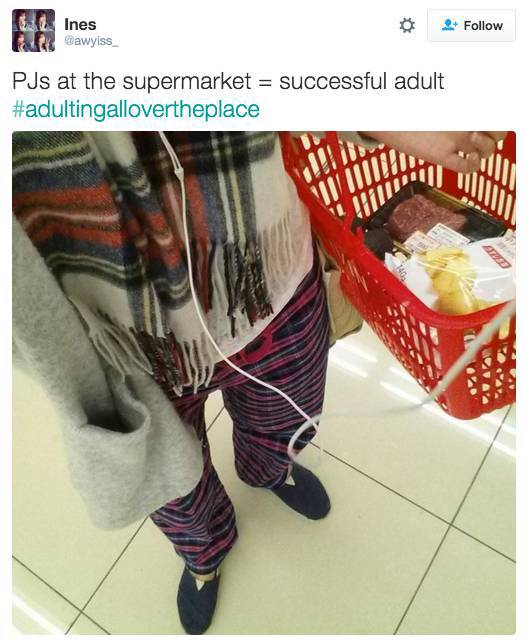 You guys really know how to make use of any excuse to party and get presents. I respect that. 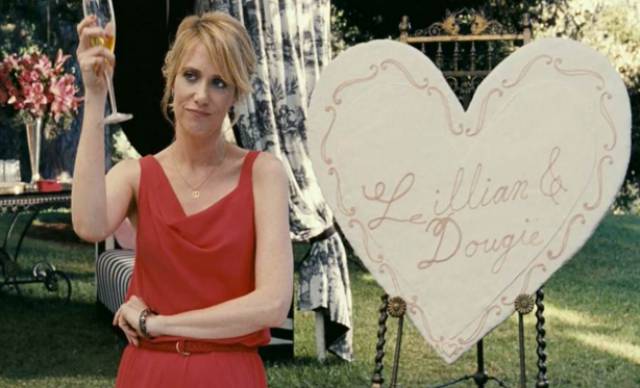 Commercials every five minutes on TV. 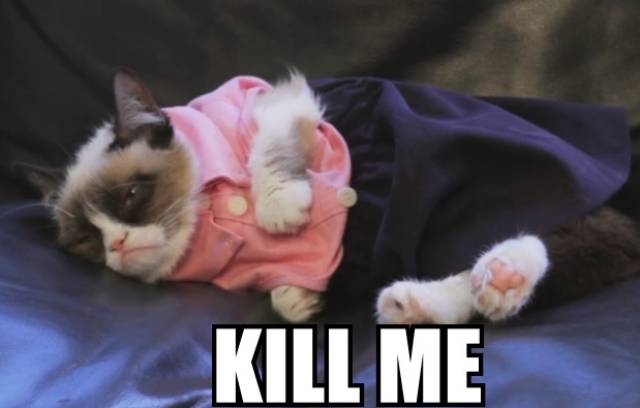 Prices being advertised before tax.

And feeling cheated when you receive the check. (I know this doesn’t happen in every state, but still.) 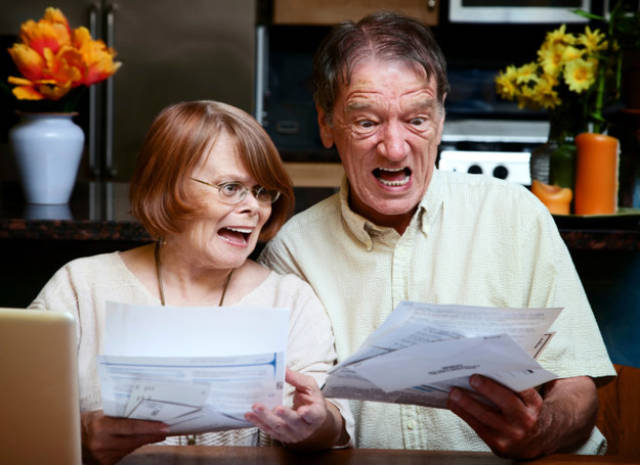 Restaurants and stores being open 24/7.

Good luck finding anything open past 5pm in France on a Sunday. 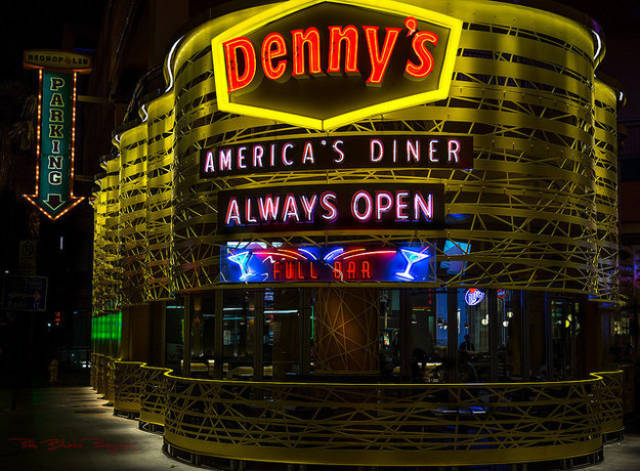 People filling your bags for you at the supermarket. 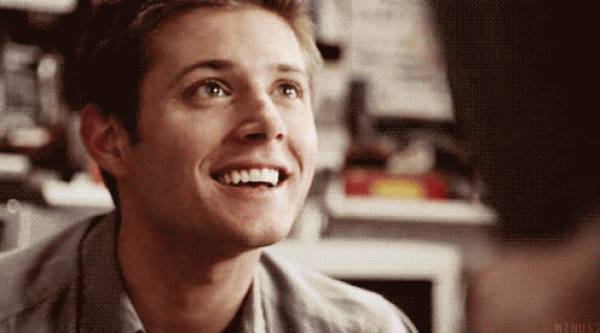 The fact that that “how are you?” often only means “hello” and that the person asking you doesn’t really wanna hear about your current state of mind. 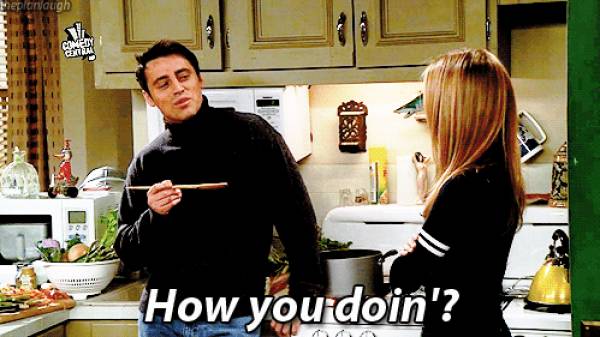 People drinking their coffee while walking.

Coffee should be sipped on while sitting at a terrasse. 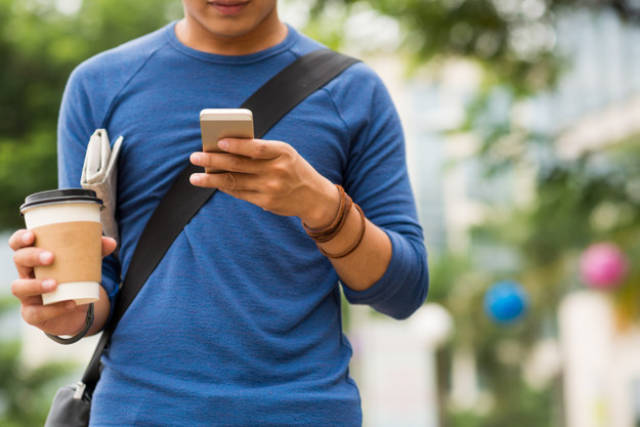 The price of French cheeses at the supermarket.

Cheese should never be this expensive. 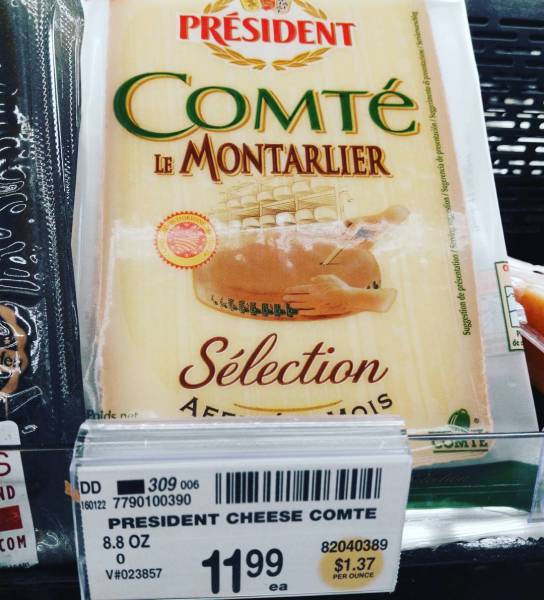 Being able to pay with your card without entering a code, just by signing a piece of paper.

That doesn’t seem super safe to me. 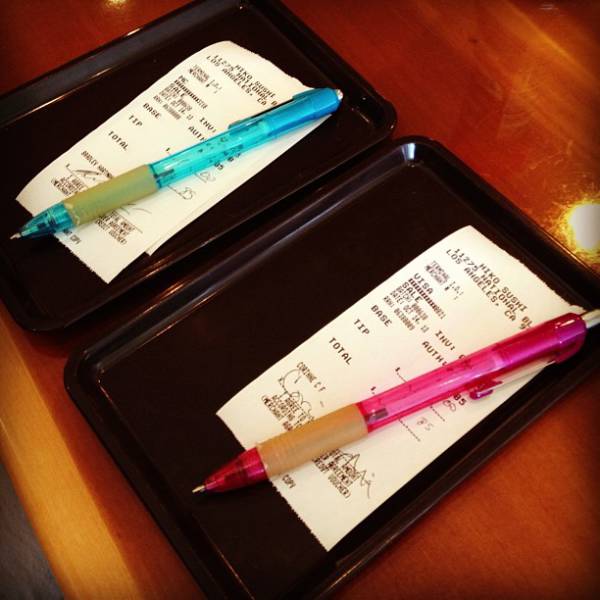 The monstrosity that you call “French bread” at the supermarket.

This bread has nothing French and it pains me to think that anyone could think it has. 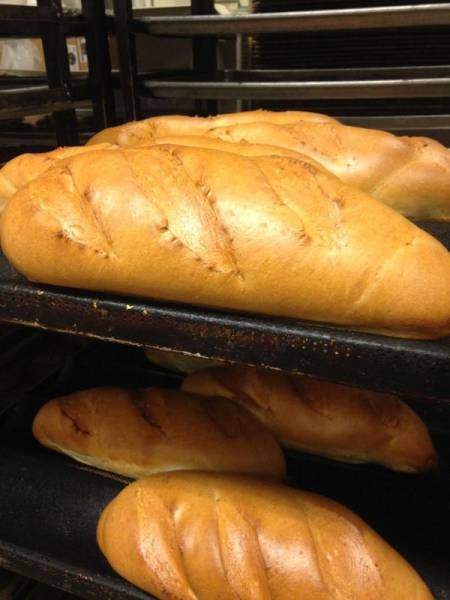 How do you rinse your butt, if you don’t mind me asking? 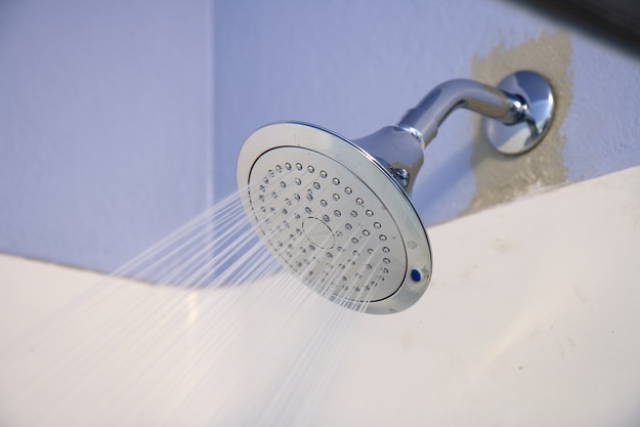 PCSinWV 5 year s ago
The French are such rude people.
Reply
-2

klunkr 5 year s ago
Then go the fuck home.
Reply
0