Michael Baines is a chef in one of the restaurant's in Chonburi, Thailand. Each day when he goes to work he stops at least eight times to feed 30 dogs and when the morning rush is over at the restaurant, he collects all the leftovers and goes on another round to feed another 30-35 dogs, plus six or seven that wait on him outside his restaurant. It is the same routine when he is on his way home, he feed about four or five dogs. He befriended a lot of dogs, but some of them are still afraid of him because of the constant abuse in the past by other people. 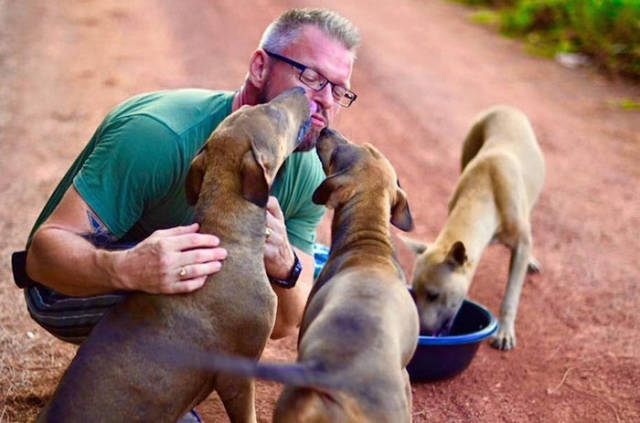 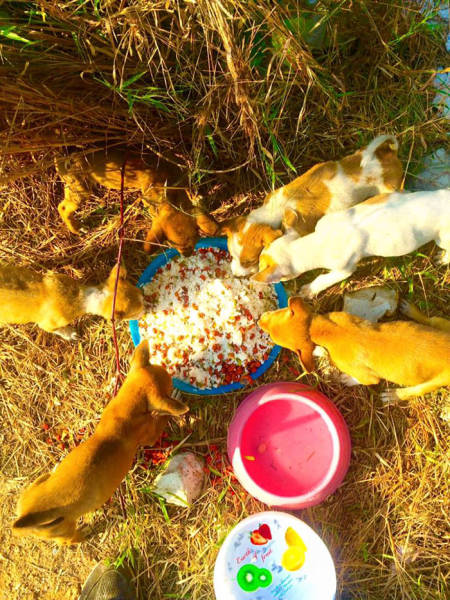 There are a lot of stray dogs in Thailand, but they are not treated well as people consider them more like a nuisance. Michael says: "Many people see an animal here and will hit the dog with sticks, stones and machetes, and use knives or kill them with guns." There is a small dog shelter in his town but dogs don't receive a proper care there. 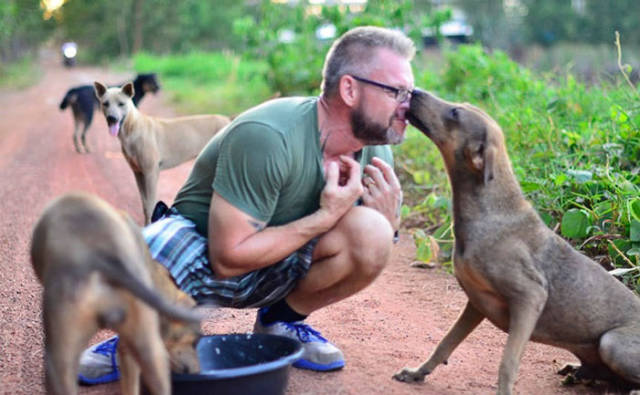 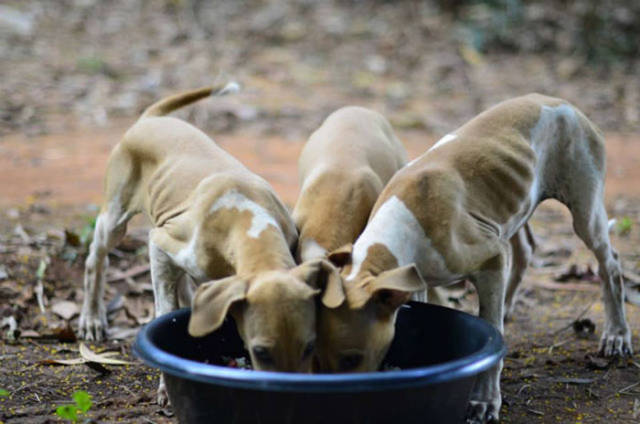 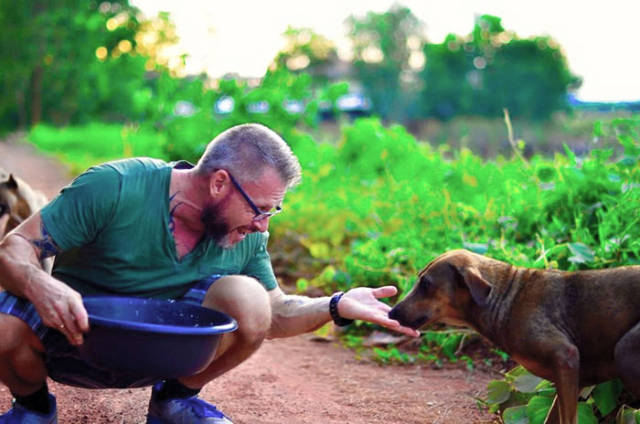 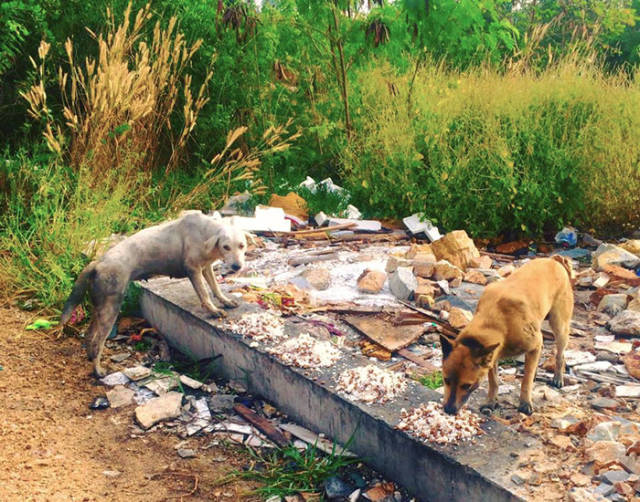 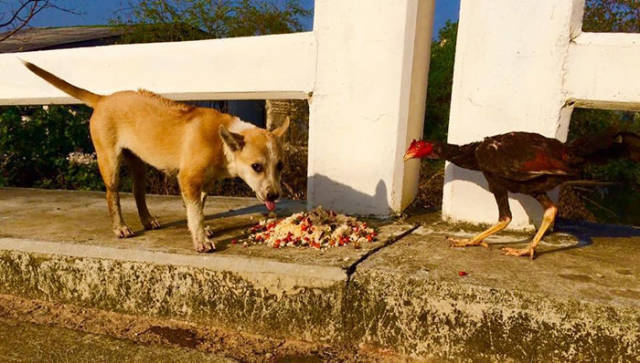 Michael not only feeds these dogs, he also gives them medicine if they are ill, powders them every month to safeguard against worms, ticks, and fleas and gets them spayed and neutered. When some of the animals are particularly sick, he keeps them at his restaurant while looking for the families who would like to adopt them. For now, this mission was 100% successful. 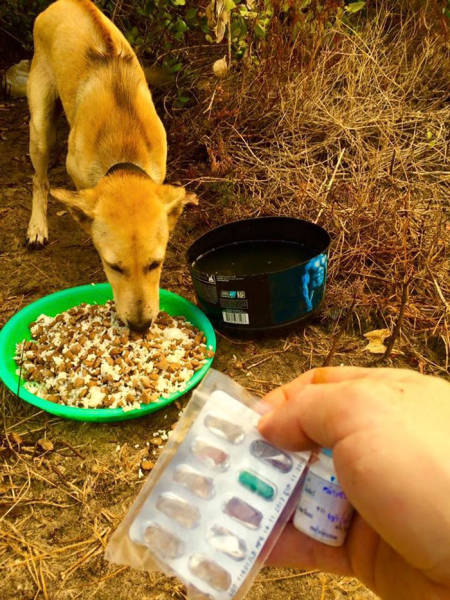 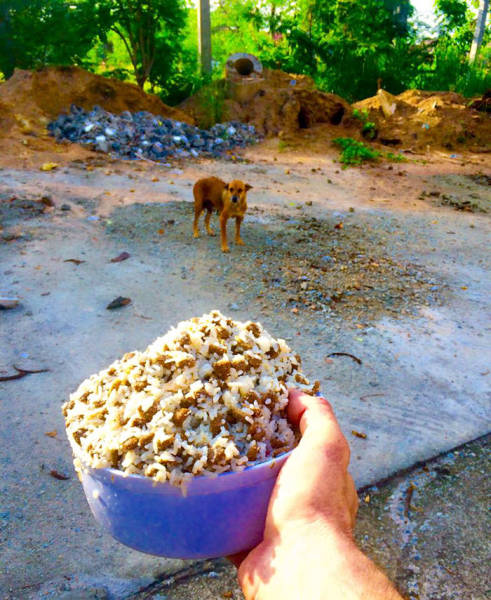 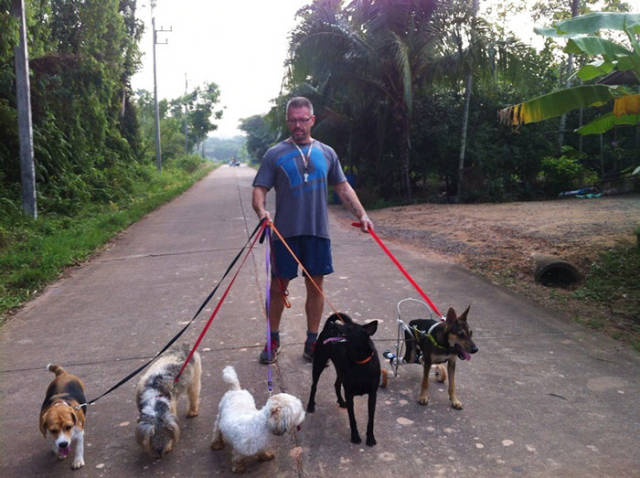 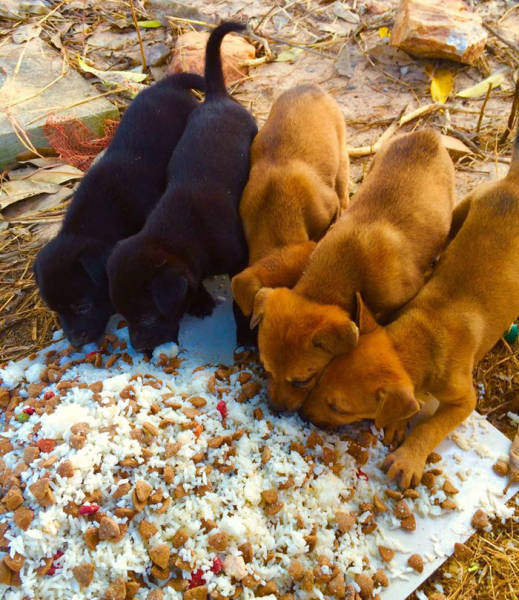 He also tries to encourage people to adopt mutts like he has instead of purebreds. "One of the best feelings,” he shares, “is when you have an old dog who has been abused all her life and you can actually touch them and hug them. It can take two years, but when it happens, it is amazing." 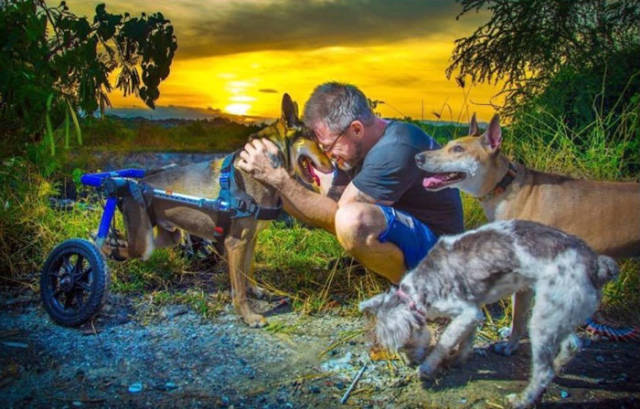 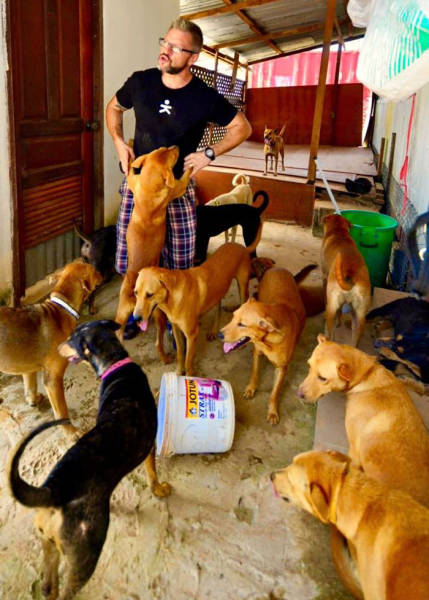 SkiDoo 4 year s ago
Daniel, you're right, unfortunately he is the exception. I give to charities that help animals, screw the human race.
Reply
X
>
1/1
<