History Of Barbecue: How It All Started (15 pics)

Some etymologists believe the word barbecue derives from “barabicu” found in the language of the Taíno people of the Caribbean and the Timucua of Florida. It has later entered some European languages in the form of barbacoa. It was a method described by a Spanish explorer that consisted of roasting meat over a grill made of a wooden framework resting on sticks above a fire. The flames and smoke rose and enveloped the meat giving it a certain flavor. 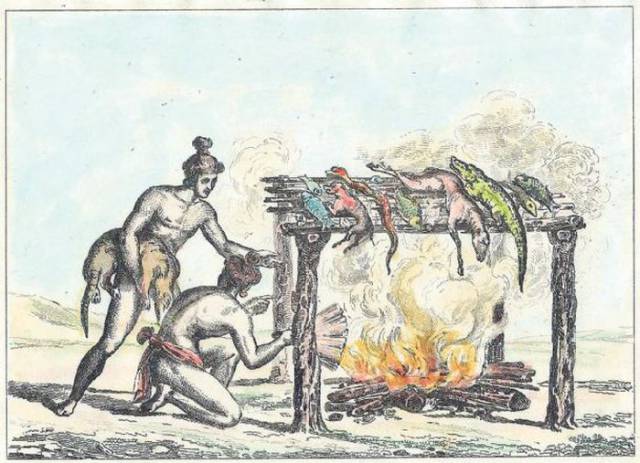 The reason for the cooking method is mostly due to the fact that the hogs the native tribes would capture would be wild, thus, the meat would be tougher and more stringy, needing a long period of time to break down and tenderize. 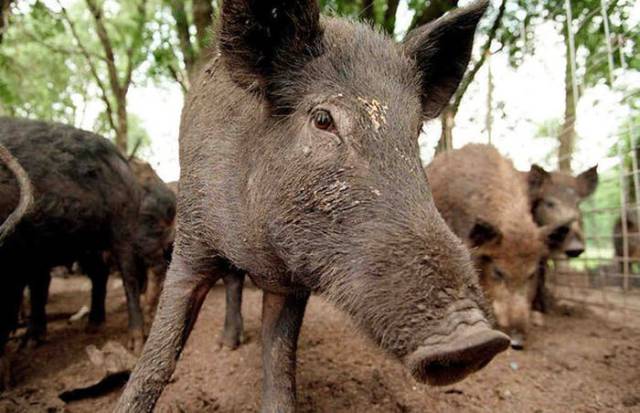 After Columbus initial exploration of the area, future explorers from Spain would turn northward and on their Journey would bring the cooking tradition known simply as, barbacoa, with them. In 1540, outside of what is now known as Tupelo, Mississippi, a Chickasaw tribe cooked a large pork bbq for explorer Hernando de Soto. 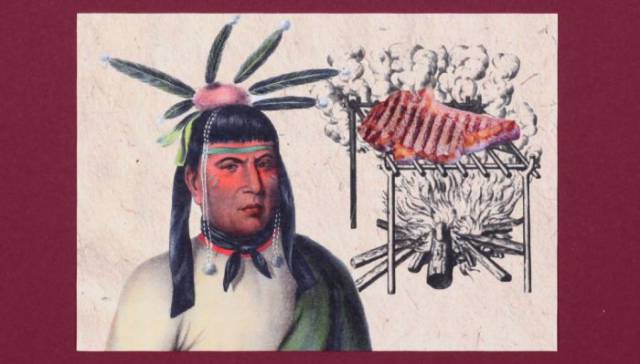 However, the barbecue that we know today came from the African American slaves in the Southern United States. Typically, slaves would be given the worst cuts of meat from the hog, or what was once thought as the worst cuts of the hog, and they had no choice but to use a cooking method which could break down the structure of the meat and make it juicy and tender. 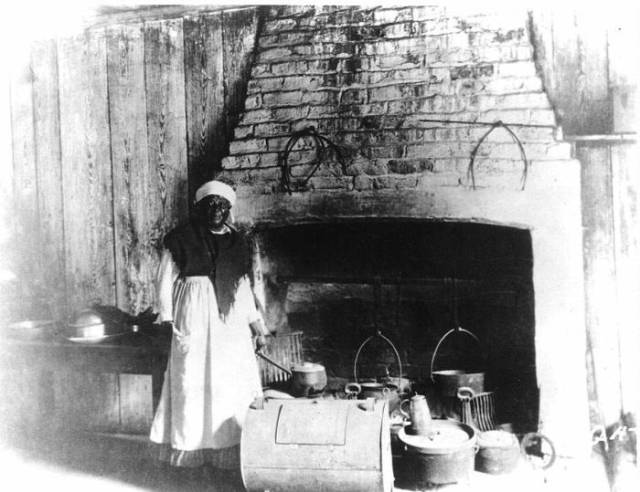 Barbecuing the meat was clearly the best option. It was also a great way to make a large amount of food, with little to no effort after setup, which was needed to feed these large communities. Hogs were also relatively cheap to maintain, they could be let out into the wilderness to forage for food when food sources are scarce. That's why many traditionalists say that BBQ is strictly pork, never beef, which you will usually see in Kansas City and Texas. 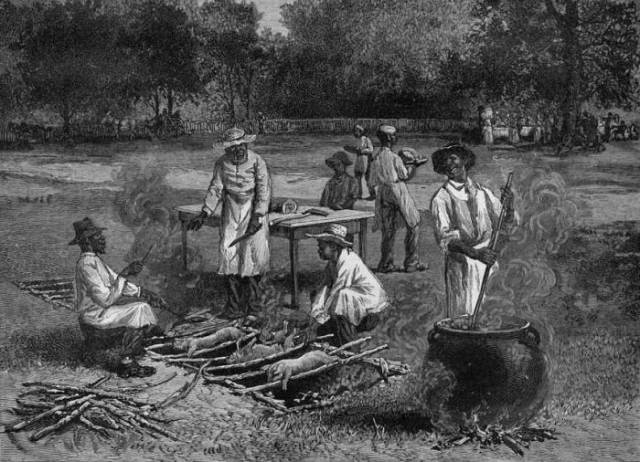 It was said that from the beginning of the 19th century leading up to the Civil War, Southerners ate five pounds of pork for every one pound of beef. Soon enough, plantation owners began to realize that the food that their slaves were creating was not only delicious, but it was the perfect food for parties and church gatherings. Side dishes for these barbecues would typically be local roasted vegetables and cornbread since corn was a bountiful crop of the area and wheat was hard to come by and more expensive. 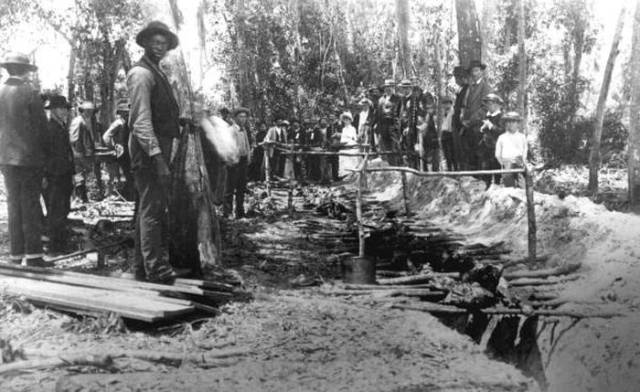 These gatherings were usually known as “Pig Pickins” an event for the slaves that would be a large bbq shared between the slaves and the slave owners themselves. Jonathan Daniels, a journalist writing in the mid-1800s, stated, "Barbecue is the dish which binds together the taste of both the people of the big house and the poorest occupants of the back end of the broken-down barn" 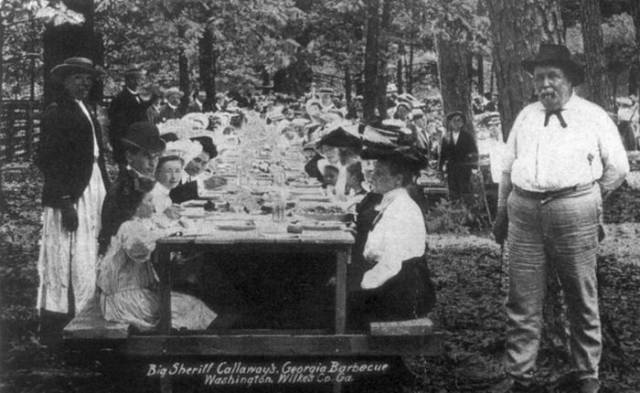 However, barbecue changed as much as the nation. After the abolishment of slavery, many African-Americans in the southern states took part in what is now known to be the pre-curser to The Great Migration or the migration north by African American families. It's here we begin to look at how barbecue changed throughout its journey in the United States. from the vinegar-based Carolinas, and Virginia variety, to the sweet-tasting, tomato-based sauce that's known in the Memphis Area and the Gulf Coast. These variants have set the stage for what has become one of the most heated arguments in American Cuisine. 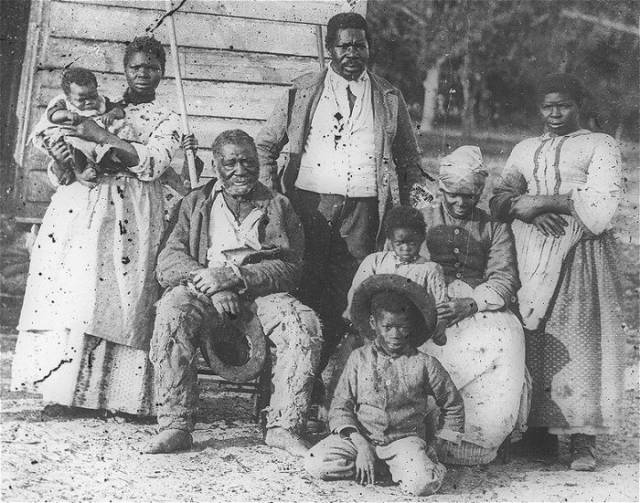 The oldest form of barbecue, coming from the Spanish colonies we spoke of earlier, in the eastern part of the United States, has been widely known to be the first type of variation since it was brought from the Caribbean islands. The first form of barbecue we will look at it is known as Carolina Style. The style that has been formed in the North Carolinas and Virginia is known for using the whole hog when roasting, and using a thin sauce that is a mix between vinegar and spices. It's believed that the British first thought of using vinegar on the hog, as they had an affinity from their Homeland for tart sauces. 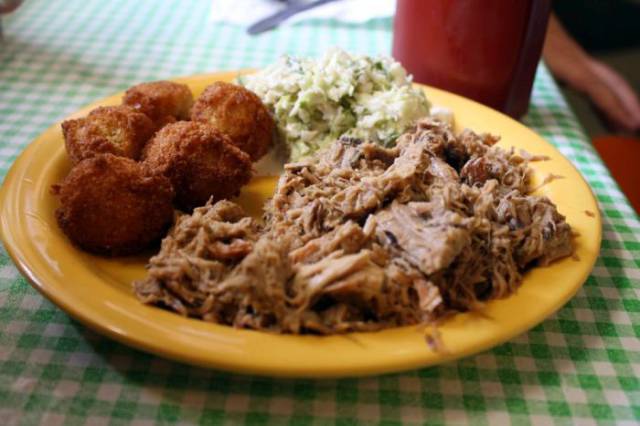 In South Carolina a different form of barbecue began to take hold, coming from the immigrants of that area. With a high concentration of German and French immigrants, who had an affinity for mustard based sauces, be it from the dijon you get in France, to the spicy mustard that’s used alongside pretzels and wurst of all types in Germany, the tradition of adding a mustard and vinegar mixed sauce to the hog was born. 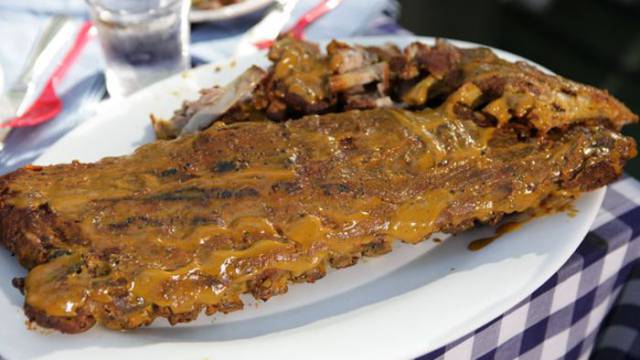 Traveling to the next major city where BBQ 1st to golf, Memphis Tennessee. Memphis Barbecue is different using pork shoulder and ribs separate from the animal, and a sauce that is comprised of tomato and usually something sweet like syrup or brown sugar. The reason for this is that Memphis was a major port city, And they were able to get special products like maple syrup from the north, which they incorporated into a sauce for their BBQ. They also start the meat with a dry rub consisting of garlic, paprika, and other spices. 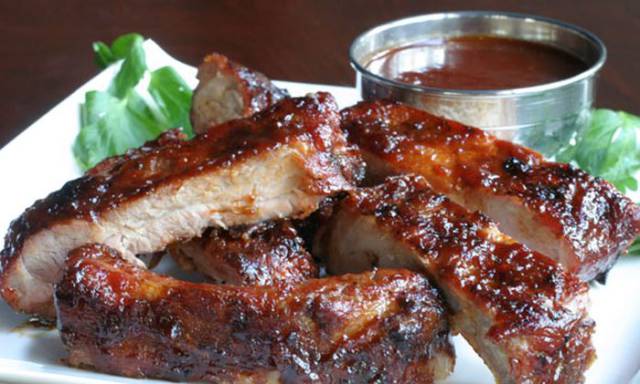 Another region of the country that celebrates the barbecue tradition would be Kansas City, which lent its huge slaughterhouse industry to producing multiple types of barbecue including pork and beef and whatever was on hand. Like most traditional BBQ, Kansas city-style consist of low with smoke cooking traditionally over hickory wood. Like it's Memphis counterpart, also what tomato and molasses sauce are added to the meat after it's pulled from the pit 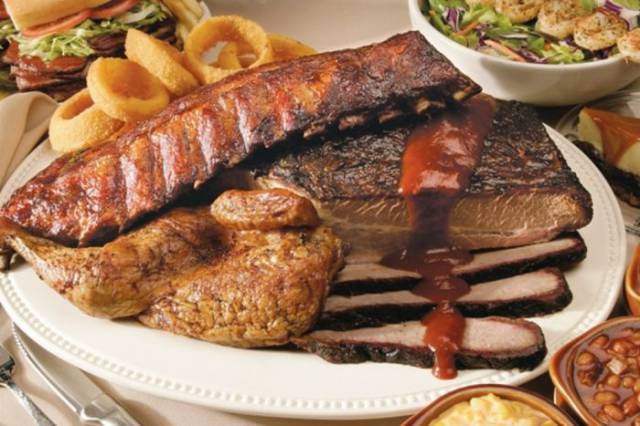 Traveling a little further south we have our fourth varietal of barbecue in the United States, coming out of Texas. Now there is a divide in Texas, when it comes to how to prepare different types of barbecue, focusing on Central Texas and East Texas. 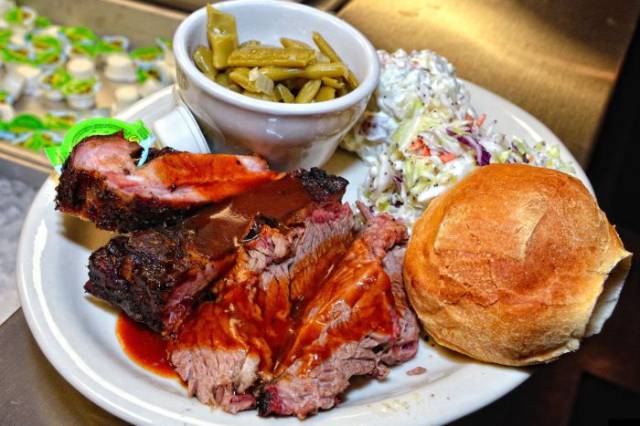 Central Texas, Is known for serving up huge amounts of brisket and ribs with a smoke over oak or pecan wood. The sauce isn't as important in Central Texas and is usually used as a side dipping sauce, putting all focus on the protein that is produced from the pits. Whereas East Texas, traditionally uses both part beef and pork that is chopped finely and placed on sandwiches typically, and drenched and a sweet tomato and brown sugar based sauce, and this style BBQ can be found throughout the Gulf Coast ranging from Louisiana all the way to Georgia. 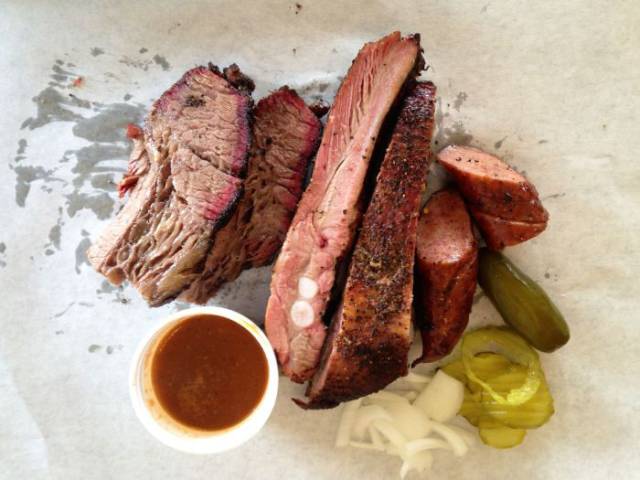 So when it comes down to it, barbecue is really a matter of taste. Some extremist will say it's only one way, but that's usually because they grew up in the region that it was prepared in a certain way, and remind them of their childhood and cookouts and their youth. However, you can find all these varieties around the United States as you travel, and I highly recommend you try every time to find your favorite. 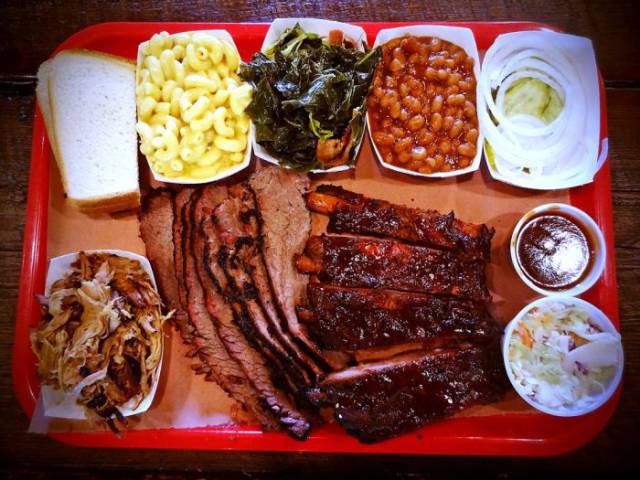