George W. Bush Had Ties With Osama Bin Laden And Helped His Family 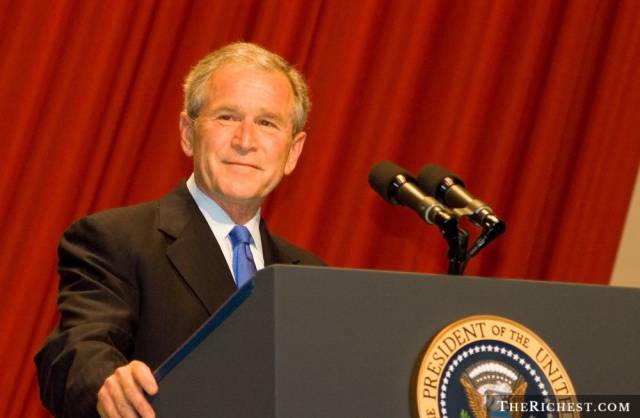 When many people think of Osama bin Laden, they only think about his terrorist status and the numerous videos released with him inside of a cave. However, a little known fact about the bin Laden family is that many of the other family members were actually legitimate business people that even had ties to the Bush family. The Bush family worked with Texas businessman James R. Bath, who worked with Bin Mahfouz with ties to the highly controversial BCCI banking group that was known for laundering money and a number of questionable banking services. Osama’s eldest brother, Salem, was linked through business matters with the Bush family and their family oil company, Arbusto Energy. With business interests invested in the bin Laden family, many have theorized that was a large part of the reason why it took so long to finally find and ultimately kill Osama bin Laden. Others have theorized that Bush actually helped the bin Laden family flee the United States directly after the 9/11 attacks, and that he may have done all of that to hide his business connections with them.

X
Some Conspiracy Theories That Might Actually Be True
>
11/19
<