Giants Once Roamed The Earth 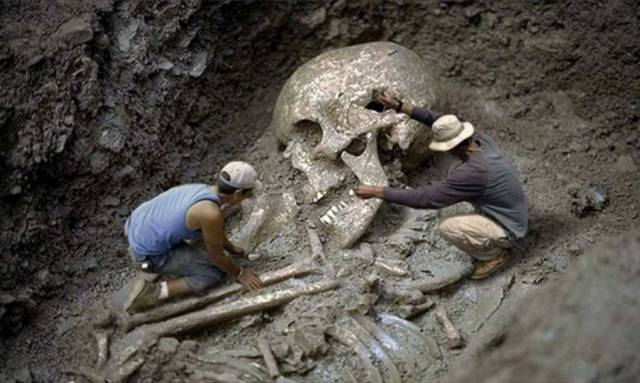 Almost every culture and religion has some sort of reference to giants, from a race of superhumans in Hinduism to the Nephilim giants in the Bible. Many archaeologists have found bones and human fossils throughout the world, with many depicting human beings that were abnormally larger than standard men and women. However, many of the more dramatic findings have turned out to be hoaxes. One example was when a photo went viral depicting huge human bones, but then it was revealed that it was a photo that won third place in a photo-manipulation competition called “Archaeological Anomalies 2.” Because there have been so many hoaxes surrounding giants that once roamed the Earth, many find it difficult to know what the truth really is. However, it’s important to note that the same story of “giant-like” humans have persisted in so many different areas. It stands to be questioned why so many believe in this theory if there is no shred of truth in it.

X
Some Conspiracy Theories That Might Actually Be True
>
5/19
<