When The Travel Bug Hits You Hard… (30 pics)

Taylor Gleason from California had never been to any other country except for Mexico. But this changed after he went on a school trip to Italy. He got infatuated with travelling and ever since has been to 65 countries, 50 of which he visited in just 2 years. Taylor’s Instagram account with the photos he’s been sharing from different countries already has over 64,000 followers.

"I've always been one of those people that just needs to be constantly doing something, being active, and being an explorer. I like writing my own narrative and going wherever life wants to take me," Gleason said. 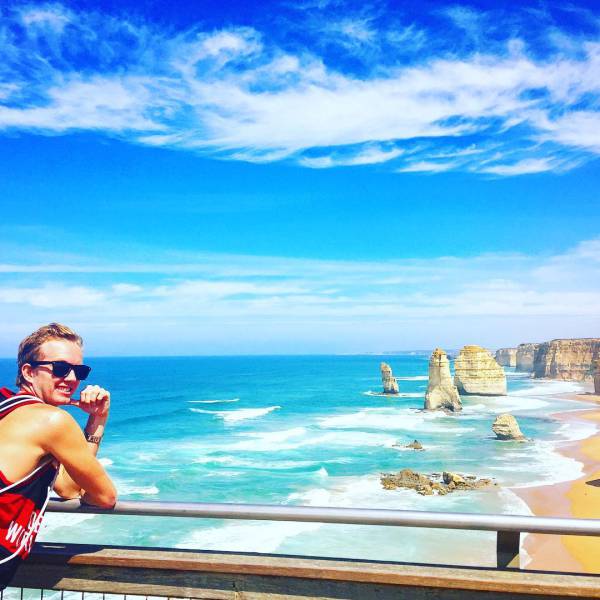 "Over time, I accrued an interest in so many different places that I was learning about through books and my education, and each place that sparked a 'wow' factor in me had me captivated," he said. 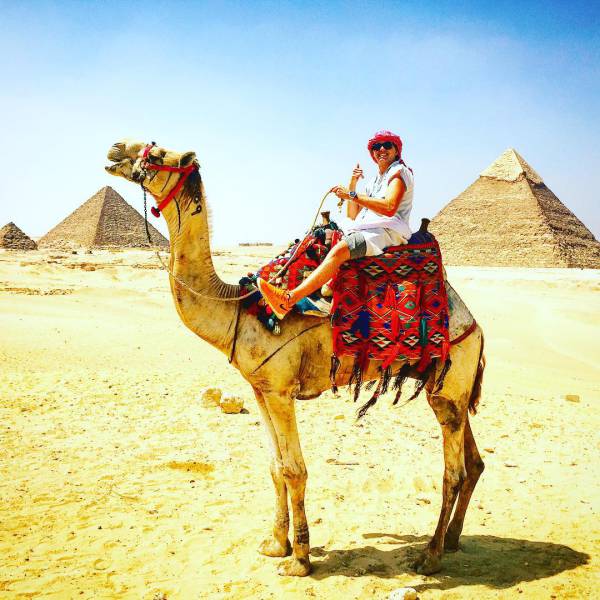 To save up for his two-year travel spree, he worked at UCLA while studying hard to complete his degree early. He also leveraged the international connections he had made from college and beyond, staying with friends wherever he could. 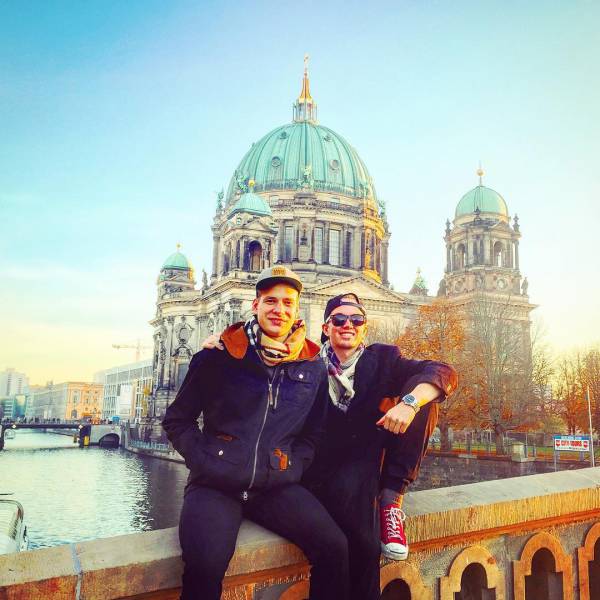 Before deciding on each destination, Gleason would do thorough research. This helped him to make the most of his time and money, and to go to places that may be more difficult to get to. 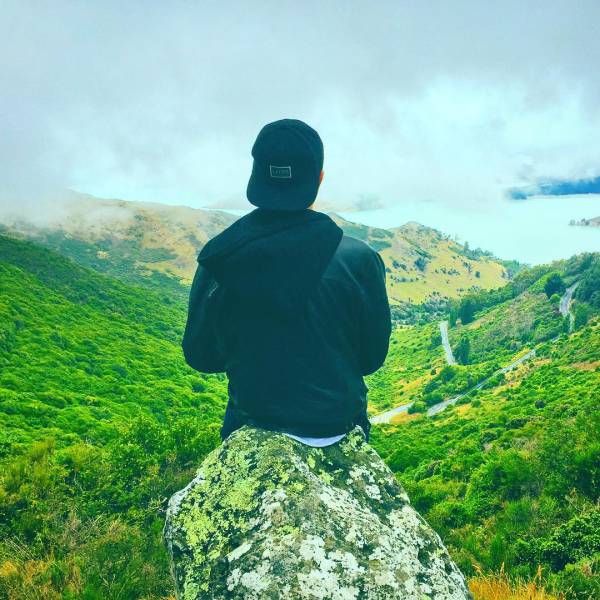 Understandably, it's hard for him to narrow down his list of favorite countries to just one. 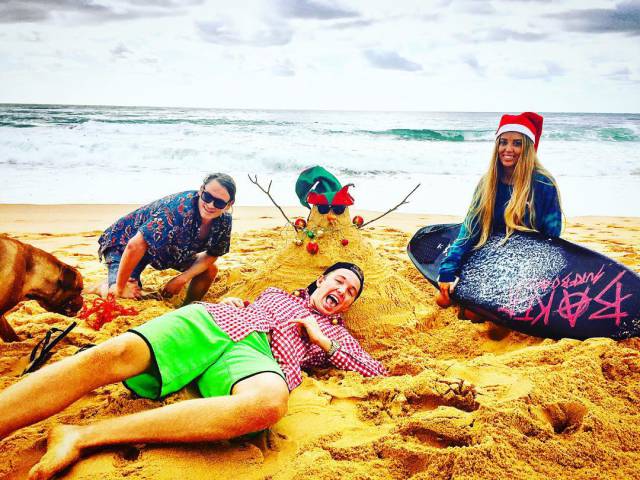 "One of my favorite experiences would have to be attending Oktoberfest in Munich ... I instantly fell in love with the country, the people, the city, and the German culture," he said. 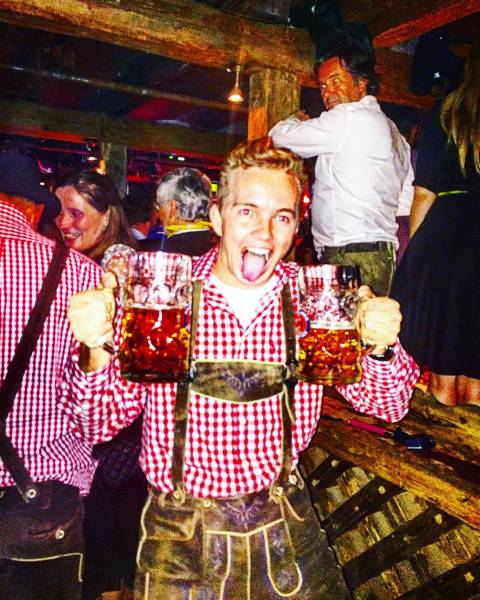 "I also really enjoyed swimming with the Great White Sharks in New Zealand," he recalls. "It was in water coming up from Antarctica, so it was incredibly freezing. But having a real life 'Jaws' character coming after you full speed, with an open hole in the cage ... I definitely got an adrenaline boost." 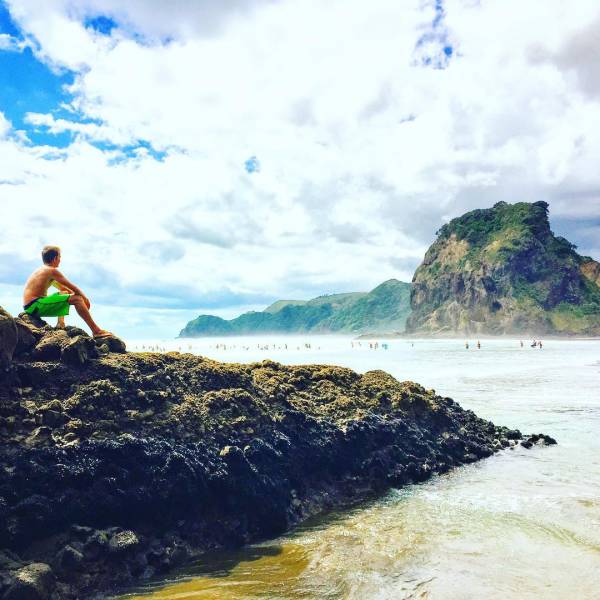 Other highlights: Angkor Wat in Cambodia, the cool culture and multitude of monkeys in Bali, meeting up with friends in Australia, visits to Moscow and Japan, and a two-week service program in Israel. 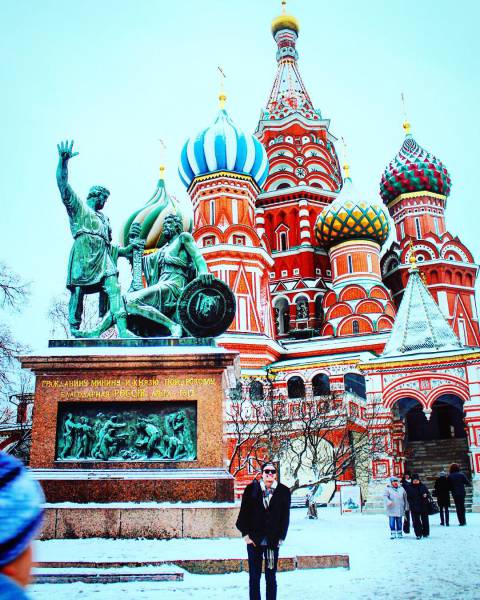 One experience that especially stands out for Gleason is his trip to North Korea. After seeing that journalists had been allowed to enter the country, and hearing that some friends of his from UCLA had gone the year before and loved it, Taylor was determined to see the secluded nation for himself. 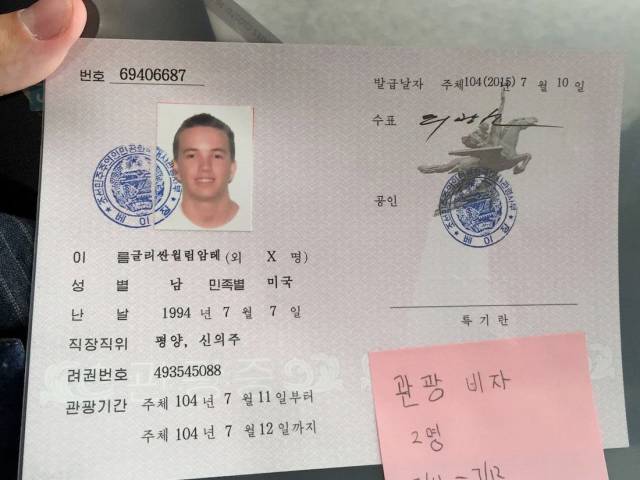 However, his idea was met with strong opposition from his family and friends. His UCLA teachers "strongly discouraged it and were incredibly worried," he said. "I also didn't tell my parents that I was going, primarily, because I knew I was going to be safe on the tour, but they would have sided with UCLA and would have put road blocks in place to prevent me from going." 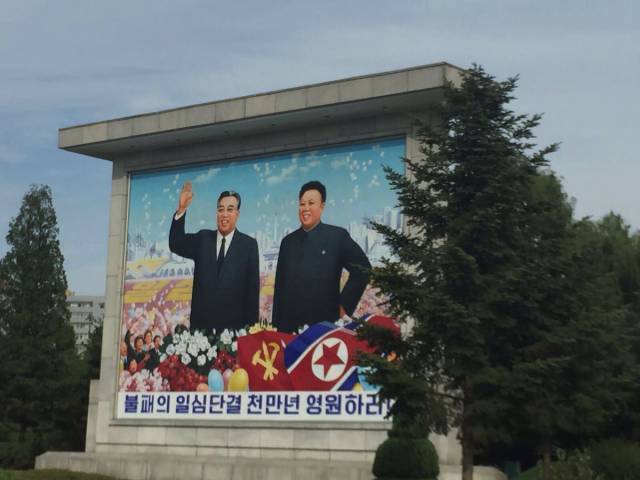 "I knew North Korea was dangerous to enter, but I also knew that I wasn't entering a war zone that would be similar to Syria or somewhere in the Middle East," he said. "I knew that as long as you respect them and their culture, you'll be fine." 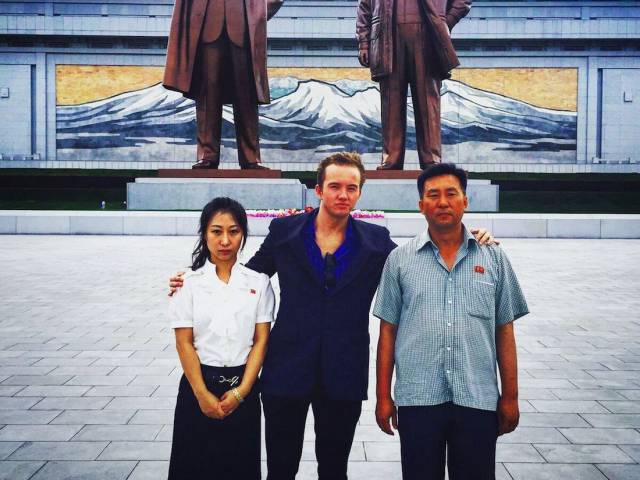 After hearing so much about North Korea in the media, Gleason was interested to see the place and its people with his own eyes, and to hear their side of the story. In a funny turn of events, he ended up celebrating his 21st birthday on his way to a country that most people would never want to visit. "It was my 21st birthday gift," he joked. 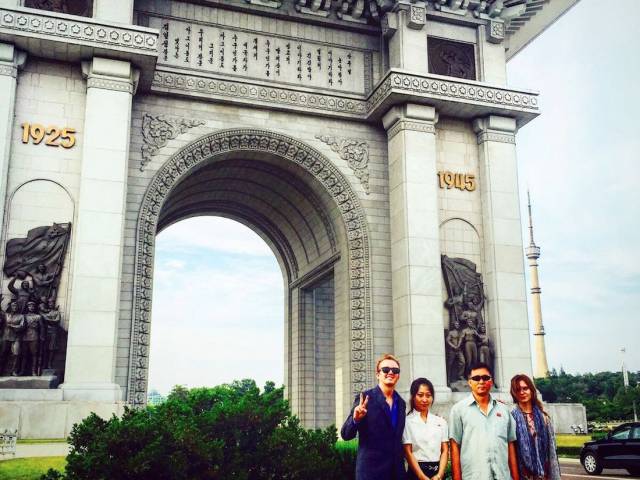 Gleason's three days in North Korea were impactful and surprising. "People were so polite and kind," he said. "I felt totally safe. Nobody was hostile towards Americans." 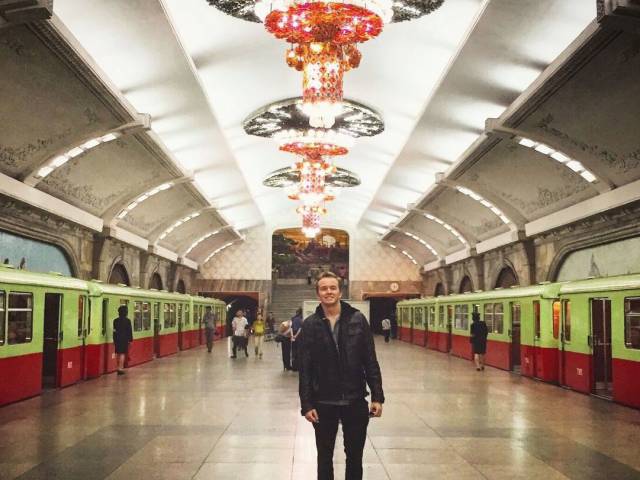 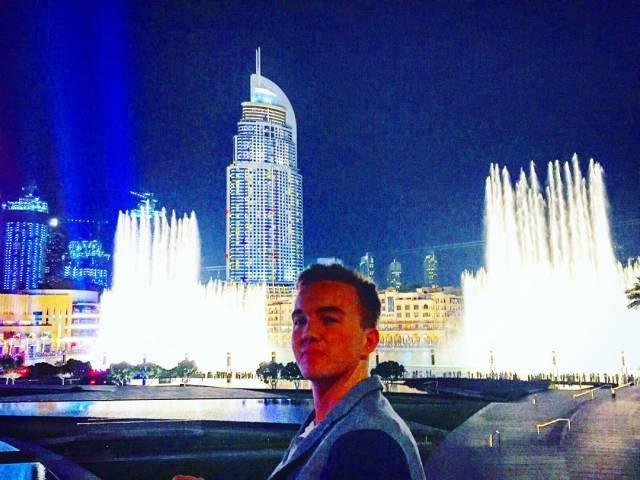 "China was nothing like the Asia I thought I knew," said Gleason, who spent three months living and studying in Shanghai. "I felt like everything we've accomplished democratically in the West had been smothered. There's this huge fog of pollution that just lingers over you consistently ... It was the most oppressive country I've been in, and it seemed more dangerous to be in China than it was in North Korea." 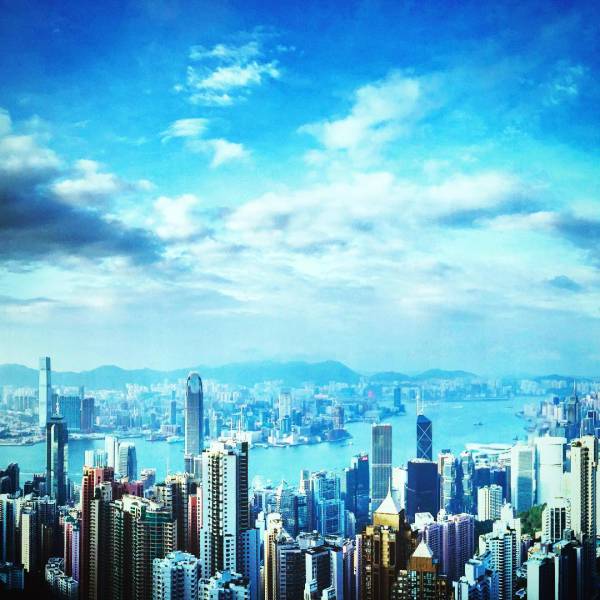 Thailand was another serious low point in his travels. "It's totally hyped up," he said. "People were incredibly rude ... they hated Americans." 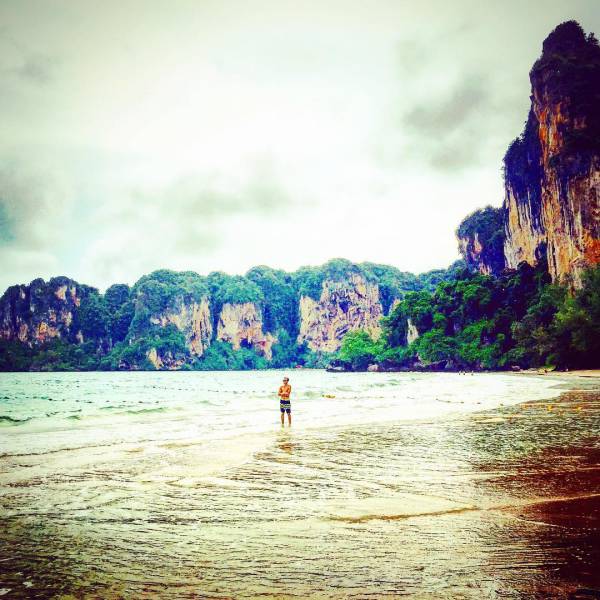 At the Full Moon party on the island of Koh Phangan, Gleason was drugged, robbed, and beaten up by gang members. He awoke in a hospital after having his heart re-started, and was missing all of his personal belongings. He survived purely thanks to the kindness of other tourists, who found him injured on the roadside and administered CPR before taking him to the hospital. 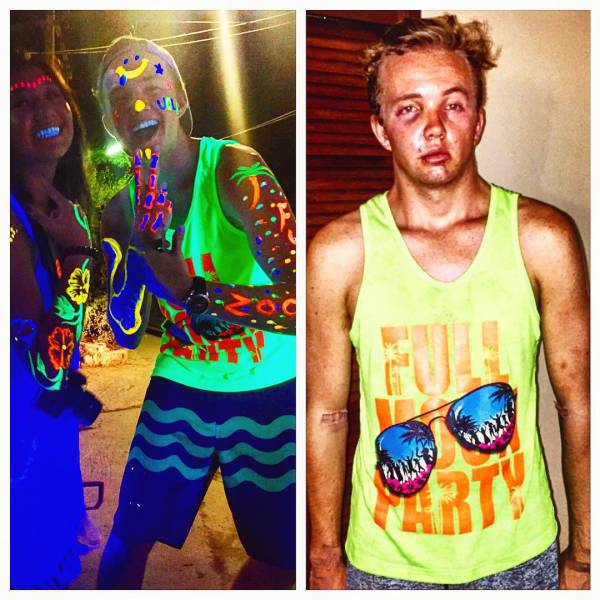 Despite his close brush with death, Gleason wanted to keep traveling. His next stop was the Middle East: Egypt, Dubai, Oman, and more. 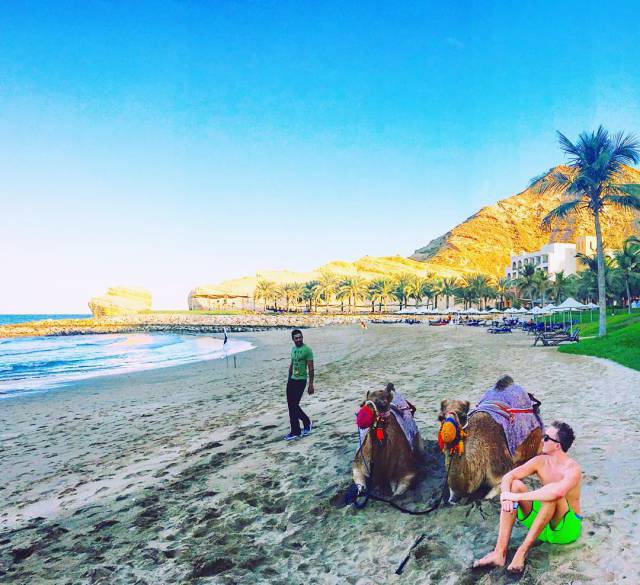 In Egypt, Gleason was fortunate enough to be able to climb the pyramids, but the experience left him disappointed and uneasy. "There was nothing to see in the pyramids ... all of the treasures are elsewhere," he said. Although he enjoyed staying with friends in Alexandria, he felt unsafe as an American in Cairo. 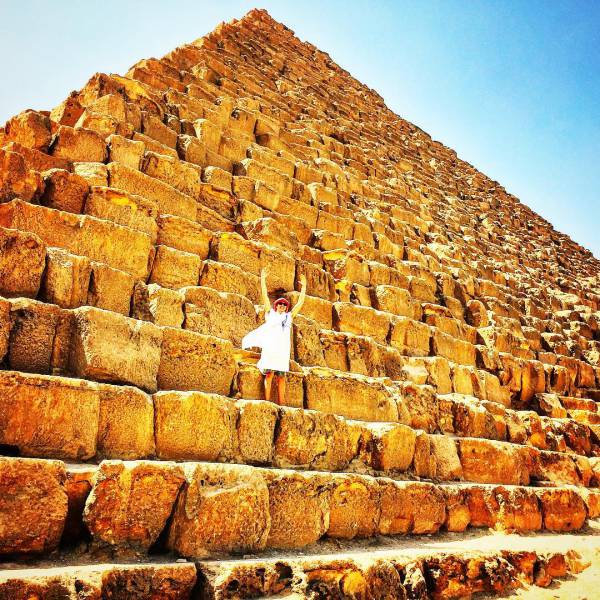 Game to see, do, and try everything he could, Gleason sought out unique activities wherever he went. "My friends will tell you, if I was somewhere traveling with them I wasn't going to pass up on an opportunity. I made sure that we would do and see everything, no matter what it took." 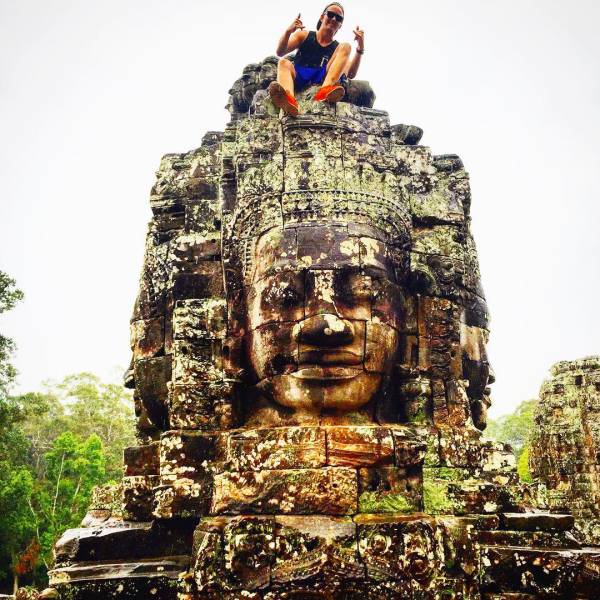 That included eating some crazy foods. He tried puffin in Iceland ("which is sad, because I really like puffins") and silk worms in South Korea ("which tasted terrible"). In Cambodia, he went to the famous Bug Cafe, and had a tarantula doughnut, tarantula and scorpion kebabs, a cockroach, and ants and worms inside spring rolls. "Surprisingly, everything tasted really good—except for the cockroach." 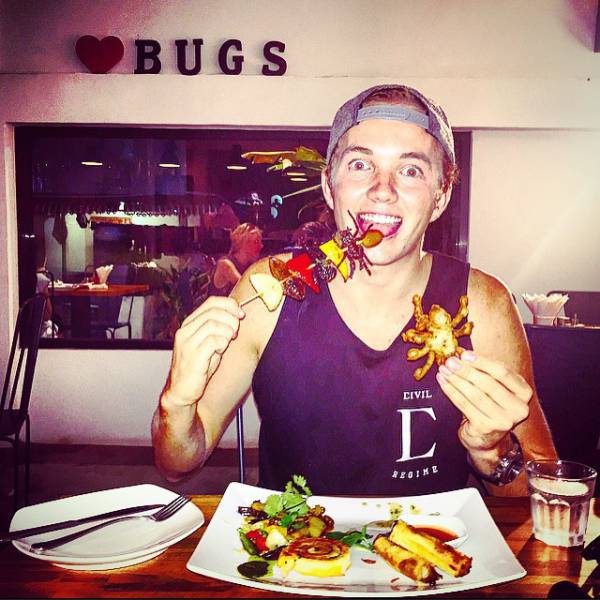 He also stayed in some cool places: the Marina Bay Sands hotel in Singapore (with its famously awesome pool), the Rimba Jambaran (a Ritz-Carlton Hotel in Bali, Indonesia), and a glass igloo at the Kakslauttanen Arctic Resort in Finland. 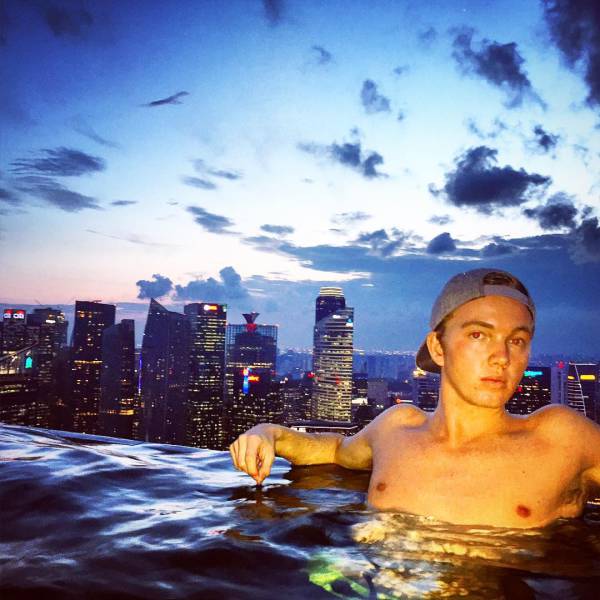 Without a doubt, Gleason feels that he has grown tremendously from covering all those miles. "The things I've experienced, the cultures I've seen, the people I've met — the good and the bad things that happened to me, everything just seemed to fall into place and I'm grateful I have such an interesting narrative to tell for someone my age," he said. 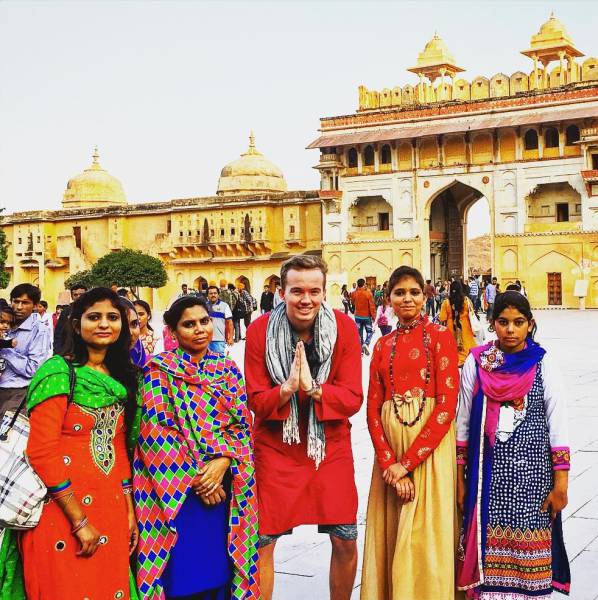 His top tips for other travelers: Be prepared for anything, contact an embassy before you travel somewhere so you're in their system in case of a crisis, use social media to let people know where you are, and do your research. 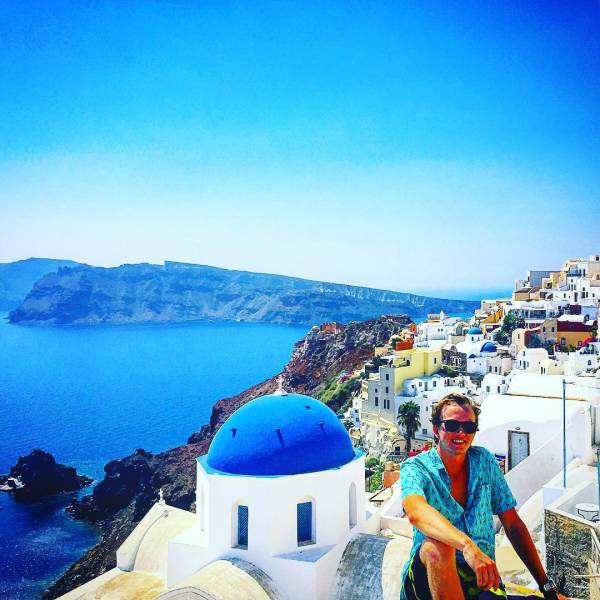 After so much time spent on the road, returning to normal life was very difficult. "I couldn't sit still," he says of coming home. "I ended up going to my grandparents' house for a couple of months on an island in Washington just to recoup and recover and let everything process." 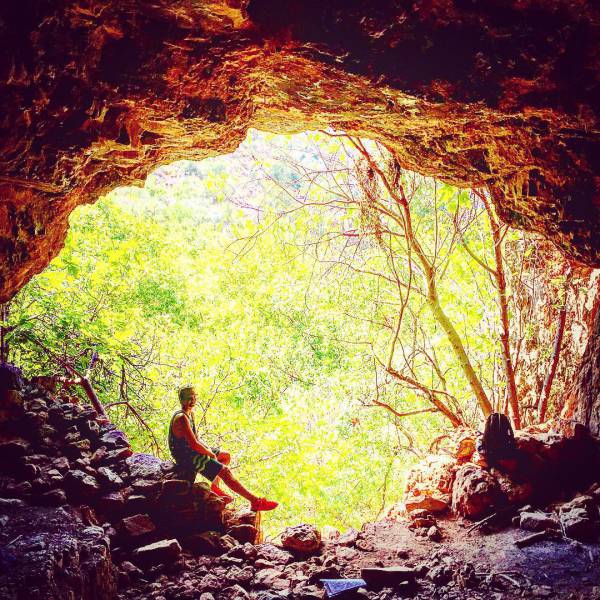 Now back in the swing of things, his future plans include a career in the entertainment industry, either in entertainment law or production. He's also thinking about writing a book. "I just have to sit down and make time to put it all together," he said. 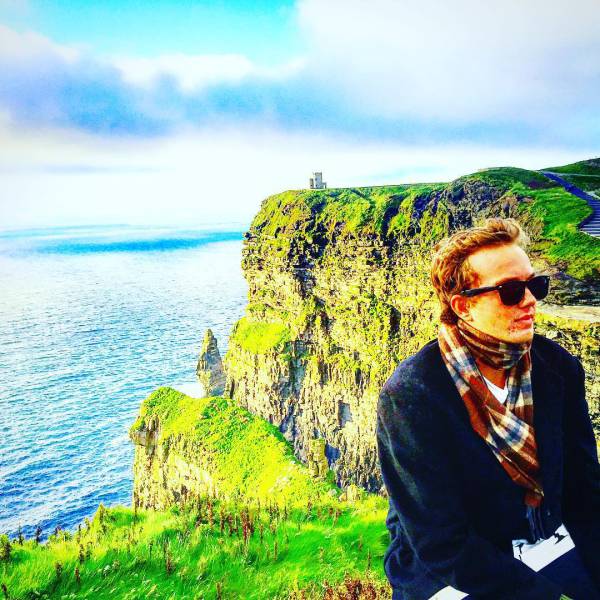 Although he experienced some things that were incredibly difficult and scary, Gleason wouldn't trade his travels for anything. "I lived my dream!" he said. 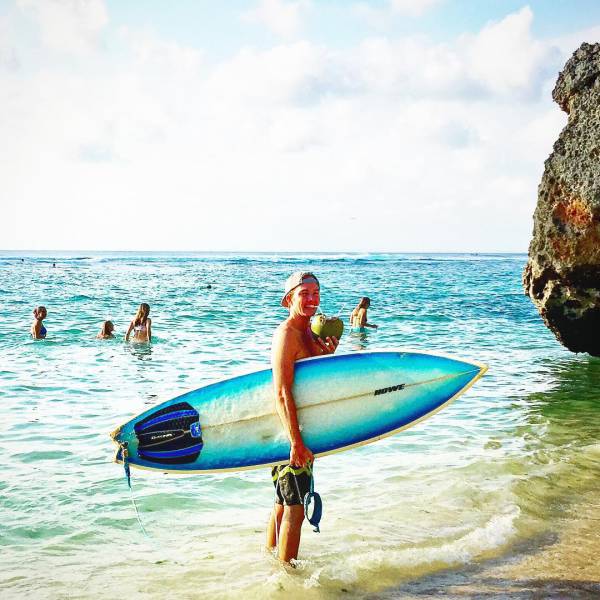 "Most of my bucket list has been fulfilled— I got to do just about everything in this life that I've wanted to do," he said. "Now I'm ready to build myself up career-wise and get to work." 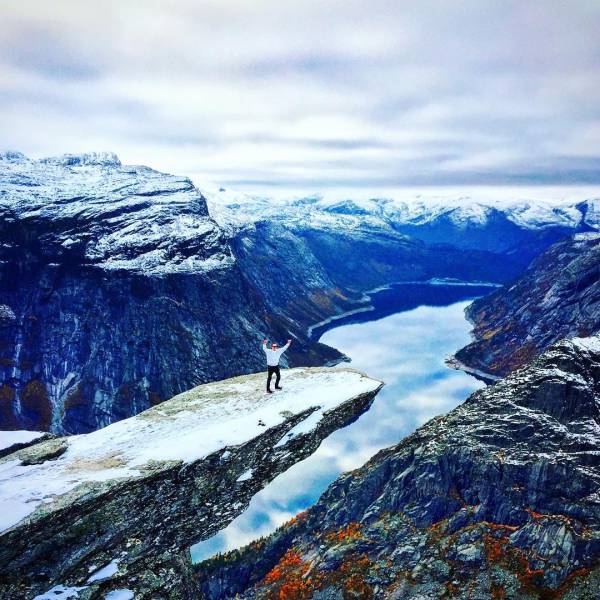 It's pretty amazing to be able to say that at just 21 years old. 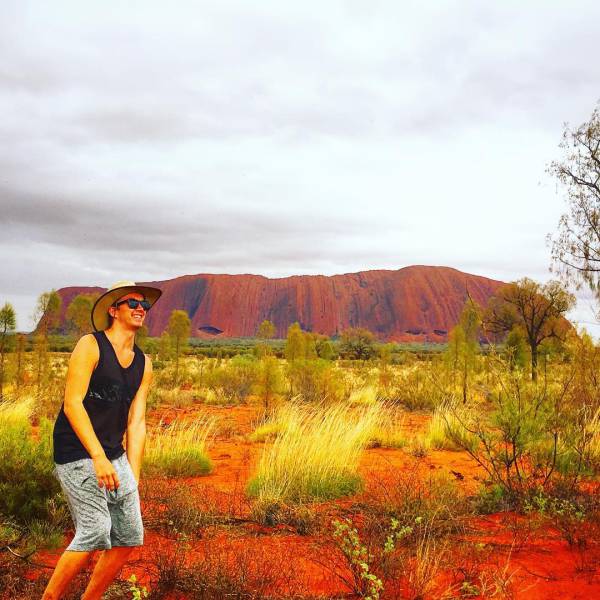 Somehow, though, it seems that Gleason will never stop traveling completely. Once you catch the travel bug, it's pretty impossible to fully recover. 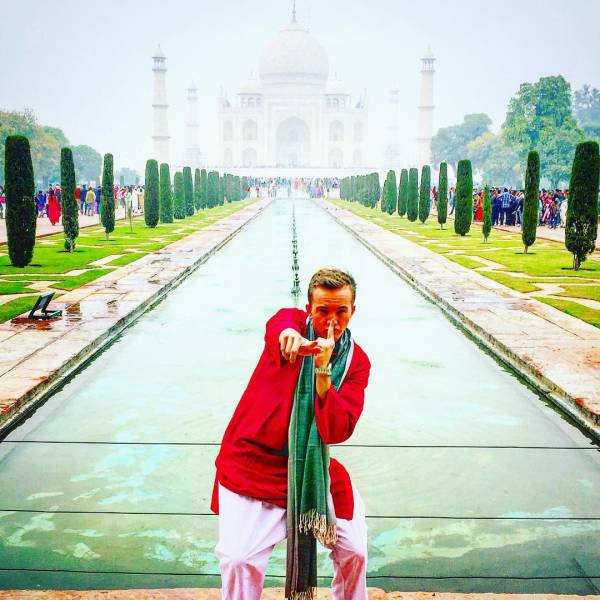 Carwash 1 year ago
... who's footing the bill? mommy-daddy?
Reply