Cinematic legend fell in love with the 12-isle atoll in the French Polynesia while filming Mutiny On The Bounty in 1962 and bought it in 1967 for $200,000. He then proceeded to convert it into a small village and later a hotel. He used this place to escape from the mess of Hollywood under the pseudonym of Jim Ferguson. He nurtured both the biodiversity and culture of the island, using only renewable energy and living in a beach hut. Following the actor’s passing in 2004 the private island resort was transformed into a luxury eco hotel and spa - The Brando - in 2014. It is absolutely adored by honeymooners and keen travelers now. 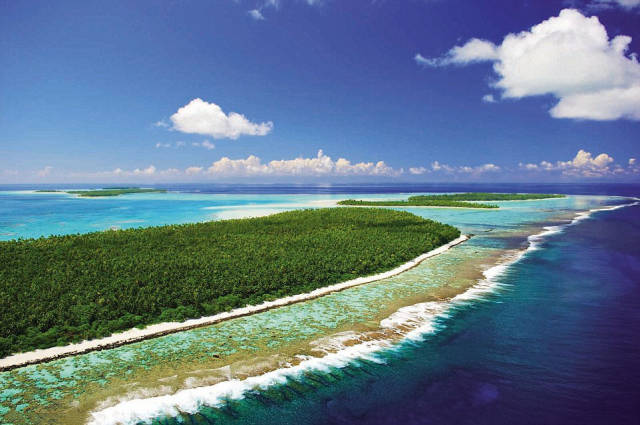 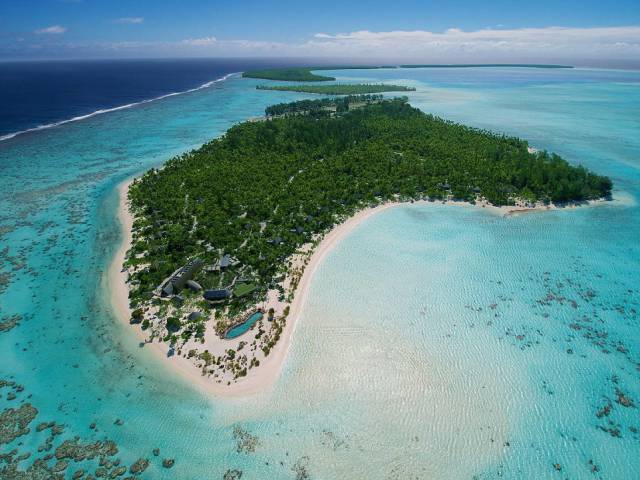 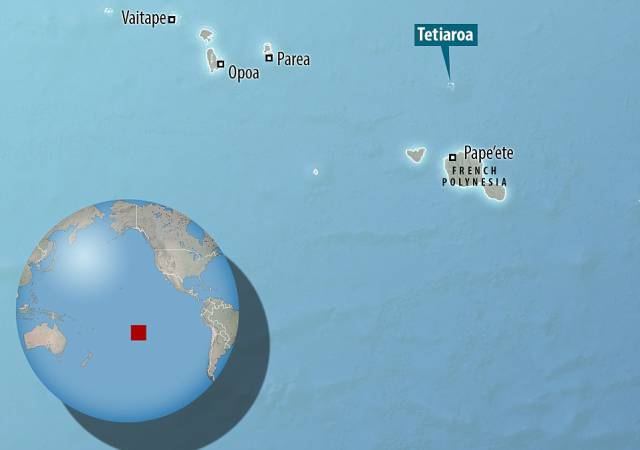 Enthralled by the Polynesian way of life – and the leading lady Tarita, Brando resolved to find a way to own this piece of paradise and succeeded in his goal in 1967 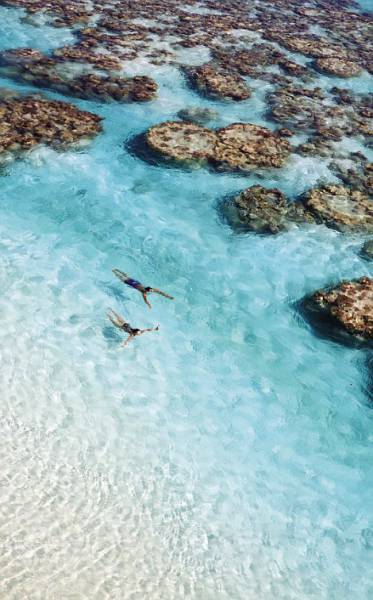 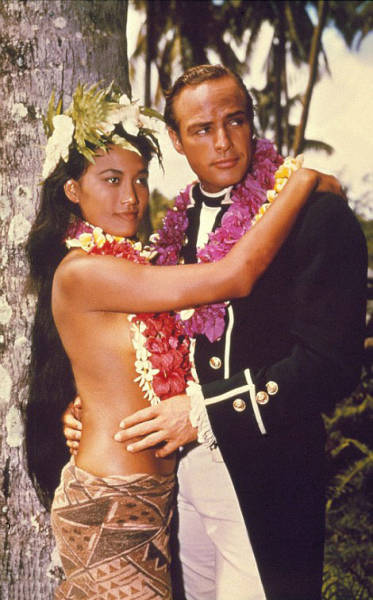 'My mind is always soothed when I imagine myself sitting on my South Sea island at night. If I have my way, Tetiaroa will remain forever a place that reminds Tahitians of what they are and what they were centuries ago,' commented the movie legend 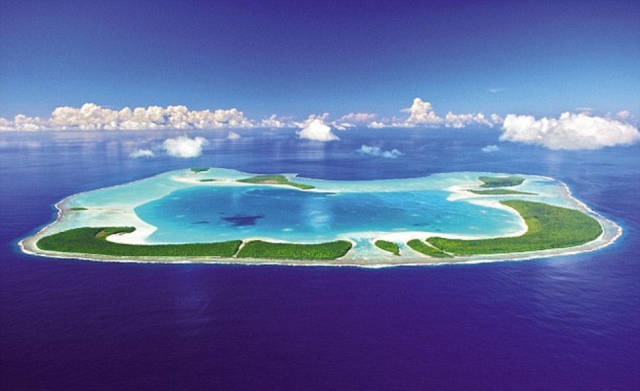 It was here that Brando escaped from Hollywood and instead liked to use the pseudonym Jim Ferguson. He is pictured on the set of Mutiny on the Bounty with Tarita Teripia 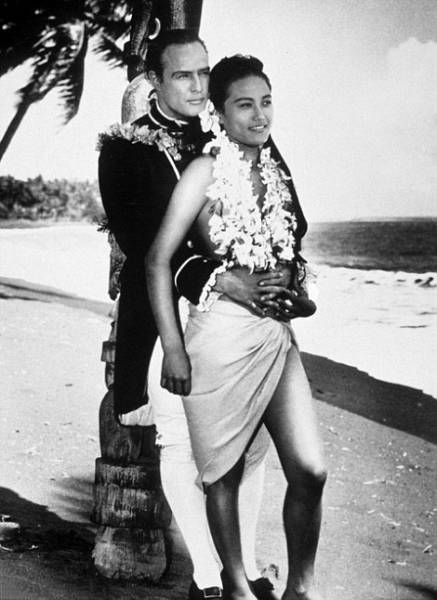 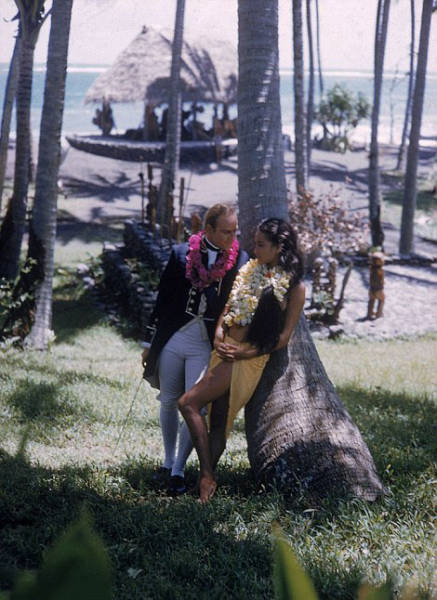 Offering sweeping white sandy beaches and turquoise waters ideal for snorkelling, the private island resort was transformed into a luxury eco hotel and spa in 2014. Guest can stay in one, two (pictured) or three-bedroom villas 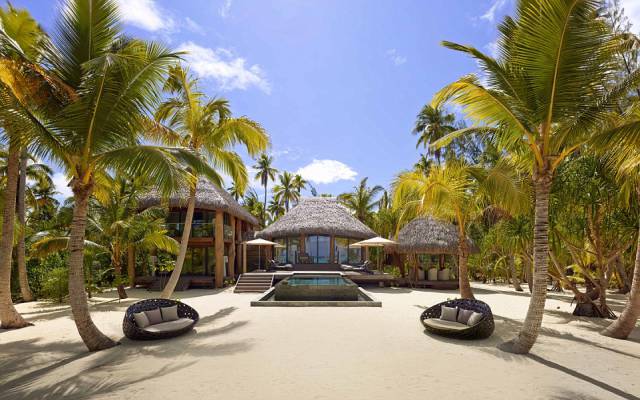 Each of the island's 35 private villas maintain the traditional French Polynesian style and there are restaurants, a spa, fitness centre and resort pool (pictured) on the atoll now 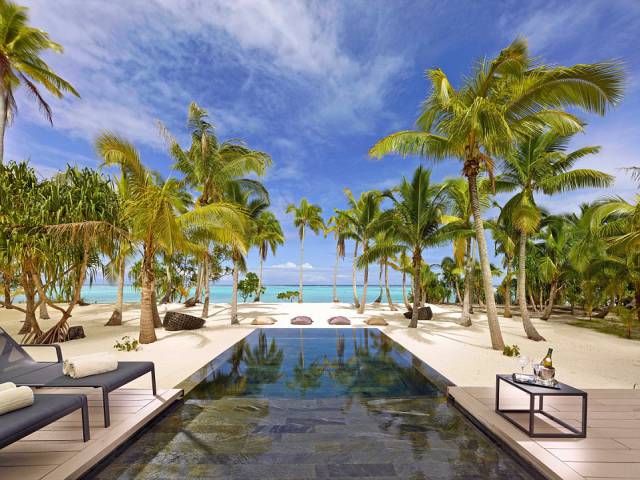 A castaway enjoying paradise with his family, Hollywood friends such as Quincy Jones and Robert De Niro were also invited to the hideaway and holidayed at Tetiaroa Village during the actor's lifetime 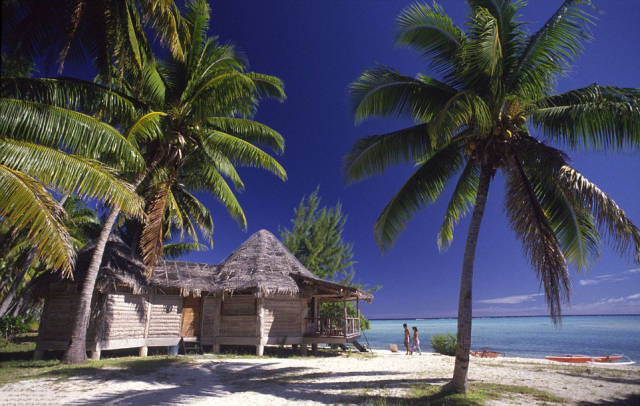 Not wanting to affect the island too drastically, Brando lived in a beach hut amongst Tahitian royalty and put off building until he could create a ‘responsible luxury.’ Pictured is The Brando resort pool nowadays 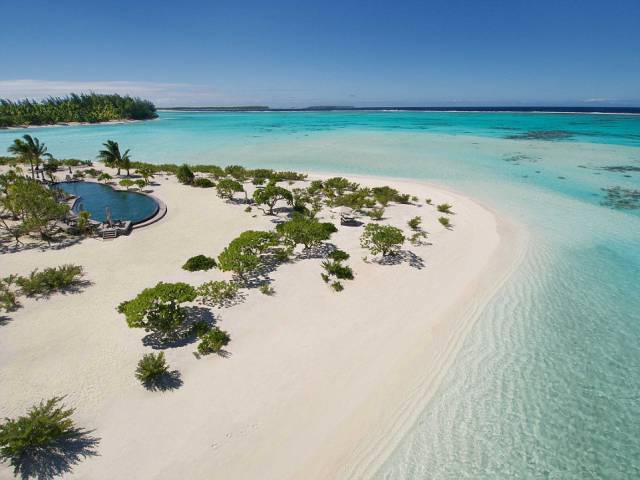 Then and now: An environmental visionary, Brando nurtured both the biodiversity and culture of the island, implementing eco-themed touches across the atoll 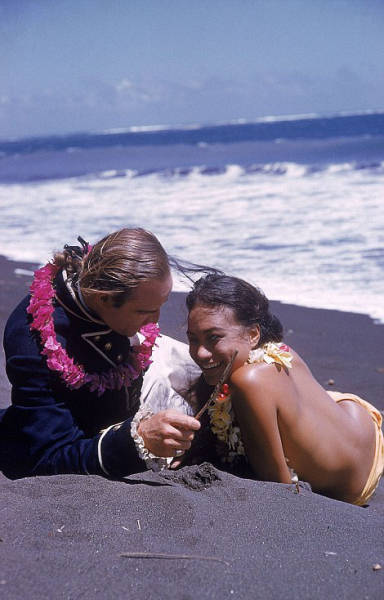 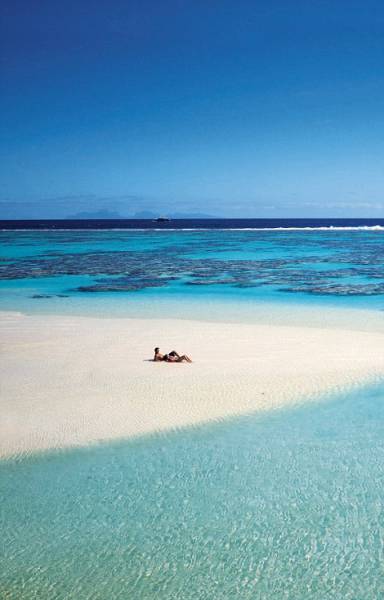 Since its opening as The Brando, the lush atoll has attracted a host of well-heeled honeymooners and holidaymakers looking for a dreamy escape, even fellow Hollywood star Leonardo Di Caprio is said to have visited. Pictured is the restaurant at sunset 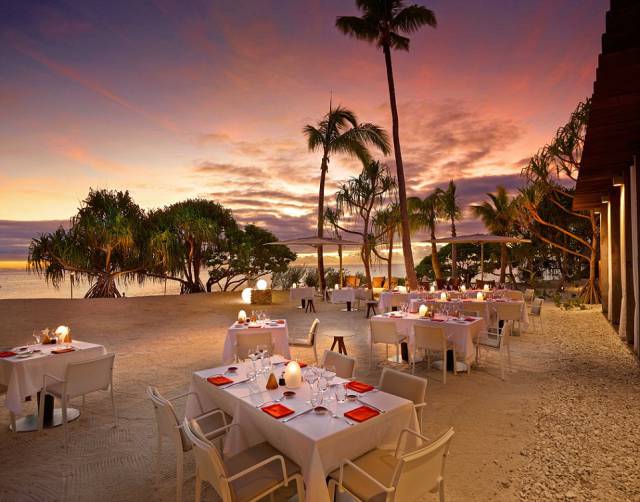 Eco paradise: Tetiaroa is a place of rare biodiversity and a natural sanctuary for birds and marine life 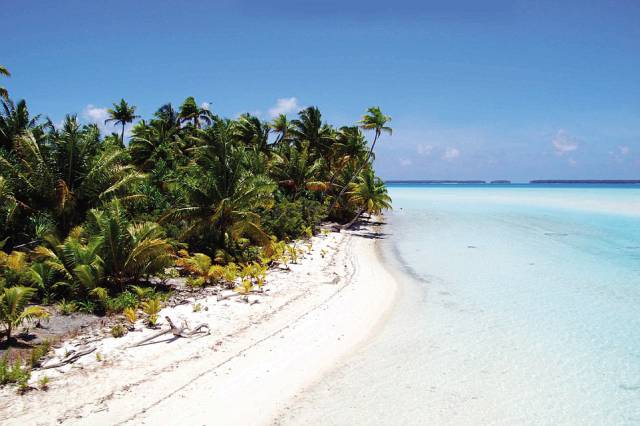 Holidaymakers can explore the lagoon by canoe, kayak or paddleboard. And there are opportunities to go on a guided nature trail or whale watching 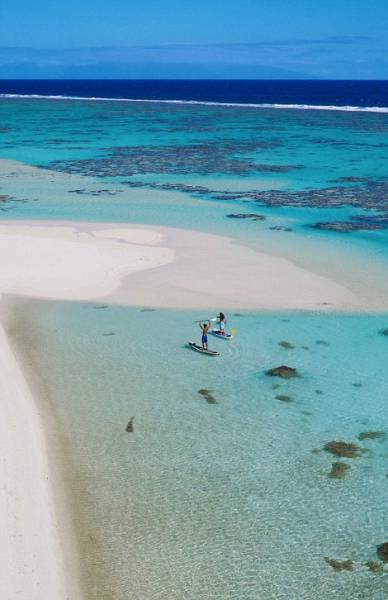 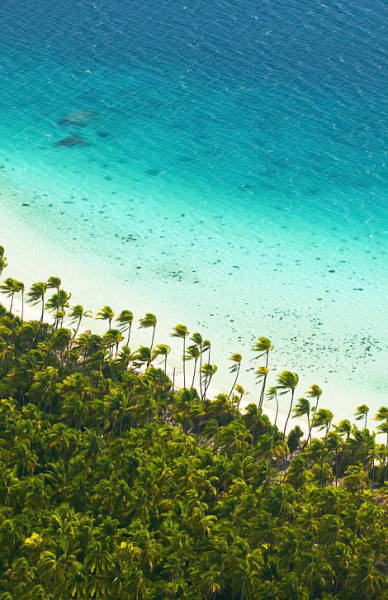 Eco conscious guests can chat with onsite scientists about their research into the wildlife on the island. Pictured is the beach restaurant at twilight 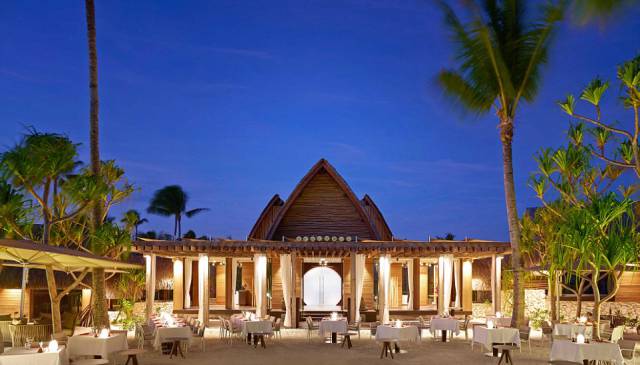 Brando and his friend Richard Bailey set about creating the world's first post-carbon resort. Pictured is The Brando's spa terrace 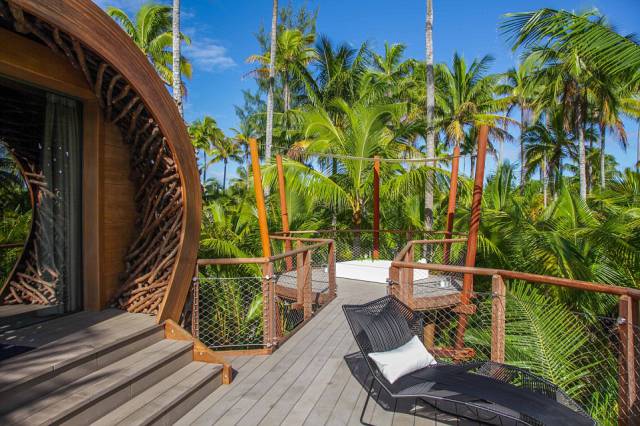 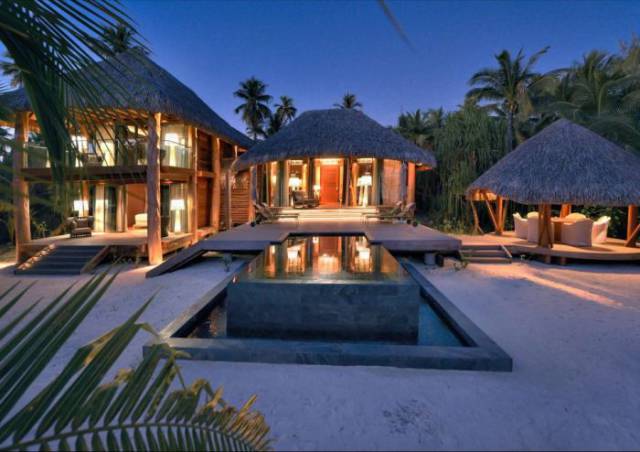 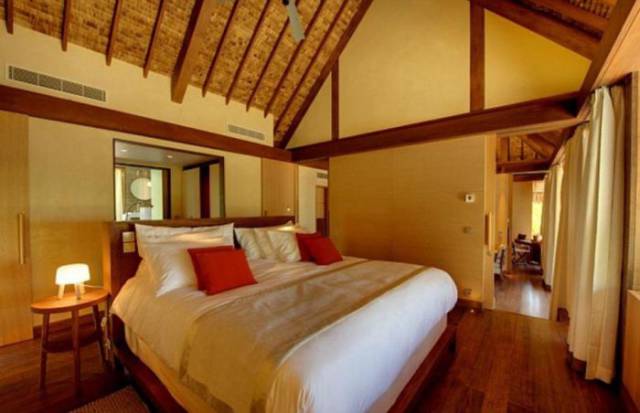 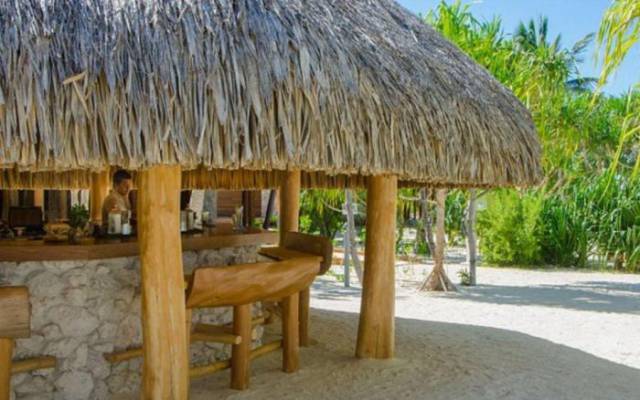 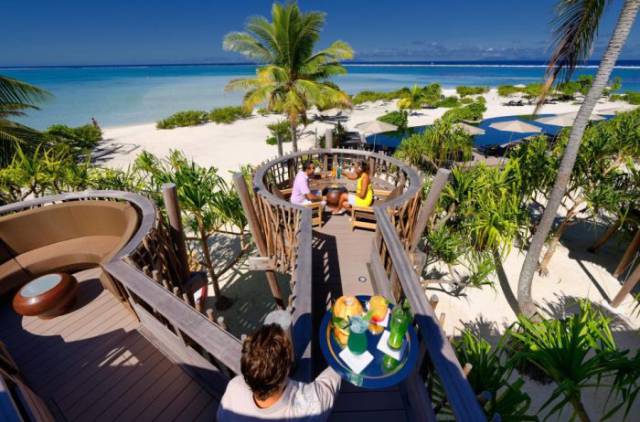 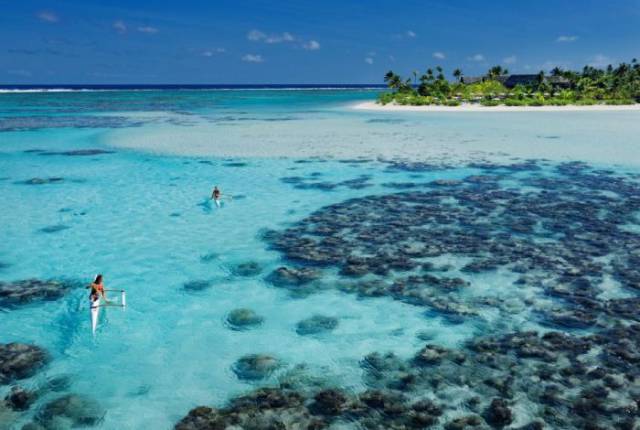 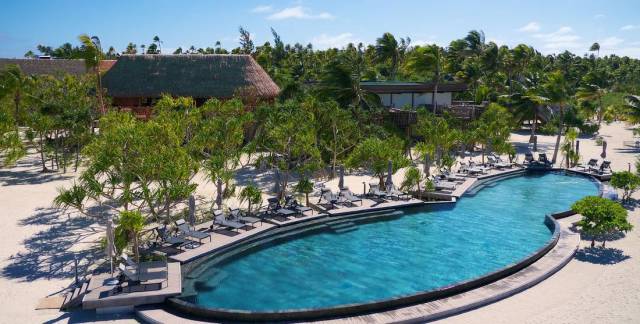 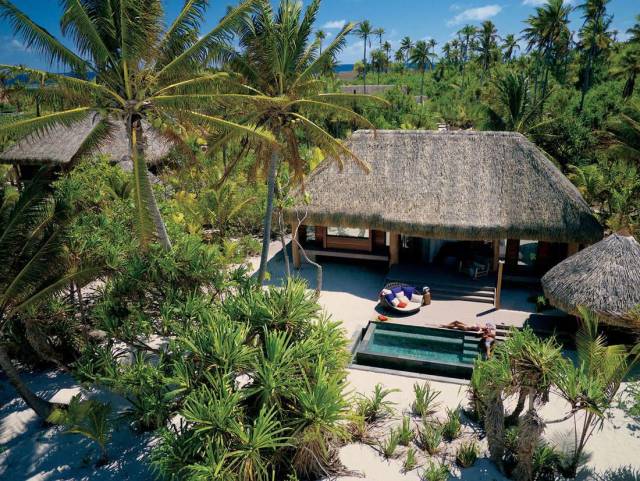 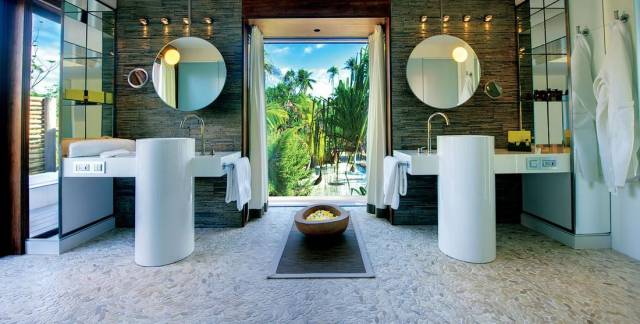