In June 2009, archeologists made a shocking discovery in the seaside town of Weymouth in Dorset, England. While preparing for the Weymouth Relief Road, they discovered a mass grave containing the remains of 54 skeletons and 51 skulls in a pile within a Roman quarry no longer in use. Experts think the men may have been executed for some sort of treason. 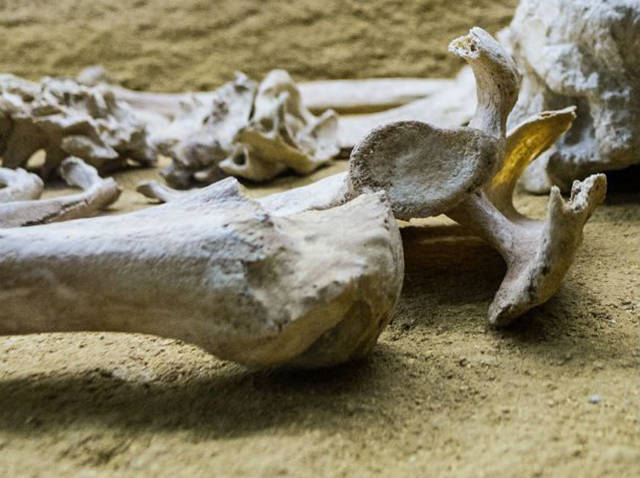 When Galileo Galilei, a famous Italian Renaissance astronomer, turned his newly constructed spyglass to the sky in January 1610, he had no idea he would discover the four largest moons of Jupiter (now known as the Galilean Moons). In fact, no scientist up to that day had predicted that the other planets would also have their own moons. 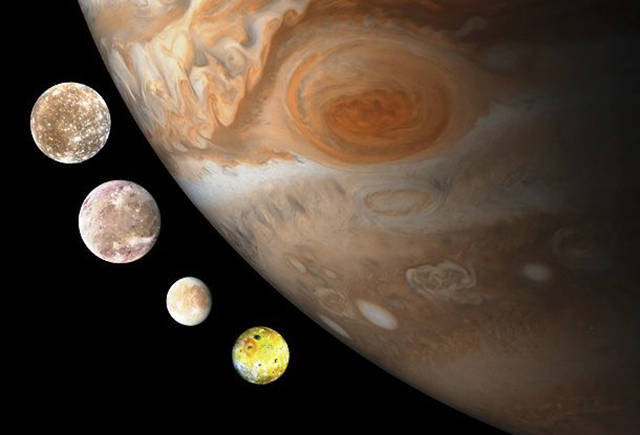 Antibiotics and vaccines have saved millions of lives, but to scientists’ surprise, some microbes are evolving faster than we can find ways to fight them. The influenza virus, for example, mutates so quickly that last year’s vaccination is usually ineffective against this year’s bug. Some hospitals might be also infested with antibiotic-resistant bacteria that can turn a small cut into a life-threatening infection. 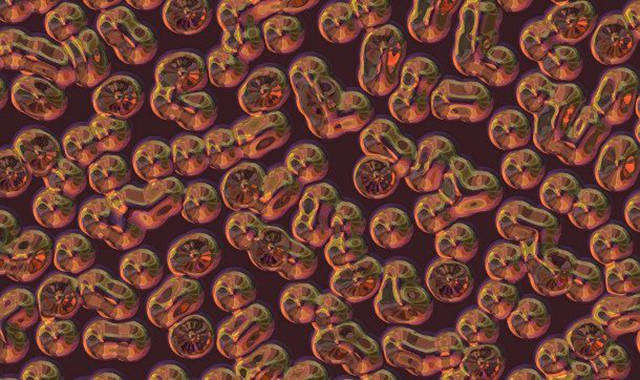 When the first moa bones were discovered in 1830’s, biologists were reluctant to admit they might belong to birds. Now we know that the Moa were gigantic flightless birds native to New Zealand. Their extinction occurred around CE 1300 – CE 1440, mostly due to overhunting by Maori tribes, who settled the island around 1280. 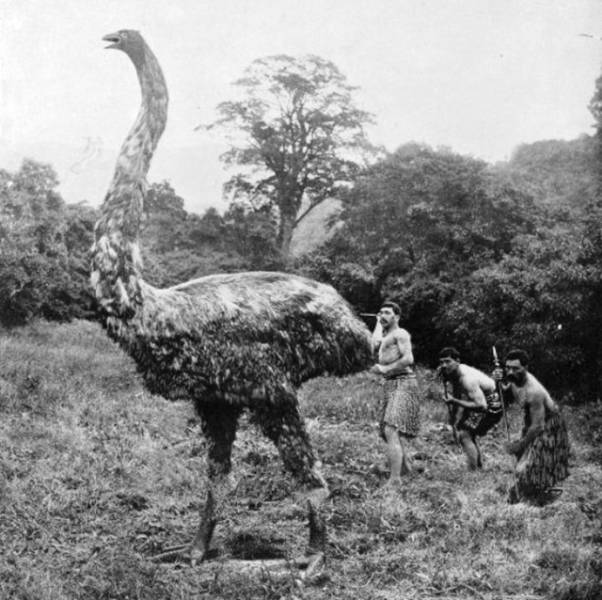 In 1987, while looking for a good place to observe hammerhead sharks, a director of the Yonaguni-Cho Tourism Association, Kihachiro Aratake, noticed some singular seabed formations resembling architectonic structures off the coast of Yonaguni, the southernmost of the Ryukyu Islands, in Japan. There is an ongoing debate about whether the site is completely natural, a natural site that has been modified or a man-made artifact. 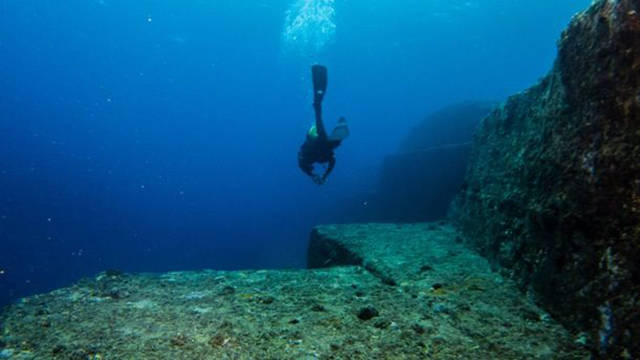 If you’ve gone any time without electricity, you know that batteries are really one of the most wonderful things in the world. The Baghdad Battery shows that battery power was sought after even thousands of years ago. The Battery is a set of 3 artifacts discovered in Khujut Rabu outside Baghdad, Iraq. Thought to be 2,000 years old, the set has a ceramic pot, a tube of one metal, and a rod of another. When filled with vinegar or similar liquid, the pot produces about 1.1 volts. There is no written record as to the exact function of the jar, but the best guess is that it really was a type of battery. 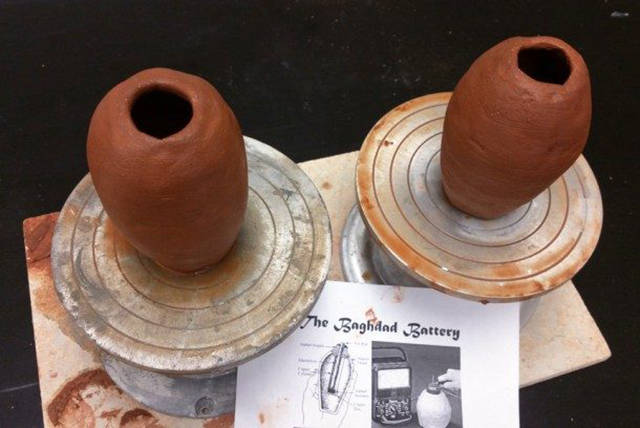 Infrared radiation was discovered by British astronomer William Herschel in 1800 when he was studying the heating effect of different colors of light. He was using a prism to produce a spectrum of colors and thermometers to measure their heating effect. These days, infrared is used in many areas including tracking, heating, meteorology, astronomy etc. 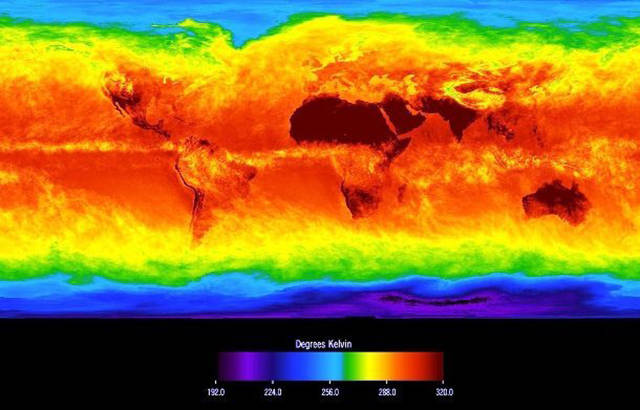 At −273.15° C (−459.67° F), absolute zero was thought to be the lowest limit of the thermodynamic temperature scale. However, a team of scientists from the Max-Planck-Institute in Germany recently proved this theory wrong. They managed to cool a cloud of gas atoms in a vacuum to below −273.15°C. The result of the experiment was so surprising for the researchers that they did not even know what to do with the chilled particles. 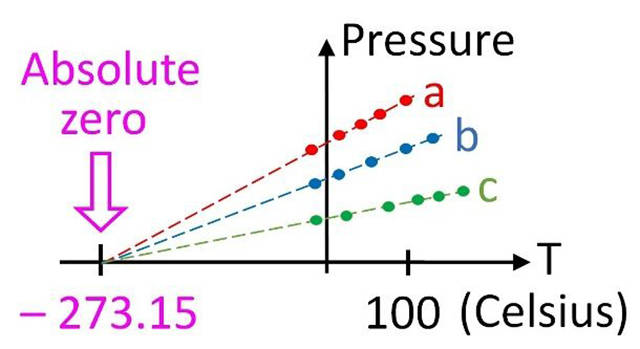 Scientists have recently released evidence that massive tsunamis may have rocked the Martian landscape some 3.4 billion years ago. This discovery blew the minds of many in the space community; the researchers think that two meteor strikes caused huge tidal waves that could have been up to 50 m (165 ft) high. 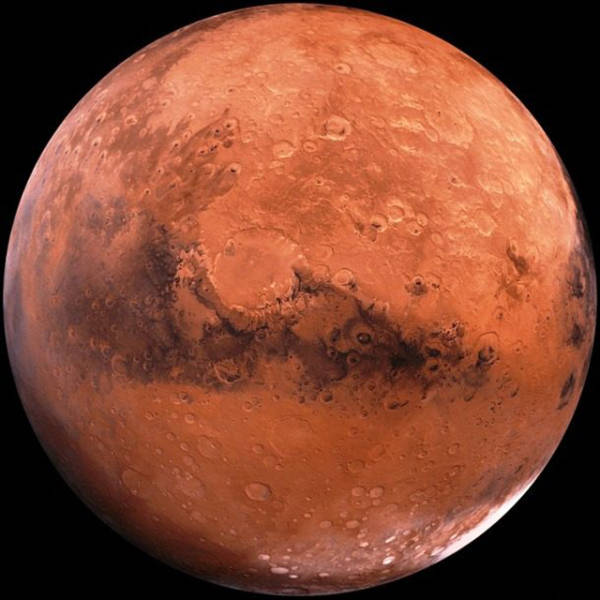 Located on the Diquis Delta and on Isla del Caño in Costa Rica, there is a variety of over 300 man-made stone spheres, (known as petrospheres). The spheres were discovered in the 1930’s as the site was being cleared for banana plantations. The spheres were probably made by the ancestors of native peoples who lived in the region at the time of the Spanish conquest, but their exact age and purpose still aren’t known. 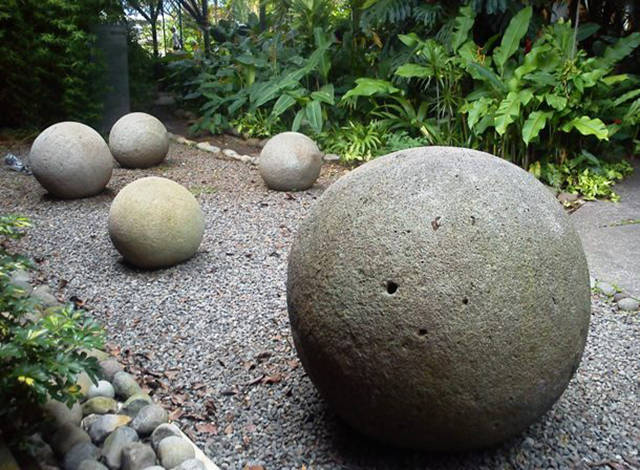 These days we hear about “alternative facts,” but what about “alternative memories?” Paranormal enthusiast Fiona Broome says she and many other people remember Nelson Mandela dying in the 1980’s in a prison, rather than in 2013 from an illness (the official version of Mandela’s death). She named this strange occurrence the Mandela Effect since there are many other cases of alternative memories that have been recorded among people from all over the world. 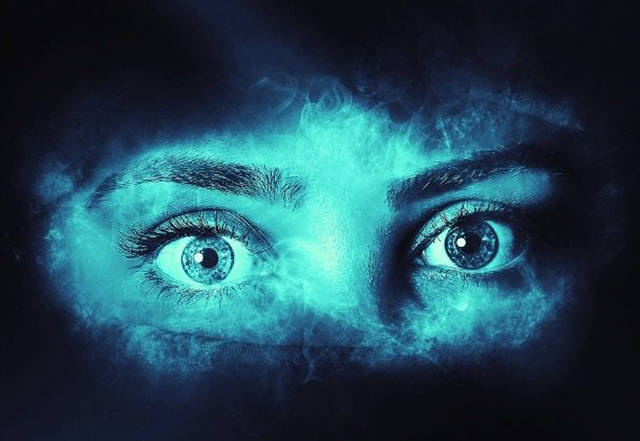 King Tut’s nearly intact Tomb was discovered by Egyptologists Howard Carter and Lord Carnarvon in 1922. King Tut was one of the most famous Egyptian pharaohs; his death, at the age of just 18, is still one of the greatest mysteries of ancient Egypt. The discovery of the tomb received worldwide press coverage, and it also sparked a renewed public interest in ancient Egypt. 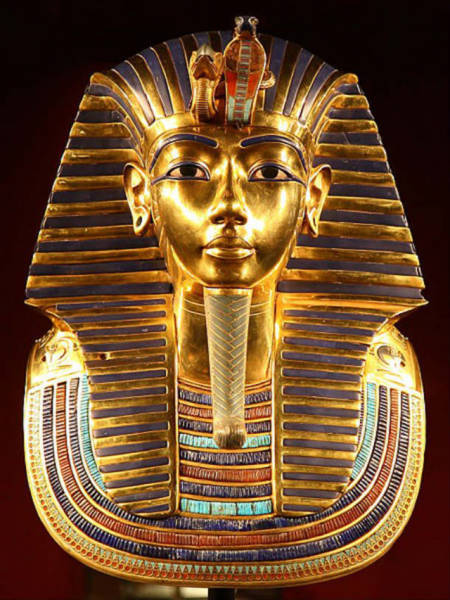 In 2013, a massive hurricane was discovered on Saturn by a NASA spacecraft circling the planet. The storm’s eye was about 2,000 km (1,250 mi) across with cloud speeds as fast as 530 km/h (330 mph). On Earth, warm oceans power hurricanes, but there are no oceans on Saturn, which makes the creation of such a gigantic storm difficult to explain. 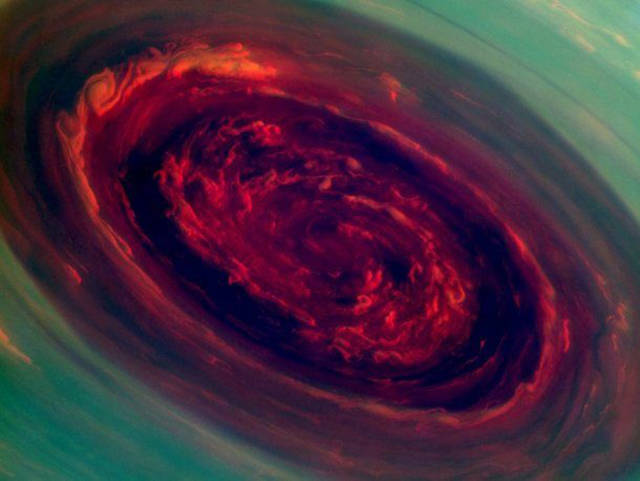 The Humpback whales produce strange songs that scientists have been trying to explain for decades. In 2015, a completely new, haunting sound was recorded in the Humpback whales near the Hawaiian Island of Maui. The mysterious new noise has such a low beat it’s barely audible to human ears. Scientists don’t even know how the sound is made or what purpose it has. 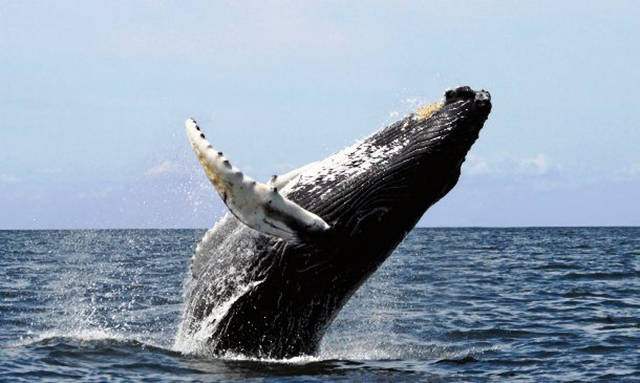 Located at Racetrack Playa, Death Valley National Park, California, the Sailing Stones were discovered in the early 1900’s. These rocks’ apparent movement has been blamed on everything from space aliens and magnetic fields to animals and pranksters; however, it has been recently discovered that the rocks, pushed by strong winds, actually slide on thin ice panels. 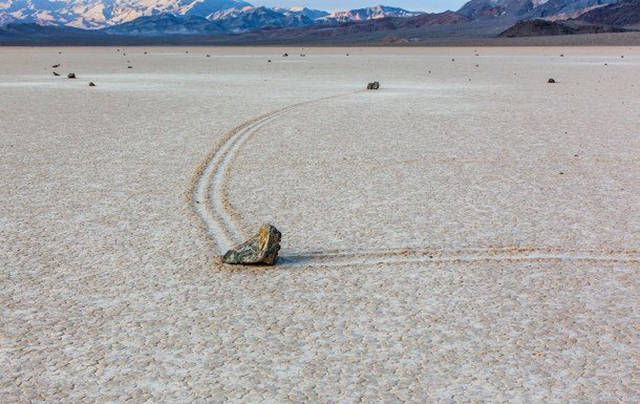 Mary Celeste was an American merchant sailing ship discovered floating around and deserted in the Atlantic Ocean, off the Azores Islands. The boat had left New York City for Genoa on November 7, 1872, and when it was discovered on December 5th, it still had most of its supplies. Even the captain’s and crew’s personal belongings were undisturbed. However, none of those who had been on board were ever seen or heard from again. 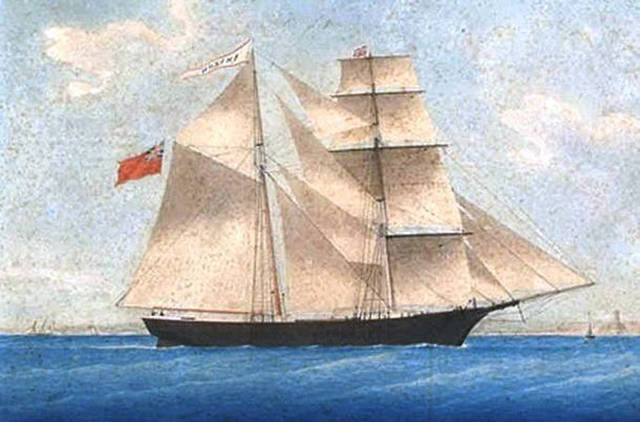 One of the strangest and most fascinating objects found in outer space, black holes are regions of space and time that have such strong gravitational effects that nothing can escape from inside them. Albert Einstein first predicted black holes in 1916 with his general theory of relativity. The term “black hole” was created in 1967 by American astronomer John Wheeler, but it was not until 1971 that the first actual black hole was finally was discovered. 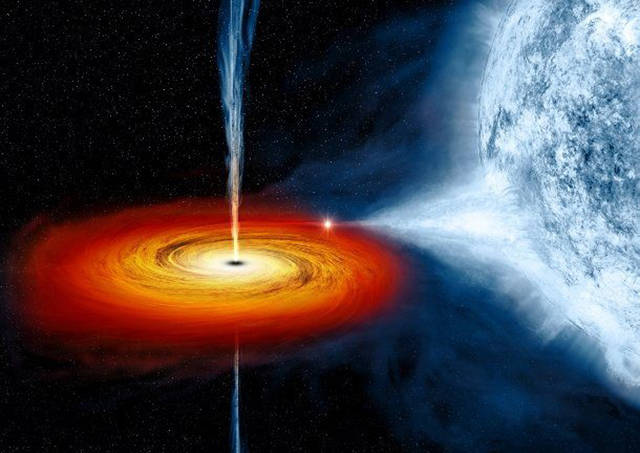 While it might seem like an unbelievable thing, it’s true that the first analogue computer was built around or before 100 BC. The Antikythera Mechanism is an ancient analogue computer used to predict astronomical positions and eclipses for calendars and astrology. Discovered in July 1901 in the shipwreck off the Greek island of Antikythera, the mechanism is believed to have been designed and constructed by Greek scientists between 200 BC and 100 BC. 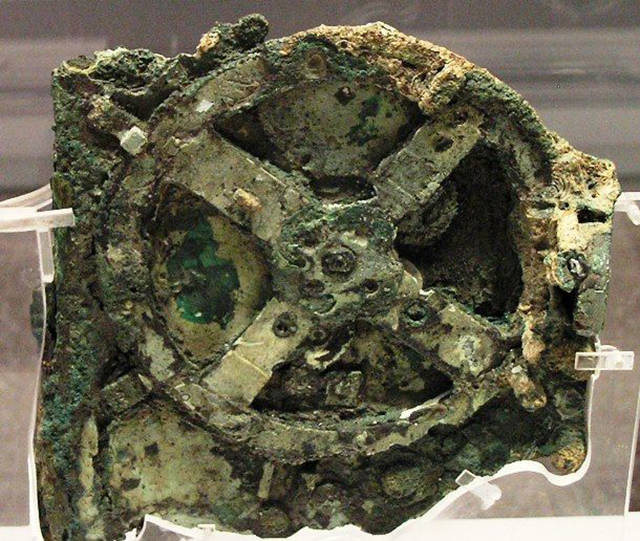 In 1998 after a series of experiments, scientists revealed that gene expression is controlled by a phenomenon called RNA interference. This process defends against viruses that try to insert themselves into DNA, and controls gene expression. This discovery was awarded a Nobel Prize in 2006 and has directly led to research on “silence genes” that cause problems for the body, such as the gene causing high blood pressure. 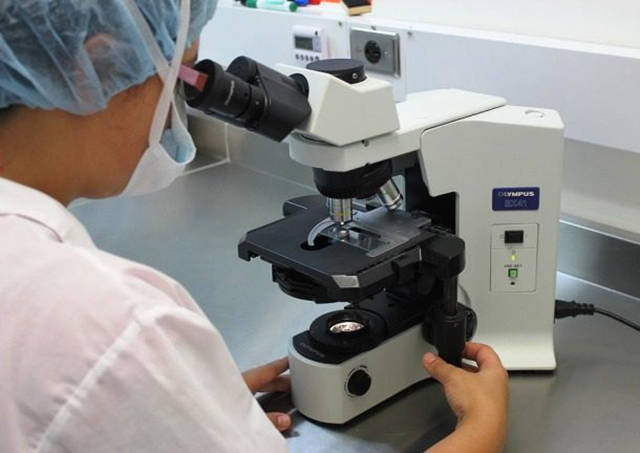 One of the most mysterious archaeological discoveries ever, the Shroud of Turin is believed to be the burial shroud of Jesus Christ. This long piece of twill cloth has traces of blood and a darkened imprint of a man’s body. The Catholic Church officially recorded the existence of the shroud in 1353 when it showed up in a church in Lirey, France. However, the legend of the shroud is much older, dating back to A.D. 30 or 33. 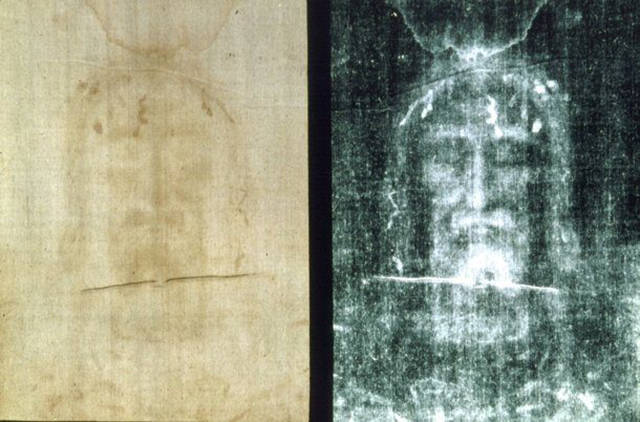 Arguably the most mysterious manuscript that has ever been discovered, the Voynich Manuscript is an astonishing artifact whose origins and language are completely unknown. The manuscript is full of plant life, strange symbols, and diagrams, and it is written in a mysterious language that can’t be traced back to any known civilization. 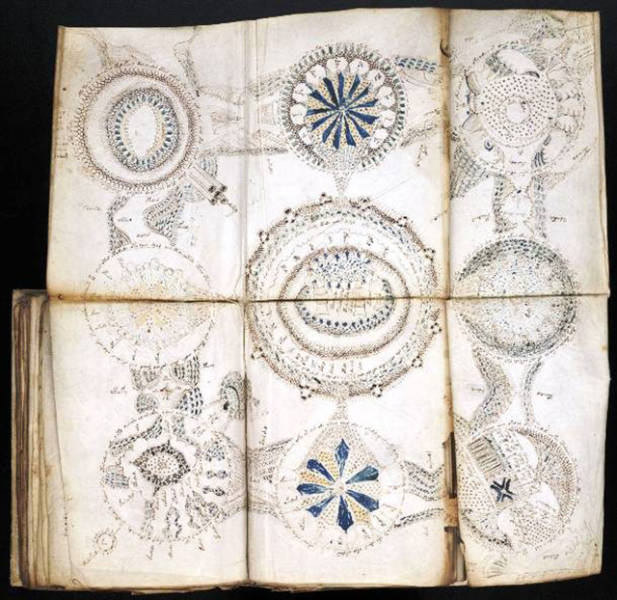 Using the IceCube Neutrino Observatory, physicists in Antarctica have recently found evidence of cosmic rays from outside the solar system. The energetic rays themselves are very difficult to notice; therefore, scientists have to rely on the discovery of neutrinos (a sub-atomic particle) produced as the cosmic rays interact with their surroundings. 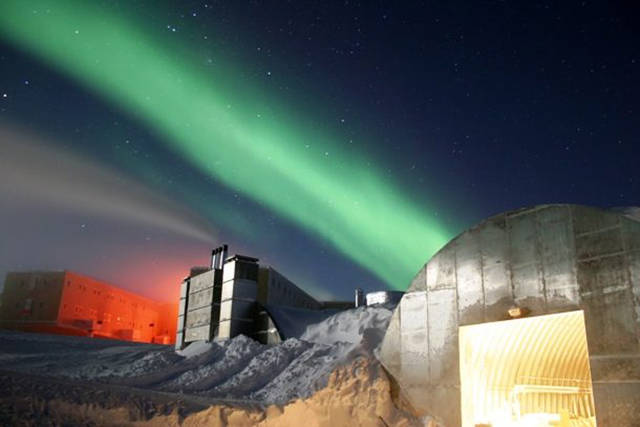 In 1971, paleontologists discovered a large mass animal grave in an Idaho corn field. Once a waterhole, the site was home to about 200 different animal skeletons. The animals were probably suffocated and buried there by a deep layer of volcanic ash some 12 million years ago. The site is now known as the Ashfall Fossil Beds State Historic Park. 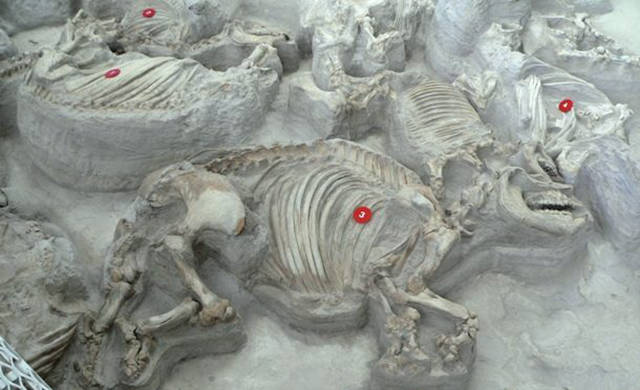 Otha 1 year ago
#16 Why then is the ship depicted with what looks like an English flag flying from it if it was an American ship?
Reply