These TV Shows Can Be Rightfully Called “Must See” (23 pics)

David Chase's mob epic is the daddy of all "Golden Age" television. It's the sprawling story of Tony Soprano — a towering James Gandolfini — trying to stay sane while straddling his personal life as a suburban dad and his other life as a ruthless mob boss.

It's one of the first shows to introduce novel-like storytelling powers and character-building in a serialized television show, and still stands as one of the best. 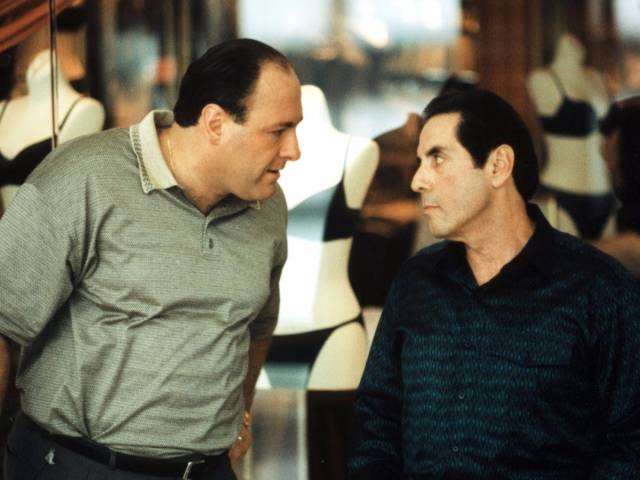 I'm not sure who's going to end up being the ruler of Westeros, but "Game of Thrones" is definitely the king of TV. Its backstabbing characters, knotty plot lines, and astounding visual effects (dragons!) makes it one of the most obsessed-over shows on TV — right now, and ever. 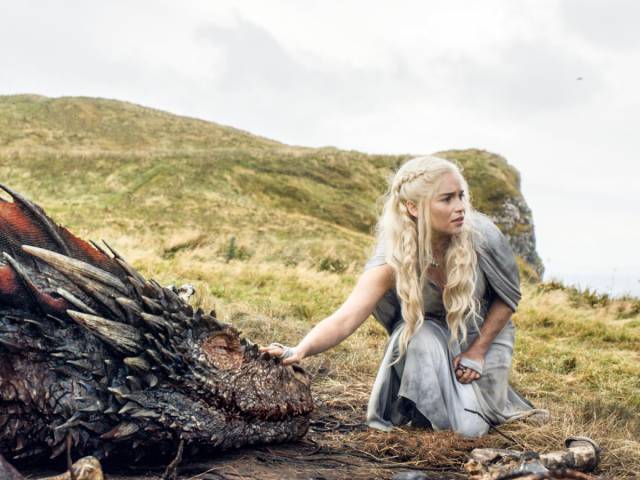 Former Baltimore police reporter David Simon wrote "The Wire," which looked at drug dealers and their relationships with the city's police force through their own eyes. His knowledge of the subject made the show feel gritty without being exploitative, and moving and empathetic instead of merely polemical. 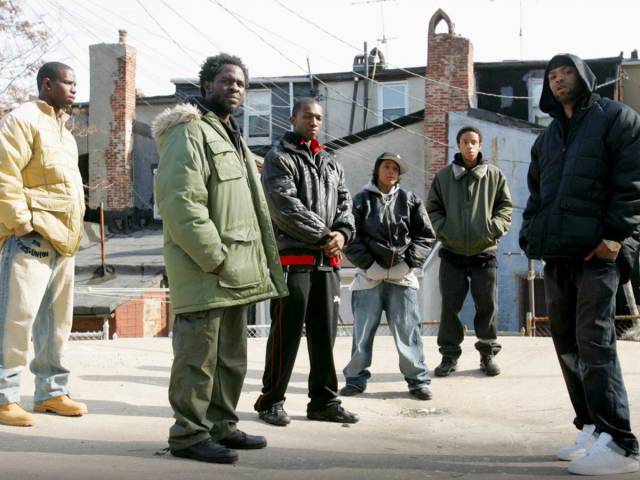 Walter White's descent into the meth-cooking underworld while he struggled with cancer made "Breaking Bad" utterly gripping TV. Critics have, in particular, praised it as a nuanced morality tale and for Bryan Cranston's performance in the lead role. 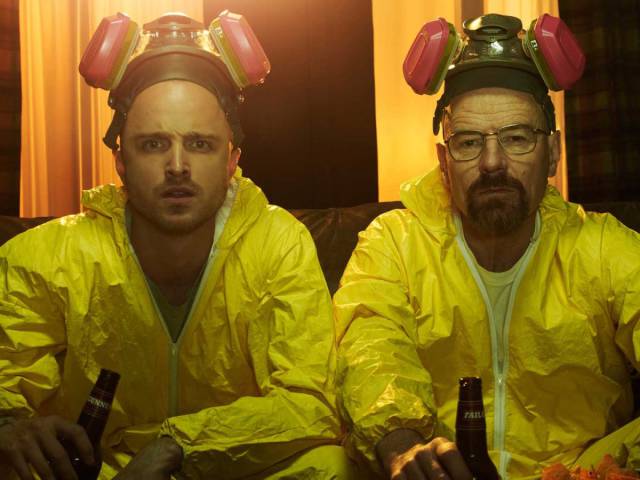 Jerry Seinfeld and Larry David's creation launched a thousand quips — "shrinkage," "the jerk store called," "yada yada yada" — and might be the most important show in all of pop culture. Seinfeld's semi-autobiographical role was a template for Louis C.K. in "Louie" and Aziz Ansari in "Master of None," and the show is durable enough to be a persistent presence in meme culture. 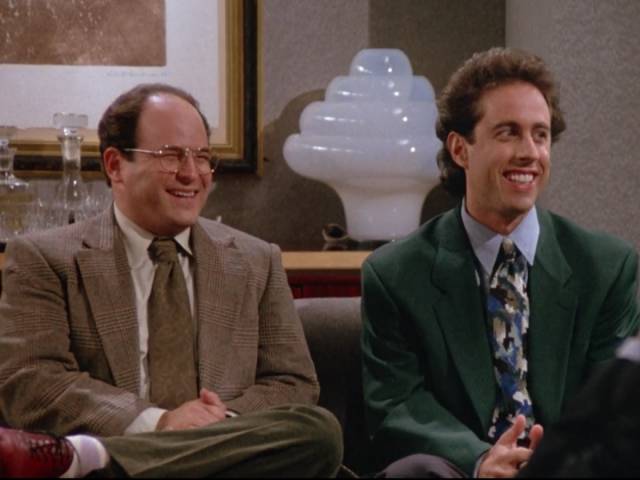 "Seinfeld's" greatest legacy, though, may be "Curb Your Enthusiasm." Larry David put himself at the center of the show, after Jason Alexander played a fictionalized version of him in "Seinfeld." It has much of the DNA of his previous show, but the humor is more caustic and HBO-appropriate. 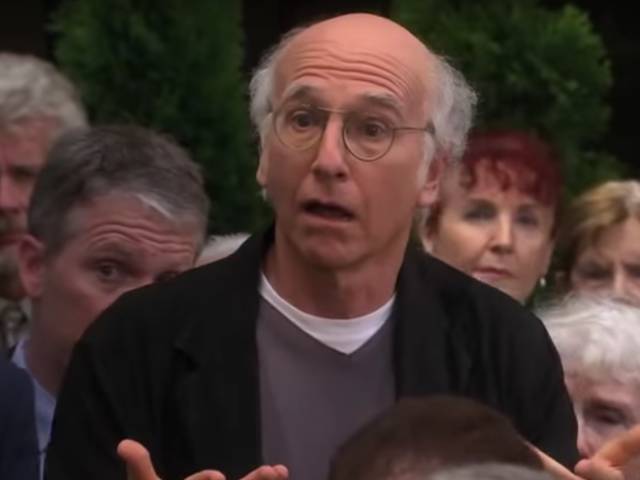 At 28 seasons and going, it's amazing how "The Simpsons" has managed to stay so relevant, and so good. The lives of Homer, Marge, Bart, Lisa, and the rest of the town of Springfield are all lovable in their own way, and have proved to be the best at parodying American culture. 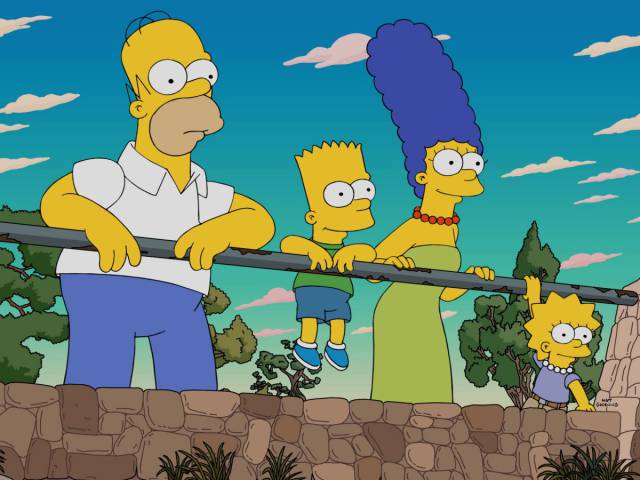 Like "The Simpsons," "Futurama" was made by Matt Groening. Unlike its earthbound cousin, it was perennially under threat of cancellation. That isn't a reflection on its quality, though. "Futurama" — which followed the adventures of Philip J. Fry, a pizza delivery man who gets cryogenically frozen and wakes up 3,000 years later to join a misfit family of mutants, aliens, and robots — is just as clever. It also packs an emotional punch, not shying from the tragedy of what it's like to live a life a millennium after everyone you ever knew died. 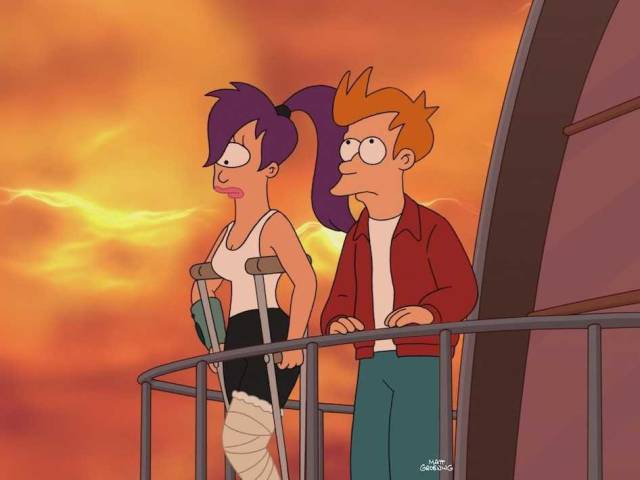 Donald Draper in "Mad Men" stands as perhaps the preeminent portrayal of masculinity from today's "Golden Age" television dramas. Set in the 1960s and made with lavish detail, it tells the story of the accomplishments and scandals of his advertising firm, Sterling Cooper. 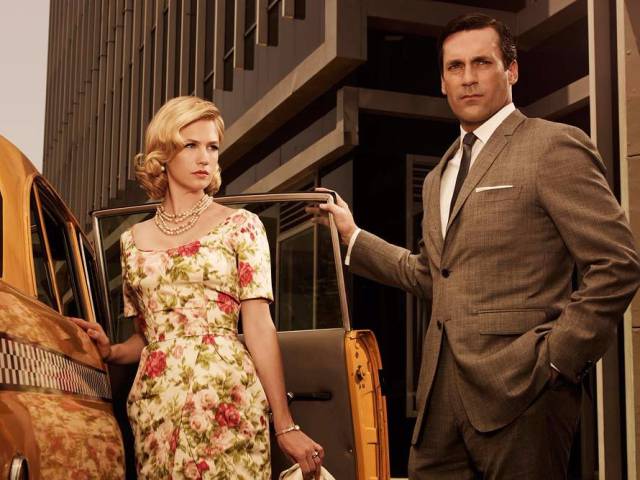 "Twin Peaks" might just be the strangest mainstream television show you'll ever see. Ostensibly, it's about an investigation surrounding the murder of prom queen Laura Palmer in the small Washington state town of Twin Peaks. But as the story unfurls, it becomes more about the odd characters who live in the town, the supernatural mysteries in the surrounding woods, and the inscrutable evil that people are capable of.

The show's second season, aired in 1991, admittedly meanders a bit too far from the plot. But stick with it, because the ending is worth it. The show's revival, currently airing now on Showtime and set 25 years later, captures the magic of the original and propels the show to new heights.

David Lynch has made some incredible movies over the years, but "Twin Peaks" — which he runs in collaboration with Mark Frost — may just be his masterpiece. 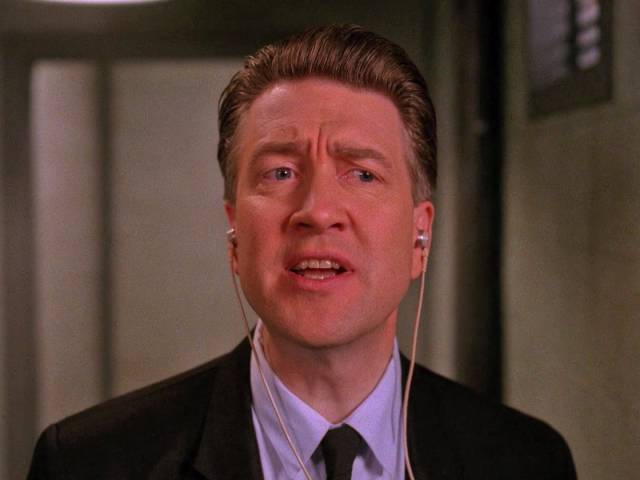 "Buffy" is about a teen vampire slayer who deals with, well, being a teen and being a vampire slayer. Created by Joss Whedon and starring Sarah Michelle Gellar, the show's won plaudits for being a landmark of mainstream feminist storytelling and for being a major contribution to the huge body of vampire stories in pop culture. 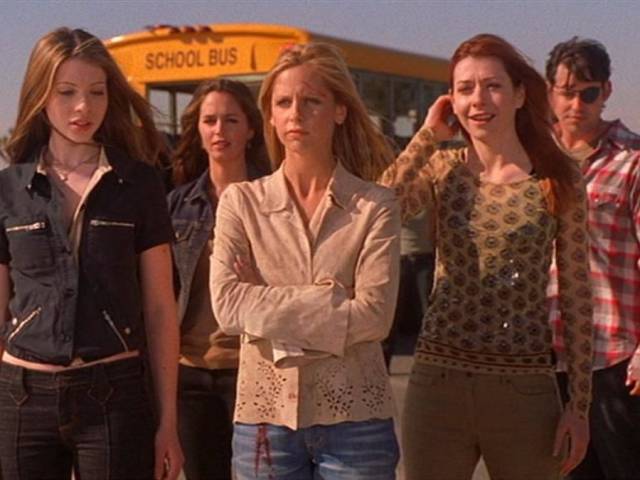 "I Love Lucy" was one of the first sitcoms to sweep the nation, and it remains one of the best. Though in black-and-white and shot in front of a live studio audience, the comedy remains razor-sharp, and Lucille Ball is a delight to watch. 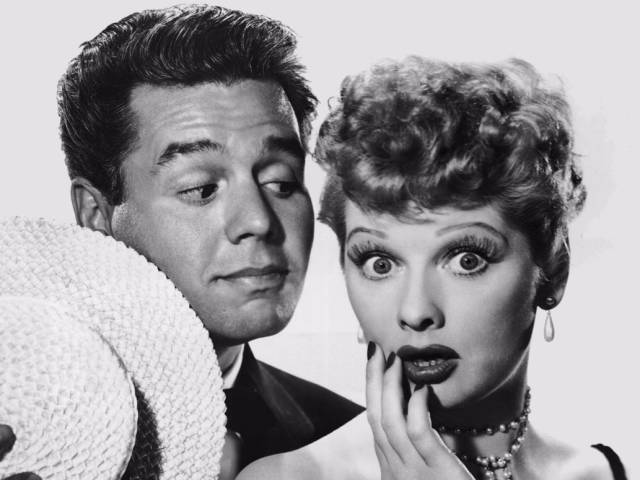 The best of Norman Lear's many television shows, "All in the Family" was a sitcom that turned a mirror on America. Archie Bunker embodied a certain kind of suburban father figure prevalent in the country's landscape, and his rash attitude and socially charged discussions were surprisingly explicit for the time — and remain relevant today. 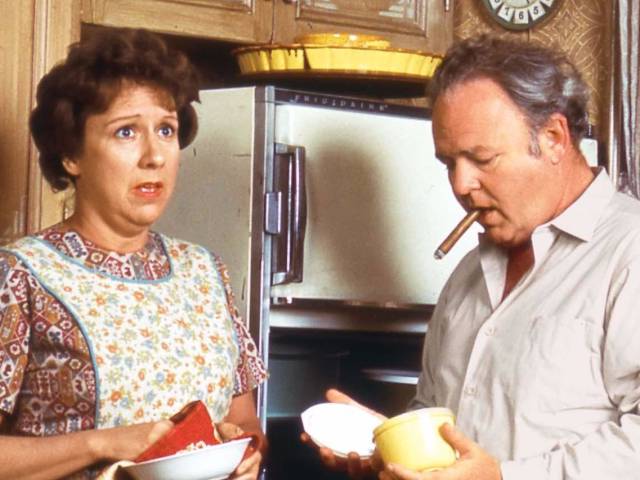 It's hard to make a good science fiction show for television, but "The Twilight Zone" not only made that work, it came up with a new high-concept conceit for each episode. Rod Serling's masterpiece put everyday suburban people in weird situations, with each episode carrying some kind of moral parable. 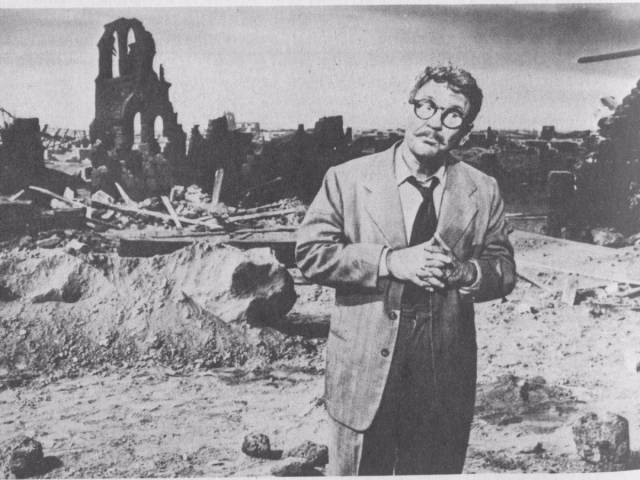 If "Twin Peaks" was the start of fans endlessly puzzling over a TV show to figure out its mysteries, "Lost" may be its greatest descend ent in that area. Over six seasons, the show's plane crash survivors, trapped on an island, tried to figure out what they were doing there and what they would do with each other. In addition to inspiring a million fan theories, the strong character development kept viewers returning for more. 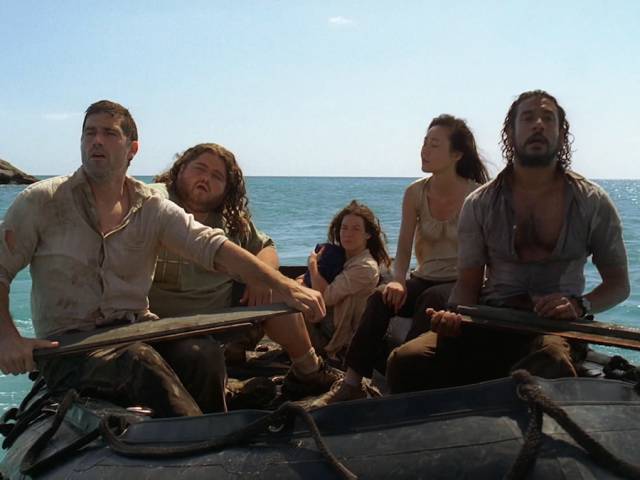 The miniseries "Roots" was not only a landmark in television, it inspired reams of scholarship and a significant amount of interest in black history in the United States. Adapted from Alex Haley's novel of the same name, it tracked the lives of one black family from enslavement to liberation. It was also remade in 2016, which also received much acclaim. 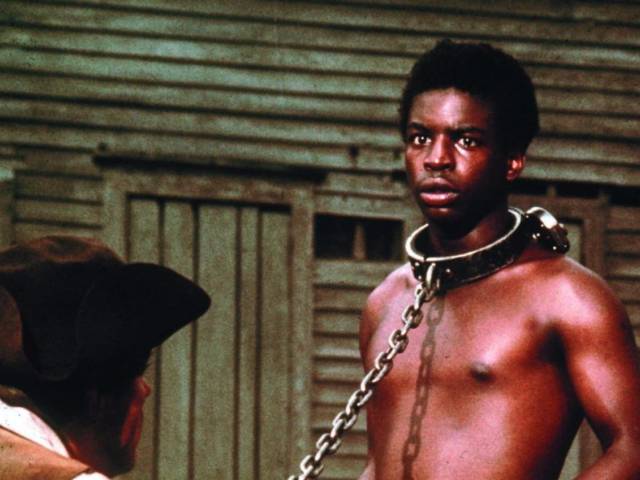 ESPN's eight-hour documentary about Simpson's life, alleged crimes, and controversies is both an astonishing feat of filmmaking as well as journalism. It was made at a time where we thought we knew everything about the former football's player's life, yet it uncovered new details and breathed new life into athe way we talk about the man. 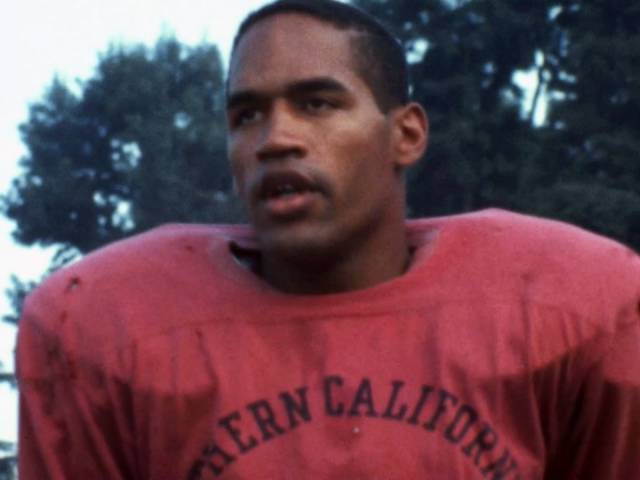 Few documentaries have made a real-life impact like "The Jinx." Robert Durst was the central suspect in a string of murders for decades, but never went to prison. Durst, impressed by director Andrew Jarecki's film "All Good Things," partly based on his life, agreed to sit for 20 hours of interviews with him despite never granting other reporters any access. 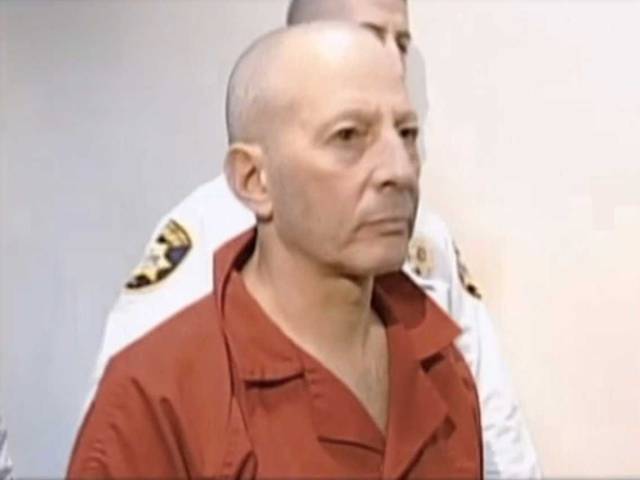 "The Leftovers" takes place three years after the "Global Departure," an unexplained event where 2% of the world's population suddenly disappeared.

The characters are all dealing with the aftermath, either trying to keep their families together or running off and joining cults.

What's extraordinary about the show is that it doesn't veer from the event being what it is: a tragedy. The loss of family members never becomes just another fact of life; it's millions of lost lives, and the show delves into how they effect the people left behind. 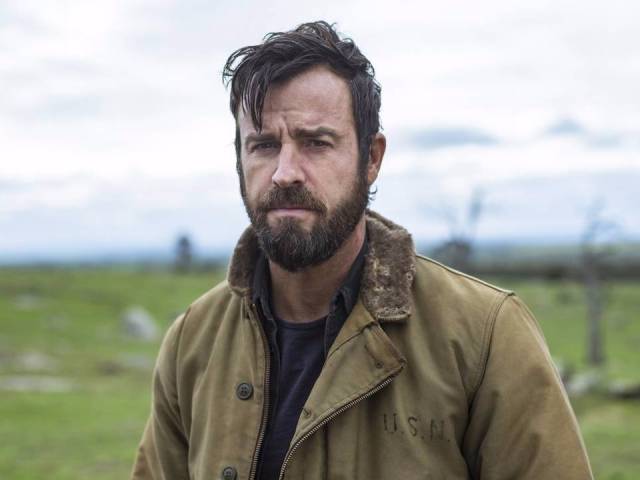 This century has no dearth of great sitcoms. The greatest among them was "The Office." A remake of a British show of the same name, the workplace satire quickly became its own beloved phenomenon. 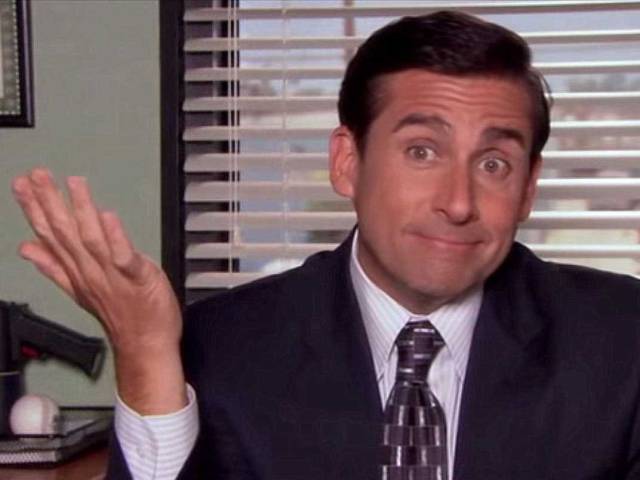 One of the early great television shows, "The Andy Griffith Show" was about a sheriff without many crimes to solve. Instead, he spent his days trying to be a father and a good neighbor. It's a wholesome, often moving comedy that laid the foundation for dinner time family television. 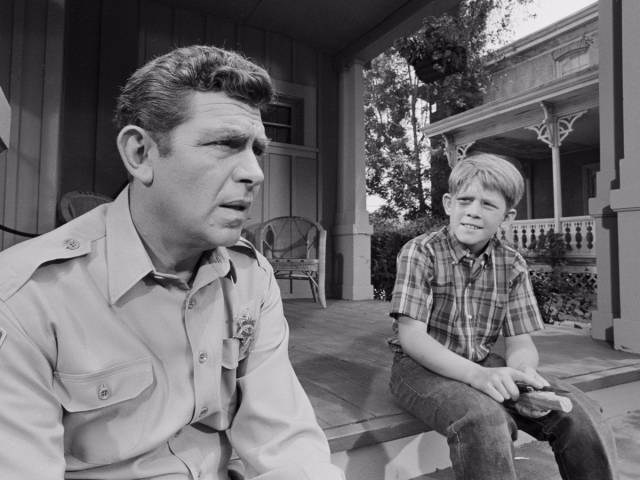 Moore made waves for her frank, startlingly funny portrayal of a single career woman as the central character. It brought a certain kind of bachelorette life into millions of television screens, and broke stereotypes for what women could do and who they could be. 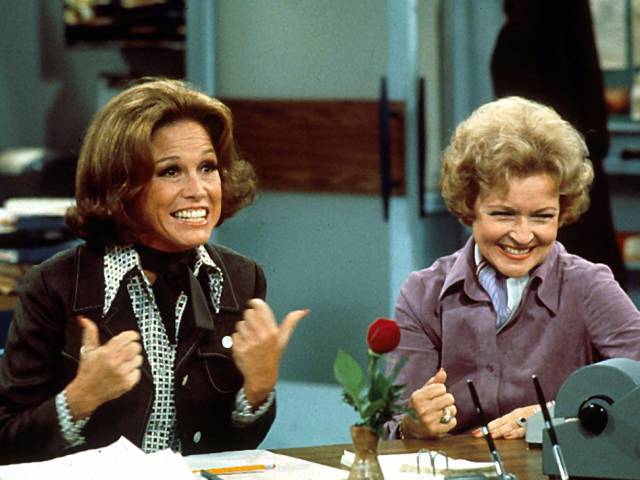 Yes, it's a kid's show. And yes, you should watch it. There's no other children's show that appeals to, well, everyone. Spongebob, Patrick, Squidward, and the rest of the Bikini Bottom gang are somehow endlessly funny to watch, and the episodes stand out as inventive and colorful even after a nearly two-decade run. 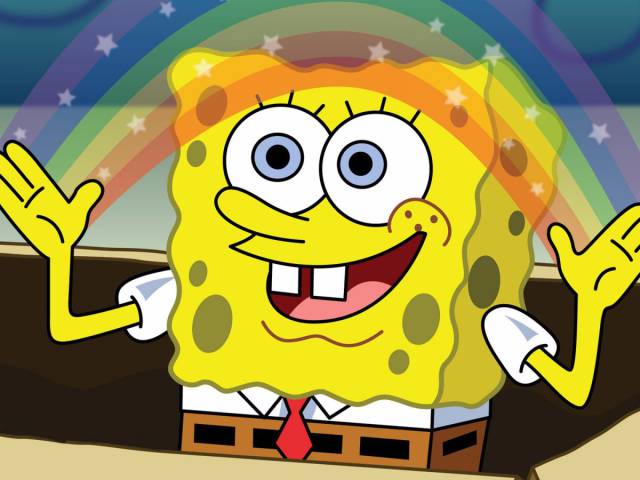