Discovered in 1984 off the coast of Israel, the Ruins of Atlit Yam is an ancient neolithic village completely submerged underwater. Many of its structures remain preserved with several human skeletons found as well, including a mother and child. Both are said to have died from tuberculosis. The mystery surrounding the village is how it ended up underwater in the first place. Some point to a possible tsunami caused by the volcanic collapse of Mount Etna. 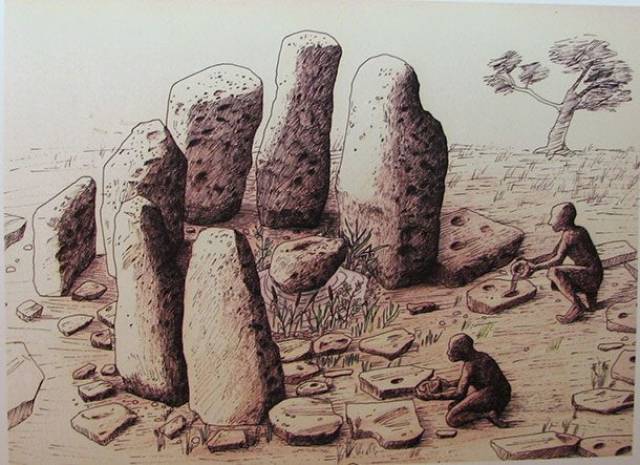 Rat Kings are essentially a bunch of rats with their tails tangled together. It’s a bizarre, disturbing, and rather disgusting display of something most people don’t want to think about. Regardless, the real mystery lies in how it actually happens. Some claim its just a hoax, while others say its technically possible. Rats could get their tails tangled together on a cold day especially if they came in contact with a sticky agent. 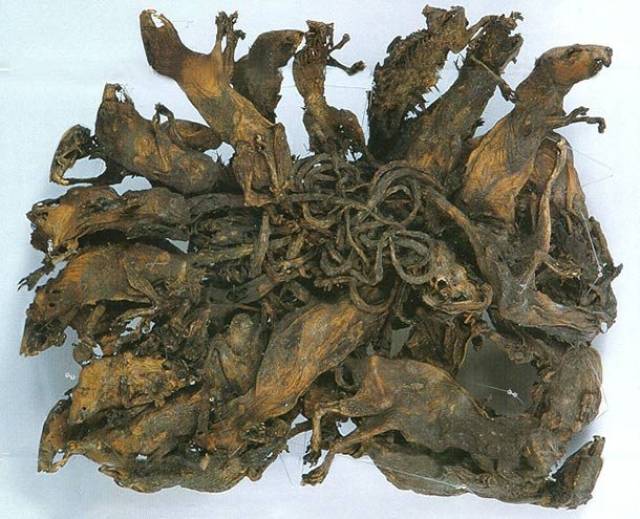 Labeled an “ancient Greek computer” sent from aliens (obviously), the Antikythera Mechanism was discovered in a deep sea ship wreck in 1900. It is able to accurately track the paths of the sun, moon, and planets, and nothing as technologically advanced shows up on the historical time line until some 1,000 years later. While there are small hints in reliable historical documents that have lead to a few key theories, the exact origin of the mechanism remains a mystery. 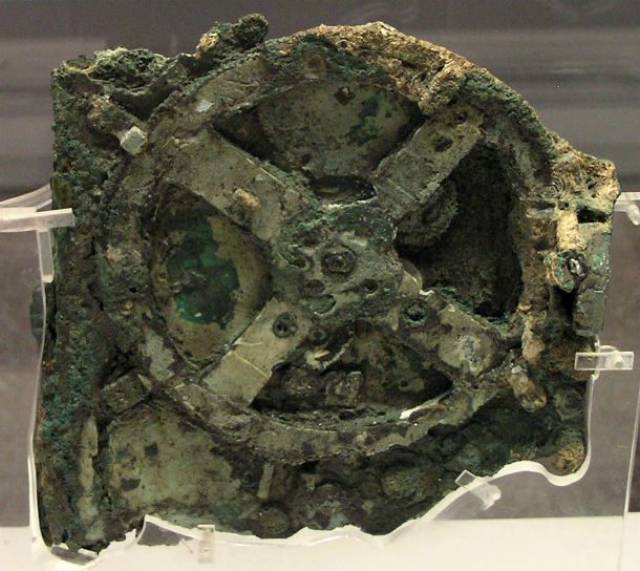 The Ubadian culture lived in prehistoric Mesopotamia around 4,000 BCE, and they were relatively advanced for their time. Of the artifacts found, the Ubaid Lizardmen still perplex archeologists. They are all statues and figurines that look like lizard people. What they represented is the key mystery. Some say they represented their gods, but this has been discredited by archeologists, saying the posture is different than usual ritualistic artifacts. 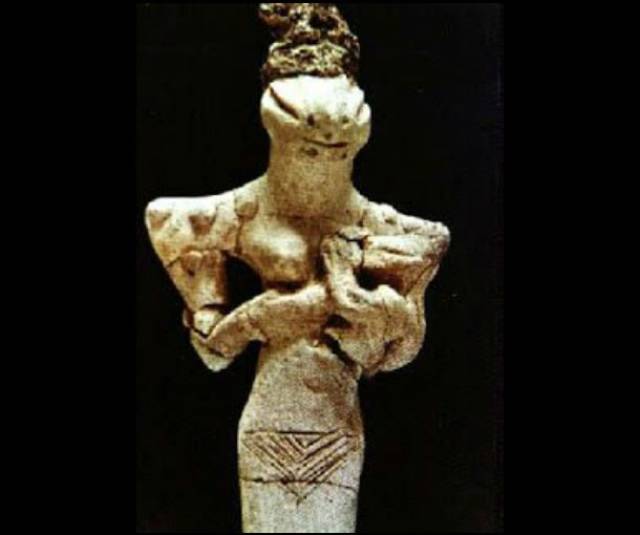 The Winnipesaukee Mystery Stone was discovered in 1872 by construction workers hired by Seneca A. Ladd. An egg-shaped relic that looks Native American in origin, no one could really solve what it was or where it had come from. Many other egg-shaped relics like it have been found across the world, but this is the first found in North America. Of the most mysterious parts of it are the holes on the sides like someone bored them out with a power tool. While many theories exist, few of them really solve the mystery surrounding it. 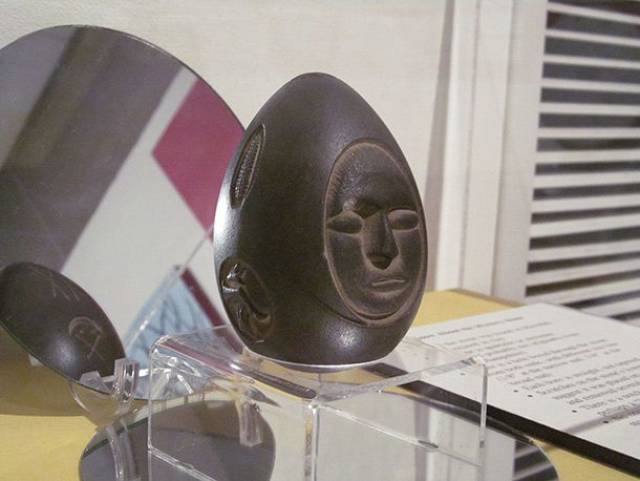 The Tomb of China's First Emperor

The Tomb of China’s First Emperor was first discovered in 1974 by farmers, and it became one of the largest discoveries in history. The famous terracotta army was excavated from the find and nearby is the tomb buried underneath a hill. But whatever is inside remains a mystery as archaeologists refuse to excavate the site. First, legally China won’t allow it due to science not being able to preserve the site well enough. But, also, it’s life-threatening. It’s said in historical documents the tomb has a river of mercury surrounding it and soil samples prove this to be true. To date, the site remains a prominent mystery that might not be solved for some time. 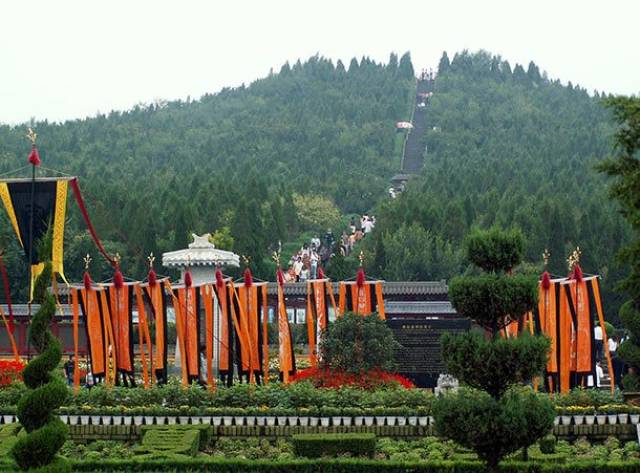 Found in the early 1900’s by scholar Hermann Hilprecht, the Sumerian King List still perplexes historians today. The 4,000-year-old cuneiform tablet combines both mythical Sumerian kings and real kings within the same document with incredible accuracy. However, historians struggle to interpret the reason they would include mythical figures in an accurate document. Some believe these mythological kings may have existed in some form and were said to have supernatural powers to heighten their legend. 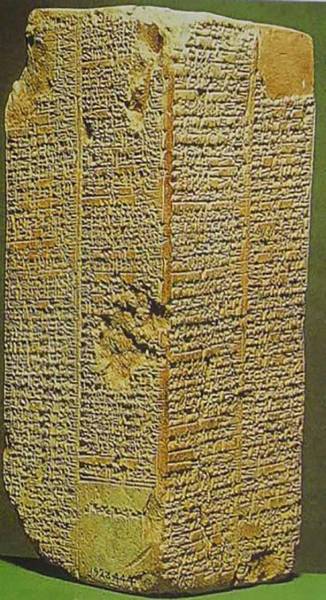 Dating between 800 and 1,000 CE, about 170 Viking swords have been discovered all with the inscription “Ulfberht” on them. The mysterious thing about them is the incredible craftsmanship for their time and their rarity. Archaeologists are baffled by the purity of the metal that they thought couldn’t be done until the Industrial Revolution. With how strong, rare, and powerful the swords were, many believe they could have been considered “mythical” at the time and used by the most elite Vikings. 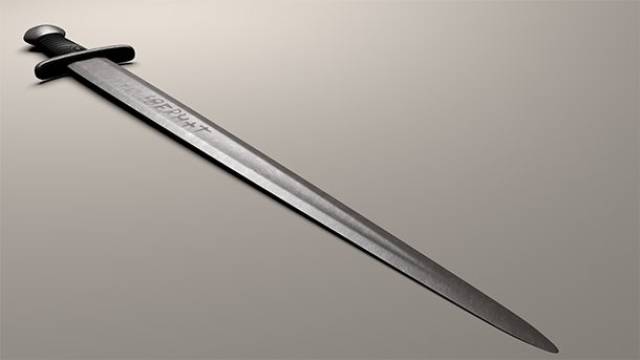 The Shroud of Turin is a fourteen-foot-long piece of cloth that stretched across a man’s body. The imprint of the man is on the cloth with his hands clearly showing he was crucified. When it was discovered, people theorized it could be the burial shroud of Jesus Christ. The mystery grew when researchers dated the shroud to 1,260 CE. While that should have proved it wasn’t Jesus’s shroud, many have still clung to the idea the dating could be incorrect. Many still come to see the shroud because of its status as a holy relic. 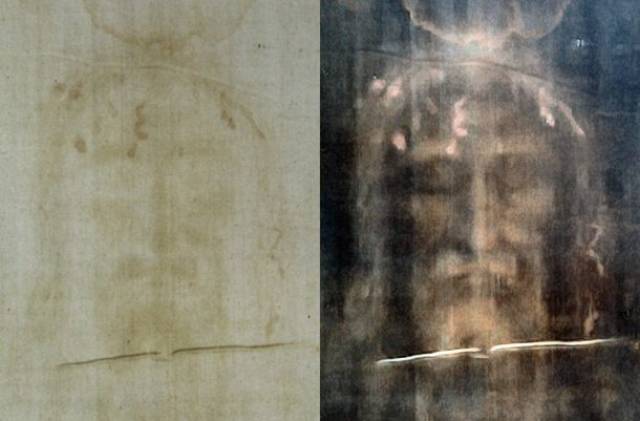 In 2003, researchers discovered a bizarre and small human-looking skeleton in the Atacama Desert. Nicknamed “Ata,” the skeleton was only 6 inches (15 cm) long, making many to believe it was a fetus or an alien. After doing DNA testing on the skeleton, they discovered it was neither but did conclude it was a human. So, how was it so small? No one really knows. Some theories point to dwarfism or a poorly mummified body. 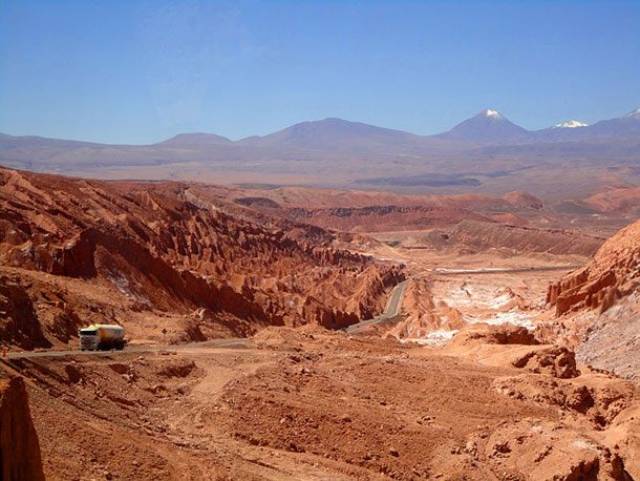 Found in 1938, the London Hammer is an old tool some have dated back to 100,000 years ago, well before humans first used a hammer. With such a claim, controversy has surrounded it with skeptics thinking the metal may be old but not the creation of the hammer. Others have dated the hammer to only 700 years ago. These controversies only further the mysteries surrounding it. 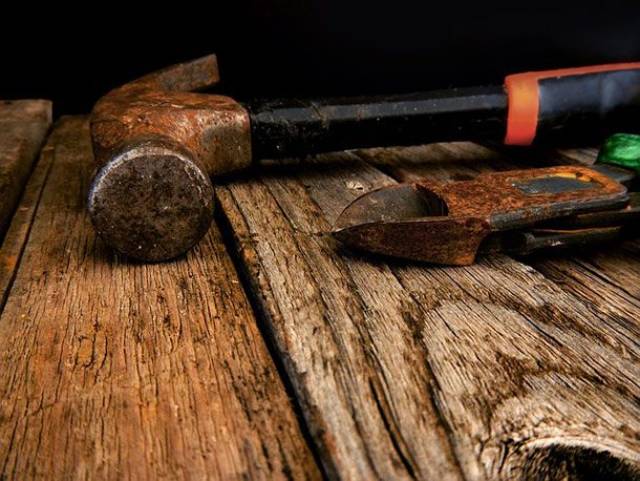 The Codex Gigas, also known as The Devil’s Bible, is a massive manuscript found in the modern day Czech Republic. A shroud of mystery surrounds the book, like who was the author, how long did it take them to write the book, and why did they put it together in the first place? 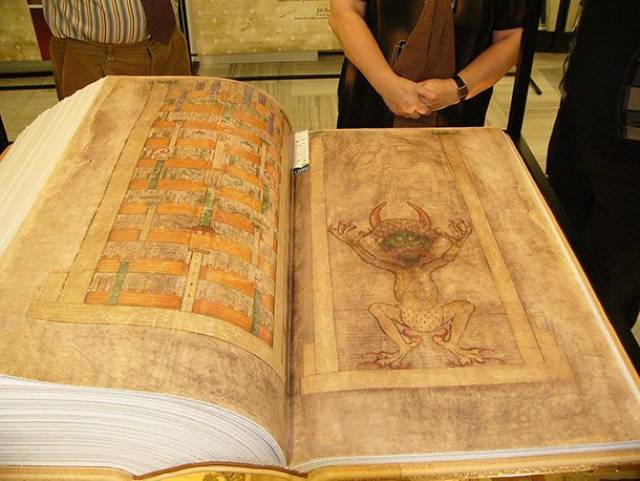 Created during the Jomon period of Japanese culture, the Dogu are tiny sculpture relics typically found in grave or stone circles. They’re considered some of the earliest forms of pottery in the world. The mysterious thing about them is it’s unclear what they were used for in Jomon culture. While some think they might be early evidence of aliens, more realistic explanations point to shamanic rites and fertility statues. 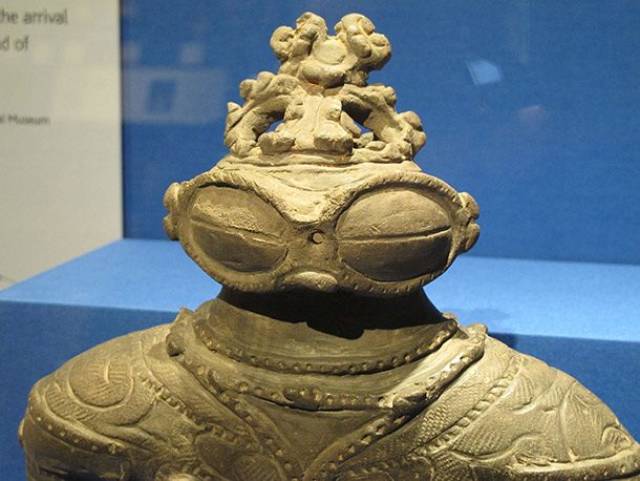 Archaeologists finding manuscripts is usually a dry topic. The Voynich Manuscript is the one exception to that rule. It’s written in a language or code that researchers have yet to translate or decipher, making it a nigh-impenetrable mystery. 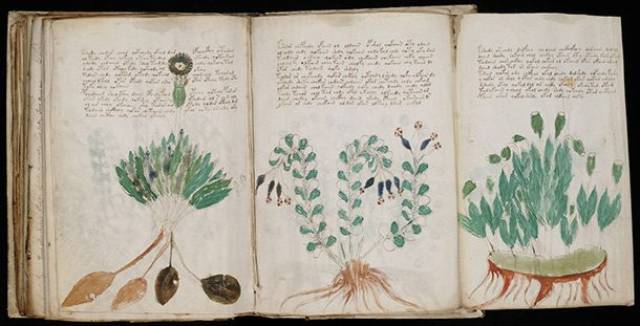 Found on Easter Island, home of the giant Moai statues, the Rongorongo Tablets are possibly even more mysterious than the Moai. Similiar to the Voynich Manuscript, researchers aren’t sure how to translate the tablets. Finding the key to the translation could help in determining how their civilization collapsed.

During excavations, researchers in Russia discovered giant discs called the Volgograd Discs that are made of tungsten. Some resemble flying saucers which led UFOlogists to theorize they’re alien in nature. While they still remain a mystery, the most likely theory is they formed from erosion. 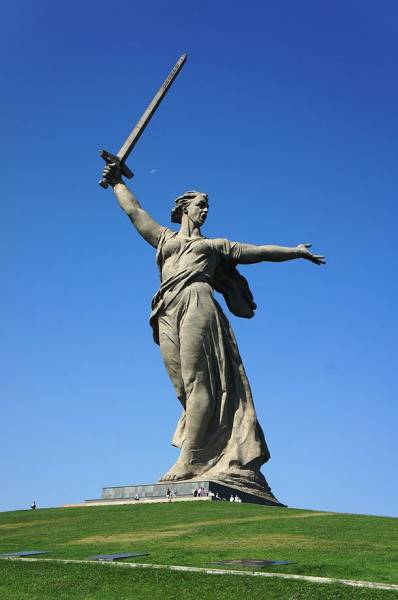 Measuring about 2 to 3 inches (5 to 7.5 cm) in length, the Quimbaya Artifacts are golden statues that mostly take on an animal form. They were discovered in Colombia and are dated between 300 to 1,000 CE. Were these statues merely animals or did some of them represent flying machines before airplanes even existed? 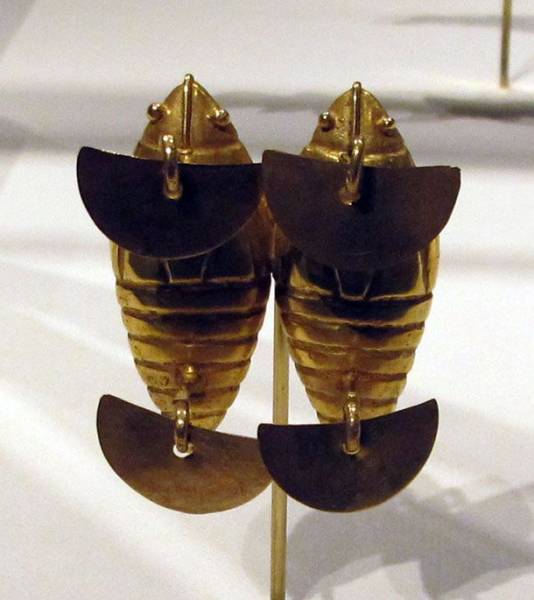 Dating between the 2nd and 3rd centuries CE, the Roman Dodecahedrons are mysterious and unknown artifacts found all over Europe. While theories abound about their function, researchers aren’t really sure where they came from or what they do. 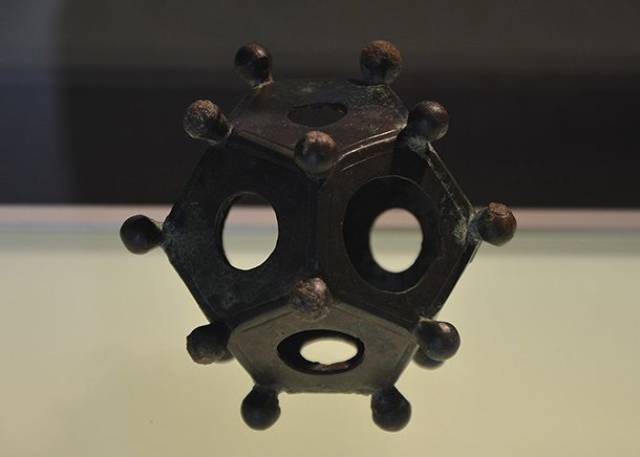 The Sacsaywaman is a giant stone wall built by the Inca thousands of years ago. The stones weigh up to 200 tonnes. How they were able to expertly carve and move these giant boulders remains a mystery. 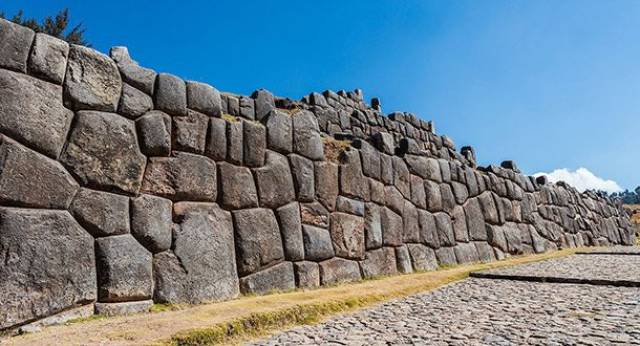 The Piri Reis Map is the oldest map to show the Americas, dating back to 1,513 CE. Deriving from Turkey, the map is truly astonishing because it shows details of America that no one could have known back then. Some question the validity of the map, while others think it’s extraterrestrial in nature. 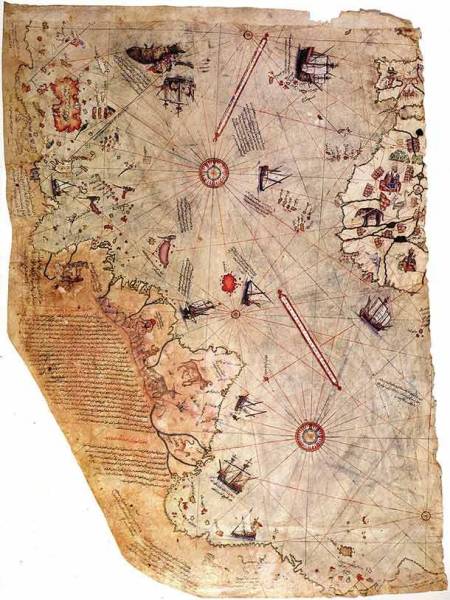 In 1986, a group of researchers went into a cave in Mount Owen on the island of New Zealand only to discover one of the most terrifying and bizarre finds of the 20th century. They discovered a claw with flesh and muscle still intact that looked like it came from a dinosaur. It turned out to be a Moa claw, a long-extinct bird native to the island. Even more mysterious is that it had been extinct for 3,000 years. So, how was the claw so well preserved? Dating over 2,000 years ago, the Longyou Grottoes are some of the most mysterious and fascinating finds in China. Discovered in 1992 by a local Chinese villager, over 36 grottoes had been discovered covering a 30,000 square foot area. With man-made rooms, massive pillars, bridges, and pools, no one really knows how they were built so long ago and for what purpose. No known written history has been recorded about them. 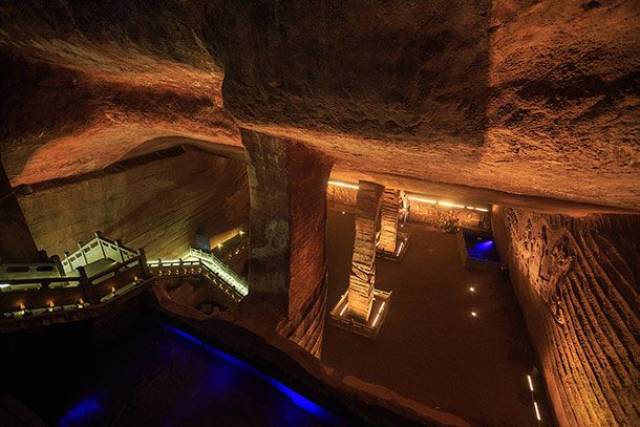 The Gate of the Sun

The Gate of the Sun is a stone doorway standing near Lake Titicaca in Bolivia. Archaeologists believe it used to be part of a much larger empire in the 1st century CE. The true mystery lies in the drawings on the stone. If correctly deciphered, scientists believe they could be of great astronomical value. 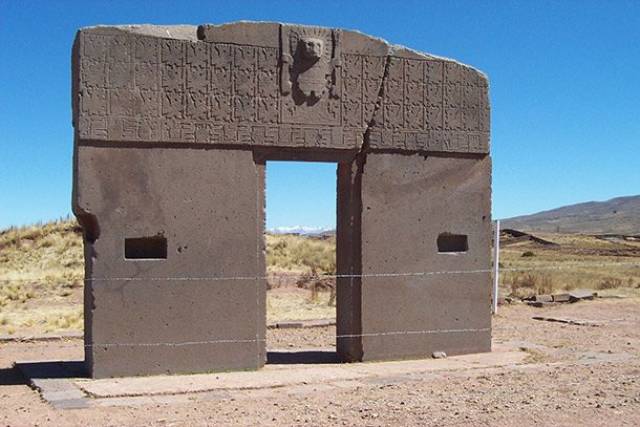 A massive network of stone age tunnels has been found all across Europe dating back to the Neolithic age, 12,000 years ago. No one is really sure what the tunnels were used for. Some believe it was to protect themselves from predators, while others theorize it could have been used as a protected pathway from weather, war, or violence. The Underground City of Derinkuyu

Accidentally discovered by a family in 1963 in the region of Cappadocia, Turkey, the underground city of Derinkuyu has fascinated researchers ever since. Essentially a giant labyrinth, it has 11 levels that descend about 280 feet (85.3 meters). It’s difficult to age the structure, and no one really knows who built it or why. 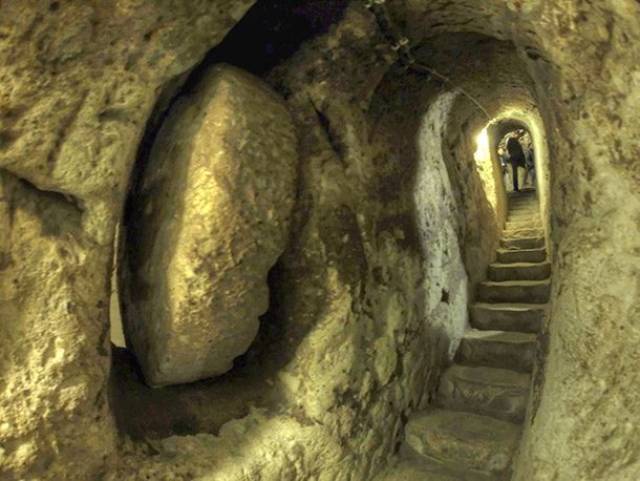