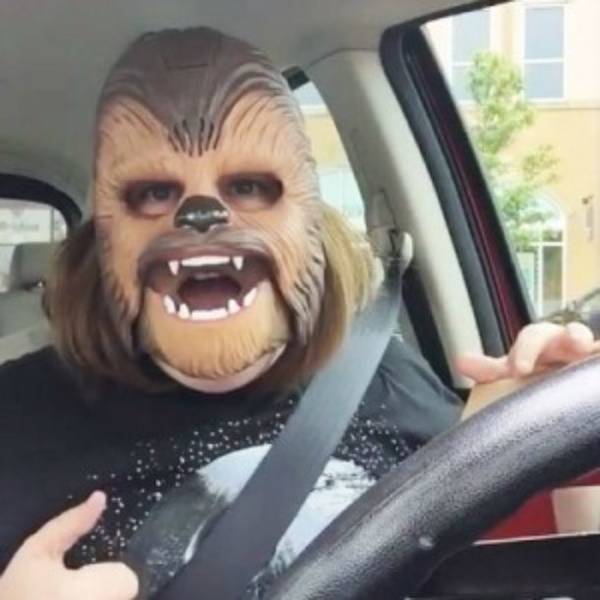 After posting a video of herself wearing a toy Chewbacca mask, Candace Payne, also known as Chewbacca Mom, became a viral internet sensation, delighting people with her joy and laughter. She became such a huge hit, appearing on several television shows and was even in the same bit with J.J. Abrams. However, she overstayed her welcome when she posted a video of herself singing Michael Jackson’s “Heal the World” after a Dallas shooting. “No. One. Cares. What. Chewbacca. Mom. Thinks,” said one Twitter user. 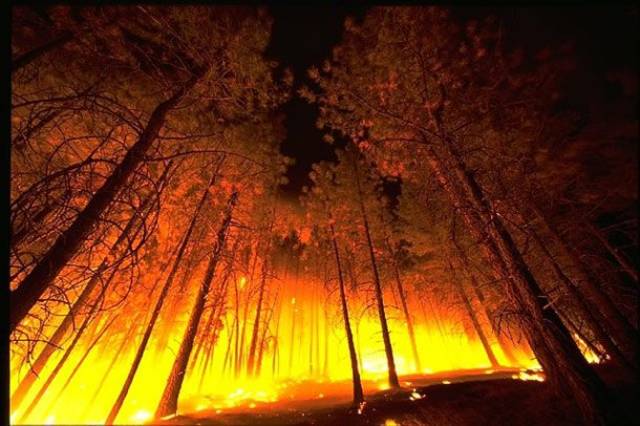 Recently in 2017, a video hit the internet of a young man in a red hood trying to save a rabbit from the Southern California wild fires. He was the internet’s new hero, beloved by millions. But who was he? Oscar Gonzales of Pacoima, California, claimed it was he. He said he was driving a friend home when he saw the rabbits and decided to save them.

His heroism turned to controversy, however, when other people online widely criticized him for risking the life of himself and the rabbits by potentially scaring them back into the flames.

Then things got even worse when it was revealed Gonzales might not even be the hero. A second man named Caleb Wadman came forward, claiming to be the real hero. He even provided evidence of his red hoodie and the testimony of a local vet that treated the rabbit. 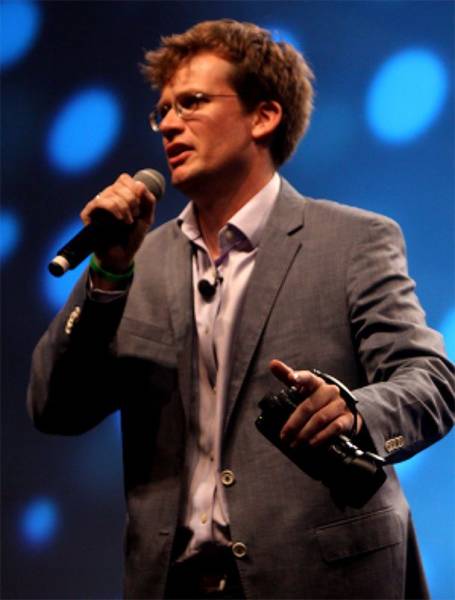 In 2015, famed YouTuber and author John Green faced accusations of sexual predation by a Tumblr user that gained quite a bit of attention. The user claimed Green used his status to prey on teenage girls. While the claims were never verified or proven, Green himself had to address the criticism, saying, “…posts like virjn’s misuse the language of social justice.” 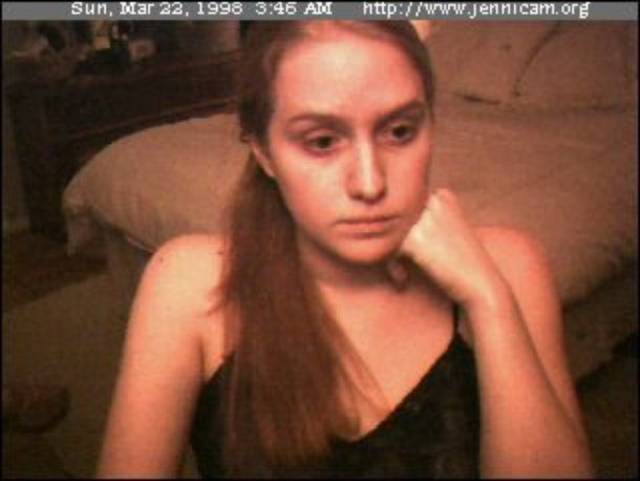 At age 19, Jennifer Ringley decided to do an experiment and have her webcam take a photo of her every fifteen minutes, unintentionally starting what is now called lifecasting. She became a huge sensation, and in 1998 was able to appear on David Letterman. Even though she eventually made money on it, she went dark in 2003. Later, she claimed she left due to the fallout from an on-screen affair she had and the burn out related to it. 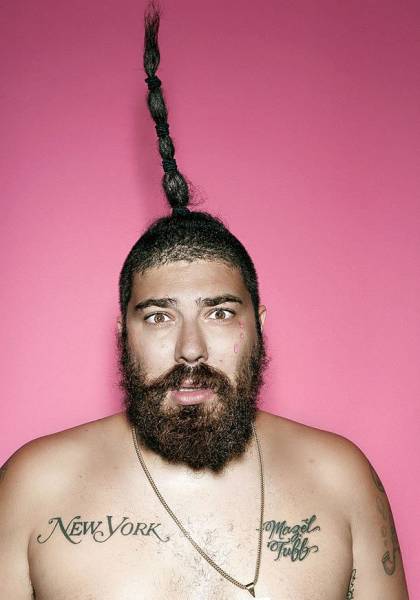 Josh Ostrovsky, an Instagram and internet comedian that goes by the name The Fat Jew, has more than 10.4 million Instagram followers and delights people with his off-color jokes. However, he had a fall from grace when it was revealed he’d been flat out plagiarizing his work off of many other comedians. The backlash was intense and fierce by many comedians online. 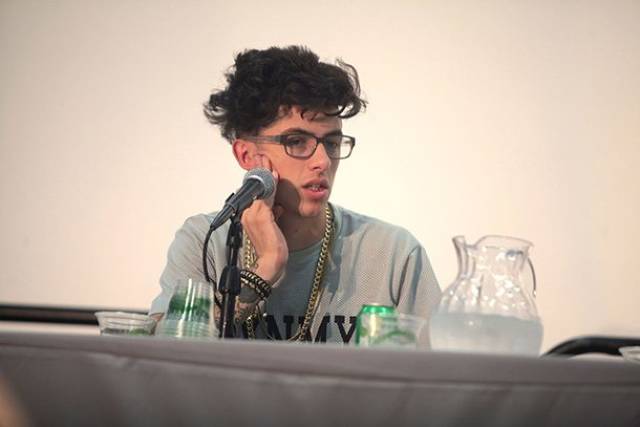 With more than 2 million YouTube subscribers, Sam Pepper made a name for himself with prank videos. But things went south for Pepper when several women came forward claiming sexual harassment. To top it off, he also posted a fake video of a kidnap and murder. His channel no longer has content. 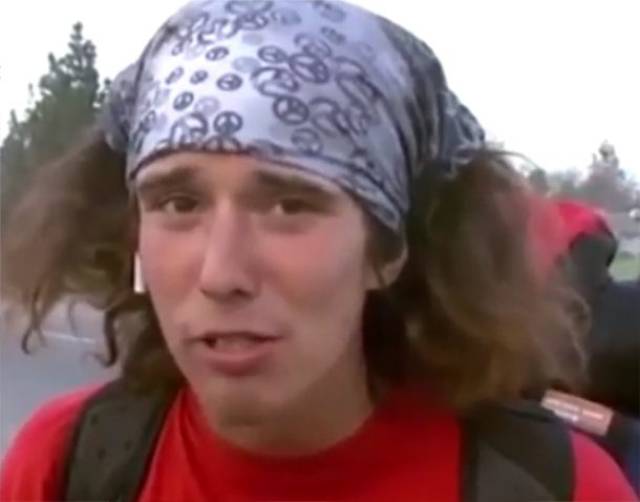 Becoming an instant internet celebrity when he was taped using a hatchet to stop an attack on a California woman, Kai the Hatchet-Wielding Hitchhiker went back on his merry way hitchhiking. He made an appearance on Jimmy Kimmel and made an instant fan base, but his heroic deeds were quickly dashed when it was revealed he beat his lawyer to death at his home. He was later rushed to the hospital for an attempted suicide. 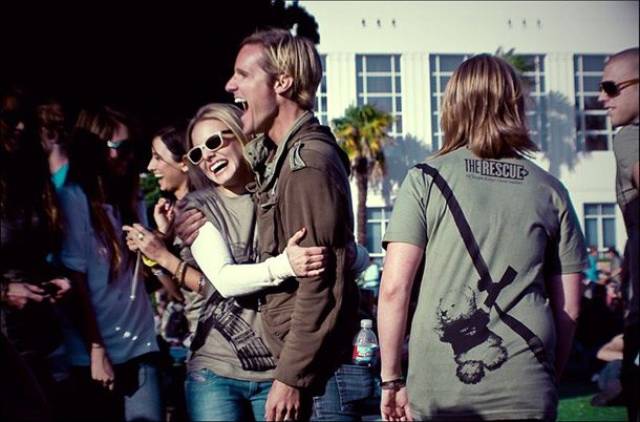 Jason Russell was thrust into fame after promoting his wildly shared documentary “Kony 2012,” which put a spotlight on brutal warlord Joseph Kony. The documentary earned over 100 million views, making Russell an instant internet hero. Things took a turn for the worse, not to mention the bizarre, when Russell was arrested for behaving erratically, completely naked, on a street corner. He claimed the meltdown was due to extreme exhaustion and dehydration rather than drugs. Doctors claimed he suffered a psychotic break. The fallout came, nevertheless. 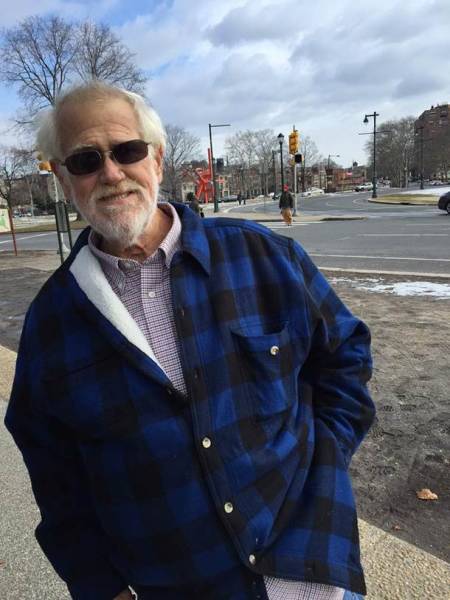 Charles Green, also known as Angry Grandpa on YouTube, became a huge celebrity, garnering 3 million plus subscribers and almost a billion overall views. Sadly, it was announced in late 2017 that he died at the age of 67. He passed away due to end-stage cirrhosis of the liver. 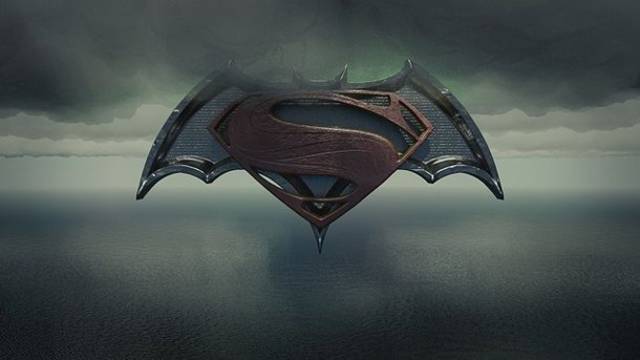 In 2010, when a Singapore ID with the name “Batman Bin Suparman” hit the internet, it quickly spread like wildfire, making him an instant hero. The name roughly translates as “Batman, Son of Superman.” However, three years later and it was discovered Batman Bin Superman was arrested for stealing $400 worth of merchandise and $680 from his brother. 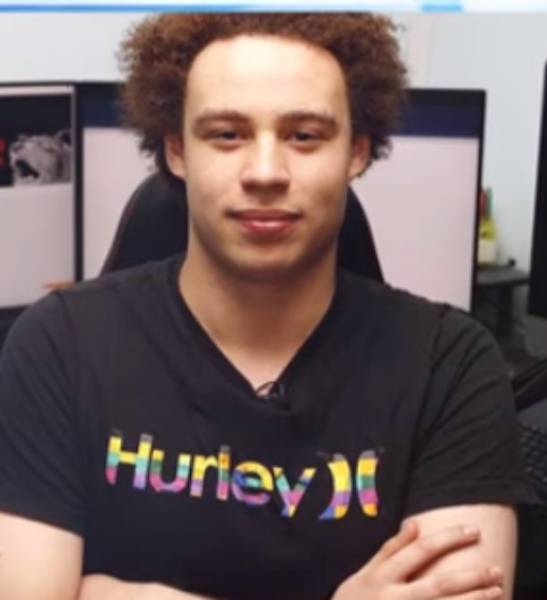 Marcus Hutchins became an overnight hacker hero when he figured out a way to stop the WannaCry cyber attack from North Korea from continuing. The attack had crippled the British health care system and caused billions in losses across 150 countries. The notoriety gave him a huge amount of attention, both wanted and unwanted. When he came to Las Vegas, he didn’t realize a grand jury in Wisconsin had indicted him for creating Kronos, a virus that steals bank information and sells it to cybercriminals. Eventually, he was arrested, put under house arrest, and the FBI confiscated everything he owned. 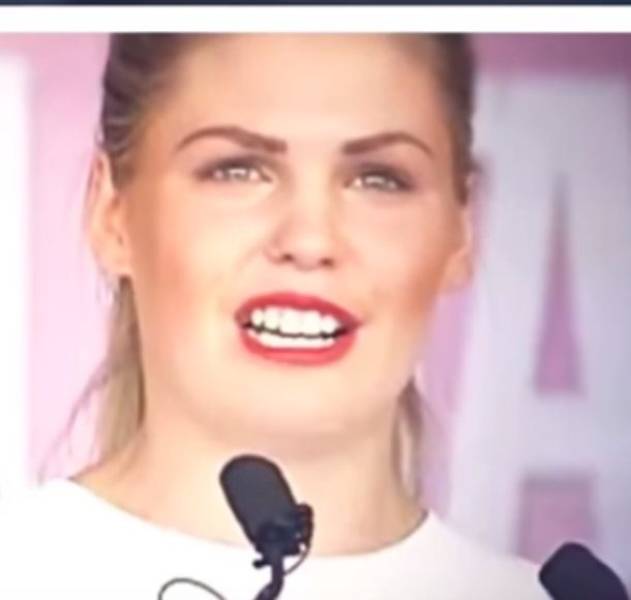 Wellness blogger Belle Gibson became a huge celebrity from her diet and health guide and recipe book that claimed to cure her terminal cancer. She went on to make an app called “The Whole Pantry” and eventually she built an empire out of her products. But, her health heroics came crashing down when she admitted in 2015 that she had never had cancer and never cured anything. Instantly, her blog posts were removed, her app taken down, and her book deals canceled. 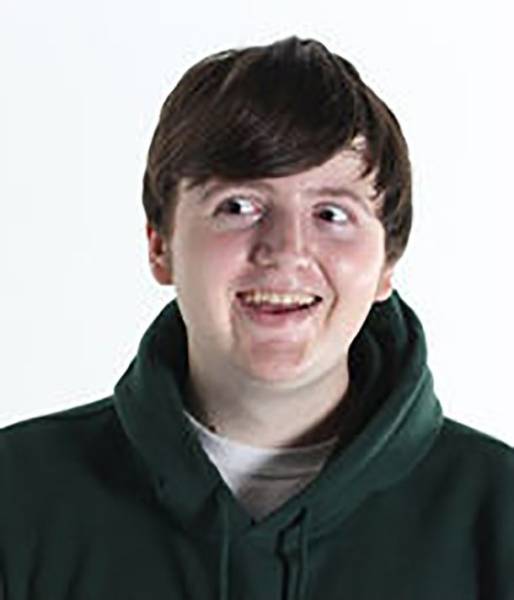 With 1.4 Million YouTube subscribers and 257 Million views, Eddsworld was a popular animation show on YouTube produced by Edd Gould. Sadly, in 2005, the show was canceled when Gould was diagnosed with leukemia. He got back into making the show until March 25, 2012, when he passed away due to the disease. 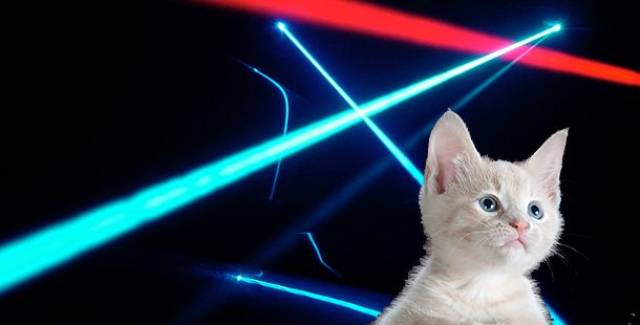 Draven Rodriguez had a picture of himself created holding a cat with lasers in the background. He wanted the picture to be his yearbook picture. The picture went viral online and helped him achieve his goal of getting it in the yearbook. Sadly, it was discovered the teenager, age 17, committed suicide at his home. 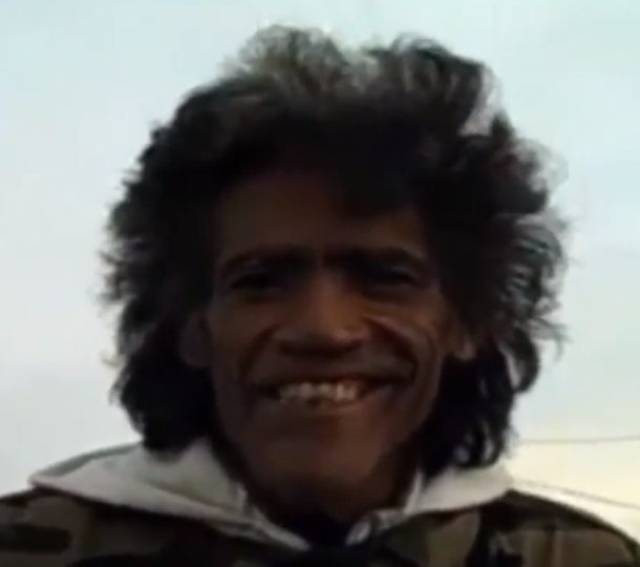 Ted Williams, also known as the Man with the Golden Voice, was discovered begging in 2011 on a street corner. When the video of him went viral, he was thrust into the spotlight and did several interviews on television. However, while at first the internet hero got back on track, he’s suffered with drug and alcohol addiction, keeping jobs, and has had money problems. His money problems got so bad he almost got caught up in a heroin smuggling gig for $10,000. 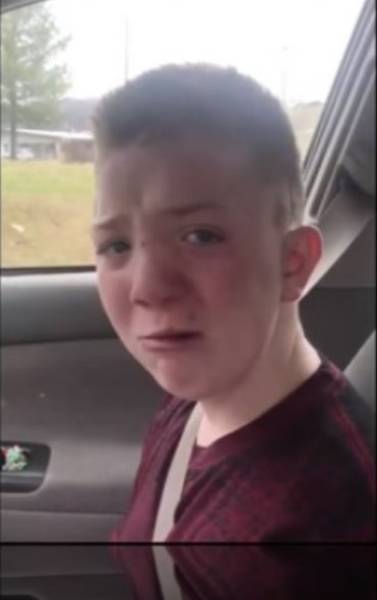 After he had been ruthlessly bullied, Keaton Jones blew up to internet fame when his mother took a video of him telling about the events. The video was posted to Facebook and quickly became viral. “They make fun of my nose. They call me ugly. They say I have no friends,” Keaton said. People all over the internet empathized with him, including many major Hollywood stars like Chris Evans and Mark Ruffalo. However, his sudden celebrity turned to controversy when people discovered his mother previously posted pictures of the Confederate flag. People immediately labeled her as racist, overshadowing Keaton and his original anti-bullying message. 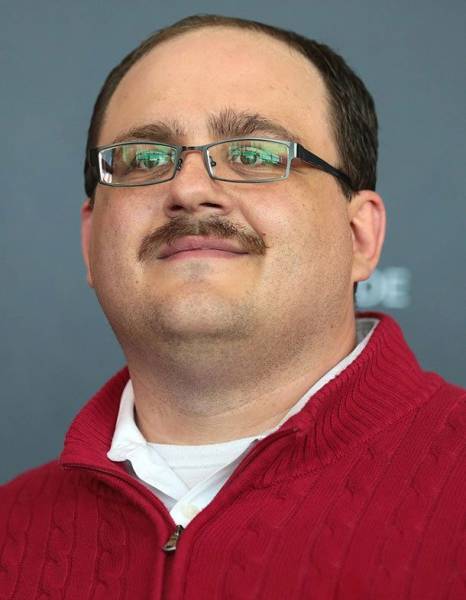 In the 2016 Presidential election, a man in a presidential debate audience inadvertently rose to prominence after asking a question. His name is Ken Bone. He became a hero for us all until, of course, he wasn’t. He came on several talk shows, agreeing to all the publicity appearances one does when they become internet famous. However, after he did a Reddit Ask Me Anything, things took a turn for the worse. People started scouring through his internet comments history and realized he’s said and done some nasty things, like saying the Trayvon Martin killing was “justified.” 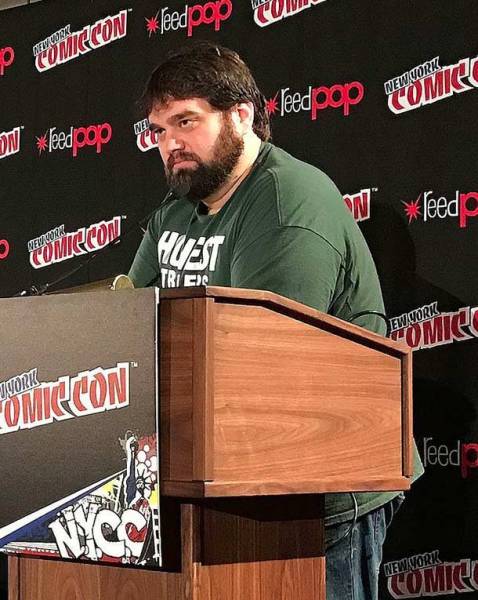 Creator of the YouTube channel Screen Junkies, beloved show Honest Trailers, and former host of the show Movie Fights, Andy Signore came under fire in 2017 for sexual harassment. Not soon after, Defy Media, the company that owns the channel, announced they fired Signore for “egregious and intolerable” sexual behavior. The fallout caused Screen Junkies to re-evaluate its policies, and Signore has not been seen or heard of since. 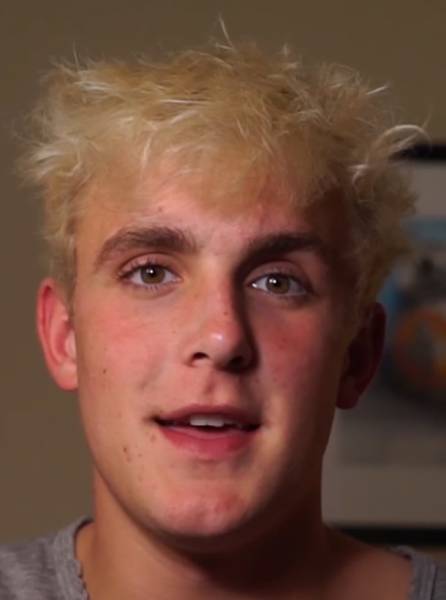 Former Vine star and prominent YouTuber with upwards of 14 million subscribers has come under fire for his dangerous stunts, like giving out his address so that thousands of adoring fans visit him, only to infuriate his neighbors. He’s also known for posting sexually explicit YouTube thumbnails and content. Due to the constant negative attention, Disney severed ways with him, removing him from the popular show “Bizaardvark.” 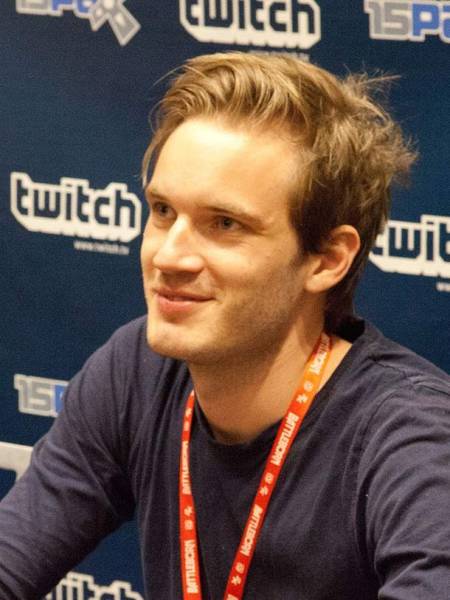 Major YouTube star PewDiePie, also known as Felix Kjellberg, has over 61 million subscribers and gets millions of views each video. His internet stardom, however, took a dive when he posted videos with anti-Semitic imagery. In one case, he hired two men to hold a sign that said, “Death to all Jews.” Both Disney and YouTube pulled away from PewDiePie due to the scandal, and he was forced to come out and address the criticism. 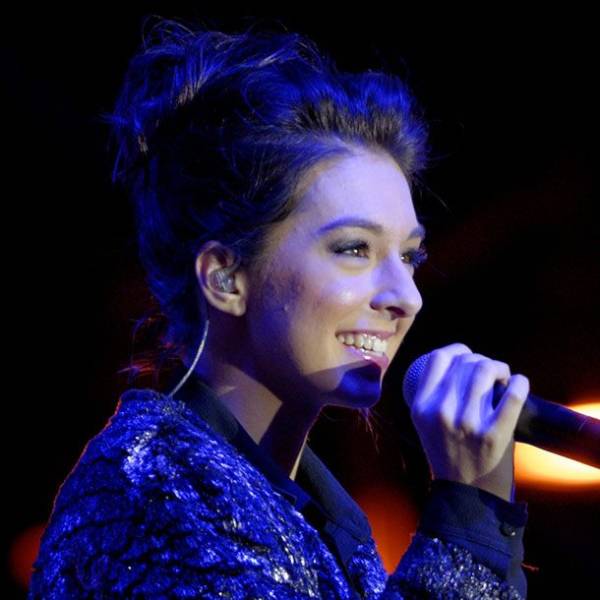 Christina Grimmie was a young singer and musician who was first discovered on her YouTube channel. She garnered 3 million subscribers and eventually went on to compete on the television show The Voice. Later, things took a tragic turn when Grimmie opened for the band Before You Exit and was signing autographs. A 27-year-old man carrying two handguns shot and killed the singer. 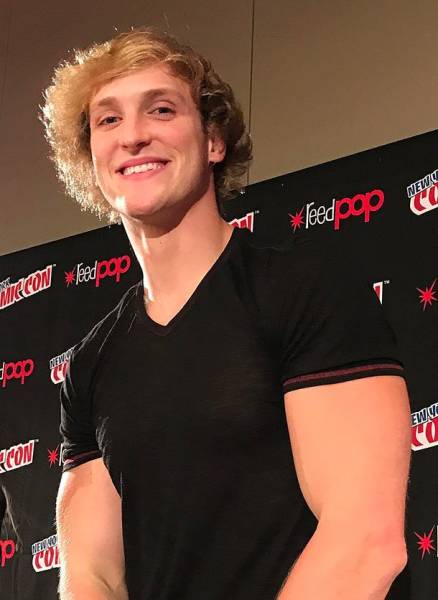 22-year-old Logan Paul, and brother of Jake Paul (#7), grew to popularity and fame with his YouTube channel, posting prank and stunt videos to his 15 million adoring fans. Things went south quickly for the YouTuber when he posted a video of him in what is known as the “suicide forest” in Japan. The video showed a man who had recently hung himself, and rather than turning off the camera, it lingered and did close-ups. After criticism, he announced he’d be taking a break from YouTube. YouTube stripped him of his top-tier monetization and said he would face “further consequences.” 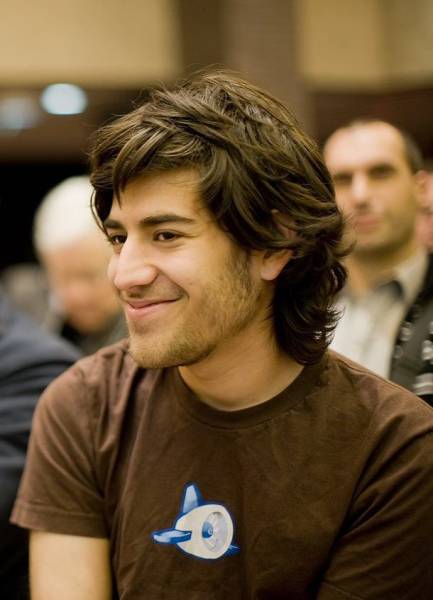 As a teenager, Aaron Swartz created and designed everyday internet tools we take for granted, including RSS, Reddit, and Creative Commons. He increasingly became more interested in politics and frustrated by how only people with money could access legal documents and research articles. One day he decided to hack into JSTOR, a digital library full of research articles and downloaded a large quantity of them. In 2011, he was arrested by federal authorities and faced a sentence of up to 35 years in prison. Under immense pressure, he committed suicide by hanging in 2013. 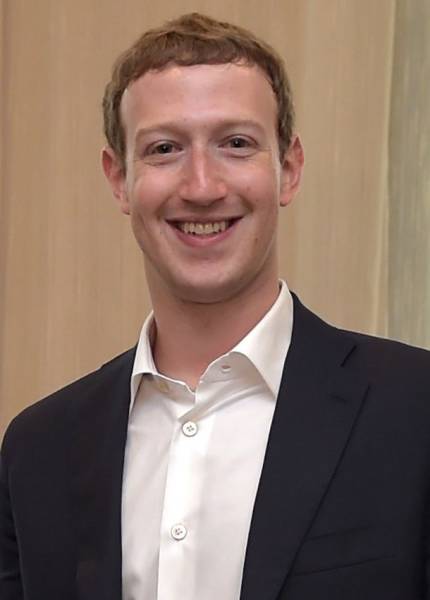 Mark Zuckerberg grew to outrageous fame and fortune when his social media network, Facebook, became the most popular on the internet. With a movie made about him, appearances on several television shows, and his company going public, Zuckerberg became one of the most well-known men in the world. But all of that soon came tumbling down when it was discovered Facebook allowed Cambridge Analytica to take data of 500 million of its users. Facebook’s stock plunged by $50 billion; they’re under investigation by the Federal Trade Commission; and Zuckerberg has appeared before Congress to testify. 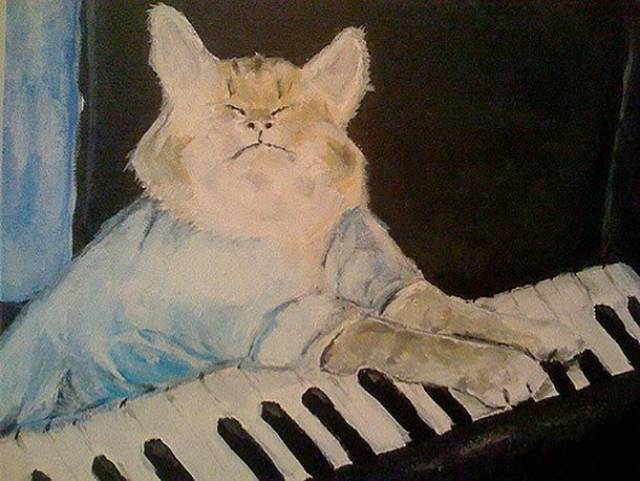 Bento, also known as Keyboard Cat, became an instant feline hero on YouTube for his piano renditions. He wowed his cat-loving audience with his musical skills. Sadly, at nine years old, this pianist cat and internet hero passed away on March 9th, 2018.