Is There A 9th Planet Somewhere Out There? (24 pics) 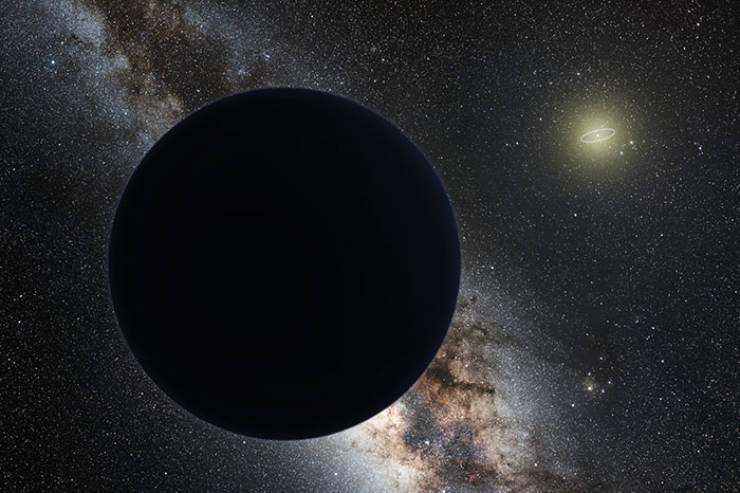 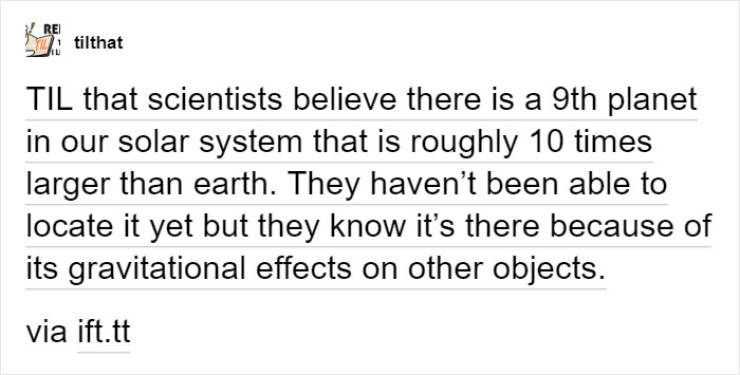 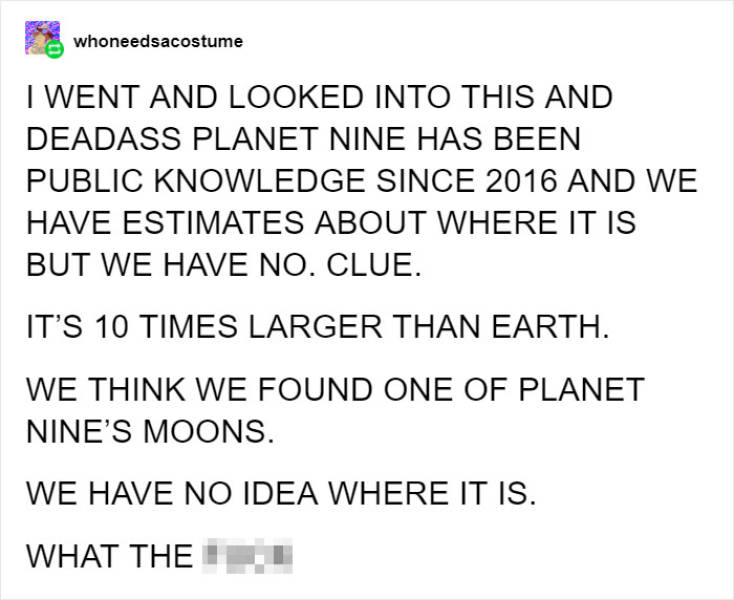 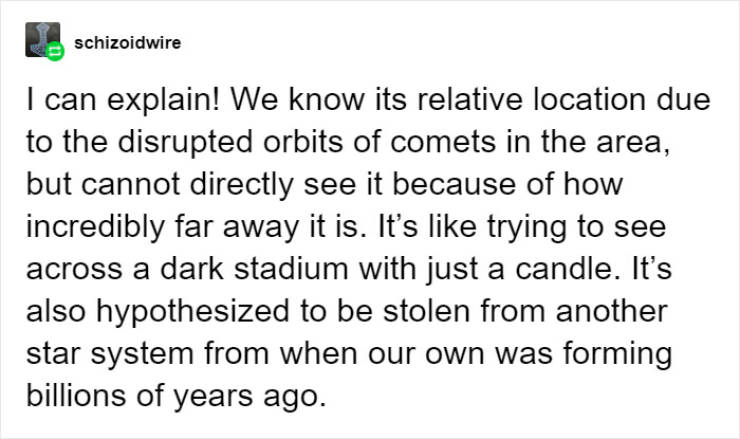 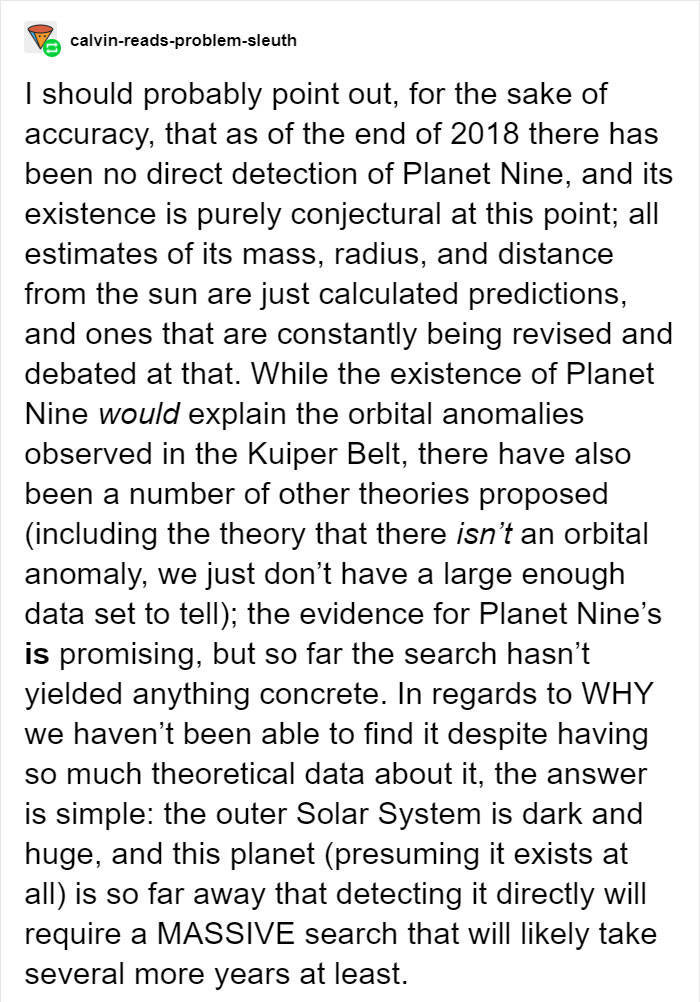 What Tumblr peeps were freaking about is, in fact, Planet Nine, a hypothetical Solar System planet that some scientists believe exists beyond Neptune. While many hypothetical planets have been proposed before, they have also been disproved, however, Planet Nine certainly has substantial evidence to be probable. 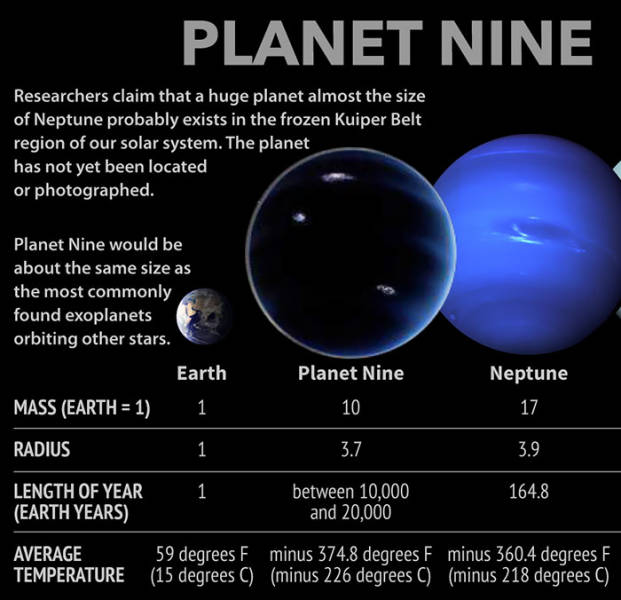 The biggest reason why many scientists speculate there must be a planet beyond Neptune is because there are some bodies in the Kuiper belt that have very unusual orbits. So unusual that scientists can’t yet explain why they are that way. That’s why one of the proposals that would put some sense to the unusual orbits is another planet large enough to affect these orbits and give them such unusual routes. 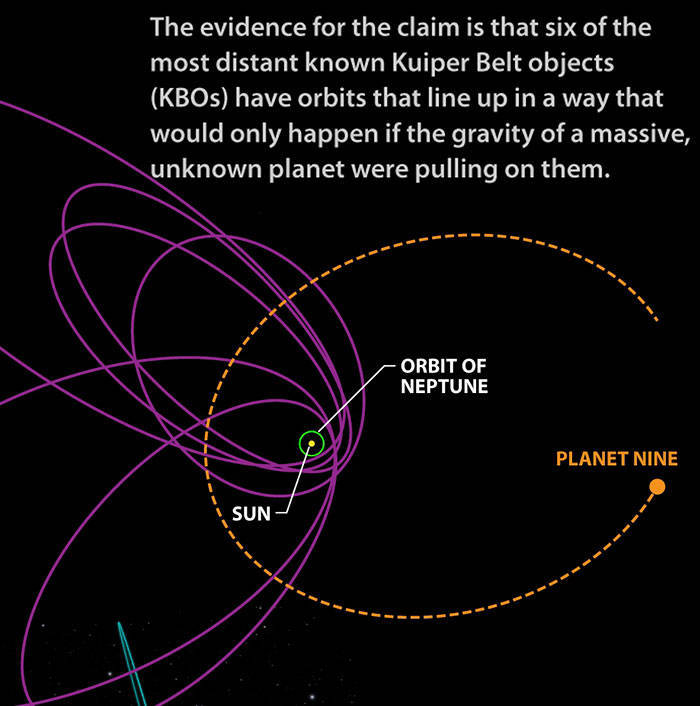 The scientists speculate that Planet Nine could be roughly 10 or 15 times bigger than the Earth. Why would such a big plan go unnoticed for a long time? Well, if Planet Nine actually exists, its orbit is absolutely massive and stretches out further from the Sun than any other Solar planet. It also probably has a stretched out, elliptical orbit which means that it can travel very far away from the sun and it would take many years for it to return close to the sun where we could see it. 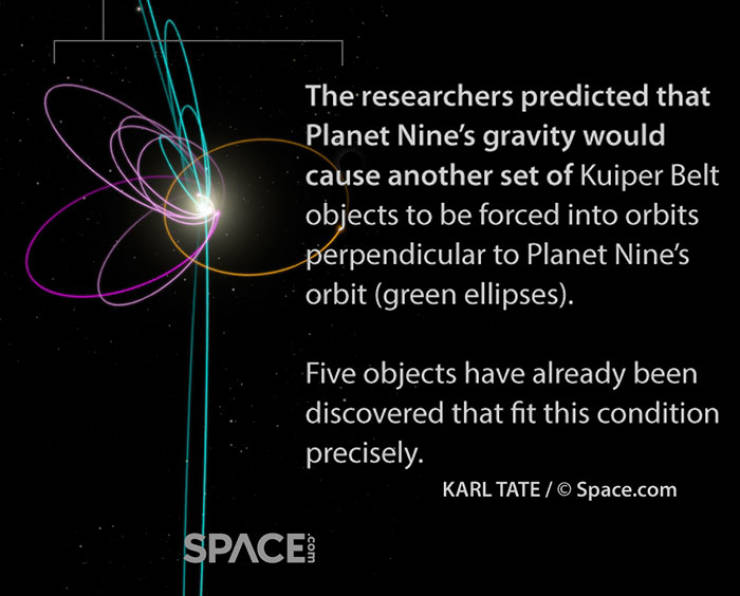 Despite that, thousands of volunteers together with scientists teamed up to scan through thousands of data images to look for a sign of it. And those who believe in Planet Nine’s existence think that we could find it within the next 15 years.In the “Backyard Worlds: Planet 9” project, an initiative that seeks people from all over the world to look through images, there are currently 53,337 volunteers scanning through the pics looking for this enigmatic planet. Oh, and if trying to locate a mysterious dark planet is up your alley, you can join them!

Of course, Tumblr responded to the search of Planet Nine with memes 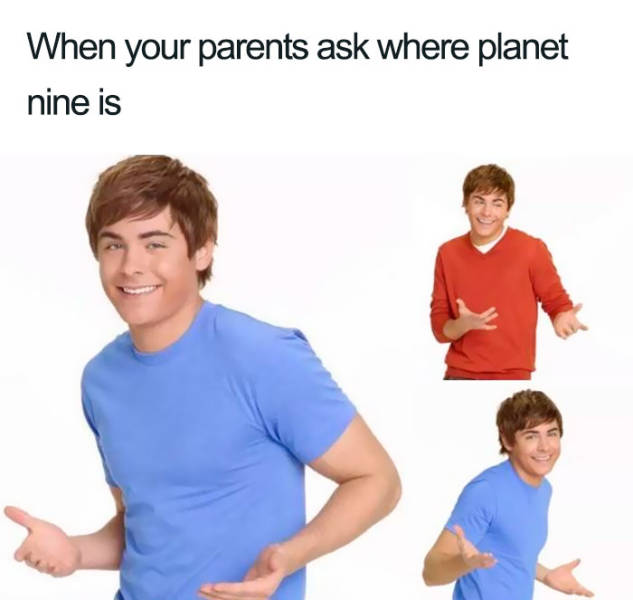 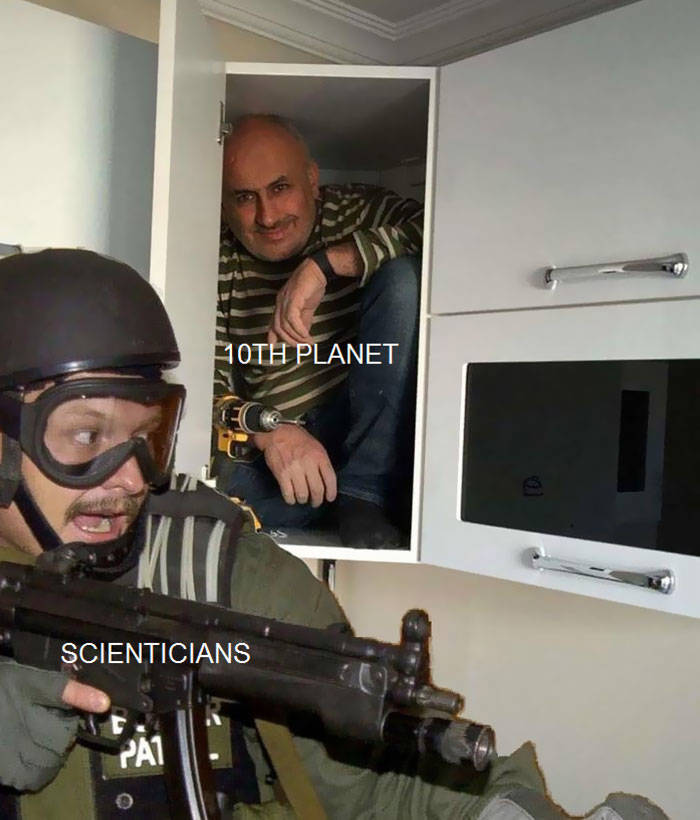 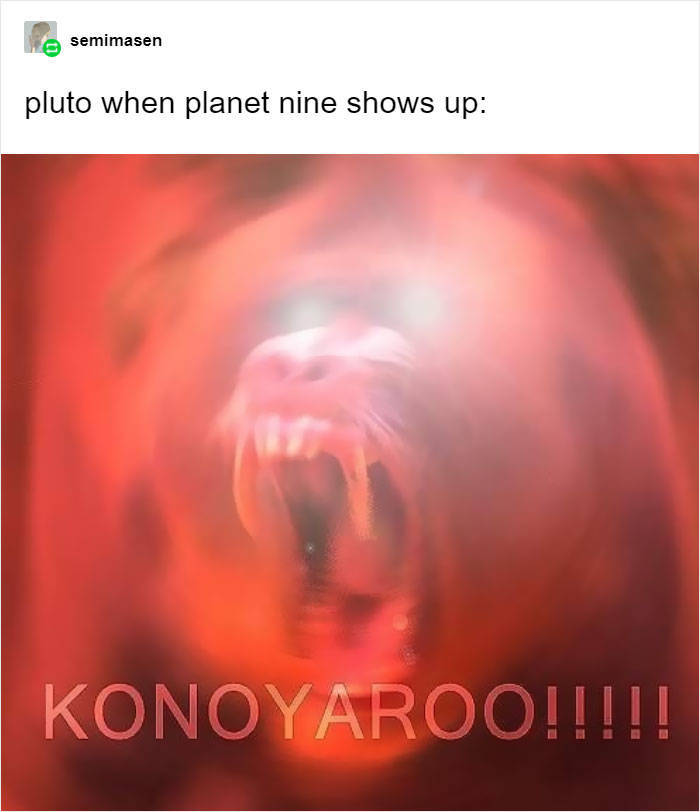 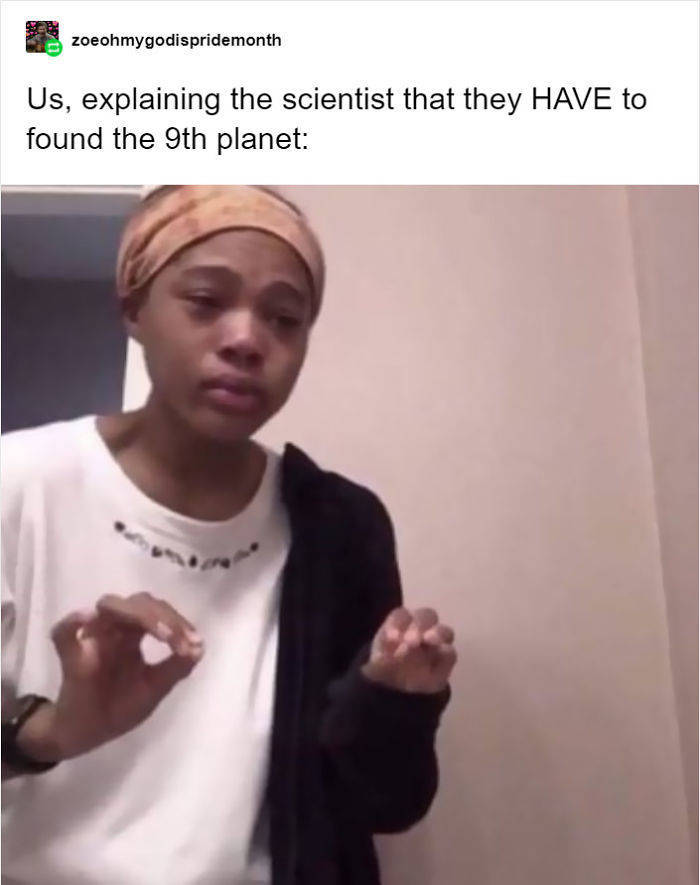 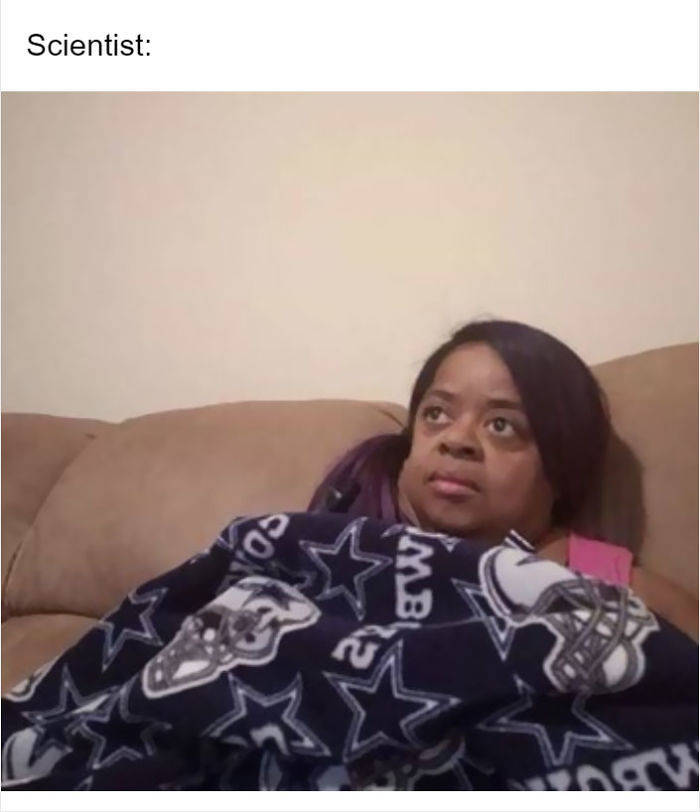 Fenrisulven 11 month s ago
It all depends how you define planets ;)
Never underestimate the power of large crowds, of stupid people.
Reply