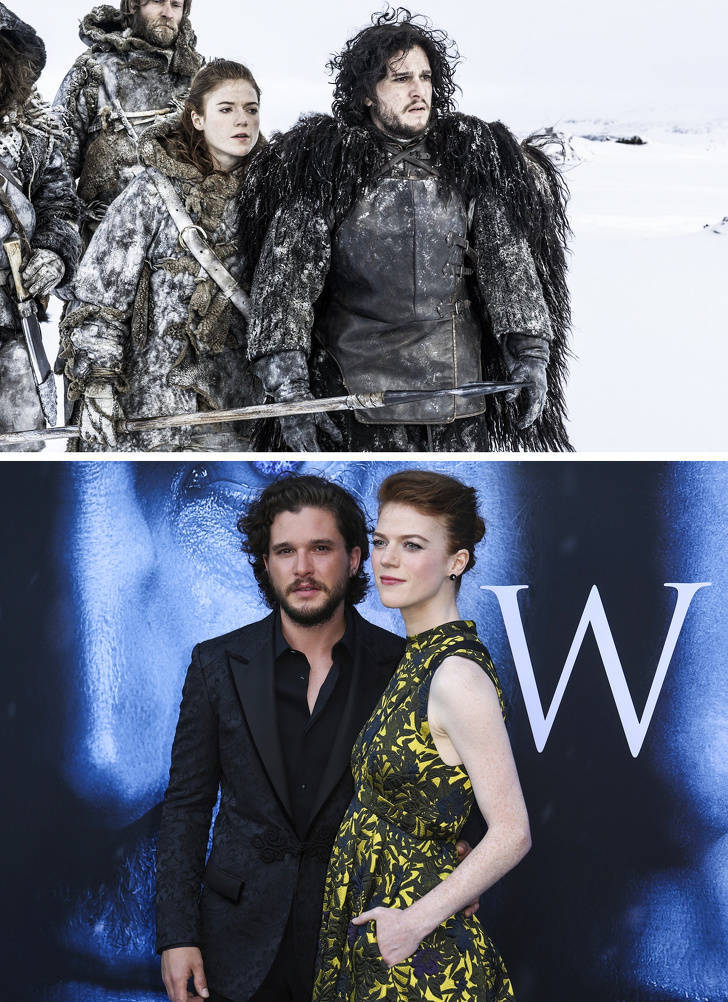 The Game of Thrones couple fell in love in real life just like their characters did in the series. Rose and Kit met in 2012 on the set and finally said “I do” this year when they got married on June 23. 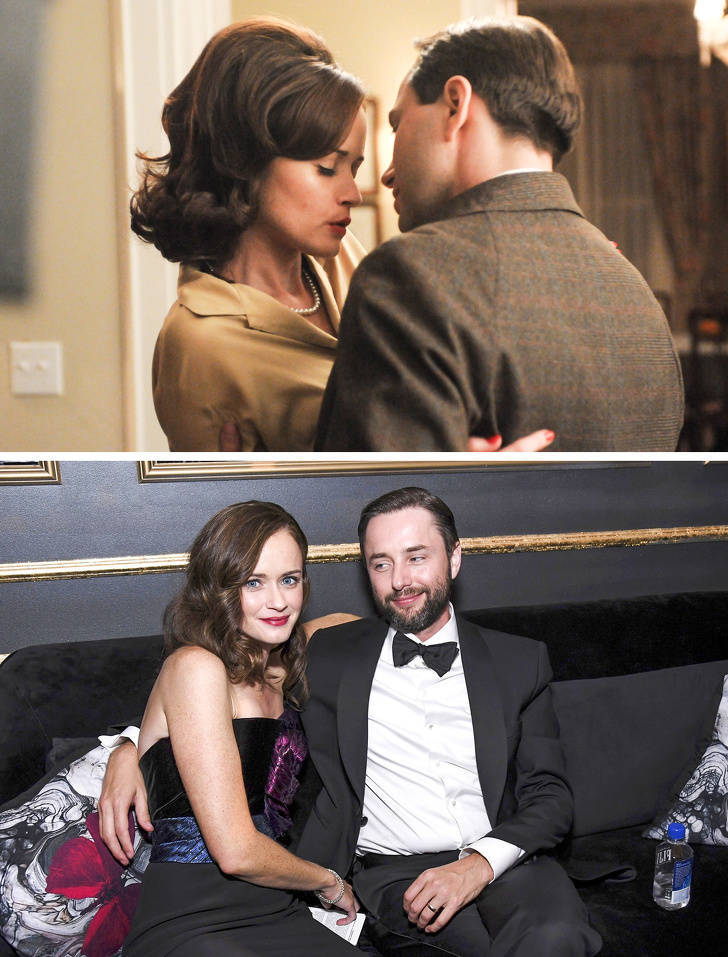 The actors met in 2012 while filming the series Mad Men, in which they portrayed 2 lovers. Their relationship was so genuine that they got married in June 2014, and had their first child in 2015. They are still happily married to this day. 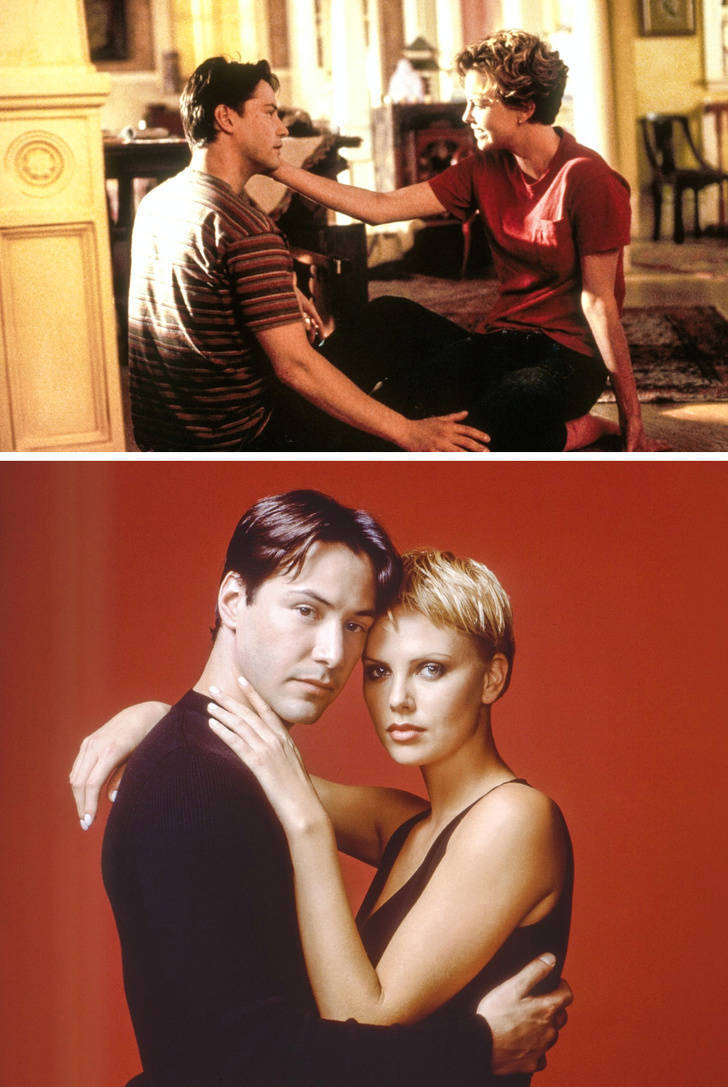 These actors met on the set of The Devil’s Advocate in 1997 but it wasn’t until 2001 when they starred together on Sweet November that sparks flew. Their relationship was confirmed in 2011 but ended up being pretty brief and the couple broke off things shortly afterward. 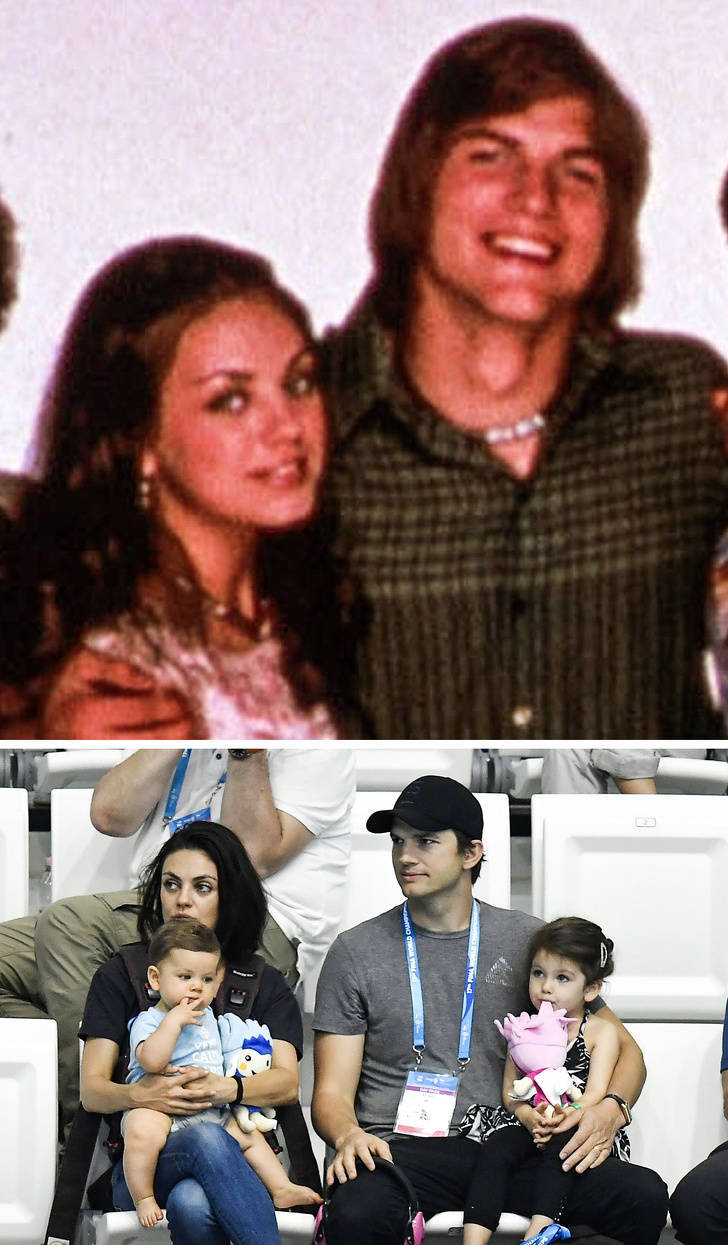 This is one of the most stable couples in Hollywood. The actors met while filming That ’70s Show, which first aired in 1998. They married in 2015 and already have 2 children: A one-year-old boy and a 3-year-old girl. 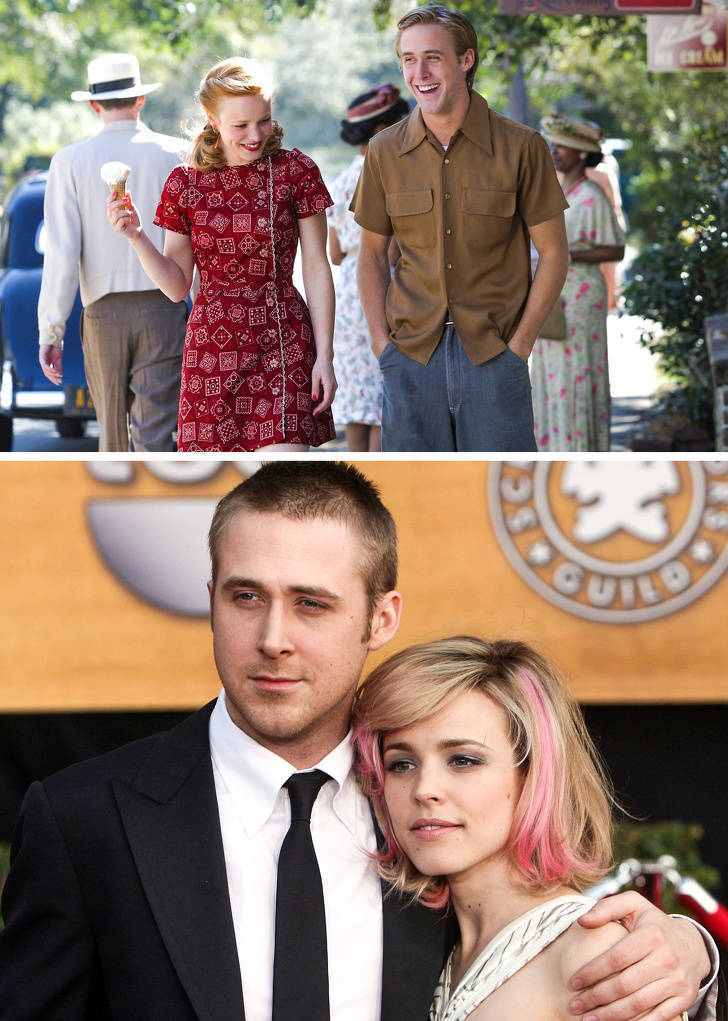 It was after filming the last scenes of the movie that the couple began dating, although they couldn’t stand each other at first. Nick Cassavetes, the director of the film, once told the media that Gosling even asked him to replace Rachel because he couldn’t work with her. Their relationship began in 2004 and ended 4 years later. According to the couple, they couldn’t stand the attention of the press. 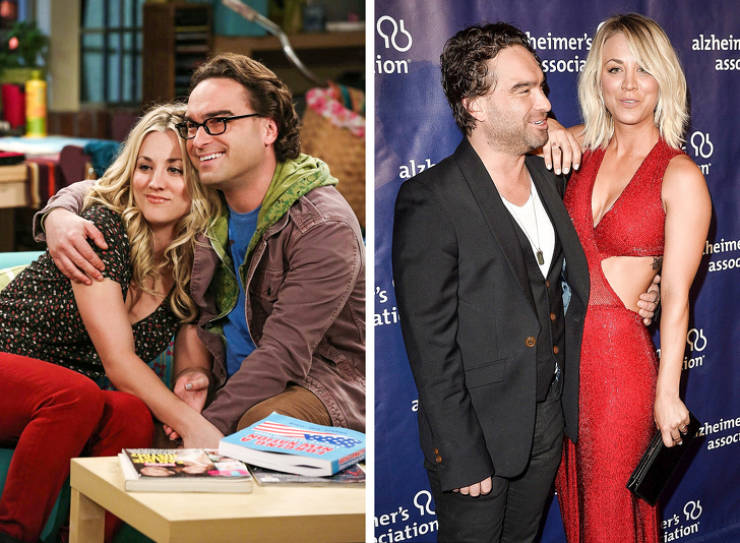 Their relationship was a secret they confessed to long after it had ended. The couple met in 2008 while starring in the series and began dating soon after. They were together for over 2 years and broke it off by mutual agreement. However, they’re still great friends. 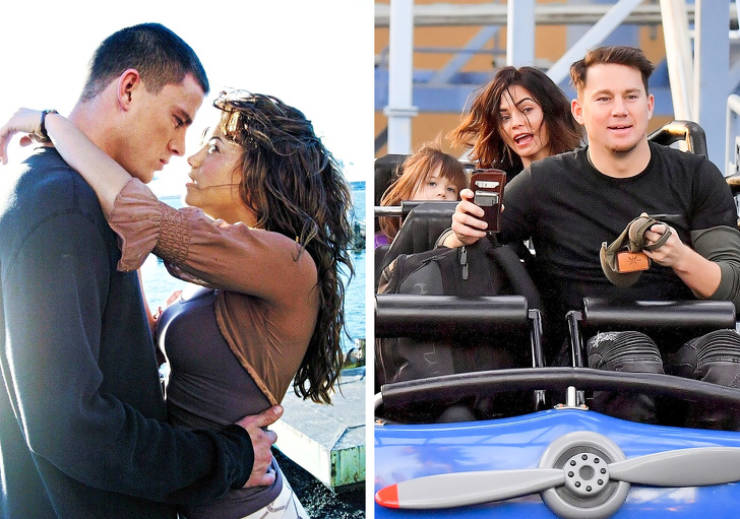 After being married for 9 years, and having a daughter, the couple separated a few months ago. They met in 2006 in the set of Step Up and got married in 2009. Until recently, they were considered to be one of the most solid couples in Hollywood. 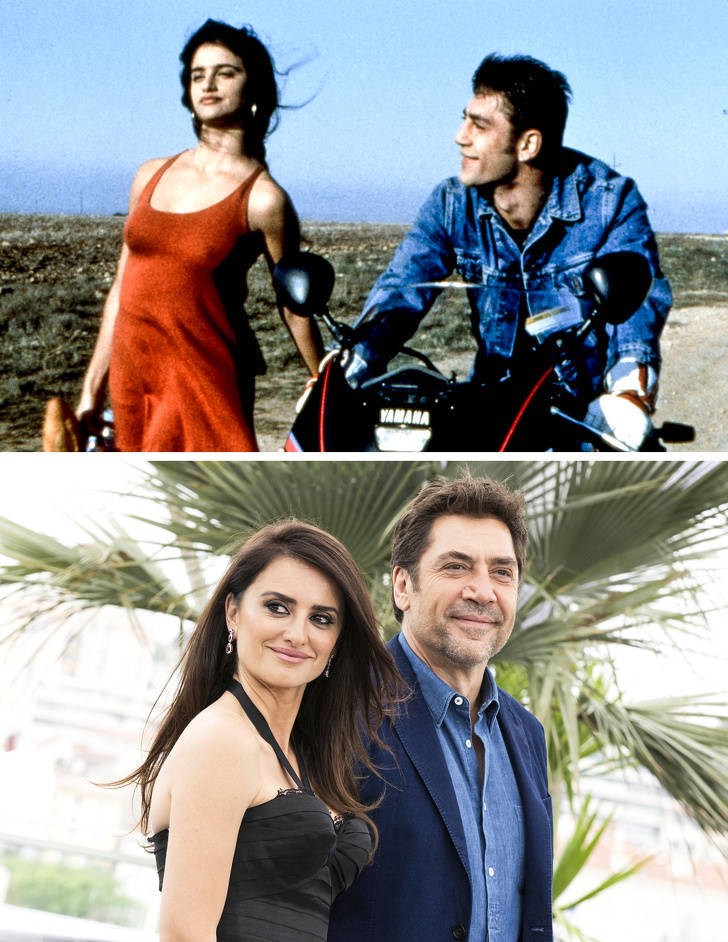 The first film they did together was Jamón, Jamón in 1992, but it was in 2007 when they began dating, after starring together in Vicky, Cristina, Barcelona. They married in 2010 in a secret wedding, performed on Johnny Depp’s private island in the Bahamas. Their marriage is solid, and they have 2 children. 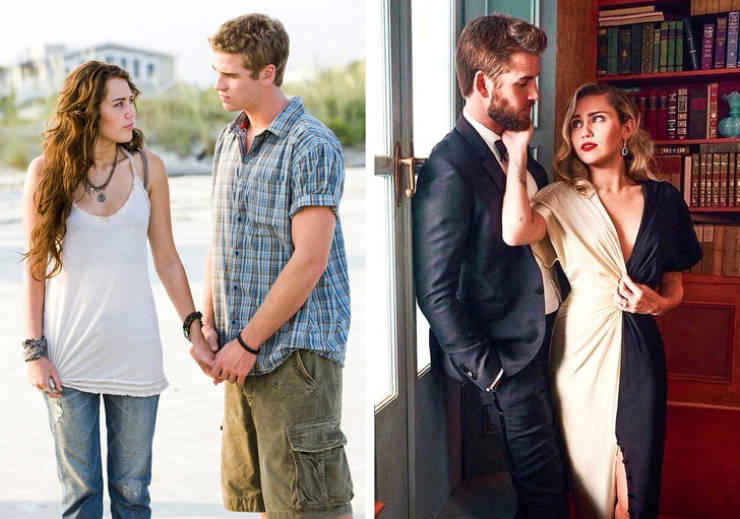 The singer and the actor fell in love while starring in the movie The Last Song. Miley and Liam became a couple in 2012, but they ended it in September 2013. In 2016 they decided to give themselves a chance and even got engaged. However, the couple broke their engagement off recently, ending their relationship again. 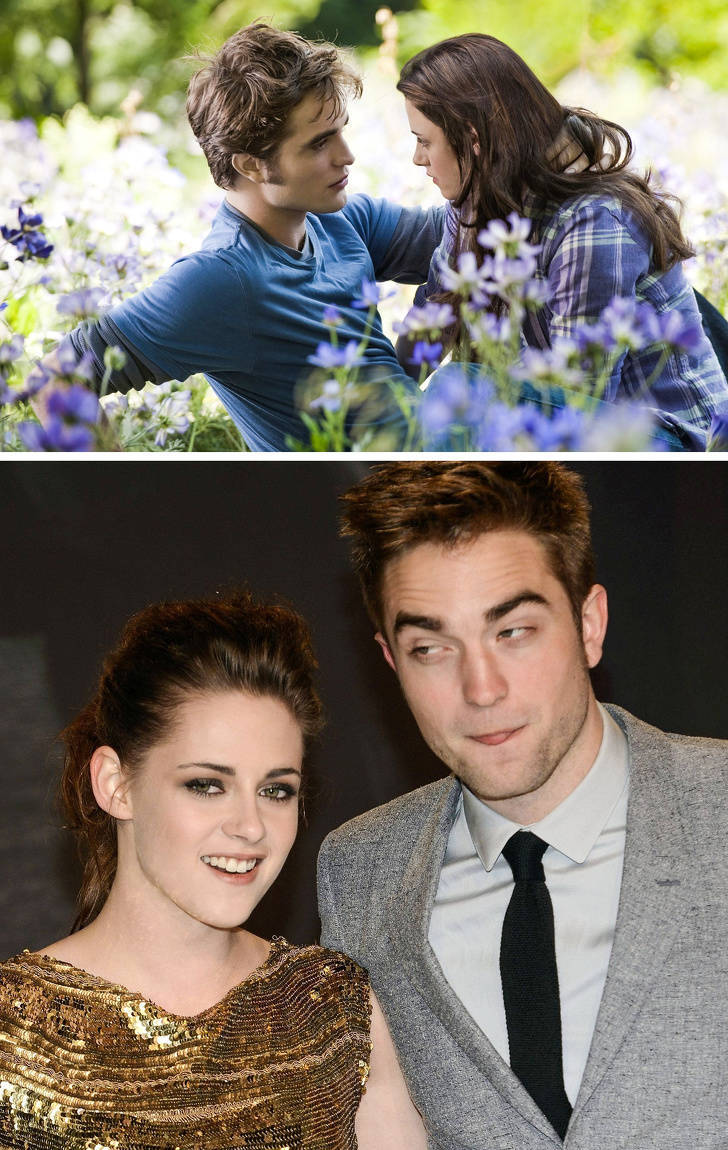 The leading actors of the Twilight saga were together between 2008 and 2013. They split up because of Stewart’s infidelity, who stated that they both had a contract that made them stay as a couple for years. Fans of the film and books loved to see the protagonists as a couple while the saga was being shot, so the director made sure he gave the public what it wanted and tried to legally ensure the relationship for them. 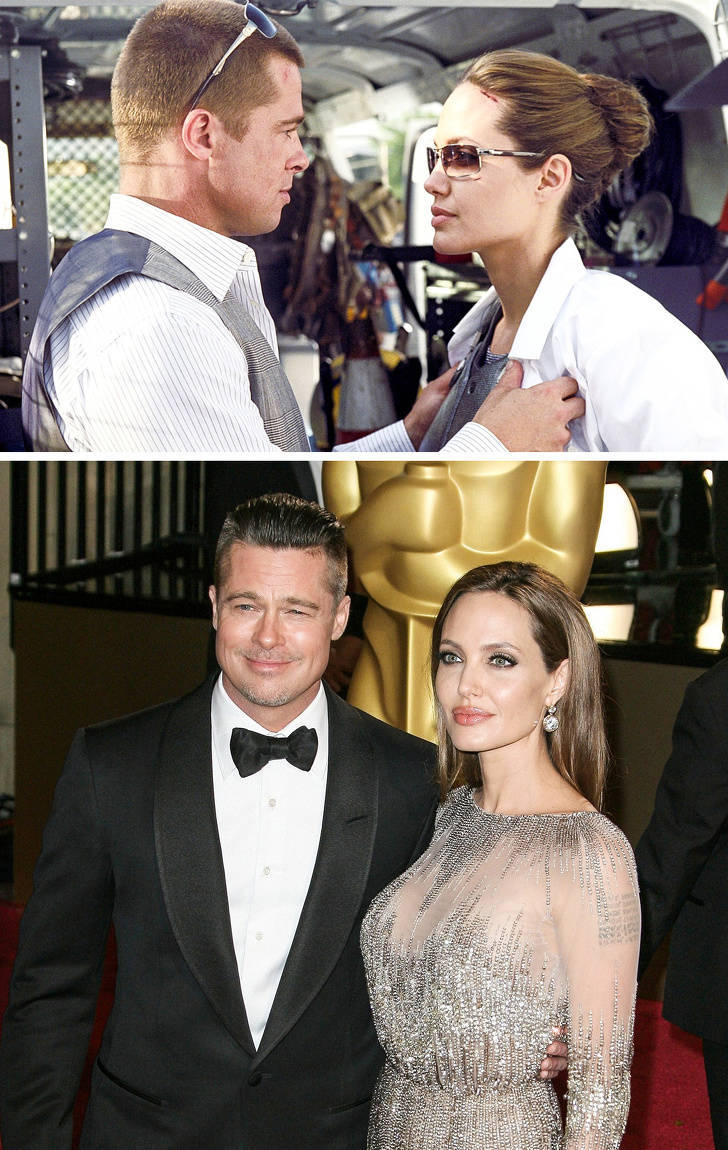 The couple got together after the filming of Mr. & Mrs. Smith in 2005, and eventually became one of the most prominent couples in Hollywood. The beginning of their relationship was a bit harsh, since Brad Pitt had been together with Jennifer Aniston for several years. The actors got married on August 23, 2014, but in 2016 Angelina filed for divorce, claiming they had different opinions regarding the education of their 6 children. 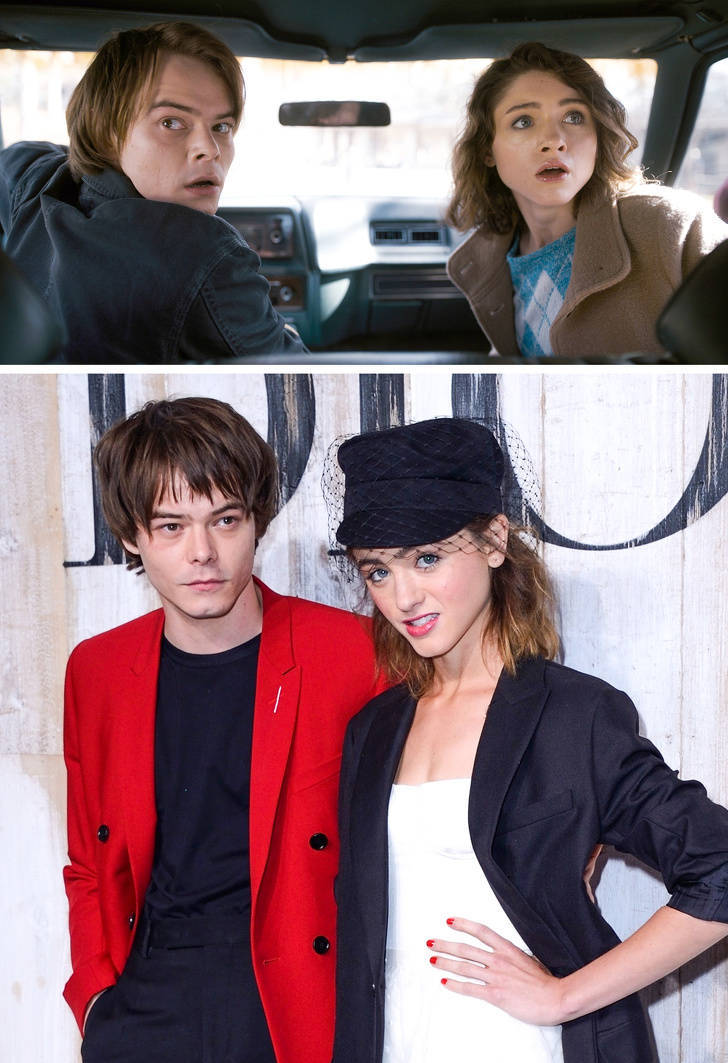 The actors from Stranger Things began to appear together in public at the beginning of 2017. Since then, it was speculated that they were a couple, although they didn’t make it official until several months later. Today they’re still together, both in love and at their work, since they’re filming the third season of the series. 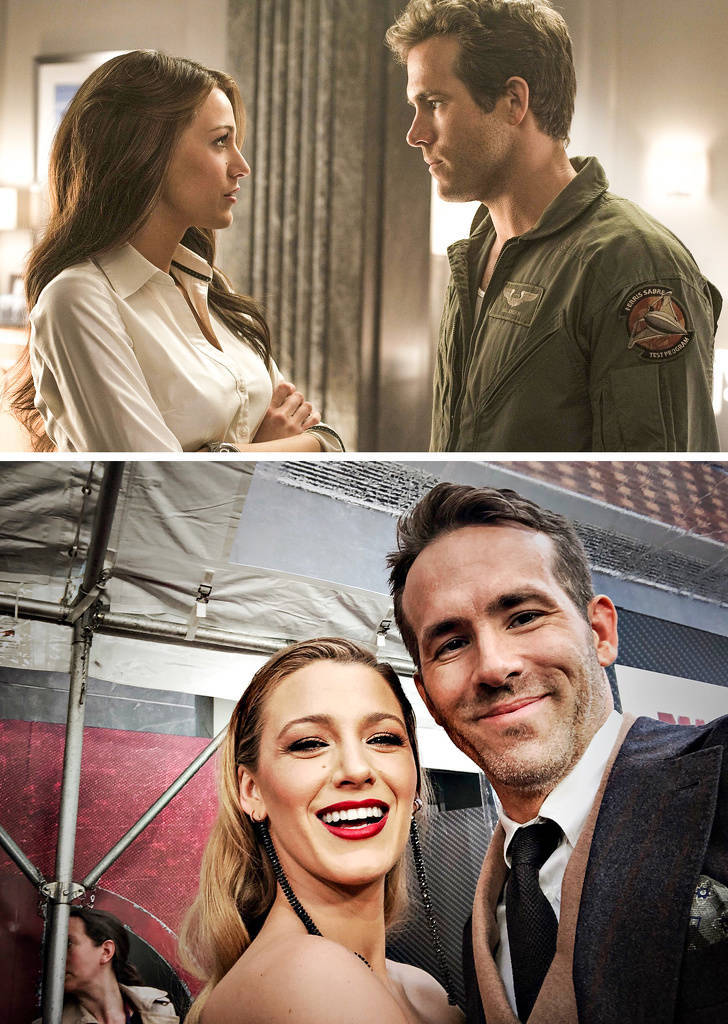 After shooting the film Green Lantern, their friendship became a romantic relationship, which ended with their wedding in 2012. They’re still happily married and have 2 children who are 2 and 4 years old. 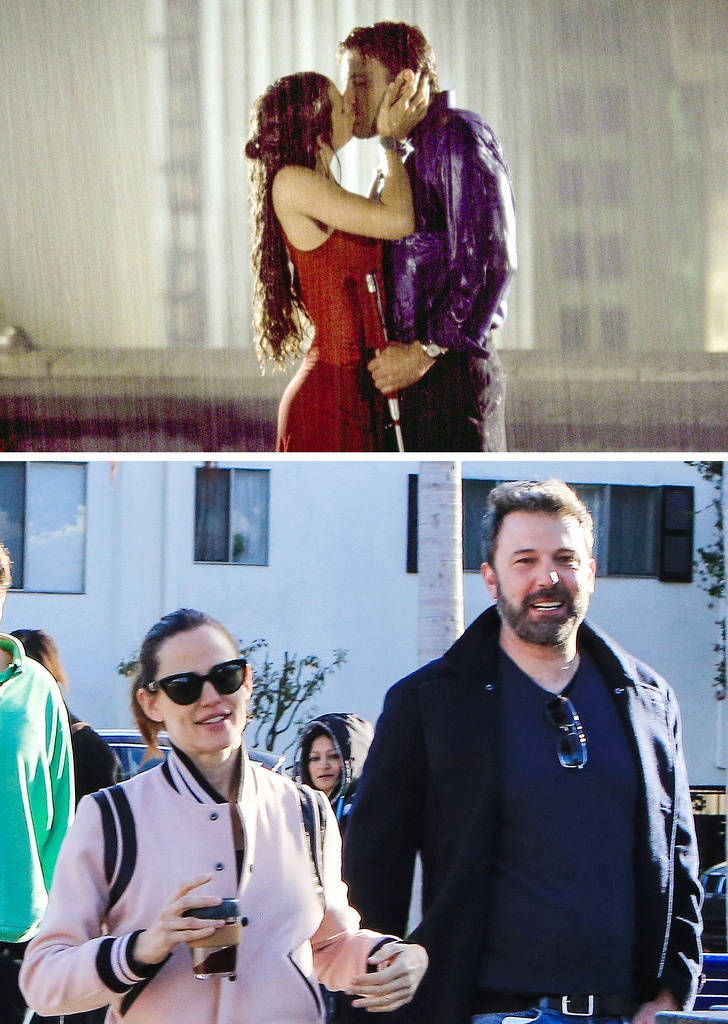 The actors began their relationship after filming Daredevil. They already knew each other from the set of the movie Pearl Harbor, filmed in 2001. Their love story lasted from 2005 to 2017, when they divorced. According to the press, the couple split after Affleck cheated on Garner with their babysitter. 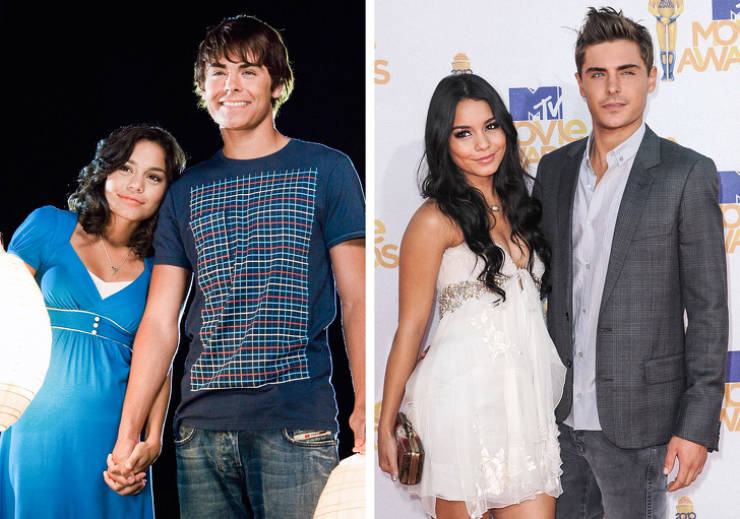 Theirs was a teenage love story that lasted 5 years from 2005, the year of the premiere of High School Musical, to 2010. They were both too young and the relationship didn’t work out.