Joe Heller was a notorious prankster

So after his death, his family wrote a hilarious obituary to say goodbye 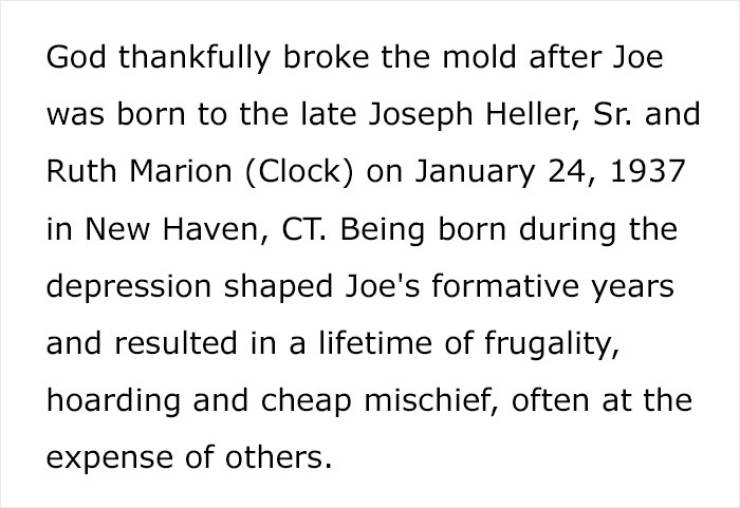 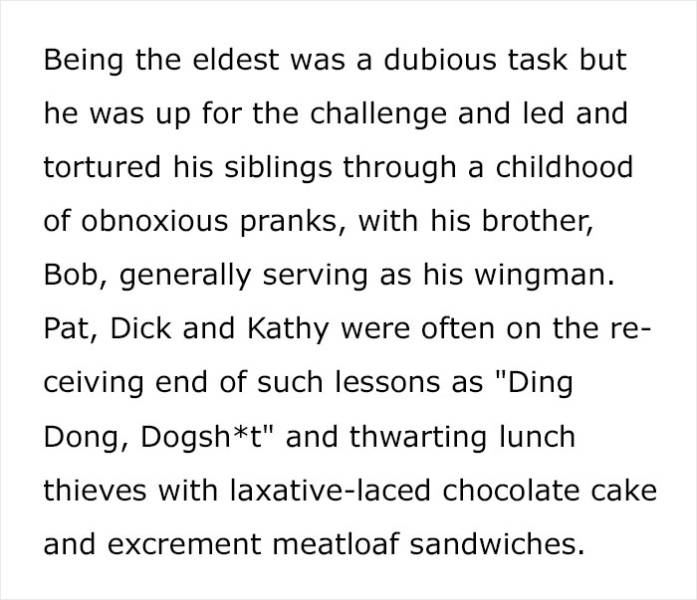 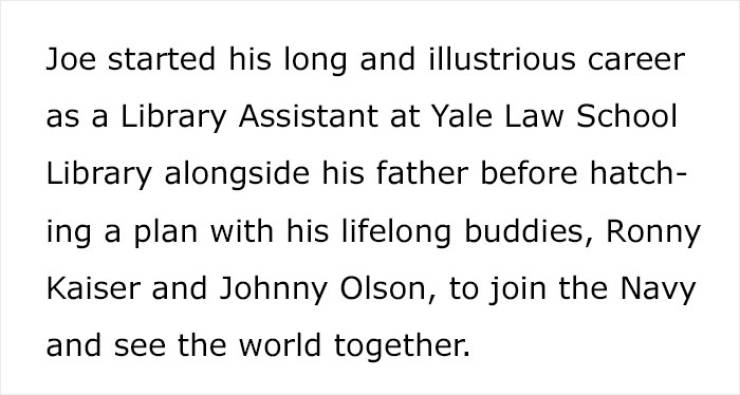 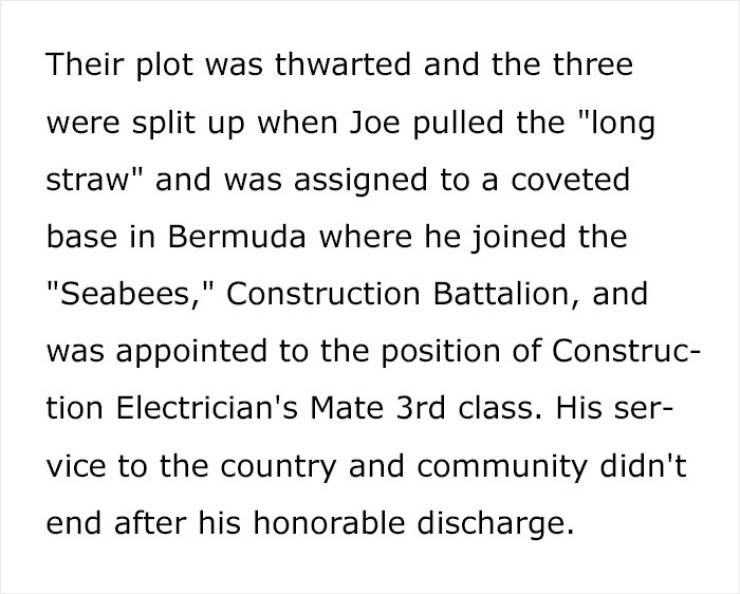 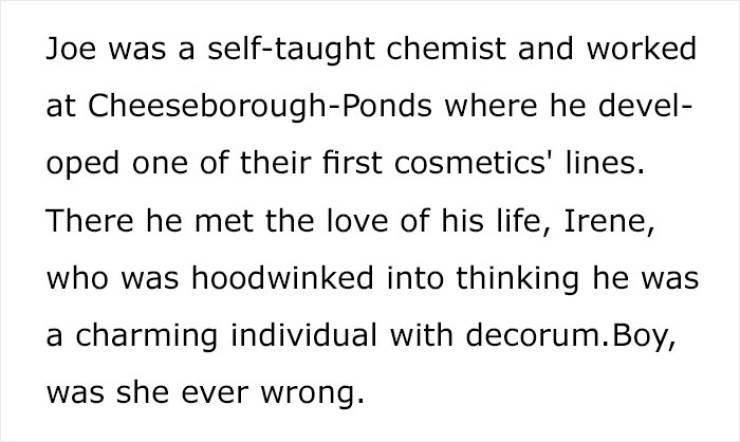 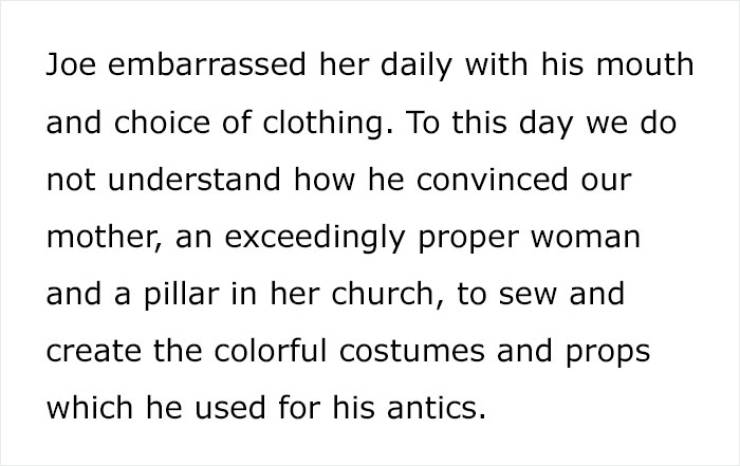 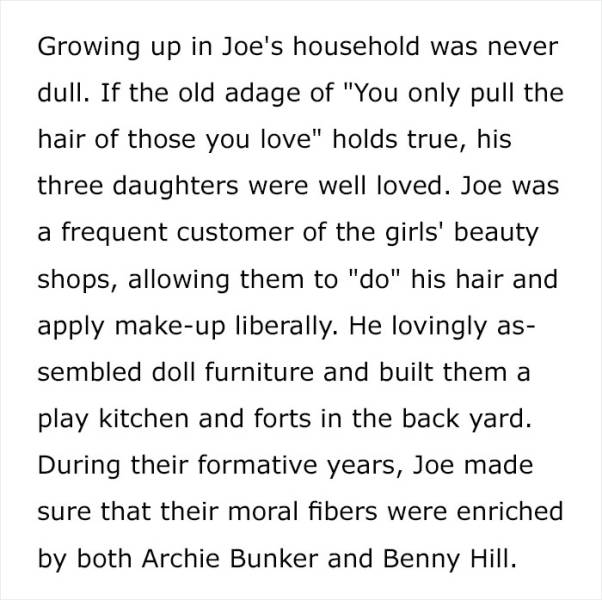 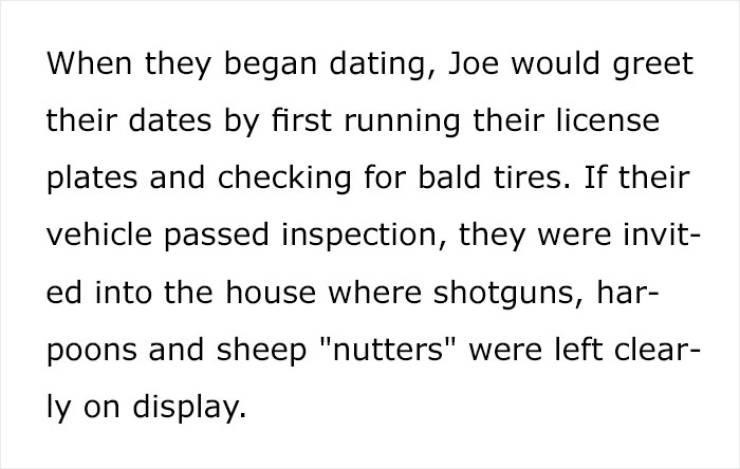 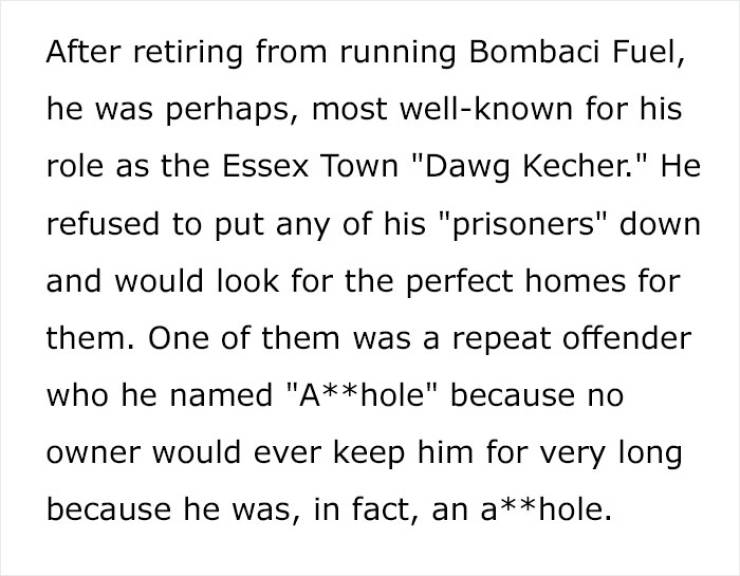 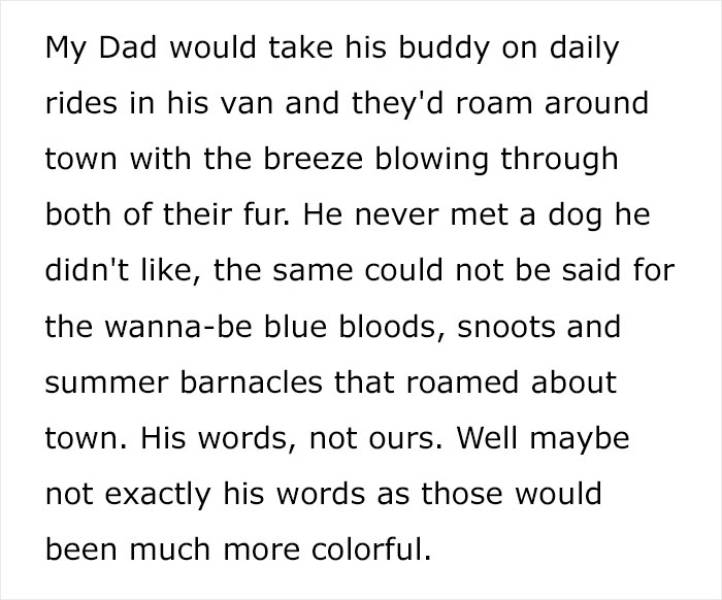 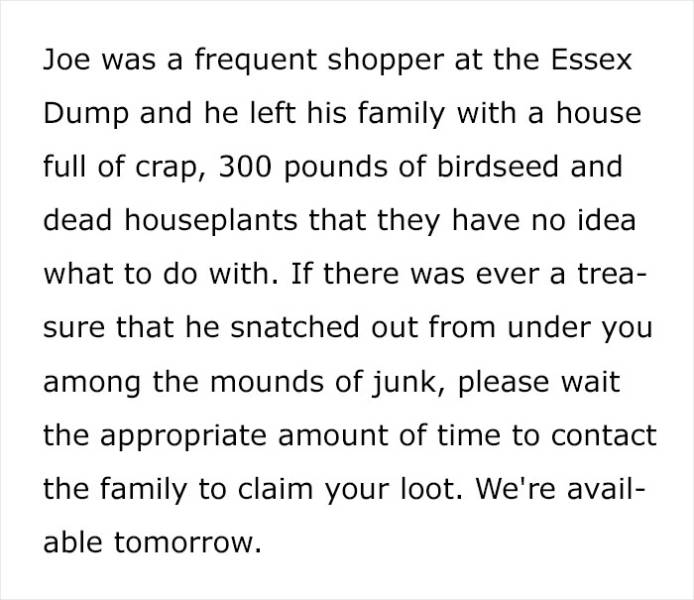 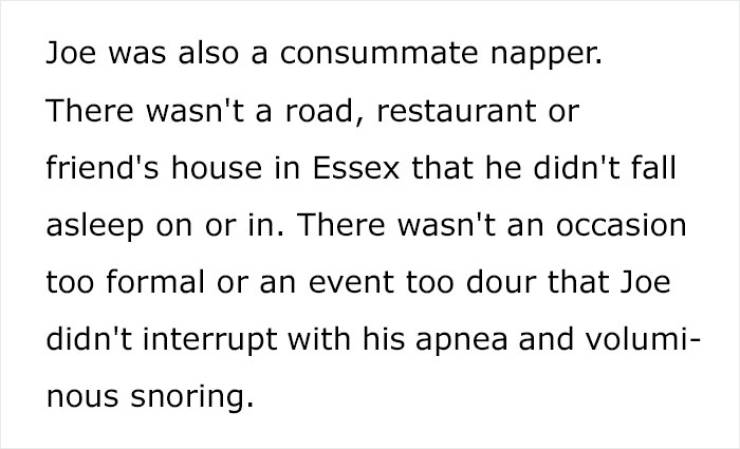 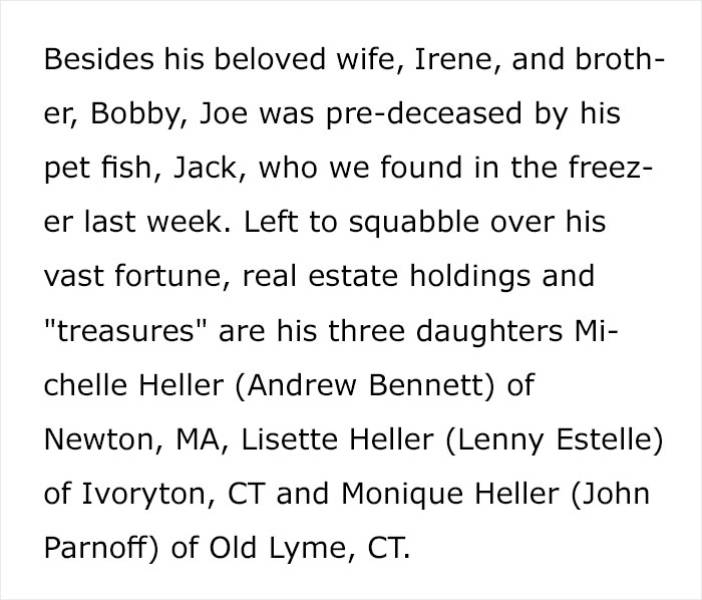 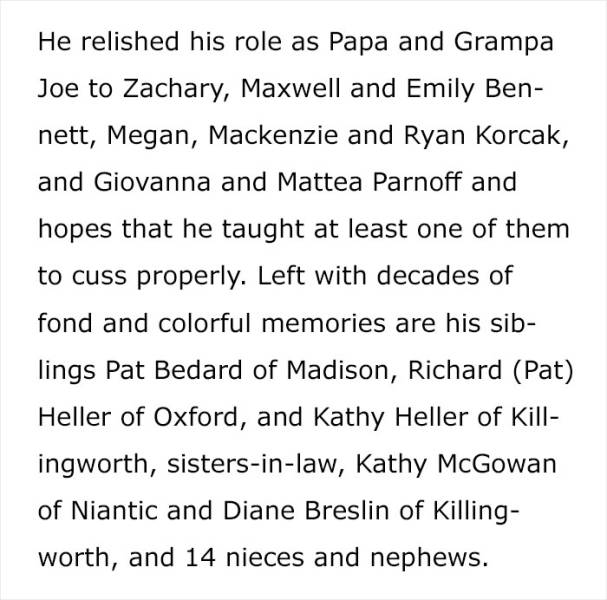 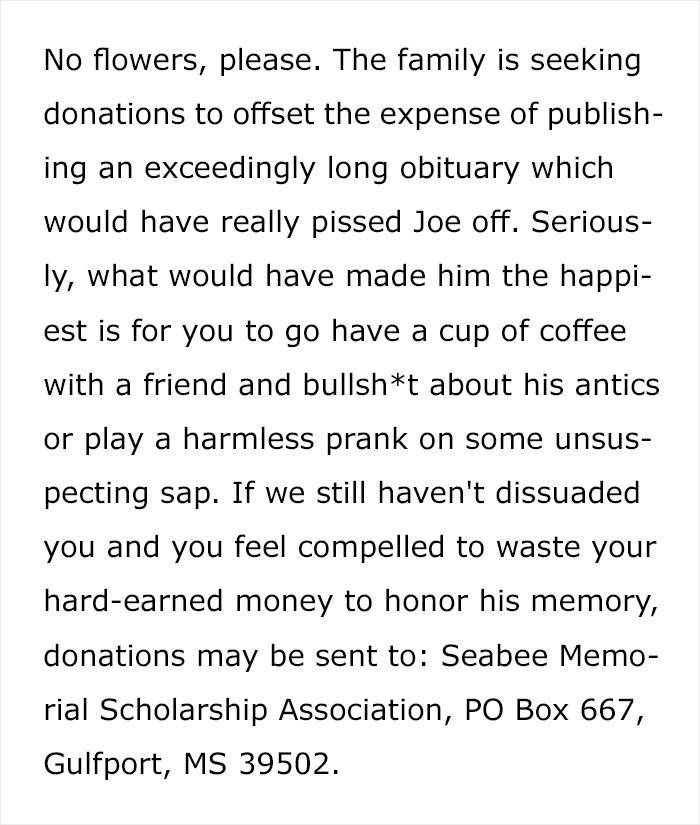 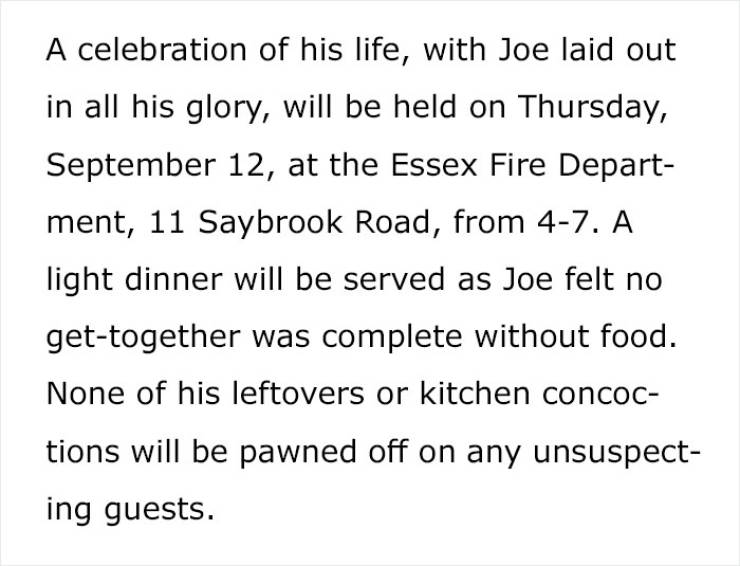 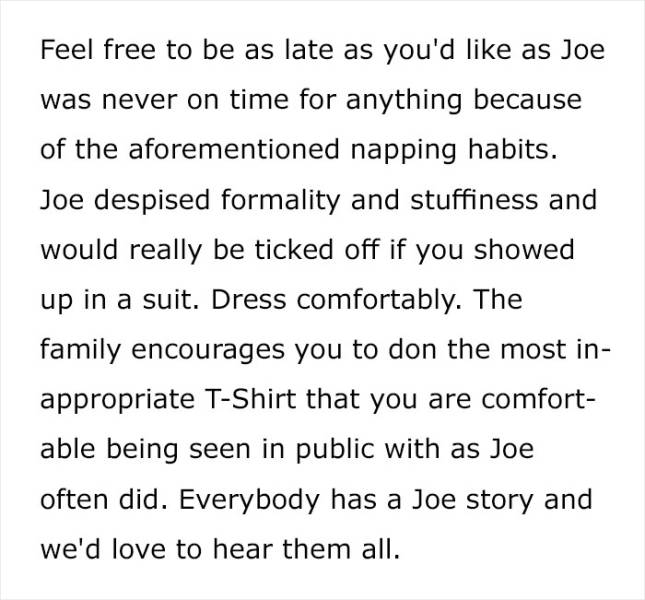 The Connecticuter was 82 when he died. Or, as his family put it in the obituary, he “made his last undignified and largely irreverent gesture on September 8, 2019, signing off on a life, in his words, “generally well-lived and with few regrets.” The person responsible for the side-splitting obituary was Monique Heller, one of Joe’s three daughters.

Joe loved his family very much 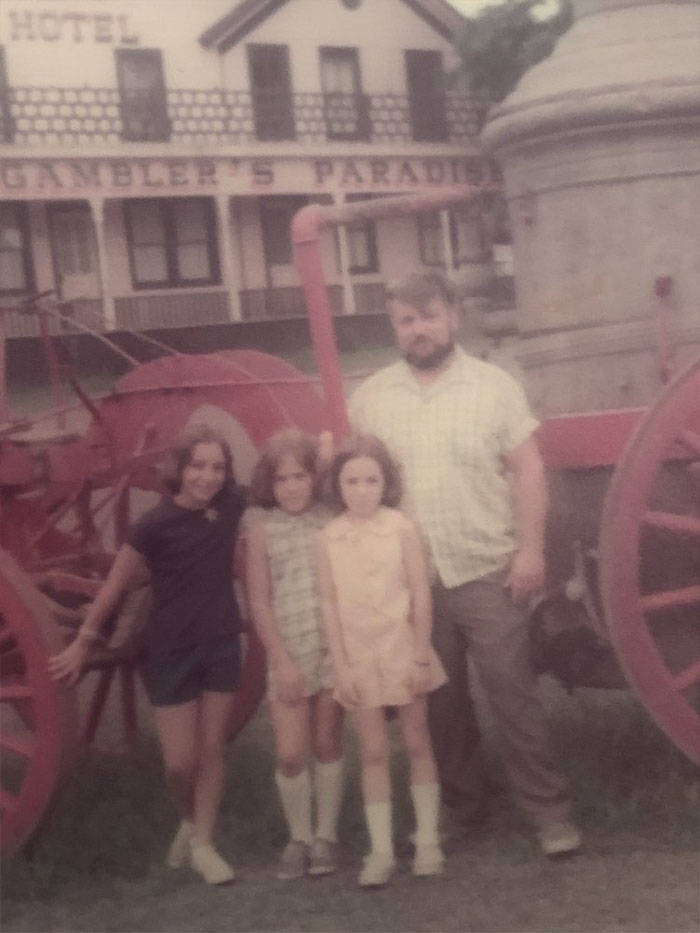 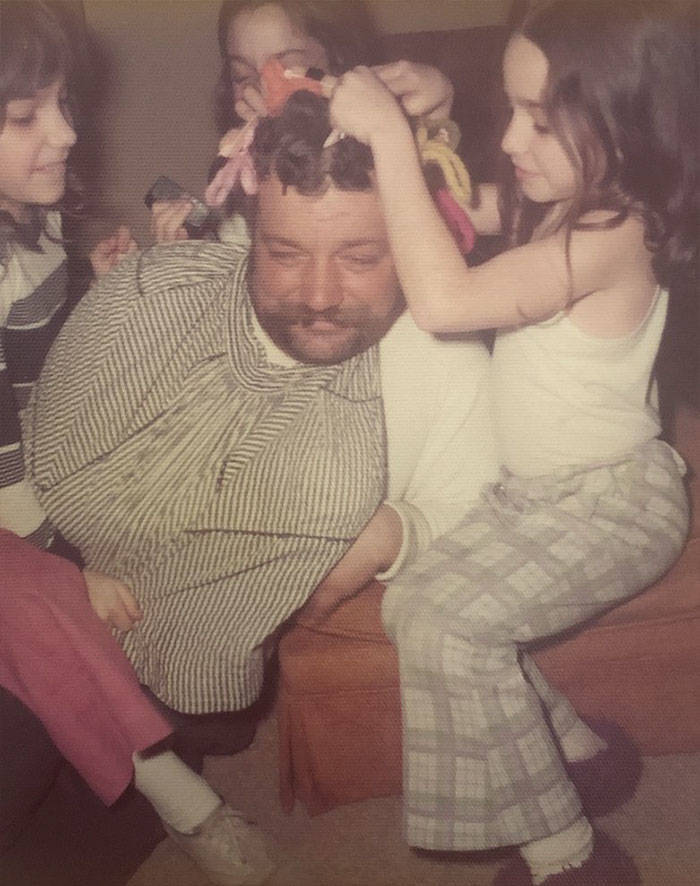 His daughter Monique told CNN that her dad “has an unorthodox view of life and I wanted to honor him and make people smile.”

Meanwhile, Joe’s former co-worker from the research lab at Cheeseborough-Ponds had this to say: “I still remember that Joe would find great pleasure in mentally, and often physically annoying and harassing me daily. I honestly think those days as some of the most fun of my working career.” Whereas a pal of his named Mike Perkins revealed how Joe once taught his kids how to swear. “Huge hole in my heart for Joe Heller! The most inappropriate guy in the world with the biggest heart I’ve ever known!” Mike proclaimed. 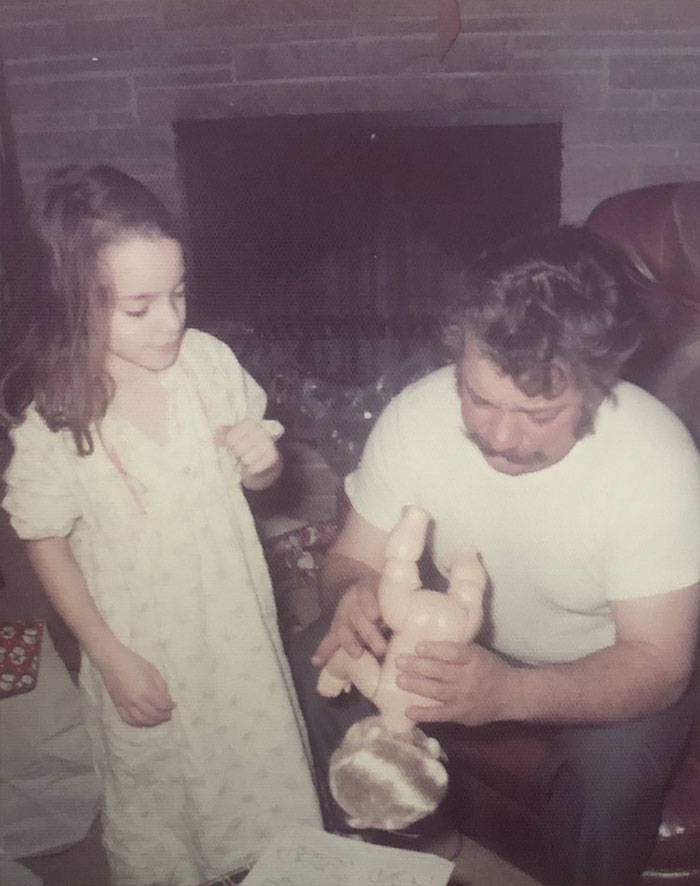 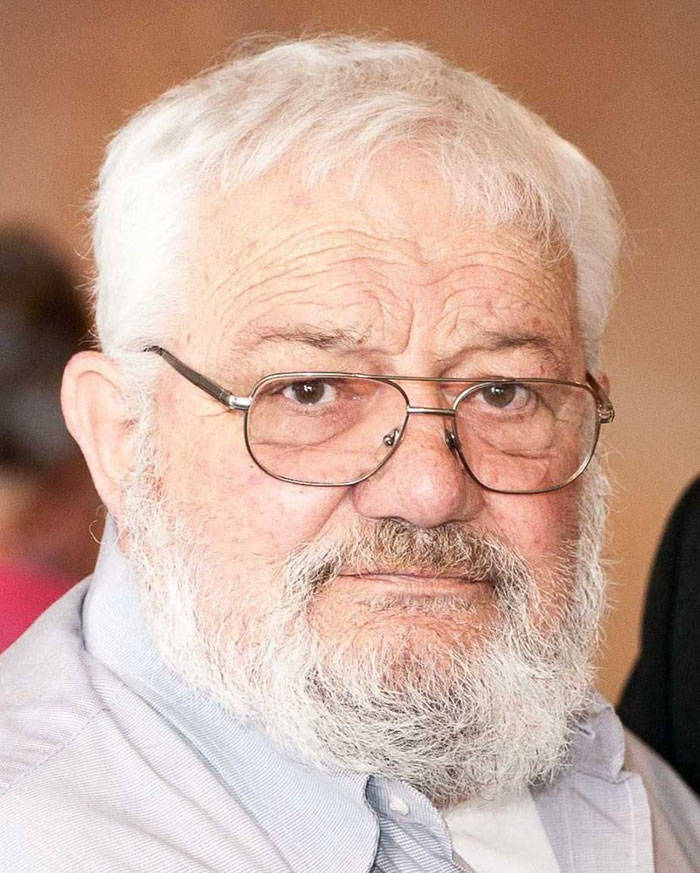 Joe, throughout his life, was a town constable, volunteer fireman, ambulance association member, crosswalk guard, public works snow plower, a Seabee in the Navy, a member of the Antique Veterans organization and a self-taught chemist. But more than that, he was a dyed-in-the-wool prankster, with the goal of having as much fun and as many laughs as possible.

The relationship between death and humor can be a difficult one to gauge properly. But there’s no denying that laughter has many benefits, especially after incredibly sad and stressful moments like the death of a family member. Psychology Today writes that laughter reduces stress, strengthens our immune system, improves alertness, lowers blood pressure and suppresses pain. Joe probably intuitively understood all these benefits, which is why he was constantly trying to make everyone smile and to make them look at life less seriously.

One 8 month s ago