These 440 pairs of shoes were hung up on the wall of a building in Istanbul, Turkey 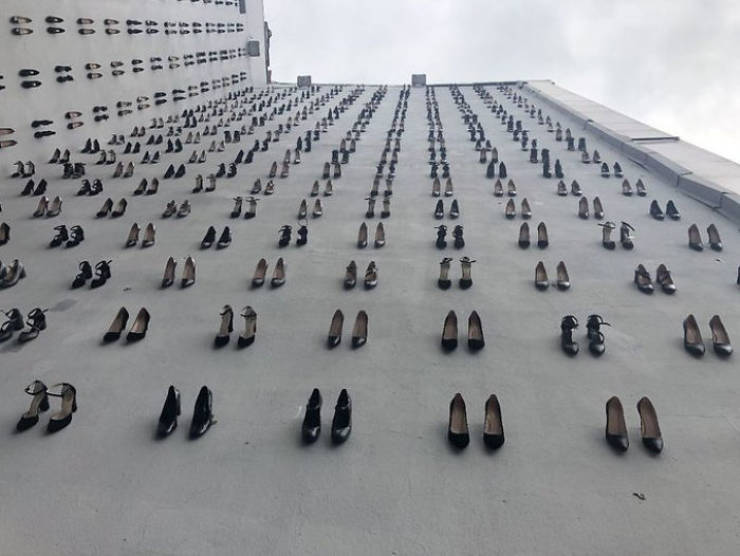 We hear quite a lot of stories about domestic violence against women from about every corner of the world and it is one of the most common reasons for violent deaths in women. Regarding matters in Turkey, these numbers speak to the fact that about 40 percent of women there have suffered from domestic violence, some cases having the most tragic end. In pursuit of bringing awareness to these problems, one artist came up with the idea of a monument no one could overlook. 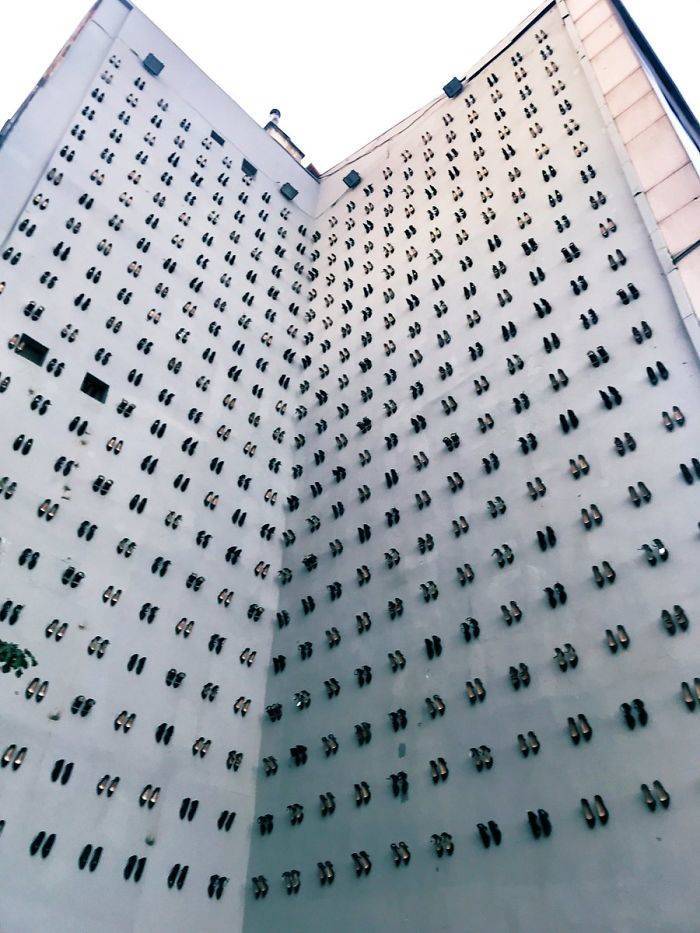 It was made by a Turkish artist and graphic designer, Vahit Tuna 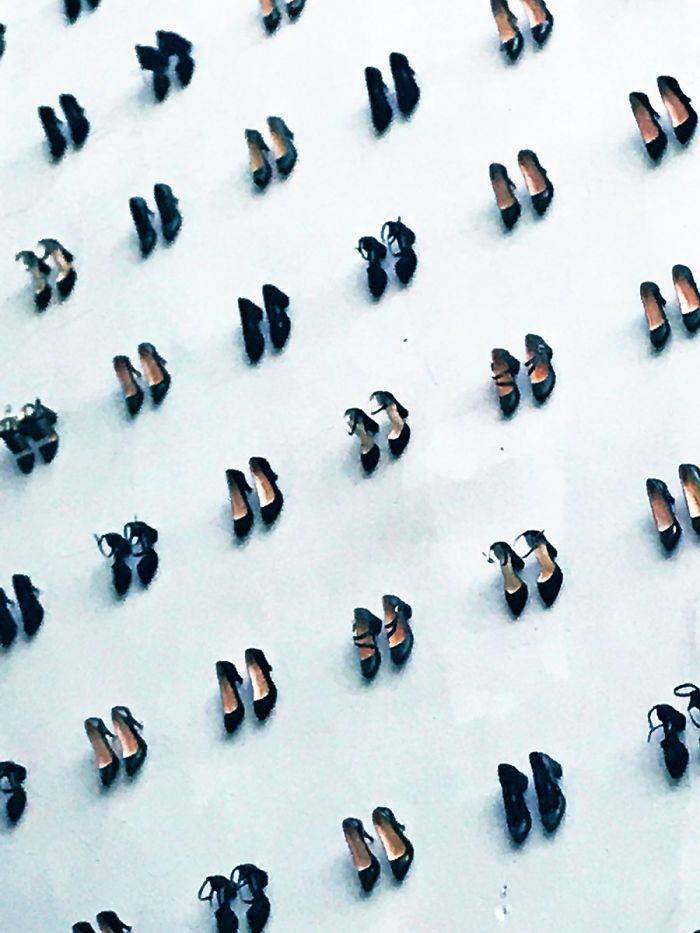 The artist himself said that the inspiration to act came from seeing the increasing number of messages about the problem on social media. However, he was aware that those stories tend to disappear as quickly as they rise to the attention of the public eye and saw the need of a reminder that could not go unnoticed for a long while. 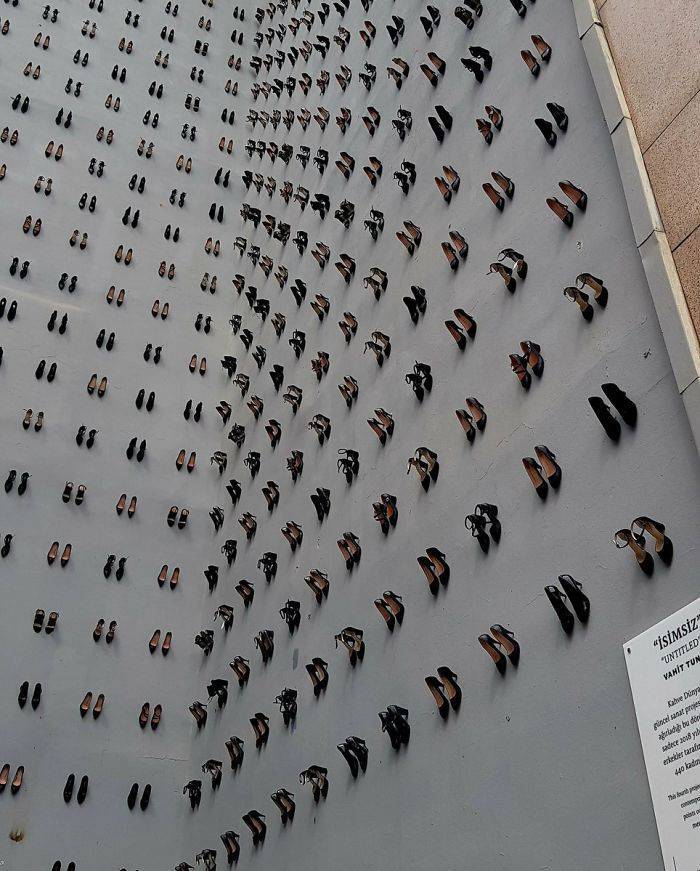 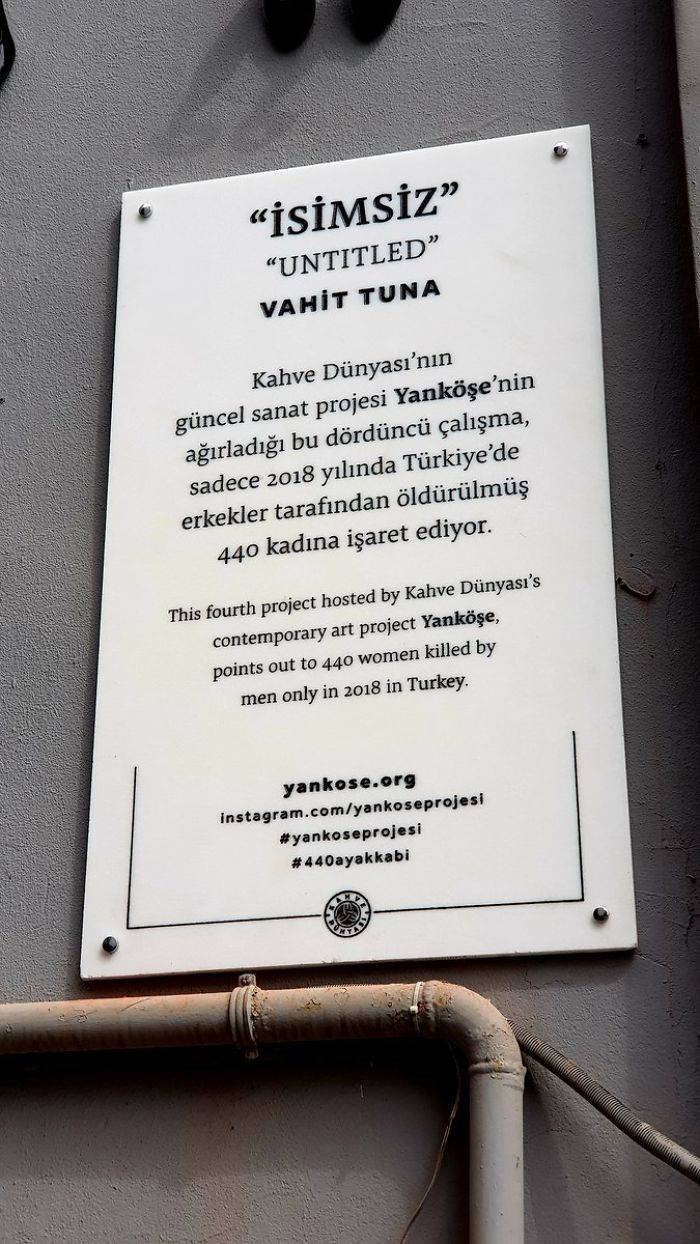 The artist argues about the choice of using high-heels and not flats or any other kind of shoes. He says that on one hand, it shouldn’t be seen as a direct message as he chose heels mostly because of aesthetical reasons. It’s visual after all, so he had to think in that way. On the other hand, he contradicts himself saying it could be seen as a symbol of women being employed and therefore able to care for themselves, not being dependent on their spouses.

In some regions of Turkey, it’s traditional to put a person’s shoes outside after they pass 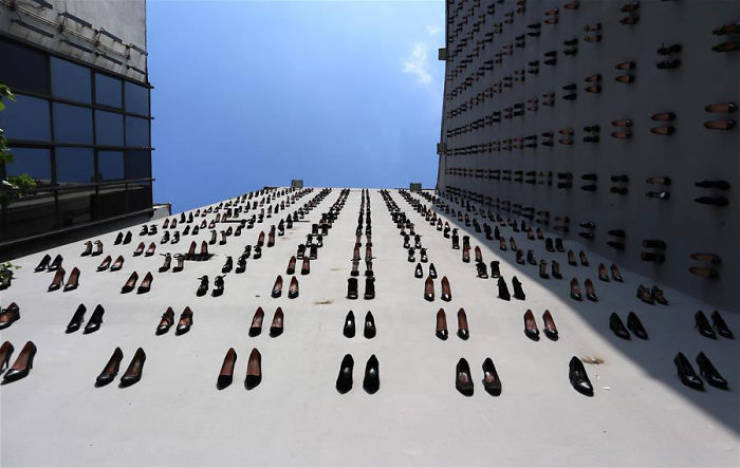 The family puts their shoes out as a symbol of mourning 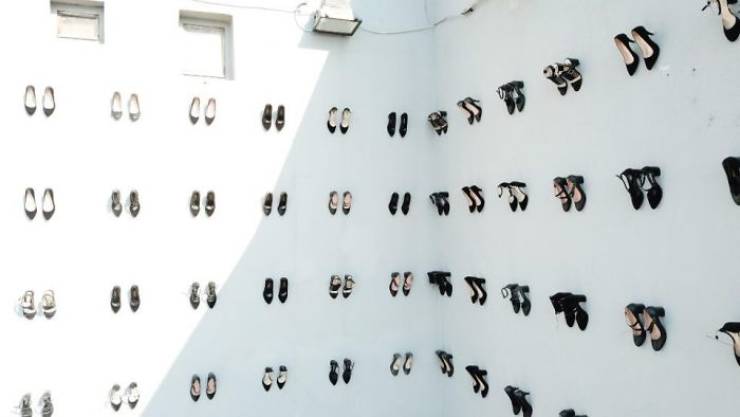 The artist believes that knowledge is power and thus it’s important to know the problem and how can one tackle it as an individual. It takes a lot of separate movement to change the system. Tuna’s other projects also gravitate around social and economic issues his home country is dealing with. 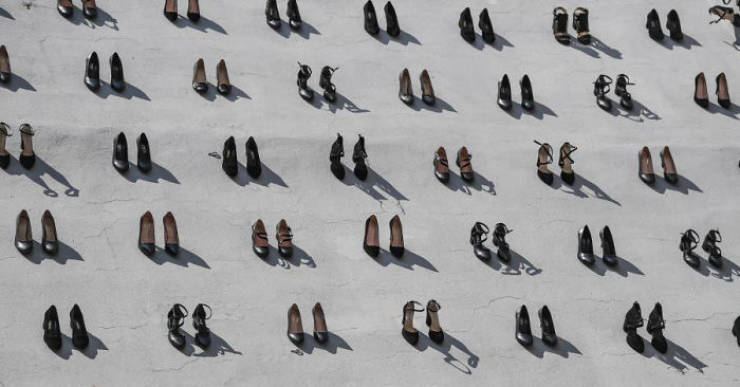 The 440 shoes will stay on display there for 6 months 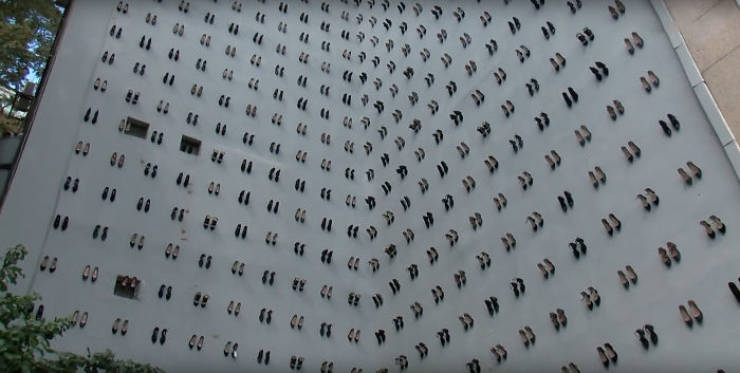 Journalist 10 month s ago
I've never hit anyone in my life. I've never been verbally abusive to a partner. I've never committed any kind of crime against anyone. ...However, my mother beat me to the point of brain damage; she hit me harder than anyone else ever. I've had three girlfriends get physically violent with me. I've been stalked, robbed, and scammed by women. When I hear about women being 'victims of violence', my only thought is 'I wonder what she did to deserve it'? And I have a lifetime of reasons to think that. When are we going to hear about the equal or greater amount of abuse perpetrated by women?
Reply
0

Star 10 month s ago
Any kind on violence is wrong. Although, violence against women is much-much more common and therefore needs obvious attention. The fact that you tend to choose physically violent partners, like was your mother, is like straight out of any psychology and self aid book. It's the same with women, really. Some tend to choose a$$holes for partners. It is all about patterns of life. You need to break out. It is up to you, not the opposite sex. All they can do is say sorry.
Reply