Guy Gets Fired After Posting A Silly Meme (23 pics) 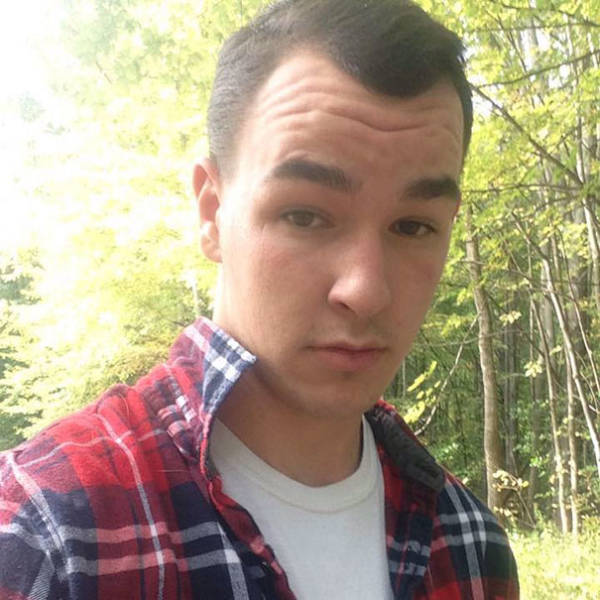 “Boss makes a dollar, I make a dime. That’s why I poop on company time,” goes the caption, under a pic of Elmo sitting playfully on the potty. 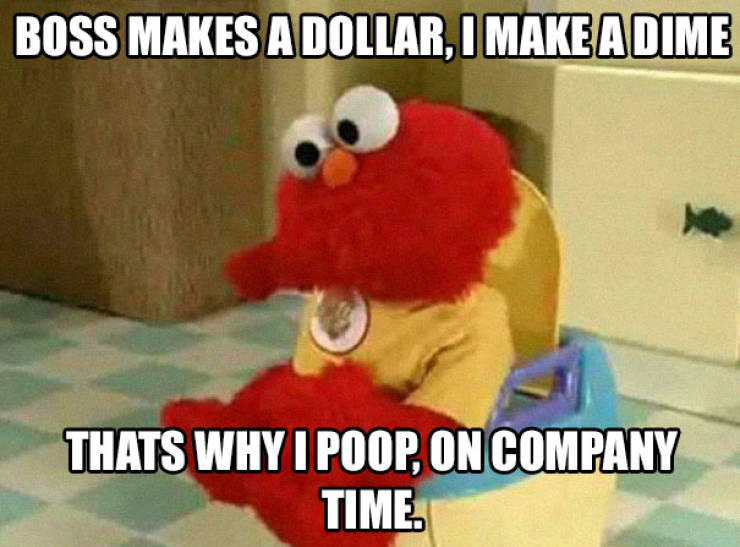 Now, we don’t know the full context or background to this story – perhaps Cody has been a truly awful employee? Maybe Andy, the boss, has put up with Cody’s slacking and ill-discipline for months now, and was itching for an excuse to pull the trigger?

Or it could be that Andy is just a big meanie who has no sense of humor and is on a massive power trip.

Either way, firing somebody for posting a meme in their free time and on their personal social media seems a little…harsh. Don’t you think? 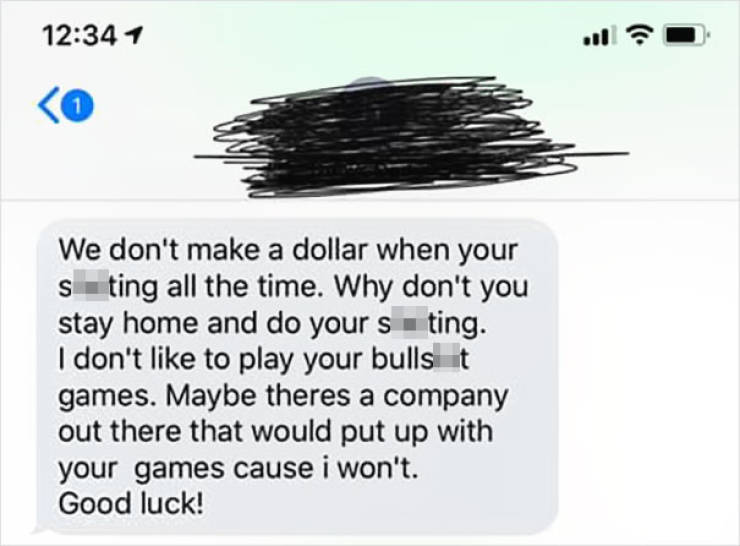 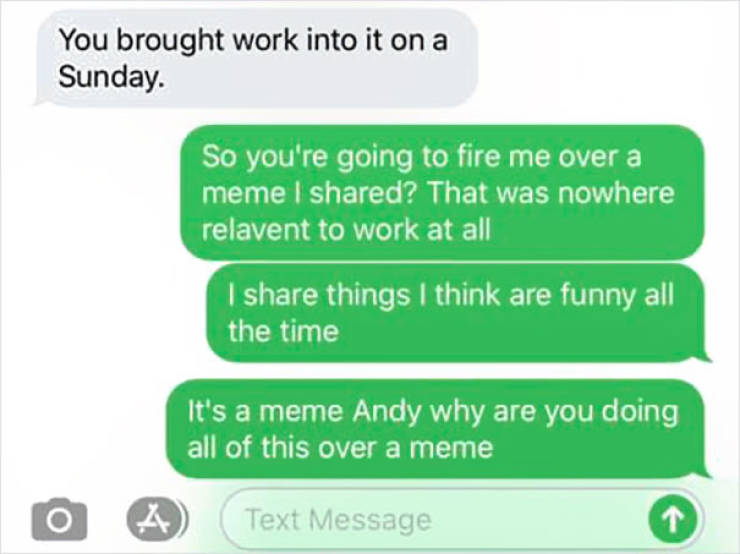 Cody couldn’t believe what had just happened. He had just managed to get himself fired on his day off with a meme about pooping. 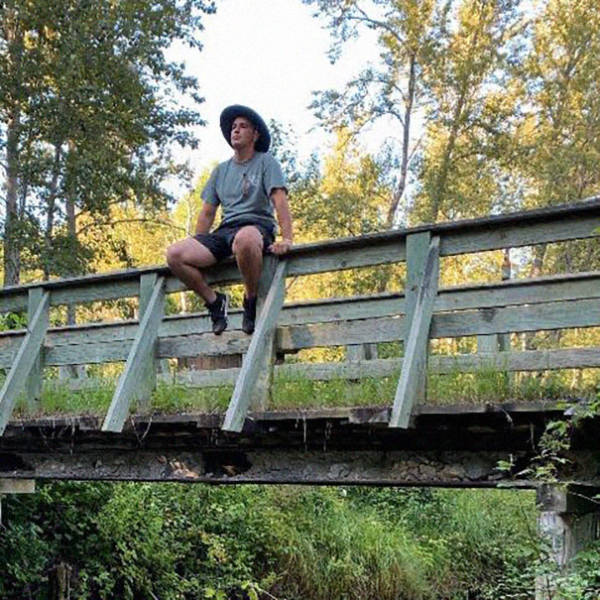 He continued to plead his innocence but his arguments fell on deaf ears. It does seem like this was the final straw in a sorry saga of workplace disappointment – Cody was clearly not a valued team member. 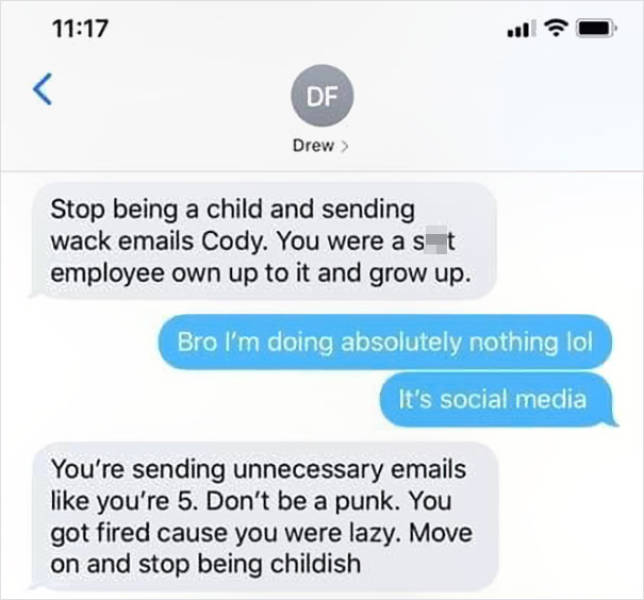 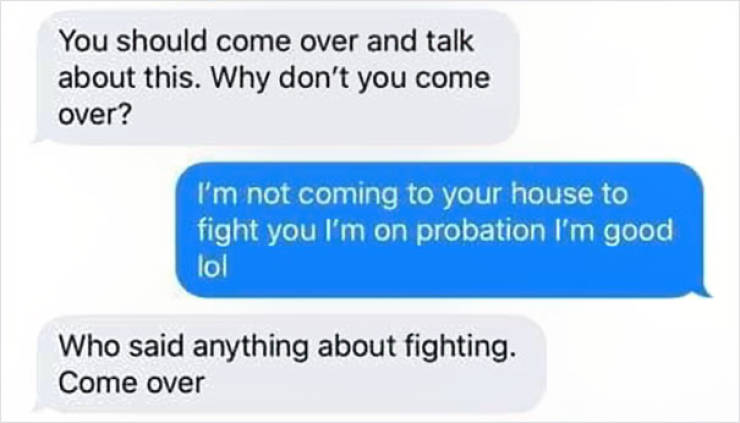 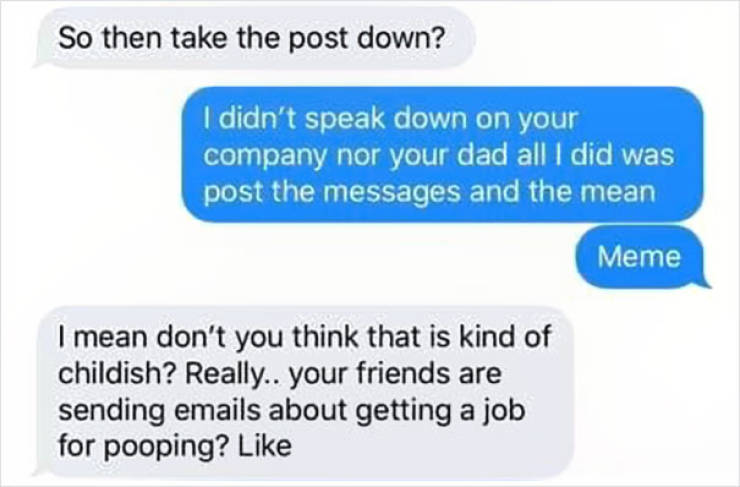 However, Andy’s point about the post ‘getting around’ would come back to haunt him as the story soon went viral, and people were taking Cody’s side. 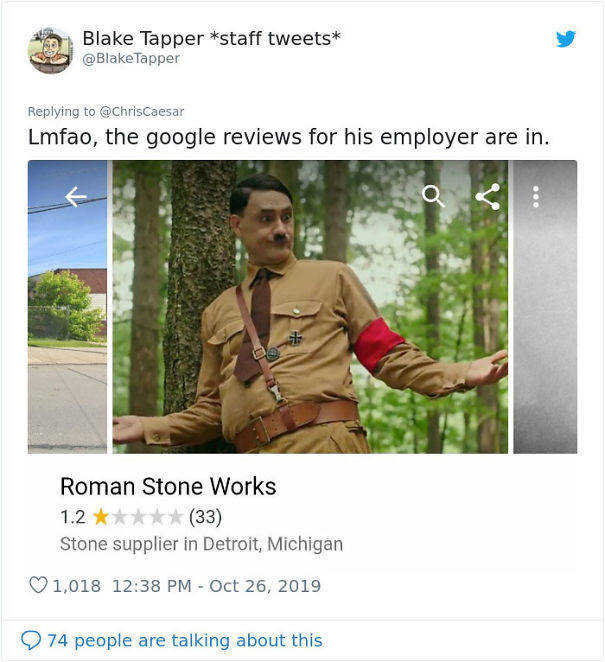 Memes are a powerful form of communication these days, and you don’t want to get on a meme maker’s bad side! People quickly found the company in question and began to stand up for Cody in the way they know best – leaving hilariously withering ‘reviews.’ 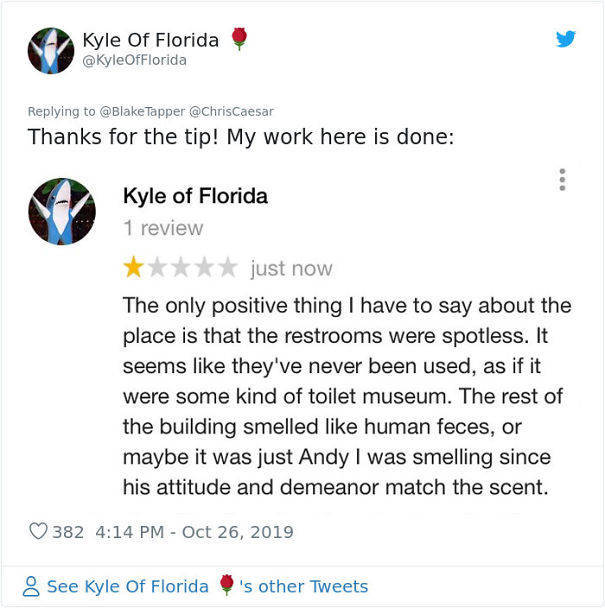 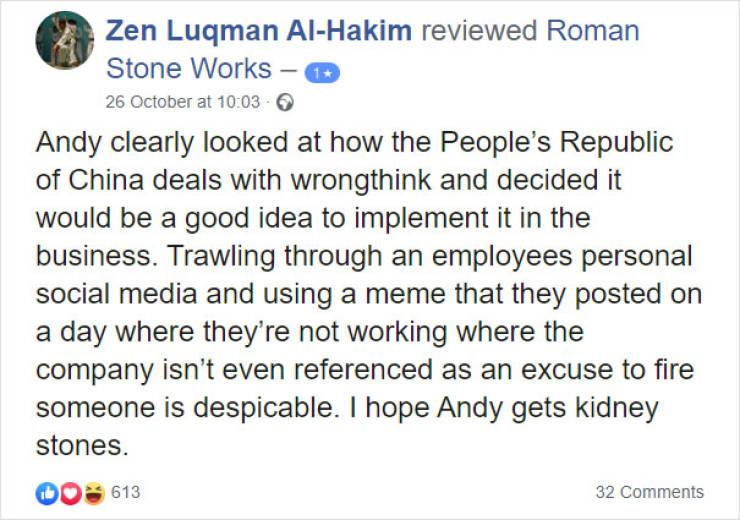 Domestic 7 month s ago
Andy's firing of Cody may have been unfair, but it was also a gift. It showed Cody what kind of person Andy really is, and it's better for him to have found out before things got even worse. Maybe Cody will learn to spot the Andys of this world, and stay away from them -- even if he was the one who was right in any particular conflict.
Reply
3

Christmas 7 month s ago
Cody is on probation? Perhaps Andy fired him over this incident but, I'd wager that Cody is, probably a jerk and there is more to this than it appears..

CookieDevourer 7 month s ago
I have fired few people myself for various reasons and hearing days/weeks later the reasons they were saying to their friends I think it's safe to assume that Cody was the kind of employee who disrupt work instead of making it flow nicely. I also fired a guy for using toilet for too long over the shift time, he did not want to provide doctors note that he has to do it
Reply
1

Devoted 7 month s ago
it doesn't matter what kind of employee he was. his boss seriously said it was a good thing his child died. that makes them automatically wrong and completely awful.
Reply