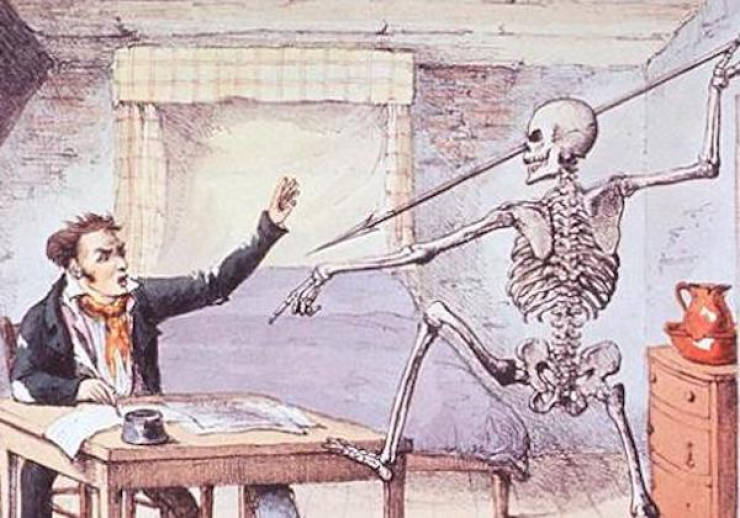 Killed by winning a wresting match in 564BCE 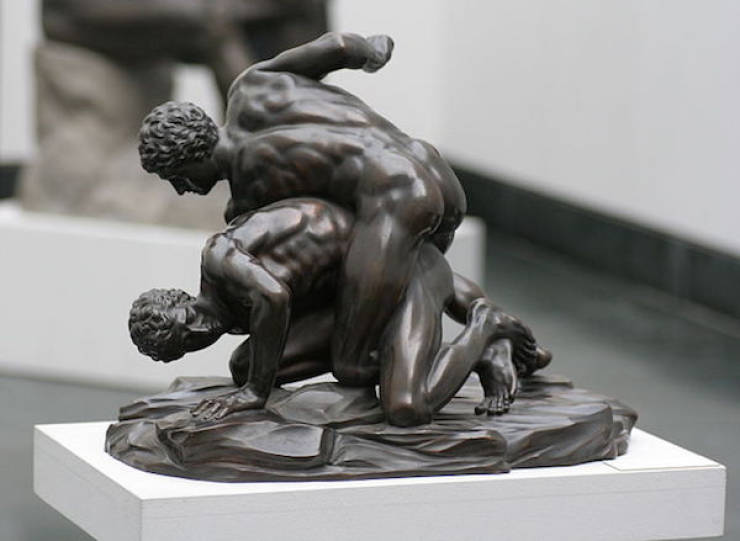 Arrichion was facing off against his opponent in a Pankration (ancient boxing/wresting), and found himself in a choke hold. He pretended to be weakened, then suddenly threw his opponent to the ground, injuring him severely.

The opponent submitted, and it took the officials a second to realize that Arrhichion was dead too. He broke his own neck, while throwing his opponent.

Drowned by a nosebleed in 453 BC 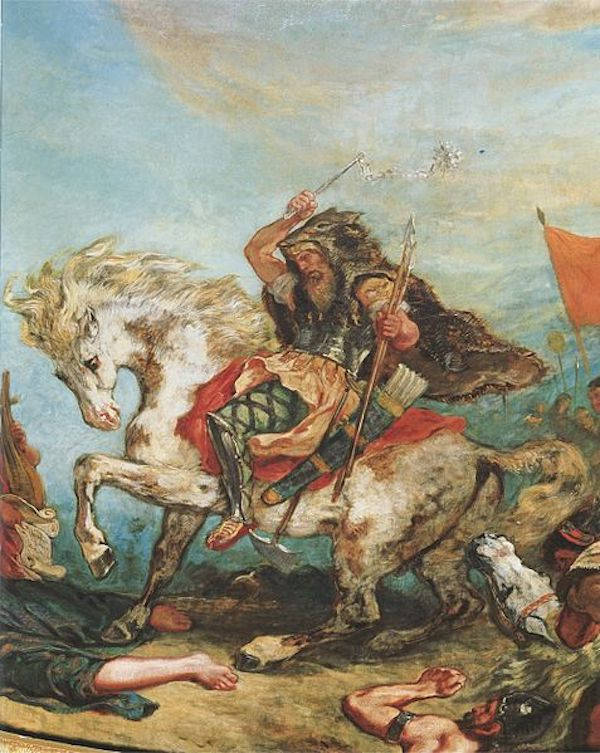 On the night before the wedding of his latest wife (he had several), Atilla got completely stinking drunk. At some point his nose began to bleed, and he aspirated on the blood and drowned in it. 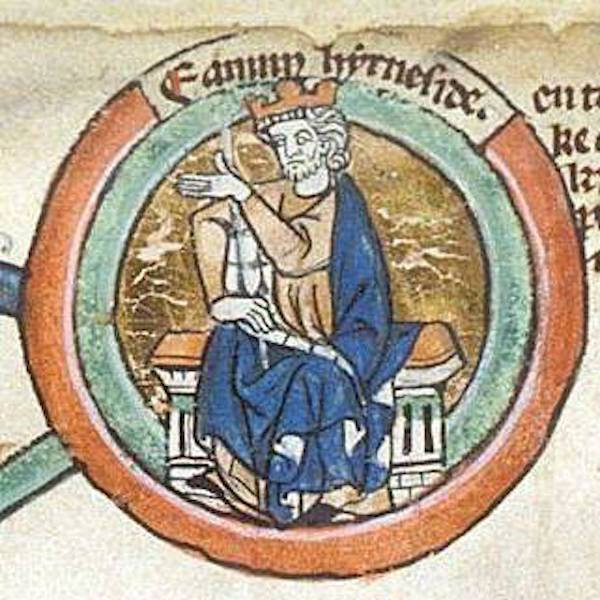 Edmund was a Viking king, and in the 7th month after his coronation, he decided he needed to take a [email protected]#t in private.

What he didn’t know was that an assassin was hiding in the cesspit of poop, and stabbed him several times after he sat down.

Danced themselves to death in 1518 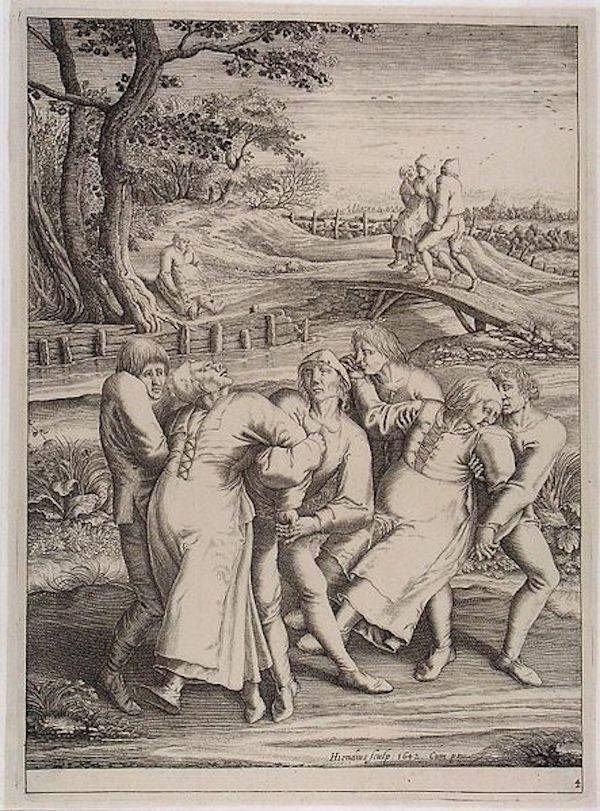 For some reason, a woman named Frau Troffea took to the streets of Strasburg and began doing a jovial dance. She danced for a solid 6 days straight.

After that week, she was joined by 34 other townsfolk. A month later, nearly 400 people were dancing, with 15 dying per day due to exhaustion, heart attacks and strokes.

To date, no one knows the reason for “the dancing plague,” and if they were really dancing happily or just having a mass seizure. 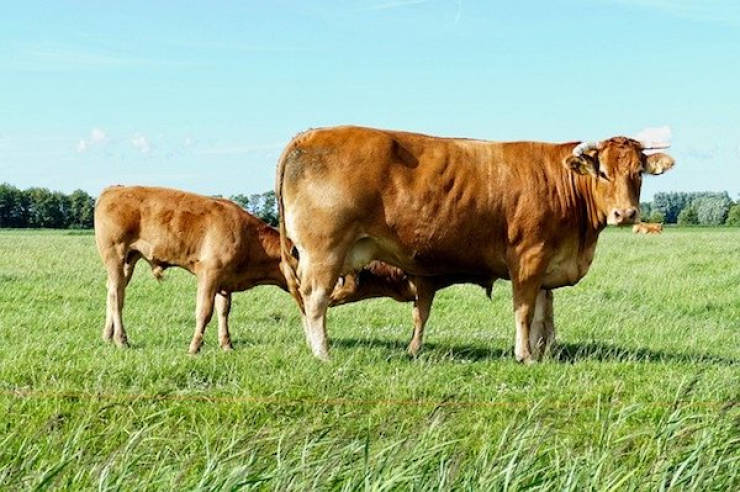 Both João and his wife were sleeping one night, when a cow wandered onto the roof of his house, and fell through the ceiling.

It crushed him to death, but the cow and his wife walked away unscathed.

Killed by eternal life in 210BCE 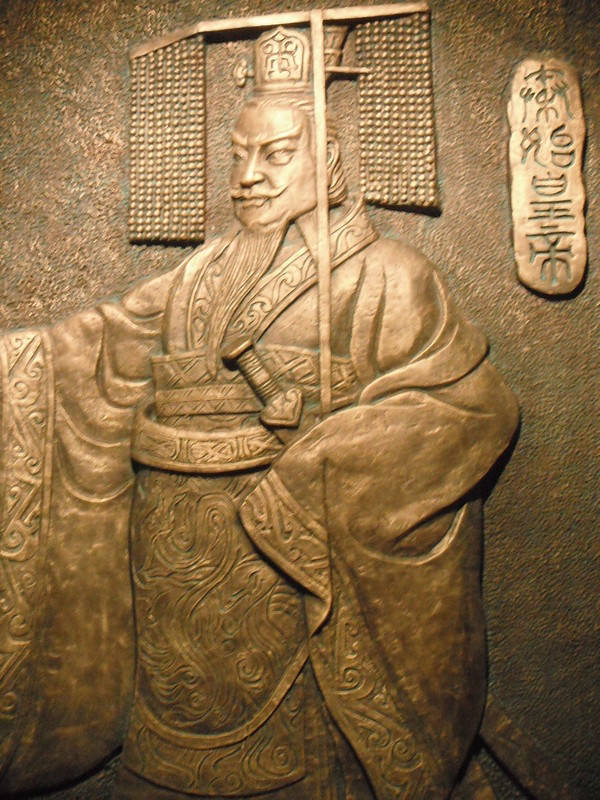 This was the guy who kickstarted the Qin dynasty, and commissioned the Terracotta soldiers. Supposedly, in his desire for immortality, he had his alchemists create mercury pills that would give him eternal life.

They did not, and he died a painful death. 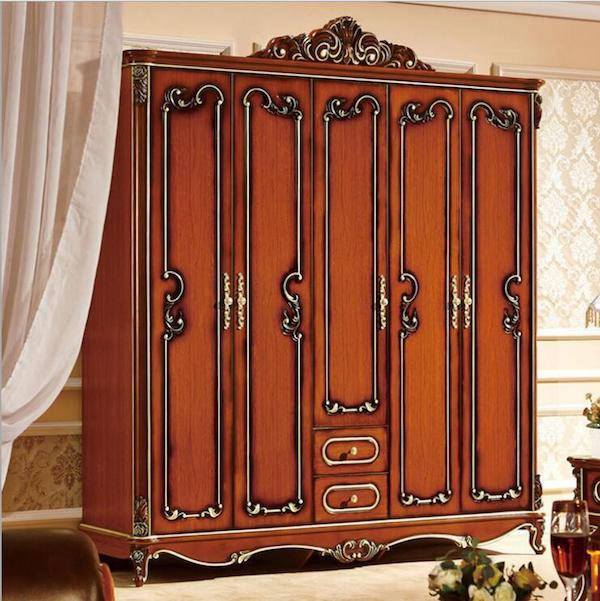 A woman named Elizabeth Spencer loved sneaking around with James, especially because her father didn’t care for him. They were currently in the middle of a sex romp, when they heard her father’s coach outside. Betts went and hid inside the cupboard, and waited for Elizabeth to let him out.

Except, her father came to take her away for a few weeks, and she didn’t know James was hiding in the cupboard. He suffocated and his corpse was found by Elizabeth when she returned. 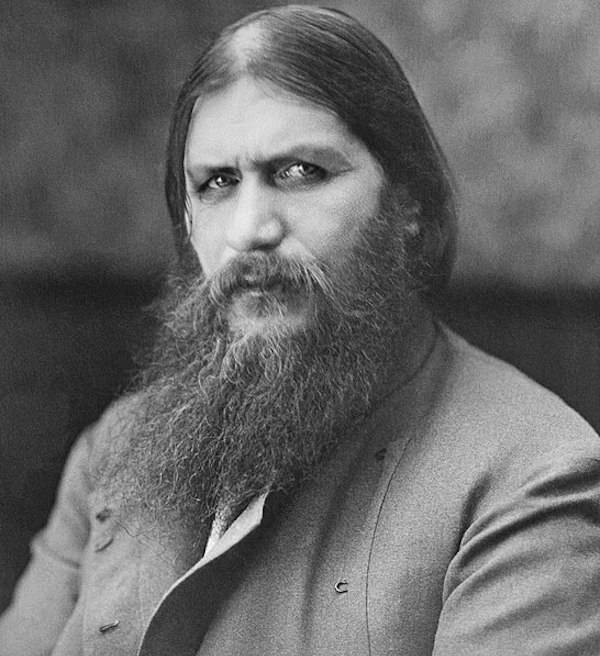 Rasputin was a creepy mystic who had the Empress of Russia wrapped around his finger for some reason, and the upper class of Russia was worried that he’d get too much power. So they plotted to assassinate him.

First, they poisoned him with food laced with cyanide. He asked for wine to wash it down. They gave him poisoned wine. He drank 3 glasses. Nothing happened.

So they just decided to shoot him instead. He took several shots to the body, and kept on fighting back. So they shot him in the head, and he stayed down.

To make sure he was gone though, they wrapped him up and threw him in the icy river. Even then, the conspirators weren’t 100% sure he was dead. 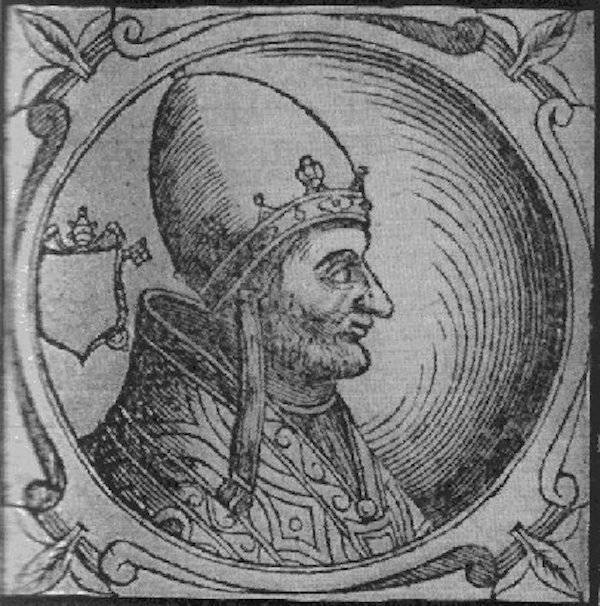 Shortly before Holy Roman Emperor Barbarossa was to be excommunicated, his accuser, Pope Adrian, choked to death on a fly that was swimming in his wine. 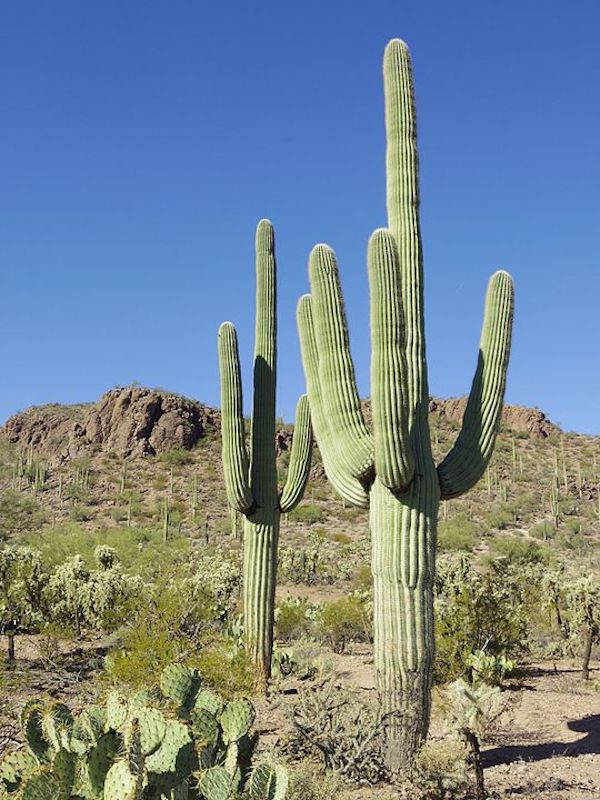 David decided to go out and shoot at Cacti in the desert with his roommate. He shot a small one in the trunk a few times and it fell to the ground, no problem.

Next, he went after a 100-year old, 26-footer. A 4-foot arm fell off the cactus after shooting it, and it landed right on top of him.

Killed by a severed head in 892 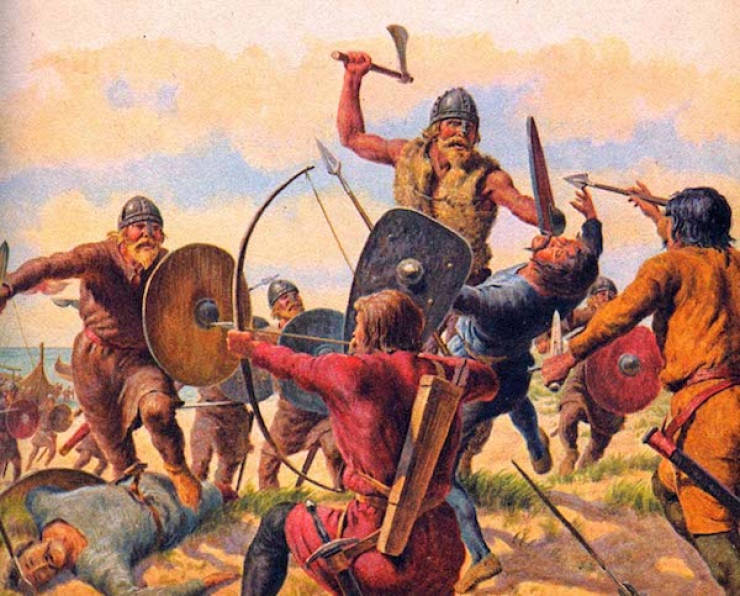 Sigurd was an Earl of Orkney and one of the leaders of the Viking conquest of Northern Scotland. In battle, he took the head of Máel Brigte, and tied it to the back of his horse to celebrate the victory.

The head bounced off the ground and swung at him, lodging the tooth of the victim into Sigurd’s leg. He died of a fatal infection.

Shot himself by accident in 1871 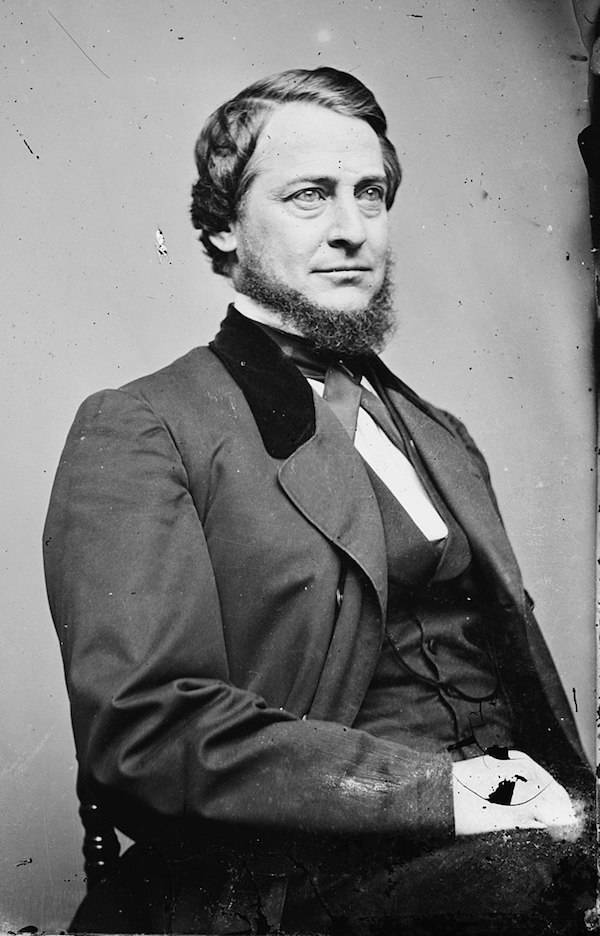 His client was cleared of all charges.

Shat himself to death in 336CE 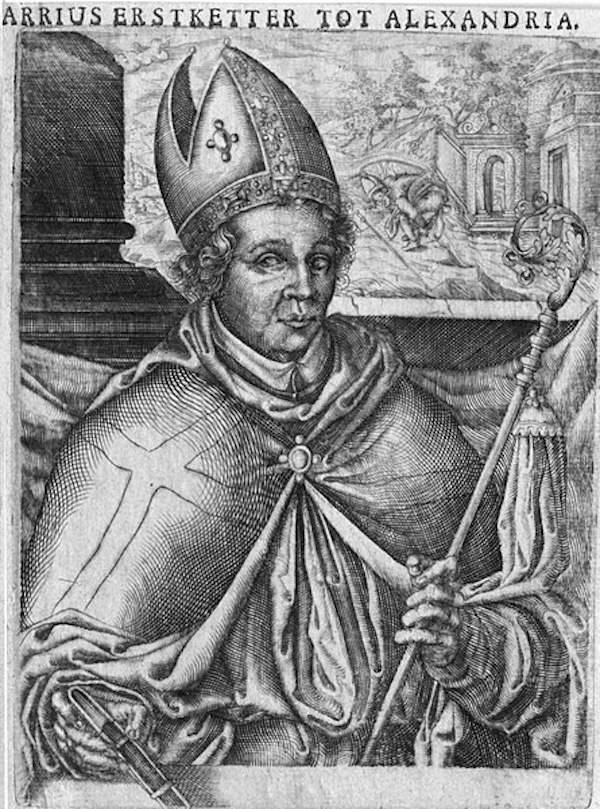 Arius was a controverse figure in the court of Constantine. While walking in a religious procession one day, he felt the unstoppable urge to loosen his bowels. Before he could find a private place to go, all hell broke lose.

After all the fecal matter came out, then came blood, intestines and other internal organs. Out of his a$$.

Figure 5 month s ago
#5 dunno if its an incident or mistake, but her first name "frau" means woman/miss/lady in german...

Important 5 month s ago
Saying frau Troffea is the same as saying Mrs. or Miss Troffea. All three terms indicate that it's a woman. It's only a title.