In 1920, the largest passenger aircraft could carry 30 people and one ton of mail.
1 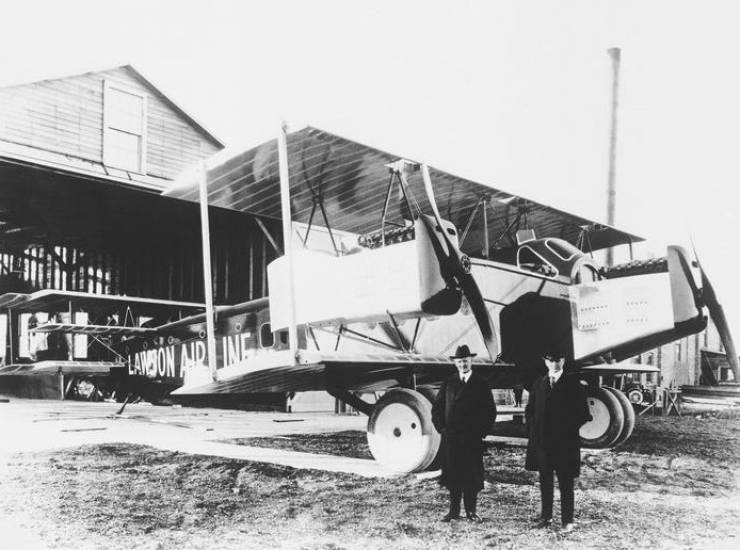 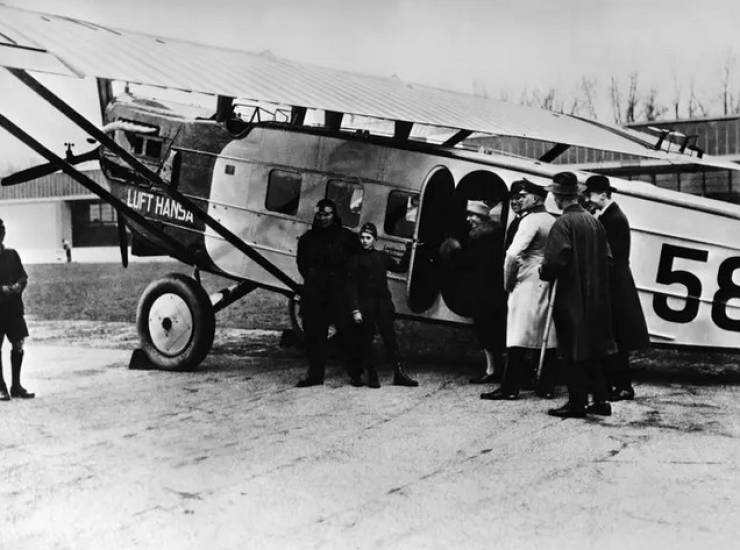 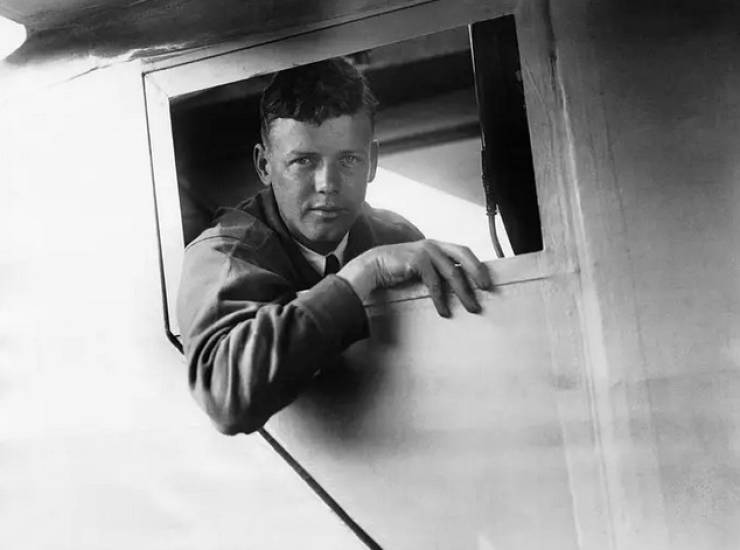 You can't stick your arm out of a plane window anymore.

Airports weren't the glorified shopping malls they are today.
4 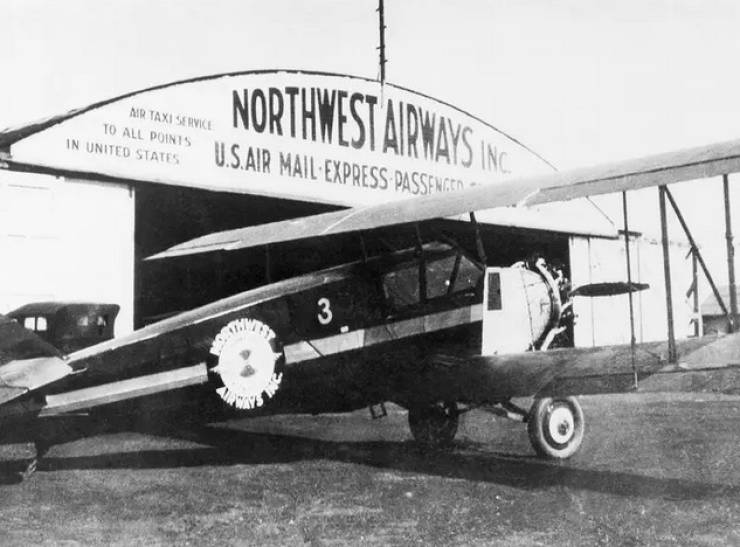 These Stinson "Detroiter" planes were the first closed-cabin planes used by a commercial airline. Charles Lindbergh flew the first nonstop solo flight across the Atlantic Ocean in his single-engine plane, Spirit of St. Louis. 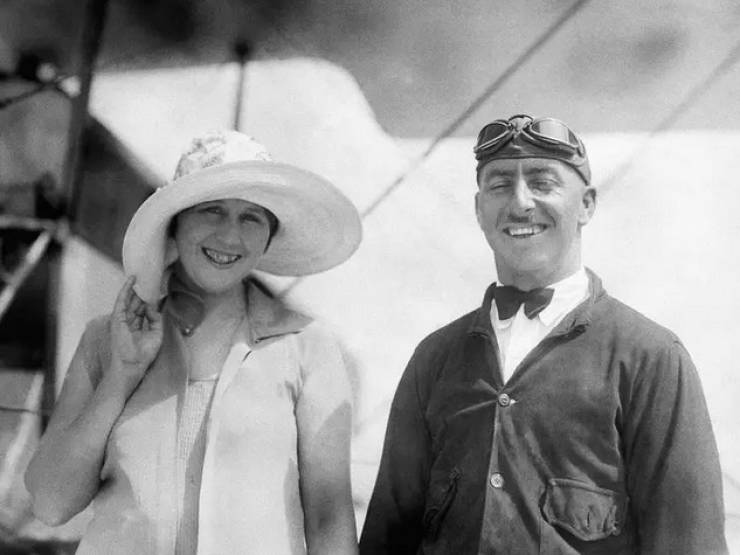 People don't really dress up to go on planes anymore, but there can be surprising benefits if you do.

Railroads were a popular mode of transportation in the 1920s.
7 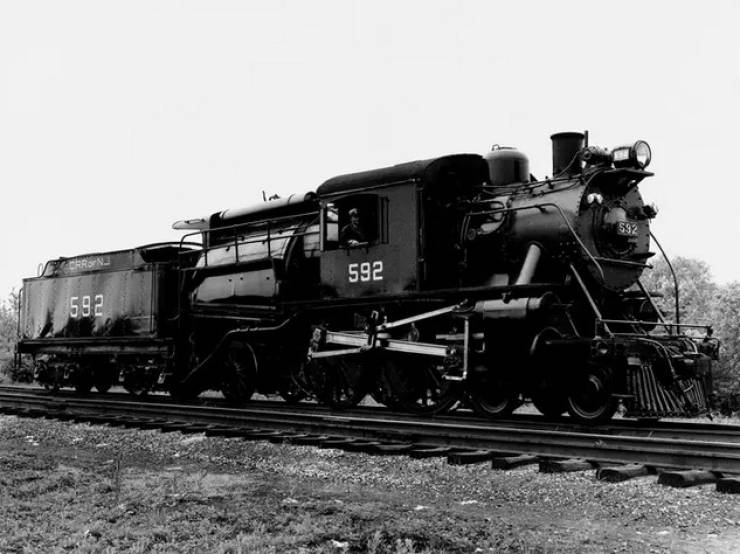 As with flying, passengers traveled in style.
8 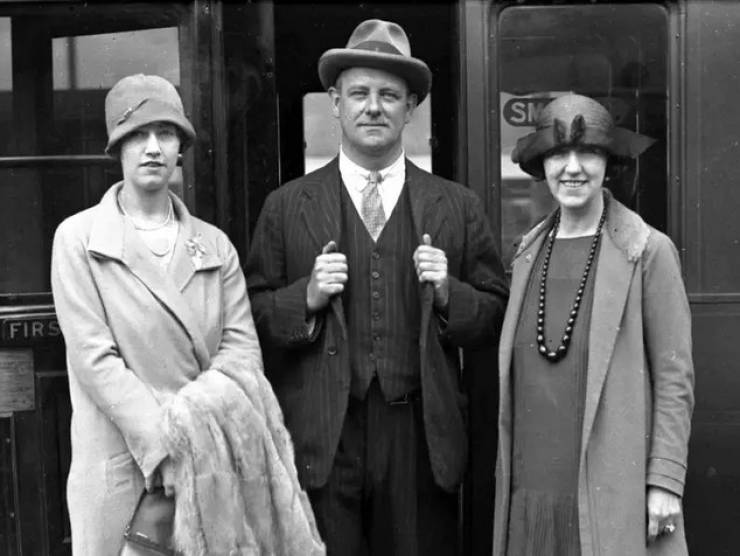 British author P.G. Wodehouse was photographed leaving for a family vacation from Waterloo Station in London in 1929.

In transit, movies were projected onto the carriage wall in cozy theaters lined with curtains and rows of chairs.
9 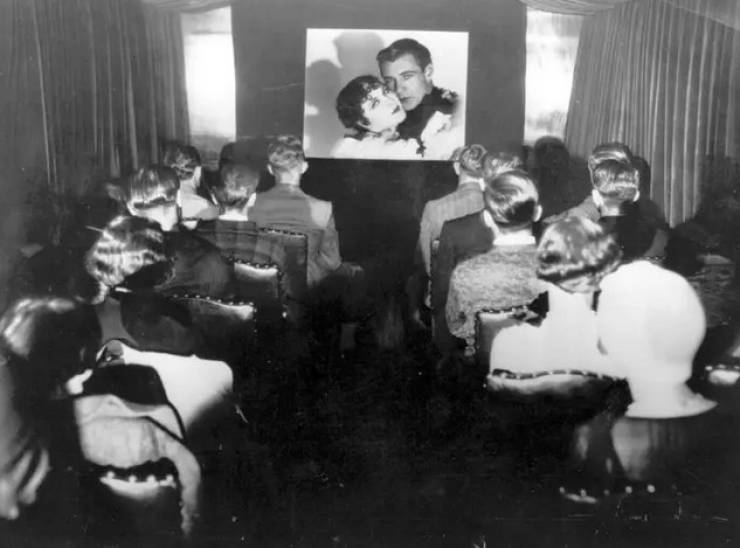 Watching movies on your phone wouldn't become an option until much later. 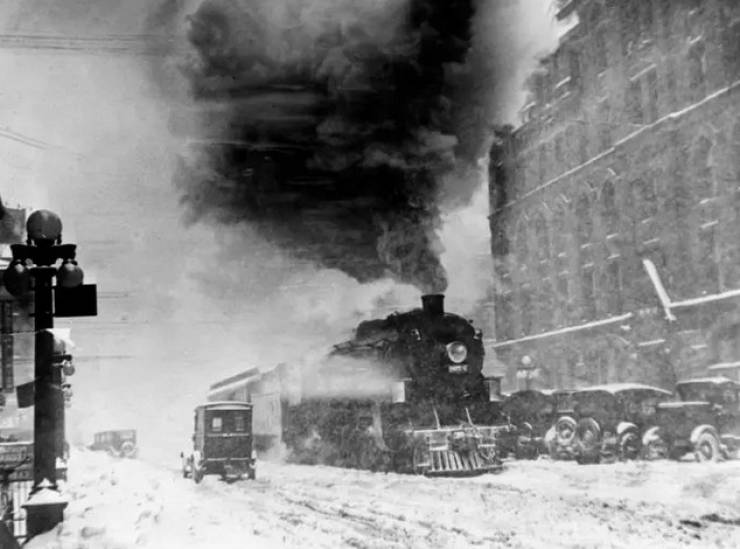 The Empire State Express operated between New York City and Buffalo, New York, until the 1970s.

Advertisement
During the Prohibition era, cargo trains were searched for alcohol.
11 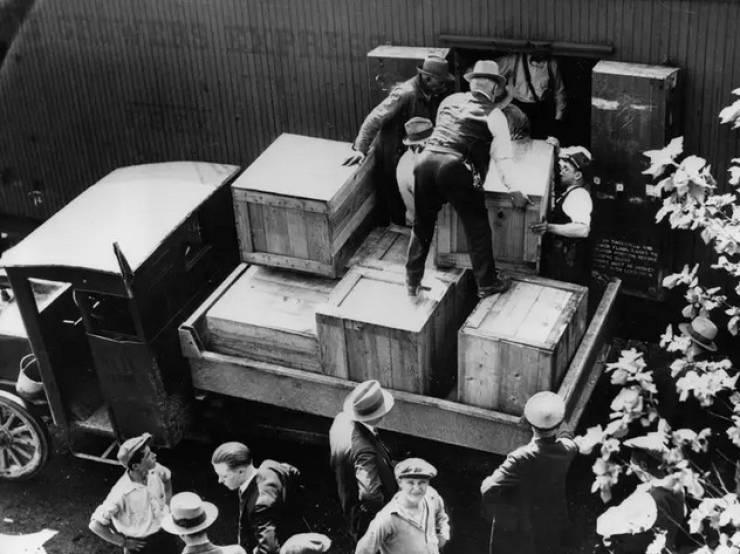 In 1929, authorities caught crates of whiskey disguised as green tomatoes in the refrigerator car of a cargo train traveling from Holandale, Florida, to Newark, New Jersey. 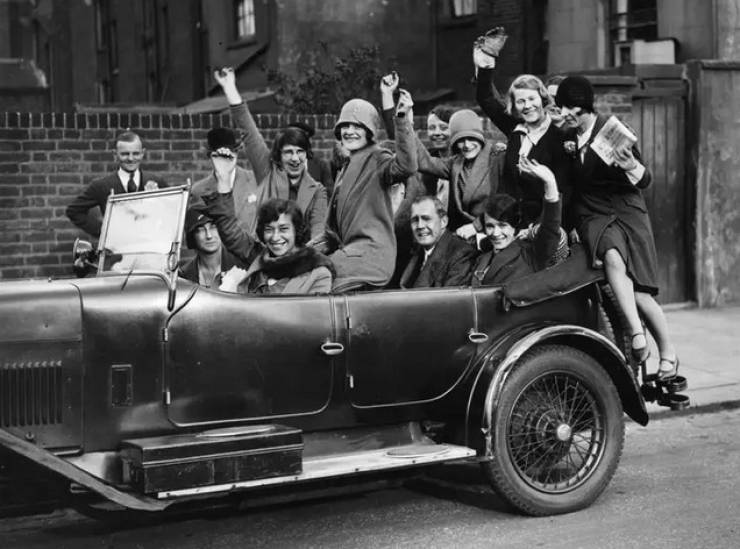 Karl Benz is widely credited as inventing the first automobile between 1885 and 1886. 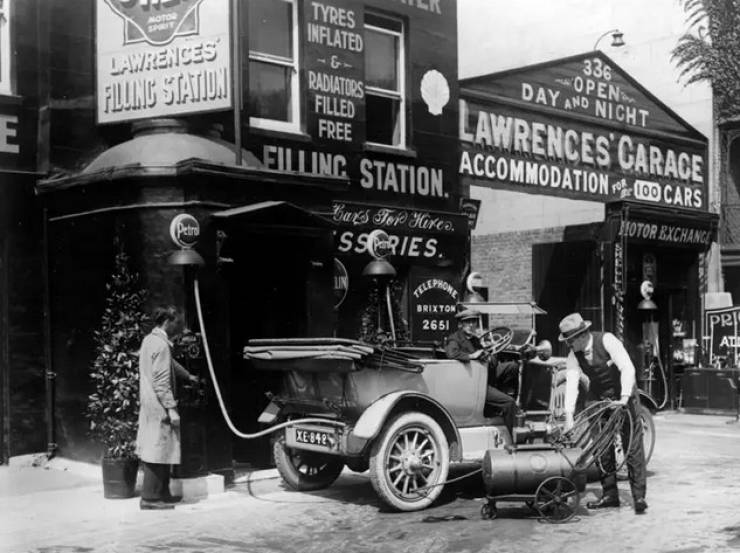 Gas stations used to be one-stop shops for car maintenance.

Birthday road trips looked a little different back then.
14 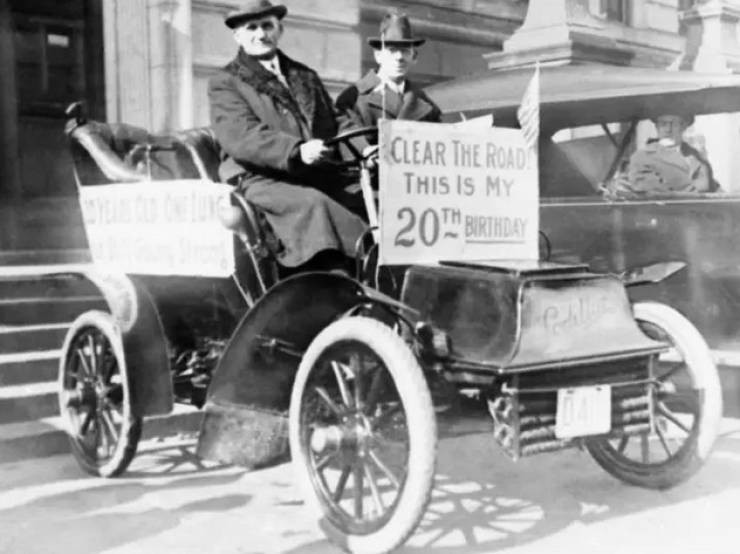 Mayor Charles F. Sullivan of Worcester, Massachusetts, held up a sign that said, "Clear the road! This is my 20th birthday" while taking a drive in 1923.

Traffic cops' uniforms looked a little different in the 1920s.
15 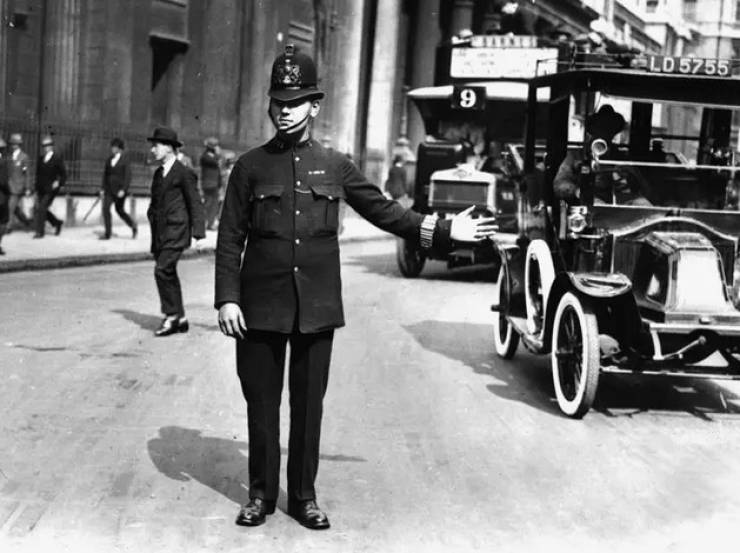 There was no GPS or internet to search for driving directions ...
16 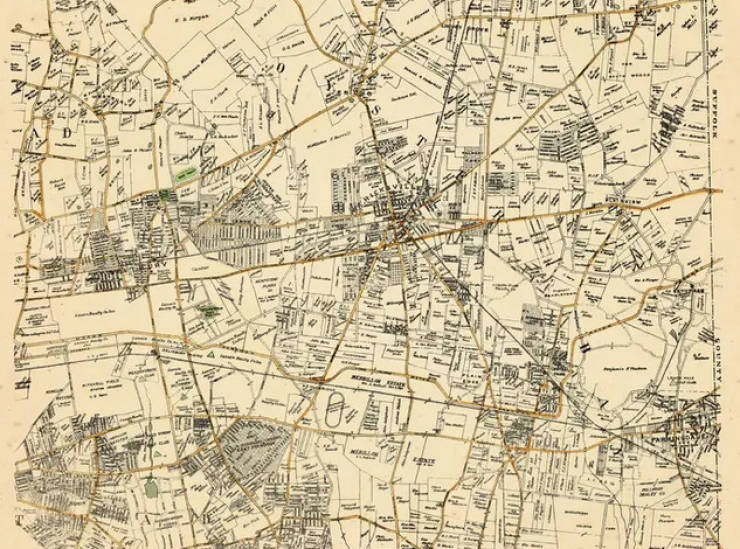 ... and no built-in navigation system or touchscreen on the dashboard.
17 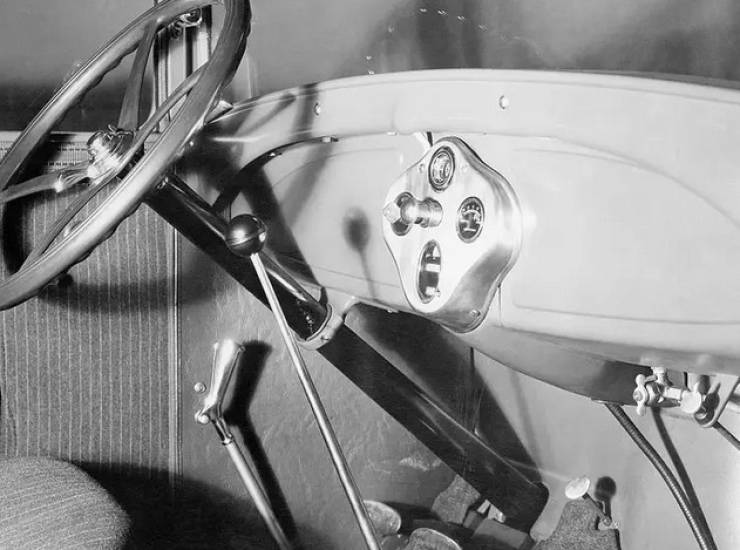 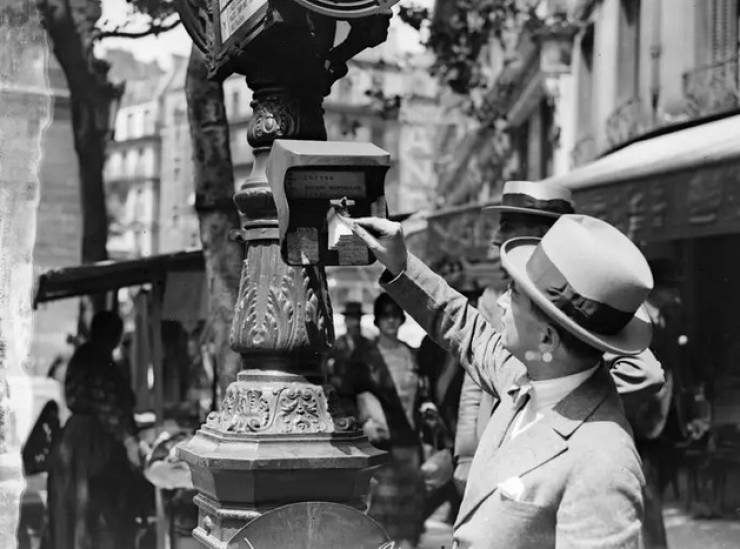 The 1920s were known as the "golden age" of road building, according to the US Department of Transportation. Buses and trucks grew in popularity thanks to the Federal Highway Act of 1921, which funded the construction of a national highway system.

Tourist buses weren't always the most reliable form of transportation.
19 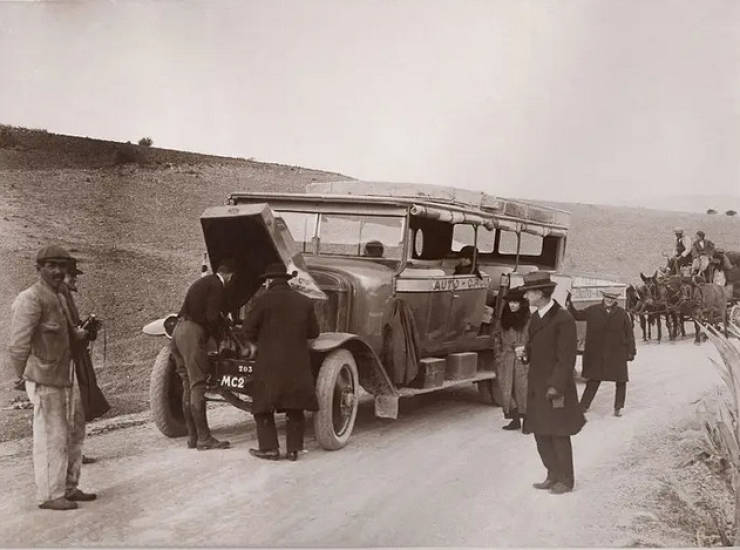 The New York City subway used to cost a nickel.
20 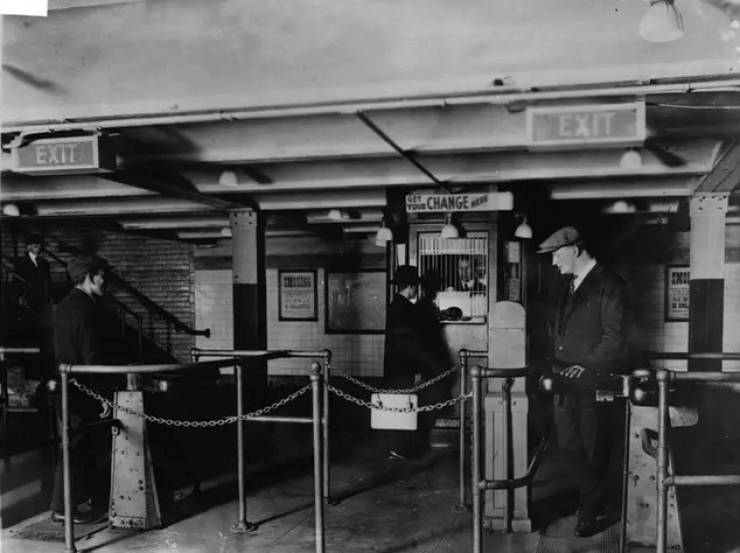 Before the nickel-operated turnstiles, a ticket-chopper manually cut tickets at the gate. Today, a subway ride costs $2.75. 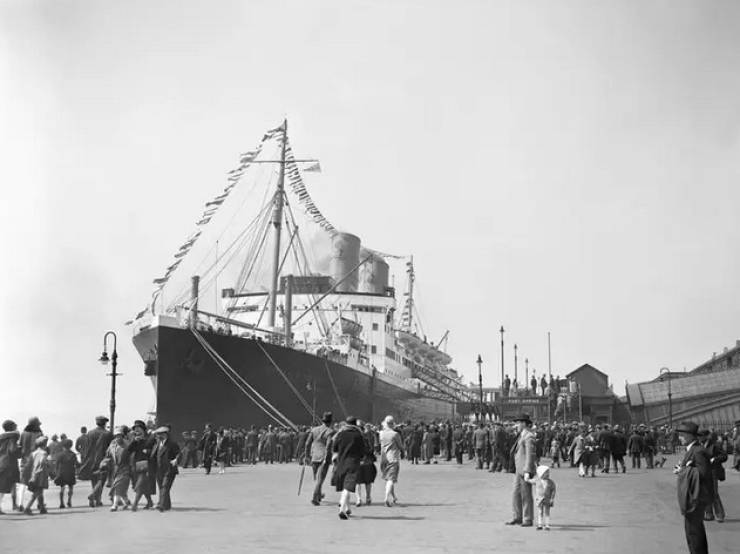 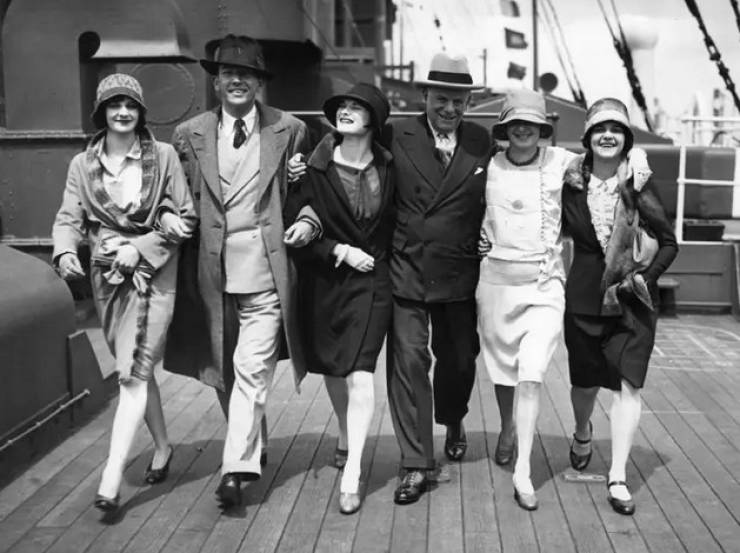 It was a different time.

Dances were a popular social activity on cruise ships.
23 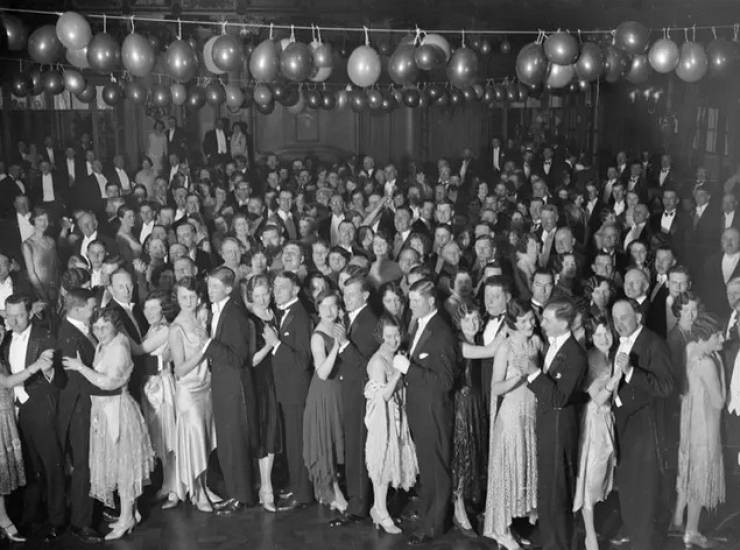 Guests wore gowns and tuxedos on the dance floor. 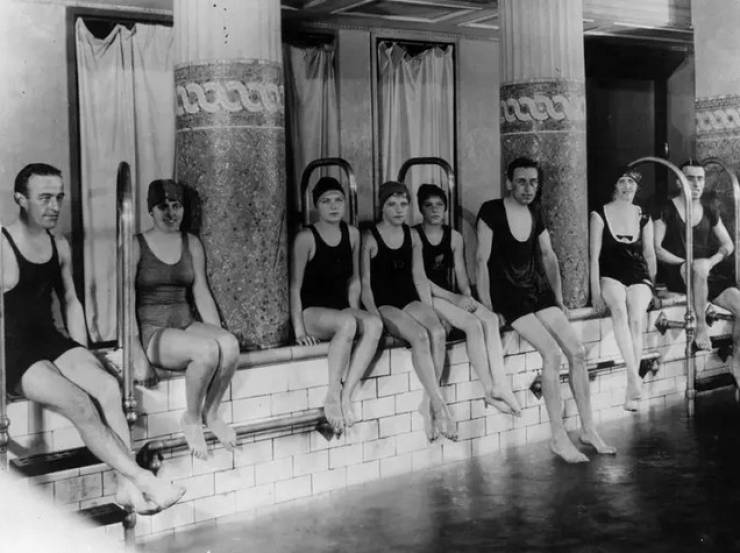 Swimsuit styles have changed over the years. 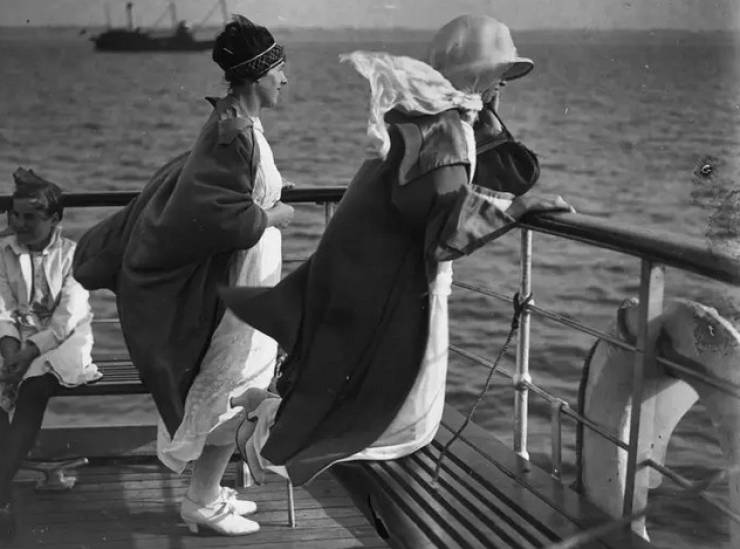 #6 That would not have been considered fashionable dress. He's in his work clothes; she's wearing every-day clothes.

#8 Better-dressed, but still, this was more practical than 'dressy'.

#14 The 20th birthday is for the car, not the driver or passenger.

#18 The amount of highway construction after the second World War dwarfed that of the 20s.

#22 Again, this is not haute couture; it is however the equivalent of clothes someone would wear to go on a very nice date.

#23 This is formal dress: white tie and tails. At this time, in this level of society, 'formal' meant white tie with your tux; 'informal' meant black tie with your tux. You'll notice a few of the men in black ties; they were chillin. Also note that this is before the advent of the shorter dinner-jacket style for men in the 20s, so I'm guessing this is early 20s.
Reply
0