This cyclist, Anthony Hoyte from Cheltenham, has quite an interesting hobby of drawing images on fitness apps by pedaling around

Even though Anthony calls himself a recreational cyclist and club cyclist, he puts a lot more effort and time than you’d expect from someone who is described as such. He says his Strata art creations take quite a while to plan but he tries to focus on quality rather than quantity. He’s gotten into it by seeing others do it: “I’d seen others doing it, notably Stephen Lund in Canada, and thought, “I’m going to try that!” said Hoyte. 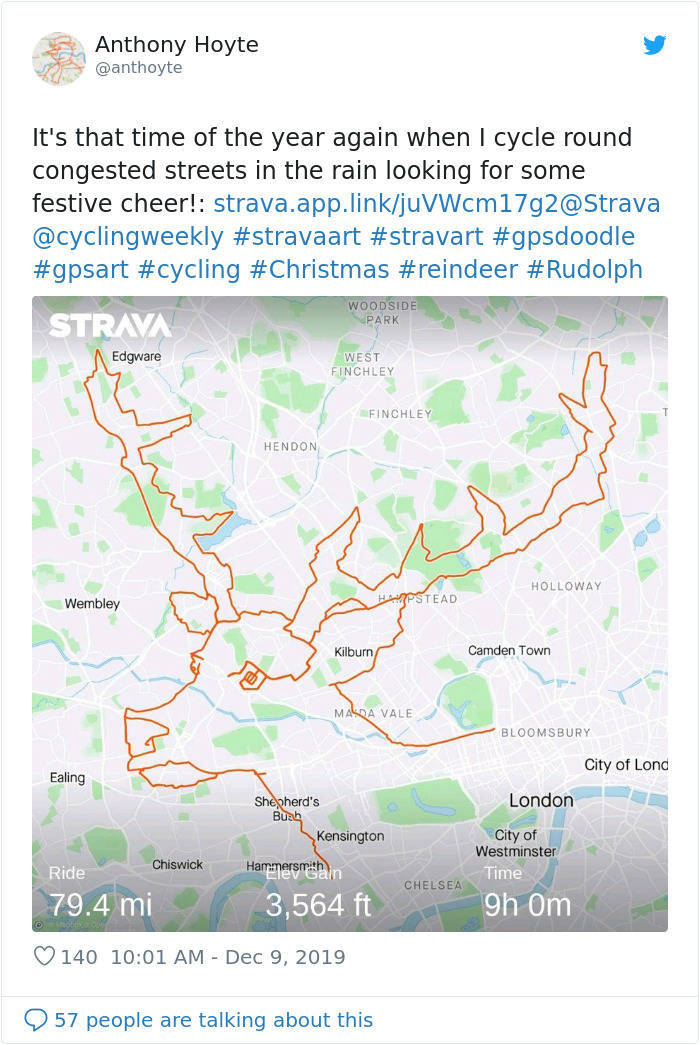 Last year, he surprised the cycling world with this adorable Santa that took 4 and a half hours to create 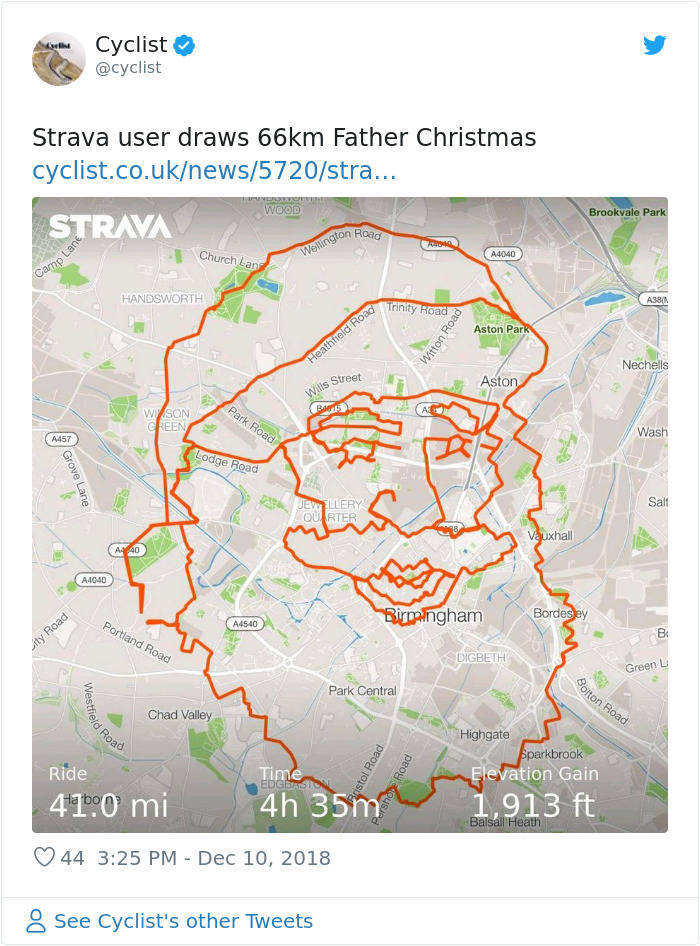 Hoyte is actually trained as a designer and says that even though he doesn’t use his training in his job, it definitely helps when it comes to planning his artwork. He usually studies Google and other online maps and looks for shapes in the existing roads—”[it’s] a bit like spotting pictures in clouds,” he says. “If something jumps out at me—like perhaps a road that looks like a nose—then I’ll try and find eyes and so on. If nothing jumps out, I’ll try somewhere else, but I’ll keep coming back to places to see what I see.” He tries to stick to the road pattern as much as possible but cuts through parks and car parks or university campuses if that’s required to get the perfect line. 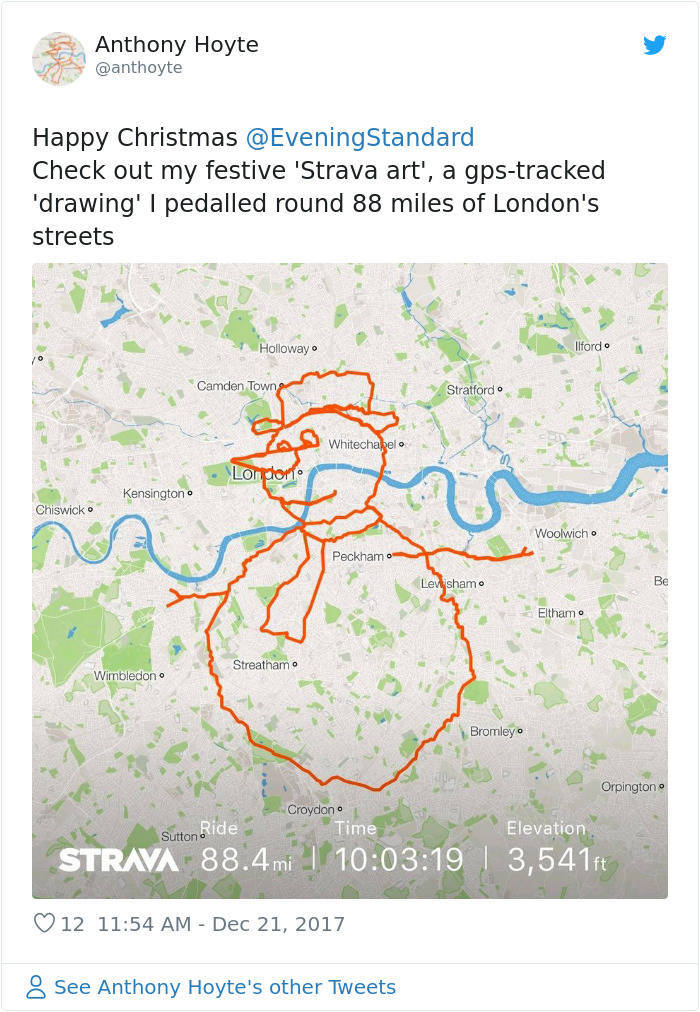 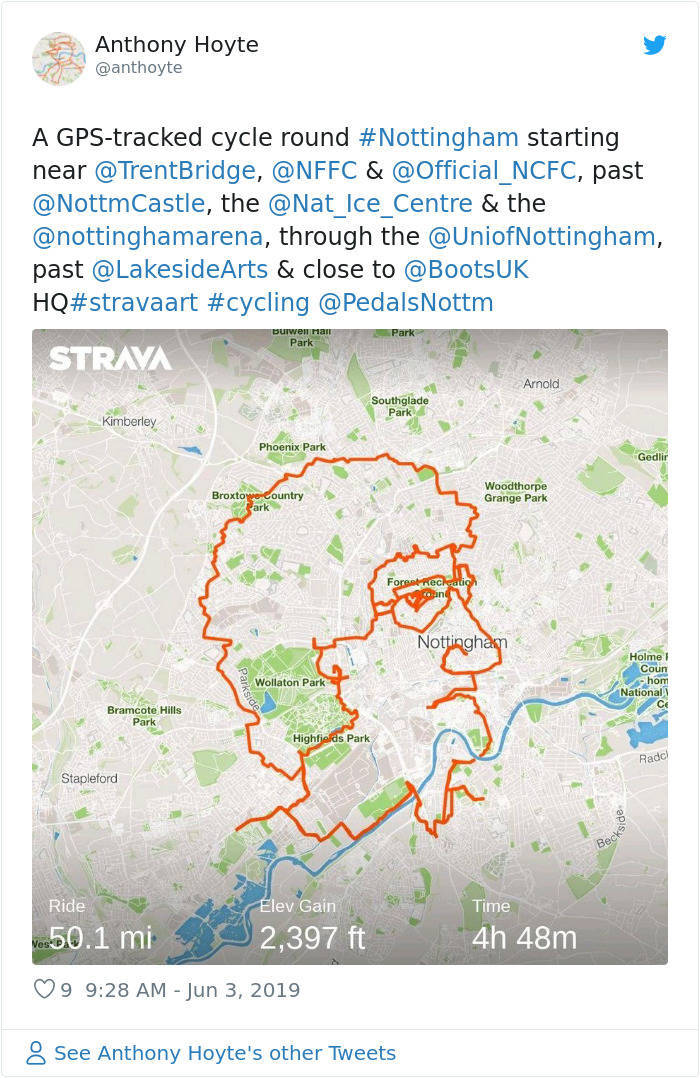 Since he’s living in quite a small city of Cheltenham, he usually visits bigger cities in the UK in order to execute his creations. So far, he’s cycled around Birmingham, Bristol, Cardiff, Leeds, London, and Sheffield but says he’d love to cycle internationally and says that US cities would probably present quite a challenge for him with their regular grid patterns. 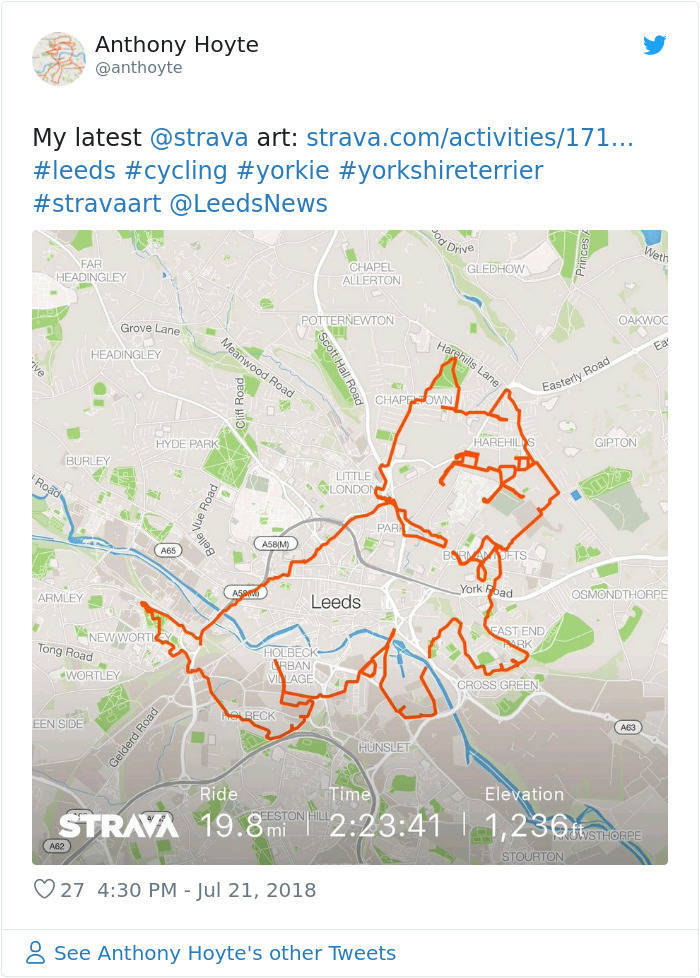 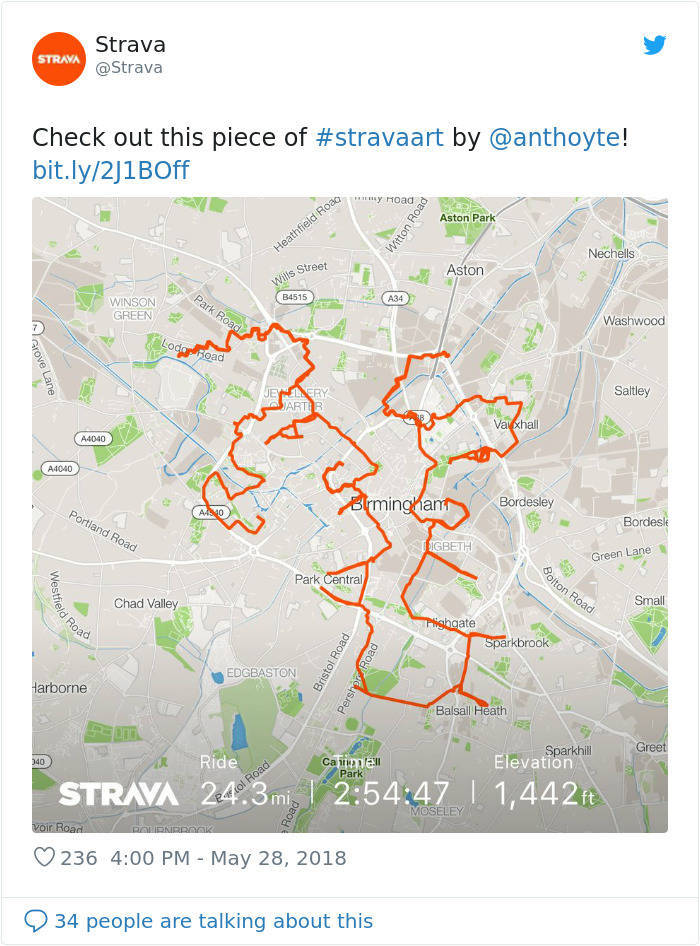 Apparently, he even won 1st place in the Bristol Cycling Festival Strava art competition in 2017 with this piece 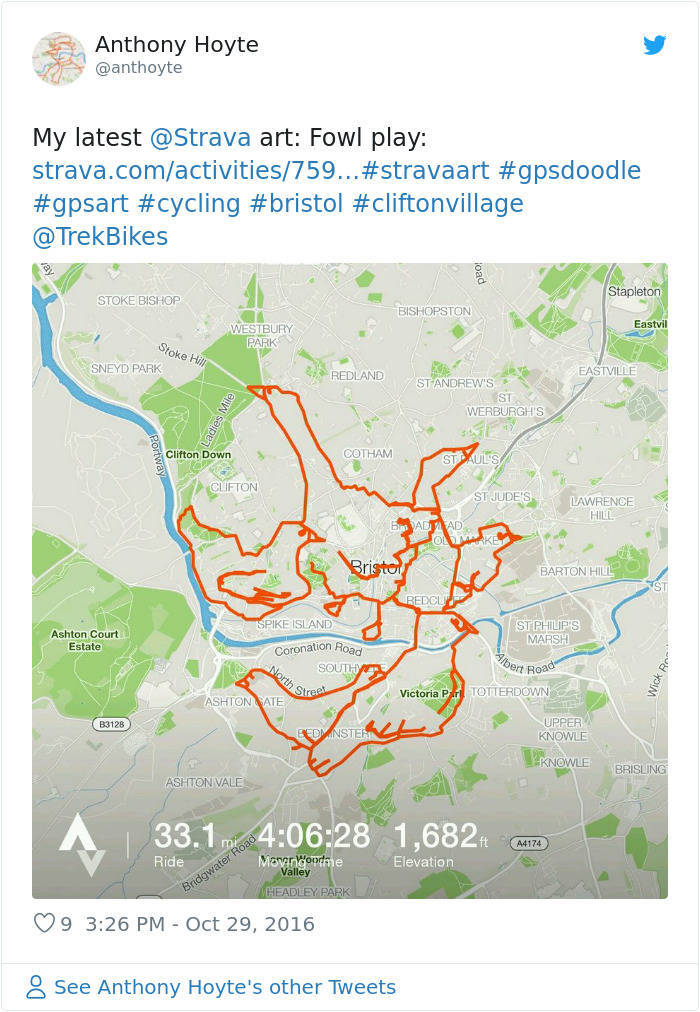 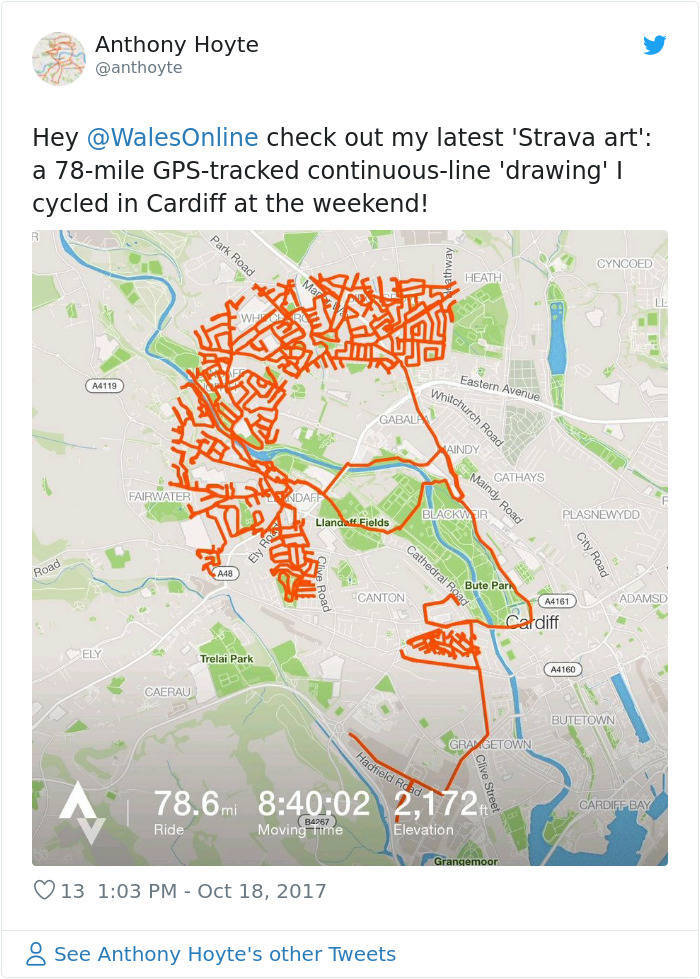 Mission 1 year ago
gpx editor and you dont need to drive :D