“The only thing darker than my angst was my eyesight.” 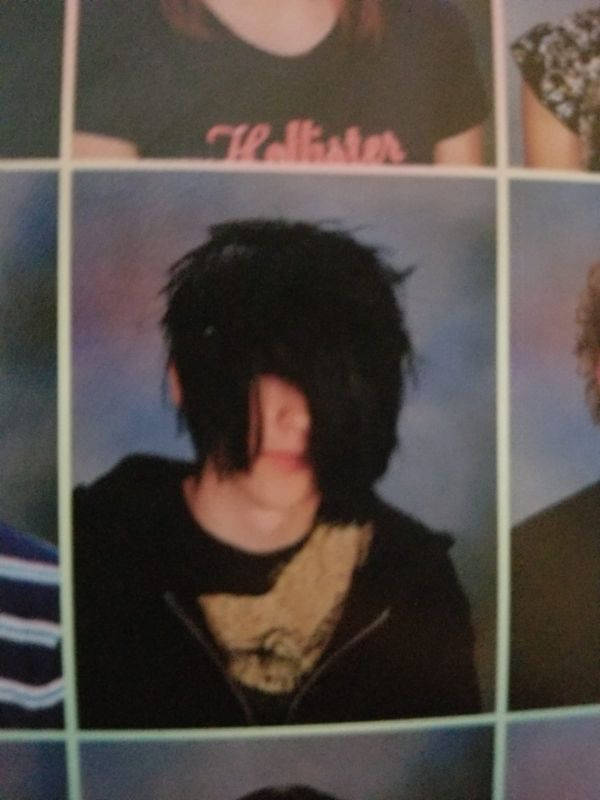 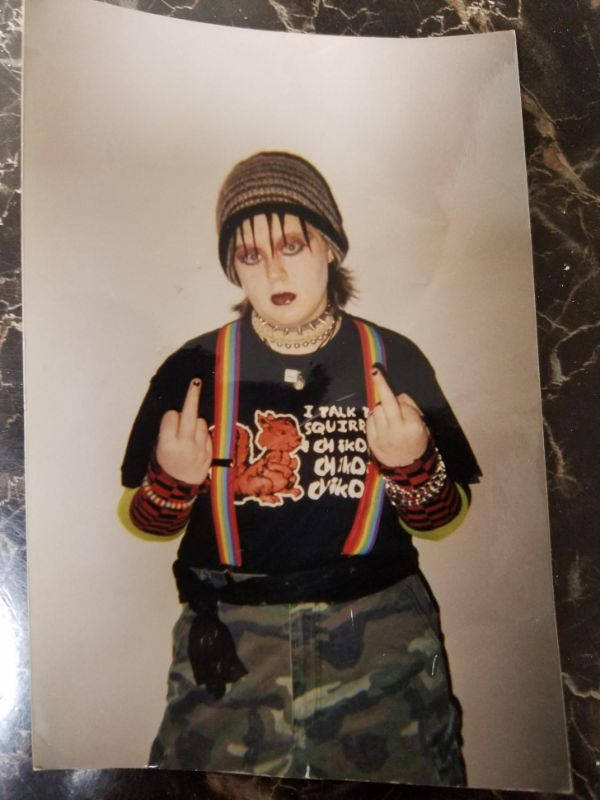 “Me at age 12 after rummaging through my grandparents’ attic. I sent this to the kid I had a crush on at the time and all he said was <3." 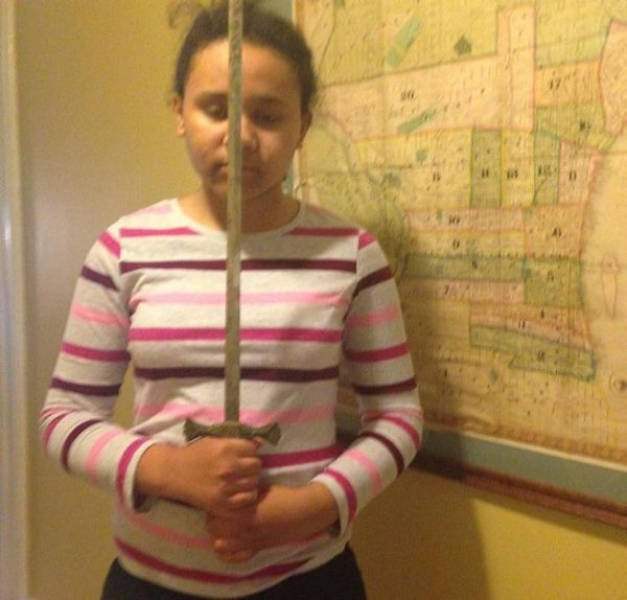 “My mother made me take this senior hobby photo.” 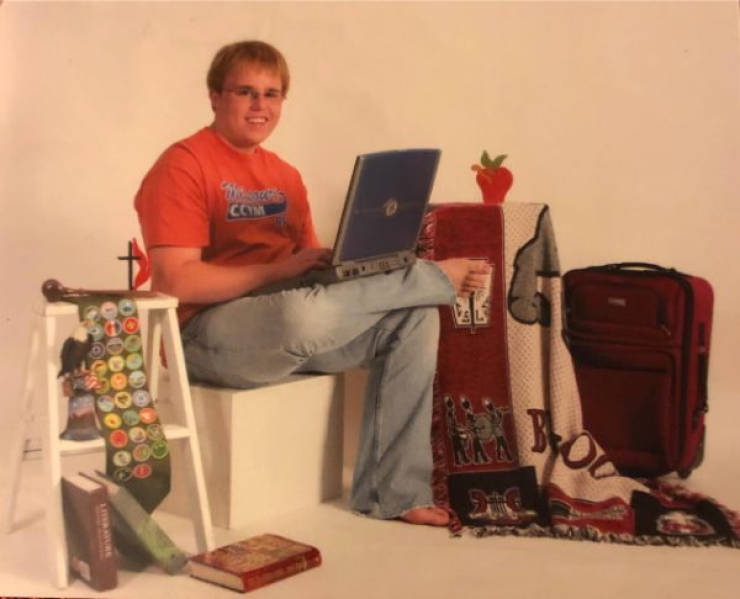 “14yo me loved going to the mall and taking dumb photos with friends. This time mom made me bring my little sister along.” 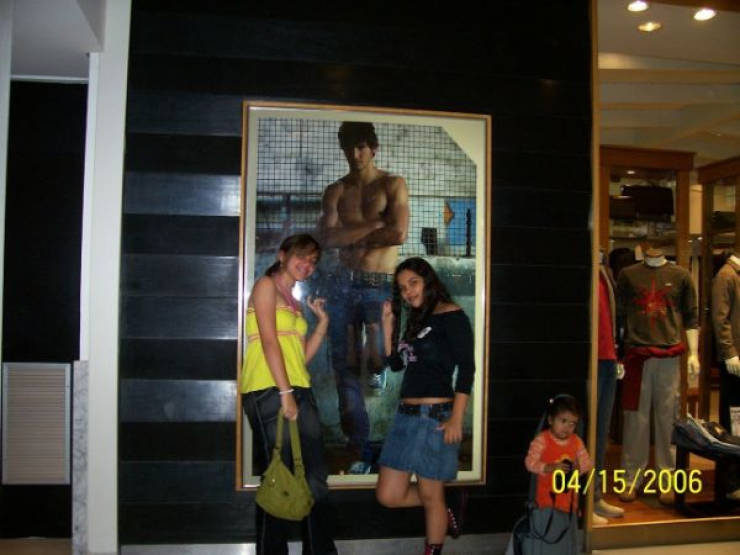 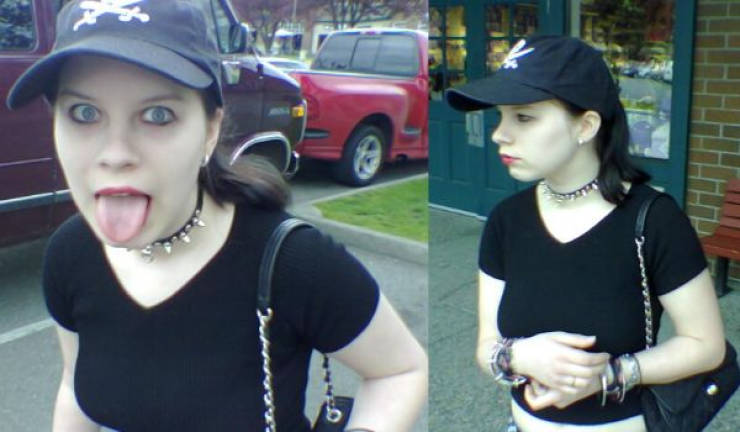 “Me (on the left) in the alt. indie band I started at 16. We were called “Forks of the Credit”, yes that small lad was our drummer, yes he had to leave to study for his exams, no we weren’t very good.” 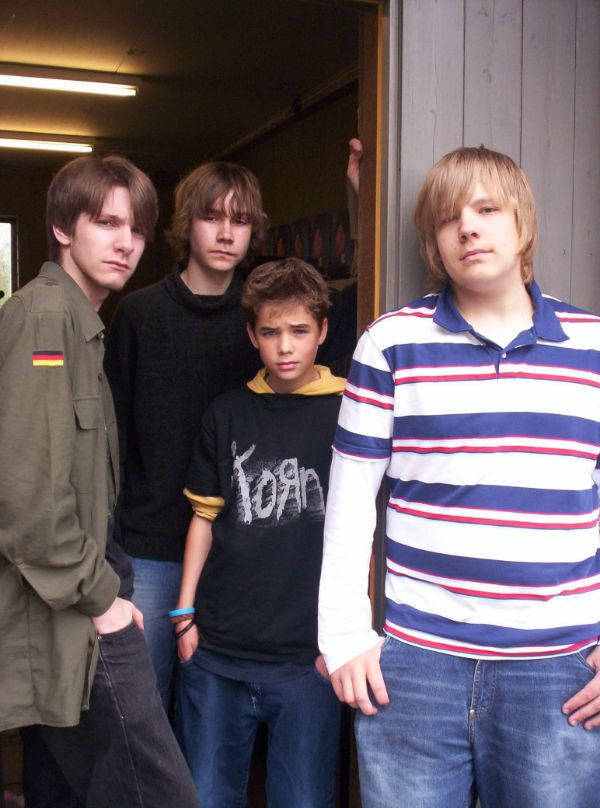 “Circa 1999. I asked the photographer if I could improvise my pose to show off my new shirt. The picture hung in our den for years until my mom got the meaning.” 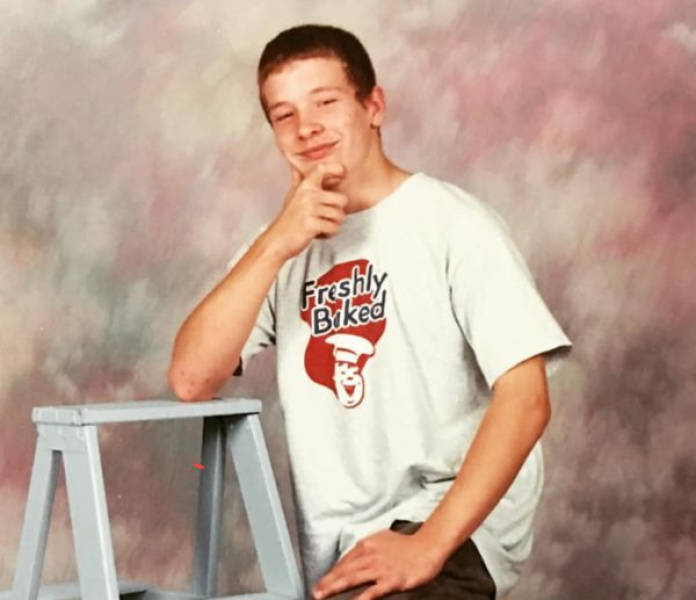 “I wore Hawaiian shirts every single day of my 8th grade year… I lived in Montana.” “Kindergarten 1993. For whatever reason I hurried and pulled my arms into my shirt before the pic was snapped lol.” 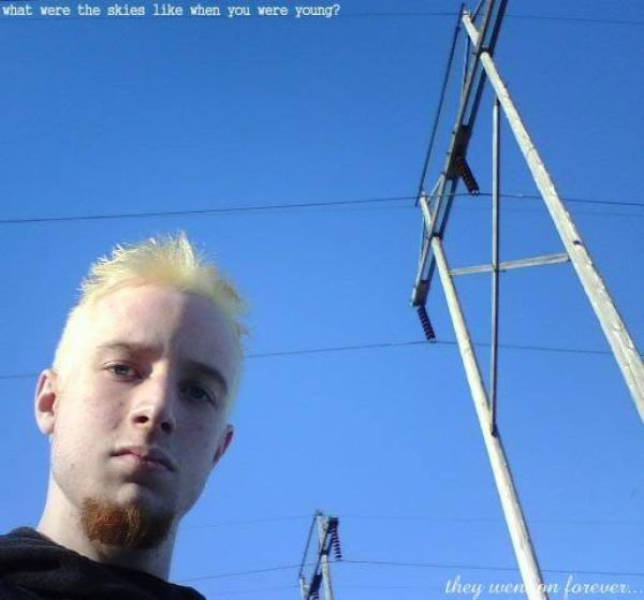 “Me, on my 8th birthday, getting the DS I raved about.” 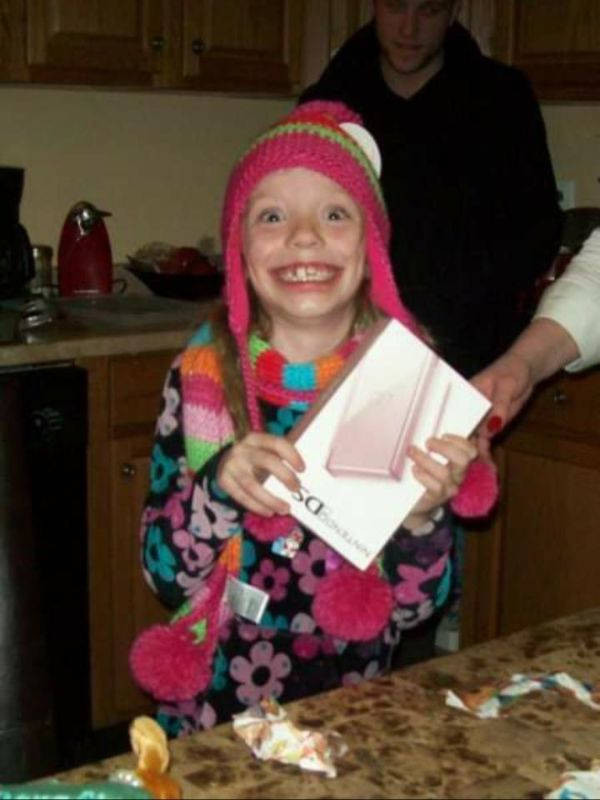 “Turns out I didn’t get the “wear black to the family photo” memo AND noone thought to tell 10 year old me my zip was down..” 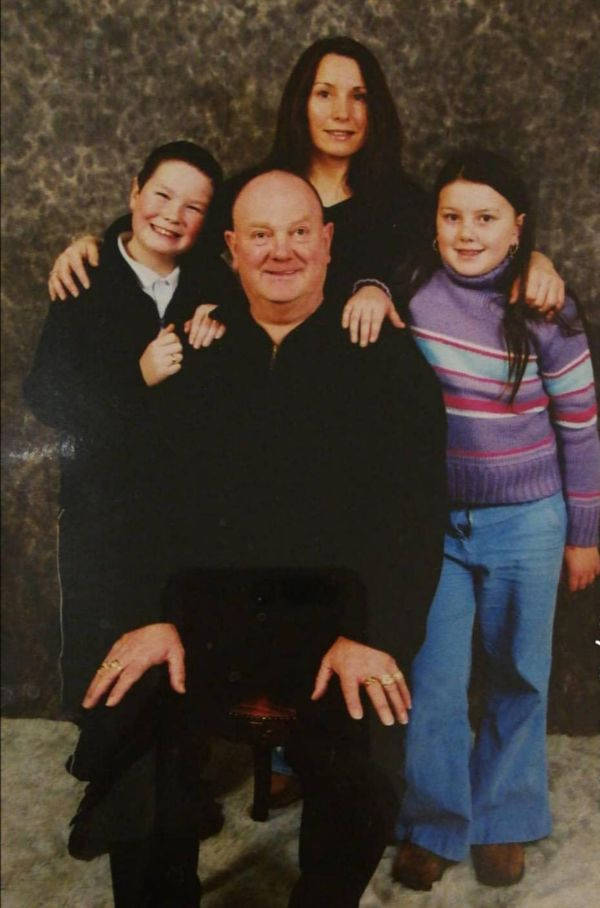 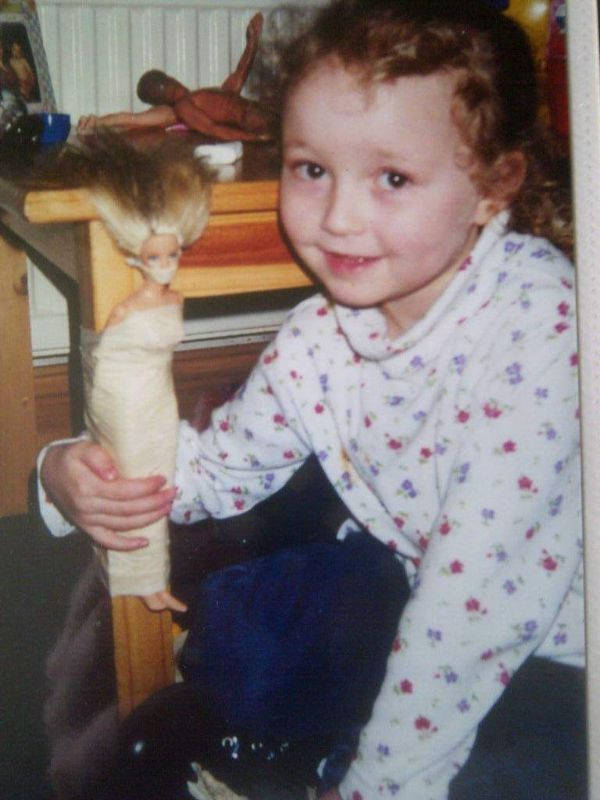 “I won a free photo shoot at J.C Penney in 2001 but I refused to take my dad sunglasses off.” 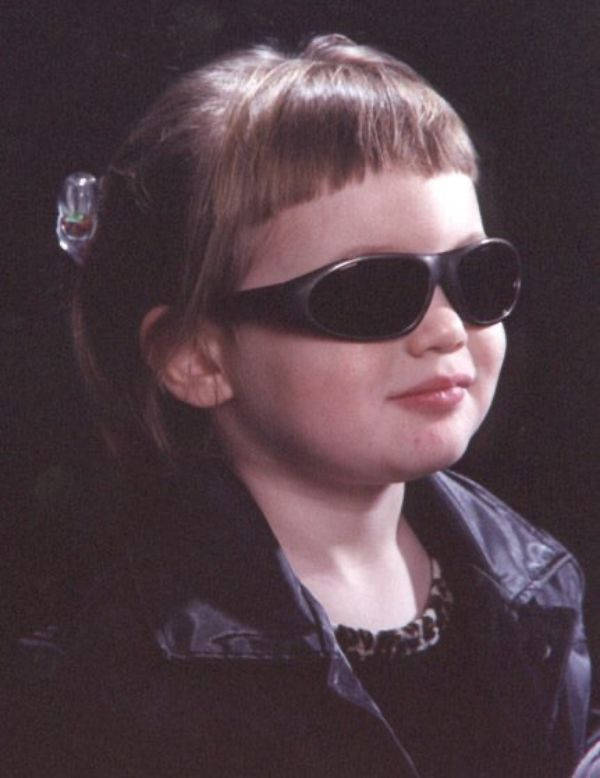 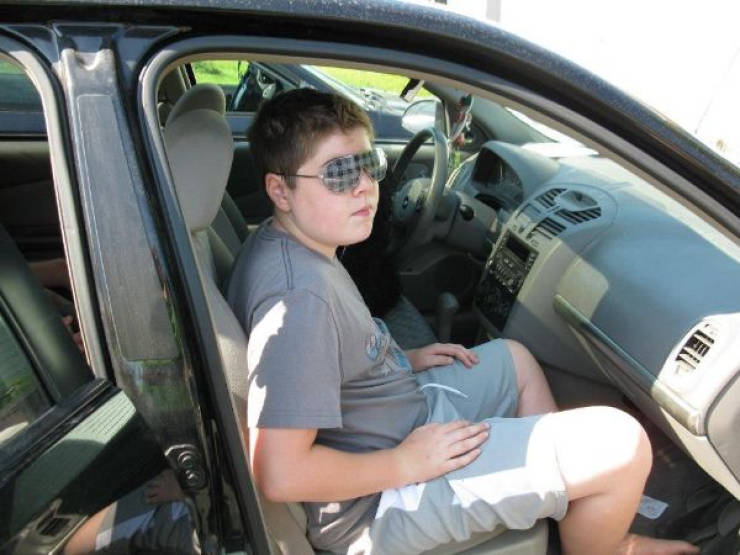 “This is from the time when my parents left me at the Grand Canyon.” 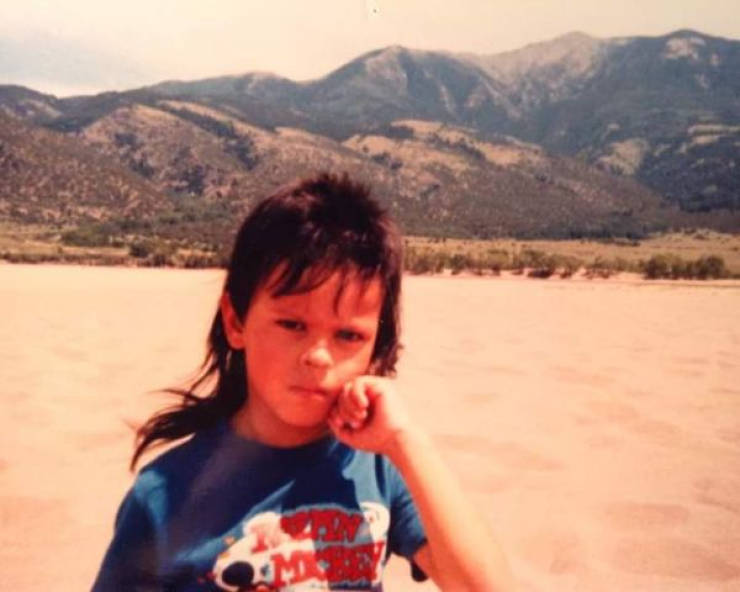 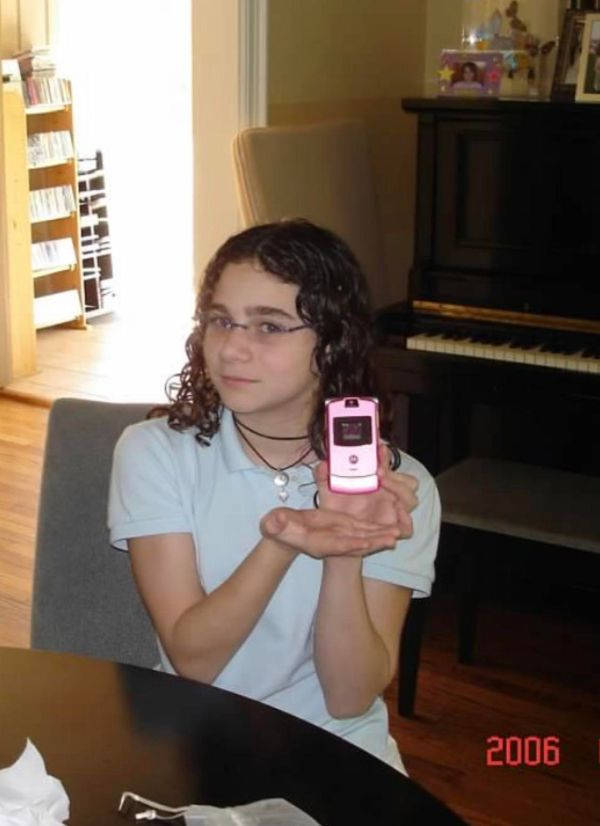 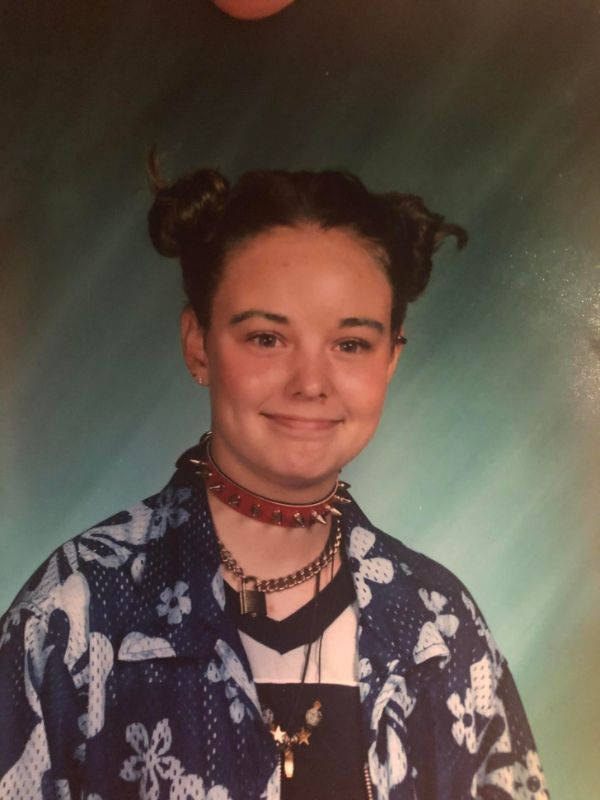 “After being asked to smile for over half an hour, this was the best 7 year old me could muster.” 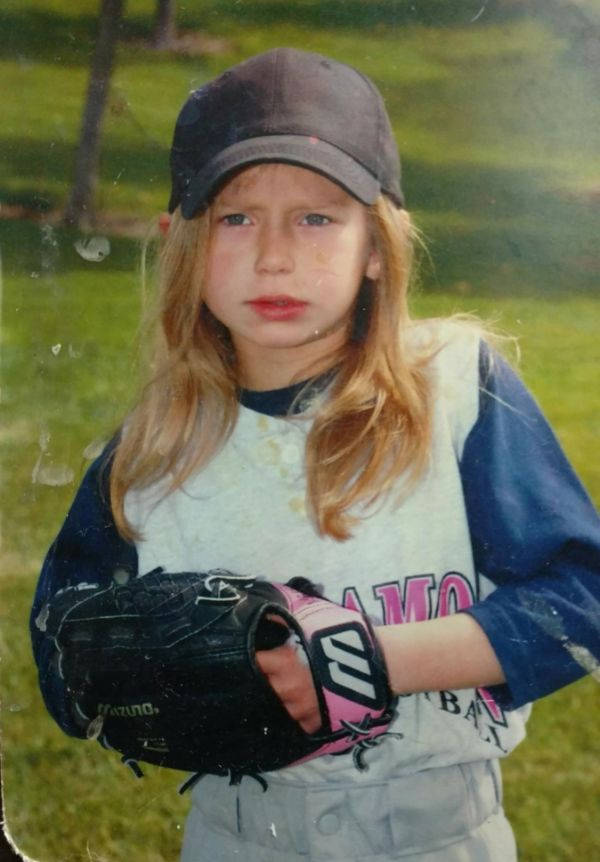 “14 year old me Photoshopping out my dad for Britney Spears. This is just so toxic.” “I was very much into the “cyber goth” scene back in the day, wore those damn dreads and leg warmers everywhere.” 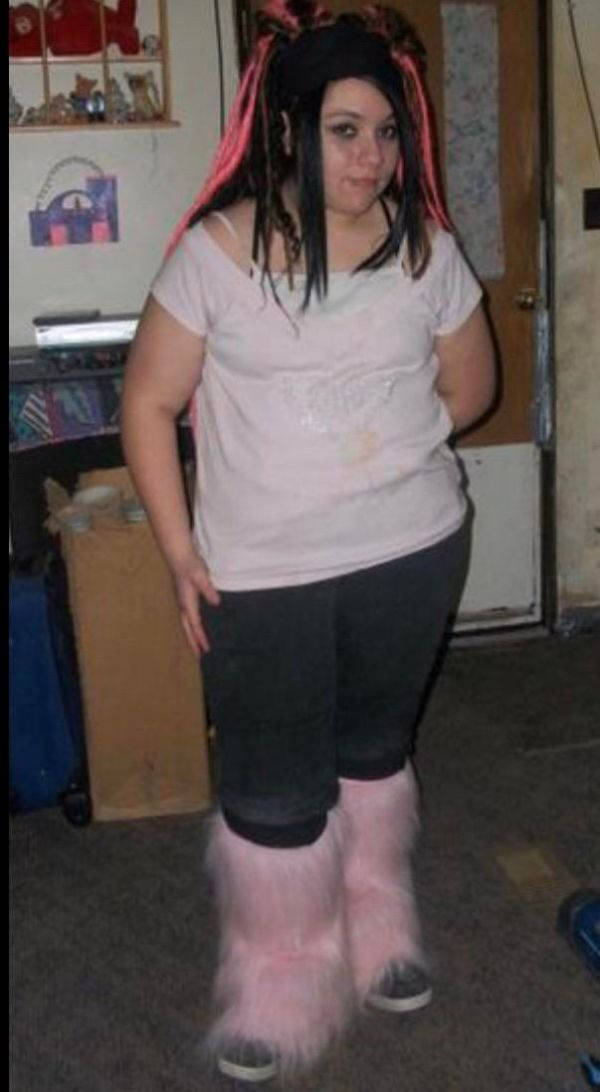 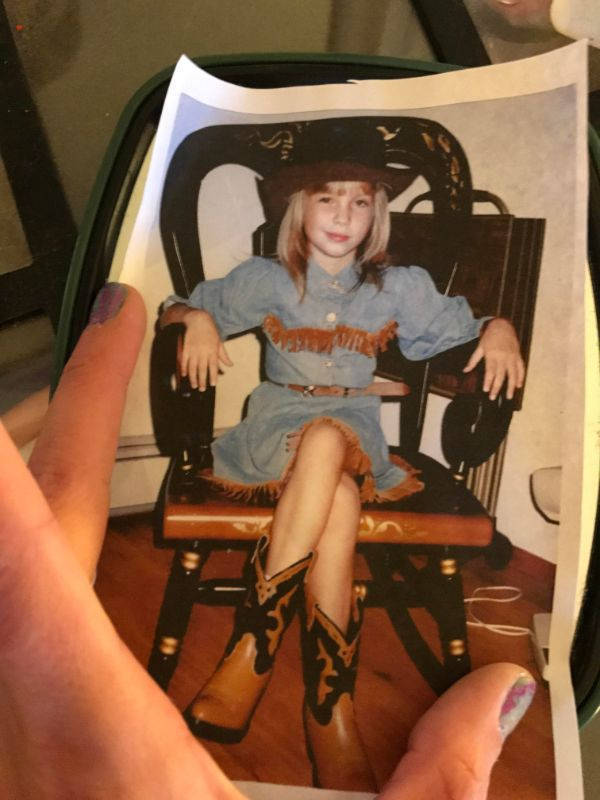 “Just had to show off my new headgear while fishing for bullheads. My friend’s face says it all (2006).” 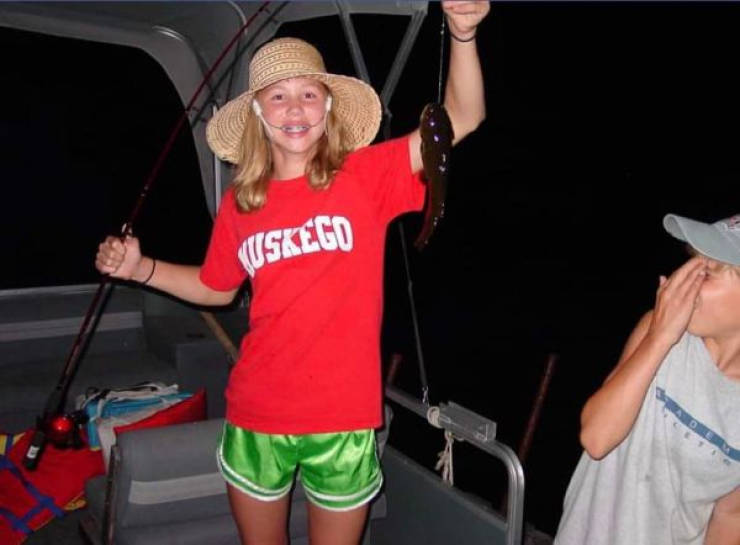 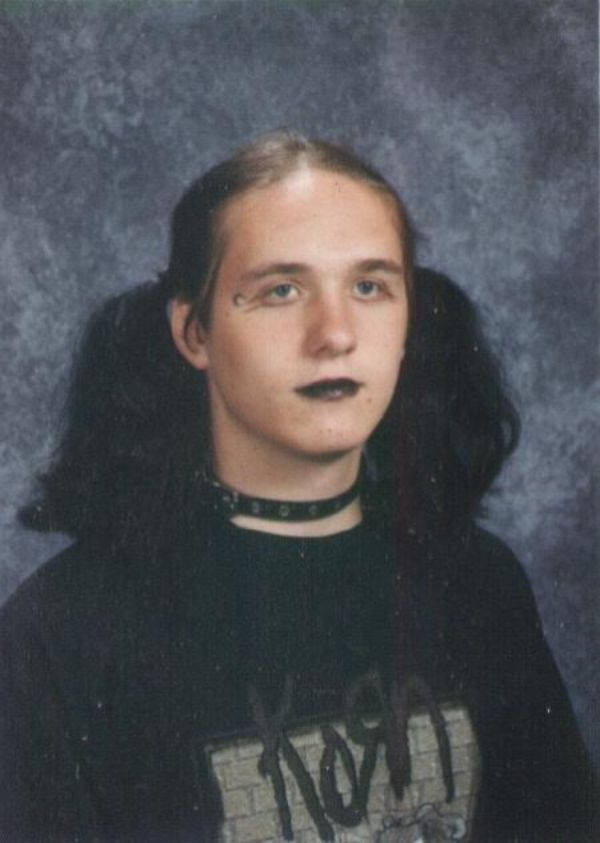 “Life is hard when your seven years old, and instead you look like a toothless 42 year old in business attire.” 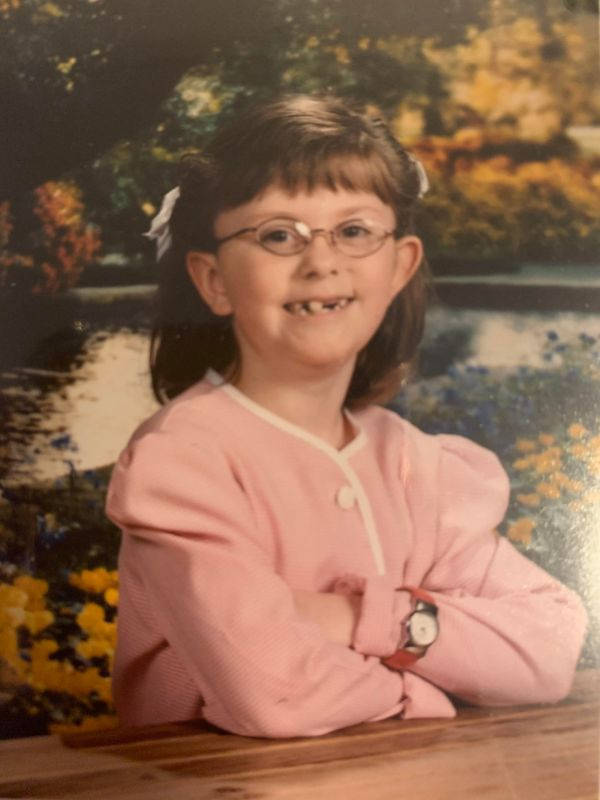 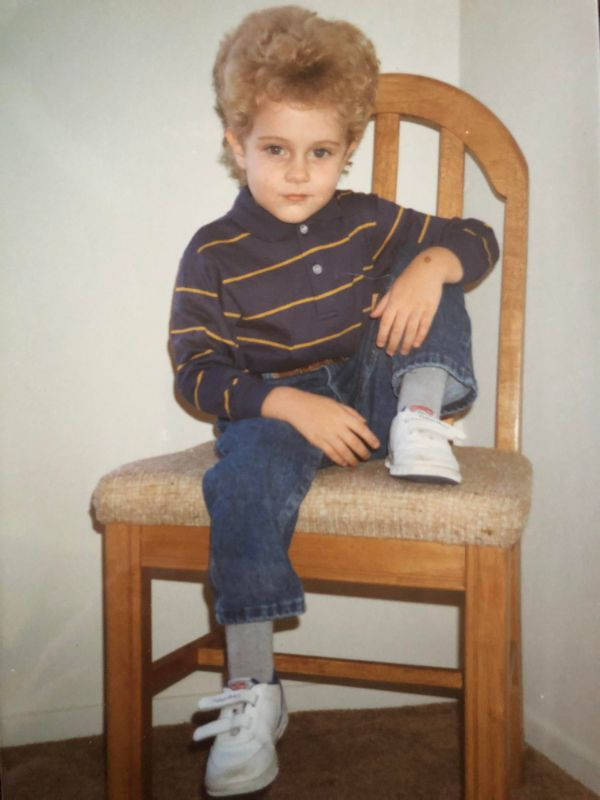 “2 belts, neither going through the loops.” 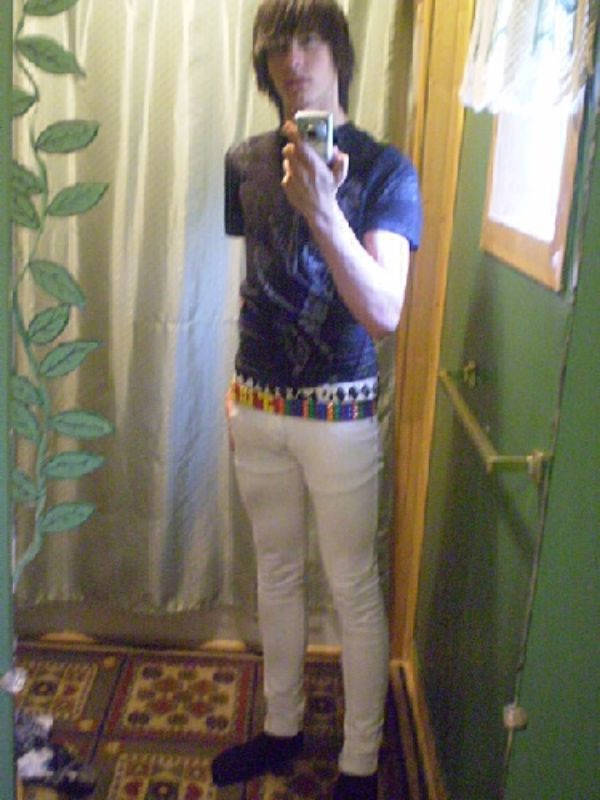 “Okay so as much as my brother(right) and I(left) prayed that this picture would just disappear…. my uncle brought it back from the depths of hell and made it his facebook profile pic today… I hope you guys enjoy our most feared blunder pic ever.” 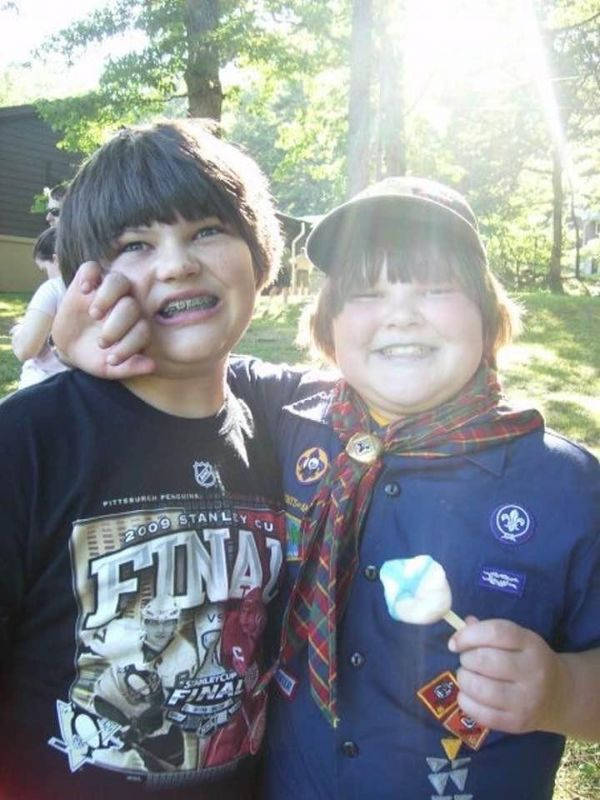 Groom 1 year ago
the good old days, not a single duckface in sight.
Reply
0

Boston 1 year ago
Thanks for the esteem boost. Suddenly I feel 500% more photogenic than I ever thought lmao!
Reply
0

2012 1 year ago
to everyone looking back and cringing...lol.. in 15 yrs the horror in the eyes of some kids today
Reply