Yeah, So These Viral Photos Are Fake… (15 pics)

The well-timed deer was really added in after the fact. 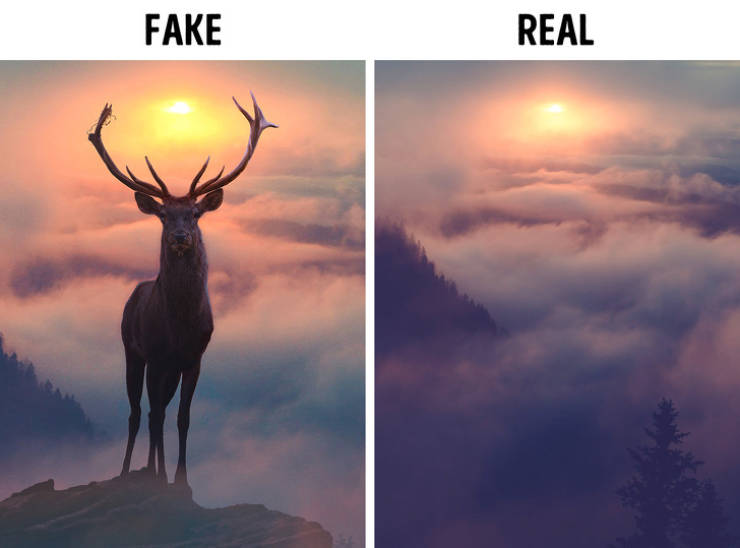 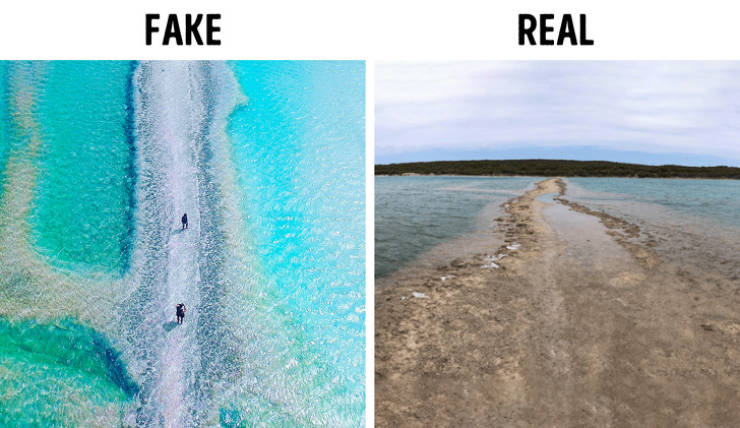 Venice’s canals can actually freeze... but this isn’t real. 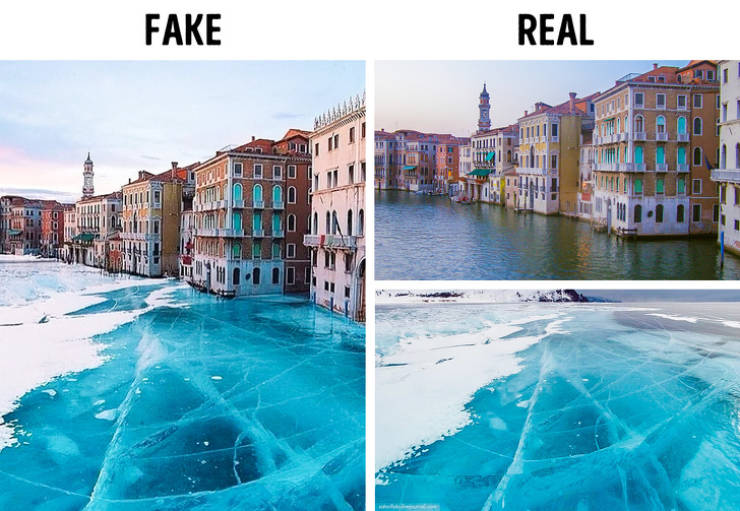 The famous canals of Venice can freeze, but it’s a very rare occurrence. Usually, the city emits too much heat and the waters in the canals are too brackish. Regardless, this photo isn’t accurate. The ice and snow appear to be taken from a photo of Lake Baikal in Asiatic Russia.

These Chinese buildings are impressive, but they’re not quite as huge. 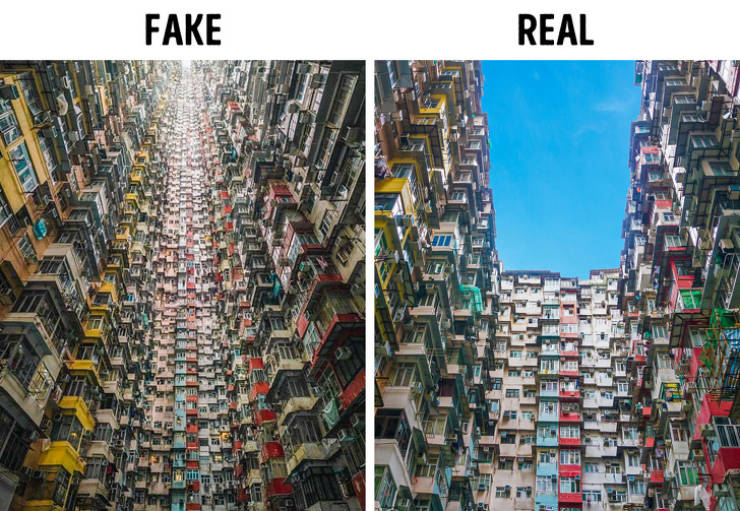 There isn’t a bear-shaped forest in Japan. 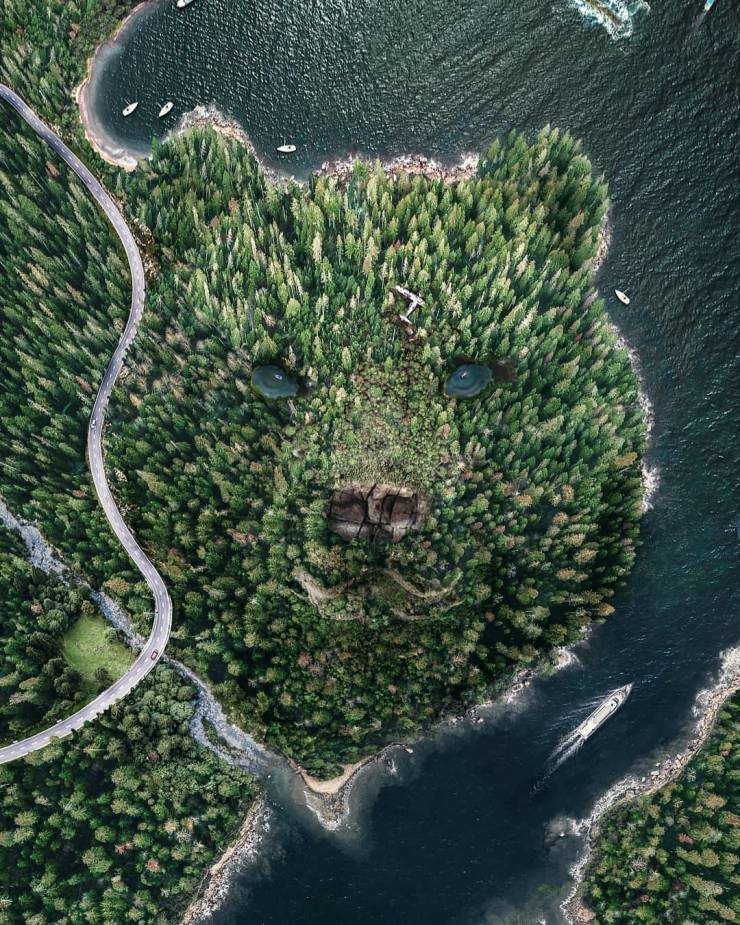 On Facebook, you might have seen images of a bear-shaped forest that was supposed to be located somewhere in Japan. The image is a digital painting from Instagram artist Fabien Barrau, telling the story of a bear-inhabited island, before humans entered the area.

This photo of the Grand Canyon was edited to look like it was filmed from space. 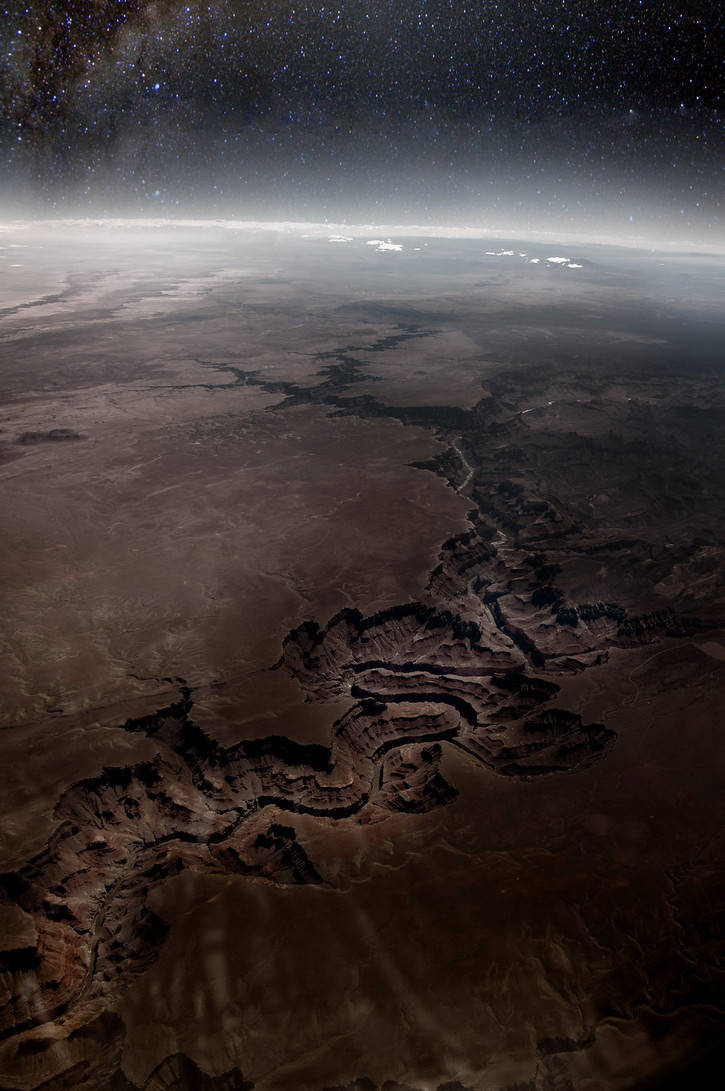 After this photo was posted to Reddit, some people were surprised to see how big the Grand Canyon looks from space. It really doesn’t. The photo was taken by Travis Odgers and was likely taken from an aircraft, not a spaceship.

This photo of a young Arnold Schwarzenegger is real... but he wasn’t a tourist. 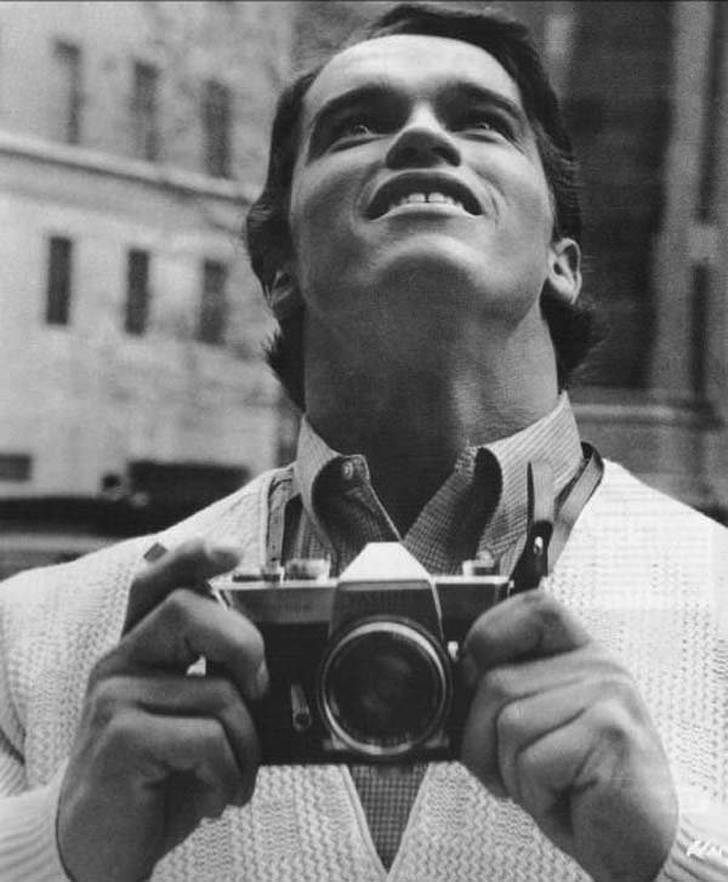 This photo has been trending on social media, claiming to be of the young Arnold as a tourist in New York, but he wasn’t unknown at the time. It’s actually a still from the movie, Hercules in New York. As Snopes pointed out, the movie was technically filmed around the time Schwarzenegger first came to the United States in the late 1960s, but it’s not his genuine reaction to seeing New York City for the first time. 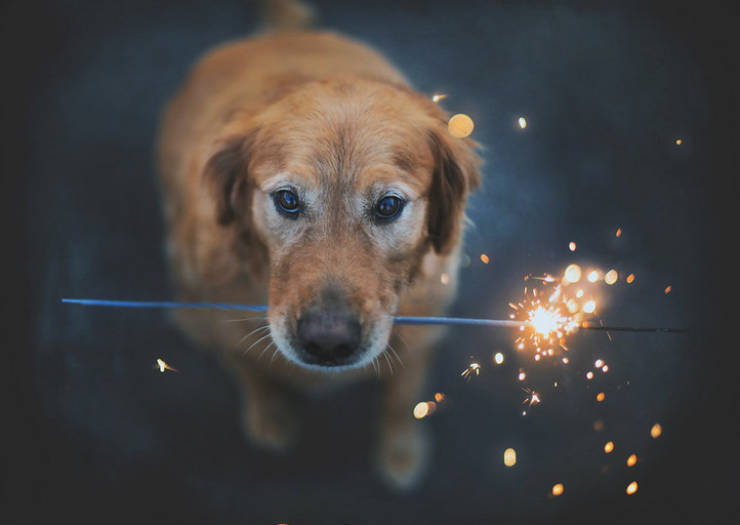 This photo has appeared often on social media sites, like Tumblr, but the original photographer has issued a warning: the sparkler was actually added digitally to the photo. Realistically, many dogs would be scared playing with sparklers.

This photo isn’t really from Woodstock. 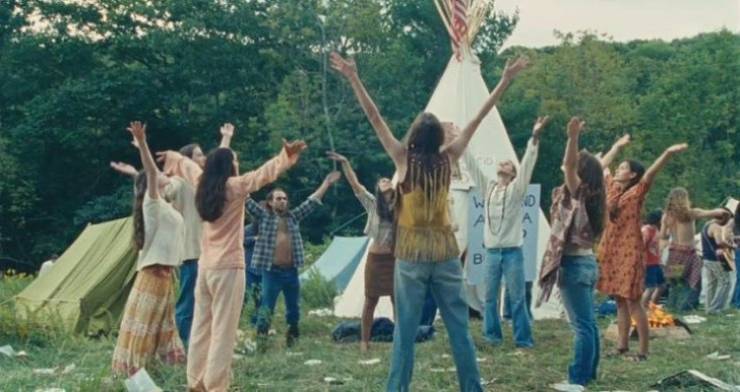 Photos claiming to be from Woodstock... but not actually from the event... are kind of a meme unto themselves. The image seen above, for example, is sometimes cited as an image from the historic festival Woodstock, but it is actually from the Ang Lee film, Taking Woodstock.

This photo is not from Ancient Egypt... it’s from Universal Studios Singapore. 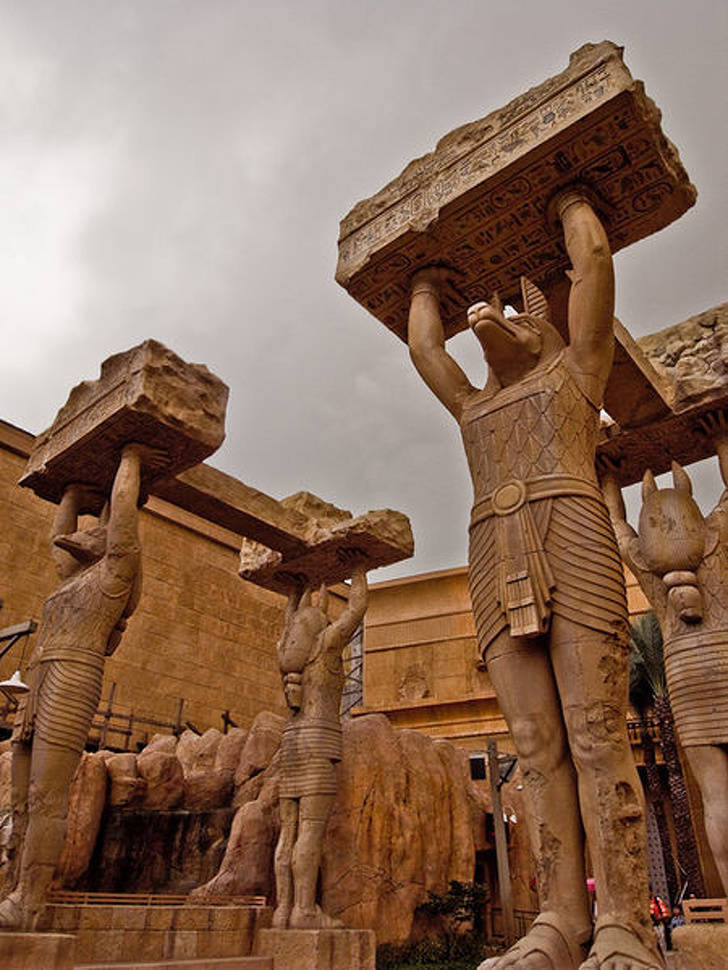 No, the Beatles did not make house calls. 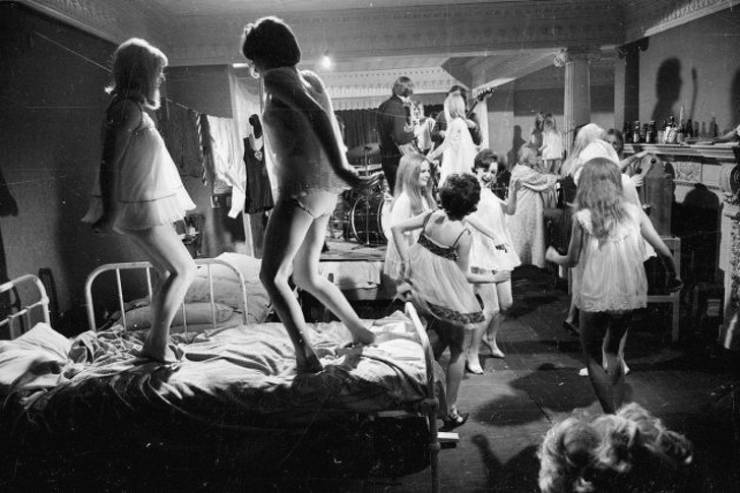 On the web, there are claims that the Beatles themselves played at a pajama party. Not only were the Beatles unavailable at the time the photo was dated, December 9, 1965, since they were playing at the Odeon Birmingham, but the photo is also actually from the 1966 movie The Great St Trinian’s Train Robbery.

This zebra didn’t really have stripes that looked like a menorah. 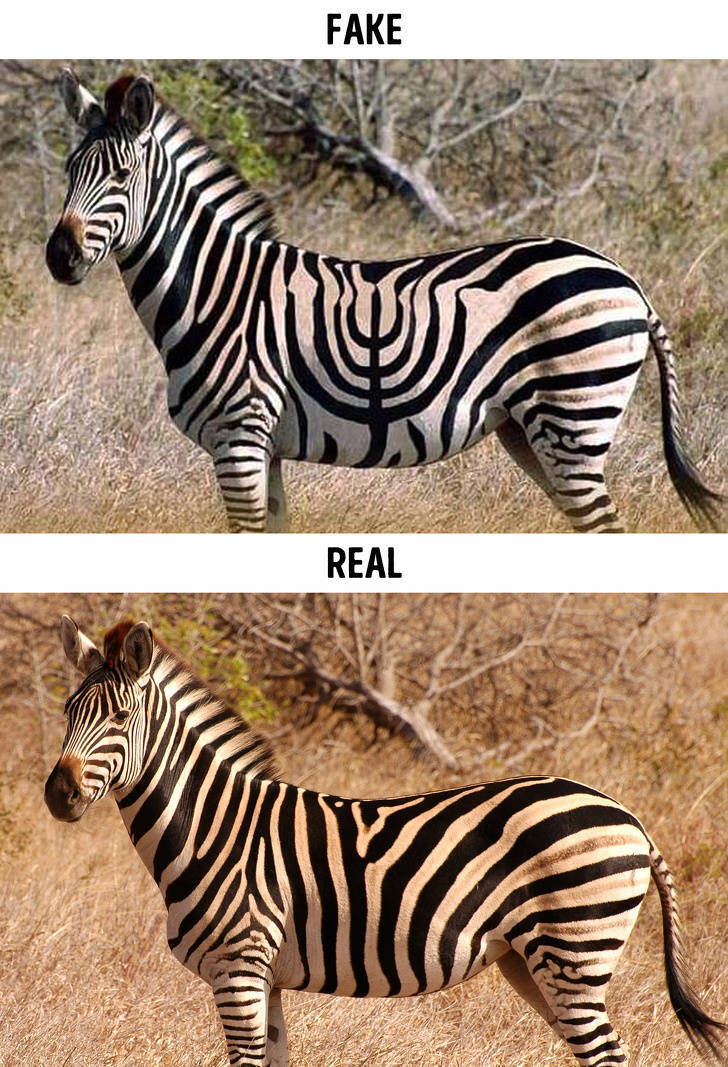 These photos were from an April Fool’s Day prank. 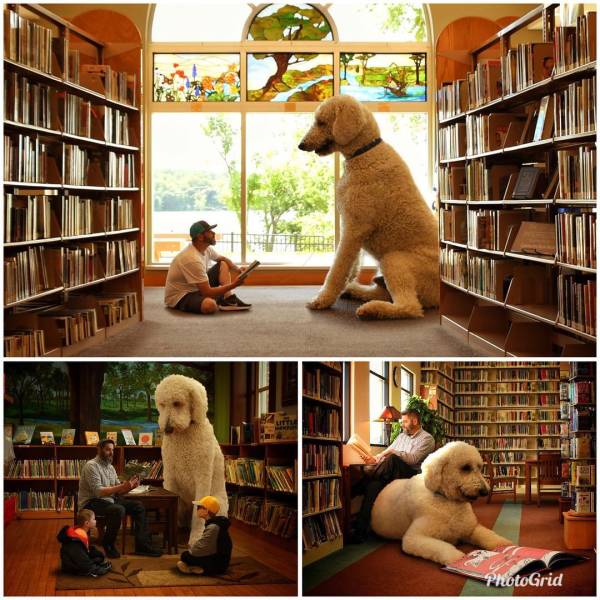 Photos and video of a man with a giant poodle trended online and even The Dodo shared a video of it. However, the whole thing was part of an April Fool’s Day joke, and the dog’s owner, pet photographer Christopher Cline, shared real photos of the dog to show that it is actually averaged-sized. 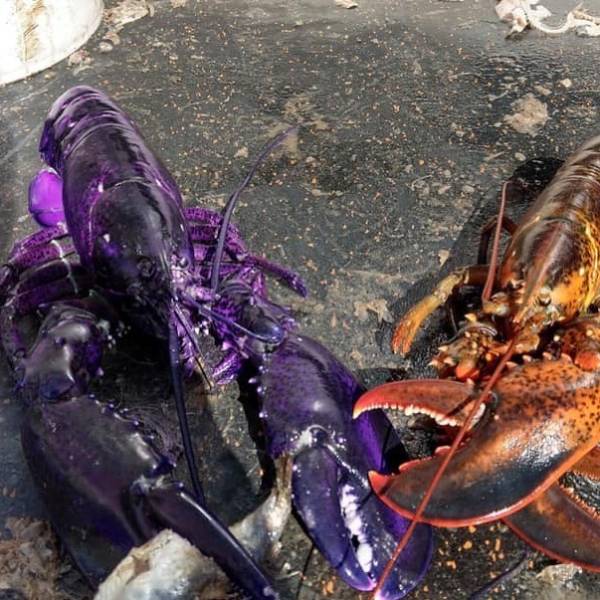 Although lobsters come in a variety of colors, the purple lobster seen above was actually the result of Photoshop thanks to Keith Potter, who claimed to have caught the rare lobster. Many news outlets reported the story as if it were true, also noting that science suggests purple lobsters could be real.

Microwaving a ball of tin foil does not smooth it out... it’s actually very dangerous. 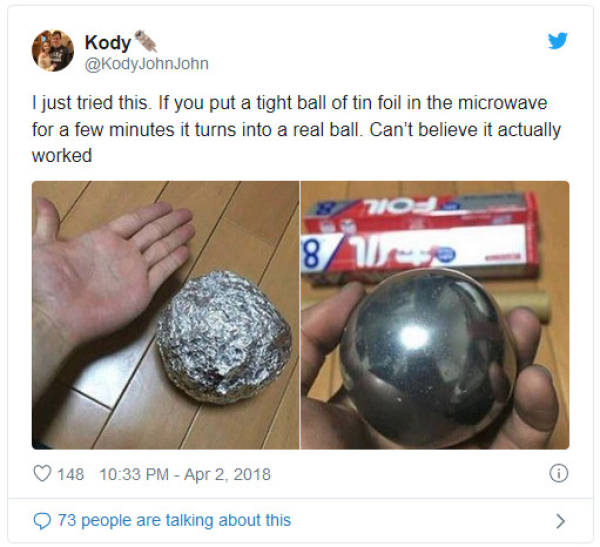 Raccoon 11 month s ago
the guy of the last one is a real a$$hole, the microwave will burn / explode
Reply