These Maps Are So Exciting! (19 pics)

Tracking of an Eagle over a 20 year period. 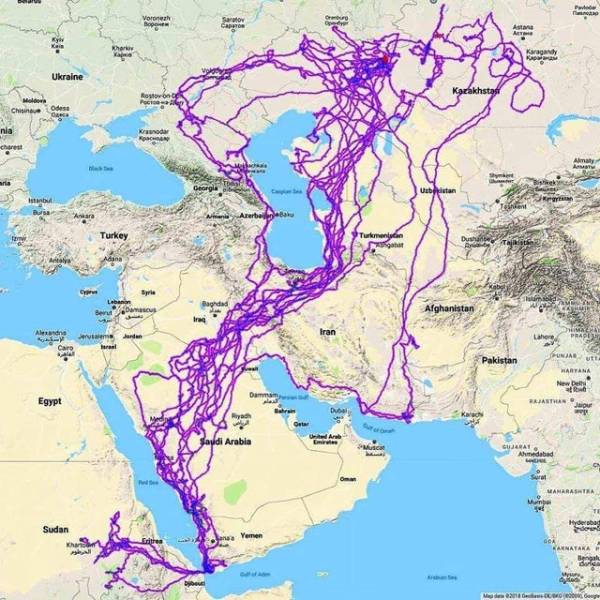 List of countries mentioned or referred to in the Bible. 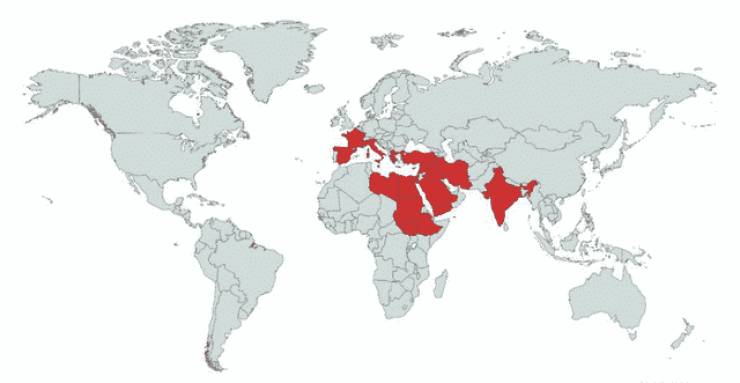 “An image of GPS tracking of multiple wolves in six different packs around Voyageurs National Park shows how much the wolf packs avoid each other’s range. Image courtesy of Thomas Gable” 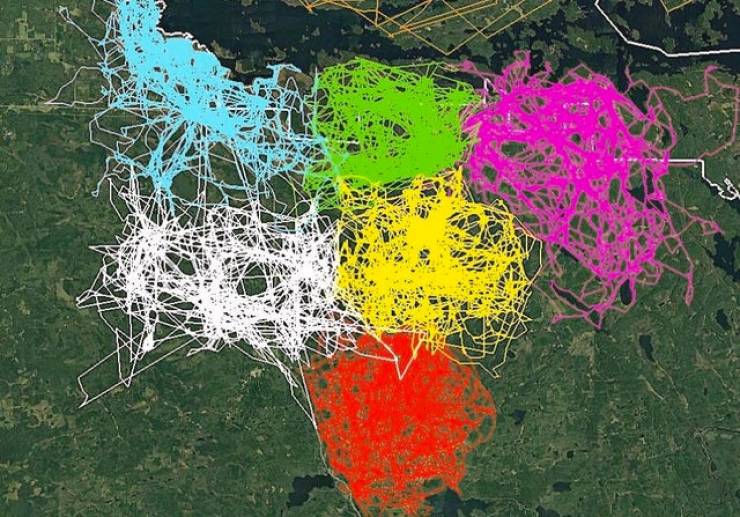 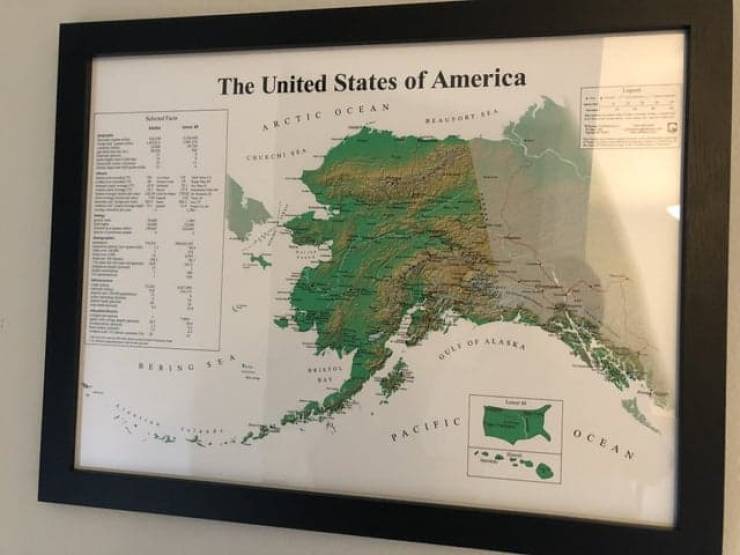 The surprising range of Flamingos. 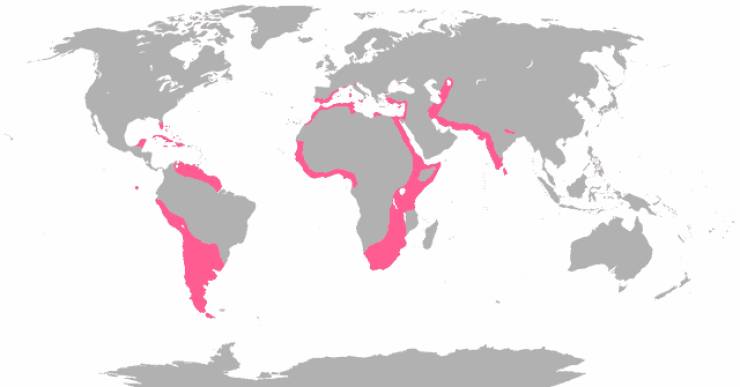 There and back again. 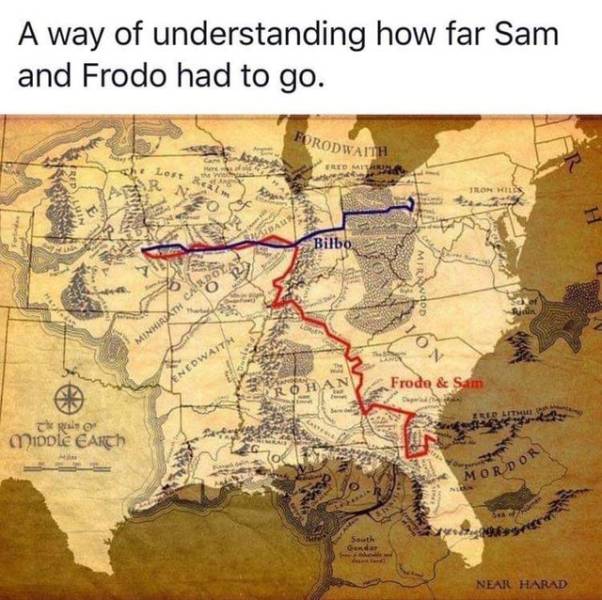 I took my brother on a 3,350 mile motorcycle camping trip for his 40th this year. For Christmas I wood burnt a map of it for him. 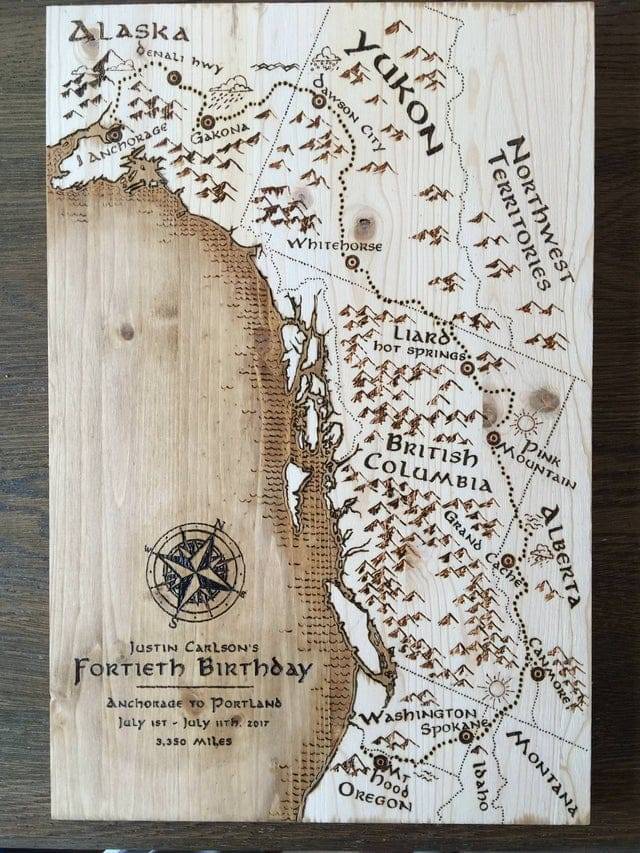 The longest possible train travel in the world. 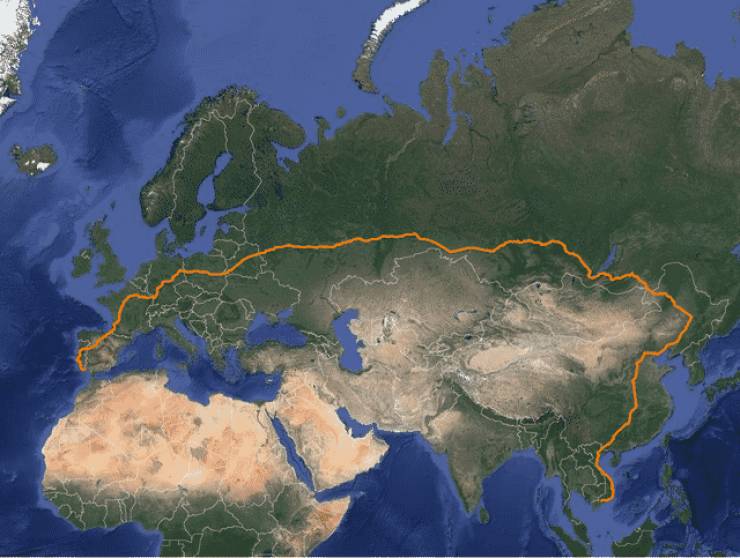 Who Knew Giraffes Had Different Patterns? 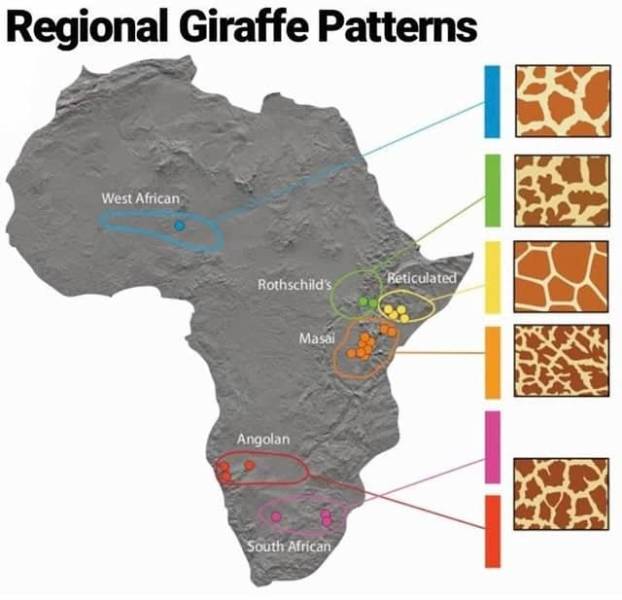 The history of accuracy in world maps.

Each section has 10% of the world’s population. 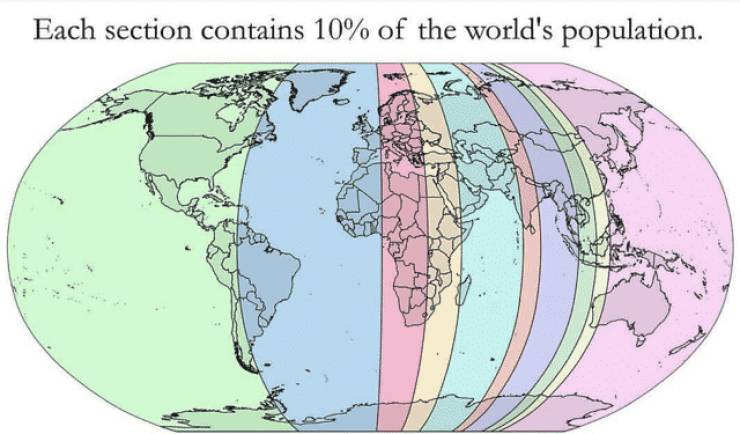 Locations Johnny Cash claims to have been in “Ive been everywhere.” 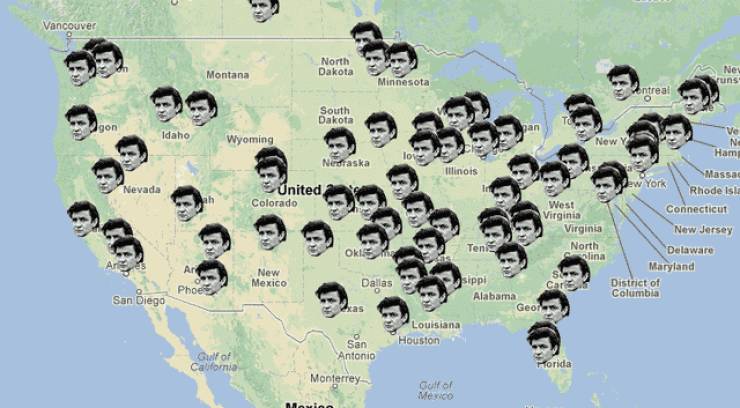 Comparing the population of the Dakotas and Manhattan. 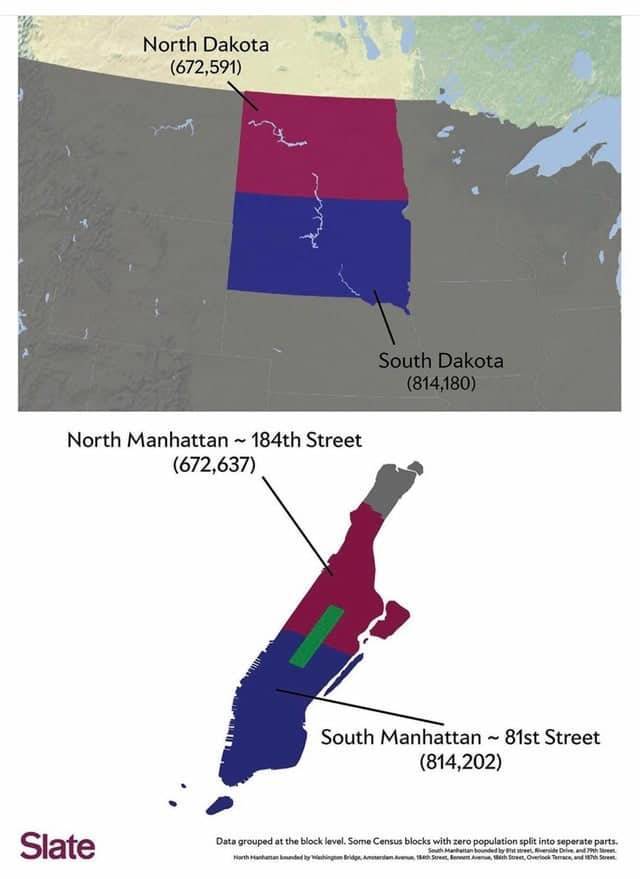 50 Percent of Canadians live south of the red line. 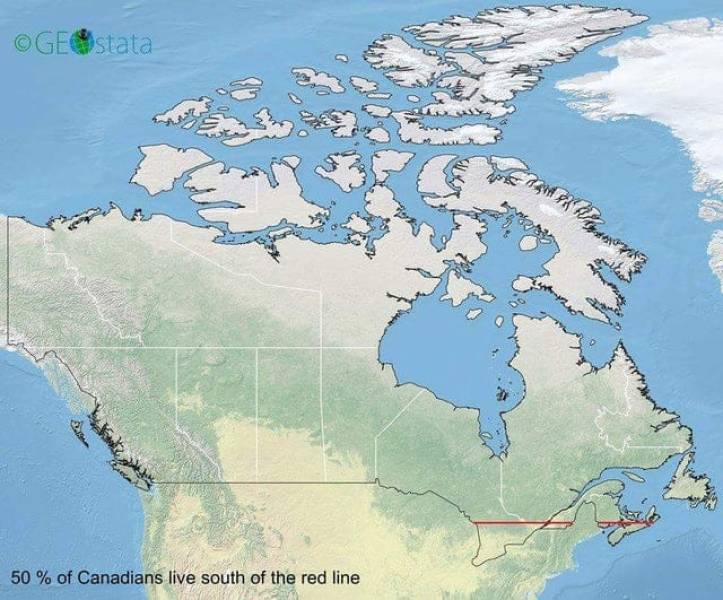 How much snow does it usually take to cancel schools? 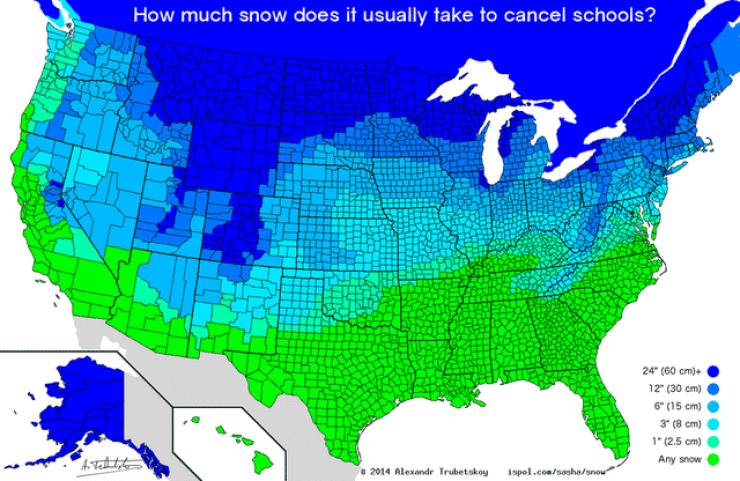 “3D “visualisation” of the fires in Australia, made from NASA satellite data. These are all the areas which have been affected, but not all the areas are still burning.” Credit ~ Anthony Hearsey – Creative Imaging 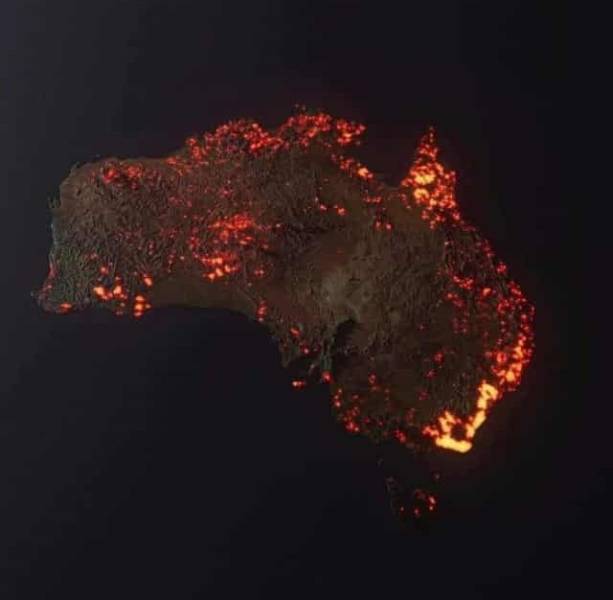 Virginia’s territorial claims over the years. 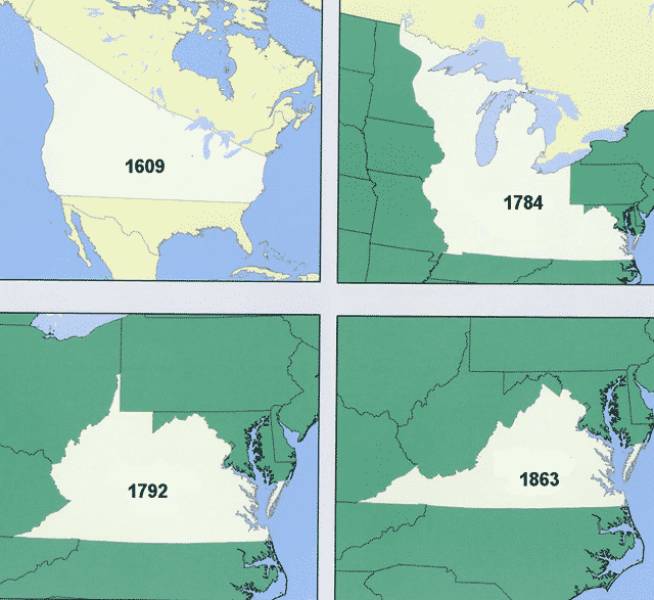 The entirety of continental South America lies east of Michigan. 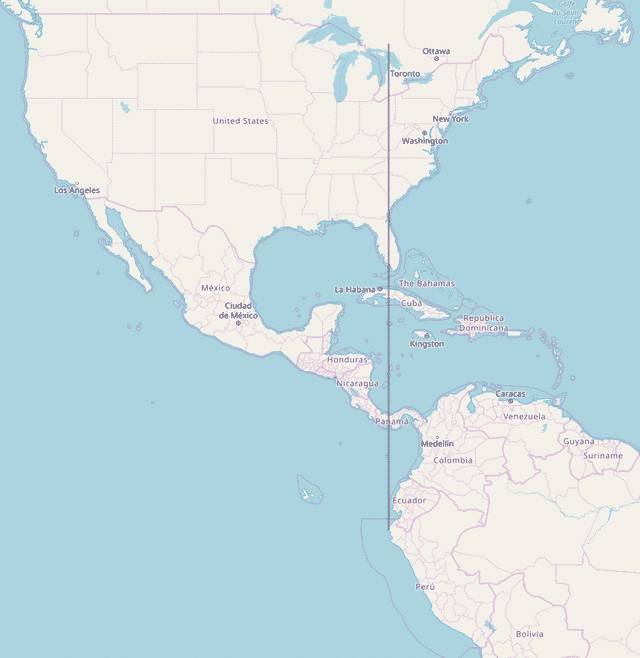 Japan, how big it is in reality? 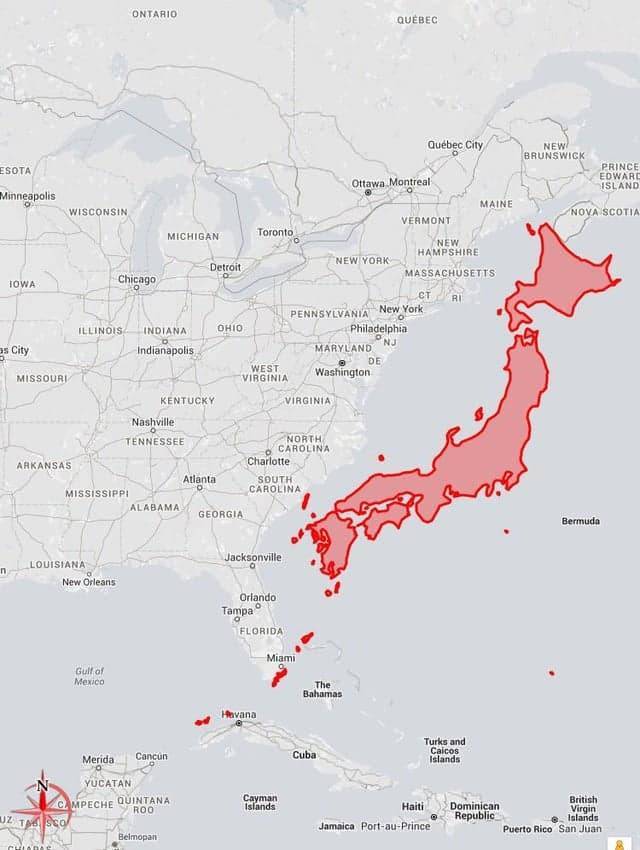